The Alive State of Utah.

A strange conversation I had during the past summer prompted me to gather up photos of animal and plant life that I have encountered living in Utah.  The conversation went as follows:

Female Visitor: "What are those yellow flowers along Route 491 from Cortez to Monticello?"
Me: "Sunflowers, Yellow Daisy? We have a large variety of plant life around here."
Female Visitor: "No, no, no, I know what those are and the yellow flowers I saw aren't either of them."
Me: "Did you take a photo I could look at?  If I don't know it offhand, I could look in one of the nature books we have for sale."
Female Visitor: "What is the matter with people around here; why are you so ignorant that you don't even know what flowers grow on the roadside???"
Me: "Ummm...what?"

Now I have to tell you that as insulted as I was by what she stated, I still smiled and wished her a good day and a safe journey.  Inside though, I plotted her demise in many ways.  Now I own "National Audubon's Field Guide to the Southwestern States" and "Canyon Country Wildflowers" which are packed with hundreds and hundreds of photos linked to species of flowers, bushes, wildlife, birds, insects, etc.  I have the books to help me out with "what is that....?" questions; common sense, and assuming that anyone knows every item in these books makes one, well, an ass.

So I am going to share with you some photos of many of the creatures and plant life that I have seen; there are so many more I have heard about, or missed photographing as it ran off into the forest or underbrush.  Doesn't mean I won't keep trying to capture their images.

Moonflower Canyon is named after the Dakura; this plant is very poisonous and should NOT be ingested.
﻿﻿


Desert Paintbrush is a more compact form of Indian Paintbrush; growing in desert sand, this plant grows in a bush formation with shorter stems.
﻿


The Yucca plant was a very important staple for the Native American; the roots and flowers are edible; the seed pods can be boiled down to make a sweet paste, or hardened into a candy; the fibers from the stems were used to make footwear and rope.


When I first saw Pronghorn Deer, they reminded me very much of photos of African antelope. So far I have seen them in Thompson Springs, on the road going to the Needles and Anticline Overlooks, and the San Rafael Swell.

﻿ Mule Deer are the prominent species of deer in the area; although they reside mostly in the forests of the Abajo and La Sal Mountains, they do not hesitate to come into town looking for food.


While Ravens are a dime a dozen in this area, I was lucky to capture a photo of a Wren sitting on a sandstone formation at Arches National Park.

﻿
This Sphinx Moth I found sitting on the front steps on a cool morning; after bringing it inside and letting it warm up, it began to move its wings and fly to the nearest houseplant.  I brought it outside, placed it on a plant sitting in the sunlight; eventually it flew away.  I bet it was a little happy camper after being cared about.


Death is a common occurrence out in the wild and the environments in this area should NOT be taken for granted. If you must bring your pets, make sure they are leashed, kept in pet carriers, or housed somewhere that they are well cared for.
﻿﻿ 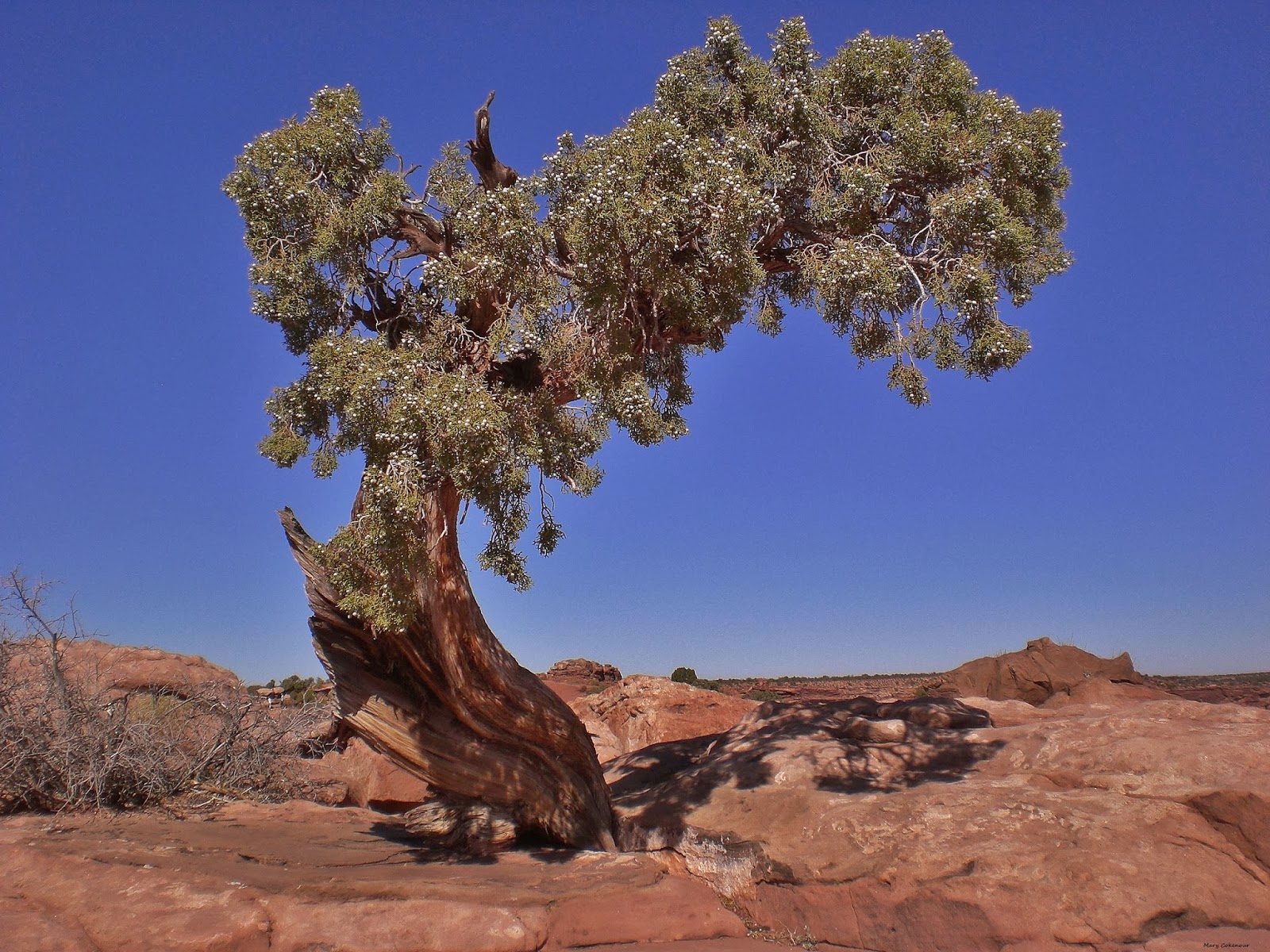 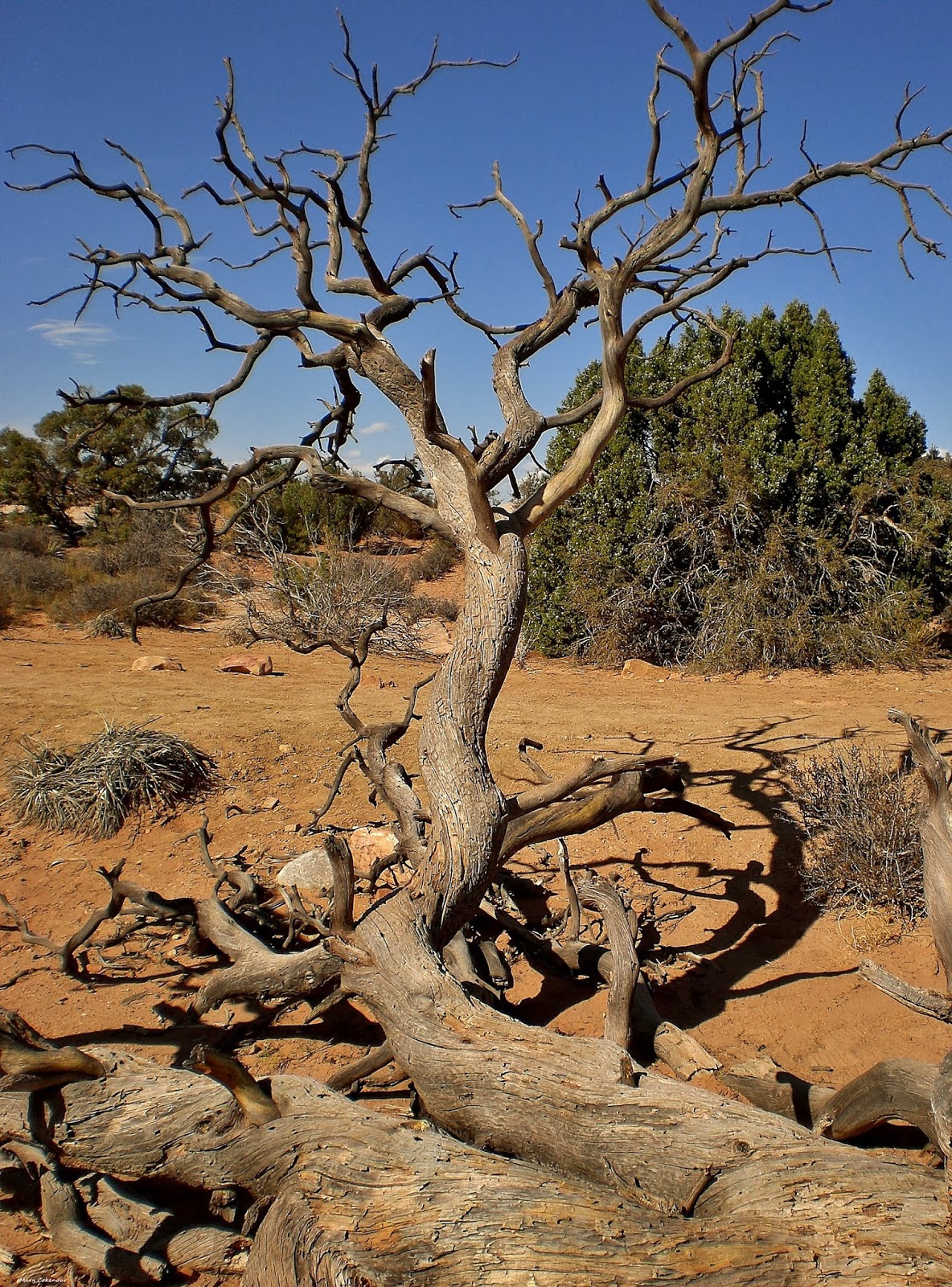 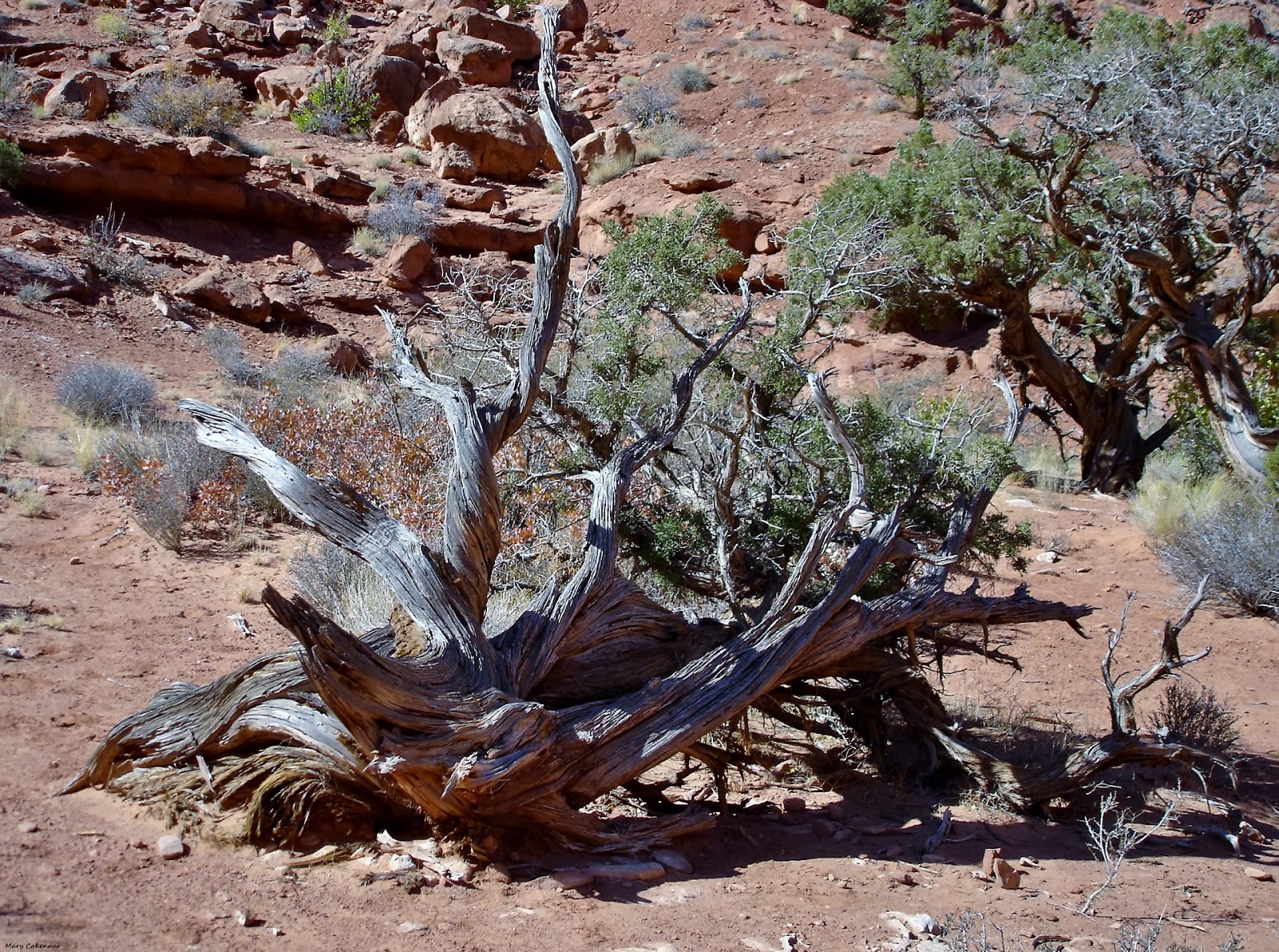 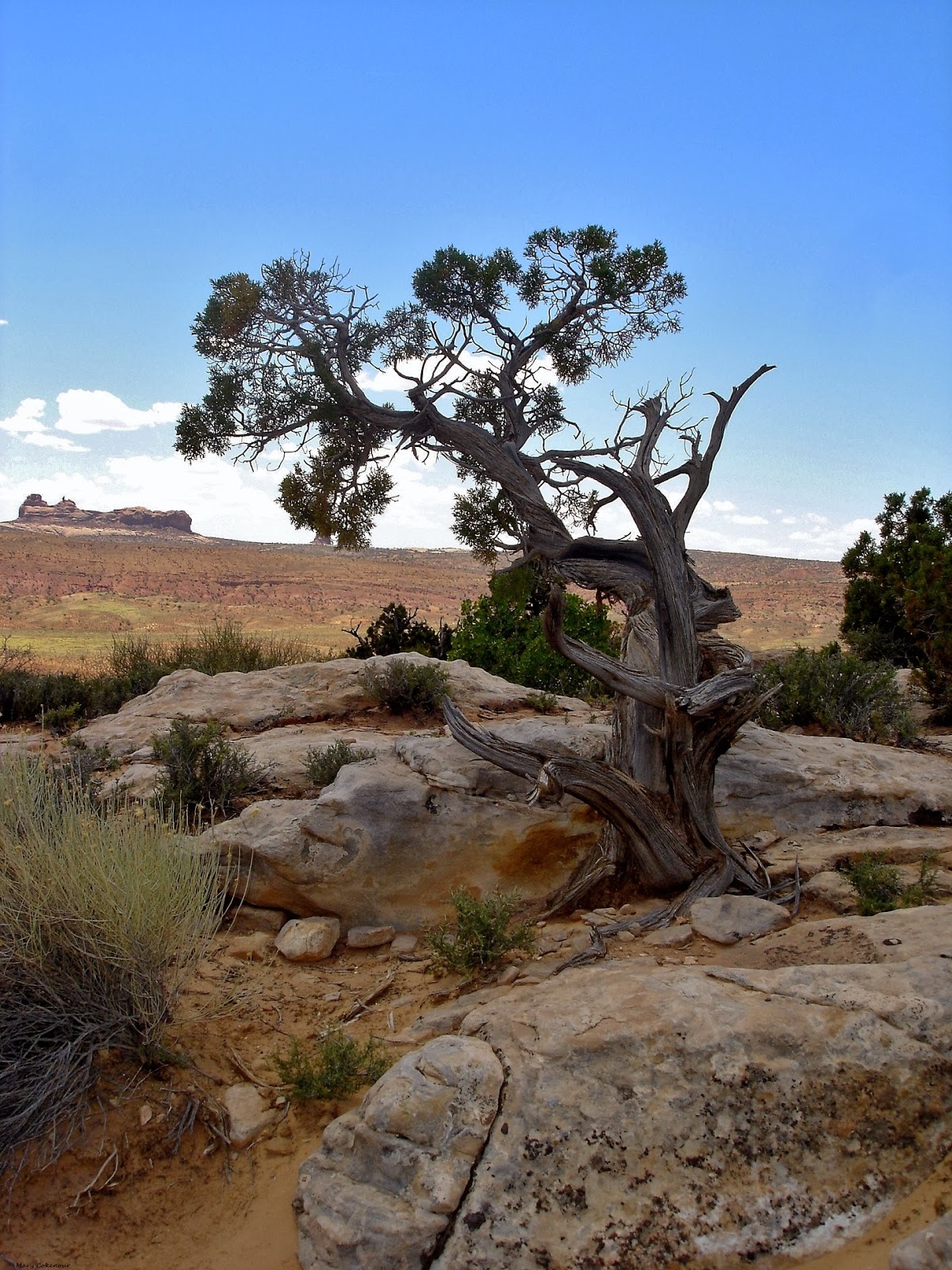 In essence, when you take a vacation and go someplace you have never been before; please do not assume that any locals you speak with know everything about everything, have gone everywhere, have done everything.  Living out here in the Four Corners area, anyone is lucky to do about 25 percent in a lifetime; yes, there is just that much to see, do and experience!