Butler Wash Ruin is a cliff dwelling that was built and occupied by the Ancestral Puebloans, sometimes known as Anasazi, in about 1200 AD.  There are habitation, storage and ceremonial structures, including four kivas. 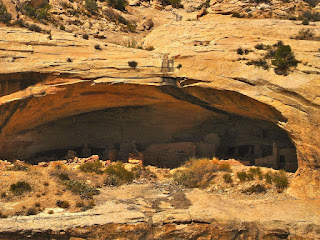 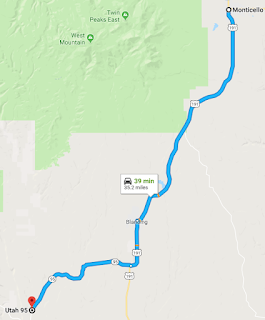 ·         Difficulty: Moderate.  Trail to the site winds its way across slickrock and into/out of washes to reach an overlook of the cliff dwelling. An interpretive sign is located at the overlook.

There are a couple of benches along the trail; sit and enjoy the scenery.  Bring a picnic lunch, but whatever you pack in, must be packed out! 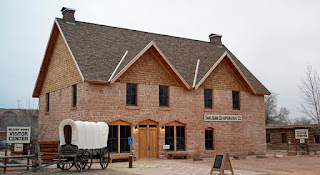 Bluff Fort Visitors Center resides in the rebuilt Bluff Co-op, while the reconstructed fort area itself gives historical insight to the trek of the Hole in the Rock Mormon Pioneers who traveled from Escalante and settled in Bluff in 1880.  There are log cabins (narrations of settlers’ story featured in each), covered wagons, Navajo Hogan and much more to depict living a pioneer life. 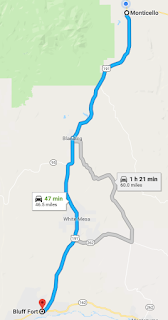 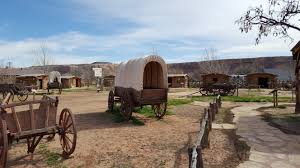 ·         Museum, gift shop & visitor information is inside the rebuilt Co-op.  A bank robber, who misjudged how much dynamite would blow up the safe, blew up the original building in 1925.

·         During the months of March – October, fresh baked cookies & brownies are offered for sale, as well as ice cream.


This is a nice rest stop, the employees are volunteers who dress up in period pieces, and you can't go wrong with a freshly baked cookie or brownie.

Posted by Mary Cokenour at 7:34 AM No comments:

Wow, it was almost one year ago that I wrote up our adventure to Sand Island, and finding the mammoth carvings.  At that time I only showed the one carving, but we went back and found the other one (they're not easy to spot!).  Then life decided to take time away from my writing and devote it to other ventures.  Anyway, the photo folder has 189 photos for me to go through, and then I can write up Part 2 of the Sand Island - Search for the Mammoths.

Which also got me to thinking about adding a new feature to this travel blog...Travel Guides, and my first one will be on Sand Island. 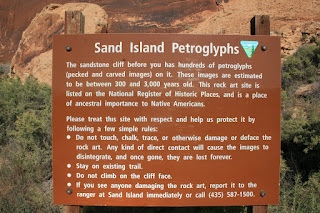 There is a BLM campground there, so you can vacation with rock art on one side, the river on the other.  Other information will be on pets, difficulty of trails, contact information, etc.

I'll include Google Maps directions with a starting point of the traffic light at Monticello, Utah's Main and Center Streets; and the accompanying map.  Remember, technology is not guaranteed to work in the 4 Corners region due to the canyons, mountains, and various other landscapes.  Always have paper maps with you, just in case. 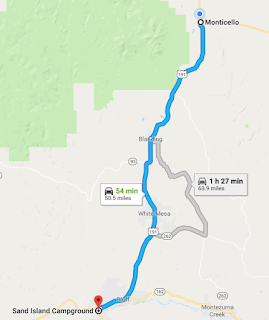 As with any archaeological site, do NOT tamper with, or leave any marks, upon the walls.  The rock art is NOT ancient graffiti; it is the historical writings of the ancient Native peoples who lived, and traveled throughout, these lands. 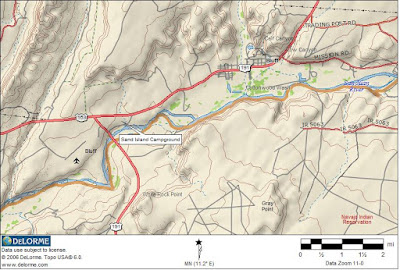 
Posted by Mary Cokenour at 3:40 PM No comments:

For over six years I have worked in the tourism industry here in San Juan County, Utah.  Most of the time I had a roaring good time sharing information with visitors about the 4 Corners region of the United States.  Once in a while, a great while, a visitor to the area would be so miserable, she or he just couldn't be helped.  Being miserable was a priority, and bringing everyone else's good spirits down was part of that priority.  Then there is the issue of the Bears Ears National Monument, and folks are still fighting about that!  How many times I would meet a person ready to fight about it, and with my response of, "I don't care!", see them deflate, body language full of defeated purpose.  How many times is countless, yet priceless; as it amazes me that people on vacation are looking to verbally fight with strangers, instead of enjoy San Juan County's beautiful scenery.

Then there is the Latigo Wind Farm, just north of the small town of Monticello; located in front of the lowest base of the Abajo Mountains; so the view is not ruined at all in reality.  I will be posting, from sPower's website a photo and what was written about the wind farm, so you can know their purpose for it.

But before I do that, let me relate a story to you all.  One day I met two women from Florida, two seniors traveling together on vacation.  One woman approached me and asked, "That wind farm over there, is that the reason this area is so windy?"   Now if you haven't been to this area of San Juan County, Utah, the winds here can get quite extreme.  Ah, but as locals describe it, 10-30 mph is Slightly Breezy; 30-50 is Breezy; any mph over 50 is, "Boy, it sure is Breezy today!"  So, back to the Florida ladies story...

Again, the question to me was, "That wind farm over there, is that the reason this area is so windy?"
With a smile on my face, I replied, "Yes Ma'am, that is the reason", to which she turned to her traveling companion and yelled, "I told you so!", and off they went to whatever adventure was next.

See, in the tourism industry, a customer service person is on the front line and meets individuals from every walk of life.  Not everyone is cut out for this type of employment, but myself, I am damned good at it!  Or was, for now I'm taking a break, getting back to things that are more important to me...my family (my hubby Roy and our pets), my blogs (and yes Ms.manager of a welcome center, my photos, maps and writings ARE copyrighted, so stop downloading and giving them out under your name *insert evil stare here*), and life in general.  Too often these important aspects of my life were set aside to deal with priorities demanded by others.  To sit in my comfy chair, typing away, uploading my photos (oh, if in Monticello, Utah, visit the Hideout Community Center and you'll see my photography hanging there in the main hallway, and conference room), and just enjoying...life.

To all those readers of my blogs, thank you so much and I greatly appreciate you all!

So here is sPower's information, so you can be a bit more educated on the purpose of a wind farm.  sPower has an office on Circle Drive in Monticello, and they'll gladly answer any other questions you might have.

Towers reach 280 feet tall, and are topped off with a 2.3-megawatt turbine made by General Electric. Three, 187-foot-long fiberglass blades catch the wind. The windmills are aligned in three rows along a series of undulating ridges on 3,600 acres of private land that sPower leases from a group of landowners. Armed with sensors and computers, the turbines automatically swivel up to 360 degrees to find the wind. The individual blades twist or flatten depending on wind speed. They start producing power at 9-12 miles per hour, and if the wind is over 57 miles per hour they shut down. The towers are bolted together in sections from the inside. They are each anchored at the base by 400 cubic yards of concrete with tons of rebar, and bolt cages. The blades are attached to the 94-ton turbine on the ground, then lifted by cranes into position on top of the tower.

The wind farm has a capacity of 61 megawatts, enough to provide electricity for 10,000-20,000 homes for a year depending on wind production, according to the Energy Information Agency. The power generated will go directly to the national grid, and not local electric utilities.

sPower has secured a 20-year purchase power agreement with PacifiCorp, a major utility based in the Northwest.  Branching out into wind development demonstrates sPower’s solution neutral philosophy — a flexible approach that allows sPower to find environmentally and economically responsible renewable energy opportunities. Latigo’s ideal location is within a few miles of major transmission lines, a convenient on-ramp for the national power grid.

To deliver power to the grid, two massive transformers with a combined weight of 2.5 million pounds were delivered in November and installed at the Pinto substation on the outskirts of Monticello.

The largest of the two transformers weighed in at more than one million pounds. They were manufactured in China and transported by ship via the Panama Canal, then traveled by rail to near Gallup, New Mexico. The units were slowly trucked the rest of the way through New Mexico, Arizona, and Utah on a two 30-axle trailers, each with 240 tires.

Monticello’s newspaper, The San Juan Record, described it as “the largest phase-shifting power transformer in the U.S. and the second-largest in the world.”

Latigo is part of a perfect storm of economic development for Monticello, and this renewable-energy corporation plans to partner on education programs.
“We are strong proponents of careers in clean energy,” said Keller of sPower.   sPower is collaborating with the staff to co-create energy content learning exhibits.

sPower, an AES and AIMCo company, is the largest private owner of operating solar assets in the United States. sPower owns and operates a portfolio of solar and wind assets greater than 1.3 GW and has a development pipeline of more than 10 GW. sPower is owned by a joint venture partnership between The AES Corporation (NYSE: AES), a worldwide energy company headquartered in Arlington, Virginia, and the Alberta Investment Management Corporation, one of Canada’s largest and most diversified institutional investment fund managers.