Taking the road up through the Abajo Mountains is a simple given when you want to get away from the realities of the world for a little while.  Oh, all the problems and issues will still be waiting for you; but with a clear mind, maybe they won't seem as impossible as before.

A second area that can have the same effect is the Scenic Byway 211 that takes you to Canyonlands National Park - Needles District.  You don't have to go into the park to get your mind set back; why do you think it's called "scenic byway"? 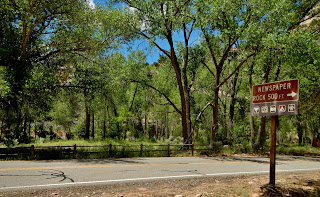 500 feet before the parking area for Newspaper Rock is a small pull-in area; across from it is a trail heading?  Well, according to my DeLorme Utah map, it would have eventually connected up with the trail through Shay Canyon and onto Shay Ridge; we weren't going that far today.  We'd had a lot of rain, so the Indian Creek was flowing wonderfully; our dog, Jenna, loved playing in the rushing water. 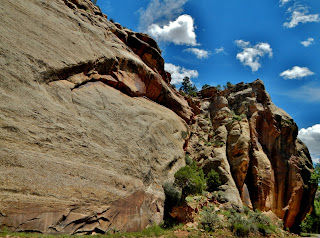 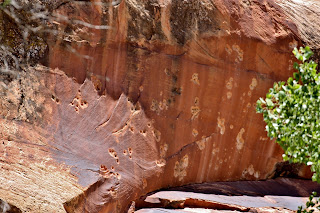 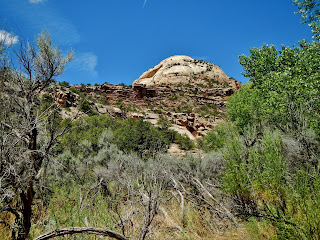 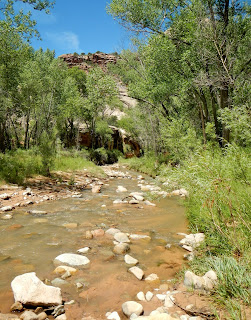 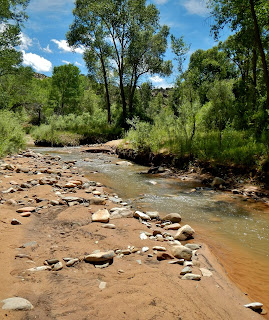 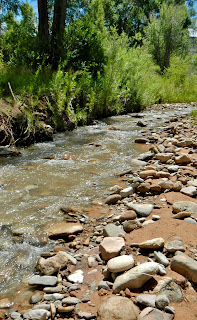 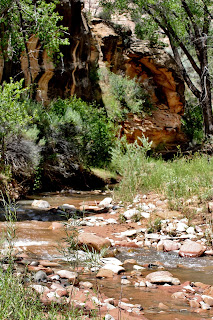 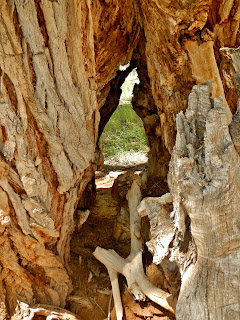 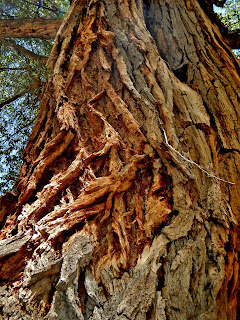 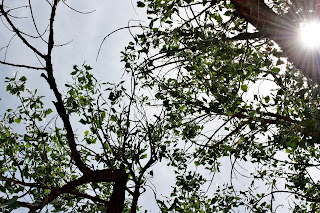 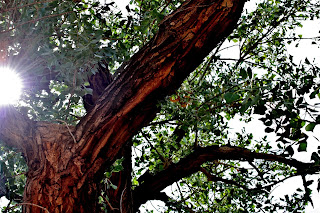 Going towards Needles, it's always a thrill to be coming round the bend and the entire valley opens up.  The classic scene is Bridger Jack Mesa and the Six Shooters; they are always a breath taking scene. 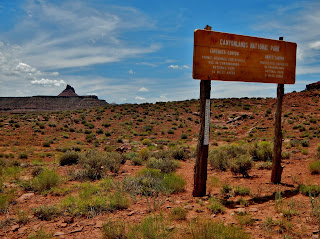 We found the trailheads to Lavender and Davis Canyons, but we only went as far as the split.  All the rain we'd been having was causing flash flooding, and the trails were a total mess.  Good thing we didn't try them out at all; the next week I met a man who told me he and his son had gone out to Lavender Canyon.  A flash flood had hit and the road was underwater; they were stuck out there for four days!!!  They were smart enough to have plenty of food and water with them, but cell service in these parts is hit or miss.  Only the week before, a photographer had gone out to Davis Canyon, gotten stuck out there, tried to dig out his vehicle and died of a heart attack.  He had not told anyone where exactly he was going; this is why you don't go out alone, nor tell anyone where you are going!!! 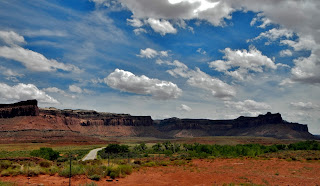 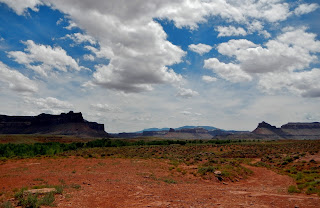 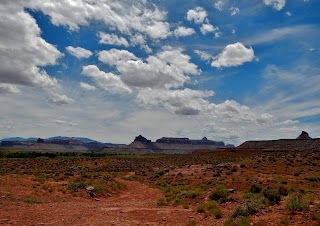 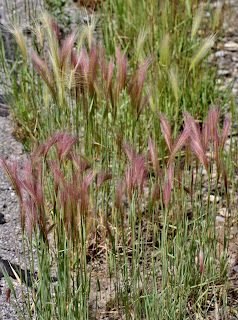 An interesting site you might see along the roadways is a colorful grass-like plant. I've seen sunny yellow, bright green, deep red and purple; as pretty as this plant is though, it is a weed and can be dangerous to canines.  The seeds of Foxtail Grass are extremely tough and cannot be broken down by the body; ingestion can be fatal to dogs; embedding into the skin can lead to severe infections.  For more information, go to WebMD and their section on pets (website: http://pets.webmd.com/dogs/foxtail-grass-and-your-dog ).

As always, this jaunt along Route 211 included a picnic; sitting along the Indian Creek under the cottonwood trees could not have been more lovely.  With any trip into San Juan County's beautiful areas, have plenty of gas, healthy snacks, water and don't forget the picnic!