Up and Over Deer Neck Mesa.

In the late winter, Roy and I explored San Juan County roads in the Lisbon Valley area, however, some were still too full of snow to get through. One of these roads was CR 323 or Deer Neck Road which goes up and over a portion of Deer Neck Mesa. Roy couldn't be with me for this adventure, so my dog, Jenna, quickly volunteered to be my traveling companion.

Two maps with CR 323 hi-lighted in orange to help you follow along. 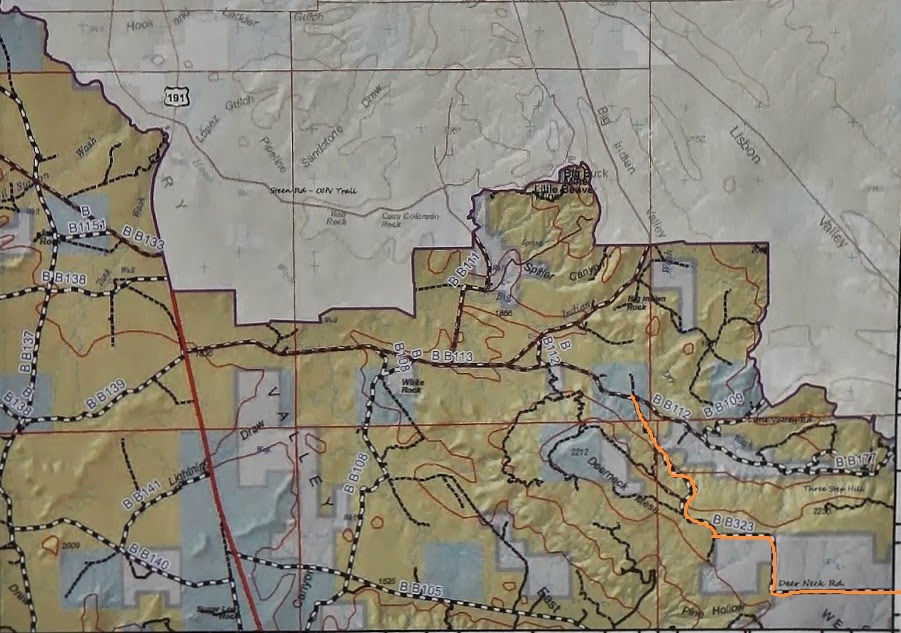 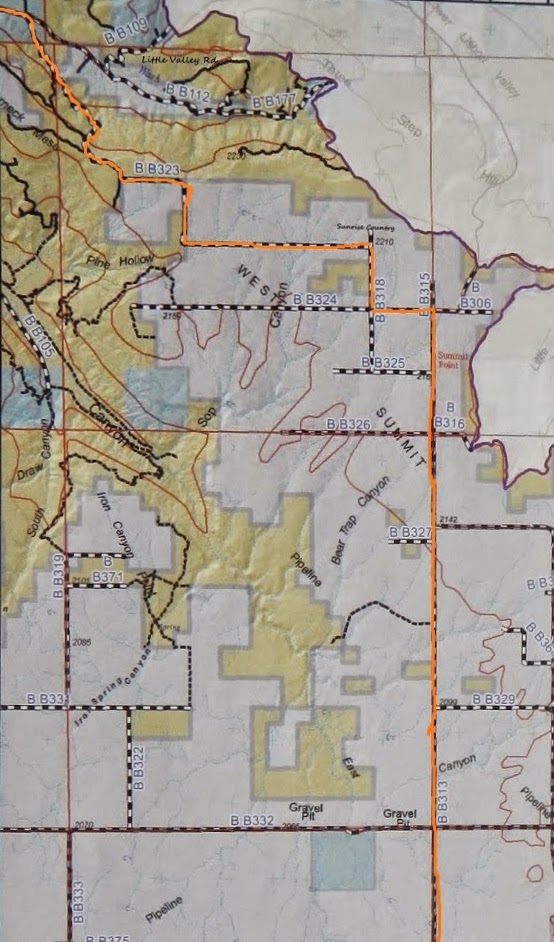 After turning onto Lisbon Valley Road and going three miles, there is a dirt trail off to the right.  This trail ends a half mile at CR 108 which leads around White Rock, however, there is another dirt trail that runs parallel, and closer to White Rock.  Well you know I had to find out where it went exactly and what I could see; unfortunately, this trail became sandier and sandier.  I found a level pull in area that I could make a safe turn around in, parked and did some impromptu hiking.  While the scenery from White Rock is gorgeous, it is marred by electrical towers and wires stretching across the valley.

﻿
Back onto CR 108, I drove eastward about a half mile before it, once again, met with Lisbon Valley Road.  After 1.5 miles, still traveling east, I came upon a newly graded gravel road; yeah, I had to see what this was about; but it ended at CR 112 only after a half mile.  That was just fine though, as I knew I needed to get on CR 112 eventually to access CR 323 and Deer Neck Mesa.  Before I got to CR 323 though, immediately was a dirt trail leading towards the Mesa and it was so inviting.  In only 3/10ths of a mile, I came upon a wondrous land of slick rock which was obviously used as a camping area.  Oh, this was a fun place to explore! 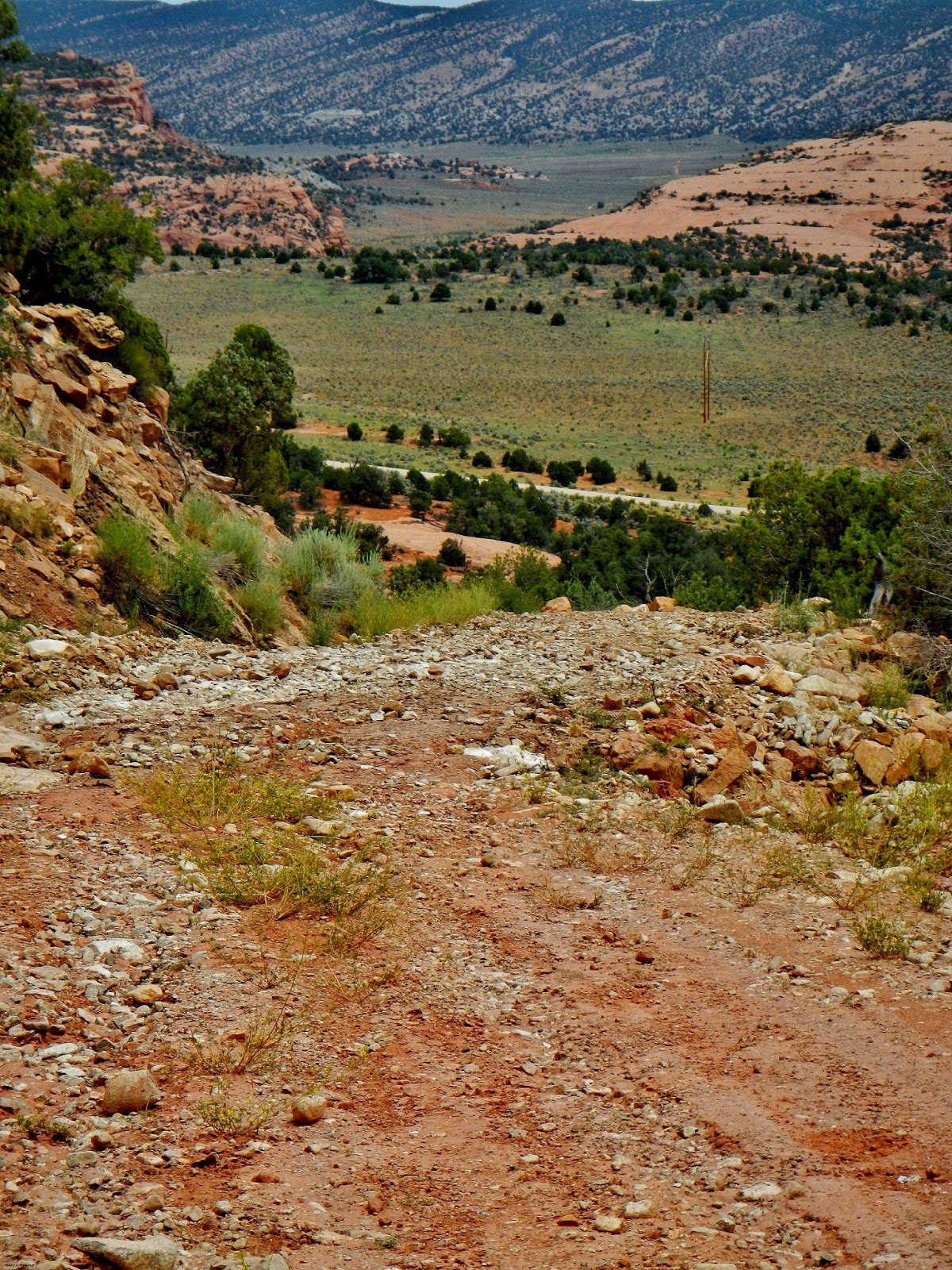 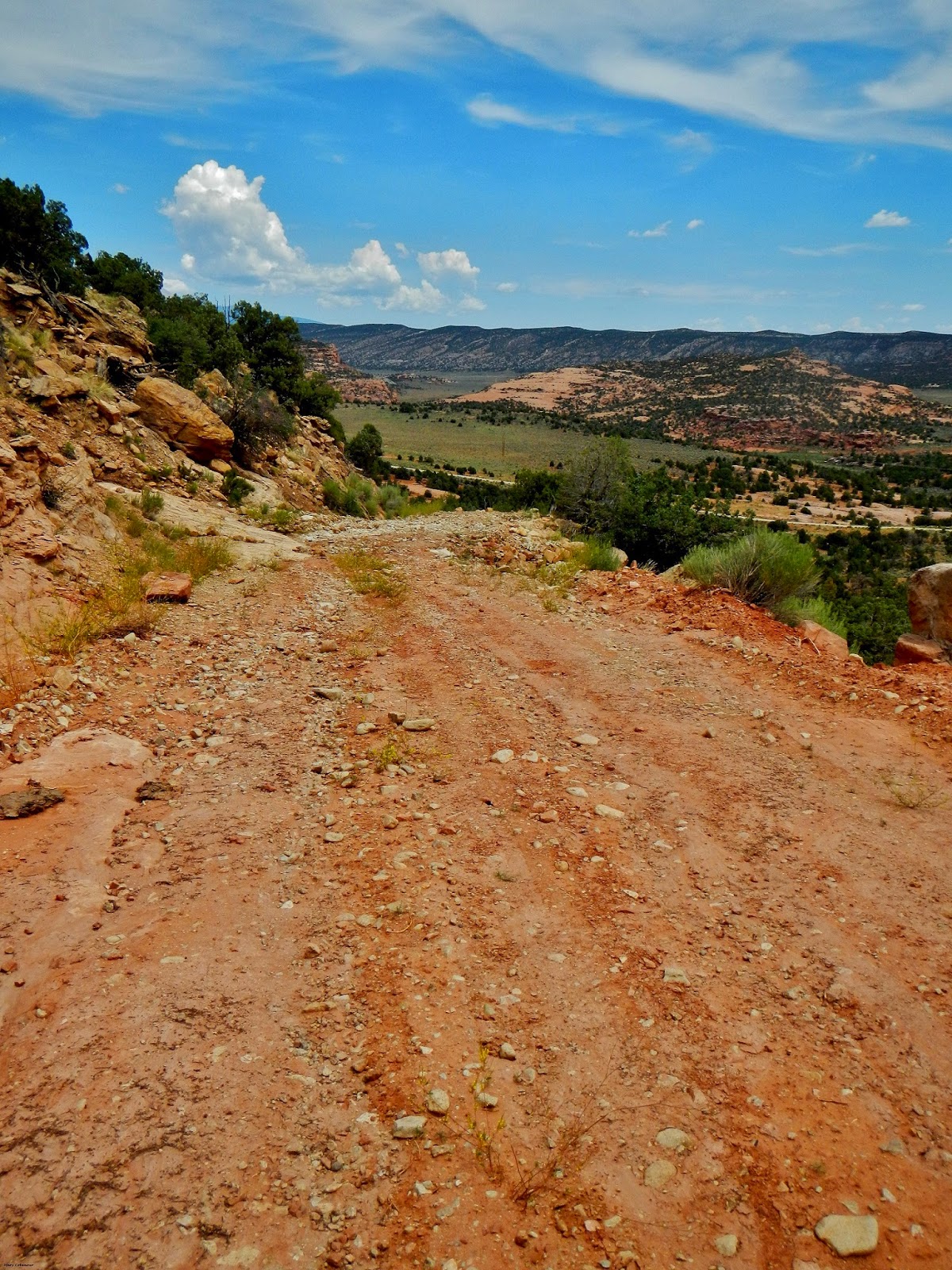 Back to CR 112 and making the turn onto CR 323, yes, it was that close!  This road begins as dirt, immediately turns to gravel, and after that is anybody's guess; there was no rhyme or reason, but many a "Holy Sh*t" when the road was nothing more than broken up rock.  You'll get what I mean by the next set of photos of portions of the road and how it ever changed from dirt, to gravel, to "what the heck!" and back again.  Now what encouraged me to go on?  Number one was to conquer fear.  Number two was that the road had obviously been graded and the wide tire tracks indicated a large sized vehicle (larger than my SUV) had done the work; if it could make it, so could I!  I needed to pay strict attention as there were gaps along the sides now and then, or a rather large rock lying on the road that I had to circumvent.  To take pictures required many stops which allowed Jenna romping time. 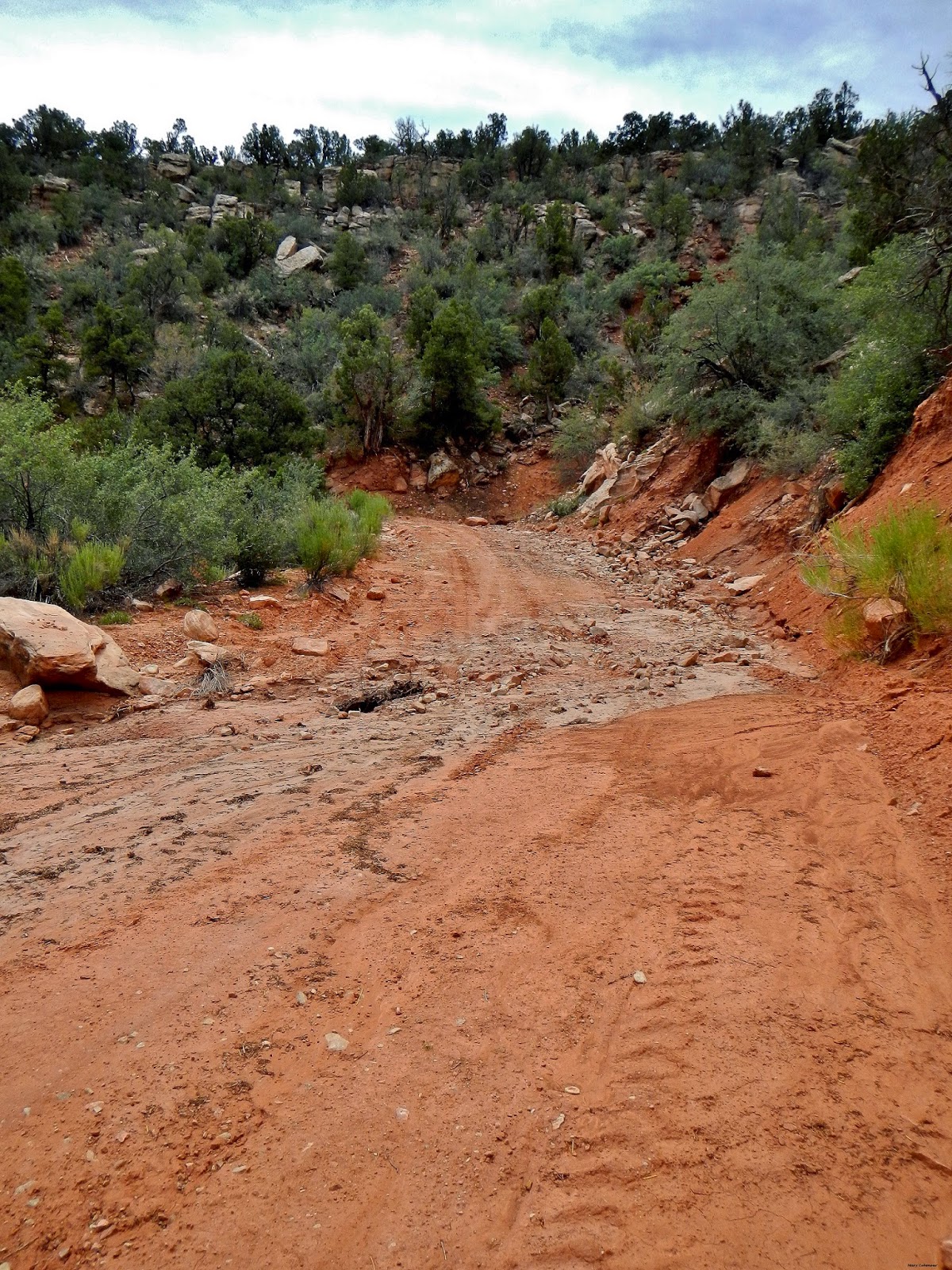 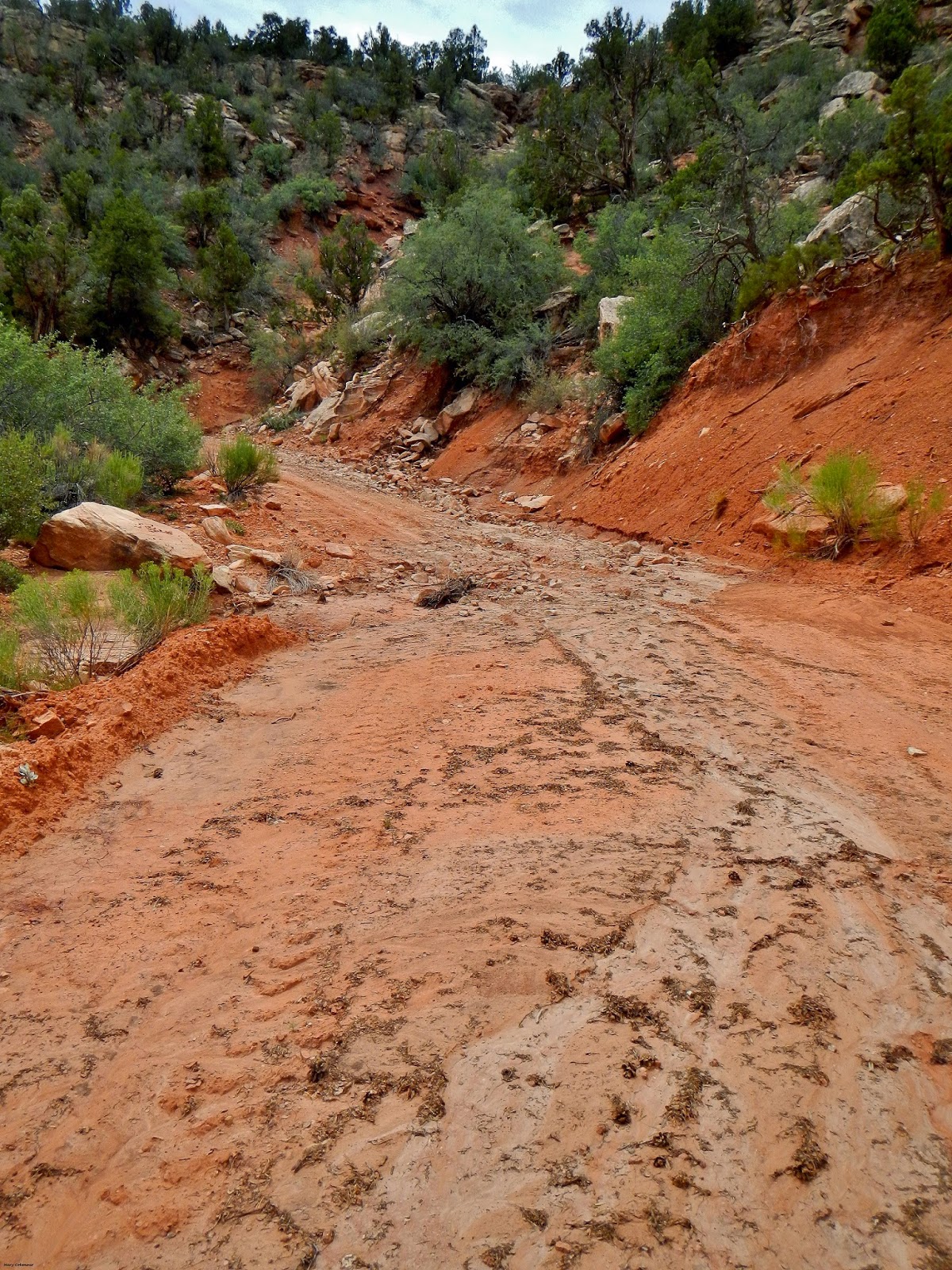 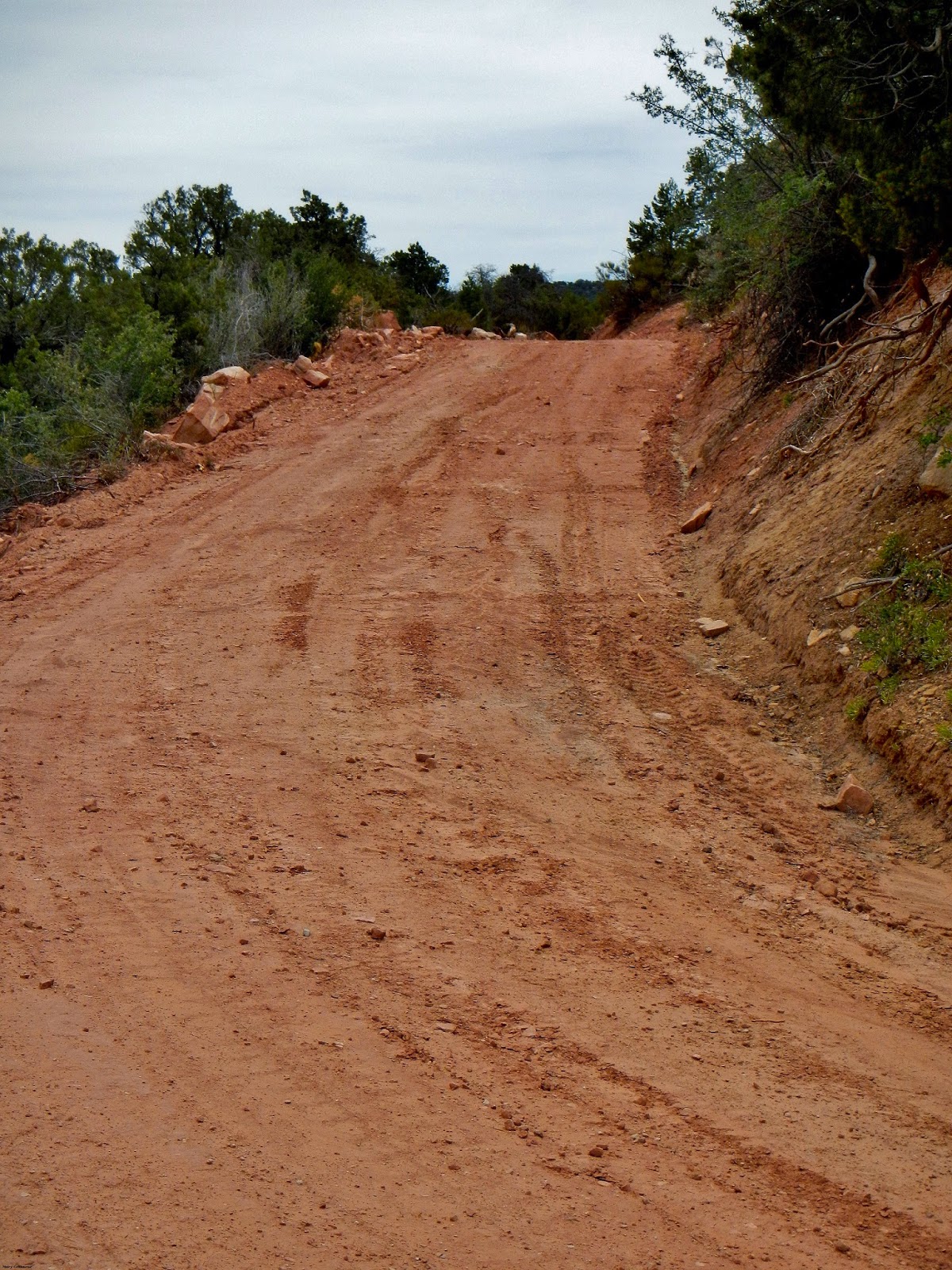 The views of Lisbon Valley, and the Anticline, were stunning as I traveled up the side of the Mesa and finally to its top.  The sky couldn't make up its mind about being cloudy or sunny, so the light and shadows played wonderfully over the Valley. 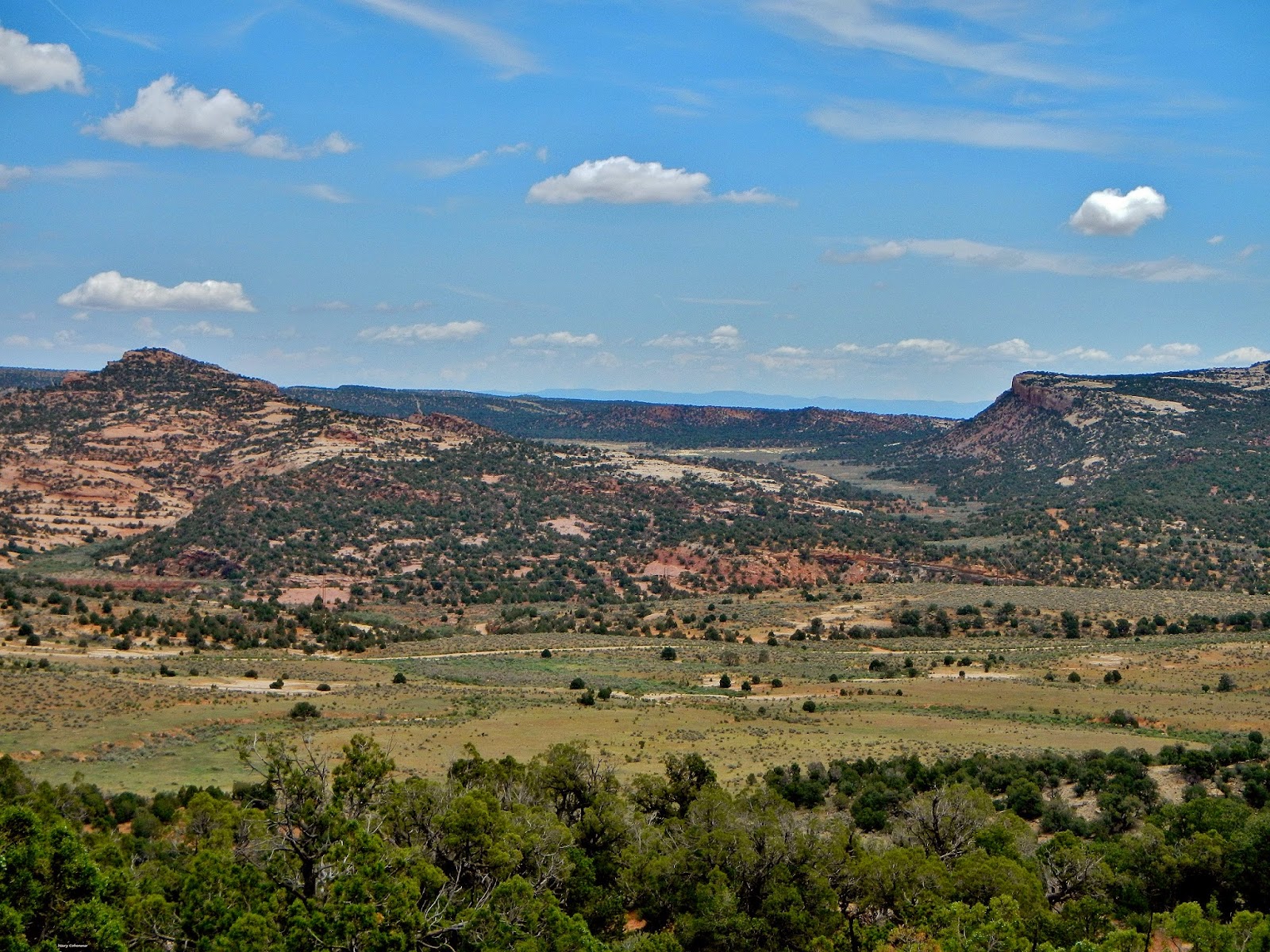 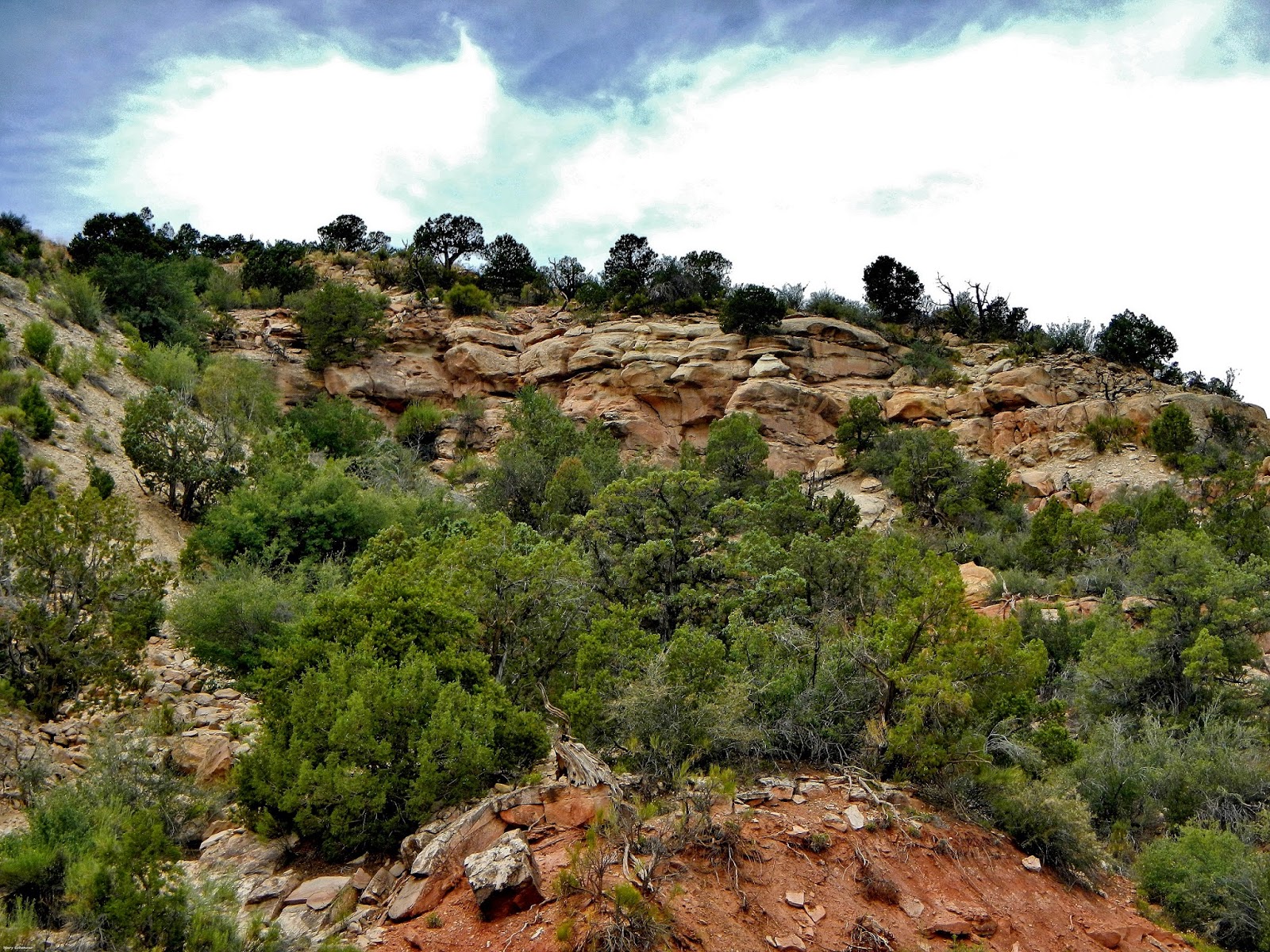 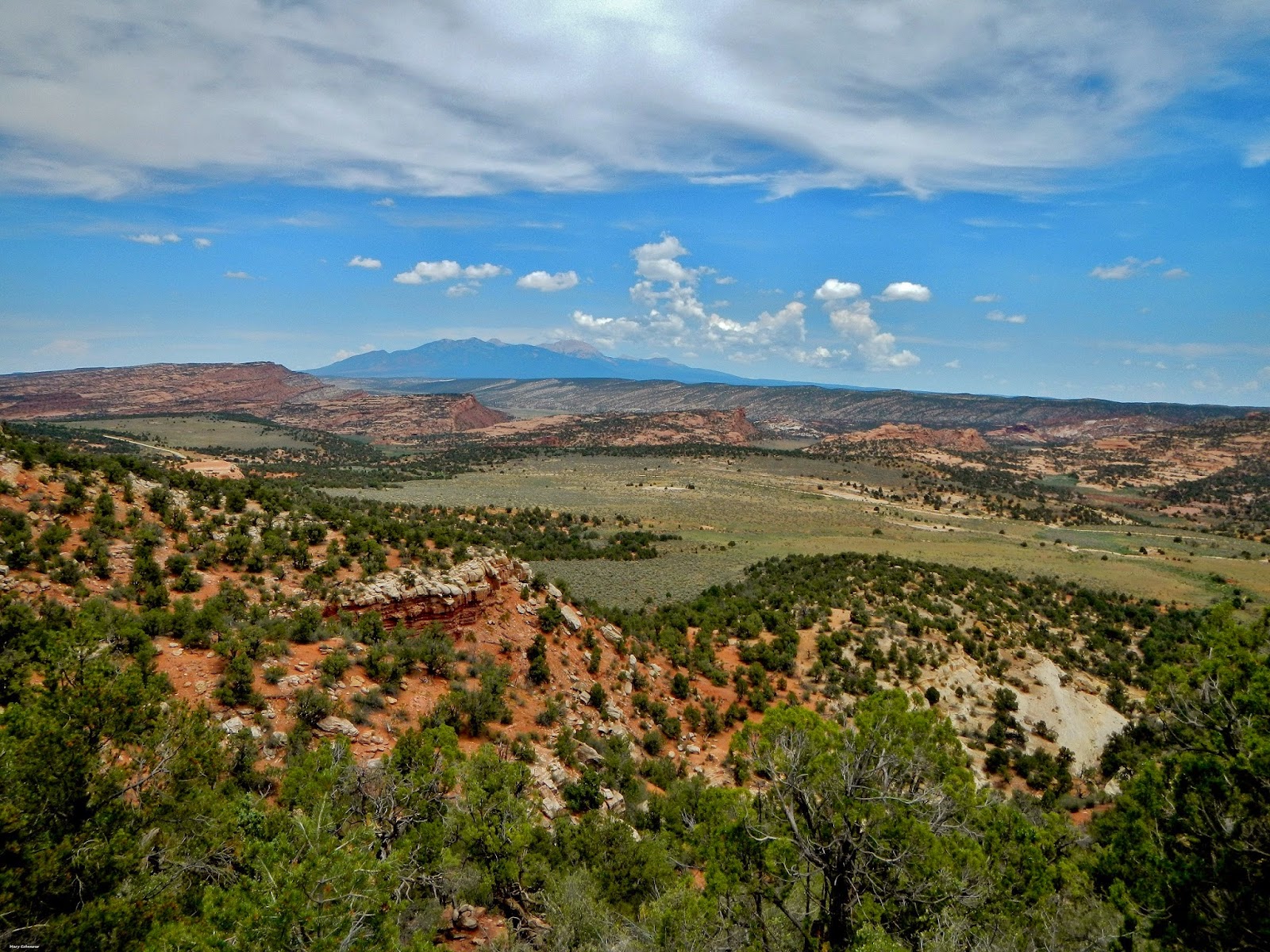 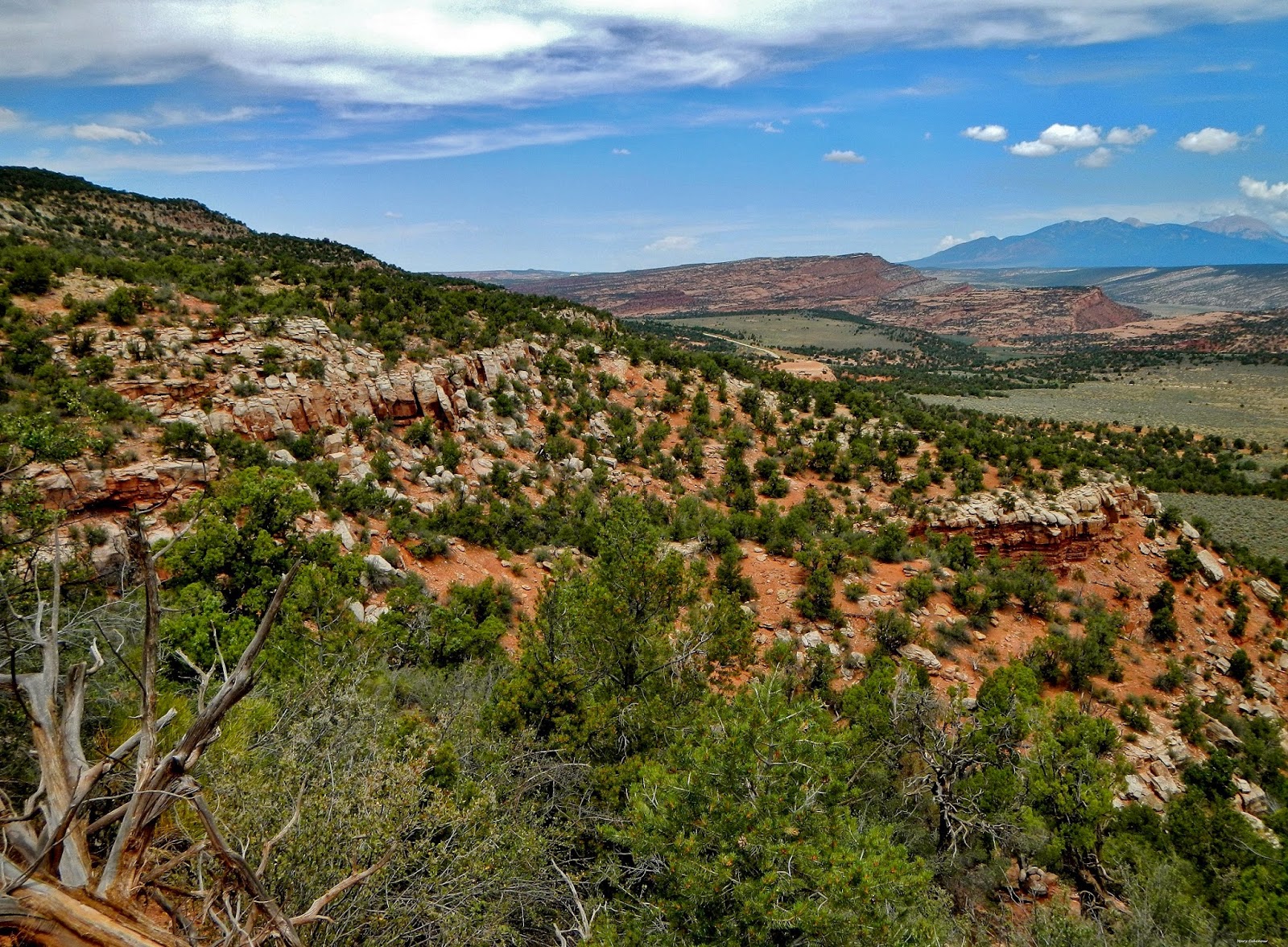 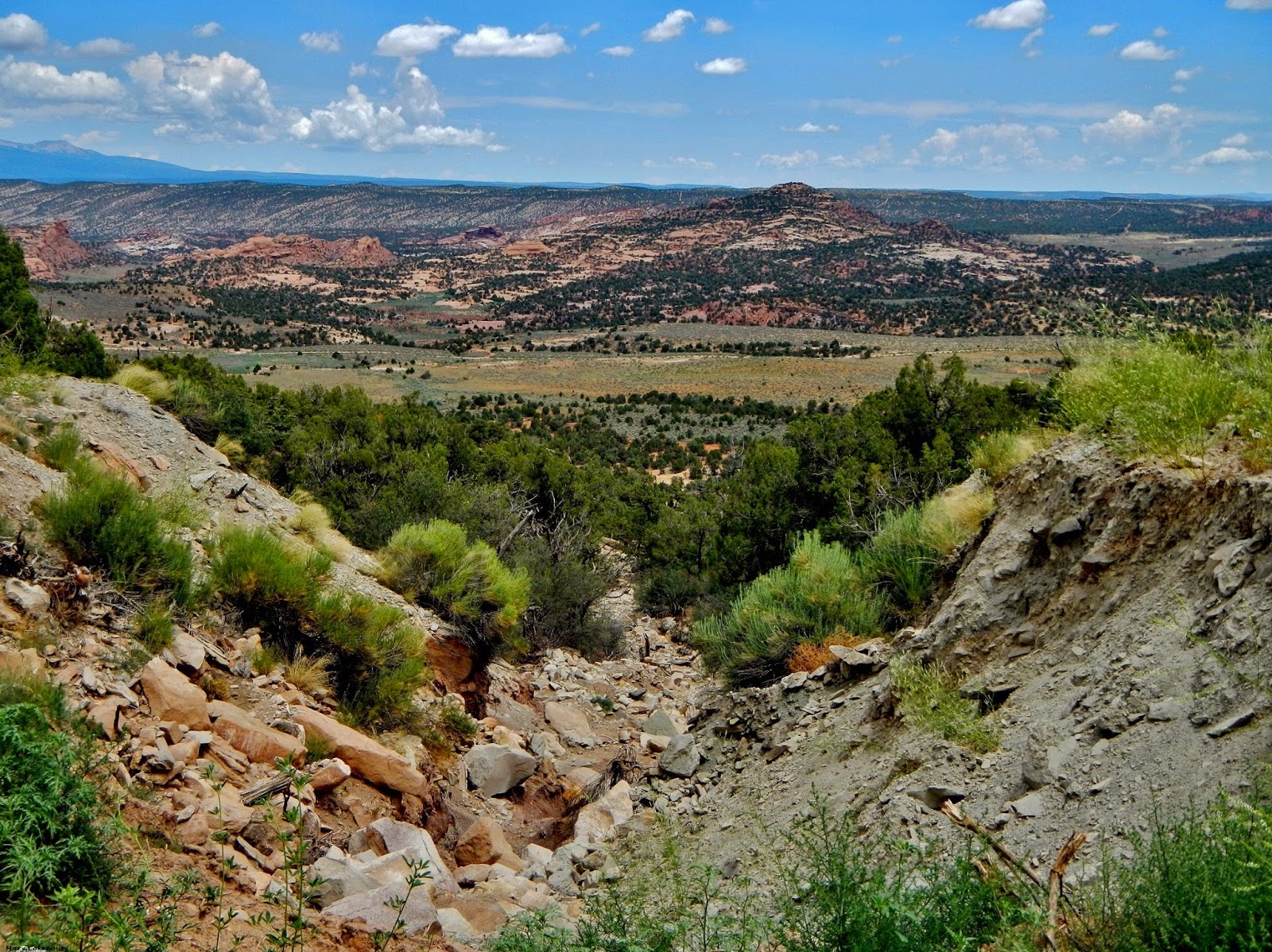 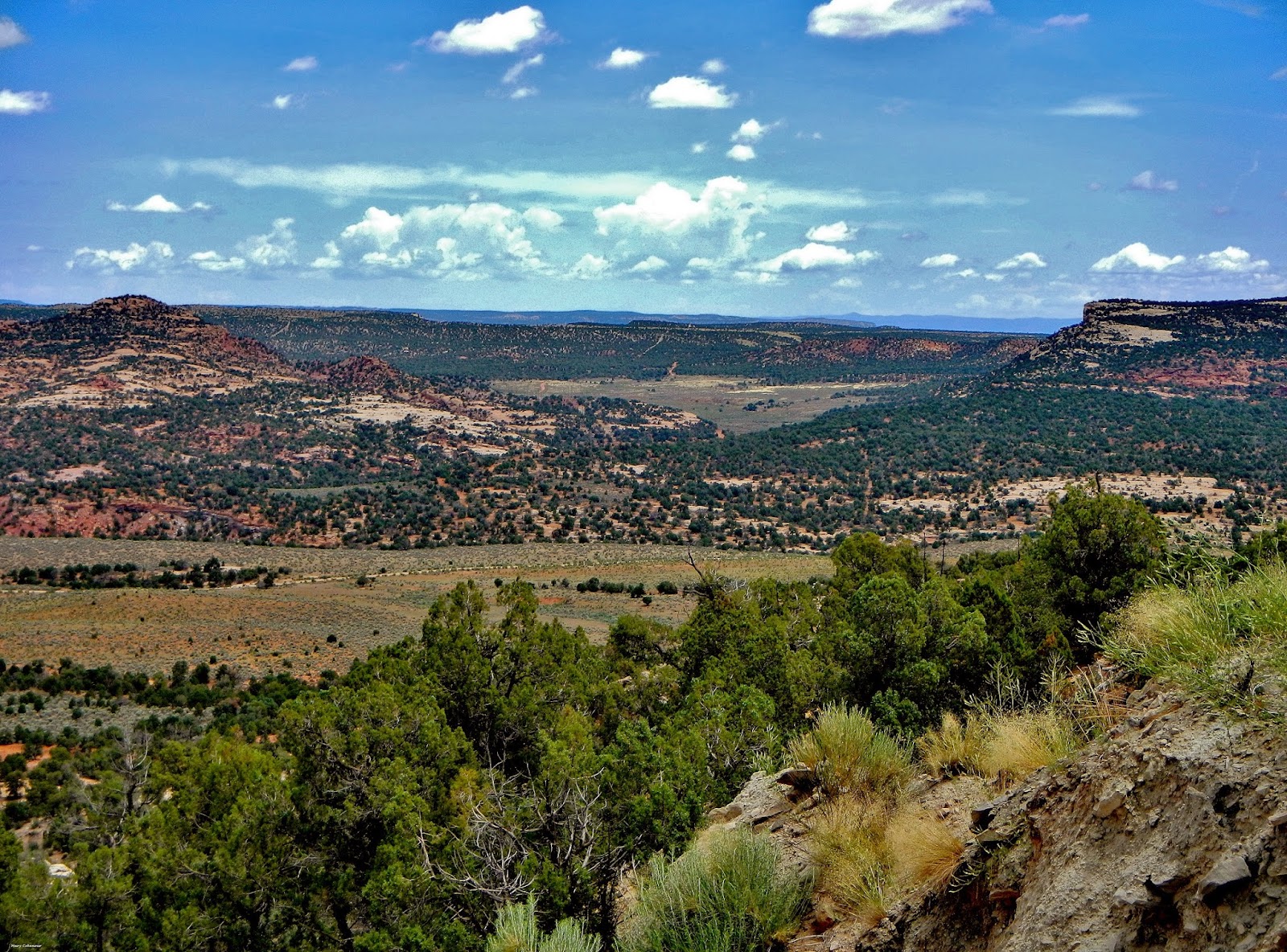 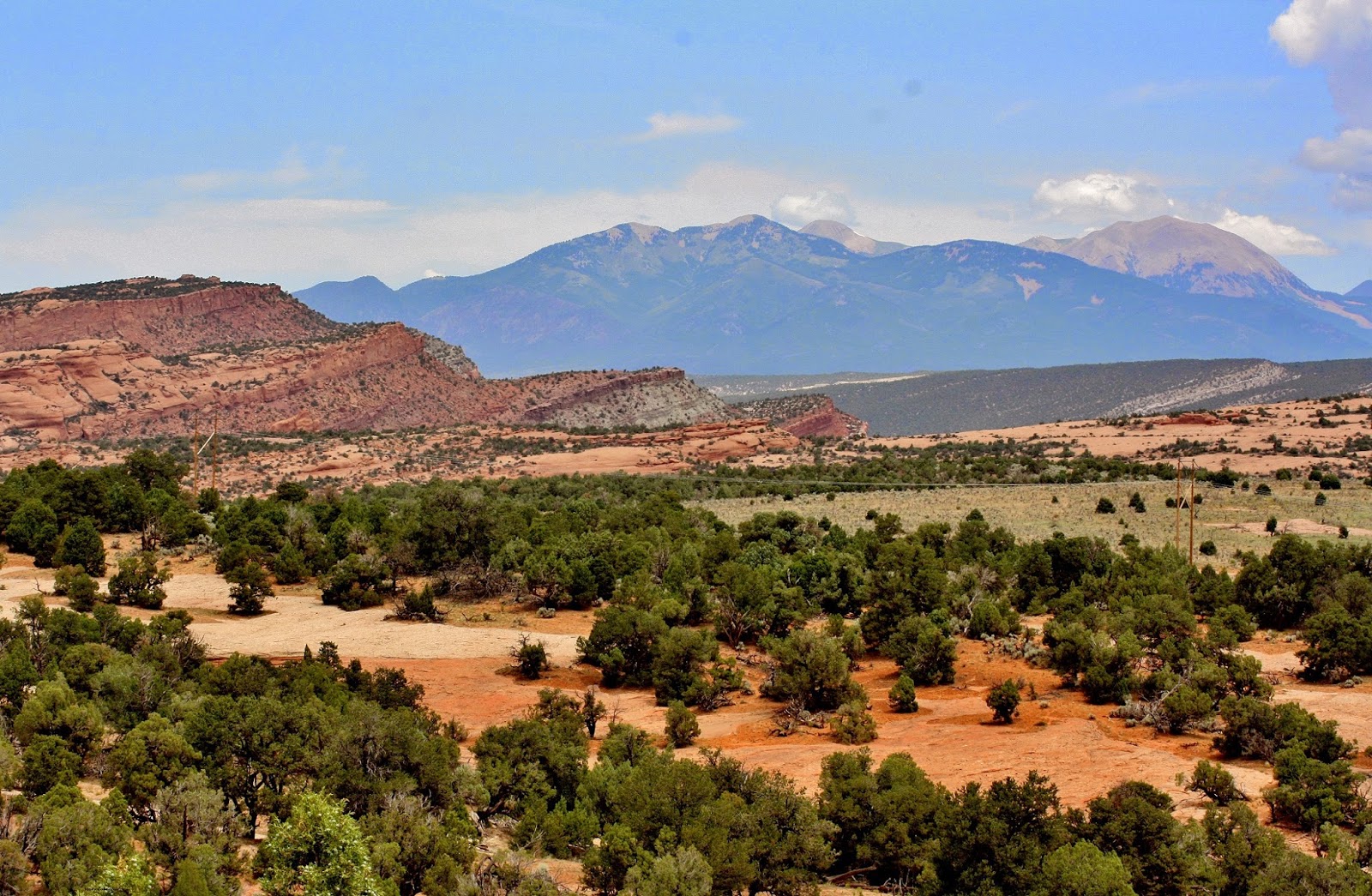 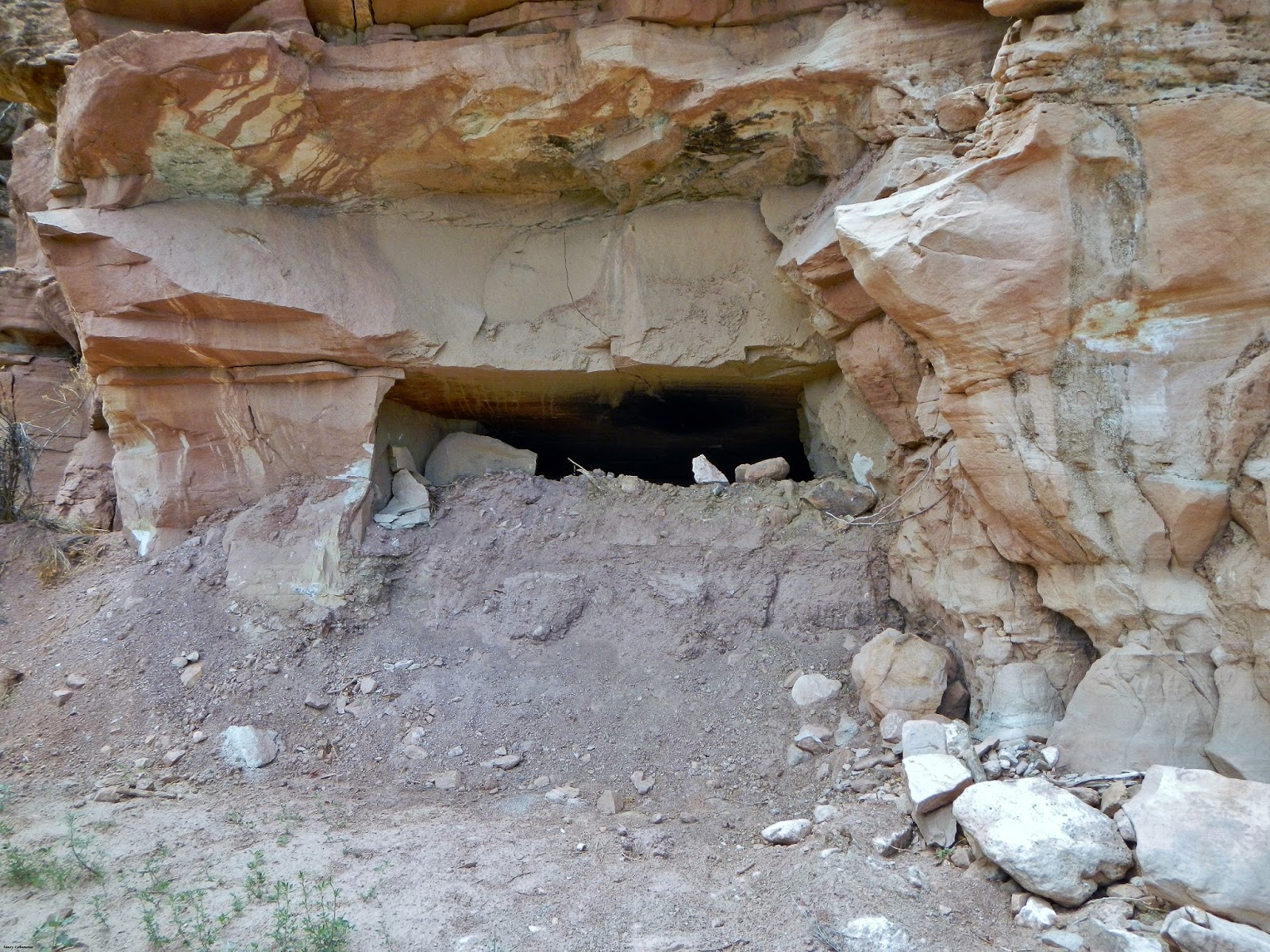 By the way, I'd only driven 2.1 miles before I came upon a manmade "cave", or possibly the beginning of a mine.  It's not unusual to be traveling through a canyon, valley, up and down hills and not stumble across caves or mines.  How did I know it was manmade and not simply a natural opening in the rock face?  Look way in the rear and there is a wooden timber set up floor to ceiling. 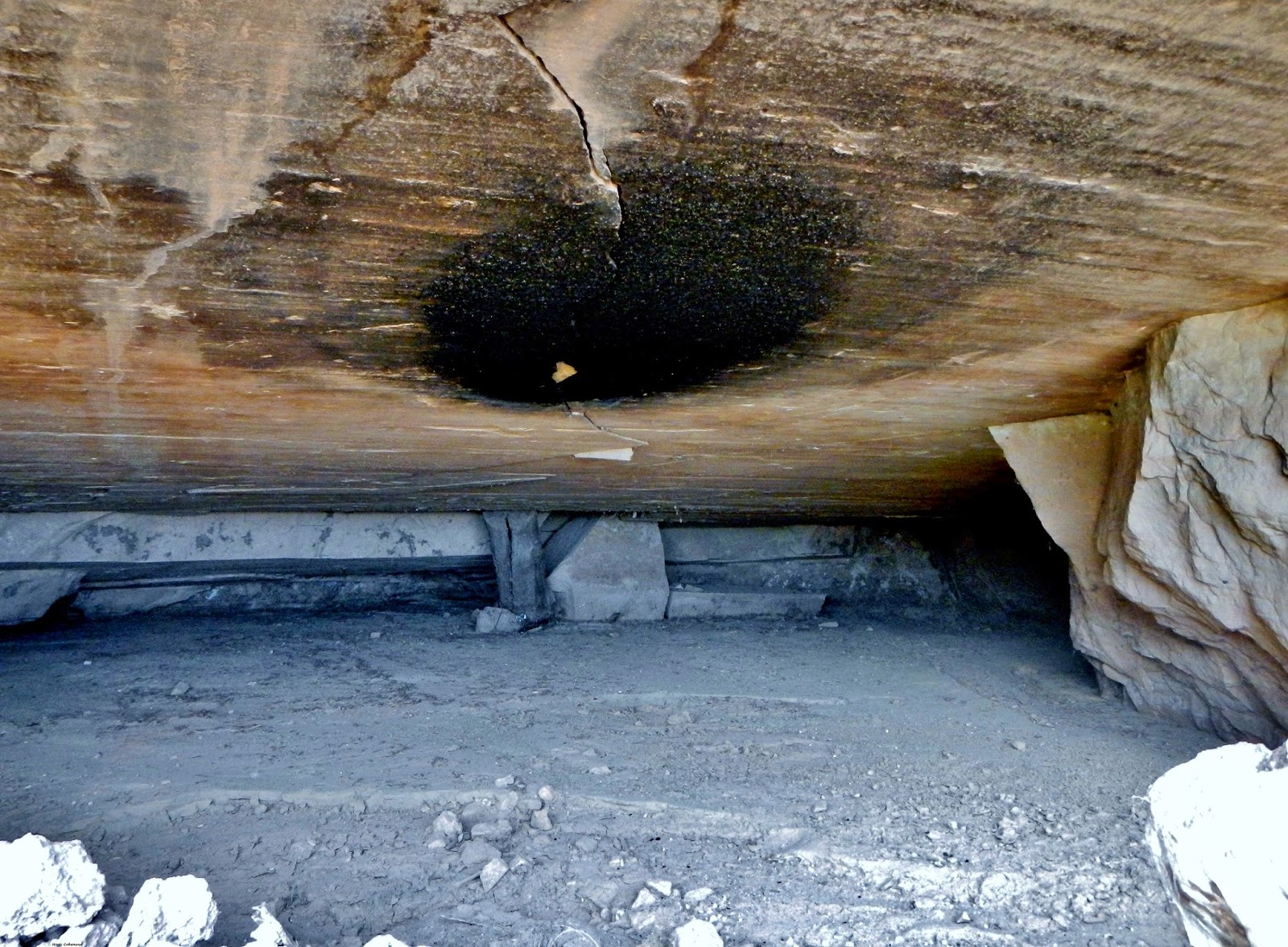 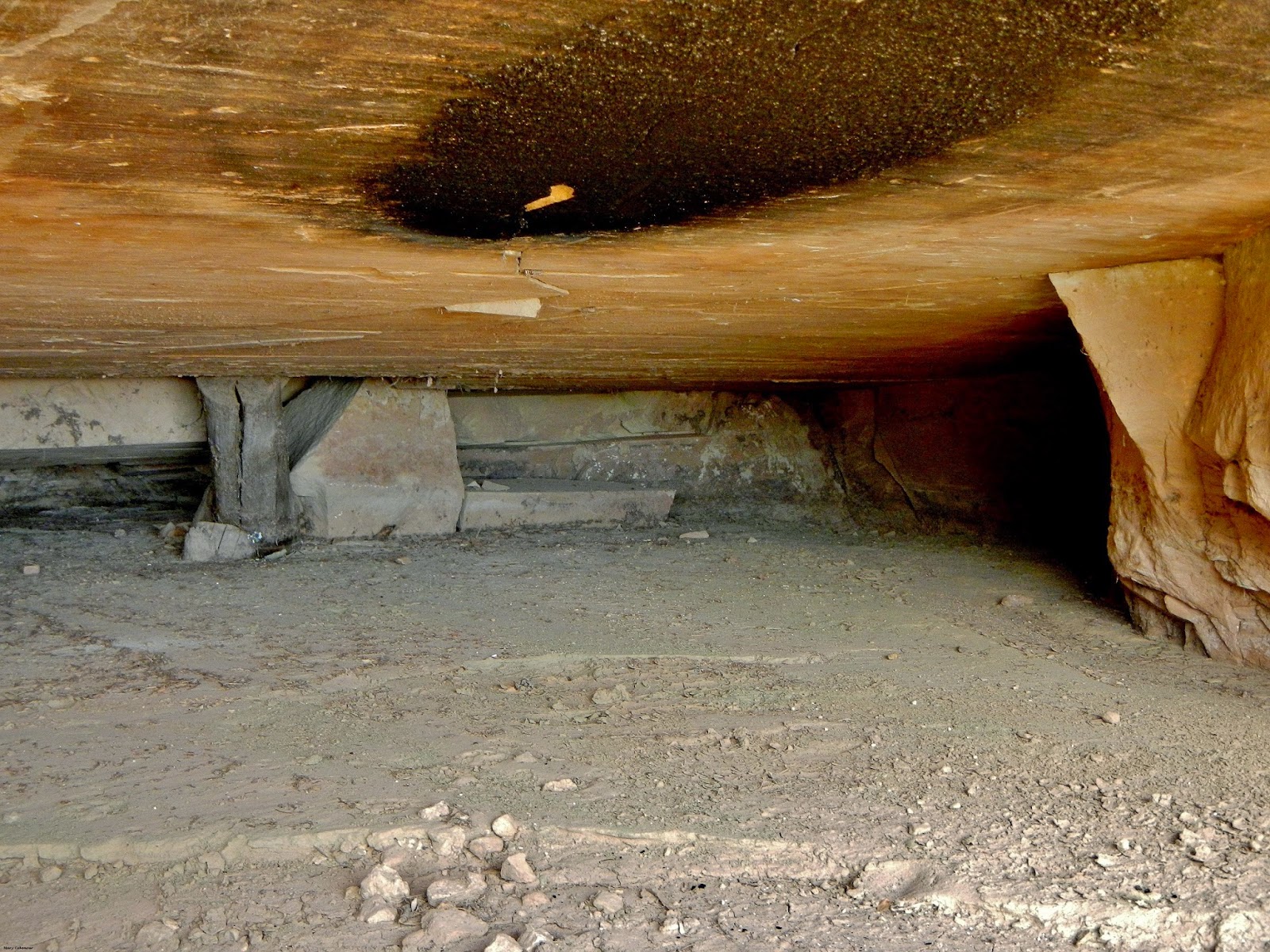 Uranium mining made a lot of folks rich in San Juan County, but it also made the workers very ill.  The mines have been closed off since the 1960s, but that doesn't mean a reminder hasn't been left here and there of those days past. 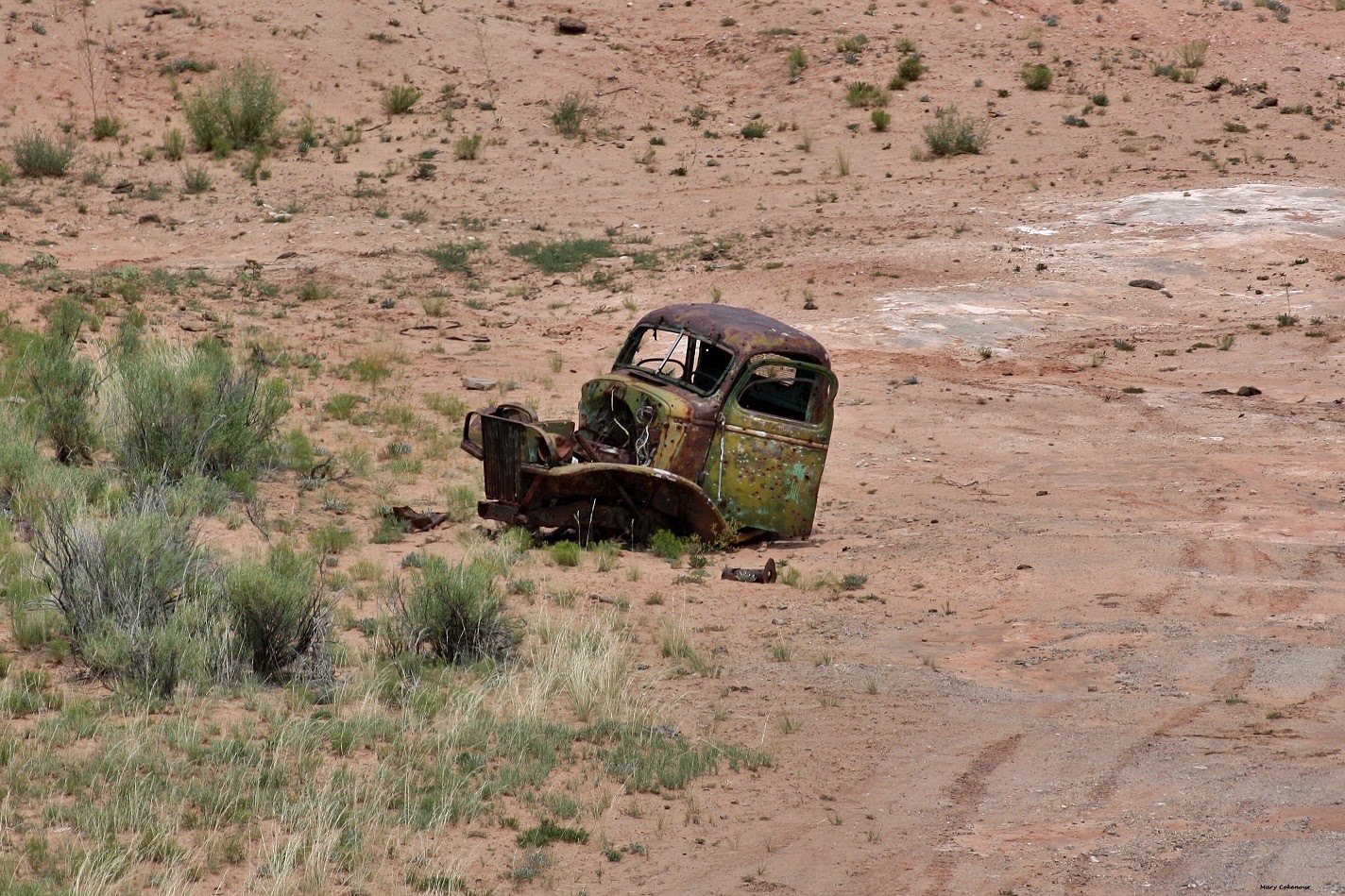 By mile mark four, I began seeing fencing on both sides of the road and "No Trespassing" signs.  I knew exactly where I was when I saw the "Sunrise Country" settlement, but it would be about another 45 minutes before I found myself on Route 491 and the way west to Monticello.

This was a most awesome day of adventuring; I conquered a rocky road and the fear of driving up and over it; I saw the most spectacular views; and just had the one of rhe best days.  Life is definitely an adventure!