When we had last traveled through the lower section of Coal Bed Canyon (CR 341), we were stopped on two trails that required ATVs; we don't own one. So, we decided to go back to Montezuma Canyon Road and explore a trail going off into a hillside at 4.3 miles north of Perkins Road (CR 206). On the map I'm posting below, the bold, broken black lines are the two trails I'm writing about today; these were the same trails that were at the 9.3 mile mark when we traveled the lower section of Coal Bed Canyon. 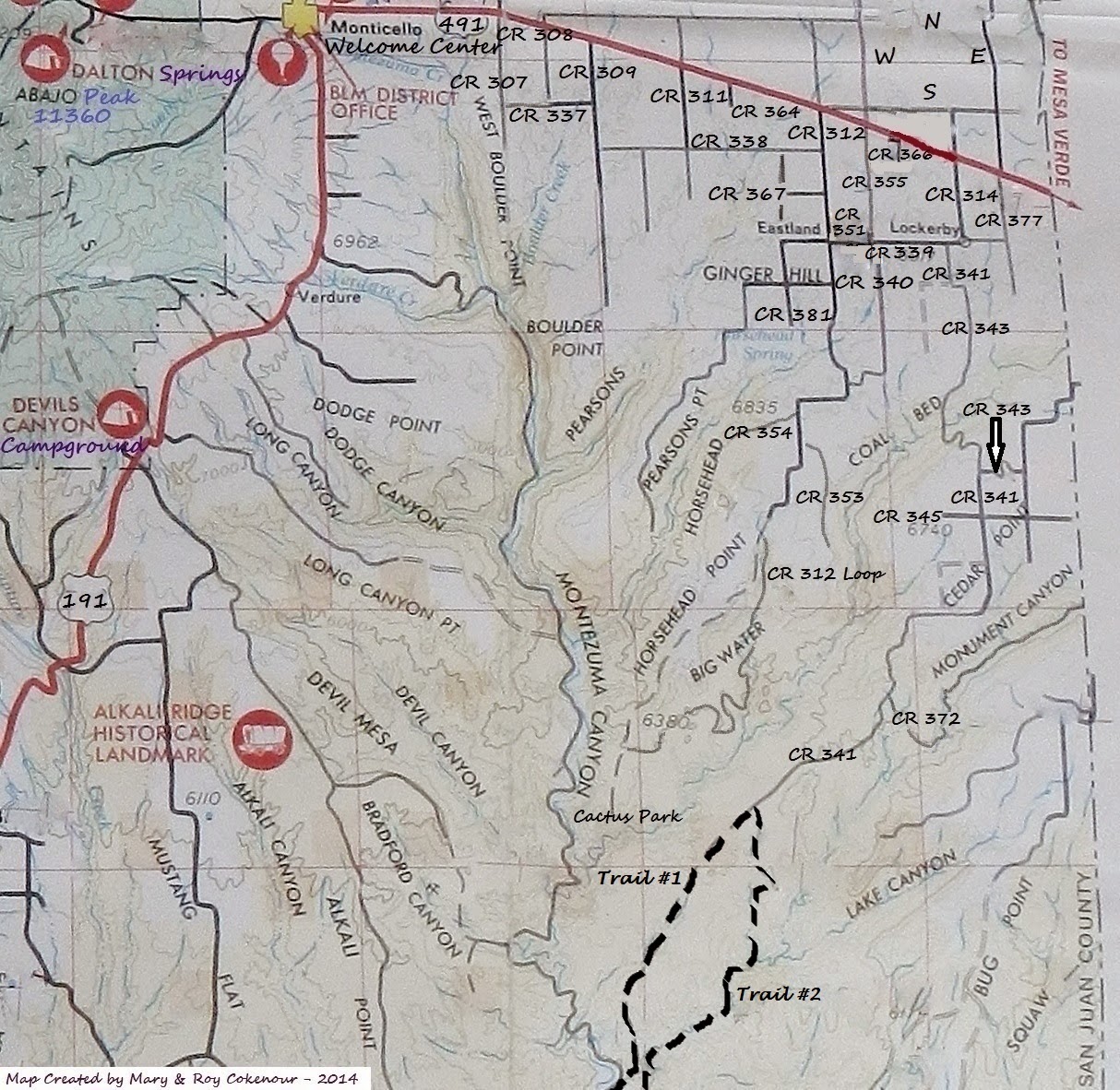 Once on the dirt trail, off of Montezuma Canyon Road (CR 146), it immediately splits into two trails at 1/10th of a mile.  The trail to the left heads on up and around a hill before leveling off; it's rocky, sandy and 4-wheel drive is definitely a must! 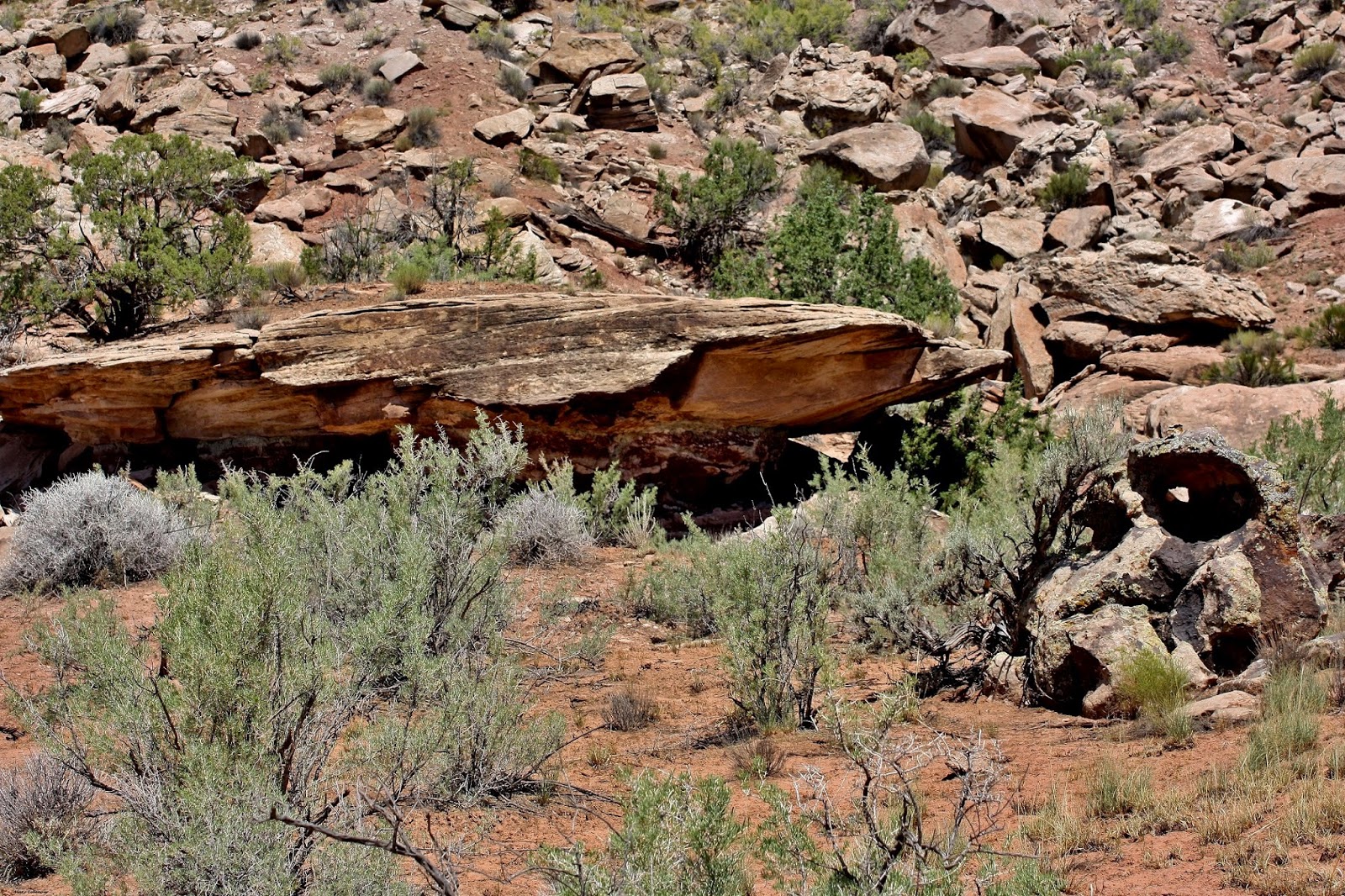 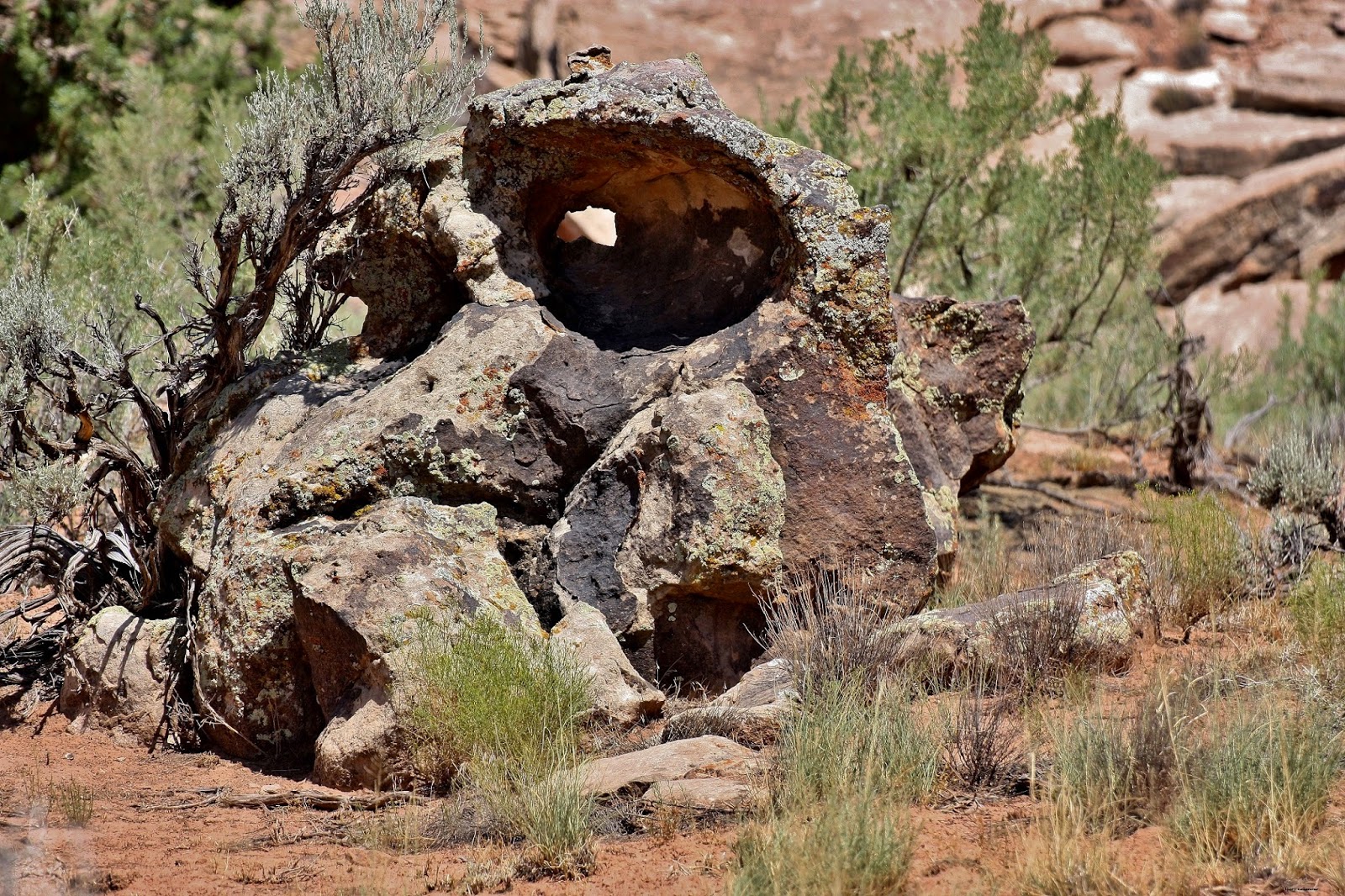 We had traveled 1.7 miles, going upwards and around a corner to a perfect stopping place that overlooked the land below us.  We both noticed, at the same time, that this viewpoint looked familiar...too familiar; yep, there were the ponds below.  Around a huge boulder we saw the trail continue upwards, and I began hiking it...son of a...!!!  There is was, the section of the trail coming down from Coal Bed Canyon that stopped us the first time; broken up rocks and road that only an ATV would be able to manage.  We had found the connection between Coal Bed Canyon and Montezuma Canyon once again, and once again stopped from completing it.  On a side note, we did find a lovely campsite in the area we were parked. 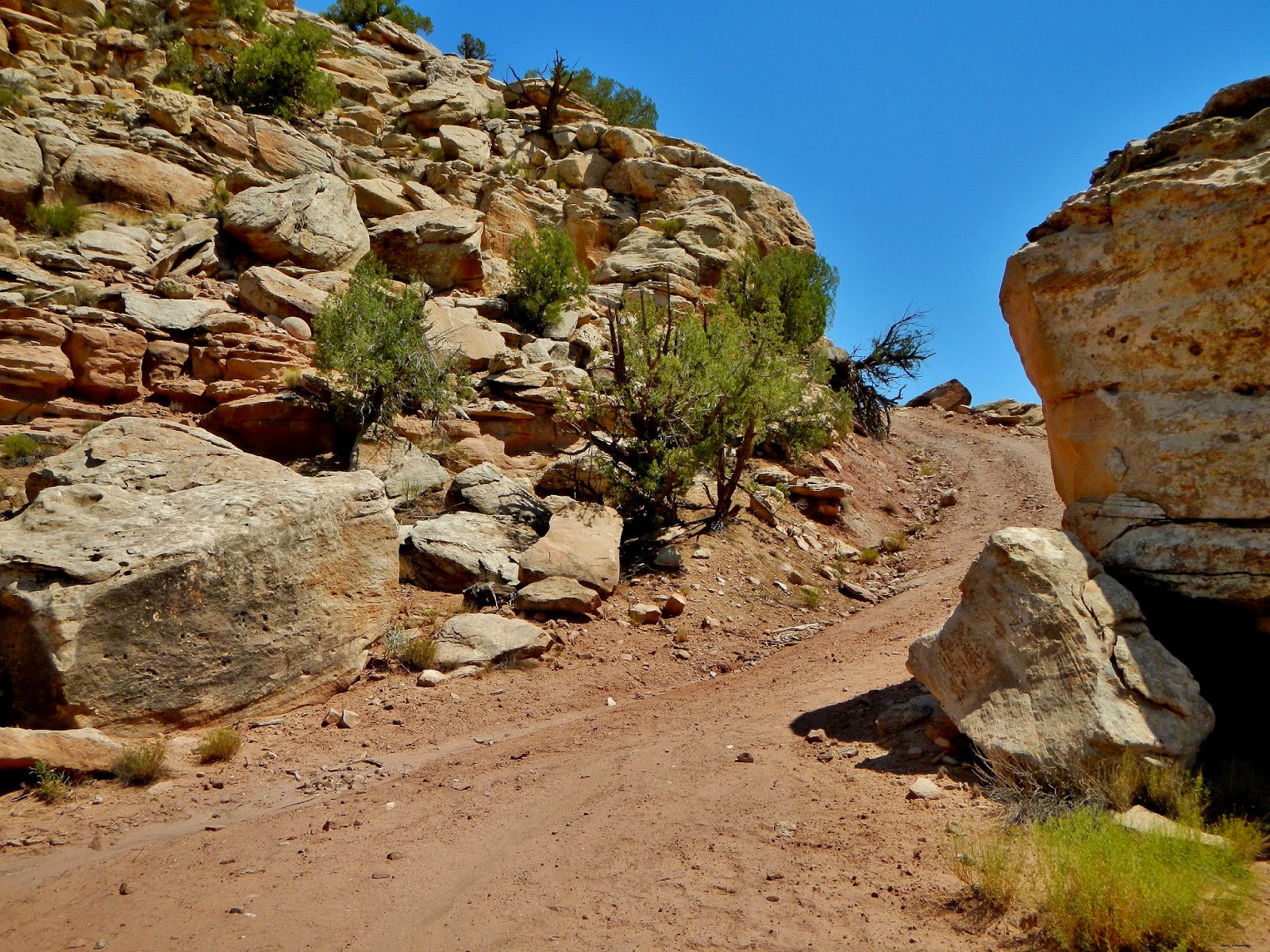 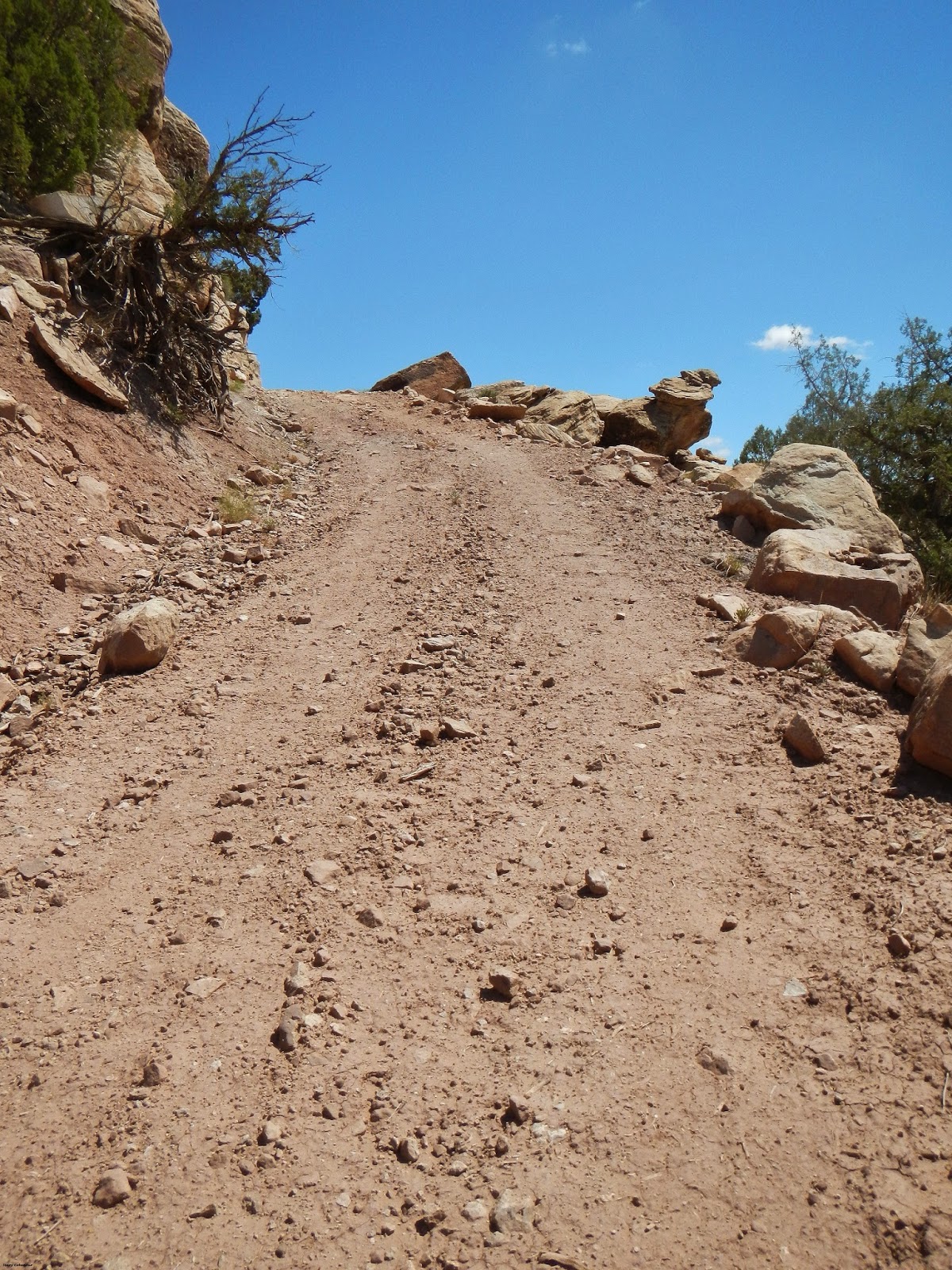 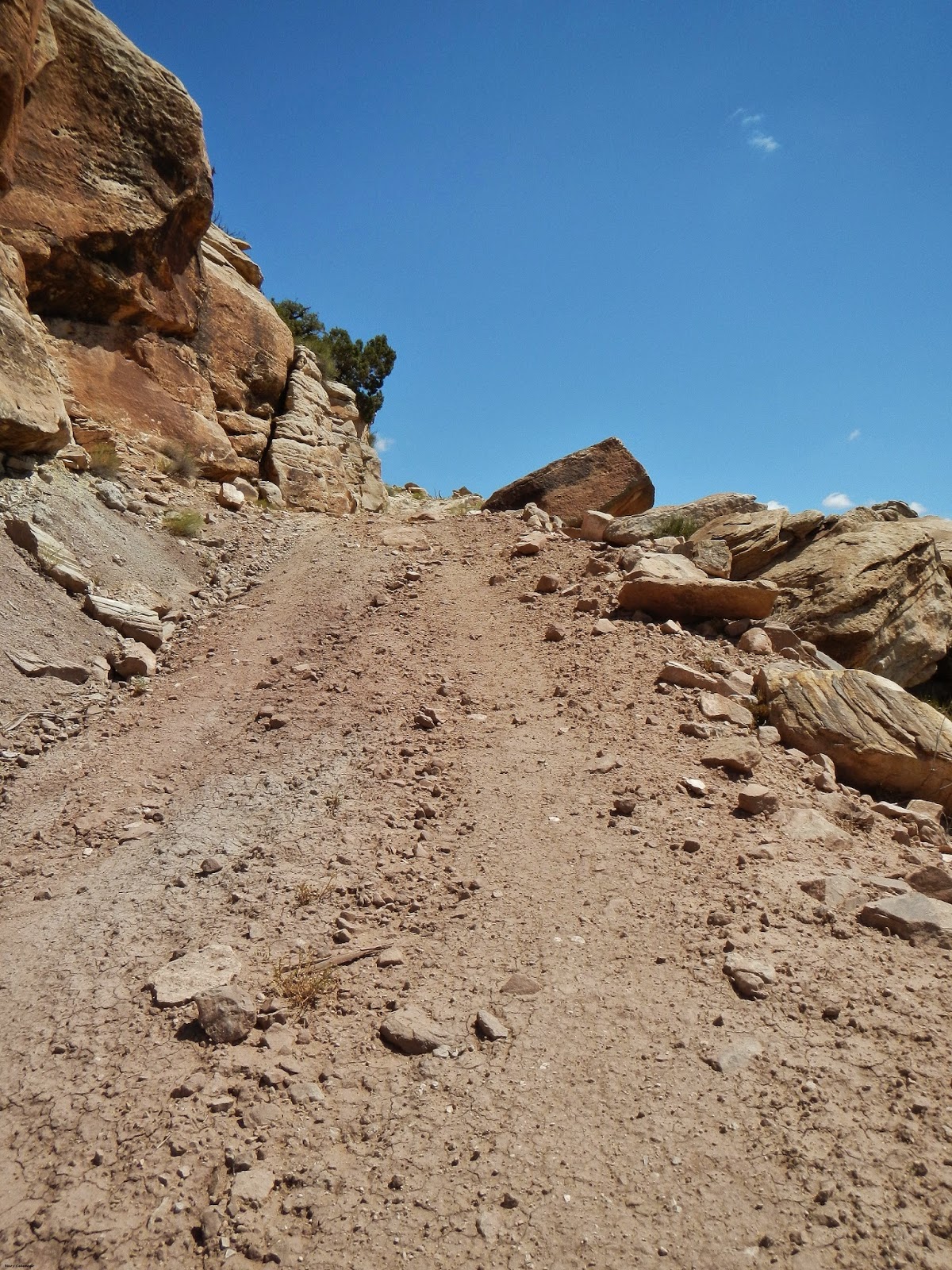 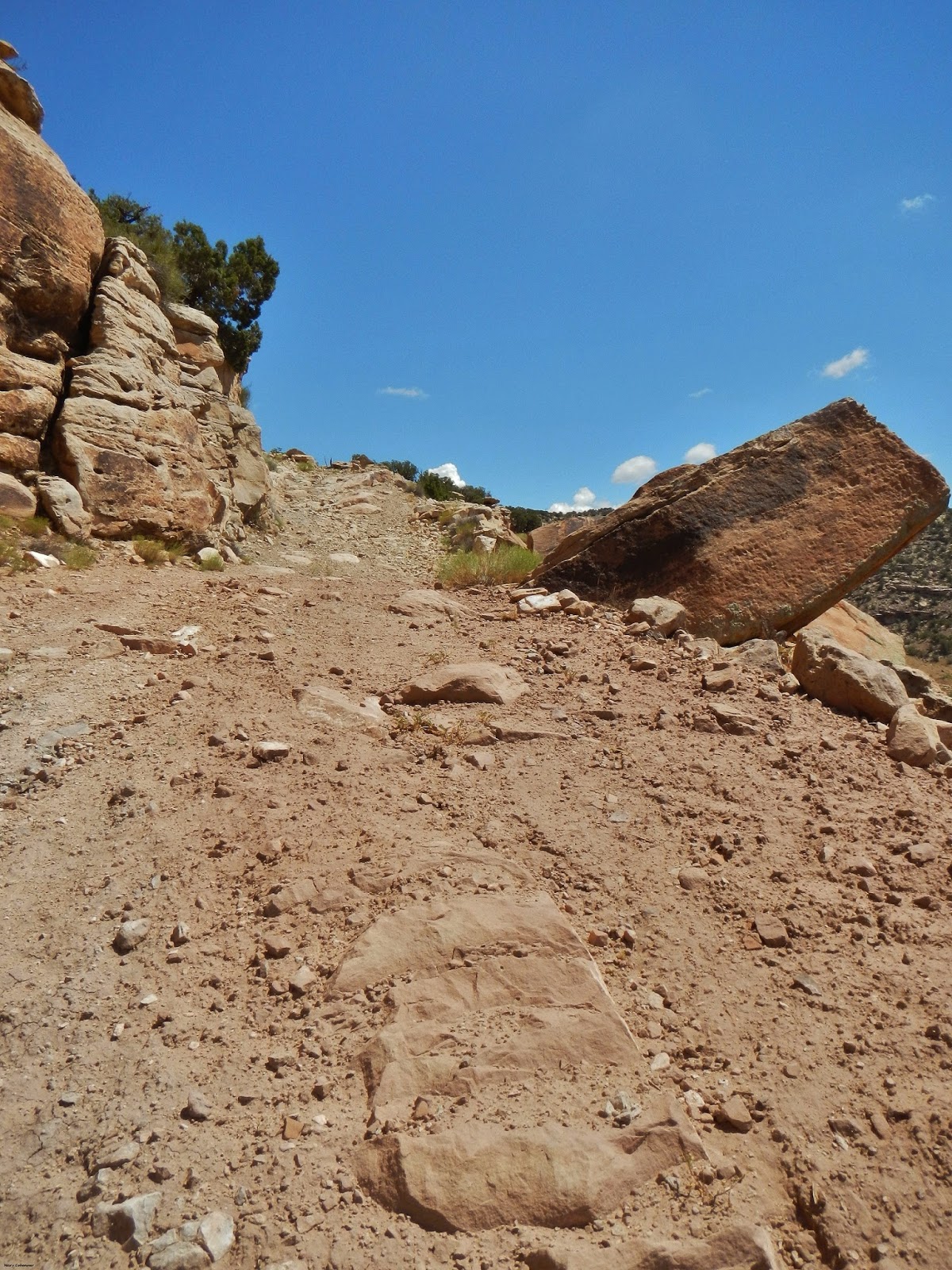 As disappointed as we were about not being able to complete the trail fully; we still had the trail to the right, so back to the original starting point.  This new trail had a few splits to it, and we explored what we could.  At the first split (3/10s of a mile), we went straight, but it ended 1.2 miles, for us at least, when it turned obviously ATV only.  Just before it though, at the 1 mile mark, a short trail to the left ended at a corral with a huge cow skull on the fence.  Yes, I'm doing this backwards and for a good reason; it was the trail that was at the 6/10s of a mile mark that ended up being the most exciting. 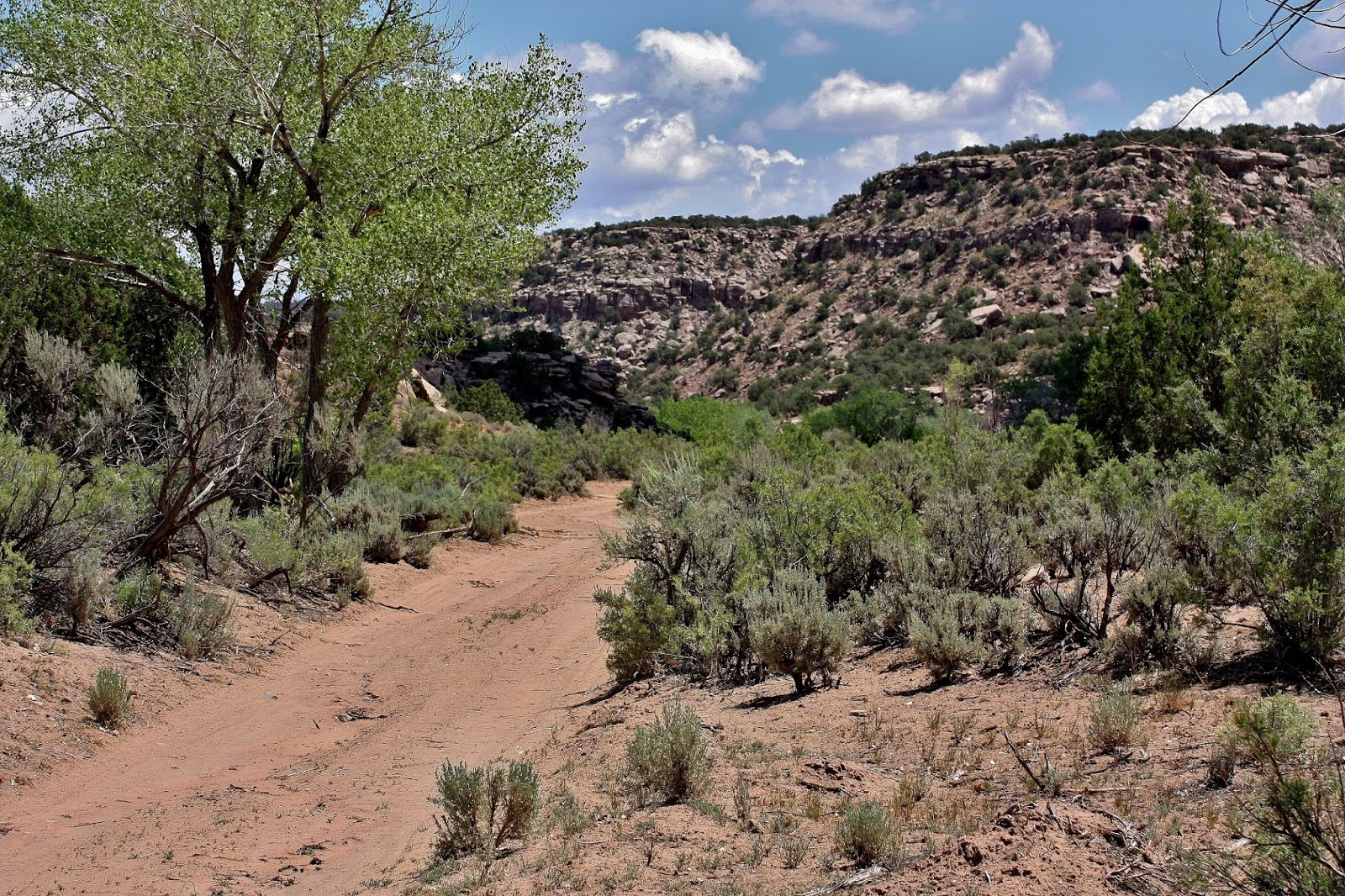 This trail wound up a hill and we couldn't help but wonder if this could be that second trail from the 9.3 mile split on Coal Bed Canyon.  We also wondered, if it was, would we be able to get over the roughest section of it, or have to turn back; or could we turn back and have to rough it out?  ...and upwards we went. 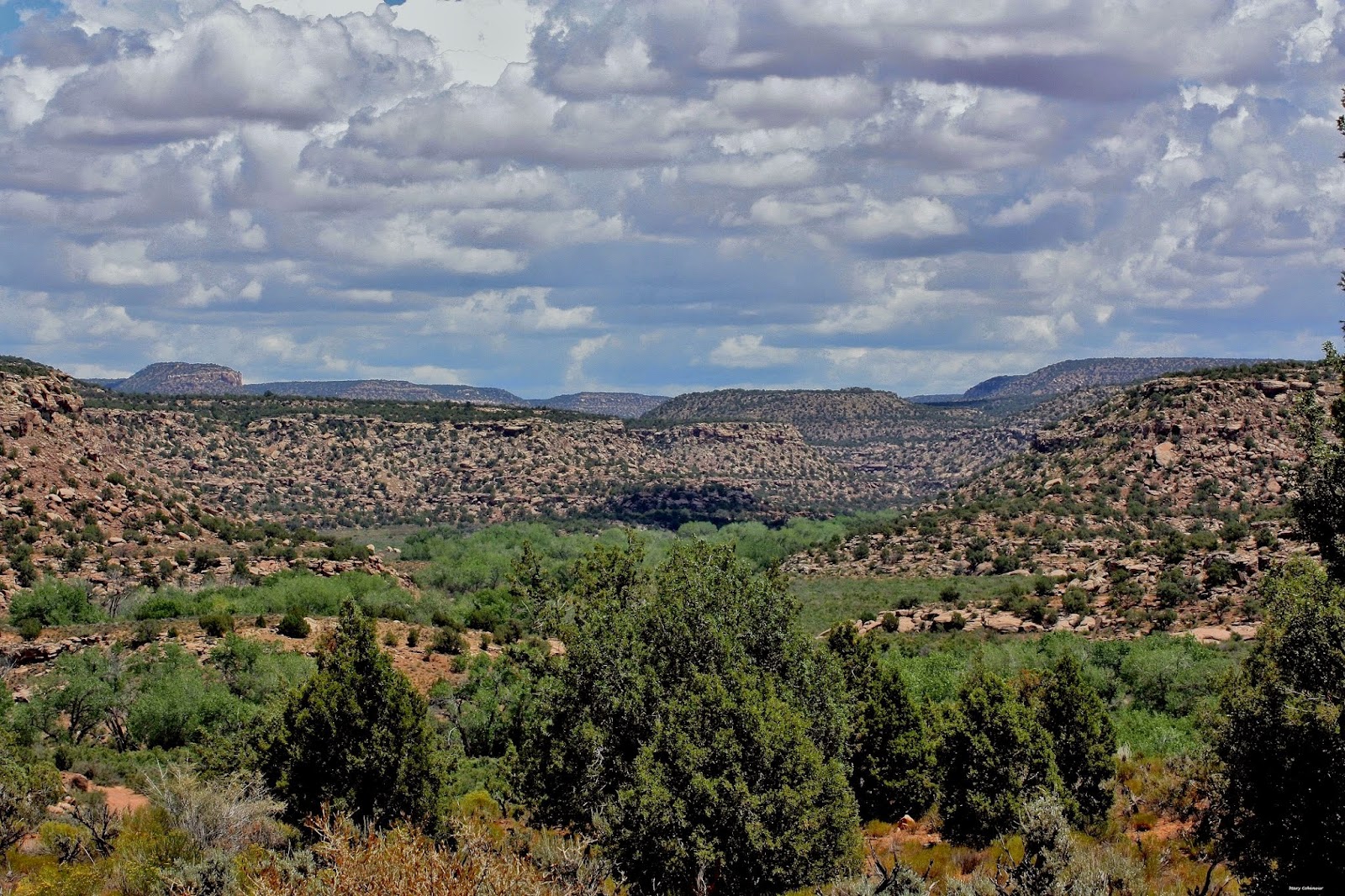 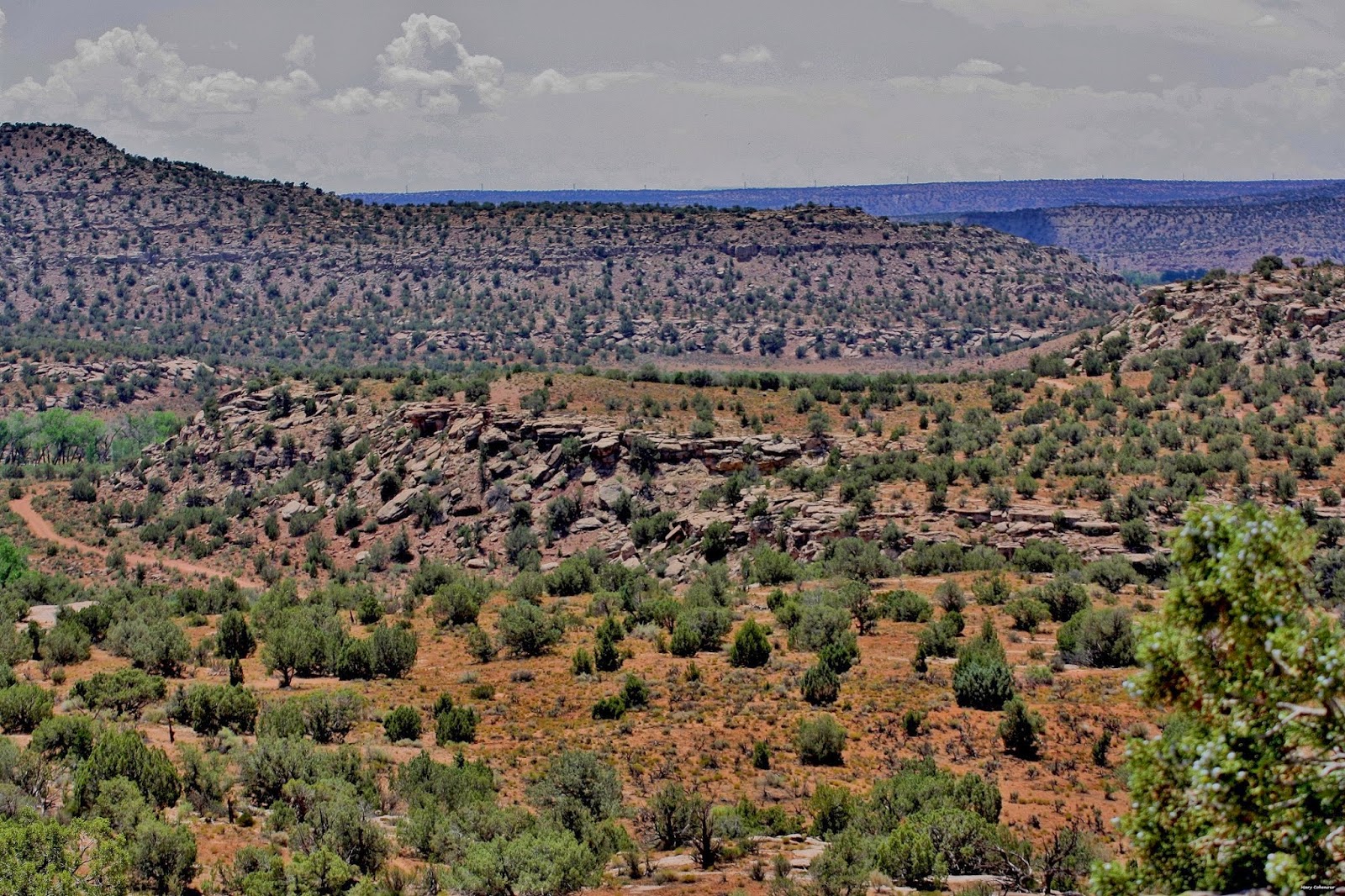 About 1.5 miles up we began a steady climb upwards on a section of trail that had us rocking and rolling; it was over quickly though and a half mile later; there is was, the rock formation that looked like a hand, and where we had found the bullsnake.  The entire trek was two miles, but we had done it, we had traveled another trail that connected one canyon (Coal Bed) to Montezuma Canyon Road.  We were pumped up with adrenaline and sheer excitement; so instead of taking the easy dirt trail directly to CR 341 and home, we followed an obvious trail, on the left, that traversed up and over a hill.  Oh yes, we were feeling quite good about ourselves!

We stopped just over the hill and the views from up there were stunning! 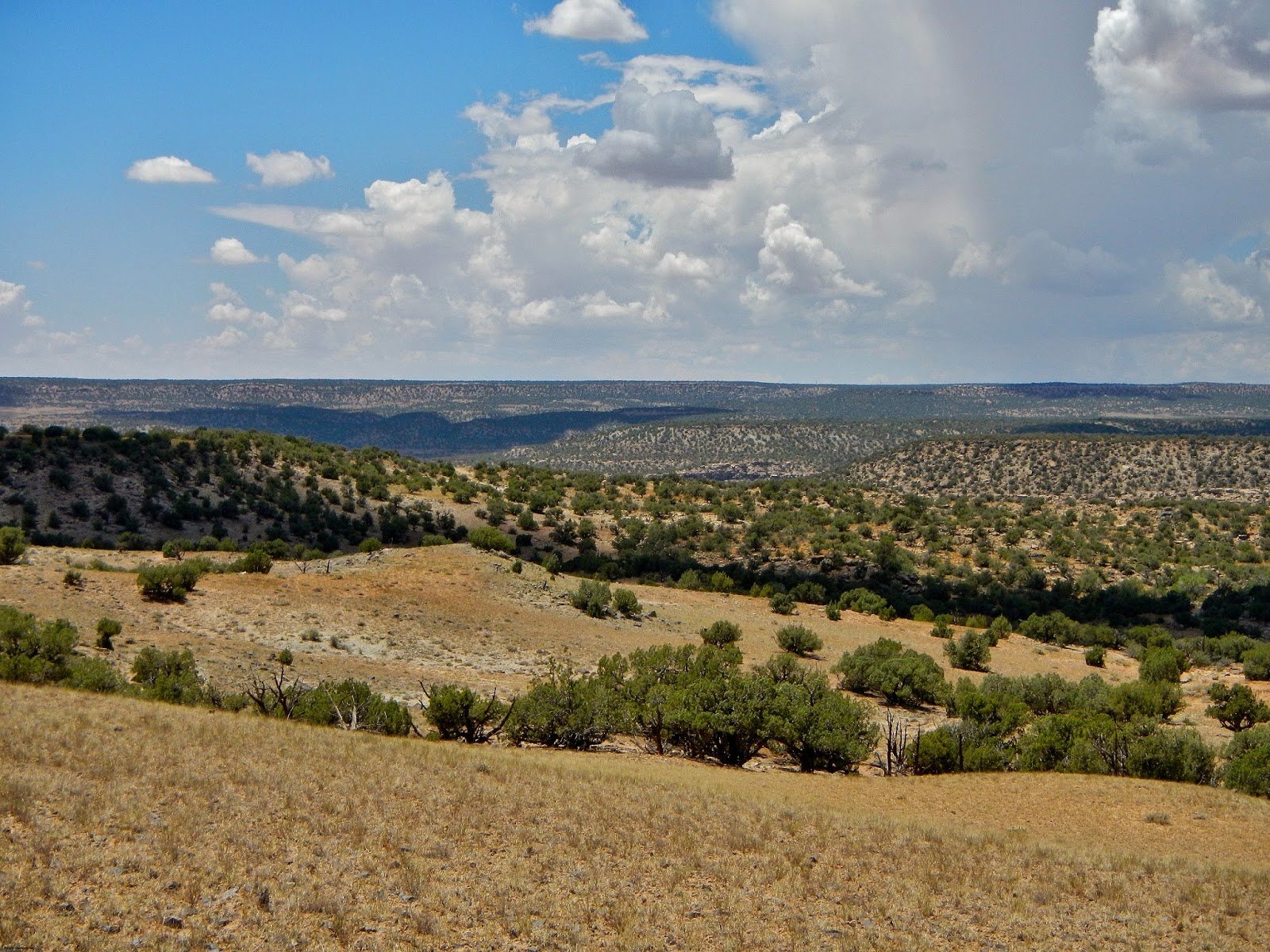 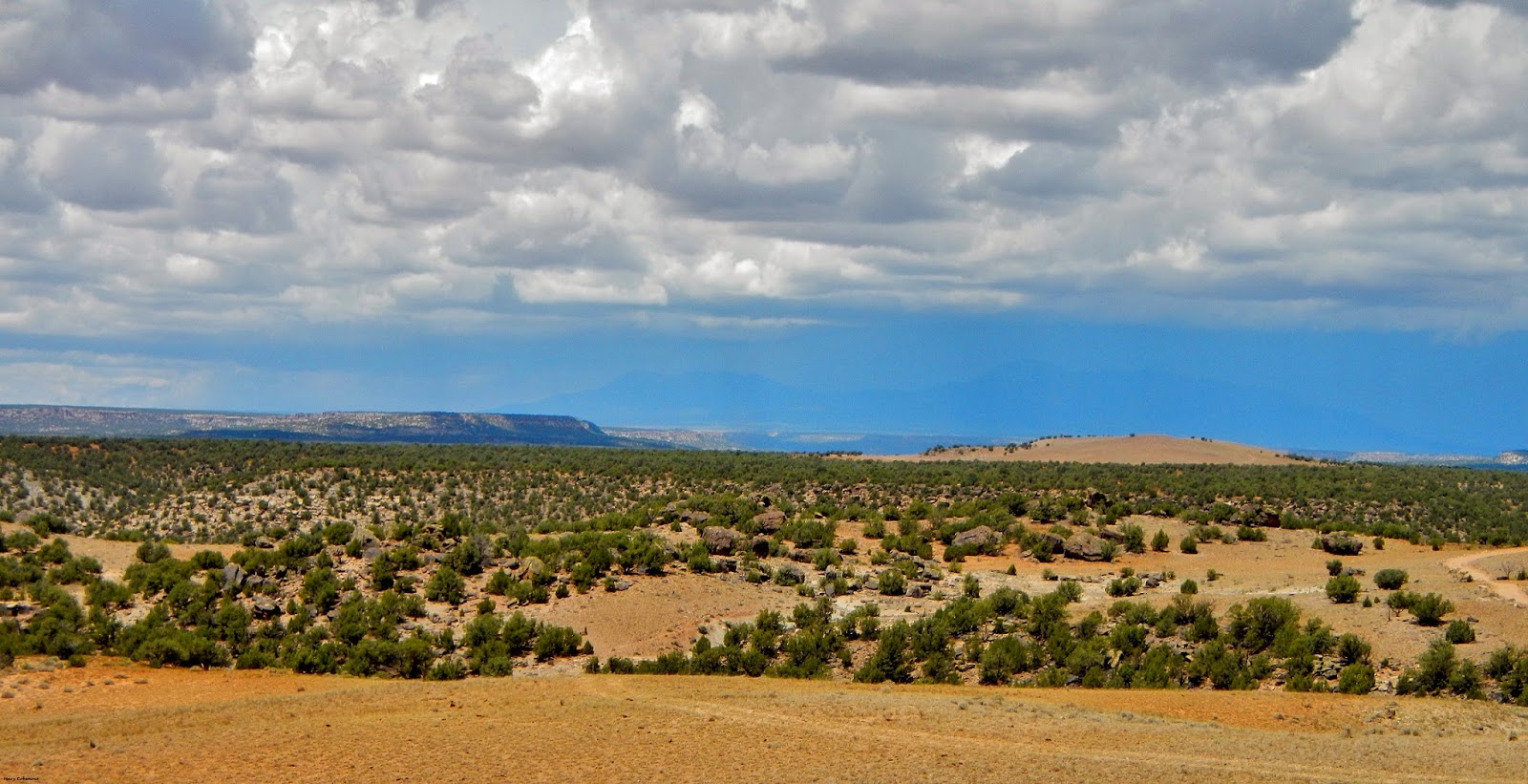 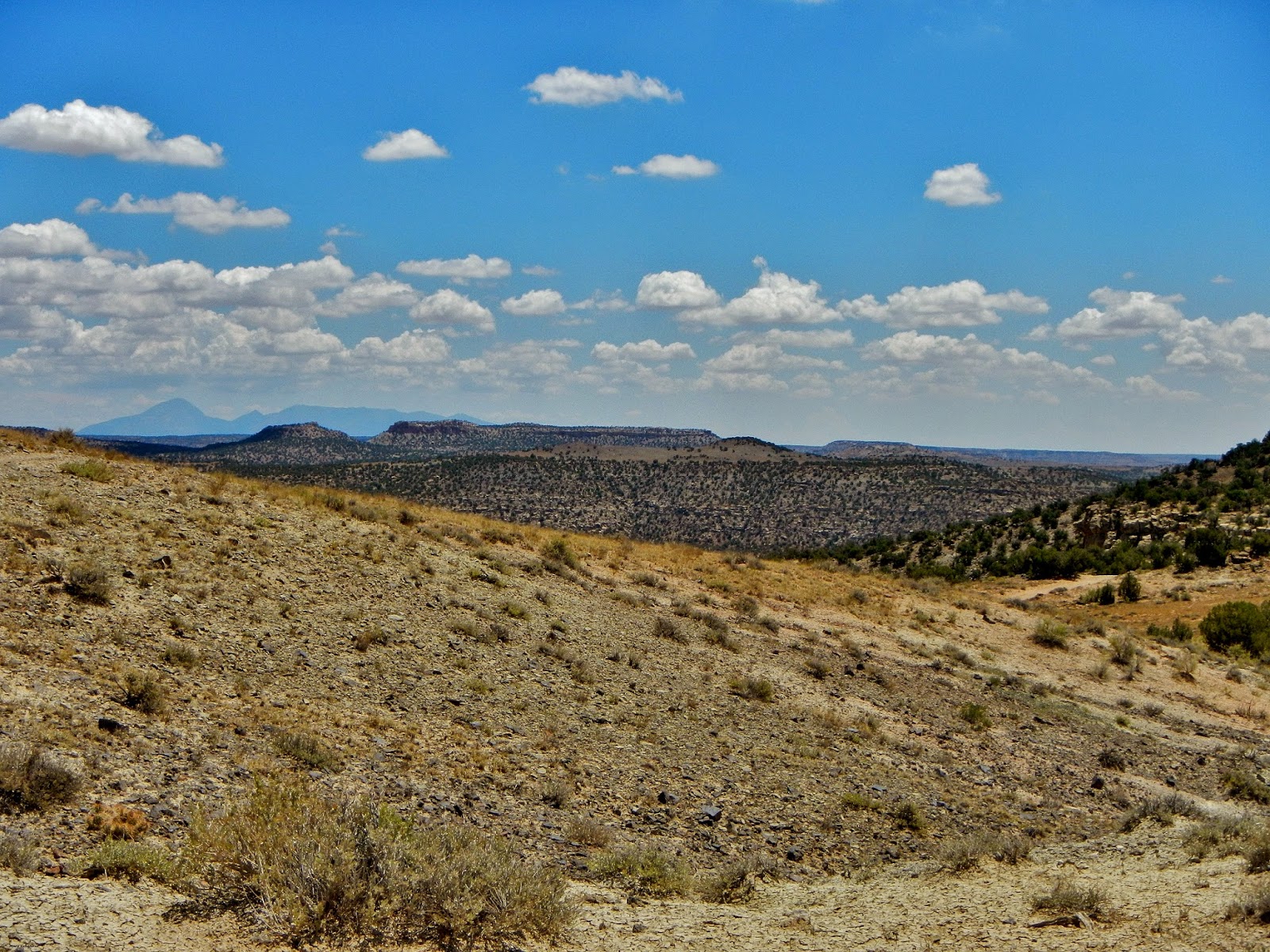 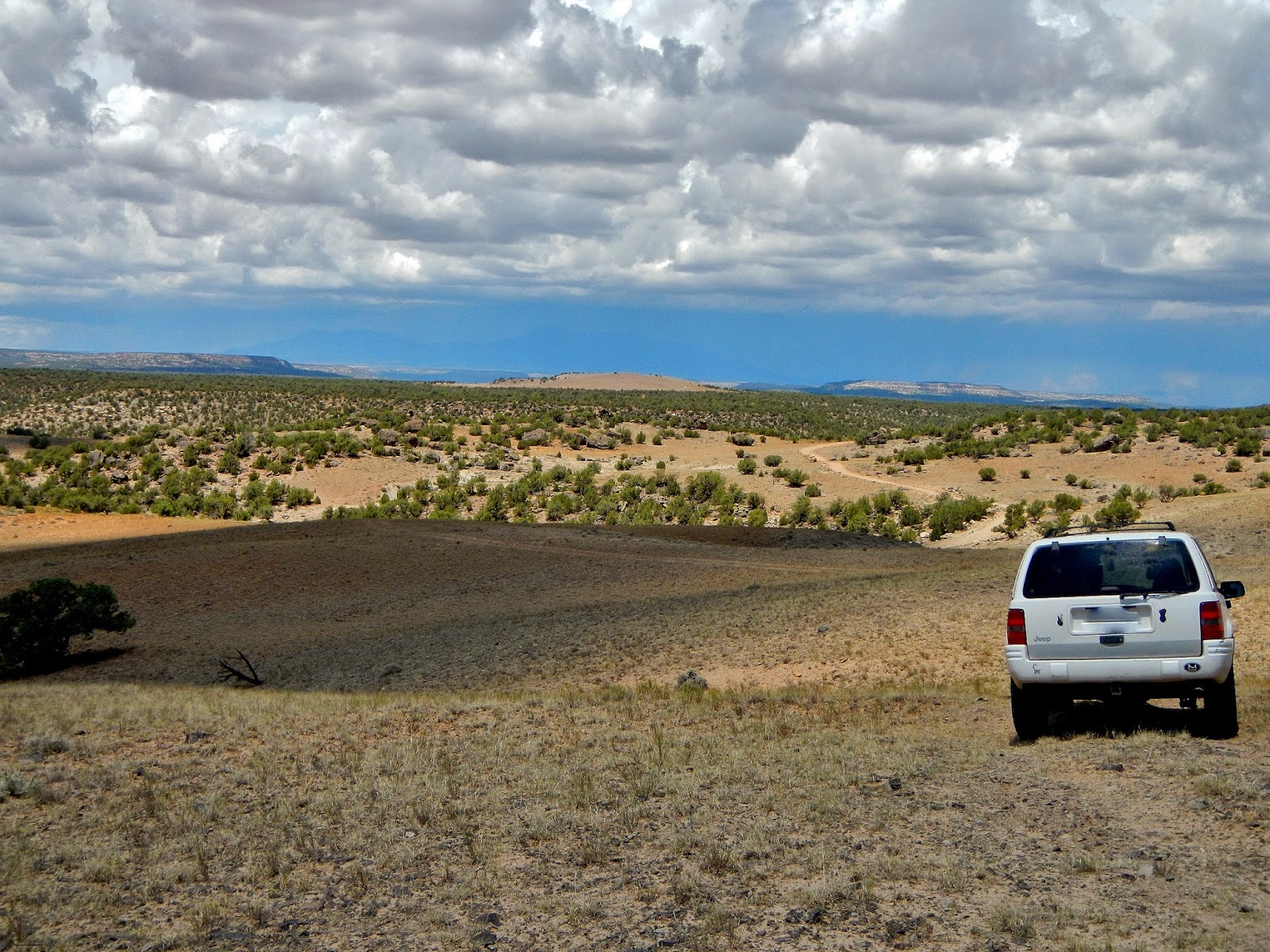 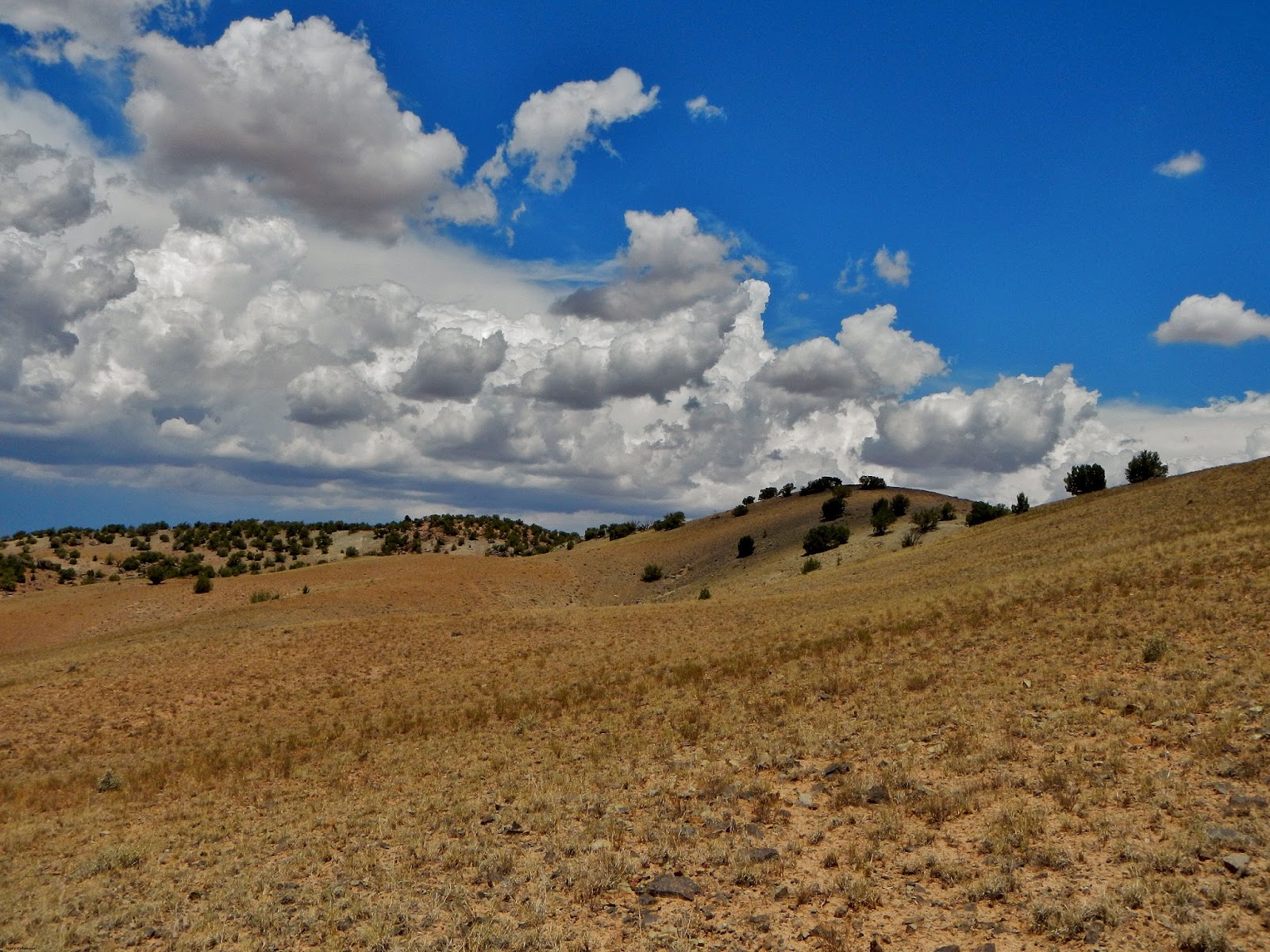 There you have it, another "All Roads Lead to Montezuma Canyon" adventure; backwards this time, but still just as awesome!