Nations of the Four Corners

"Nations of the Four Corners" is a cultural center owned and operated by the San Juan Foundation(http://sanjuanfoundationutah.org); located in Blanding, Utah.  It encompasses the Westwater Canyon area which also includes Five Kiva Pueblo and Nations Natural Bridge and Edge of the Cedars Museum and State Park.  Nations is a self-guided tour park with no admission fee; a minimum five mile hike of the park itself is guaranteed, and there is additional hiking paths into the canyon itself.  Sounds great, but one thing is so wrong with all this...hardly anyone knows about it.  Unless you pick up a travel brochure (Utah - Trail of the Ancients - Nations of the Four Corners) at a welcome center, you don't have any idea of its existence.  Oh, there is a small sign on the corner of Main and 500 South (going westward) in Blanding, and I believe all it says is, "Cultural Center" or "Four Corners Cultural Center", but that's about it.  No huge advertisements to entice visitors to the park;  just another one of those little secrets...until now.

So, here we are in Blanding, on Route 191 (Main Street) again; going westward on 500 South will bring you to "Nations", but if you happen to make a turn going eastward, well then you'll just end up at Three Kiva Pueblo.  Win-win situation if you ask me.  Take 500 South westward until you reach the park; there will be a very small parking area just to the right, but a much larger one to the left.  There will be an informational board there also, but the map...yeah, better make sure you have one of those brochures I mentioned; you're going to need it.


If you look in the upper left of the map, there is a mention of Five Kiva Pueblo and Nations Natural Bridge; aren't you glad I did that write up yesterday and how to get to it!  Now it's about a five mile hike to and from the Pueblo and Bridge, but it's about the same mileage if you just stay in the main section of the park.  It took us two and a half hours to complete it; that included the sites, going into the hogans and buildings, taking photos and enjoying the most beautiful scenery ever.  No wonder we were so exhausted, we drove to 1600 South to get to the other sites; no way we were doing another five miles! 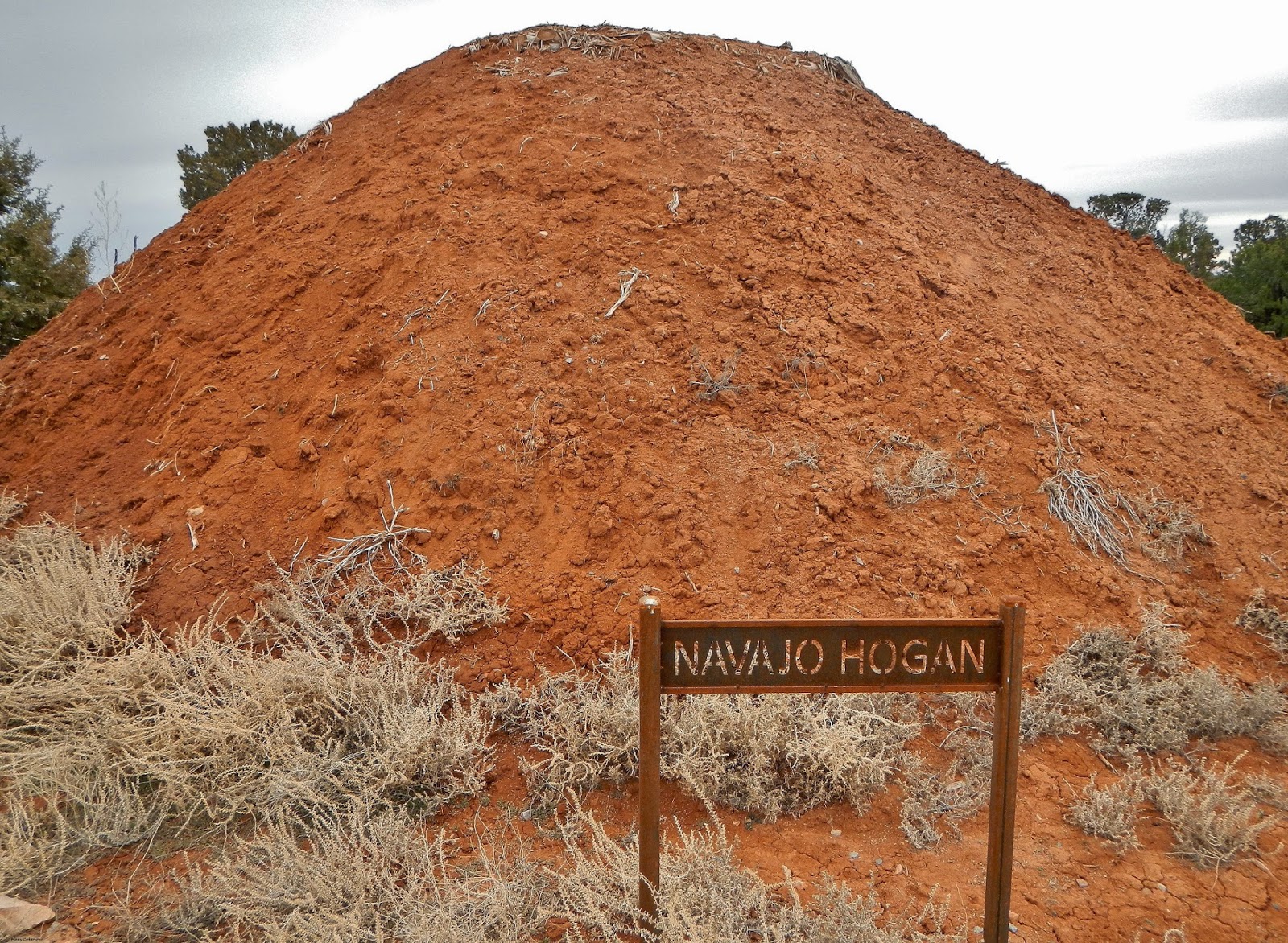 Roy and I began the adventure from the far end of the parking area near the Navajo Hogan; yeah, we aren't ones for following directions too well, so bypassed that star at the entrance.  Even though the hogan was constructed as an exhibit for the park, it was still fascinating; all that mud plastered over the hand-hewn beams.  Outside the hogan is a pioneer's wagon with beams and a picnic table under a wooden beamed awning (just one of several in the park). 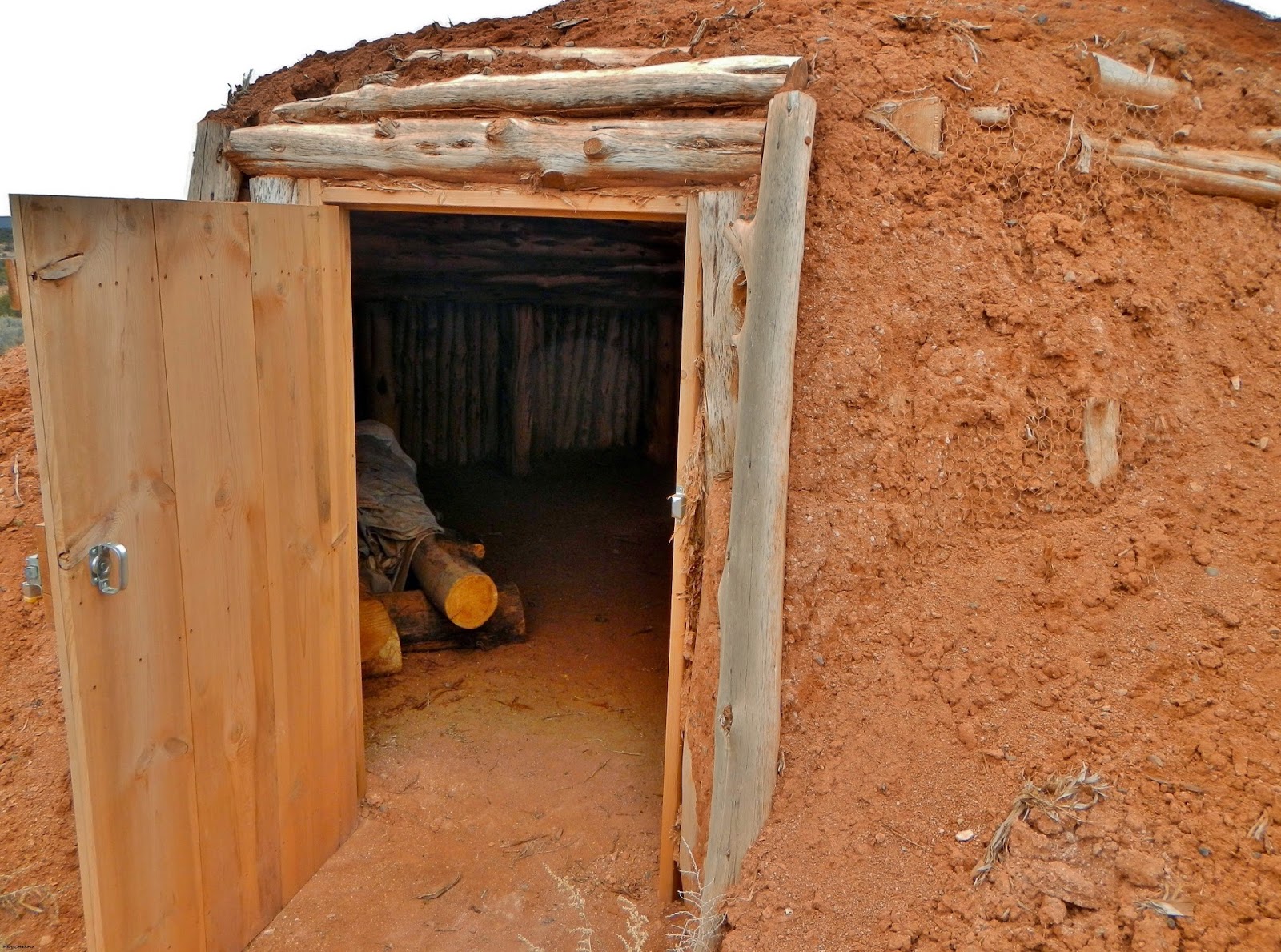 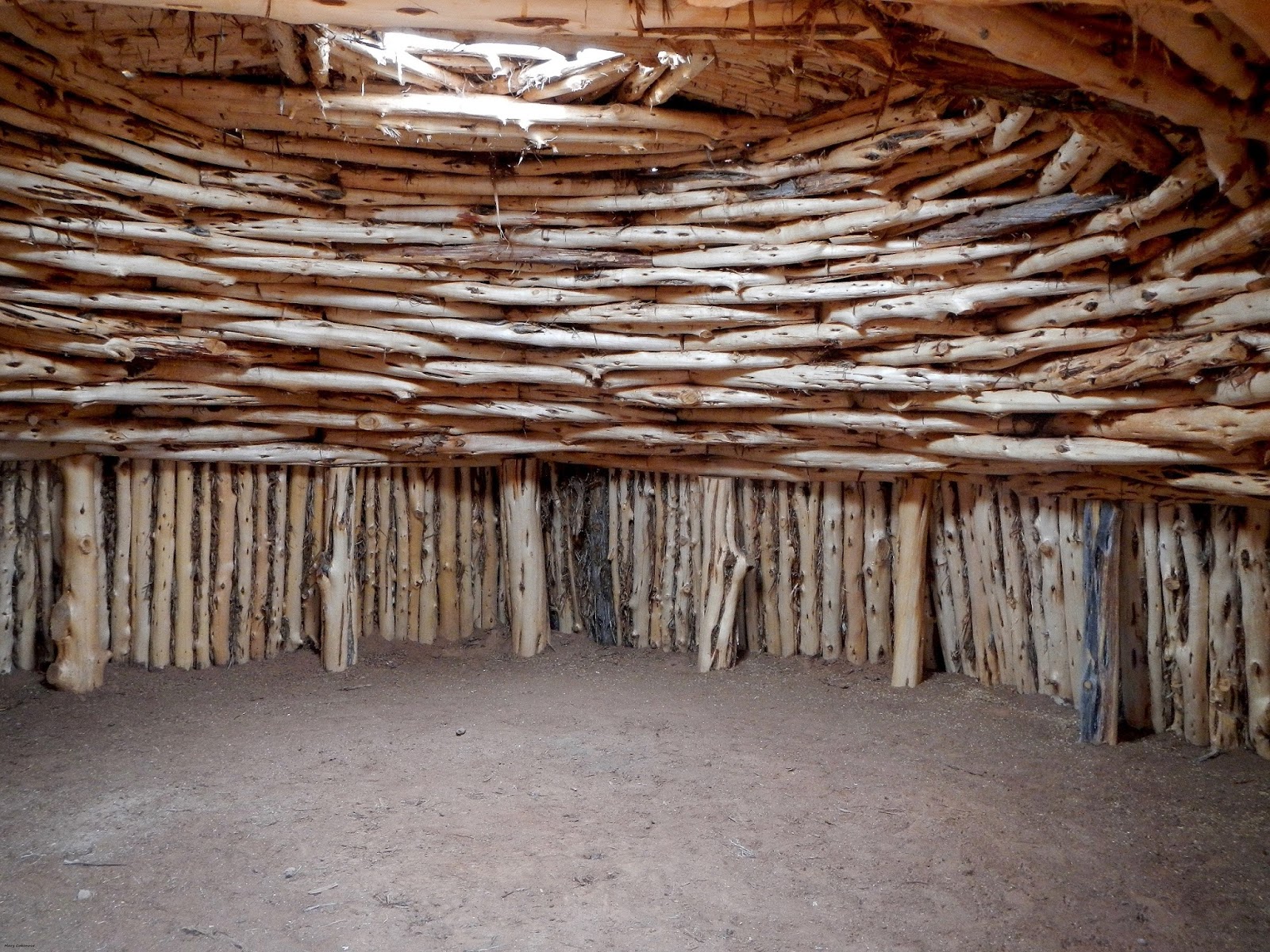 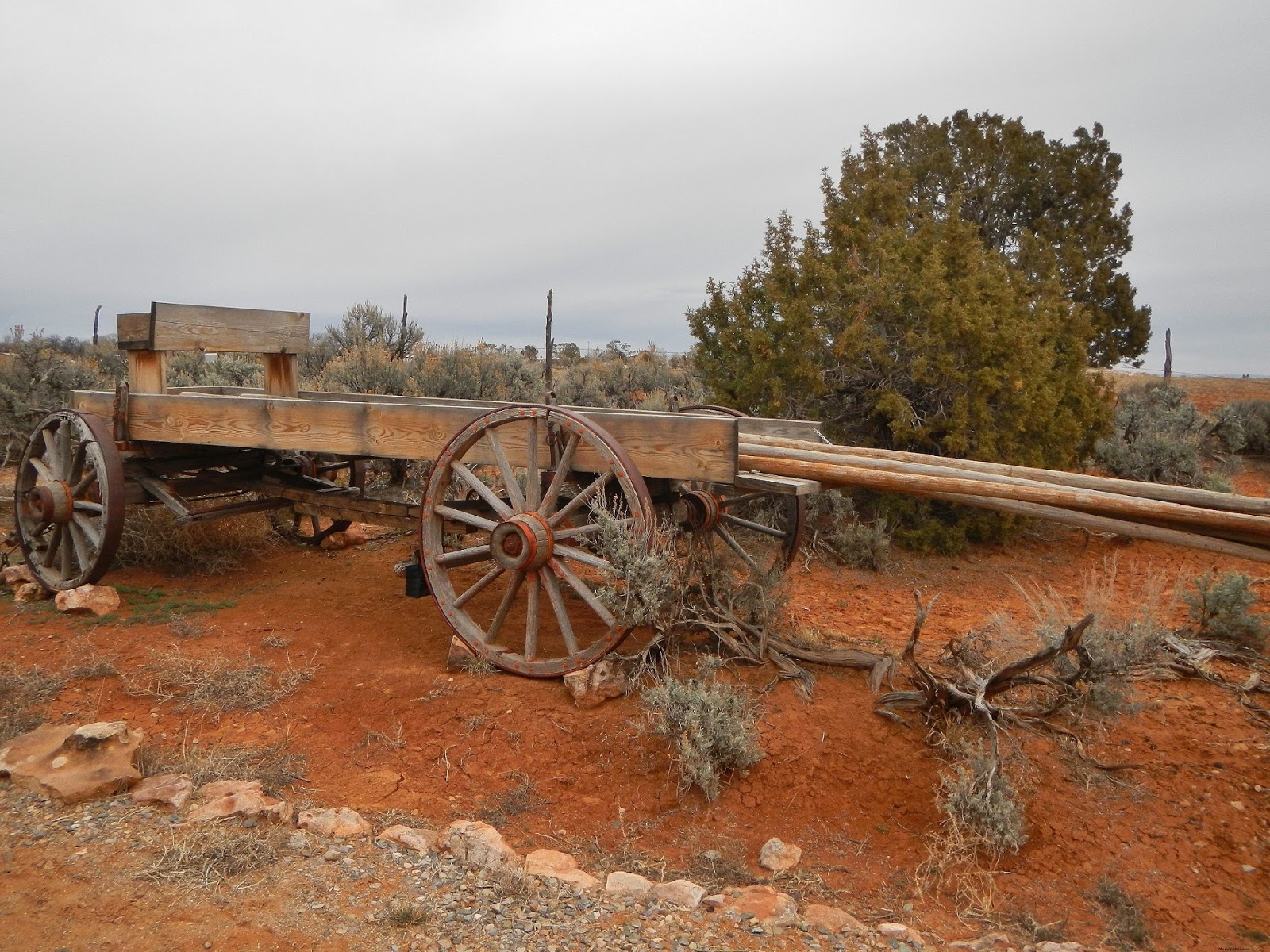 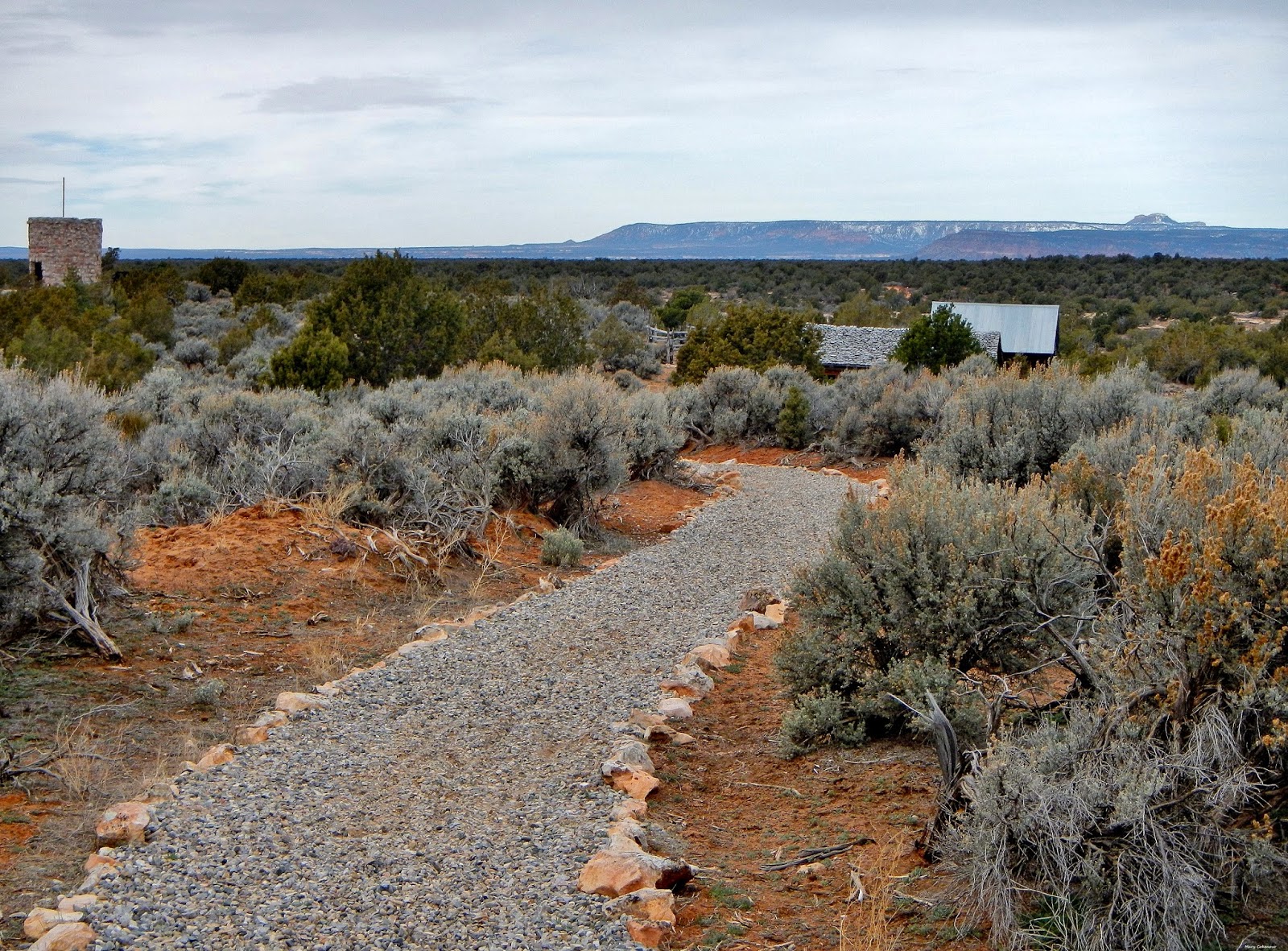 Now follow that gravel path to the Pioneer Site, to see how they lived back in the 1800's. I don't know about you, but I won't be giving up my indoor plumbing or electricity any time soon. 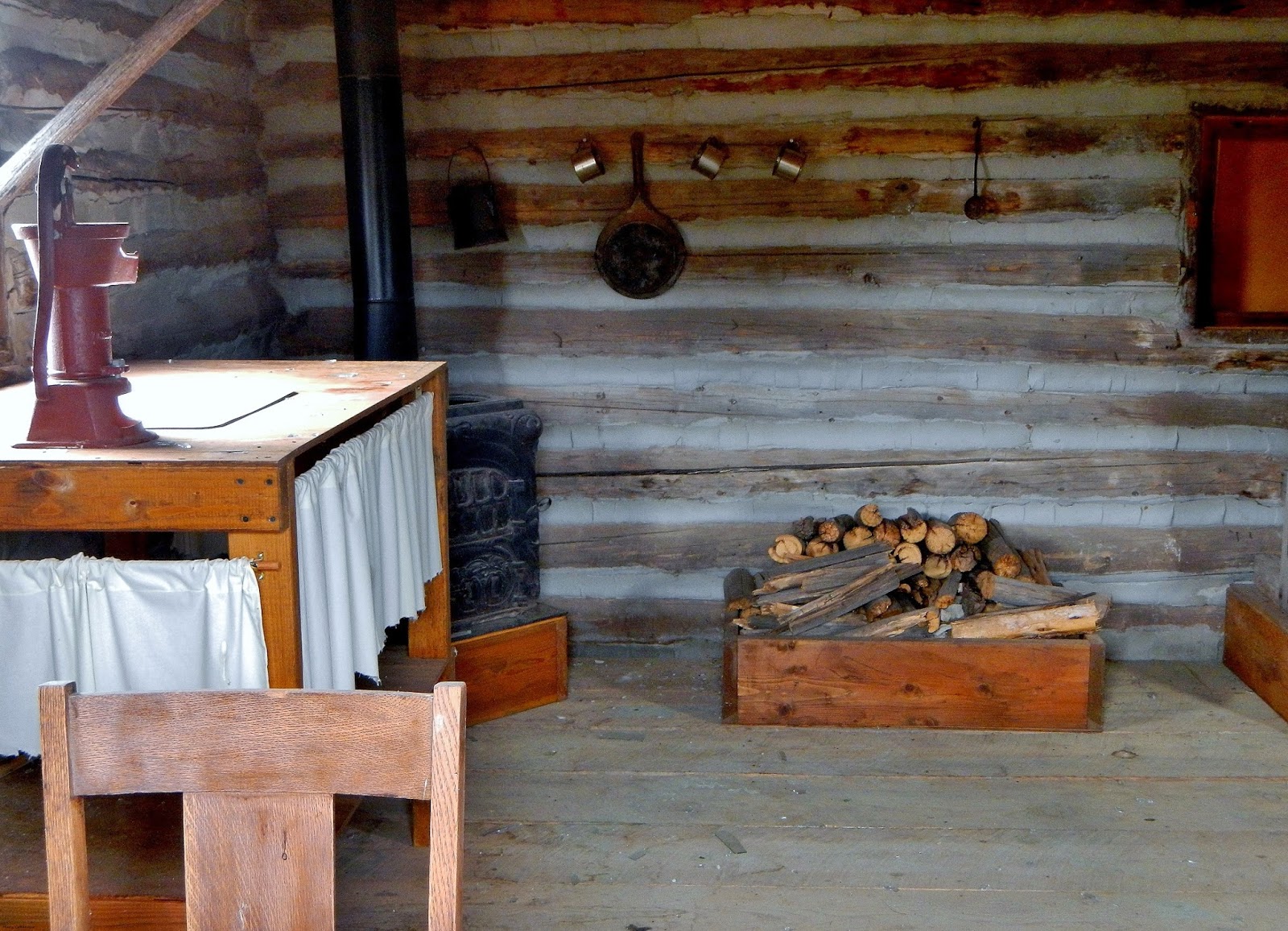 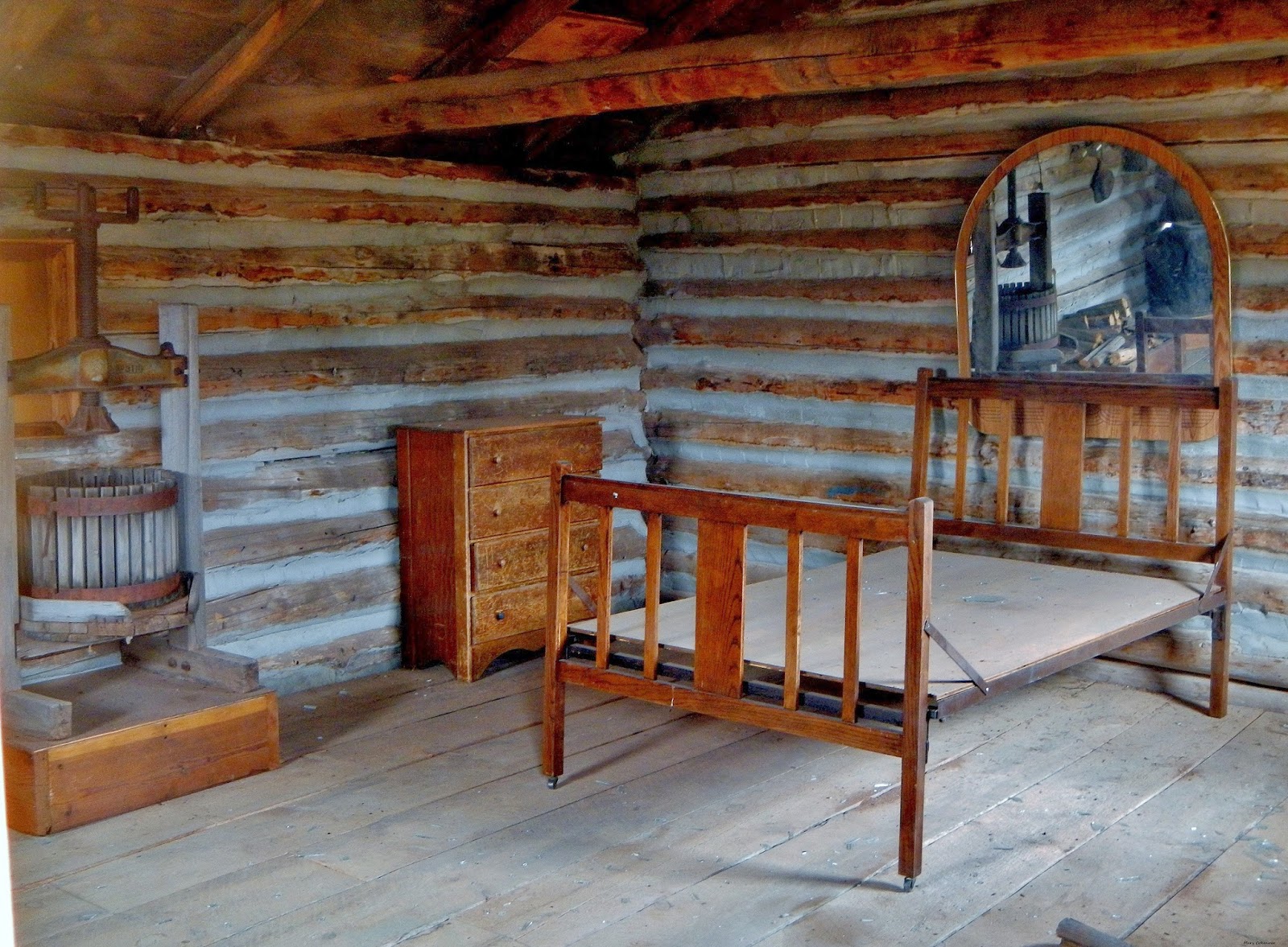 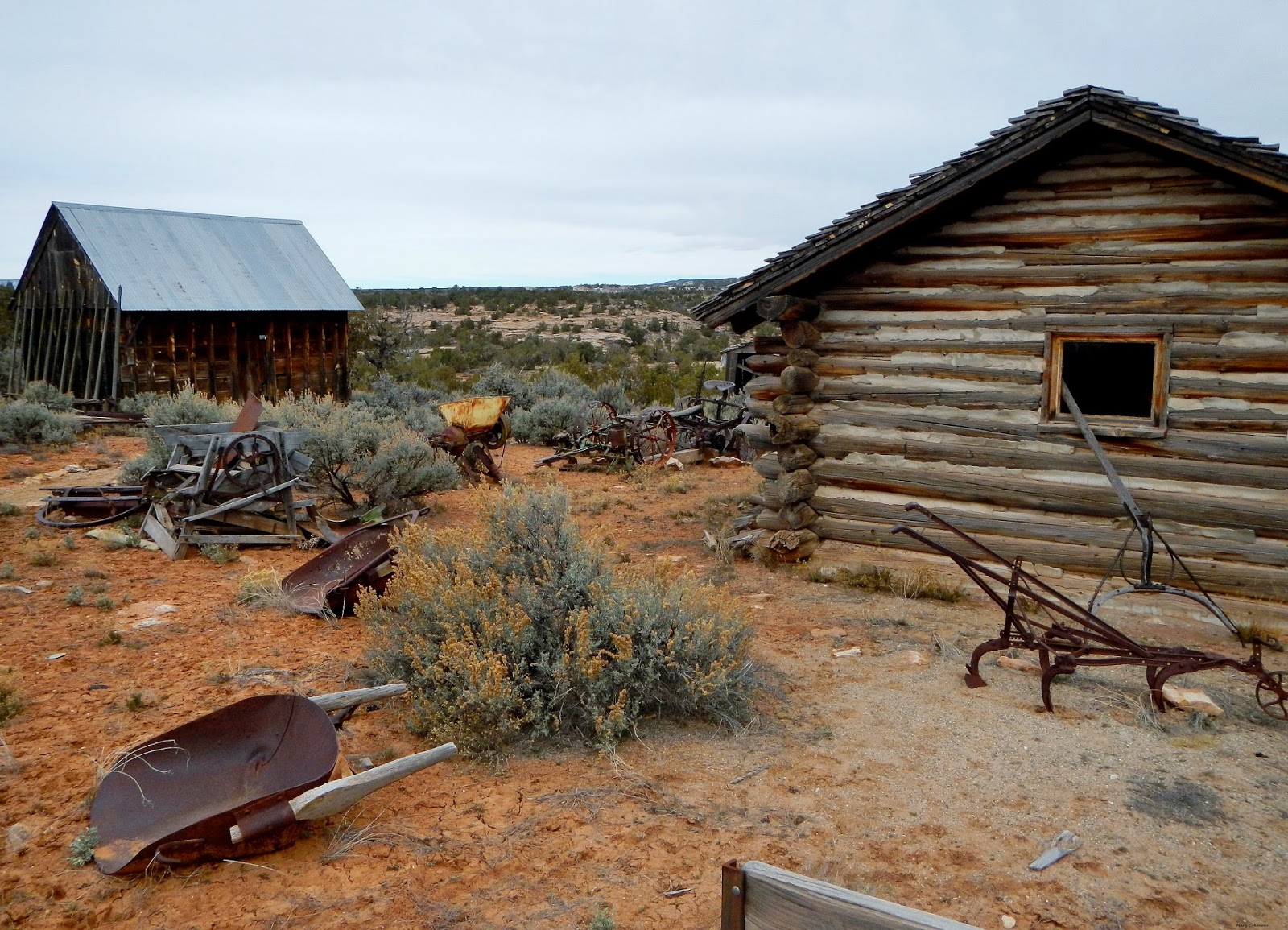 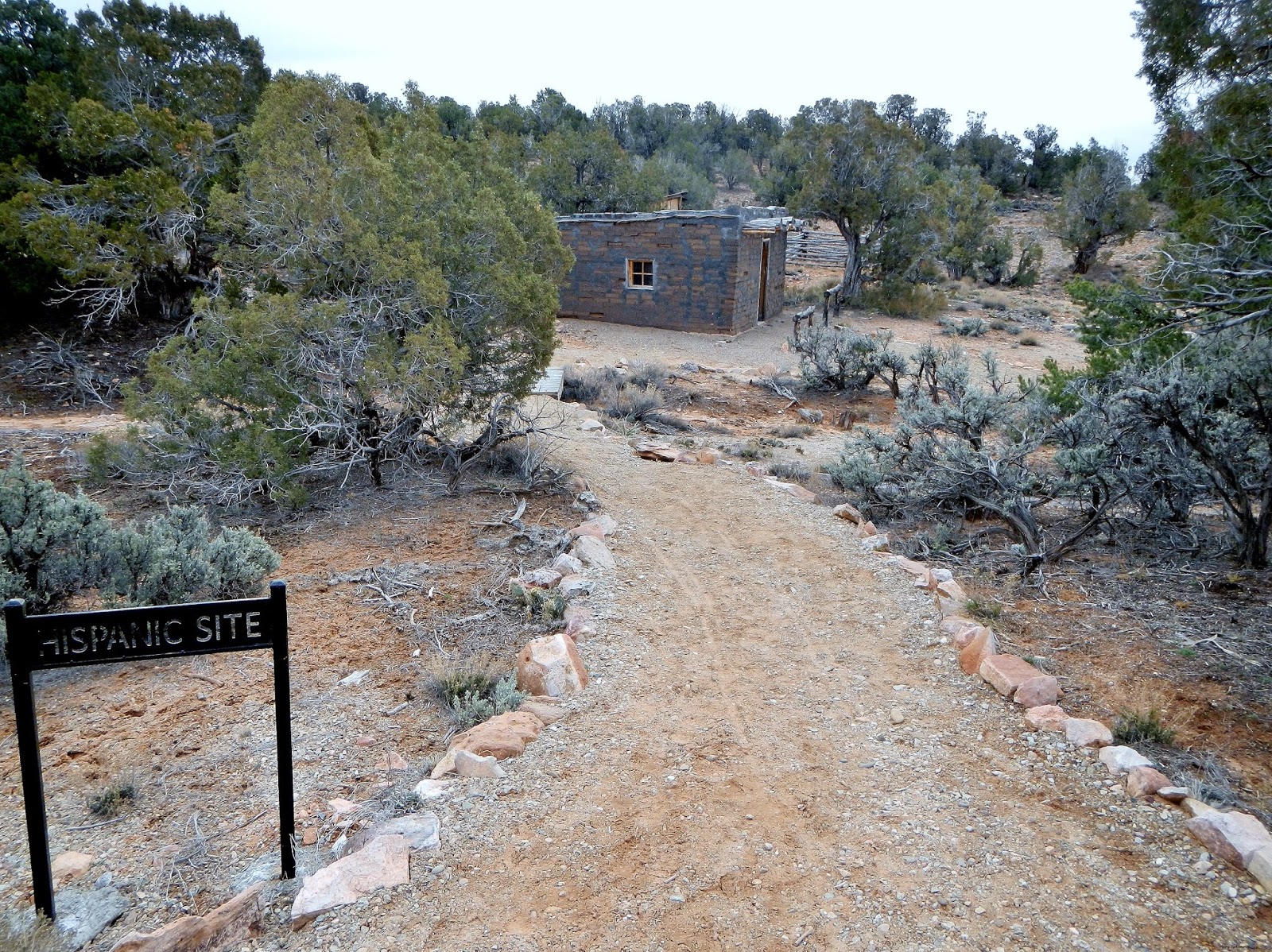 Follow another gravel path to the Hispanic Site; this is even more sparse than the Pioneer Site!  There is a corral to the side rear of the building. 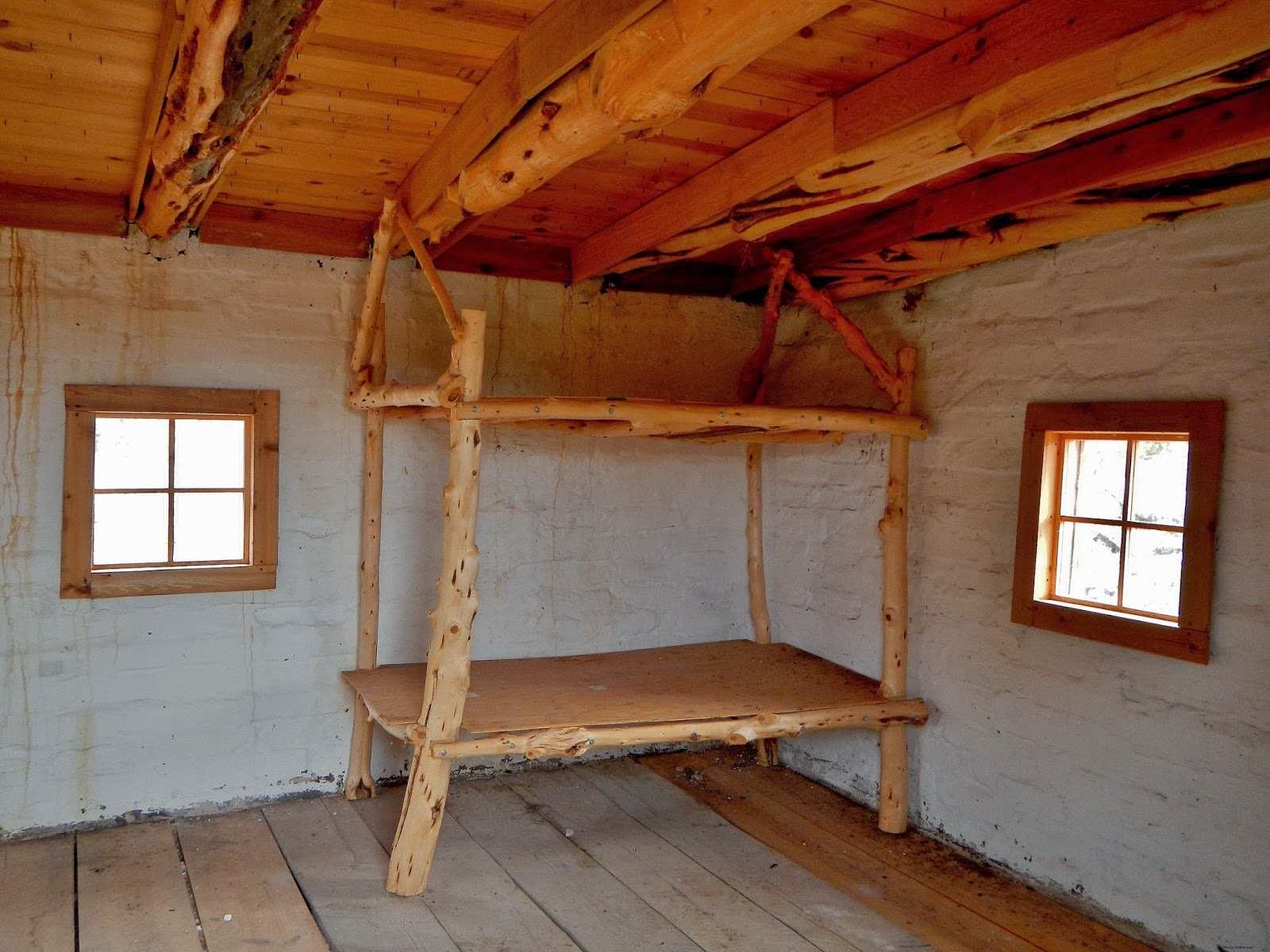 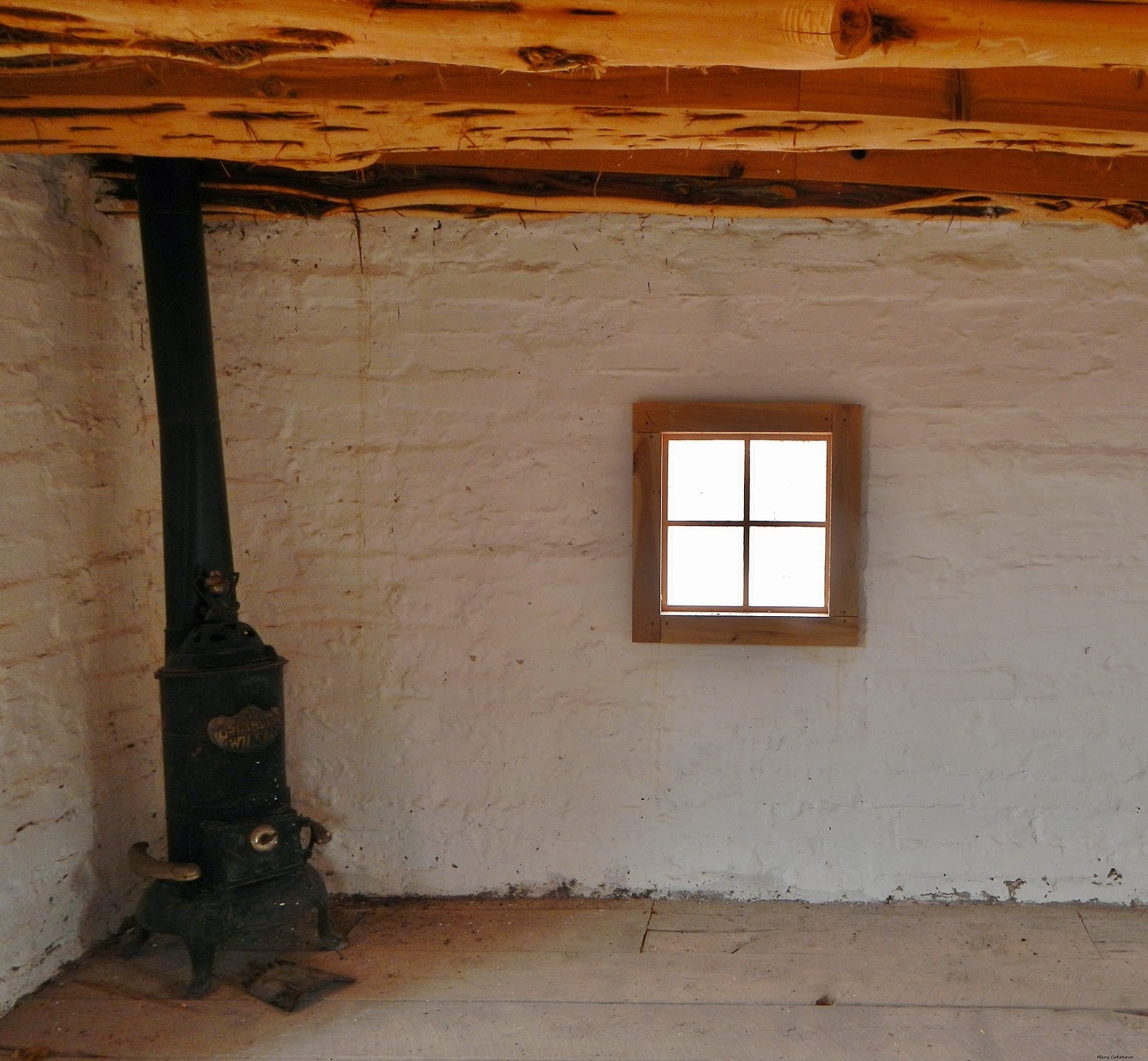 Hope you enjoyed those nicely graded gravel paths; now we're going full primitive trail: dirt, rocks, potholes and lots of unevenness.  The map indicates that the Observation Tower (center site) can be reached from basically every other site in the park, so we left that part for last.  Instead we trekked over the primitive trail to the Dine Site which has a male Hogan (pointed roof), female Hogan (rounded roof), an earthen oven and a sweat lodge.  You definitely have the feeling of going back in time in this area; it's almost a magical atmosphere surrounding you. 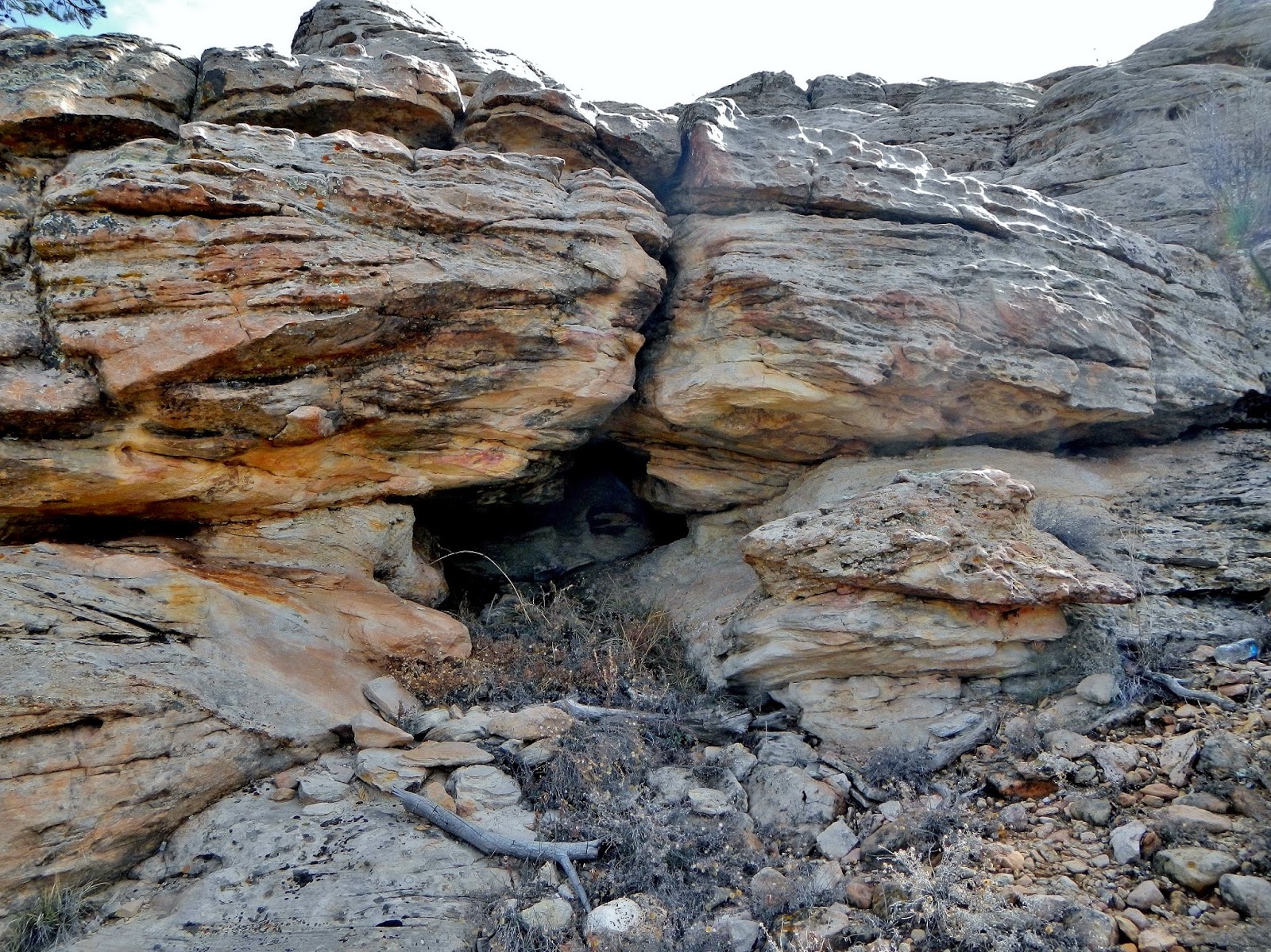 We bypassed all the trails that lead out to the far canyon area and kept going around the edge; sometimes the trail is not well marked, so you'll have to wing it.  Our main goal was to find Prayer Arch and the scenery along the primitive trail was well worth all the rough walking. 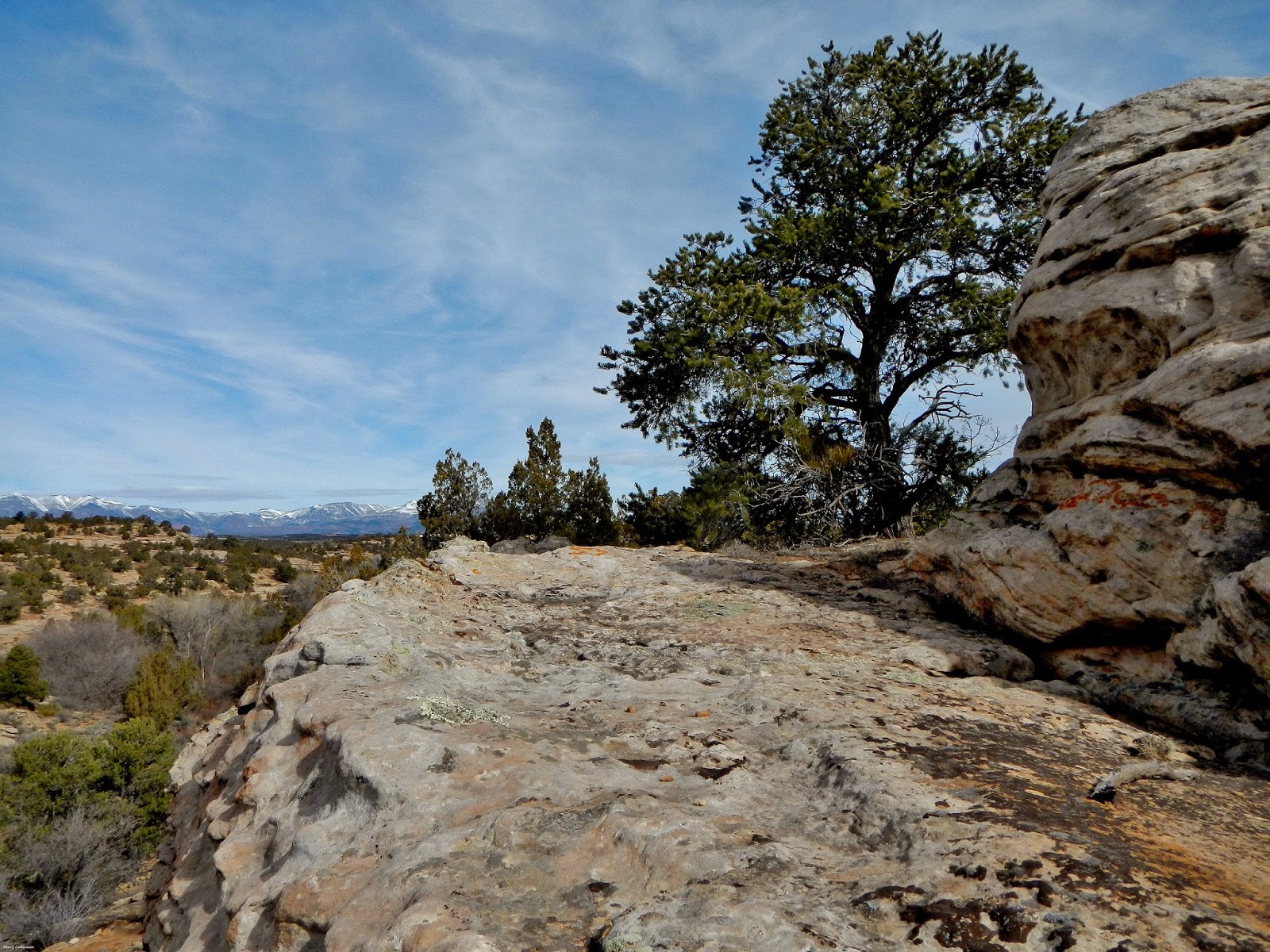 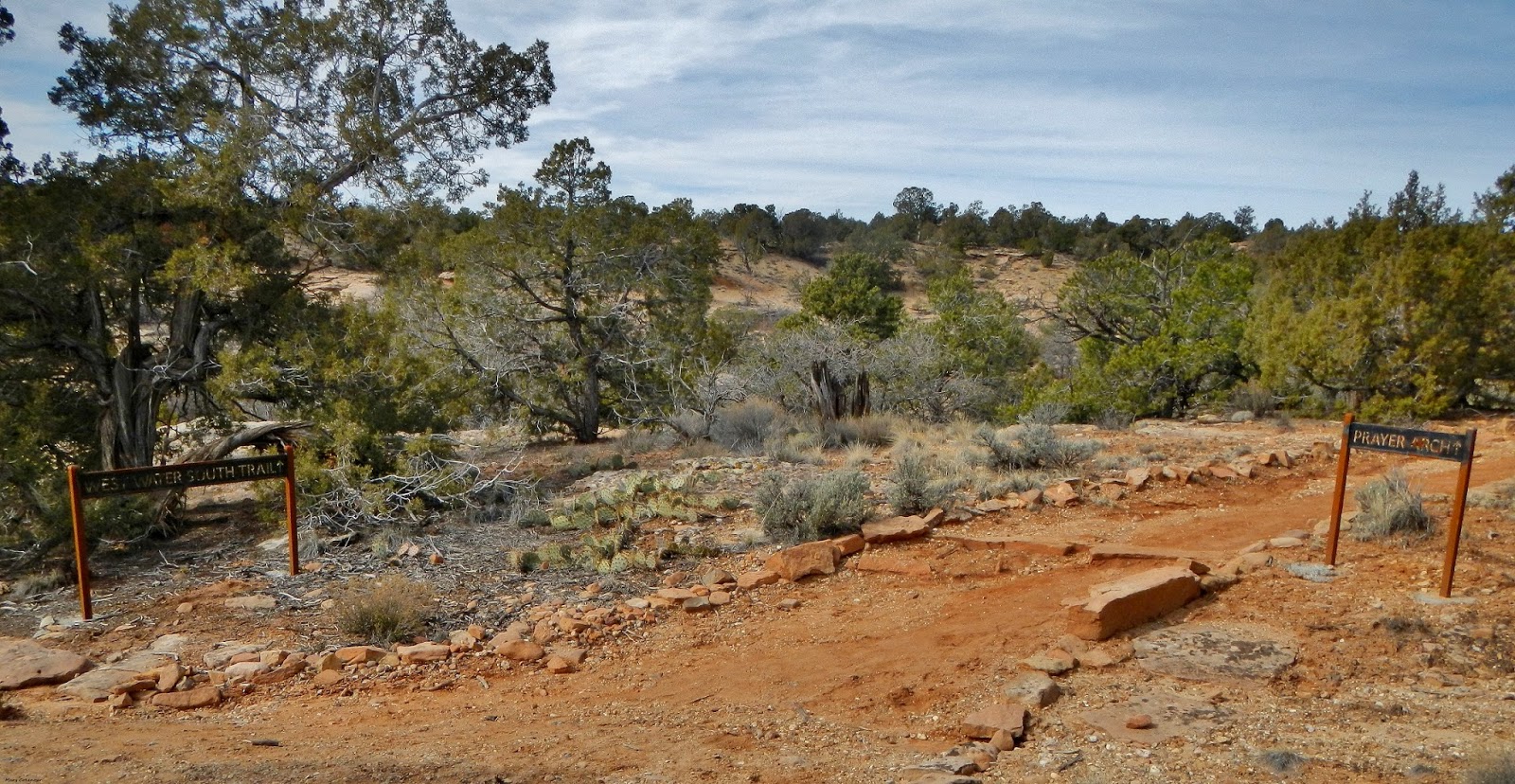 The trail to Prayer Arch is rough; it also leads you out of the park to the Blanding campus of Utah State University.  Of course you would have to walk the residential streets back to the "Nations" parking lot where you left your vehicle, and what fun it that.  Anyway, even though the trail is rough, the scenery is beautiful; about 1/4 of a mile along the way, look across the canyon and you'll see a small cliff dwelling. 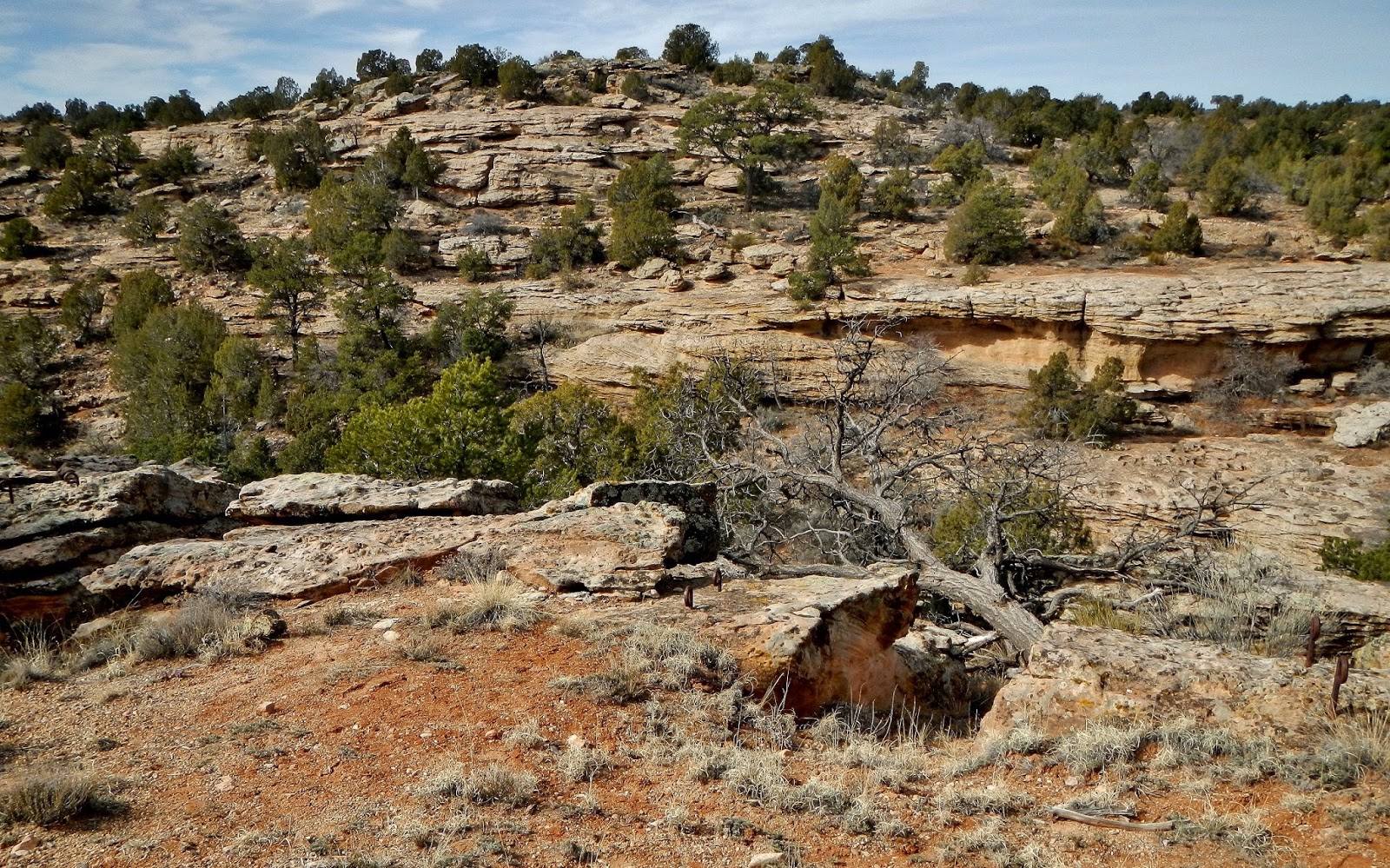 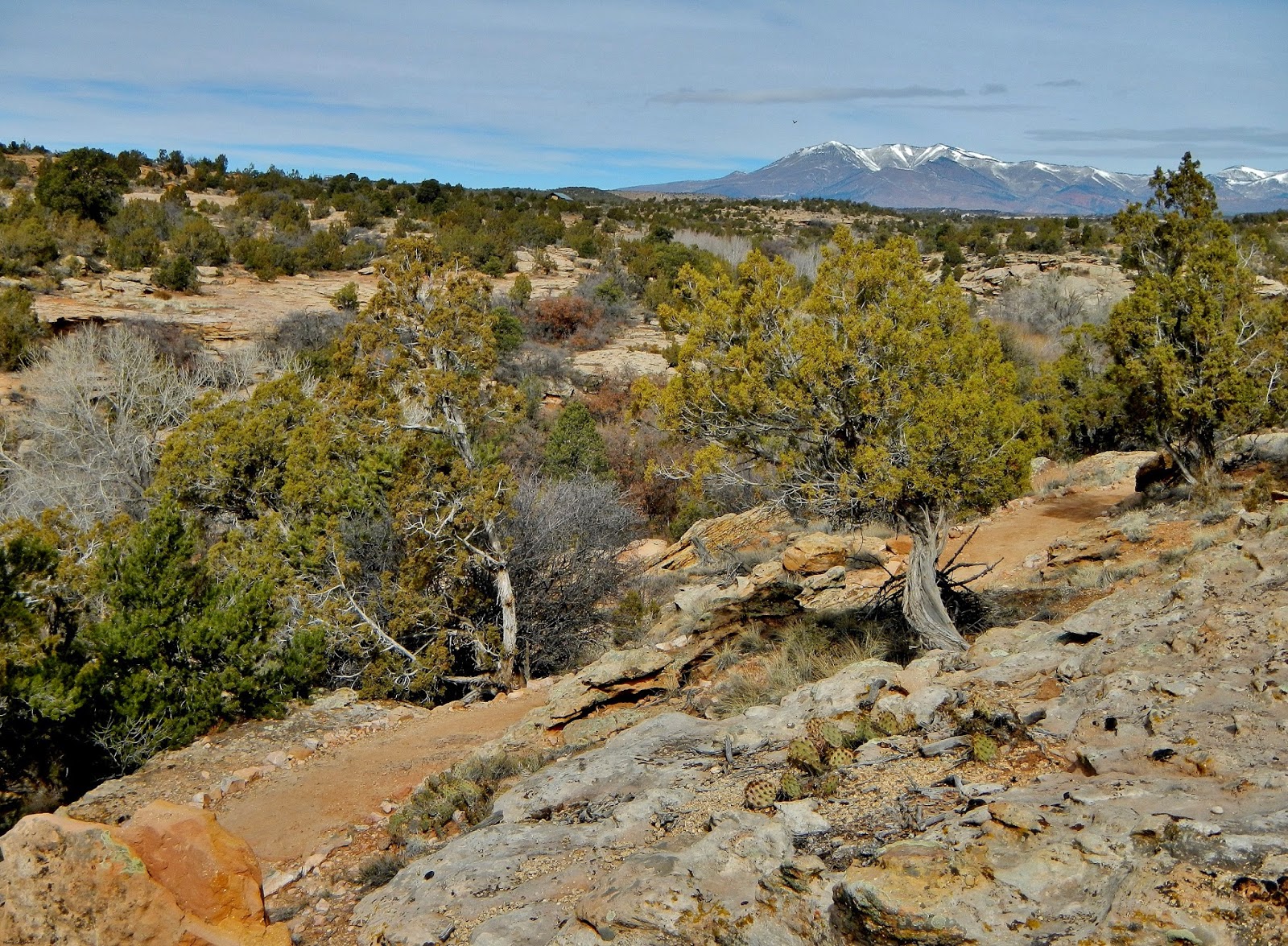 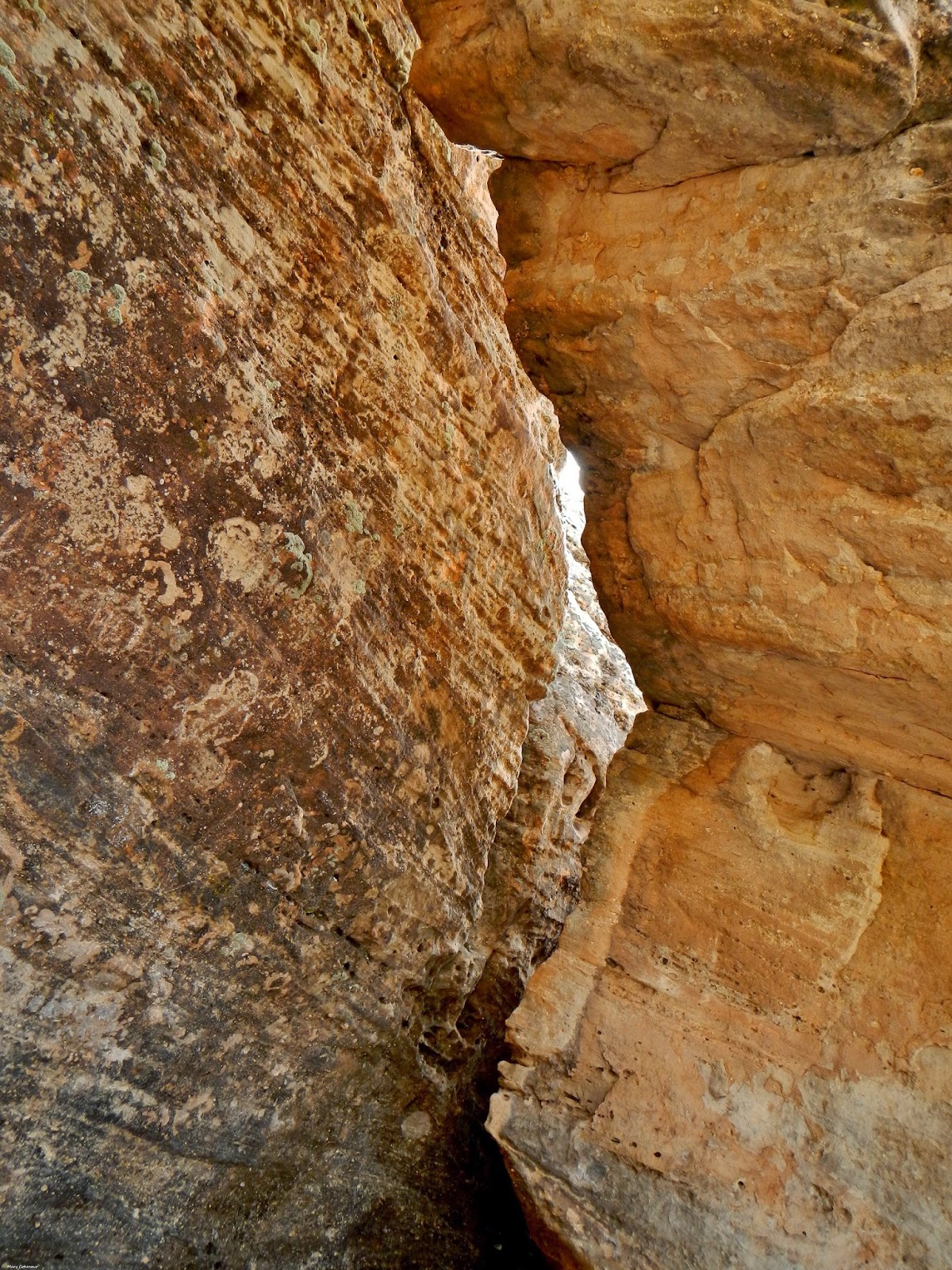 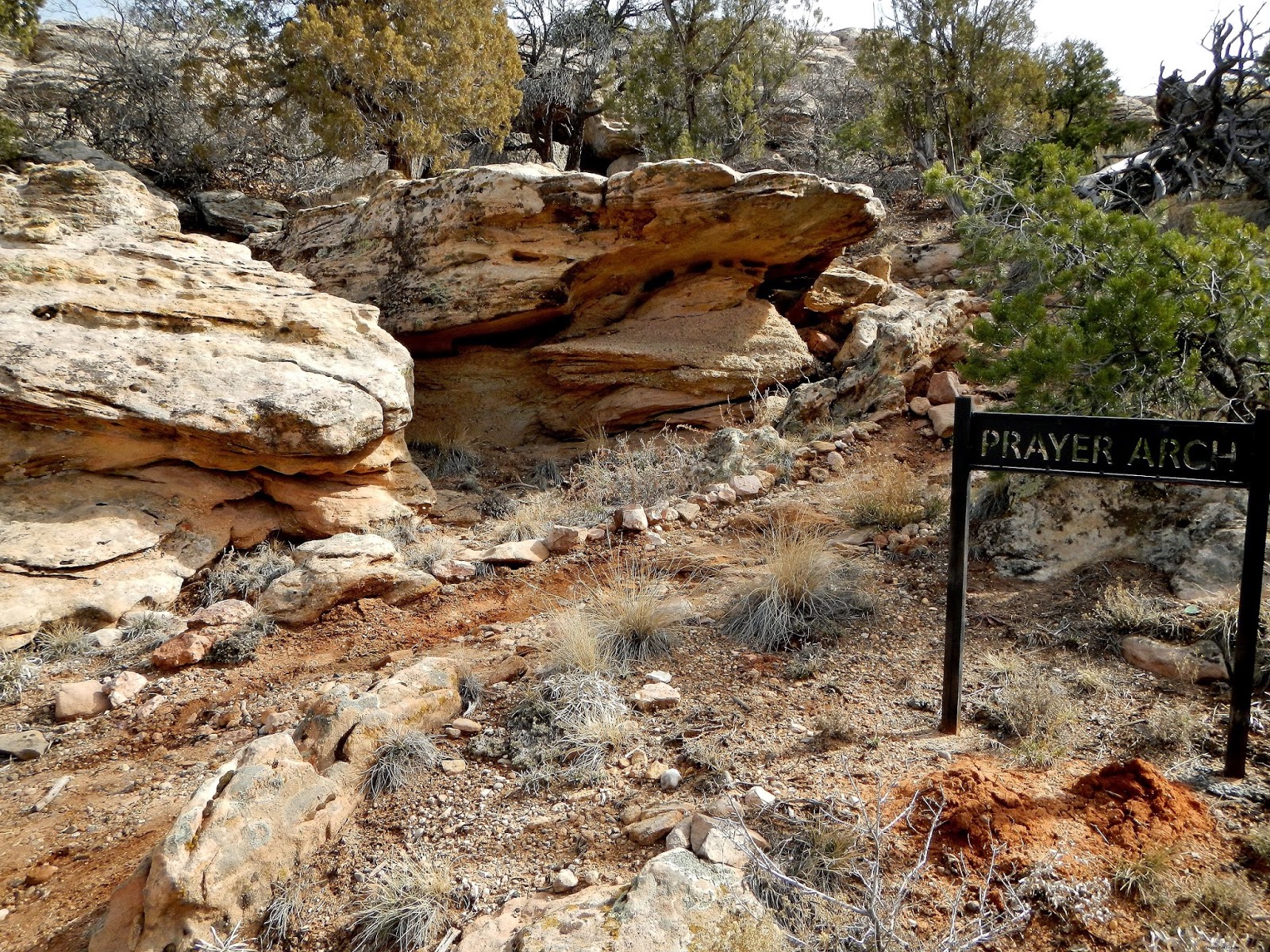 At the entrance to Prayer Arch, the trail gets sandier and ascends; you're looking around for the arch, suddenly you see it and it's a "Wow!" moment.  The arch itself is actually separated from the back wall; there are several small samples of "rock art" on this wall, near the upper right section.  The algae on the wall, however, makes it difficult to see, and to discern if it is actual primitive art, or more modern scratchings. 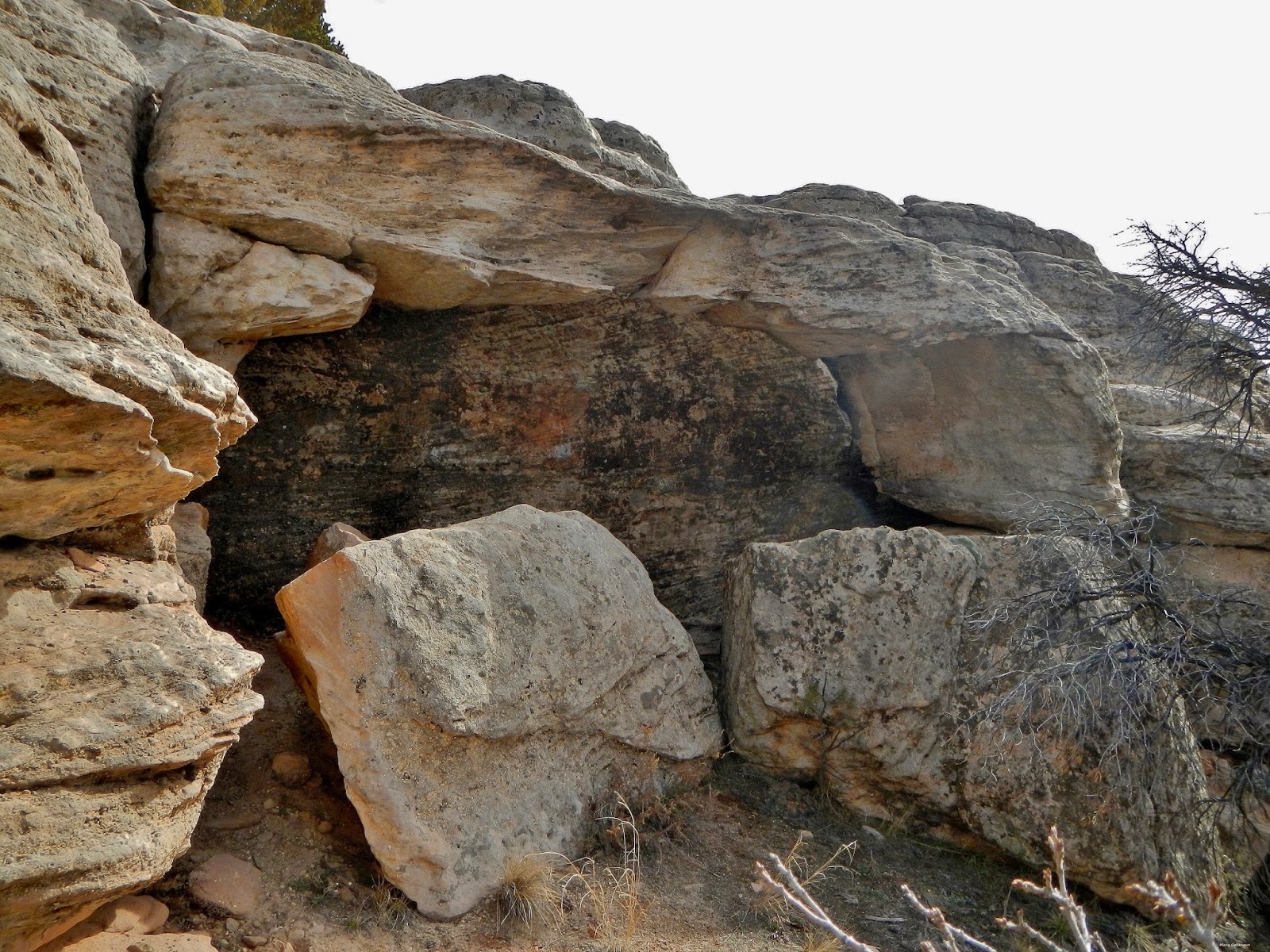 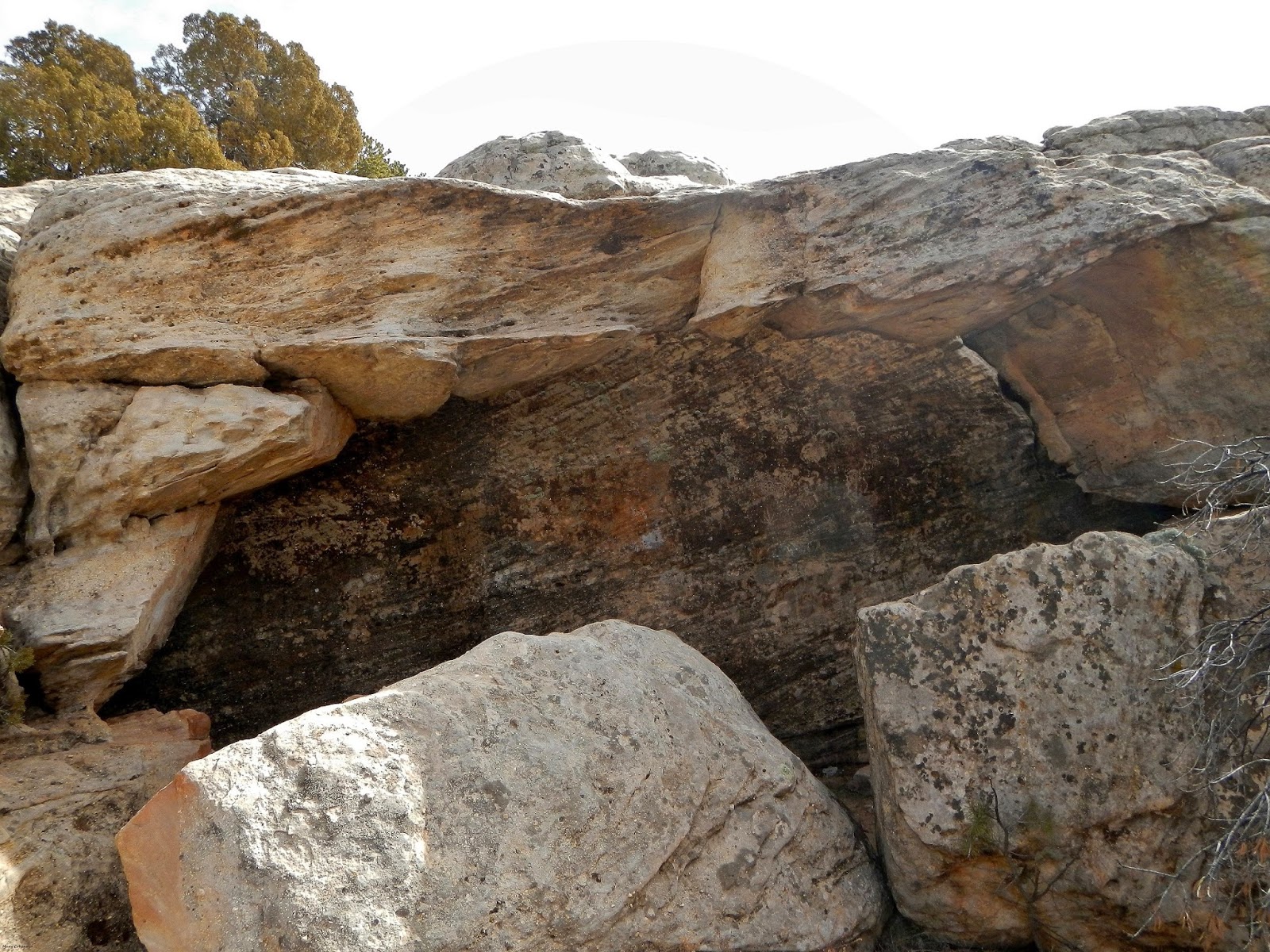 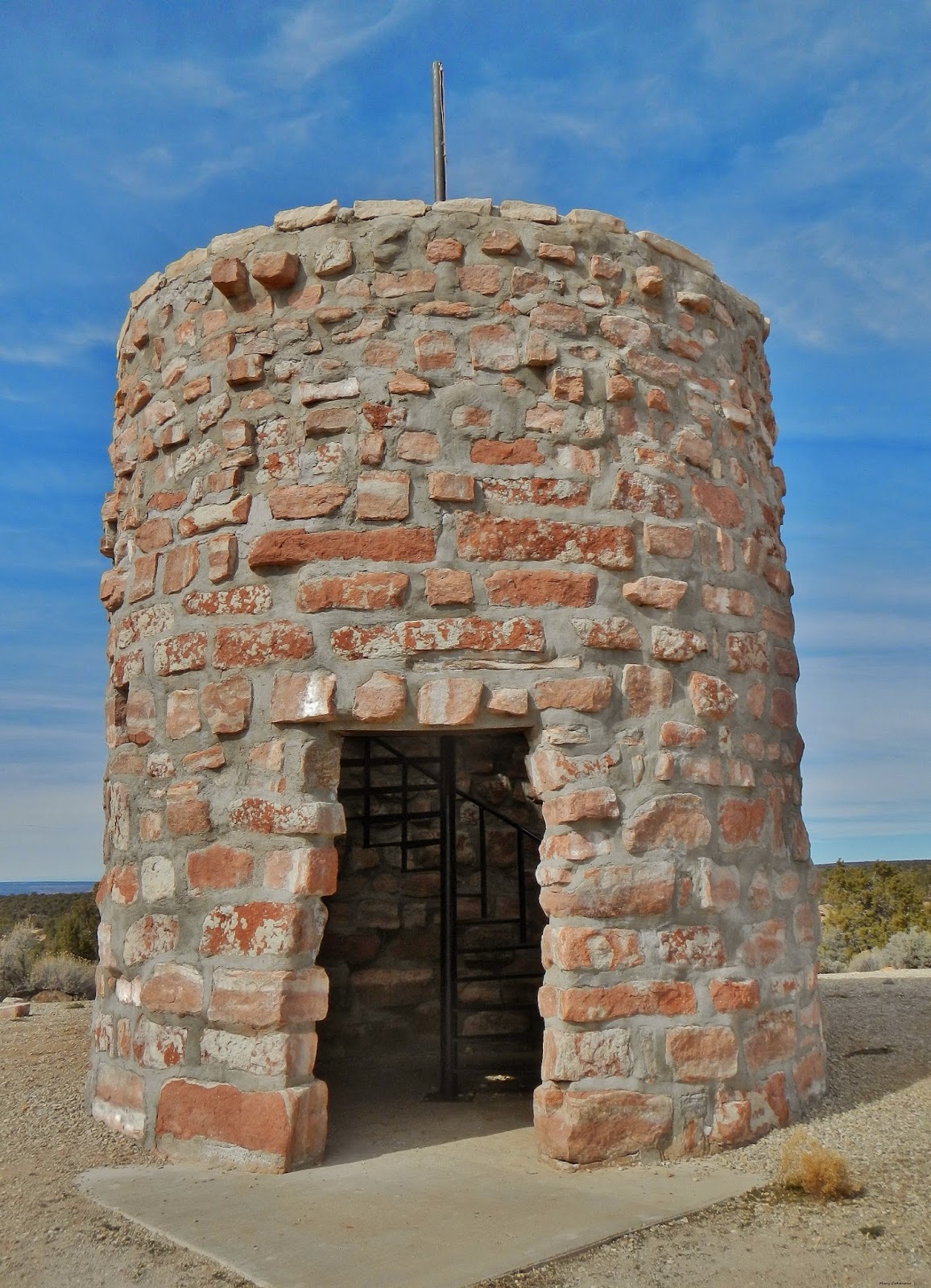 Backtracking the half mile to the Observation Tower and spectacular views of, not just the park sites, but the surrounding areas.  Nearby are the "Marriage Trees"; a tradition that dates back to numerous ancient cultures and continues to this day.  After a couple marries and moves to their new home, a pair of trees is planted, so as the relationship between the couple grows and matures, so do the trees.  By the way, you'll be back on those nicely graded gravel trails again.


By this time we were physically exhausted and all we had on our mind was getting back to the SUV and getting a well deserved meal.  There you have it though, "Nations of the Four Corners" and another of those secrets you should NOT miss out on.
Mary Cokenour
Posted by Mary Cokenour at 4:22 PM