Westwater Ruins and Nations Natural Bridge...Hush Now, They're a Secret.

Seems wherever you are in the southeastern section of Utah, there's a secret; the locals know about it, but most will tell you they "know nothing about it". For example, Browns Canyon Ruins; they're obviously on the roadside, but as far as the locals are concerned, they don't exist.  Makes me think of the movie "Fight Club"; first rule of fight club is we don't talk about fight club; first rule of living here, we don't tell visitors anything. This makes Roy and I want to find out about it even more; basic psychology really; the more something is withheld, the more it is desired.


So it came to pass that I inquired about Westwater Ruins, aka Little Westwater Ruins, aka Five Kiva Pueblo.  A retired BLM ranger told me, "it was a set of ruins that Blanding allowed its citizens to use as a party place and destroy; nothing there now and the road is closed off anyway".  Ummm...nope, it's not; there's a parking area, a rather nice sign marking its existence; you can hike to it; and a minor mention on a tourist brochure given out by Blanding itself.  Directions to it though...to the internet where other travel bloggers offered information and photos; and now I offer you the same.

Now there happens to be a beautiful area that is part of the "Trail of the Ancients" called "Nations of the Four Corners"; that will be my next post which will be rather large photo wise.  I'm mentioning this now as on the way to Westwater, you will pass by "Nations Natural Bridge"; both can be hiked to from within the "Nations" park as well.  Lets get to those directions...

Off Route 191, you want to head west on 1600 South (make a right if traveling south, make a left if traveling north); your landmark will be a truck facility on the corner.  This street is paved until you see a Utah State Department building on your right and then it looks like it turns into a dead end, but it really is not.  Ignore the "dead end" sign and the street sign, it's off kilter anyway; move to the gravel road all they way on the left; continue down this roadway and the first sign you see will be for "Nations Natural Bridge". 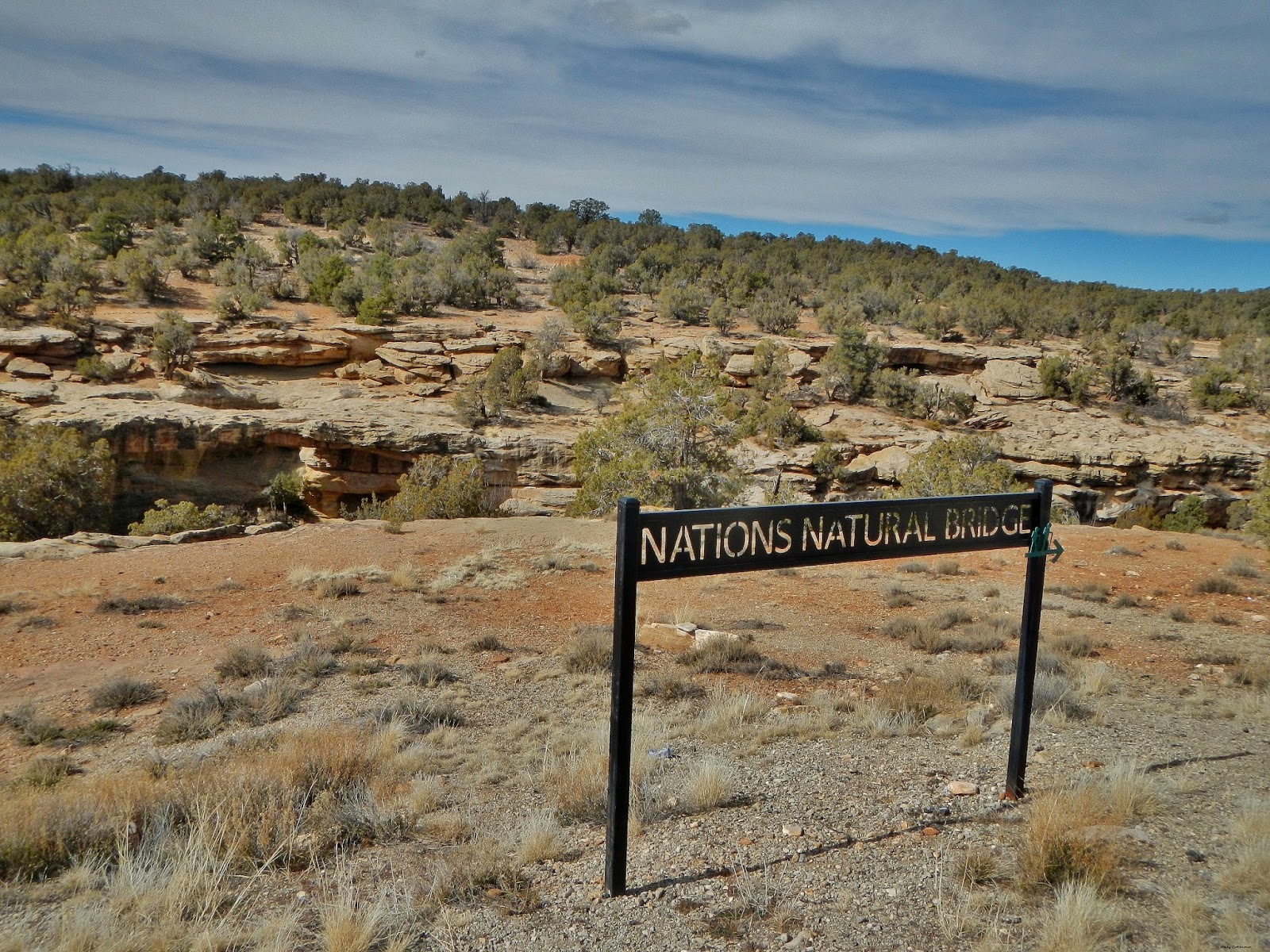 This natural bridge is nowhere as large as the three bridges found at Natural Bridges National Monument on Route 95; but it is accessible from a hiking trail in the Nations of the Four Corners, and you can walk over it.  The canyon area it parallels is absolutely gorgeous!  However, always remember that you are in a wilderness area and that there is wildlife out there; as exhibited by the coyote corpse I almost stepped on while wandering around the cliff area. 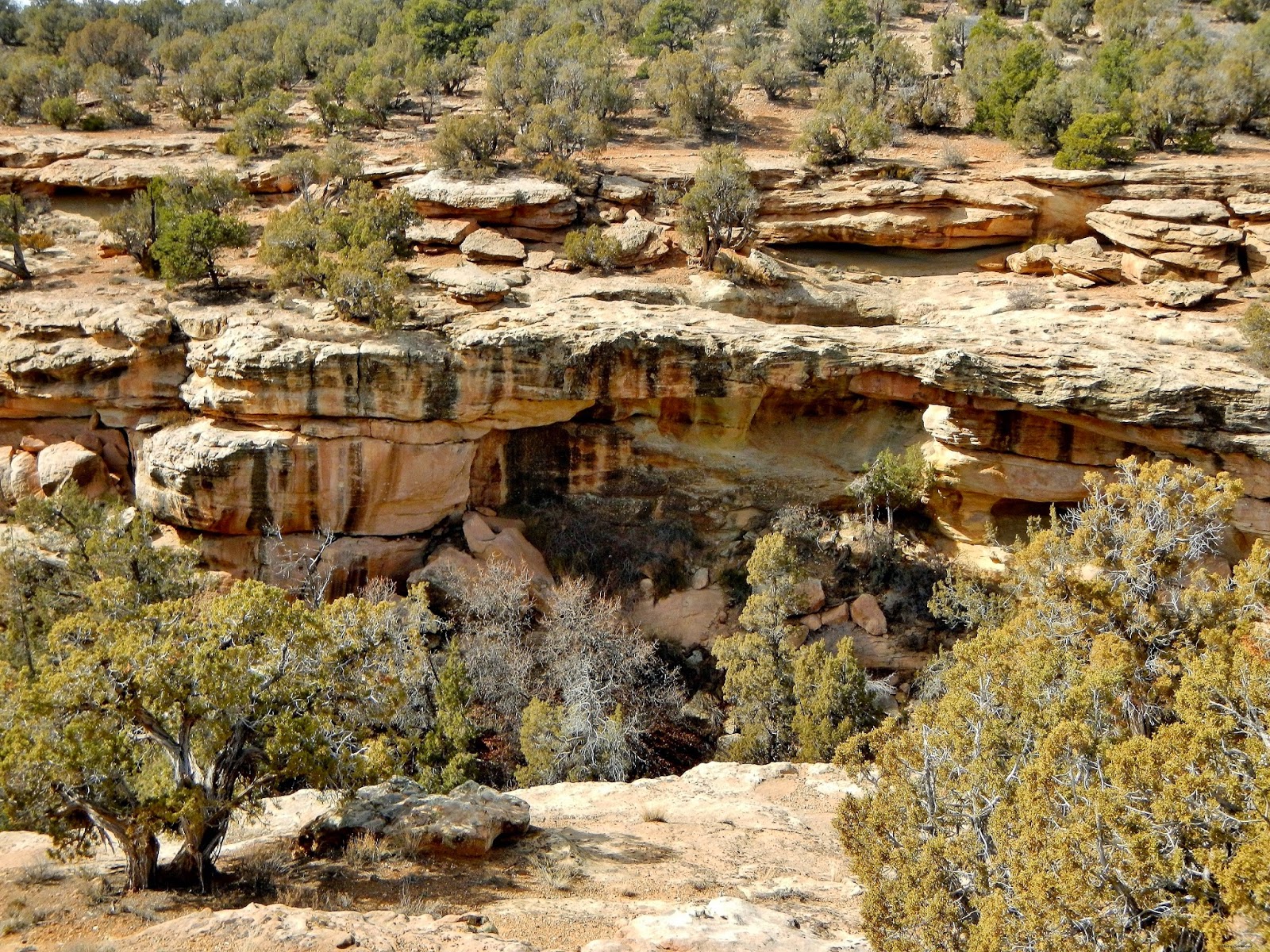 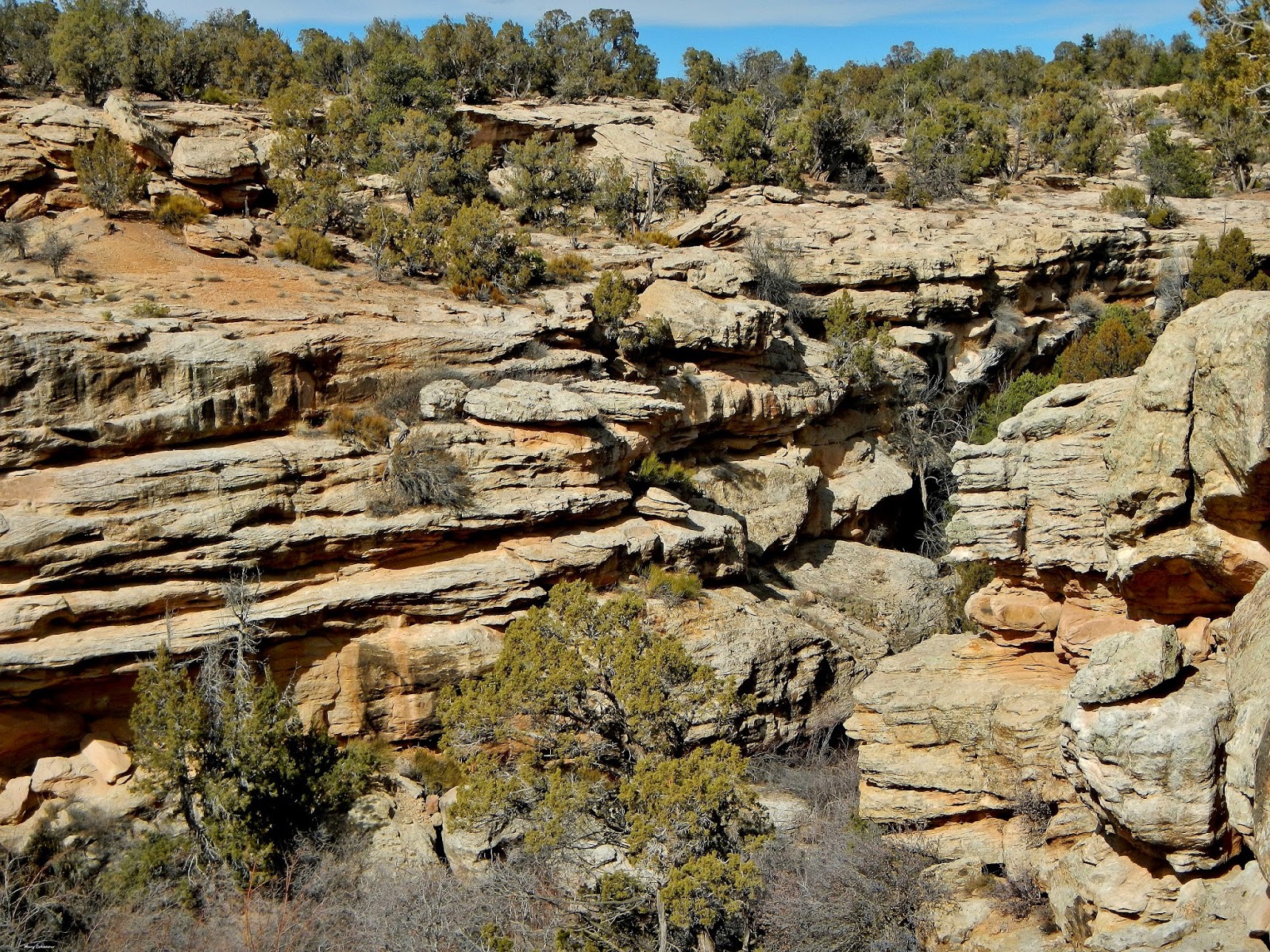 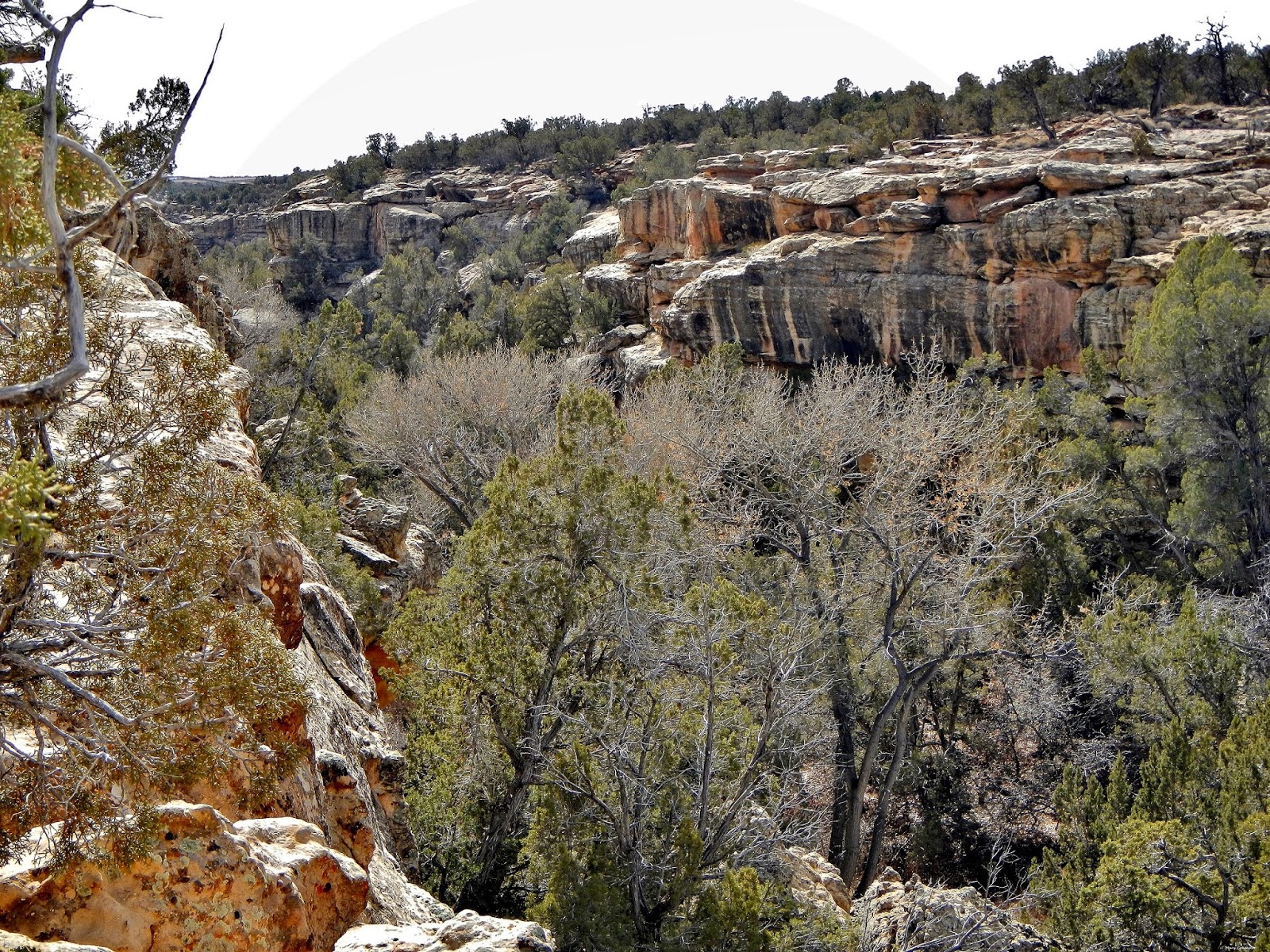 Continue down the gravel road till you reach a parking area and welcome to Westwater Ruins aka Five Kiva Pueblo; this is a most outstanding example of ancestral architecture.  Westwater Ruins is a cliff dwelling that was occupied about 1150 A.D. to 1275 A.D.  You can climb down to and across the canyon to get a closer viewing; finding the trail down though is a mystery in itself.  I ended up walking to the far end of the parking area, maneuvering over rocks and finding vantage spots for photos.  I also found some excellent and unusual rock formations, and eventually the actual trail that is next to the sign in the parking area.  You would never know looking at it directly as it is overgrown with surrounding bushes and very, very sandy; you slide downwards more than walk.


Once again, the canyon landscape is out of this world!

When you're heading back the way you came, keep a look out on the cliff face for more ruins.

Once I write up Nations of the Four Corners, you will realize that there is a lot of hiking involved with this park area.  Whether you visit Nations Natural Bridge and Five Kiva Pueblo before or after; do NOT miss out on them, no matter how tired you may be!