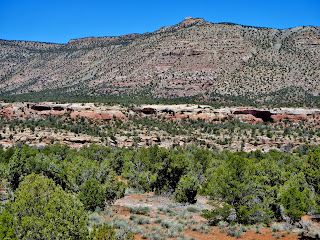 So, after making that short visit along the Sand Canyon Trailhead; along Road G we continued towards Utah. If you have the time, sometimes you need to travel a road both ways to see what you missed the first time around.  You'll understand what I mean with this next set of photos.  Oh, by the way, across from the Sand Canyon Trailhead is a winery which does have a tasting room, and sells by the bottle.  Just in case you need some after that long hike, or want to take a bottle along with your picnic; just remember to take your garbage out of the canyon area with you. 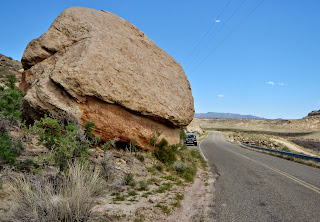 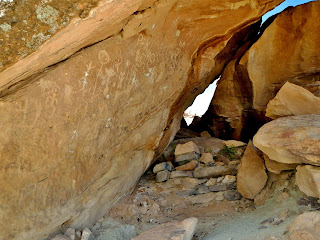 The last time we traveled Road G, we took Route 262 which is between White Mesa and Bluff, off of Route 191 in Utah towards Cortez.  Along the way, we saw this huge boulder almost sitting on the left side of the roadway.  Big deal, seen one boulder, seen them all, right?  Wrong!  Coming from the Colorado way, as we got to the boulder I shouted out, "Stop!  Ruins!"  Poor Roy almost choked as he was drinking from his bottle of Mountain Dew, but he did stop the SUV.  I jumped out and began walking towards the boulder, camera in hand; there indeed were the small remains of Native American ruins, and petroglyphs.  Unfortunately, there was a lot of modern day graffiti which almost obscured some of the rock art. 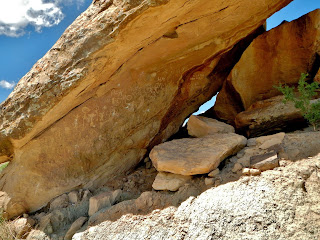 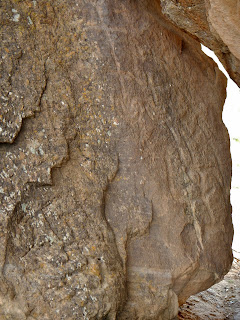 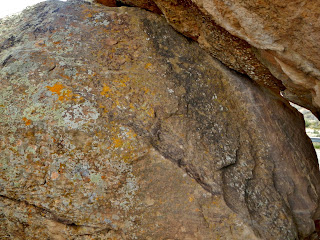 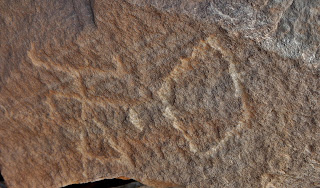 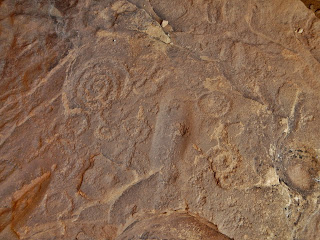 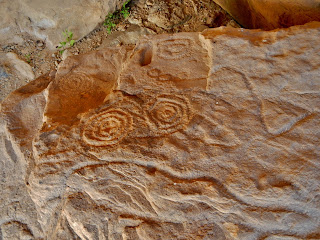 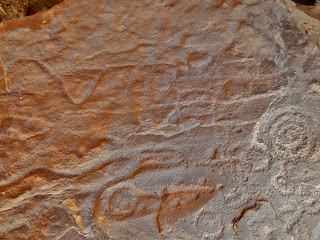 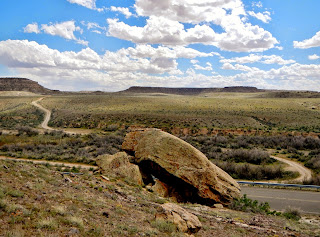 After climbing up from the boulders a little, the landscape opens up across and behind the area. 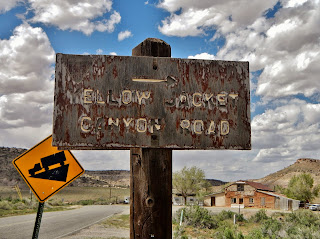 4/10s of a mile from the boulders, there is a sign indicating the way to Yellow Jacket; we figure it will come out eventually onto Route 491, but plan on exploring it in the future. The Ismay Trading Post is also here, not open when we were there, but it does look interesting.  If you're looking for Hovenweep National Monument, there are signs here and there to keep you on track. 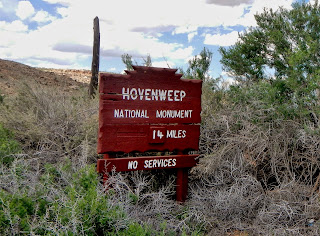 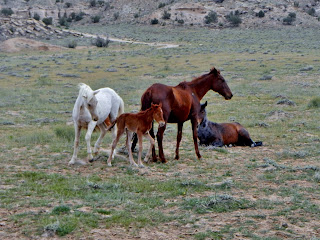 Along the way we met up with a family of horses, at first the colt was lying on the ground; but we watched as it struggled to get up on all fours; the other horses nuzzling or pressing their bodies against it.  We never left the vehicle, only took photos from the window; but the adults were ever watchful over the youngster.  The huge male got up himself and did a bit of posing for the camera...what a ham! 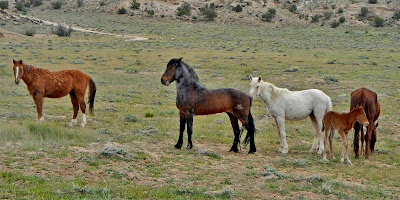 ...and out of the desert soil, some of the most lovely flowers grow

This was a relaxing adventure with some of the prettiest sights to see; still not hungry, we continued back home.