"I walked among the dead today; your family, friends passed on."
"Touching tops of cold stone; a flower or two placed upon."
"Many remembered; too many lost in time."
"A simple stranger was I; promising to keep them in mind."

"I walked among the dead today; your family, friends passed on."

I'm not the best at poetry, but I believe what I've written above says what I felt today.  Why was I at the local cemetery?  I was asked to visit and take photos of Kent Frost and Marie Ogden's grave stones to add to the displays at the Frontier Museum.  Simple task, except when the dead want to talk.  You might be able to hear them, and that's a shame.  You probably don't believe that I can, or that I'm plain crazy; ask me if I care. 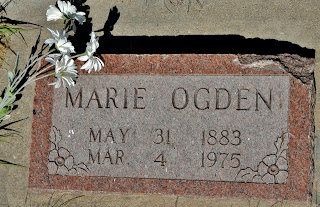 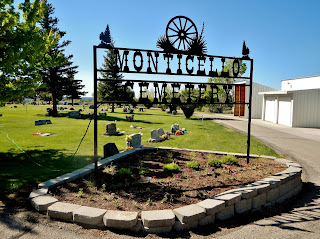 Being from the more urban part of the east coast, cemeteries packed to the edges, and busting at the seams, is more the norm.  Small, quaint cemeteries (the older, the better) have stories to tell; how a place was founded; who married whom; hardships of child birth during certain centuries; and certainly who kept America free during the wars.  Monticello Cemetery is one of these quaint cemeteries that can tell these stories; you just have to be quiet, pay attention and listen.  Did you know that in most Asian countries, families have picnics at particular times of a person's life at the gravesite?  It's their way of making sure that the ancestors know they are being remembered; I truly like this idea. 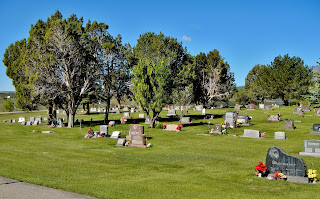 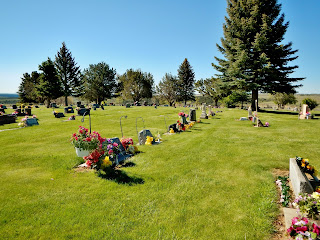 The Horse Head seems to be keeping watch over the cemetery.  Perhaps the legend of the buried horse on the peak, watching over its rider, has more to it than mere legend. 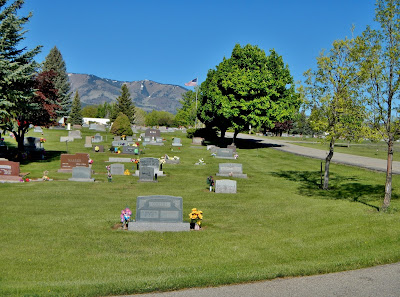 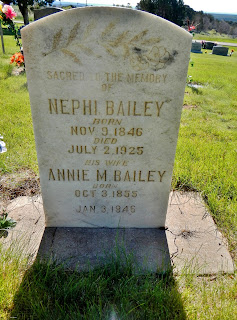 I met some of the pioneers that settled in Monticello back in 1887 (remember, it was called "Hammond" back then); lets meet Nephi Bailey and his lovely wife, Annie.  From the information I gained at the diorama sitting inside the Welcome Center, he owned a good deal of this town.  My home sits upon the land that his son, Nephi Peter Bailey, once owned.  I spoke to Nephi about how the ground around my home was pretty beat up, but not to worry, as we were trying hard to revitalize it.  Well, it has once been used for growing vegetables, some fruit trees were still around; and I would love to see blooming gardens all around my home. 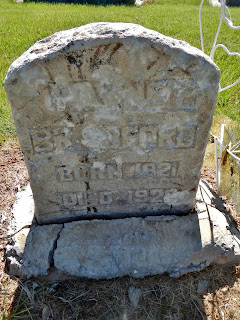 There were two stones where the name, "Bradford" was barely discernible; so not sure which Bradfords they were. 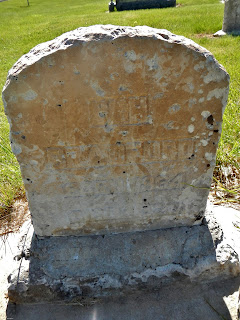 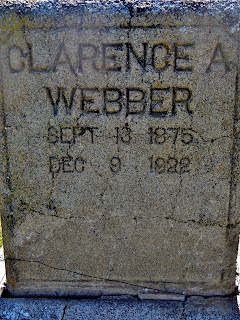 I strolled along to wherever I was called; or turned as a whisper in my ear said, "Look here" and took photos of whichever tombstone I neared. I met some interesting folks this day, sort of regret not being able to know them in life. 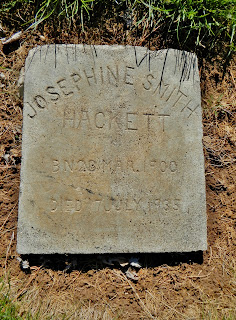 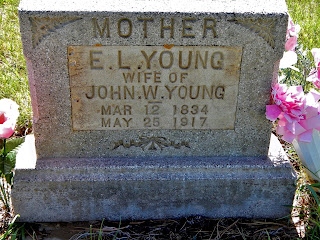 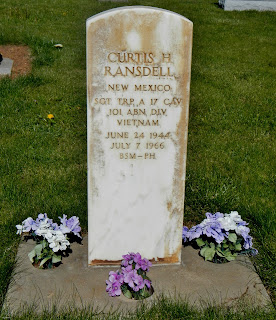 There were the war veterans who needed to be thanked; they made sure every American was free and safe during the worst of times. 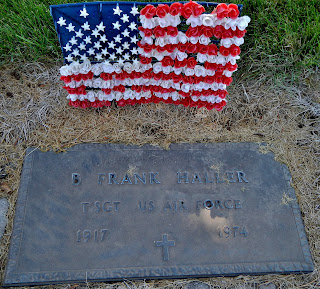 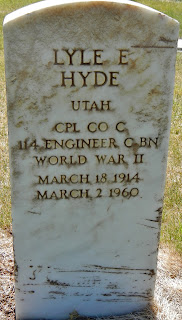 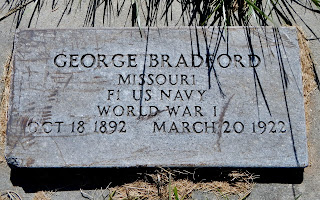 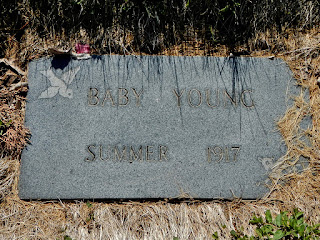 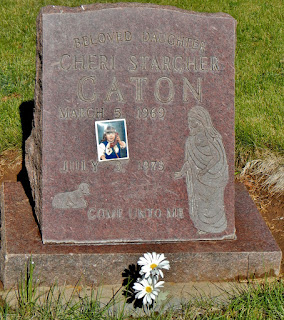 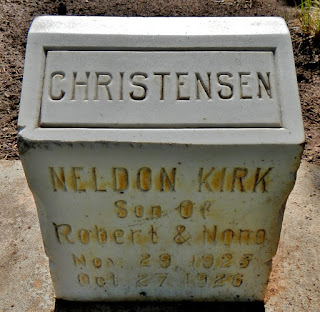 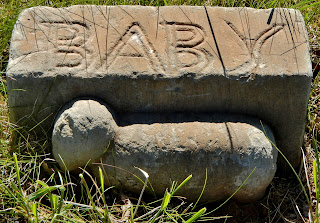 Then I came to this lone little marker with the word "Baby" etched upon it; a weathered lamb its only companion. When it comes to funerals and cemeteries, I'm not much of a crier, but this grave hit home. See, I don't want to be buried when it's my time to go on; I want to be cremated and my ashes spread in the desert. I want my body to go back to the elements quickly; fire will turn me to ashes; the ashes will be taken by the wind and placed upon the earth; the rain will wash me; and such is the cycle of life and death.


It wasn't until I was leaving that I saw the kiosk with the cemetery map; there's also a plastic box with a book containing the alphabetical listing of grave sites.  I'm very happy that I didn't look up Kent Frost and Marie Ogden's sites, go there and then leave.  Look at all the folks I would have missed meeting.