Finding information about Deadman Canyon was the proverbial "needle in a haystack" search; there are many Deadman Canyons with two being in San Juan County.  The first is located in the Manti-La Sal National Forest, Dark Canyon Wilderness, North Elk Ridge area and there is a legend to the name.  In 1821, a group of cowboys came upon a saddle, bridle, chaps, spurs, boots, hat and shirt; but no horse or rider anywhere to be seen.  It was theorized that the rider had somehow become mentally ill, wandered off into the wilderness with his horse, and both had died; hence the name of Deadman Canyon.

The second Deadman Canyon is located between Monticello and Blanding North; there are two main roads through the canyon.  The first road divides off, but dead ends at pump jacks; oil and gas wells are abundant throughout Deadman Canyon.  The second road (CR 2381) comes out on, what else, Montezuma Canyon Road (CR 146); it merges with Bradford Canyon Road (CR 202) just before reaching CR 146. 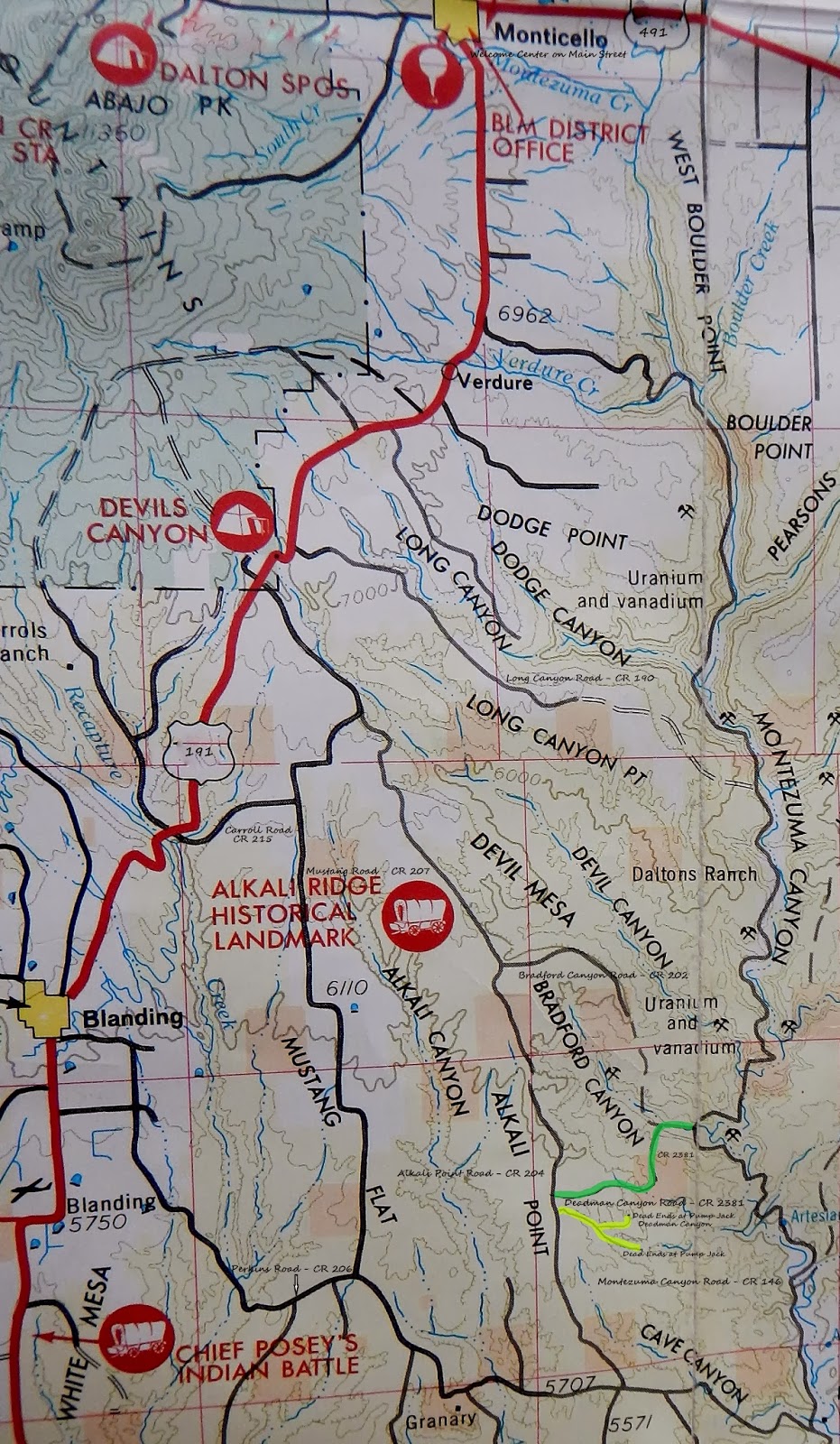 Since I am not prepared to give a detailed account of Alkali Point Road (CR 204), I am going to cheat and begin this adventure from its beginning at Perkins Road (CR 206) outside Blanding, not from Route 191 near Monticello. It's my story and I'll cheat if I want to, so...CR 204 is about 15 miles from Blanding and there is one of those little blue San Juan County signs to mark it. Make the left turn to head up northwards; one mile up will be a dirt trail to the right that travels by the power line towers and only loops right back to Perkins Road.


3.3 miles northward is the first road through Deadman Canyon; both end at pump jacks, but one of them has a scenic viewpoint to die for!  At the split, the road to the right is a short, tree and sage brush lined trail; nothing to see really aside from the pump jack.


Back track to the split and take the road that keeps going straight; it gets curvy and eventually winds downhill; this has a minor split and to the left is the pump jack.  Now you will see "Warning: Poisonous Gas" signs at the pump jacks, but it is not the deadly hydrogen sulfide gas (H2S) that could kill you almost instantly.  Mainly methane (C1) and carbon dioxide (CO2) which are deadly in their own right, so don't be sticking around too long; actually just avoid them altogether.  Instead, just take that other trail straight ahead and you will come to an open space you can park in and enjoy the outstanding scenery. 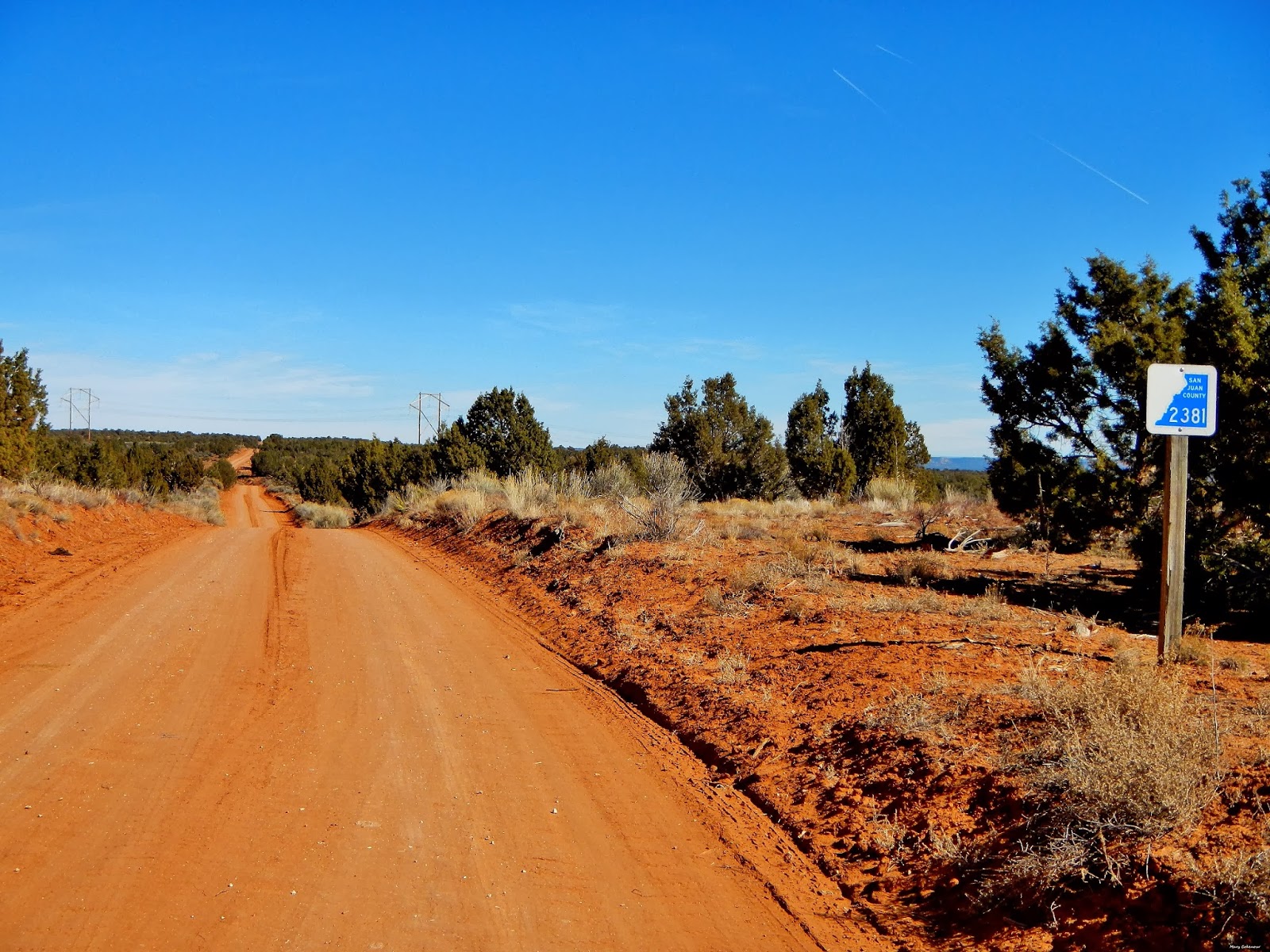 Your choice to check out this unnamed road at the 3.3 mile mark, and its various trails, or simply continue to mile mark 4.5 to the actual Deadman Canyon Road (CR 2381).  This road is graded dirt and maintained; there are several areas of oil and gas equipment and parked tankers, but don't let this take away from the beauty of the canyon itself.   Being a sub-basin of the Paradox Basin makes Deadman Canyon a prime area for harvesting natural resources such as gas and petroleum. 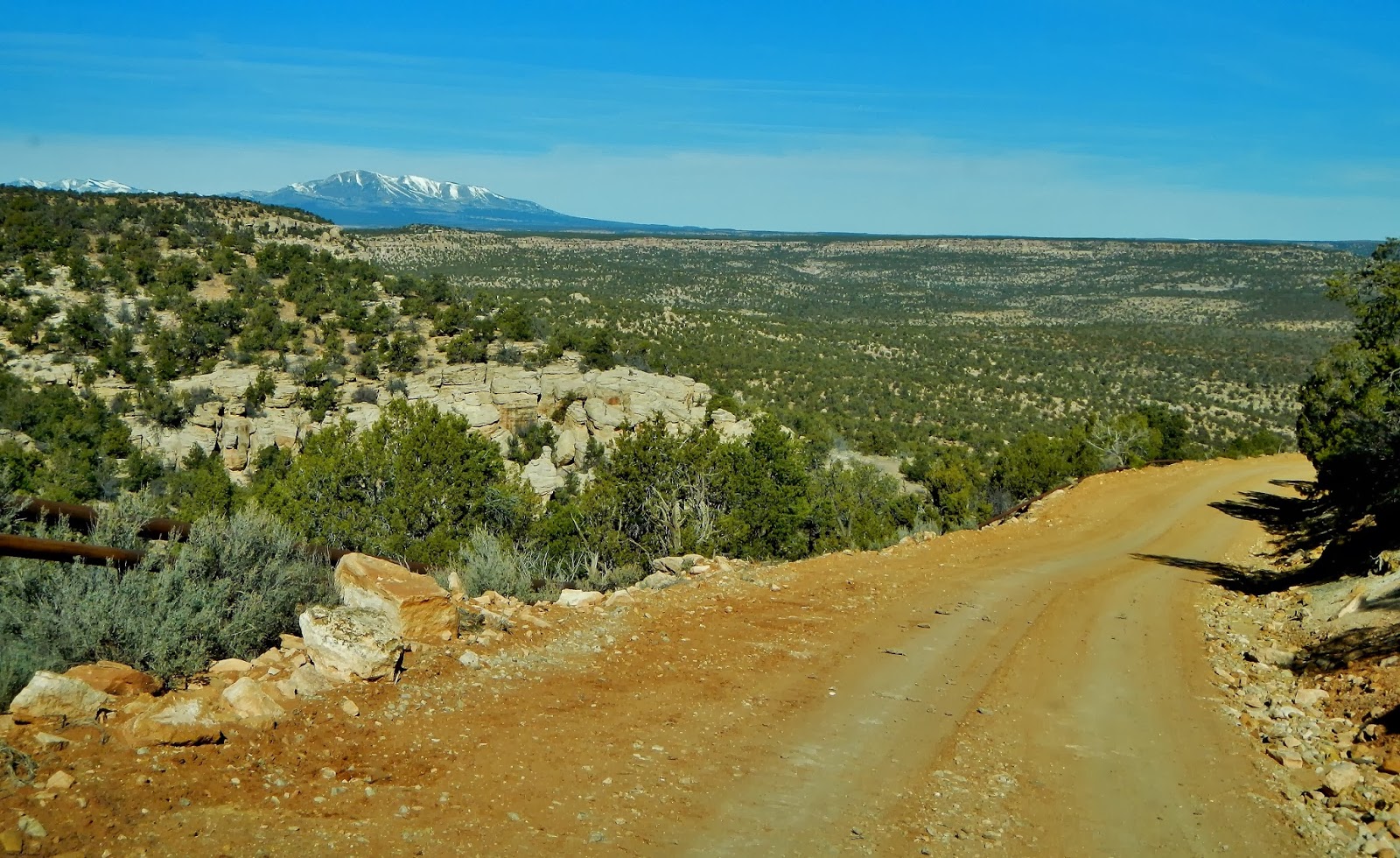 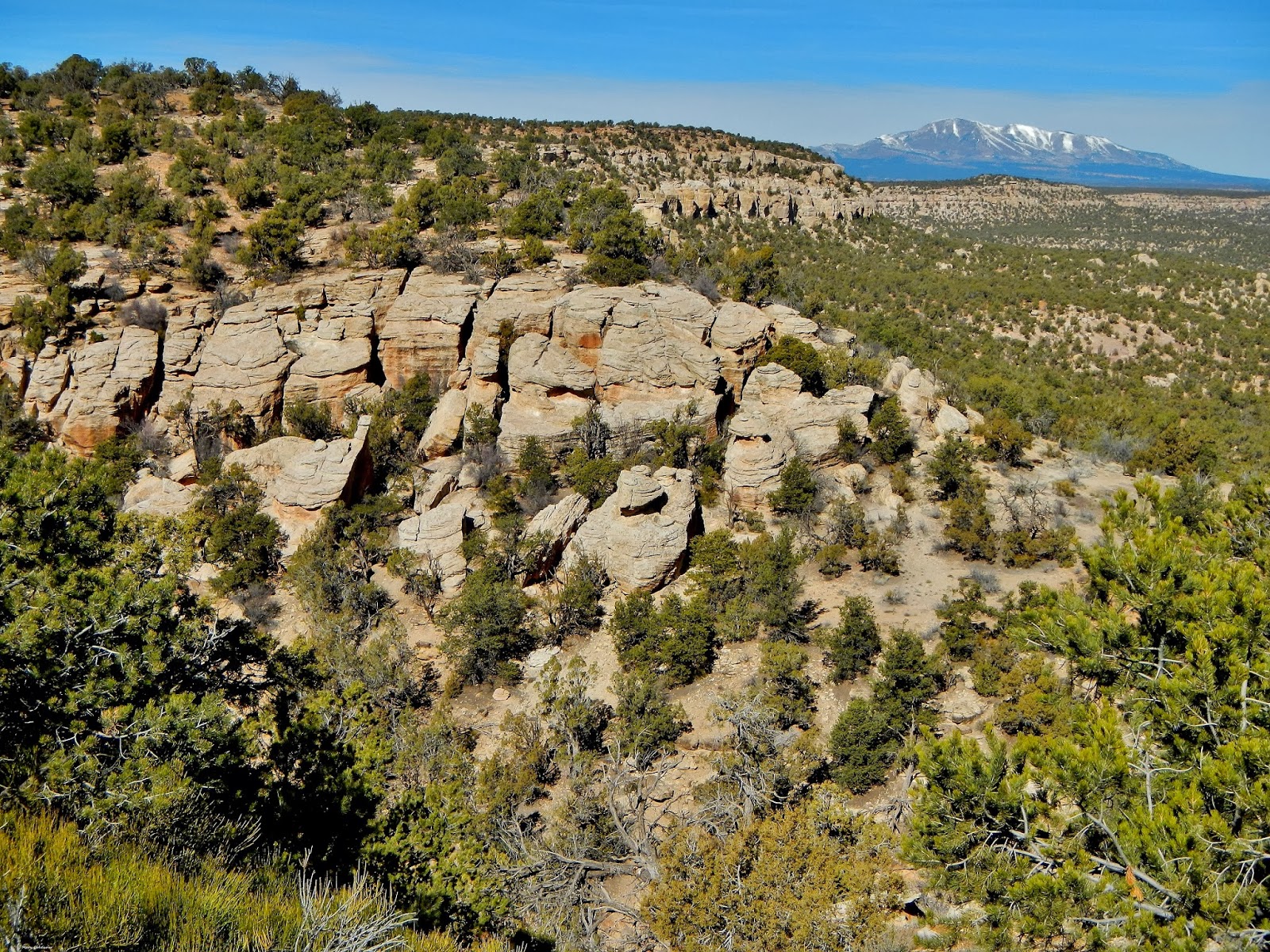 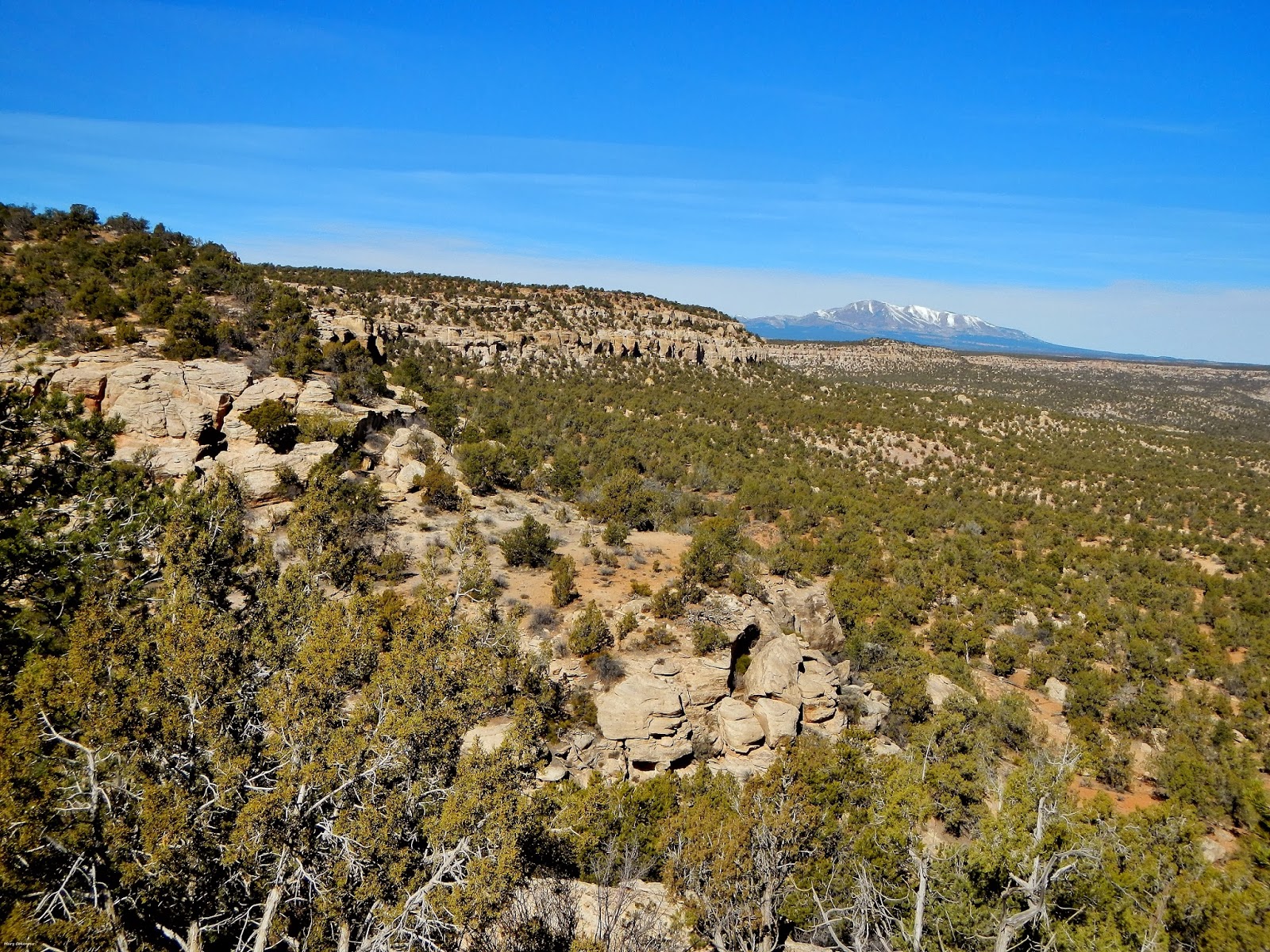 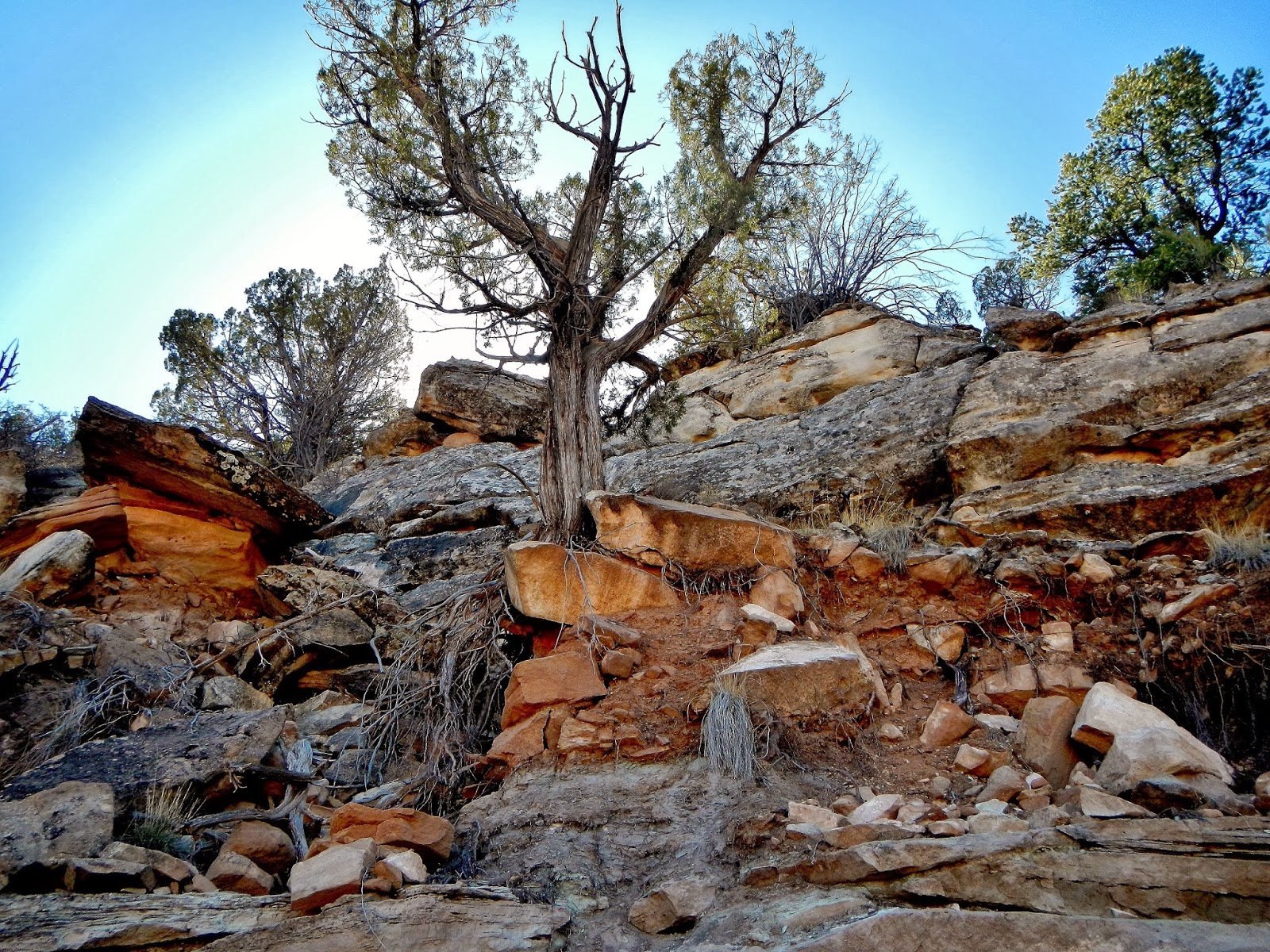 Recently a display was opened at the Natural History Museum in Salt Lake City concerning the pottery found on Alkali Ridge and the presence of cacao residue.  The pottery found is a type of San Juan Red Ware known as "Deadman's Black-on-Red"; the particular sandstone used to create this pottery is found in what area...Deadman Canyon, hence the name.  Deadman Canyon is centrally located with Bradford Canyon - North, Alkali Canyon - West, Montezuma Canyon - East and Cave Canyon - South; yet no ruins nor pottery have been found in it, so it was more an area of resource for Ancestral Puebloans who lived in the surrounding areas.


At one point on the road, you will see another canyon open before you; this is Bradford Canyon.  The road will curve around the face of the hill as you descend; a trail going to the left leads into Bradford Canyon, while going straight will bring you to, what else, Montezuma Canyon!


Once on Montezuma Canyon Road, you just have to decide to go north, south where Three Kiva Pueblo is only two miles away, or back track to and explore that road that goes off into Bradford Canyon.  Roy and myself....Bradford Canyon, here we come!