Late February, Roy and I spent two days out in Fry Canyon, traveling up and down San Juan County Road 258 aka Radium King Road; exploring mines, petrified wood sites, photographing the formations and landscapes.  We even braved San Juan County Road 2431 aka Moss Back Road; driving under the watchful eyes of the three "Tables of the Sun".  It was exhausting, exhilarating, scary at times, and wondrous at others.  379 photos later, I now have enough material for a three part series on Fry Canyon; this is part one, the first seven miles along Radium King Road to the junction of SJC 2431.

Our starting point is at the junction of State Highway 95 and SJC 258; Fry Canyon Lodge is privately owned and not open to the public.  Makes certain, before leaving Blanding, to have a full tank of gas, water and food; there is nothing available between Blanding and Hanksville. 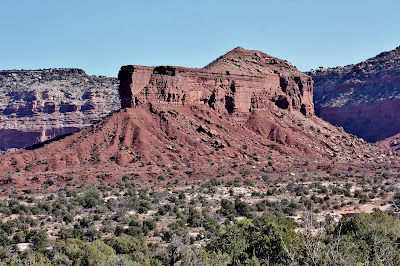 Even though you can see it from the highway, Fry Point is finally reached at 1.2 miles; to us, it resembles a railway engine; sort of like the one in the opening credits for the PBS "Poirot Mysteries" series.  Then again, it could be a battleship sailing full steam ahead! 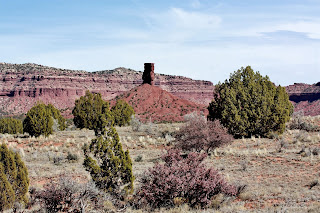 "The Needle" is a desert tower at 3 miles; looking at it from up above, there is a dirt road circling around it.  Hundreds of years from now, will someone look at it and say, "What mystical place was this?"  There is a dirt trail leading out to it, but only about halfway; hiking will get you there the rest of the way. 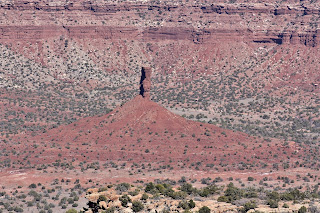 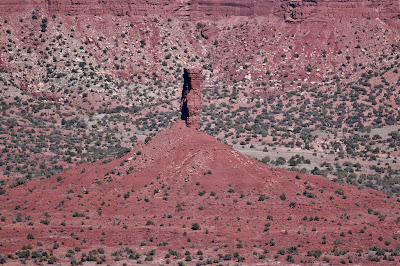 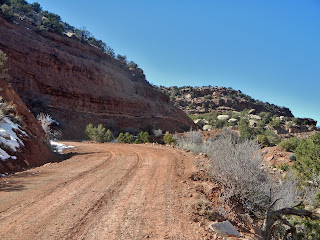 At 4.9 miles, the road begins its trek upwards; it is graded all the way through, but being a dirt road, don't expect perfect smoothness.  At certain curves, it will have a switchback to allow other vehicles to pass by; the views are stunning the higher upwards you drive. 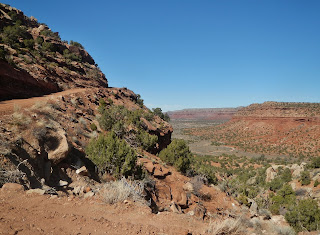 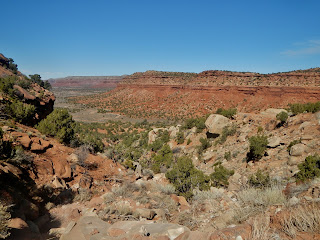 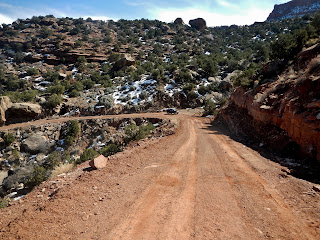 While Roy was checking out a dry wash, I decided to stretch the legs by walking up the road.  I could feel the air becoming thinner as I ascended, but I'm pretty acclimated to it now, so didn't bother me much.  Now what took my breath away were the views! 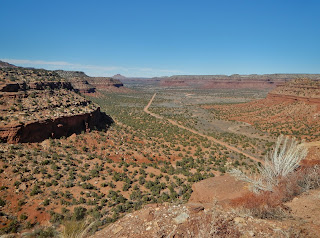 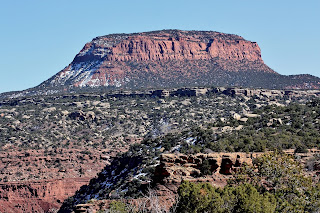 Just as you come up around a corner at 6 miles, you come to an amazing sight...a set of fins, a little arch, and a huge boulder flanking both sides of the road. 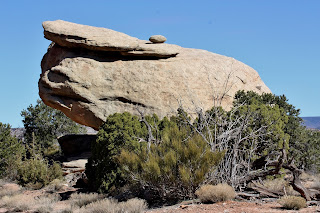 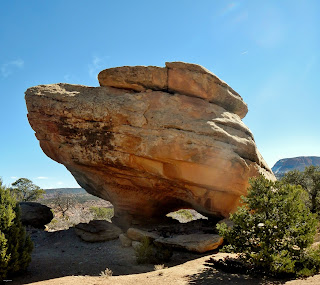 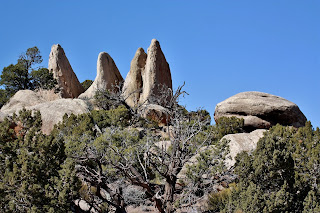 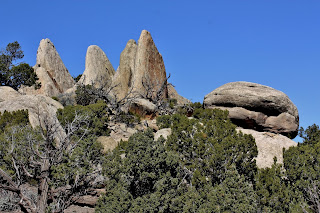 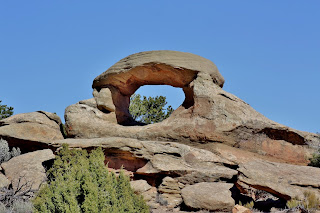 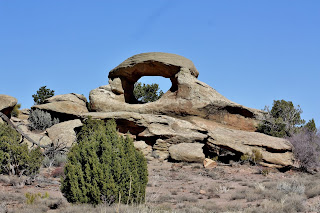 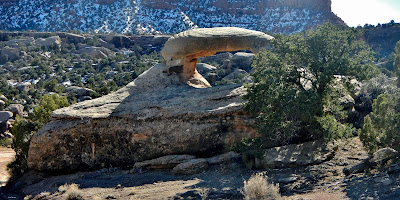 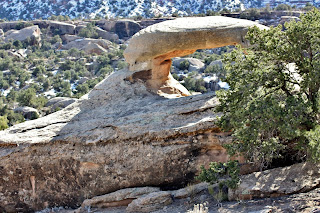 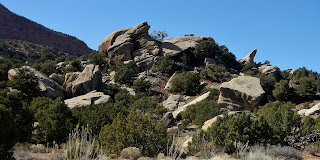 Just past this dynamic trio was a rock formation that looks like a snapping turtle, with a shark fin nearby.

Not every formation in Utah has a name; but having a good imagination allows you to name it yourself. 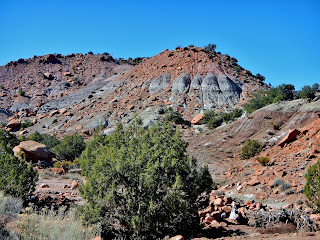 Almost done with this post as we near mile mark 7; a grotto of multi-colored adobe and sandstone hills.  Melting snow was flowing down and created a small stream; a drainage pipe allowed it to flow underneath the road and cascade out into a small canyon on the opposite side. 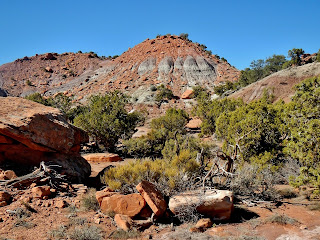 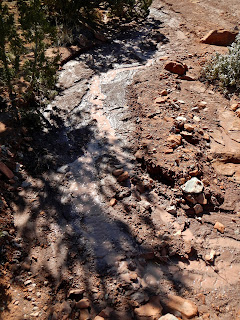 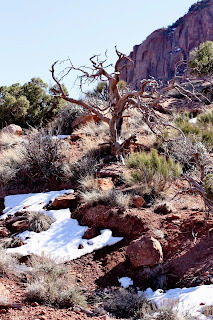 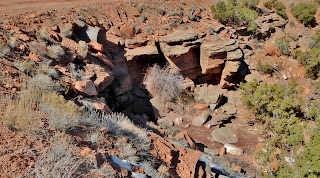 Water drains down into this small canyon like area. 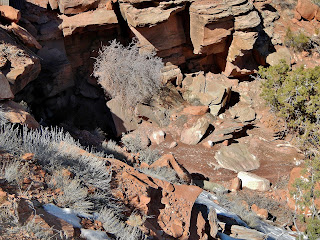 ...and this ends part one, the first seven miles.  With this photo, around the next corner, begins part two.