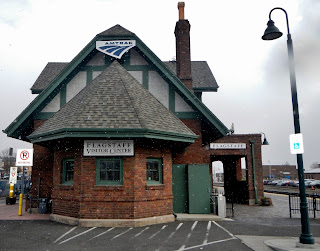 Located on Route 66, in downtown and historic Flagstaff, Arizona; the Visitors Center is housed in the former Atchison, Topeka and Santa Fe Railway depot.  It is packed full of informational material of, not only the Flagstaff area, but all of Arizona. 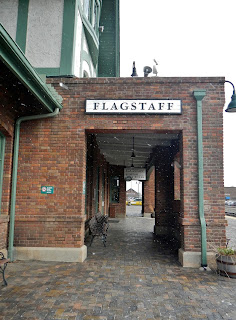 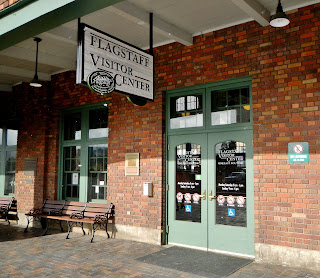 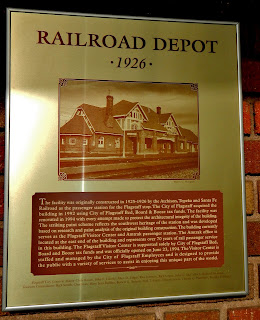 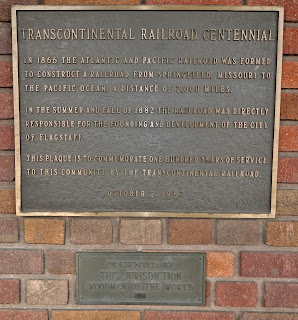 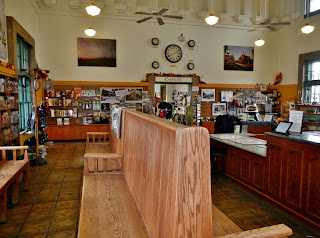 The Visitors Center has two gift shop areas at either end chock full of stuffed animals, t-shirts, knick-knacks, postcards, books and all manner of toys and souvenirs. Going down a short hallway brings you to the Amtrak office and waiting area; yes, this is an actual working train station. 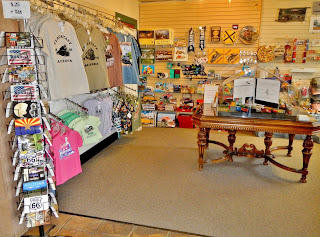 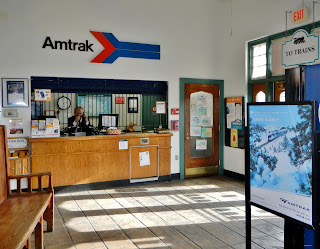 Outside, freight trains often come along the tracks; the one we saw happened to have camouflaged Red Cross vehicles either destined for the desert war, or just returning from it. 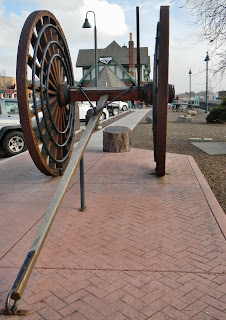 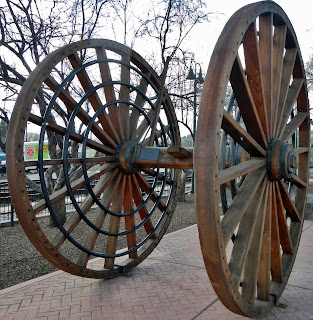 Along the walkway, that parallels the parking area, there are a set of  Logging Wheels, and two plaques telling their story.  These wheels were restored in 2003 by the Arizona Historical Society Pioneer Museum and were originally built by S.C. Overpack Carriage Works of Manistee, Mich., between 1880-1910.  Logging wheels were first used by farmers around 1870 to clear the trees from their land. When the lumber industry began around 1880’s, the trees were cut down, the wheels were backed over the logs by a team of horses which were then disconnected from the wheels. The tongue of the wheels was lifted into the air, a chain was run under the logs and up to hooks on top of the axle; as the axle was pulled back down, it lifted the logs off the ground. A chain was then run around the front of the logs and the tongue to prevent the tongue from flipping back up. The horses were re-harnessed to the wheels and the logs were pulled out of the woods to the railroad for shipment to the mill. 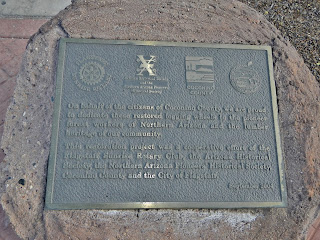 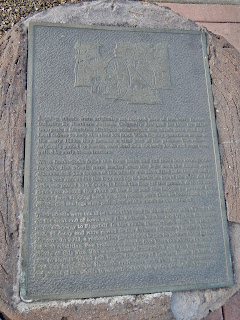 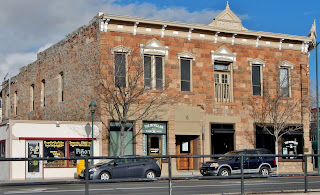 Across from the Visitors Center is the McMillan Hotel, named after Thomas F. McMillan, the "father" of Flagstaff.  Originally a bank and hotel, it became home to the opera house; and now is one of only three local craft cocktail bars.


So there you have it, the Flagstaff Visitors Center, not just for information, but full of history!

Posted by Four Corners Foodie at 11:05 AM