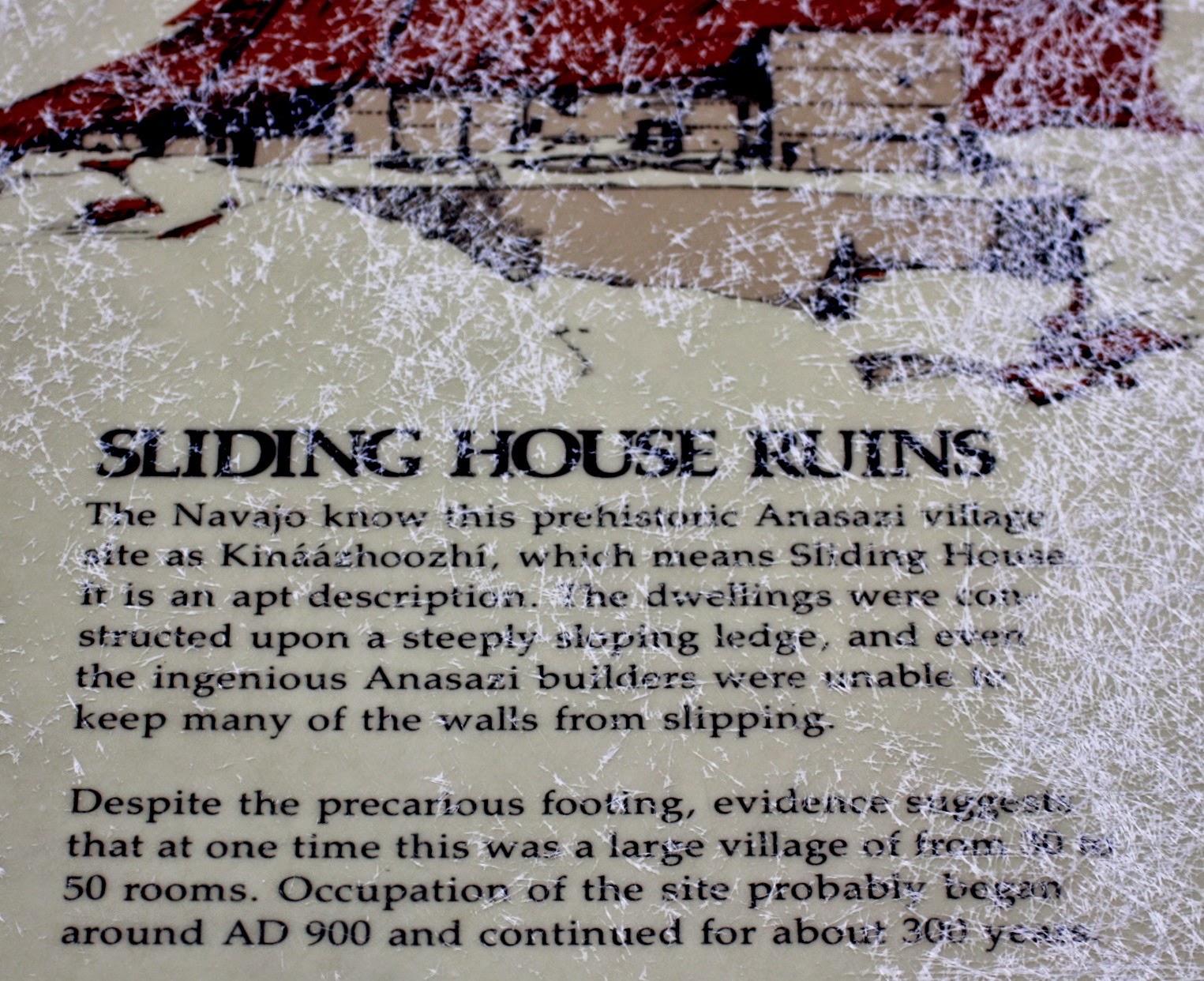 That was a delicious lunch and a restful stop at White House Overlook; now time to continue down Route 7 (the South Rim road) to the next spot, Sliding House Overlook. Sliding House Overlook is another hike over rocky terrain and a long look downward. The ruins are a prime example of what happened when the ancient Puebloans built in, what they thought was, a safe crevice of the wall face. The onslaught of wind and rain caused the sandstone to weaken and avalanche down onto, and underneath, the homes. 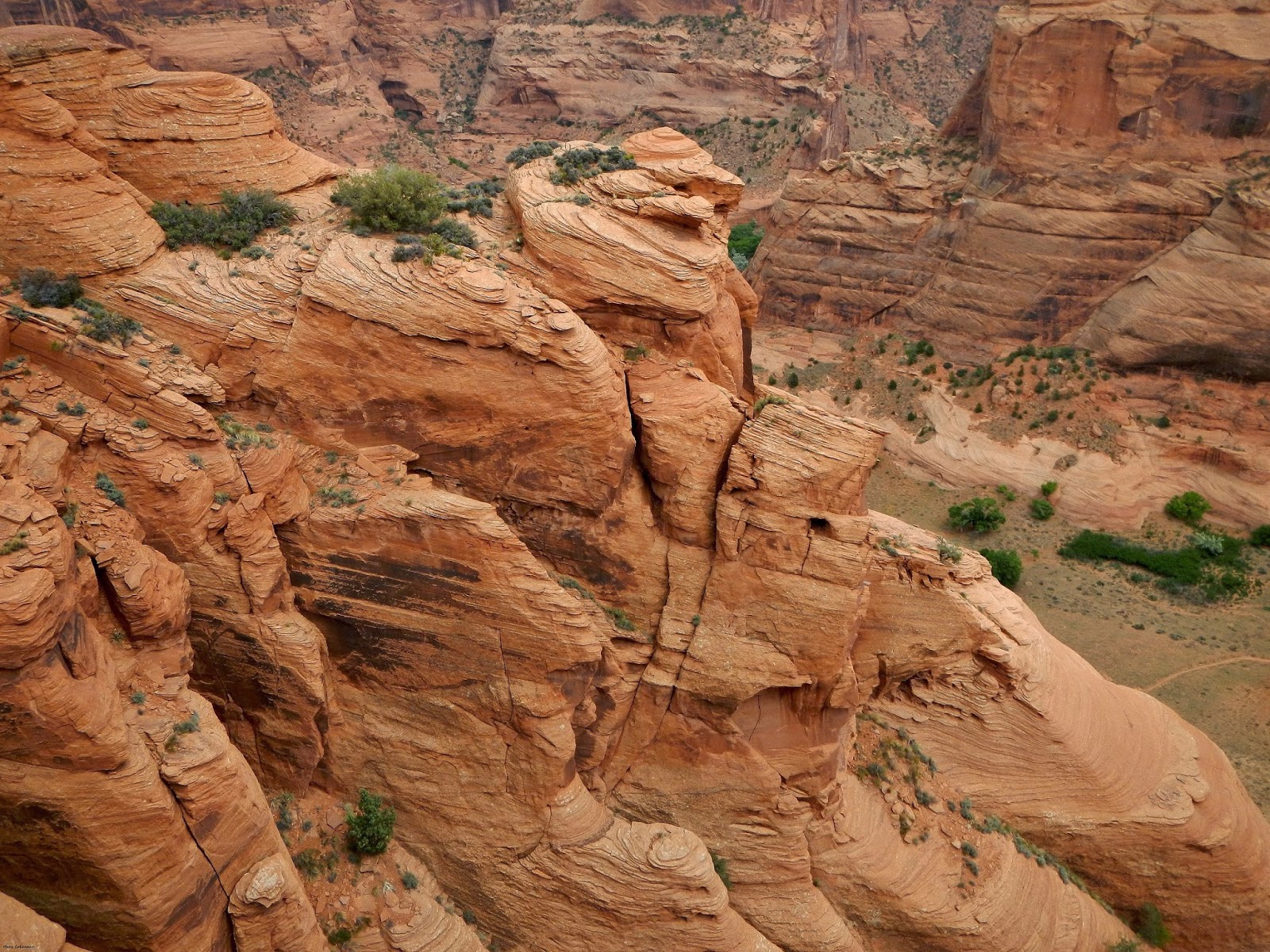 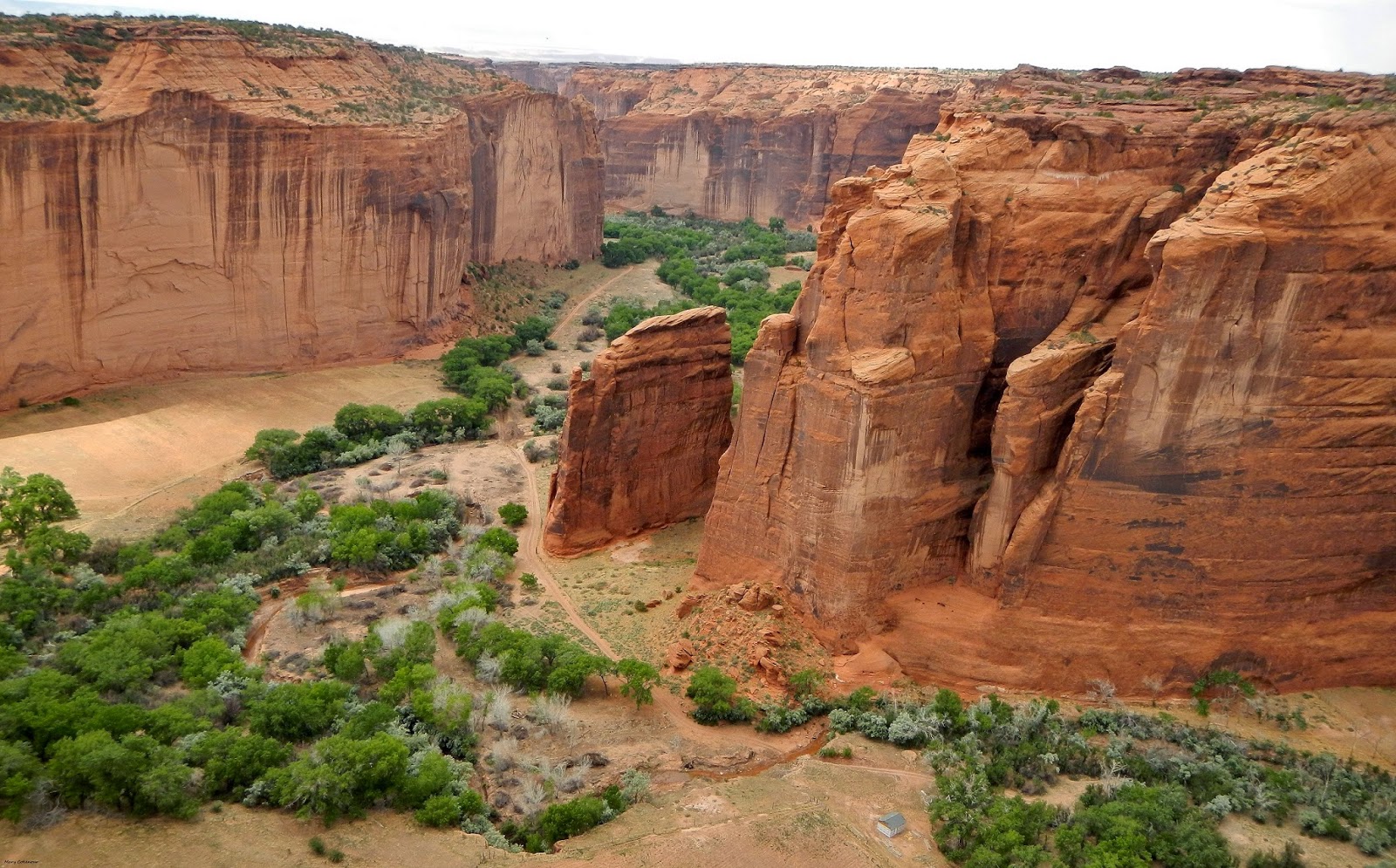 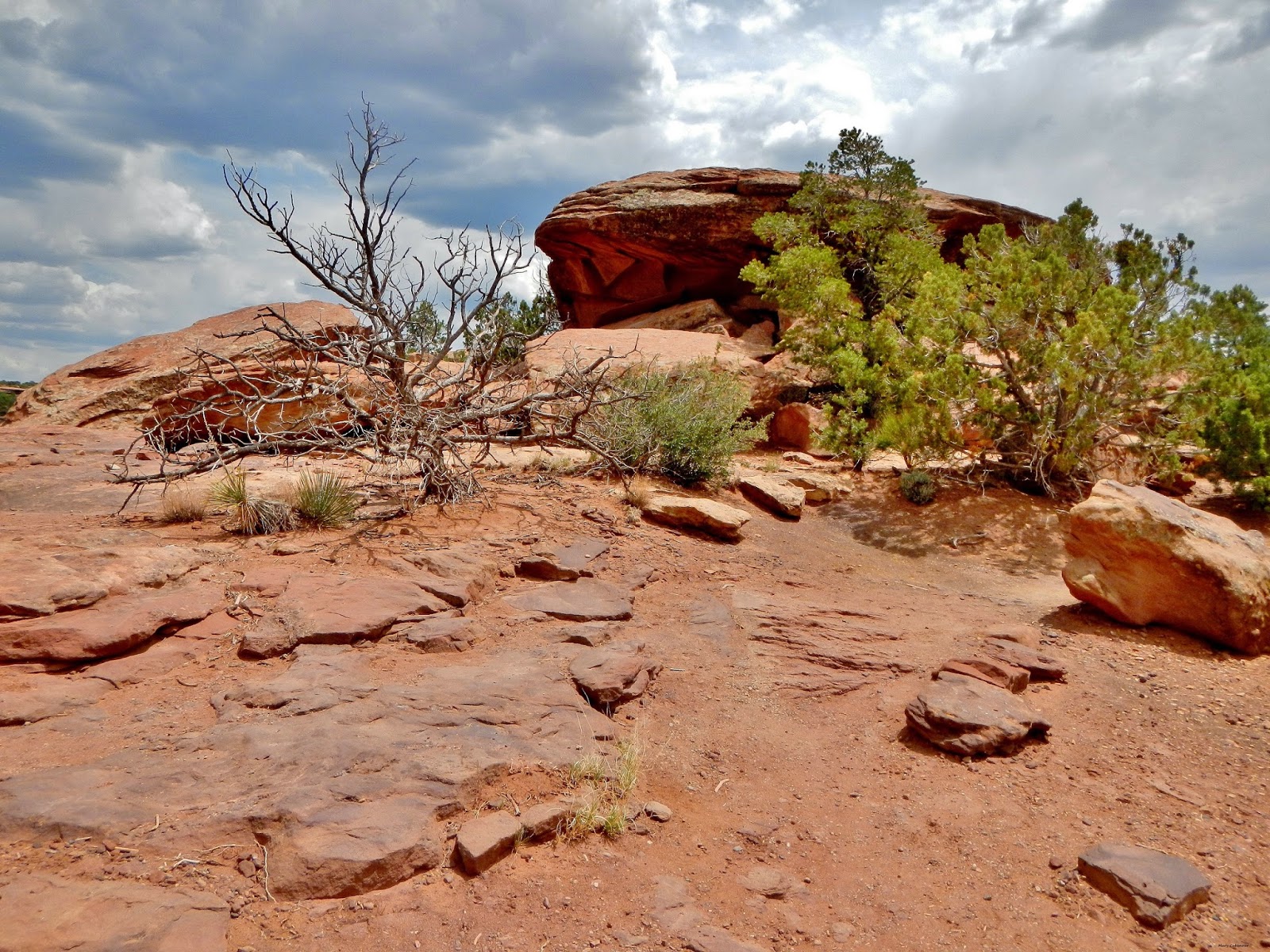 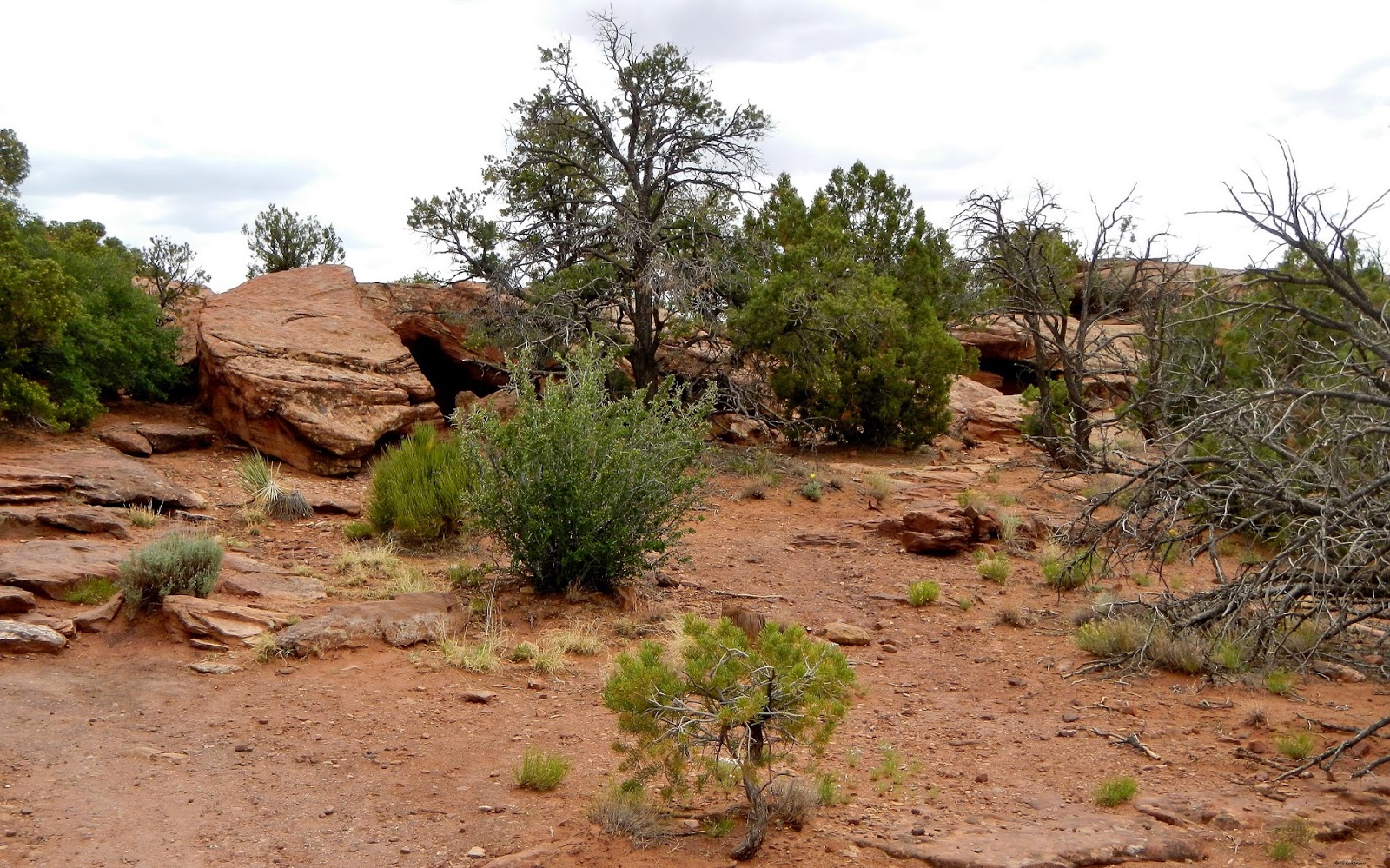 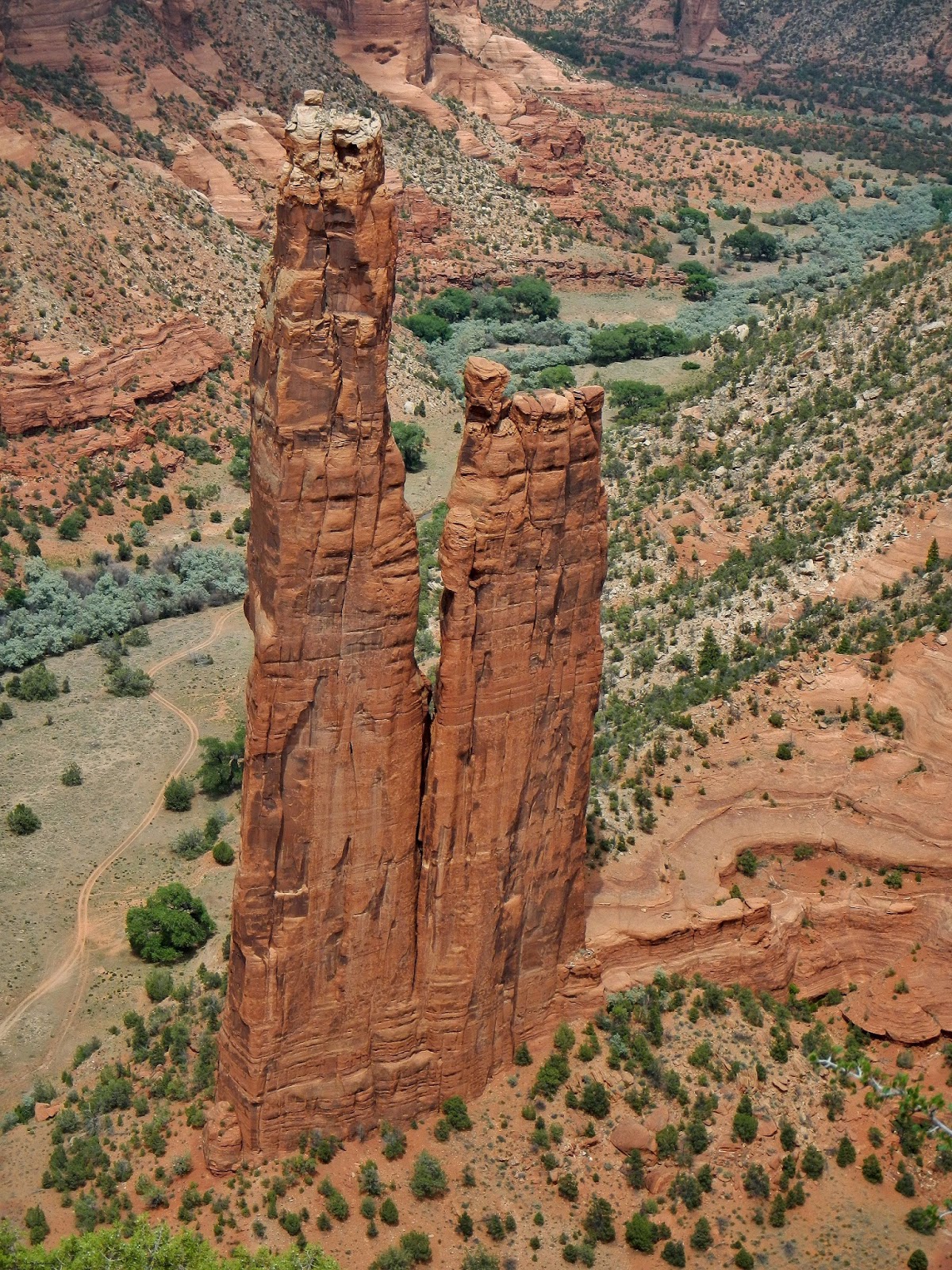 The walk to see Spider Rock itself is 200 yards (600 feet or not even a quarter of a mile); the walkway is lined with cactus, pinyon pine trees and yucca plants.  It's like a stroll through a botanical garden and then suddenly, WOW!!!  Spider Rock is an 800 foot towering spire of sandstone with a small amount of ruins at its base.  It is an amazing site to see!  This is a sacred place for the Navajo and Hopi; its basis is the legend of the Spider Woman. She is associated with the emergence of life on earth; she helps humans by teaching them survival skills.  Her greatest gift to the Navajo was teaching them the art of weaving.

In Hopi legends, Spider Woman molded animals from clay, but they remained lifeless until she wove a white blanket over them, spoke her words of magic and instilled life into the creatures.  When Spider Woman molded people from clay, she hugged them and sang a song to instill life into them.  She then divided the animals and people into the groups that inhabit the earth today; the animals, man and woman were given specific roles. 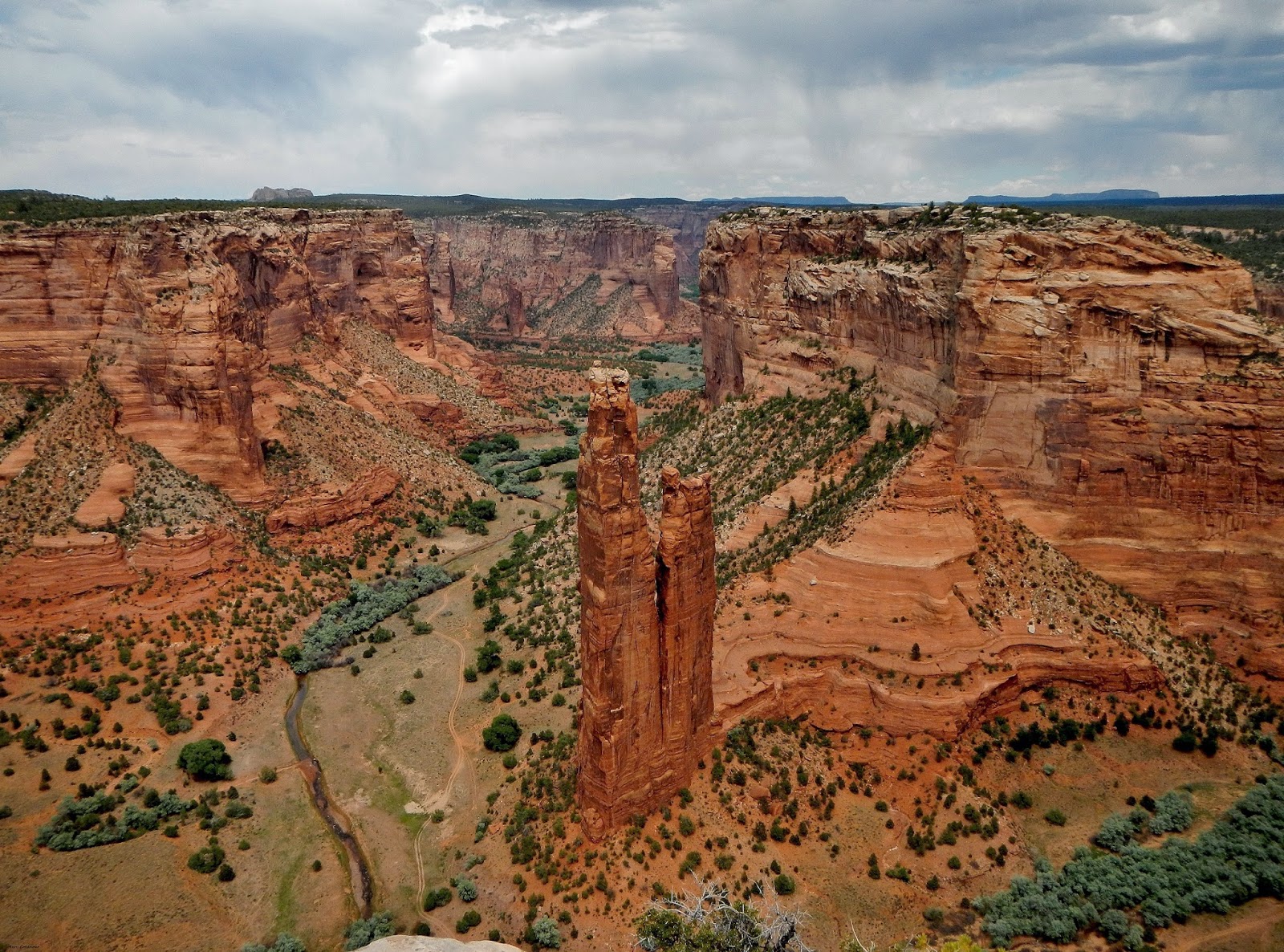 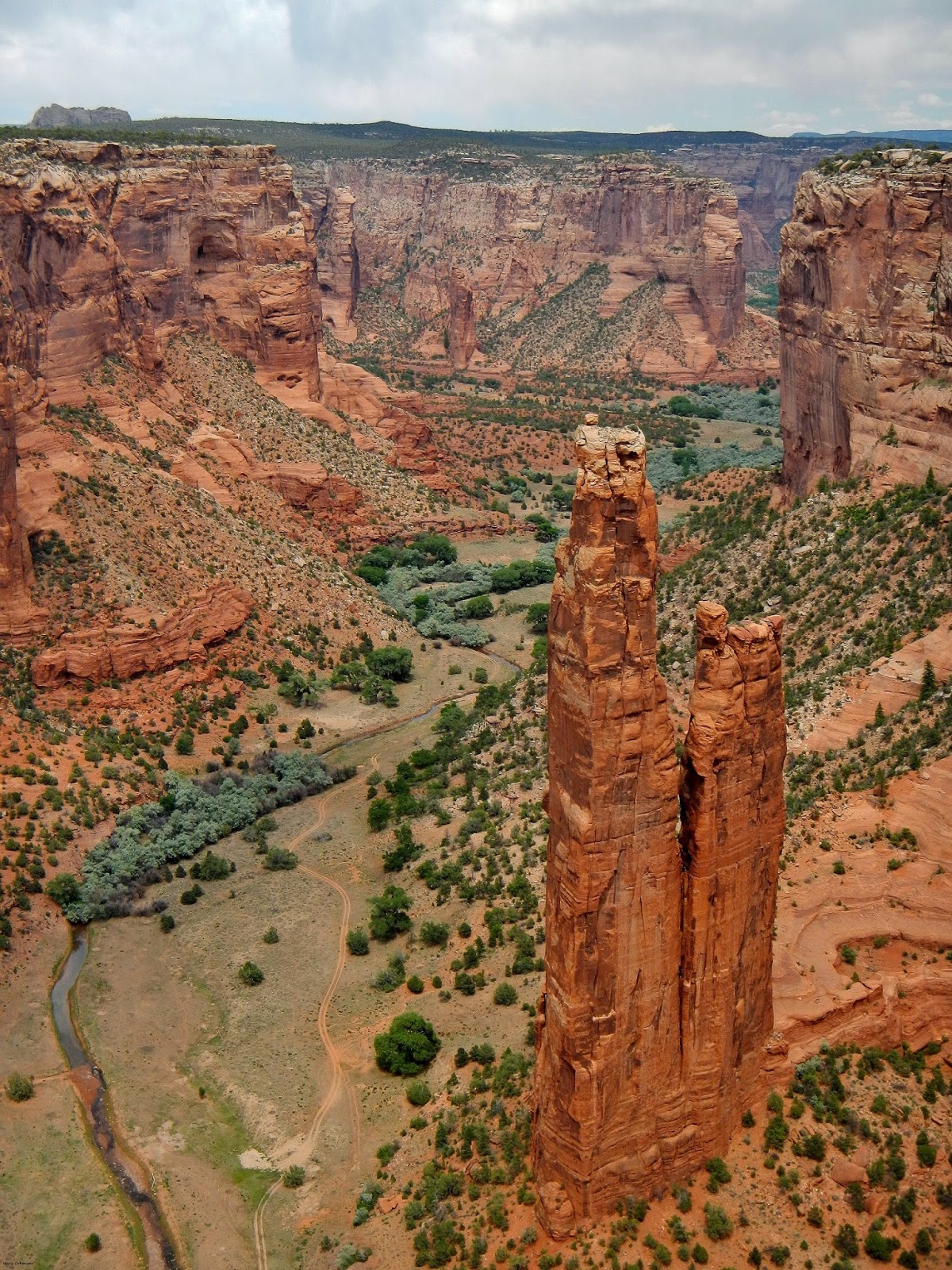 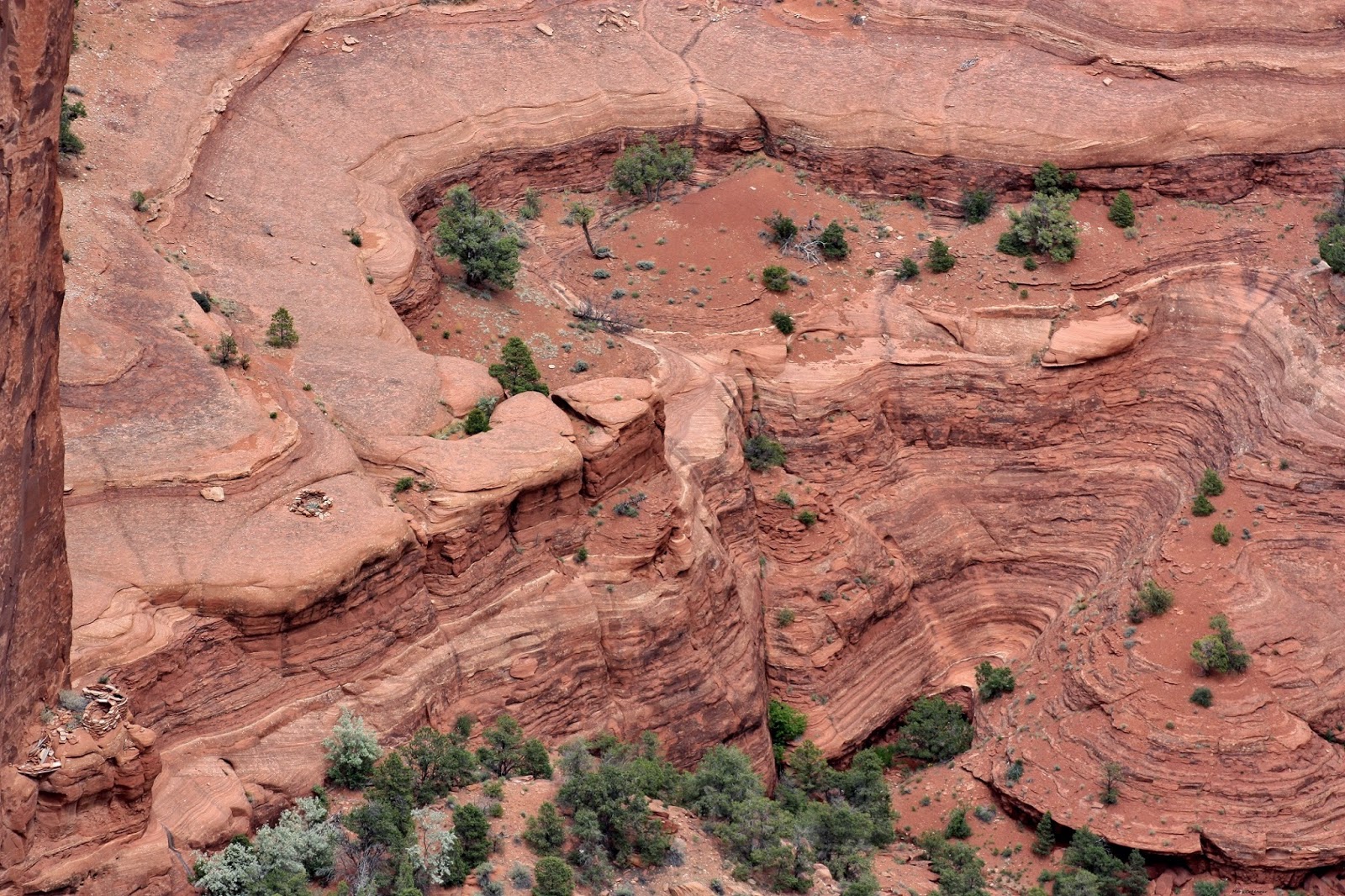 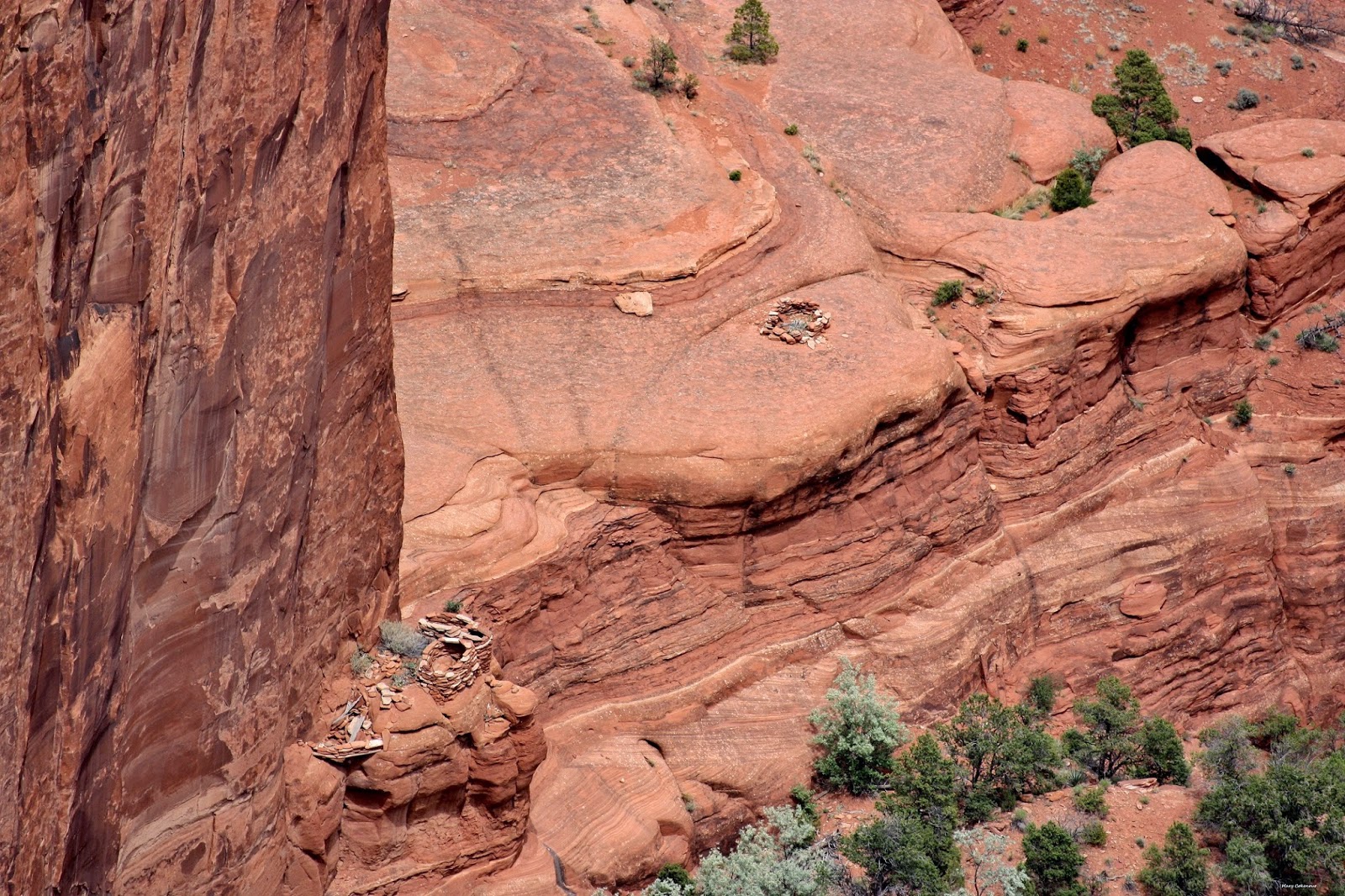 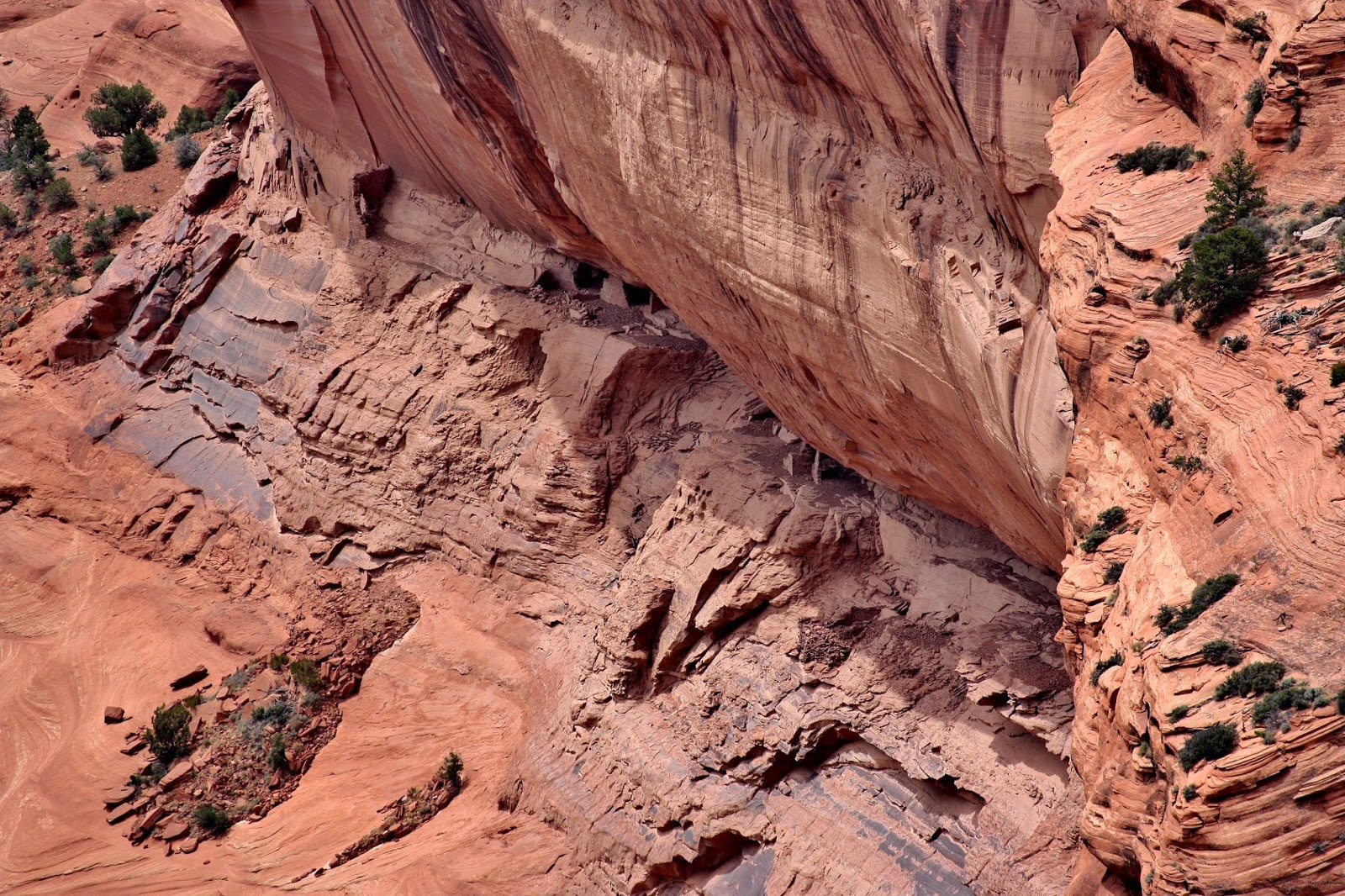 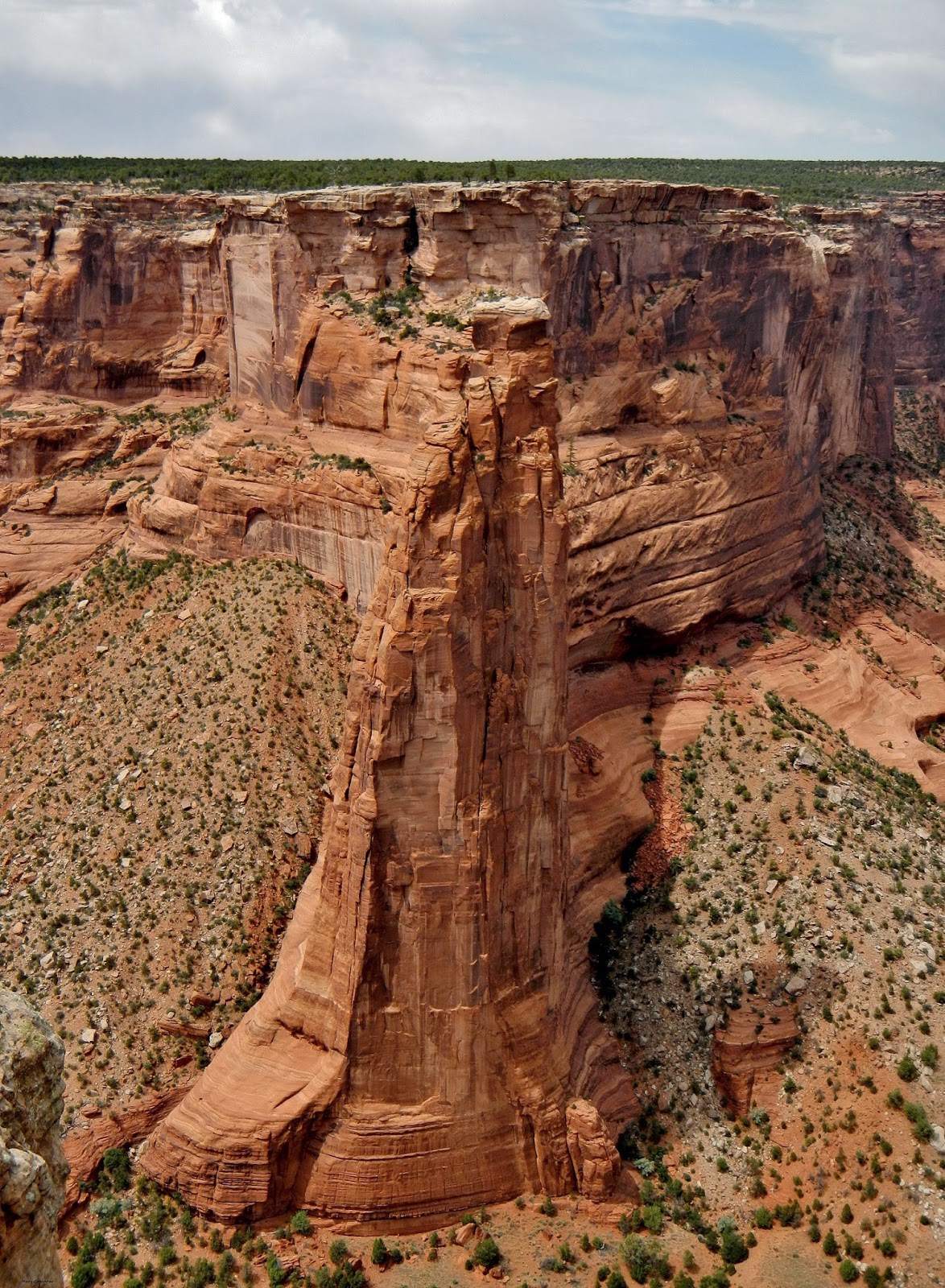 Follow the trail to the left to another overlook and see this magnificent area from another viewpoint. 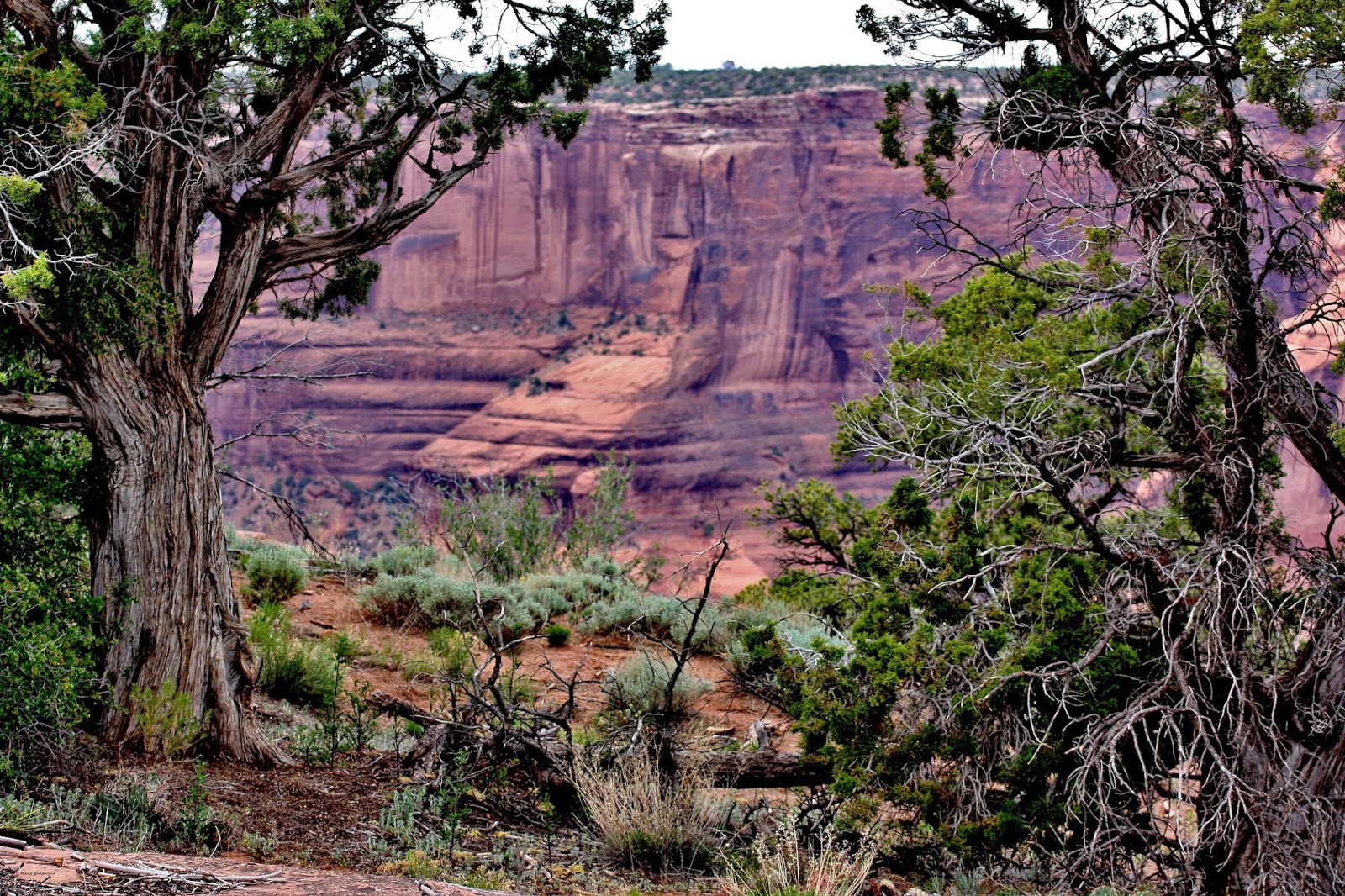 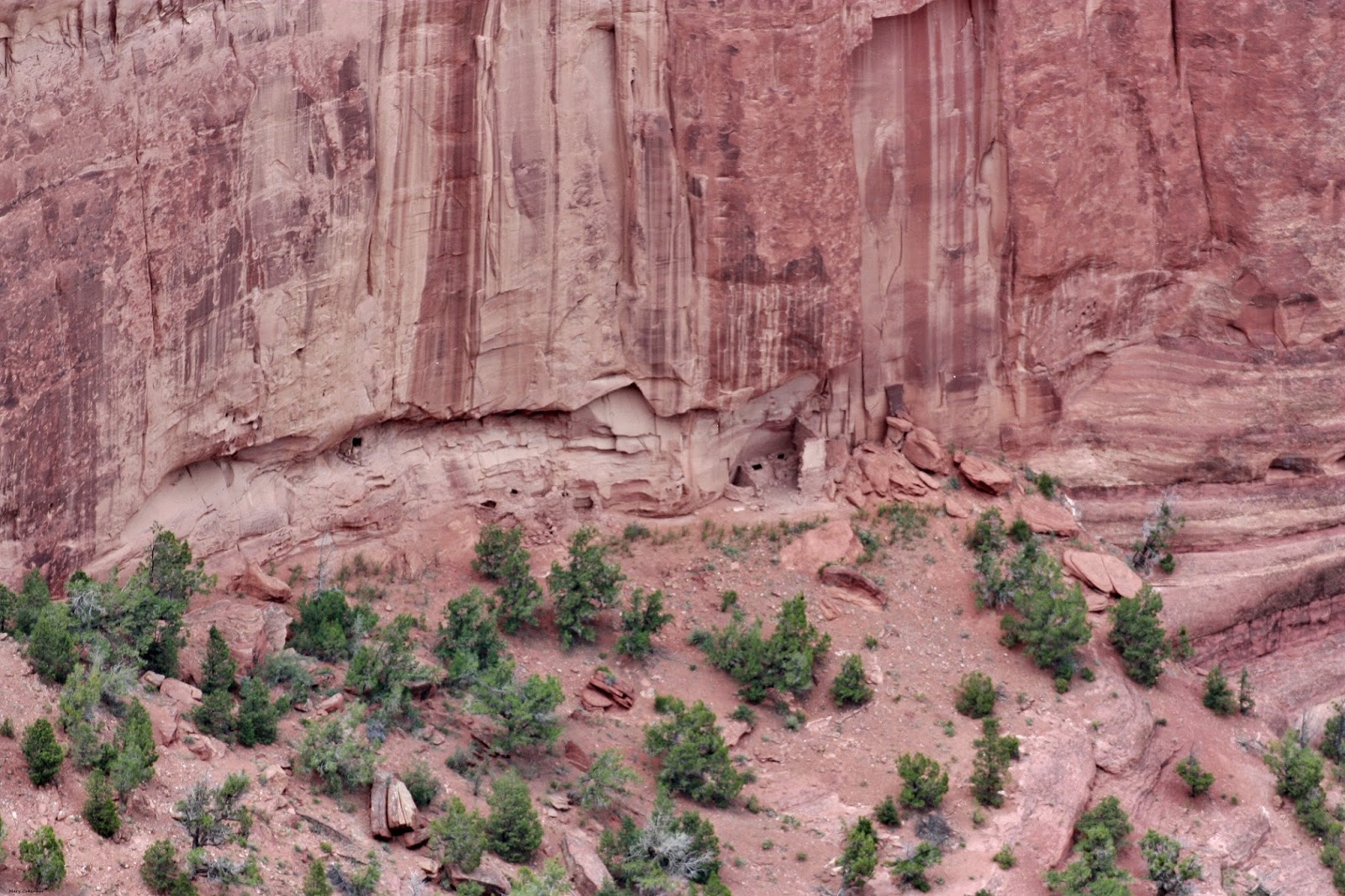 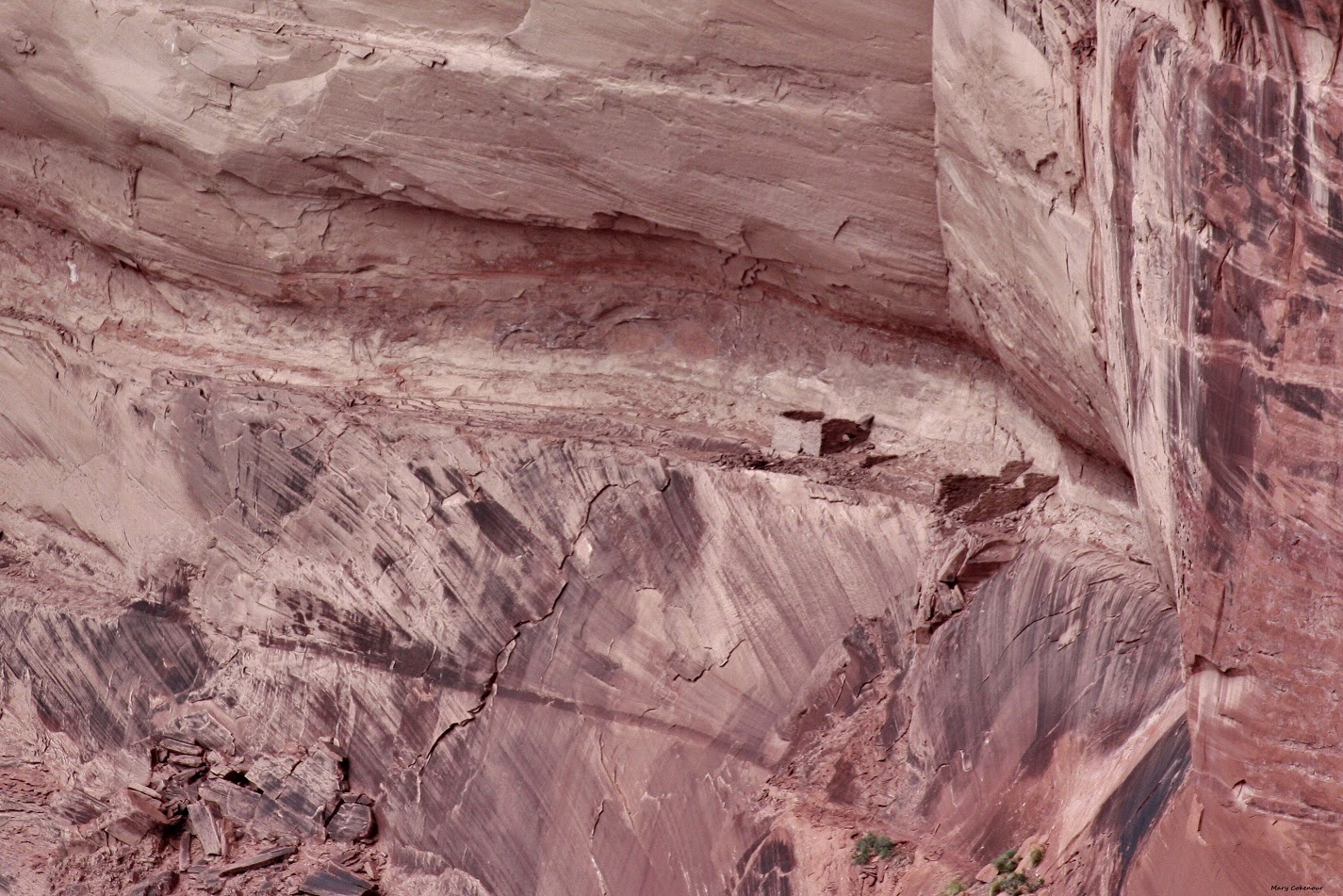 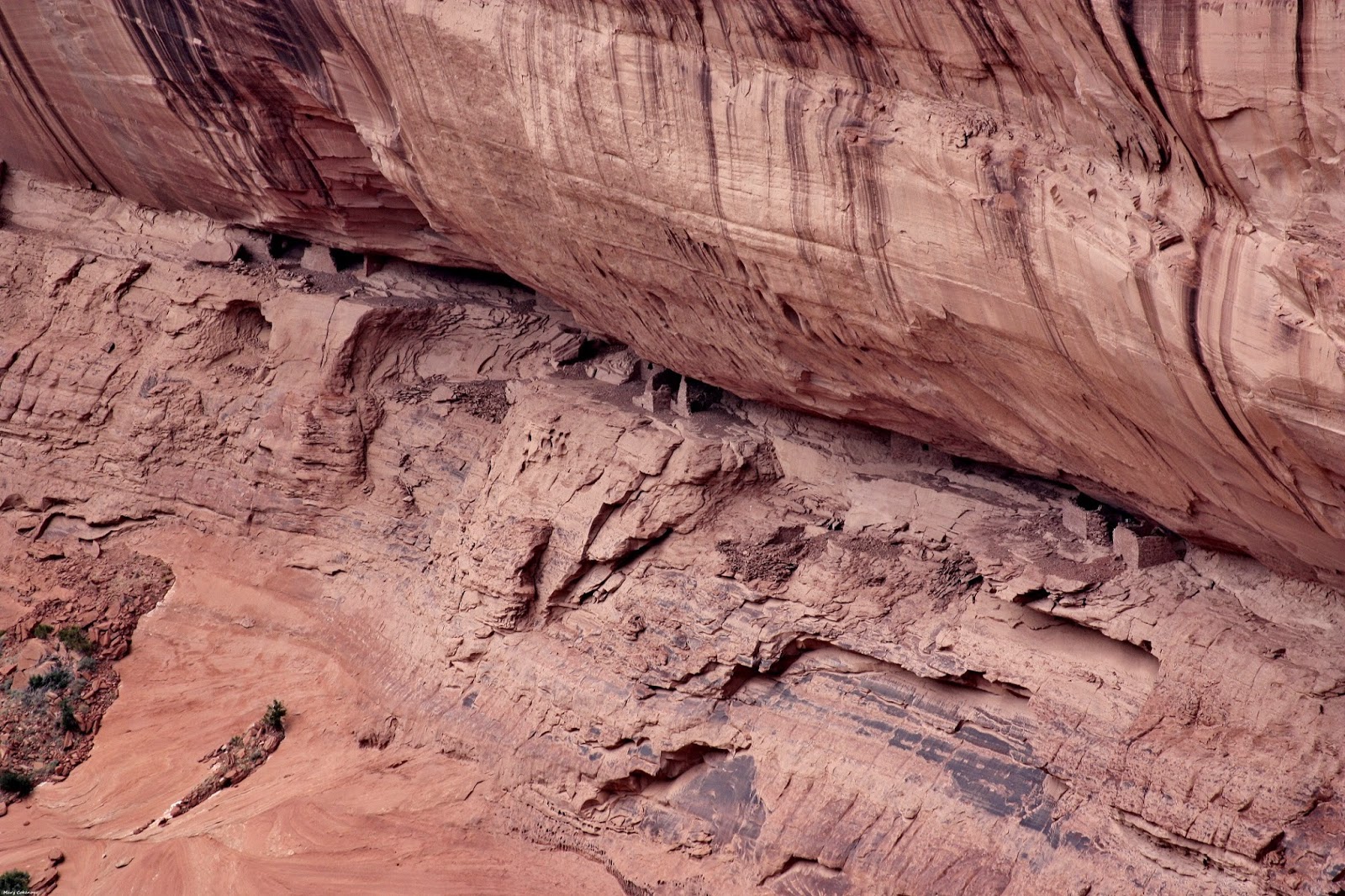 But wait, I'm not done yet; look beyond Spider Rock and in the distance is Black Rock Butte.

Besides the breath taking landscapes, don't forget to pay attention to the plant life; it might be a desert area, but life still makes itself known out here.


Instead of going back through Chinle, we headed on up the North Rim along Route 64 into Tsaile, Arizona.  Along the way I was able to get that shot of Black Rock Butte I posted above.  We were just passing the Navajo Community College when Tsaile Peak had an unobstructed view.  I couldn't find a name listed for the mesa beyond it, but the pinnacle sticking out from the side of it just might be "Black Pinnacle".  Which means we now have to take a trek down Route 12 to verify that thought; I'd also like to get to "Window Rock" which is an arch.

Till then, further adventures are waiting to be written up.