San Juan County in Spring and Yes, it is Snowing.

Living on the east coast, the heat would be turned on October 15th and not turned off until April 15th; pretty standard and hardly ever deviated. Well this isn't the east coast anymore and living in the southwest makes you stay on your toes. When it comes to the weather, don't ever believe you can set your seasonal clock by it. Since March 20th, the official start of spring, we have had days up into the 70s here in Monticello; 80s in the more desert areas such as Moab (located in Grand County), Blanding and Monument Valley. Just as you believe you can finally turn the heat off, say hello to the snow. Yes, I did indeed say the "s" word!

Let me give you a prime example; the last week of April the temperatures in Monticello had been anywhere in the 60s and reaching 70 a couple of times.  On April 27th, Roy and I got up early so we could head out to Moab and have brunch at the Cowboy Grill at the Red Cliffs Lodge.  Holy Moly, who turned on the freezer!  Not only was it extremely cold outside, but an inch of snow covered our vehicles, lawn, walkway, street, everything.  We had just put away our thermal jackets and here we were pulling them out again.

On the way down Peters Hill, we had to stop and take photos; the snow, sun, shadows, clouds all painted an absolutely beautiful portrait of the valley below. 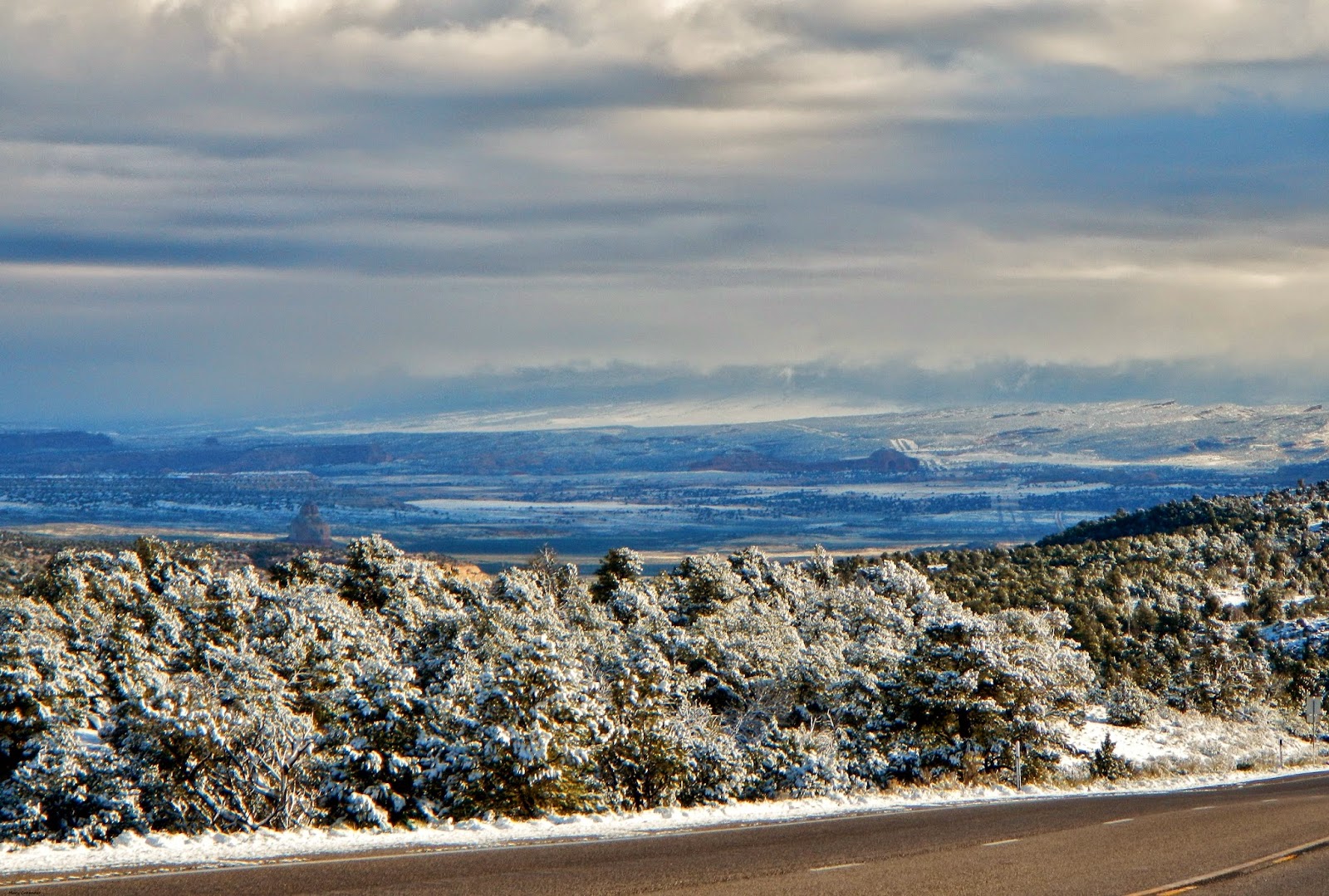 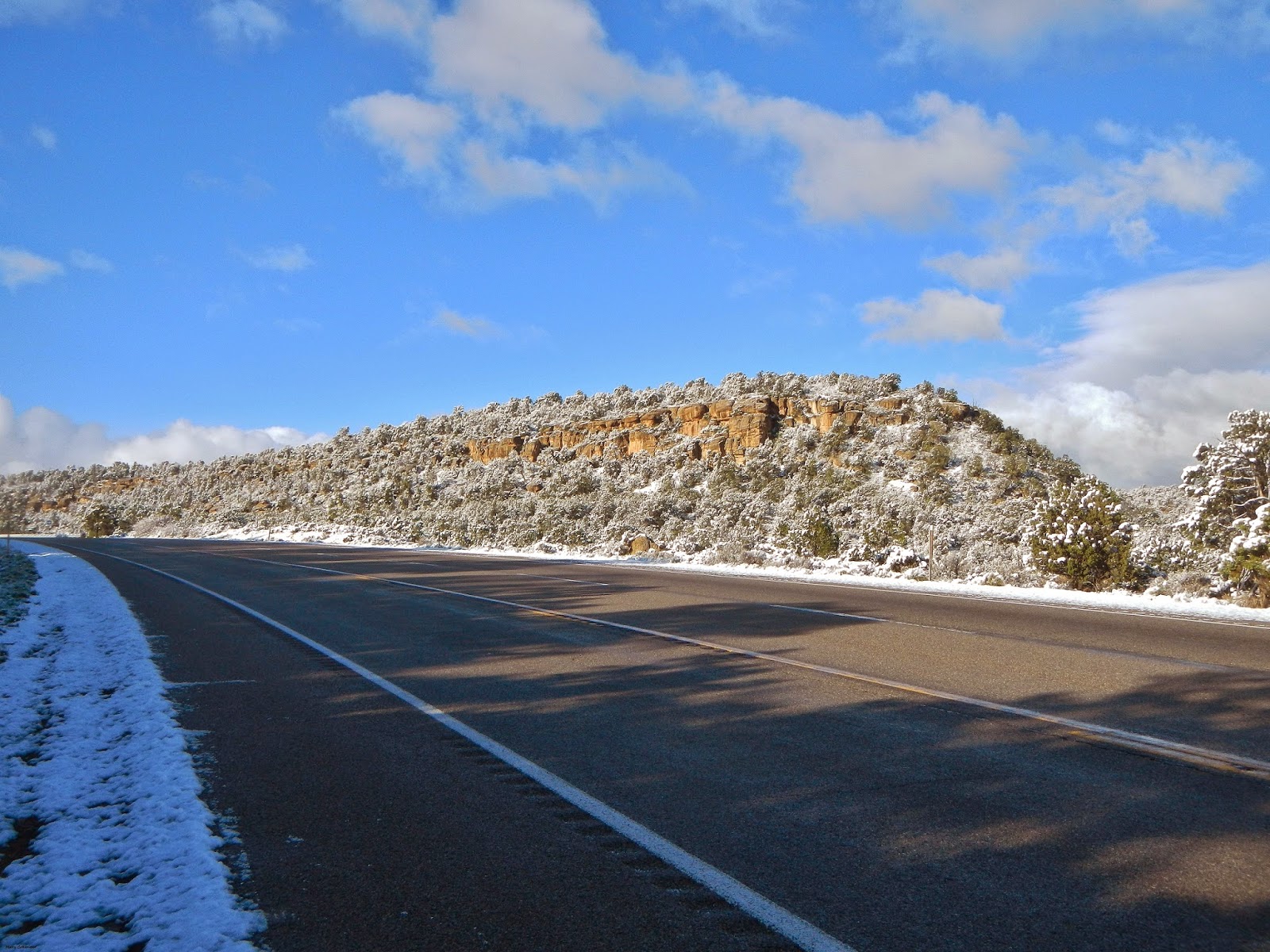 At the bottom of the hill, Dry Valley was a winter wonderland\; the play of shadows over the mesa tops and Church Rock was spectacular.


Driving towards Lisbon Valley Road, the landscape and sky were so stark, we could see all the way to Big Indian (pillar formation).


I couldn't resist this shot, most especially because of the gorgeous blue sky. 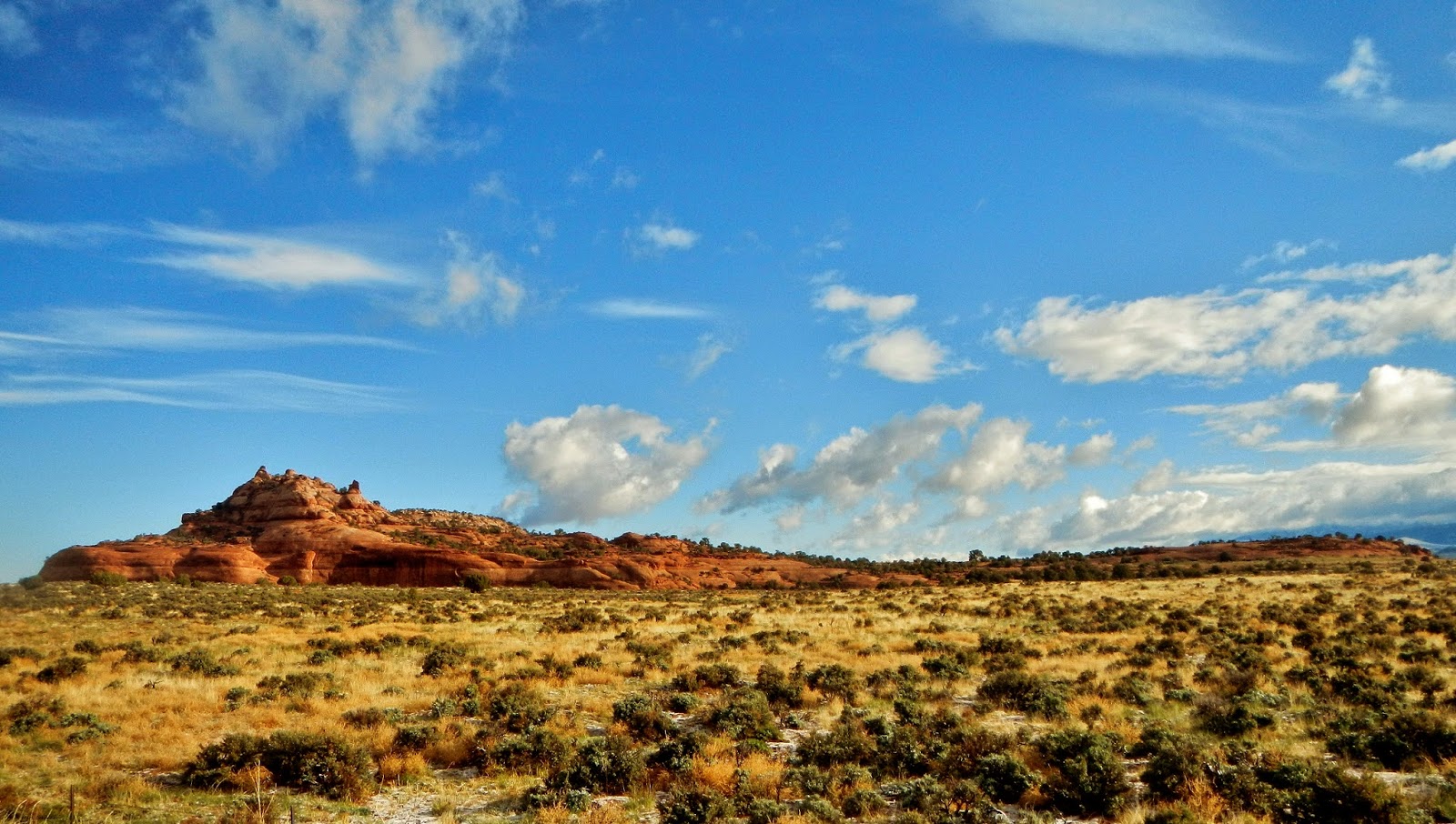 By the time we reached Red Cliffs Lodge, had brunch and returned (about 4 hours), the snow was almost gone and the temperature had warmed up a bit.  We then did our trek down Montezuma Canyon Road to map out the sites.  About halfway down, we were considerably warmer to the point of removing our jackets.  The temperatures though remained in the 50s until about Friday and the 70s are back again; except we're expecting snow in about two days.  Welcome to San Juan County in Spring.