Riding the "Rim" into Blanding.

...Brushy Basin Rim (CR 277) that is. This San Juan County road has beautiful overlooks; ATV and 4 wheel drive trails; campsites; or just drive into Blanding and decide where to go from there. 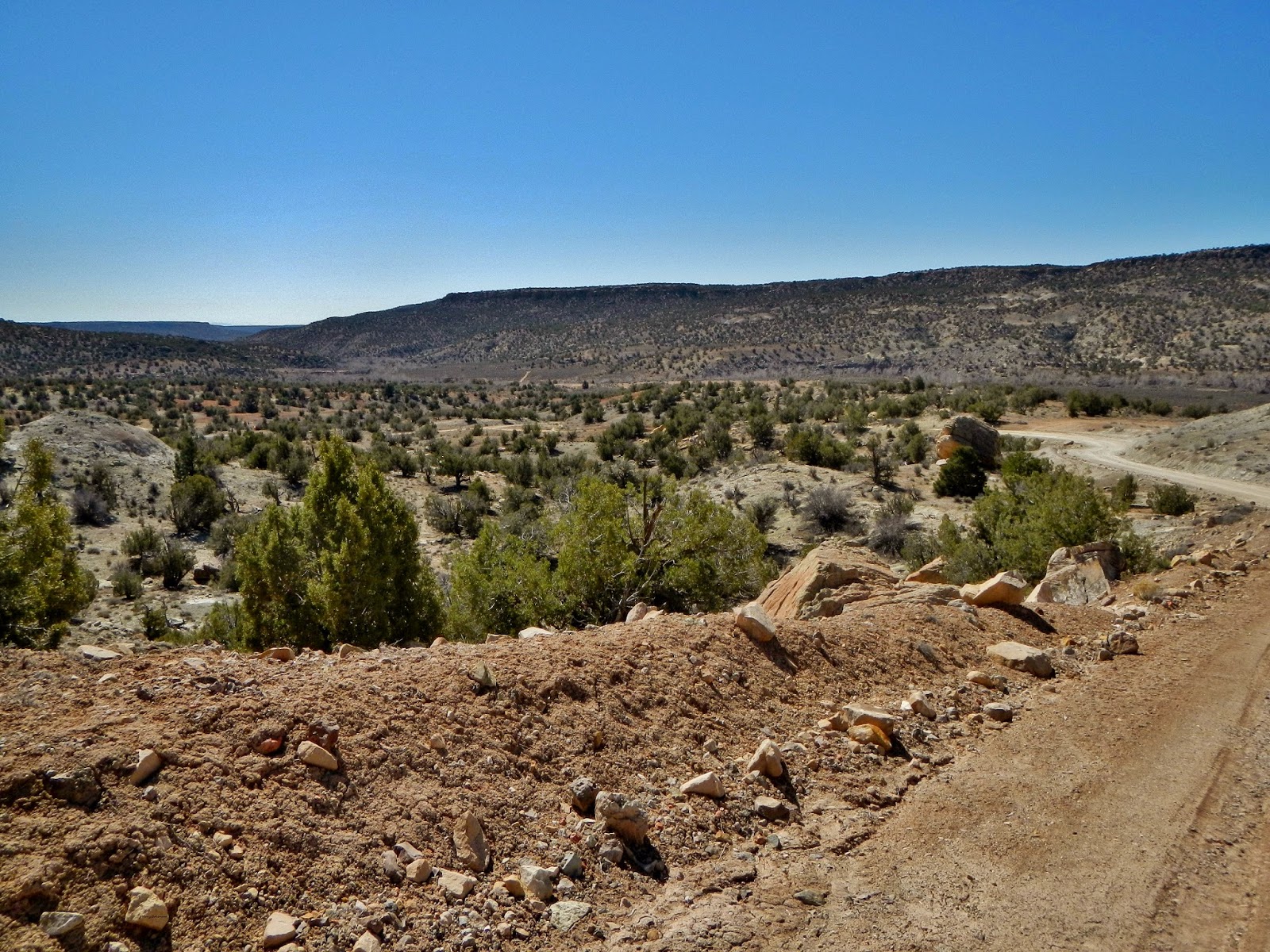 Alright then, lets me start from the beginning, or where we began, I should say.  State Highway 95, 5.1 miles heading west, is where you'll find CR 277.  We were only on it for 2/10ths of a mile when the road split down to the left, or upwards to the right. We'd seen this road from 95 many times, and already knew that we were heading on up.  Where the trail to the left went?  Well now, sure it's easy to look it up on a map to see, but what fun is that!?!  Just going to have to come back, drive it and see for ourselves. 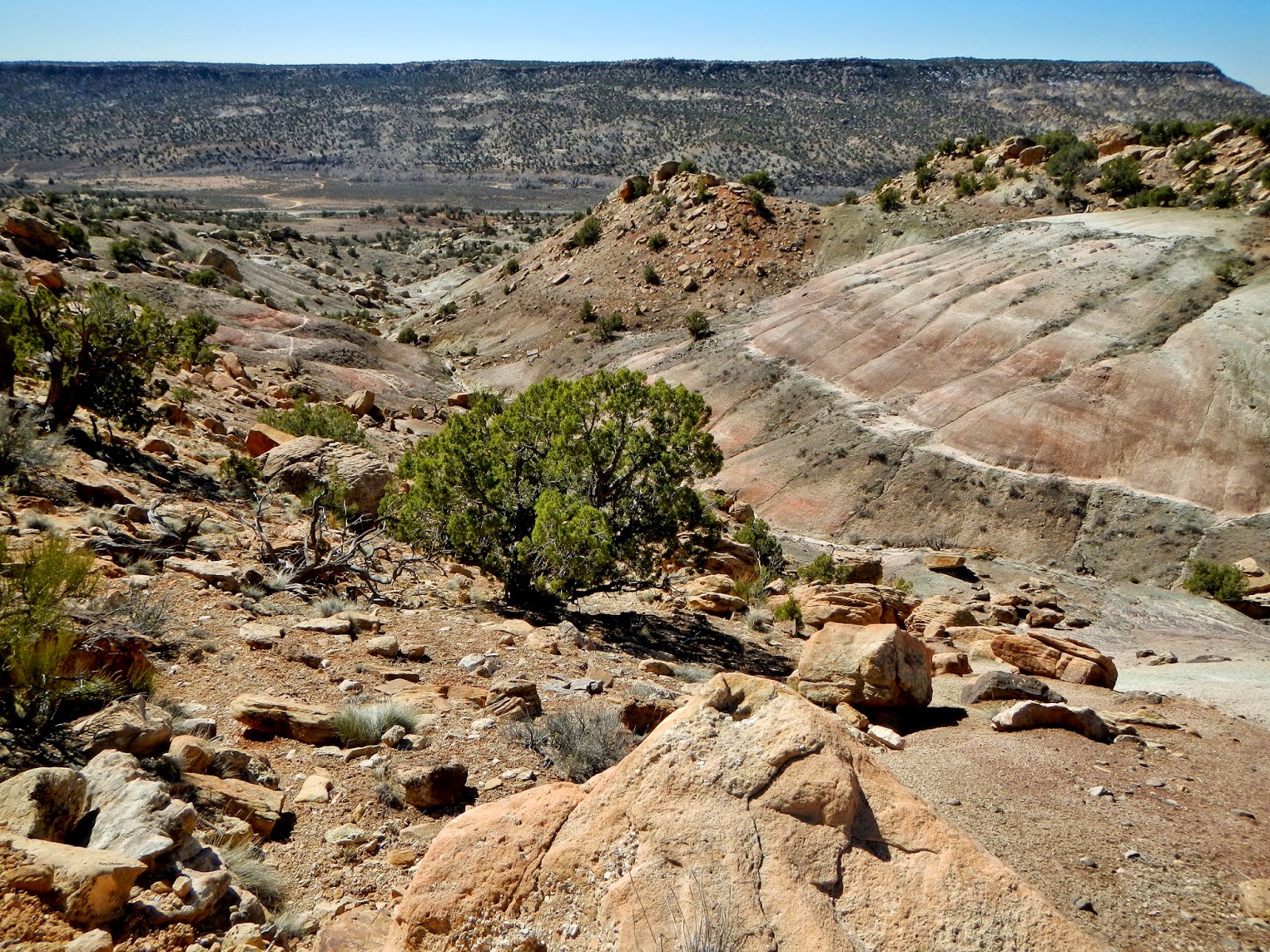 Up, up and around we went; taking time to get shots of the overall scenery. 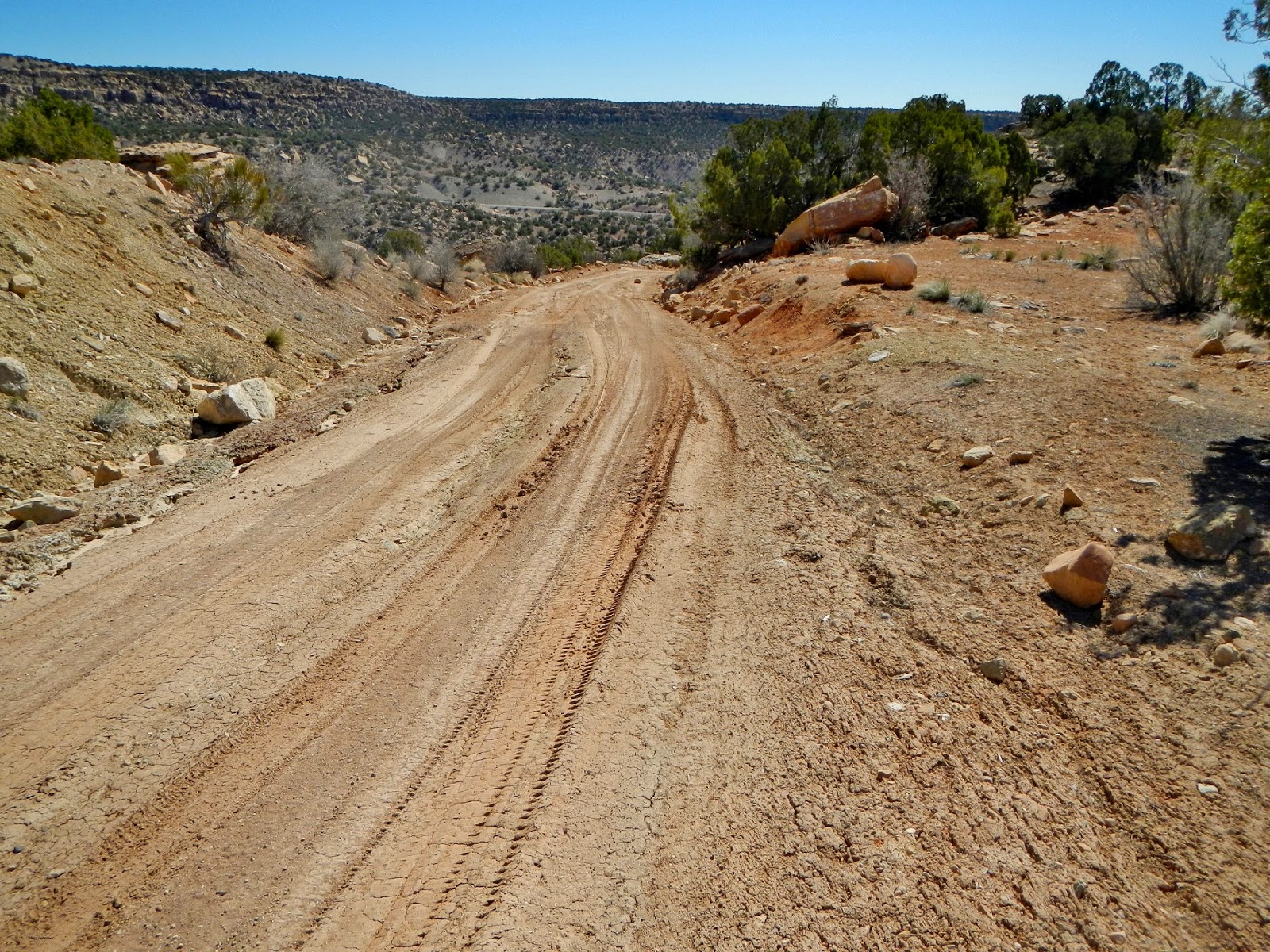 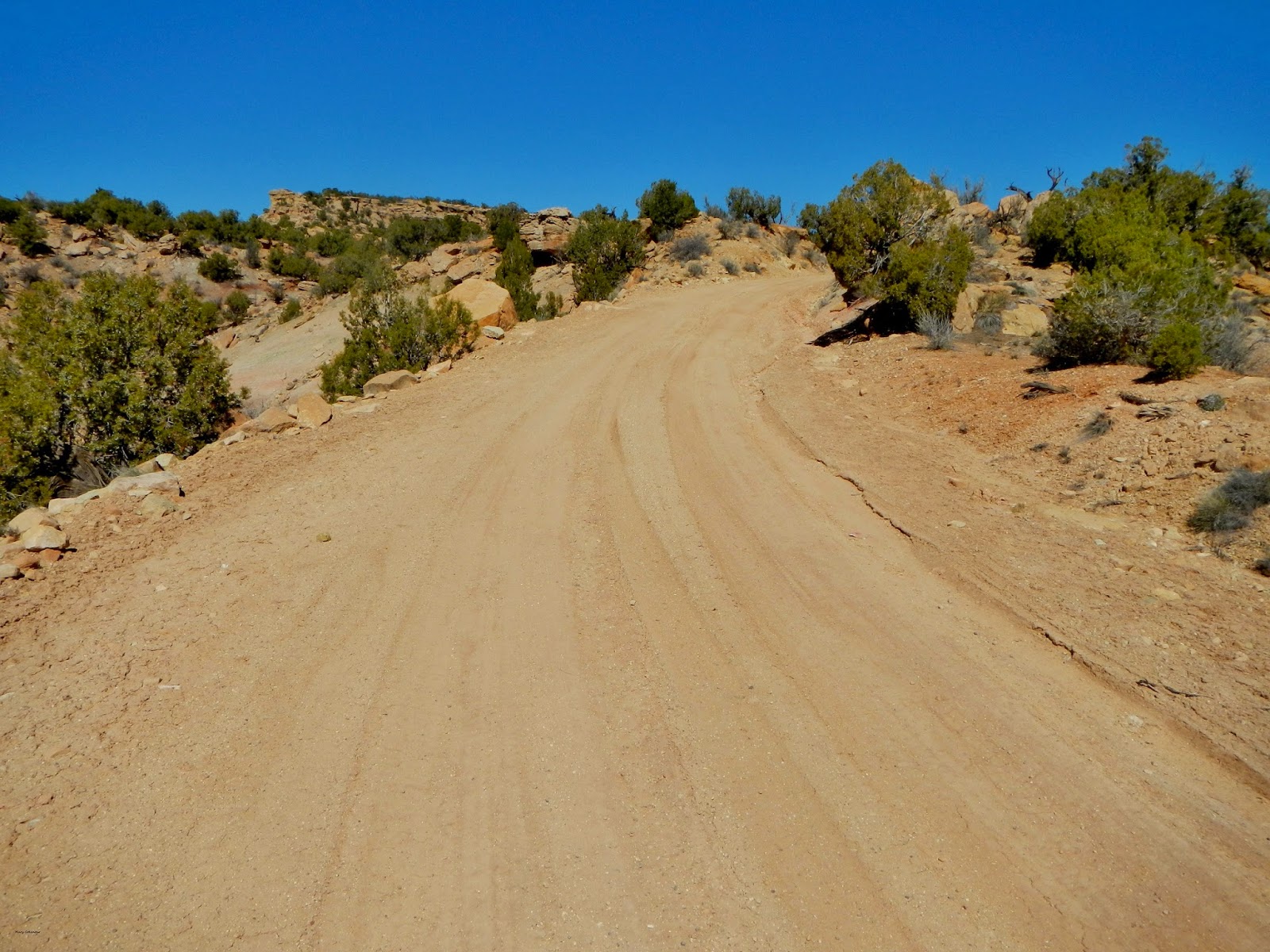 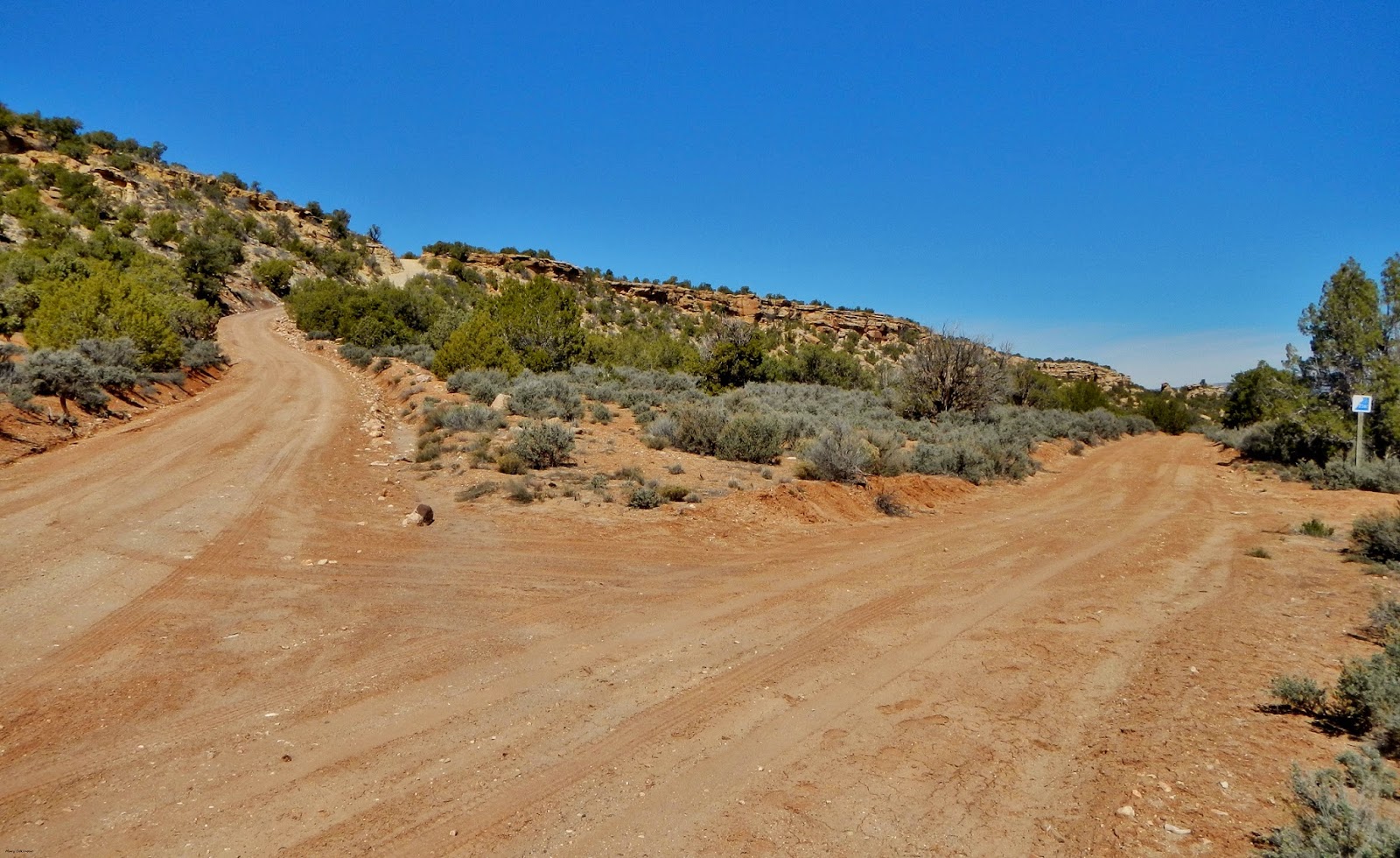 We'd only driven 1.1 miles before we came to another split; CR 2561 (for another day) continued off to the right; but we took the left hand trail going up, up, up once again. 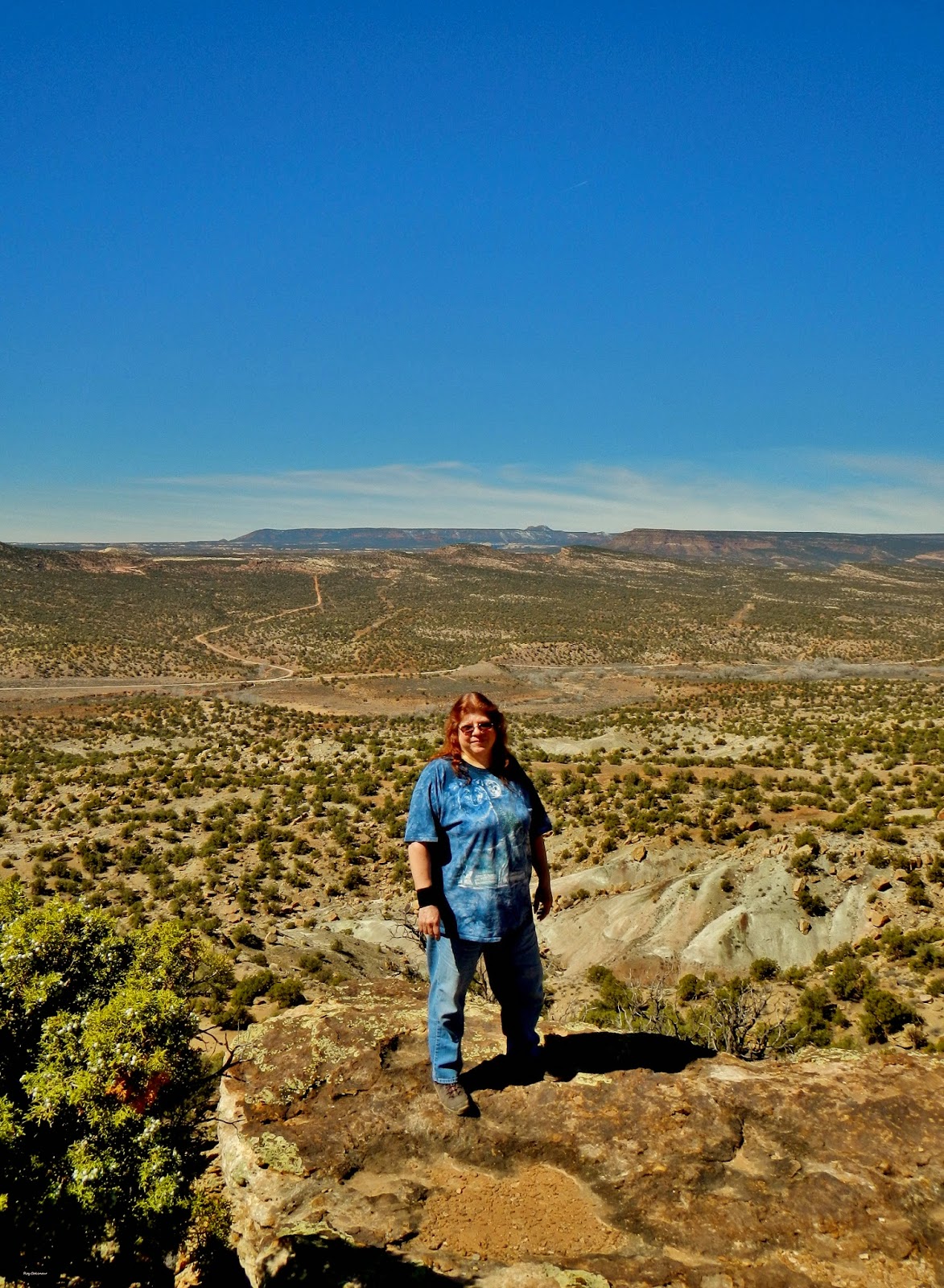 5/10s of a mile brought us to campsites overlooking South Cottonwood Road.  It finally dawned on me, that standing on ledges, and edges of cliffs, has become simply a natural thing to do.  Lady Gaga can have her "edge of glory"; I've got the entire county lying below me wherever I go! 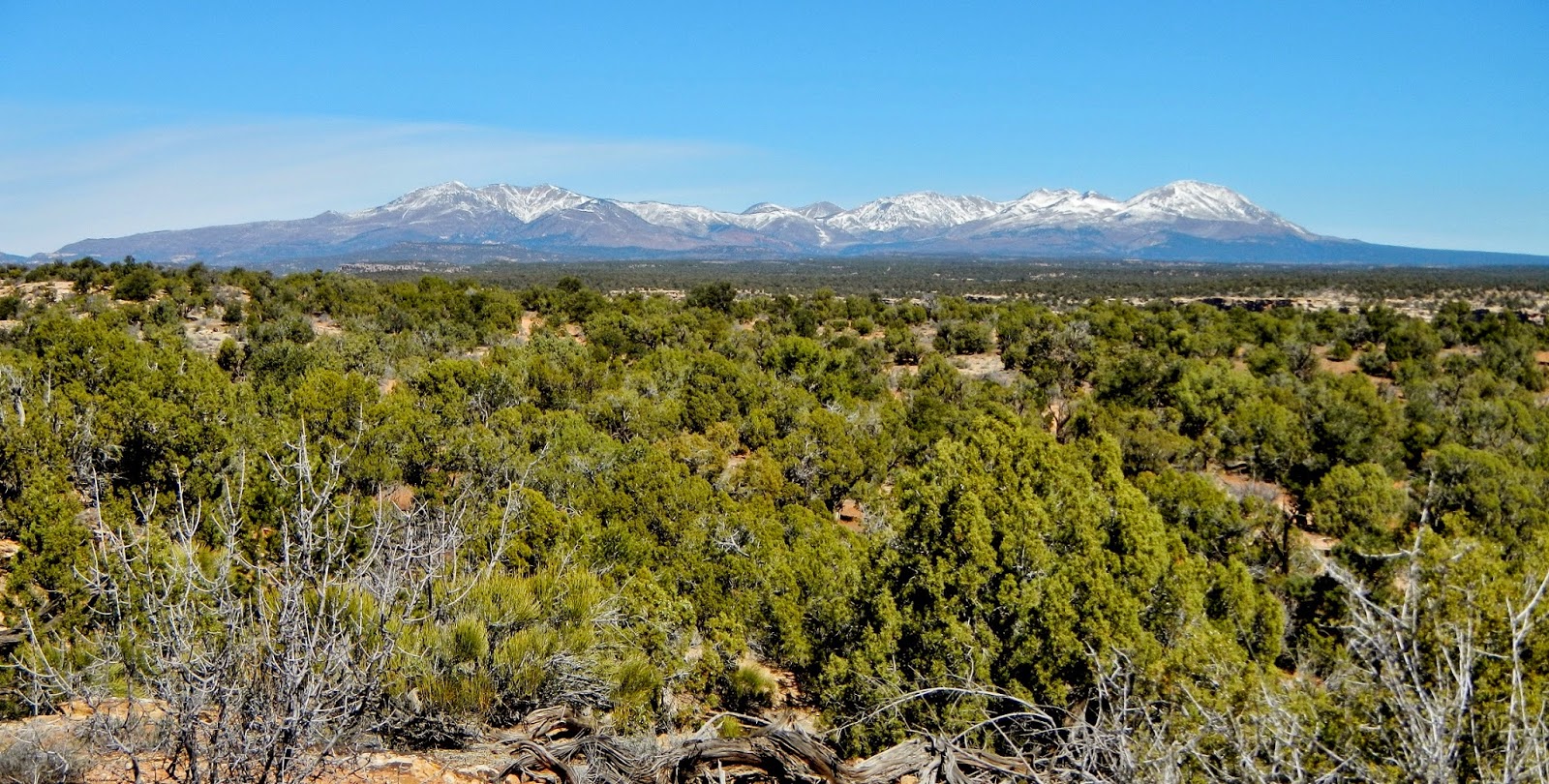 Occasionally you'll get an awesome viewing of the Abajo Mountains in the distance.  CR 288 is 8.9 miles along; full of ATV trails, this county road will bring you right back down to State Highway 95.

At 9.3 miles, CR 254 only goes on for 4/10s of a mile before it dead ends; this poor little county road looks more like a dumping site with garbage strewn on both sides...yes, that is the insides of a washing machine lying there! 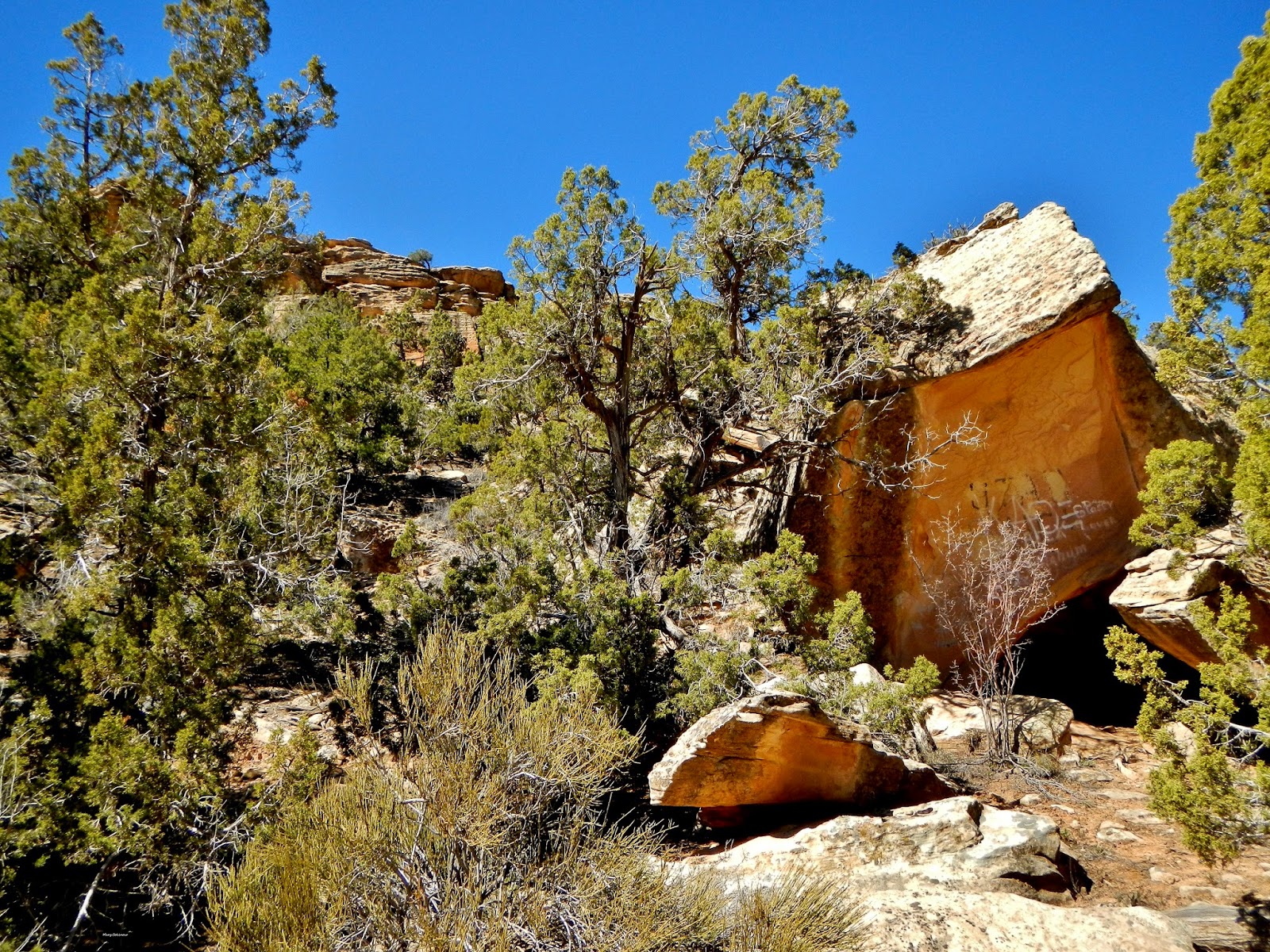 Mile mark 9.8 seemed to be a semi-interesting area; huge boulders with "rock art"; lets say the "rock art" is more of the modern rock era, than that of the ancient Native cultures. 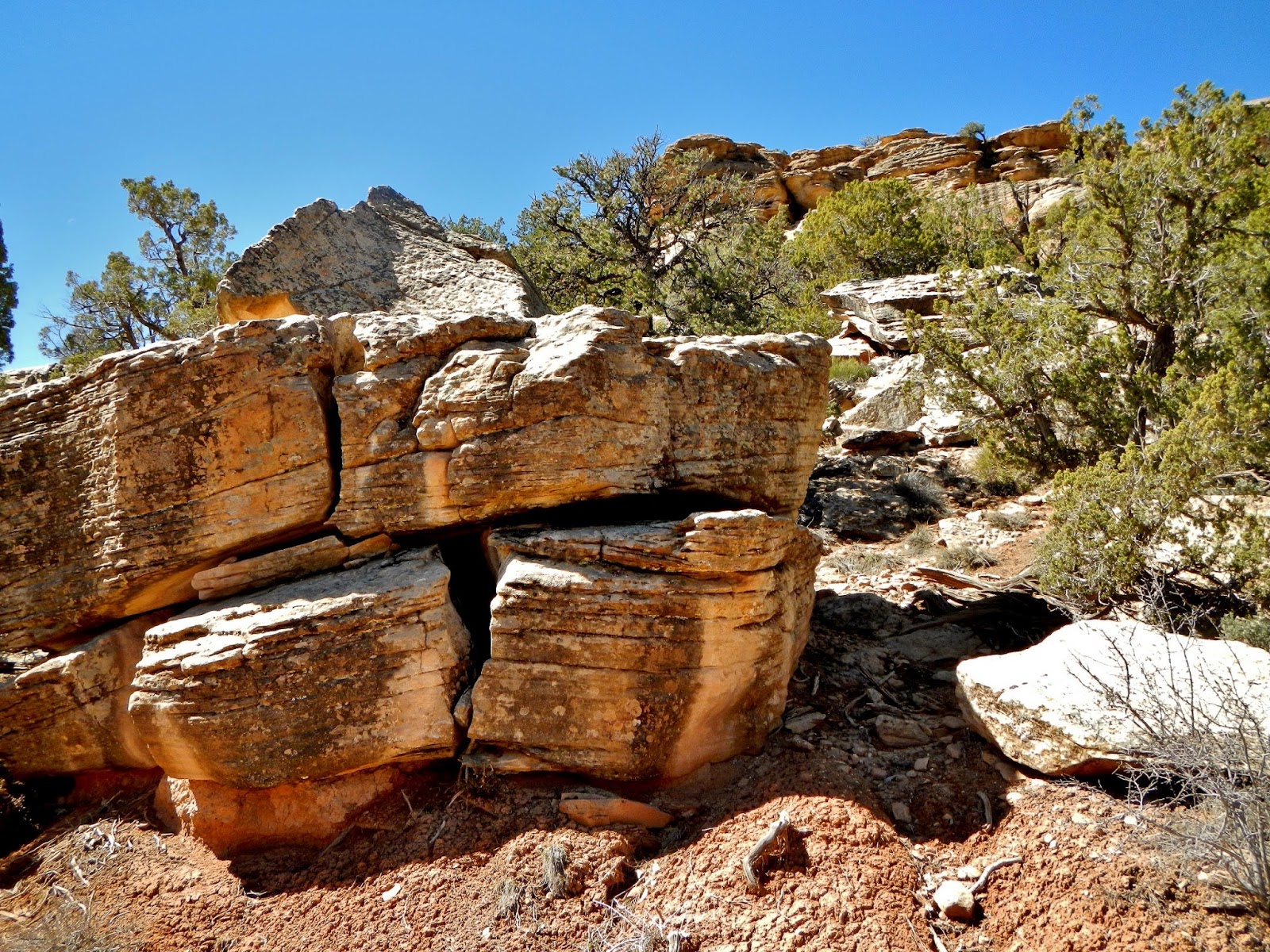 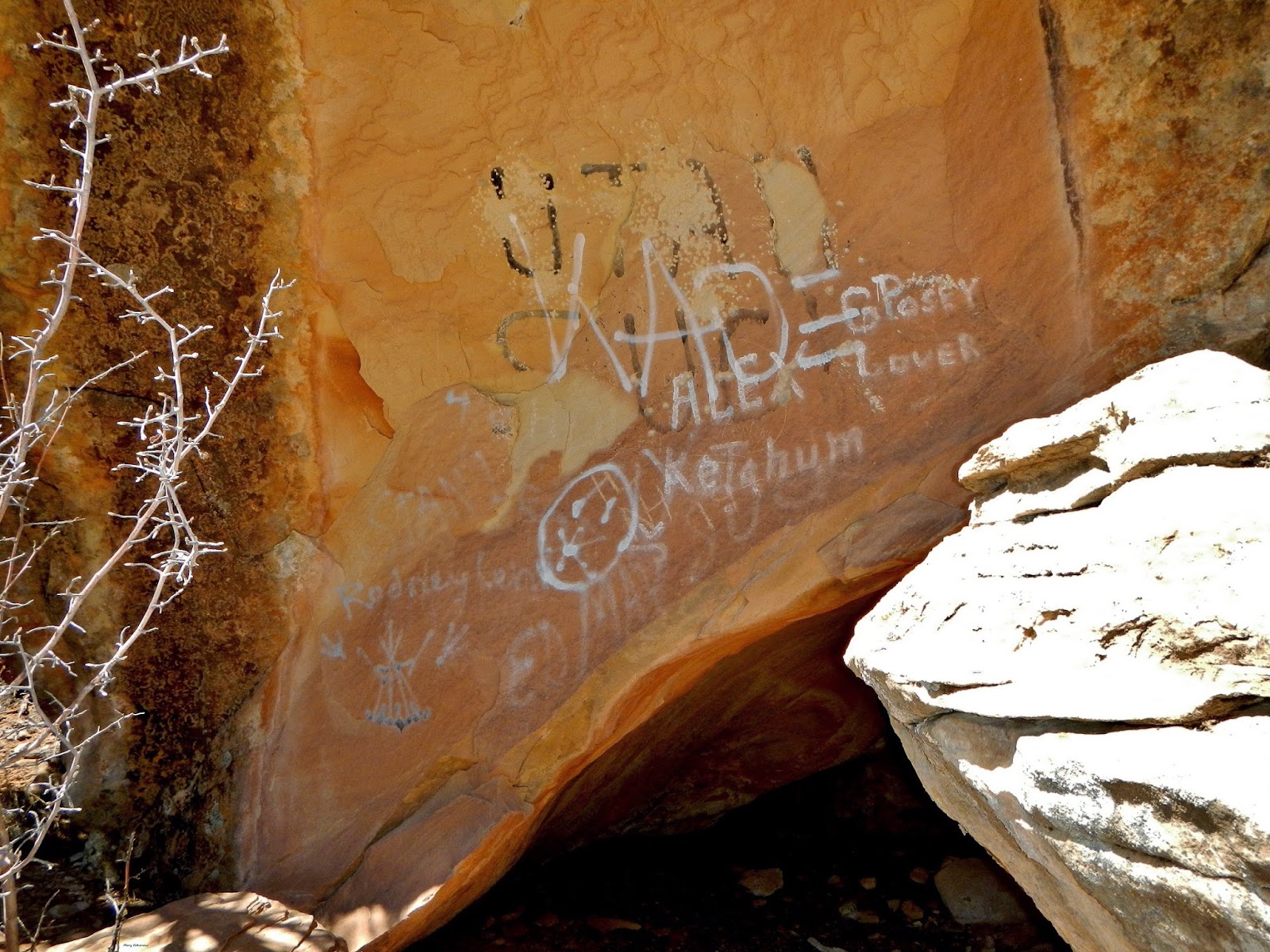 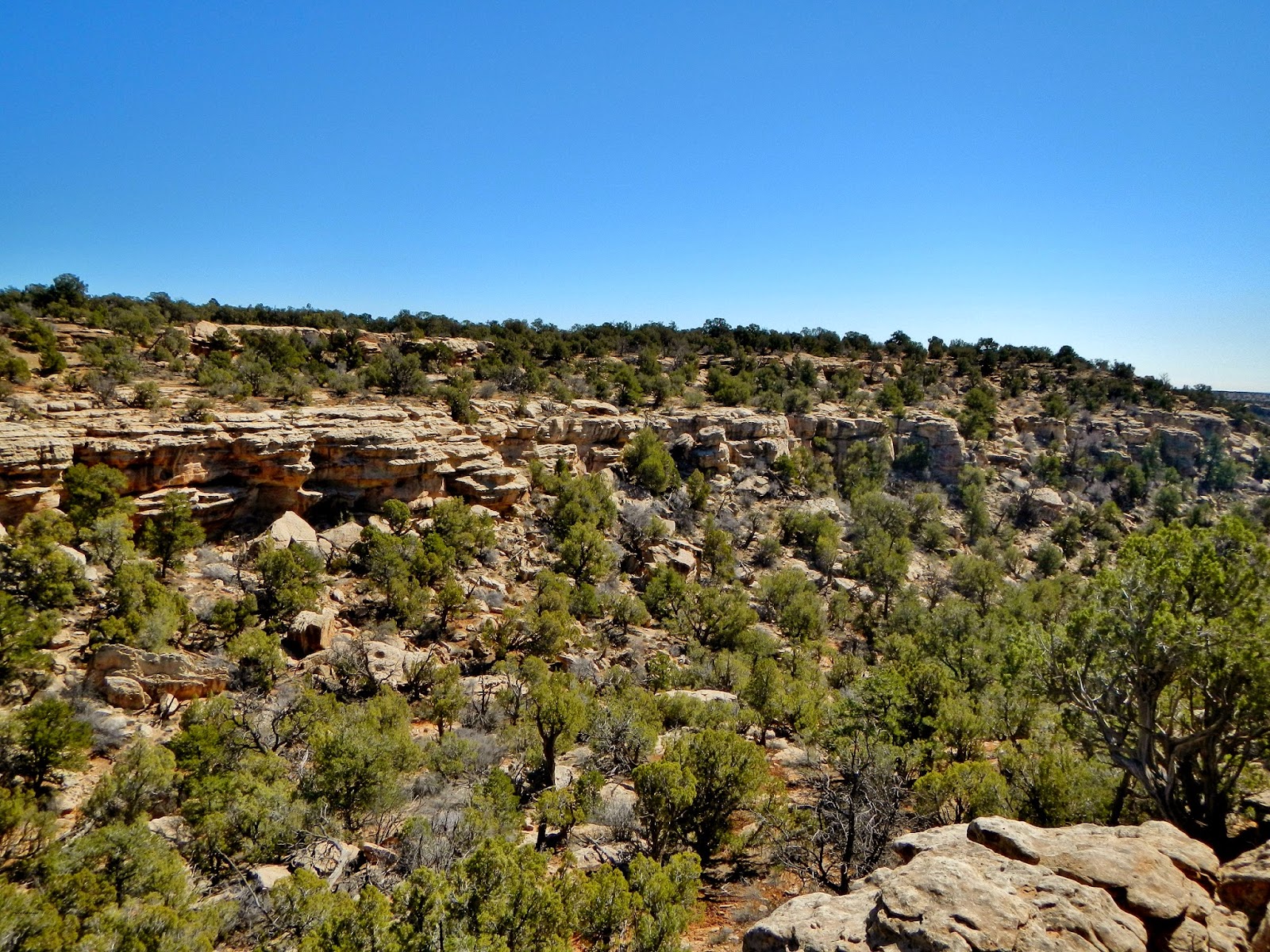 The road began a down and around descent into a canyon area, before heading up, up and around...this was so fun! 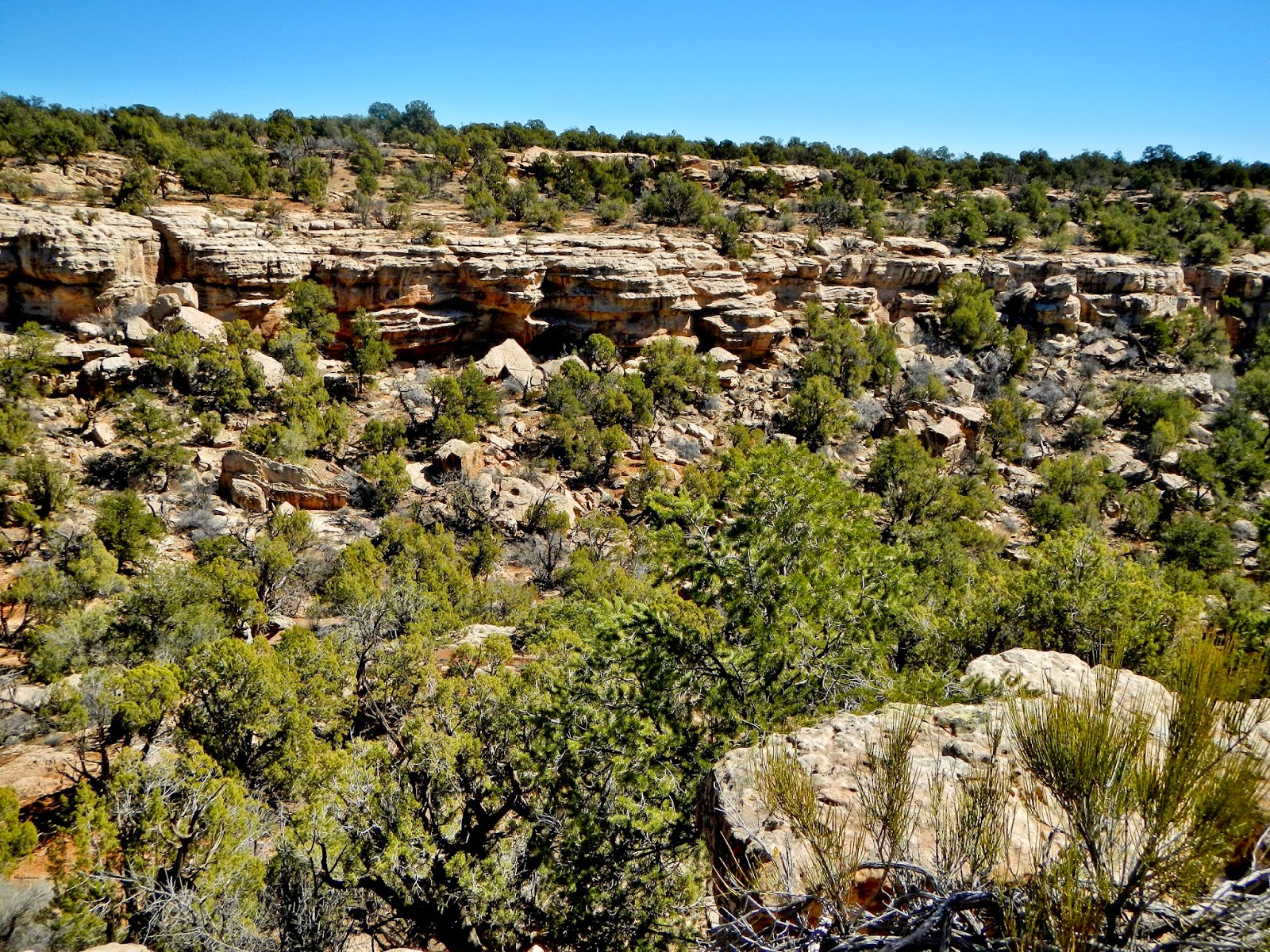 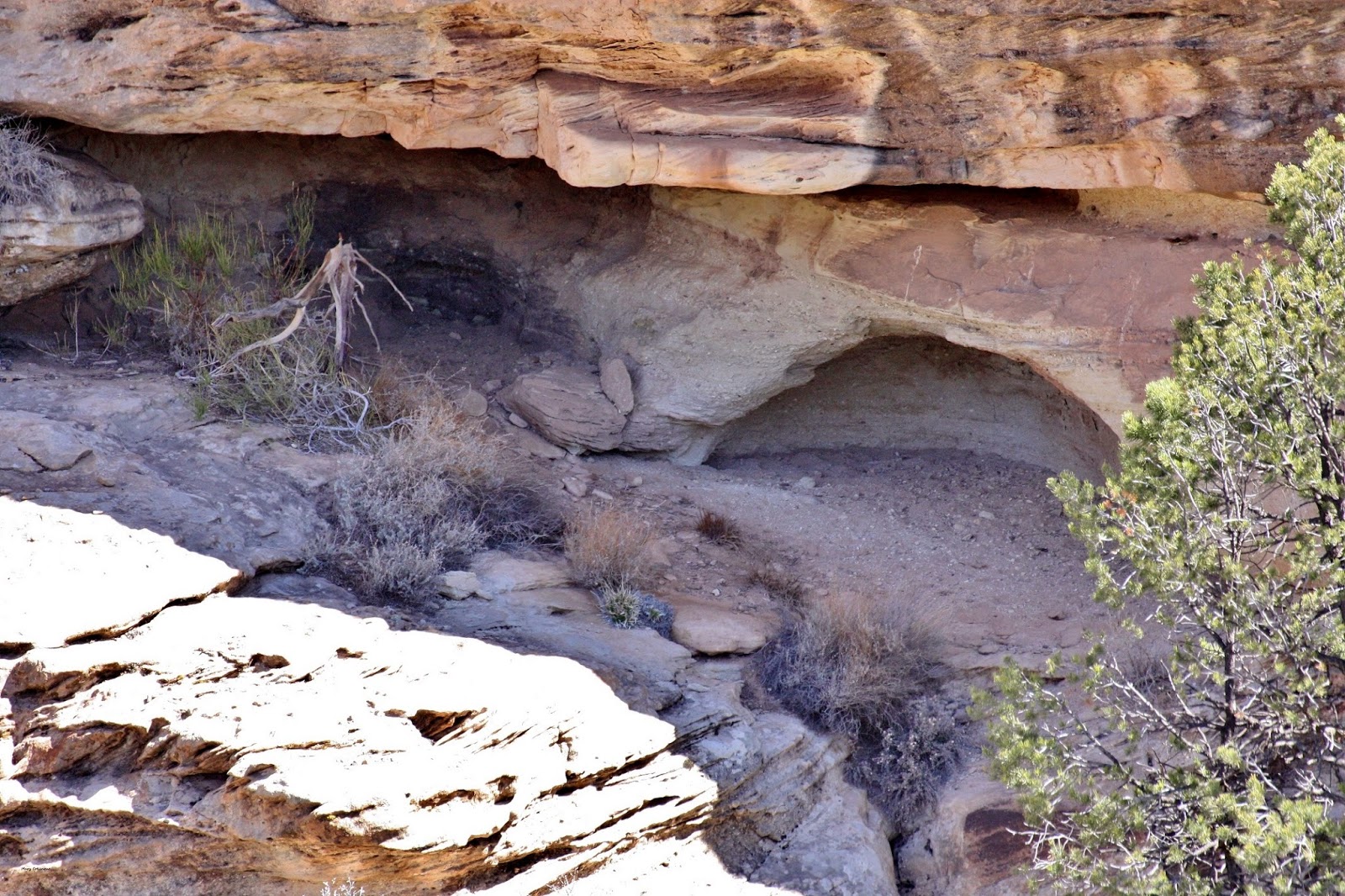 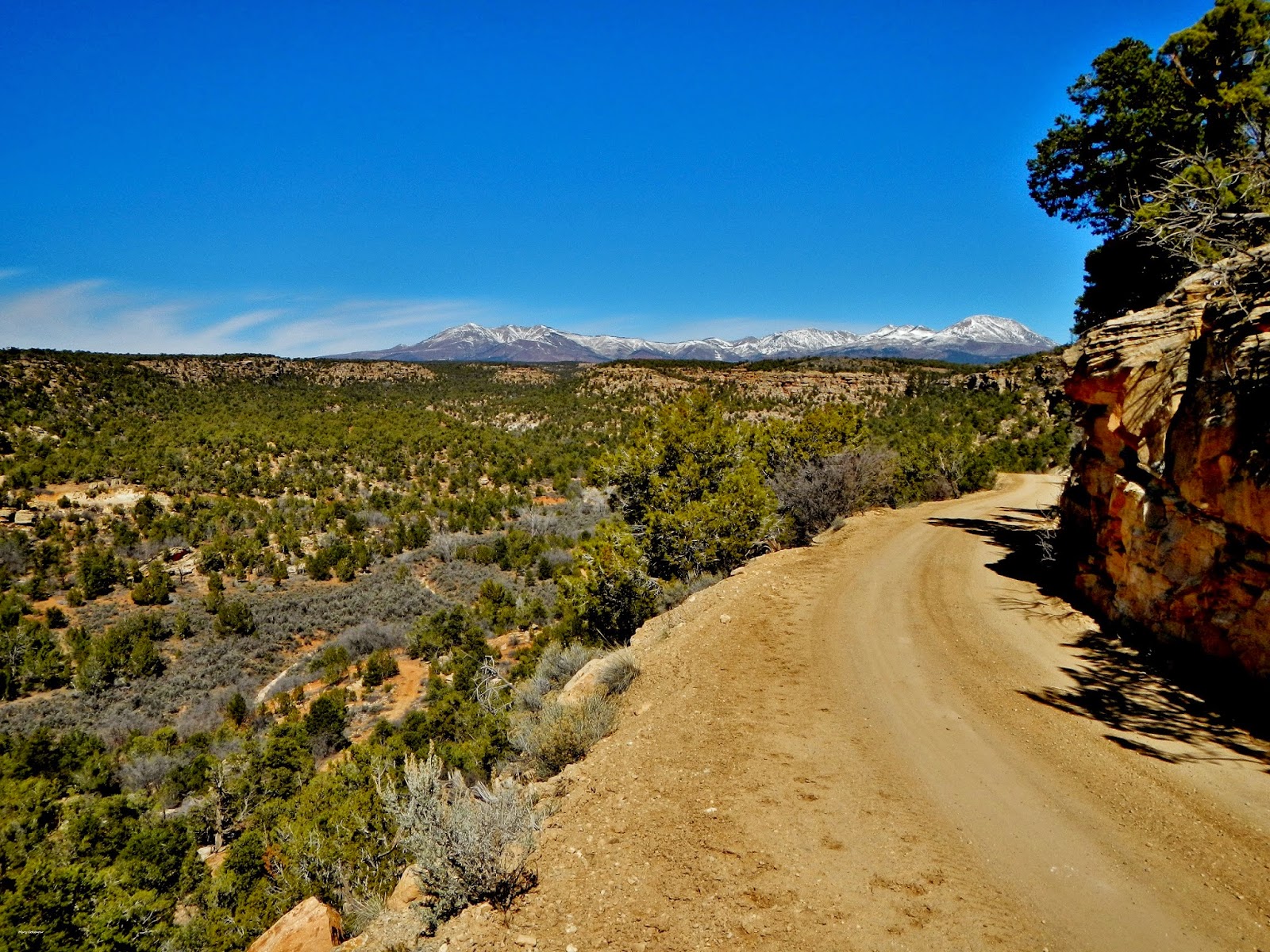 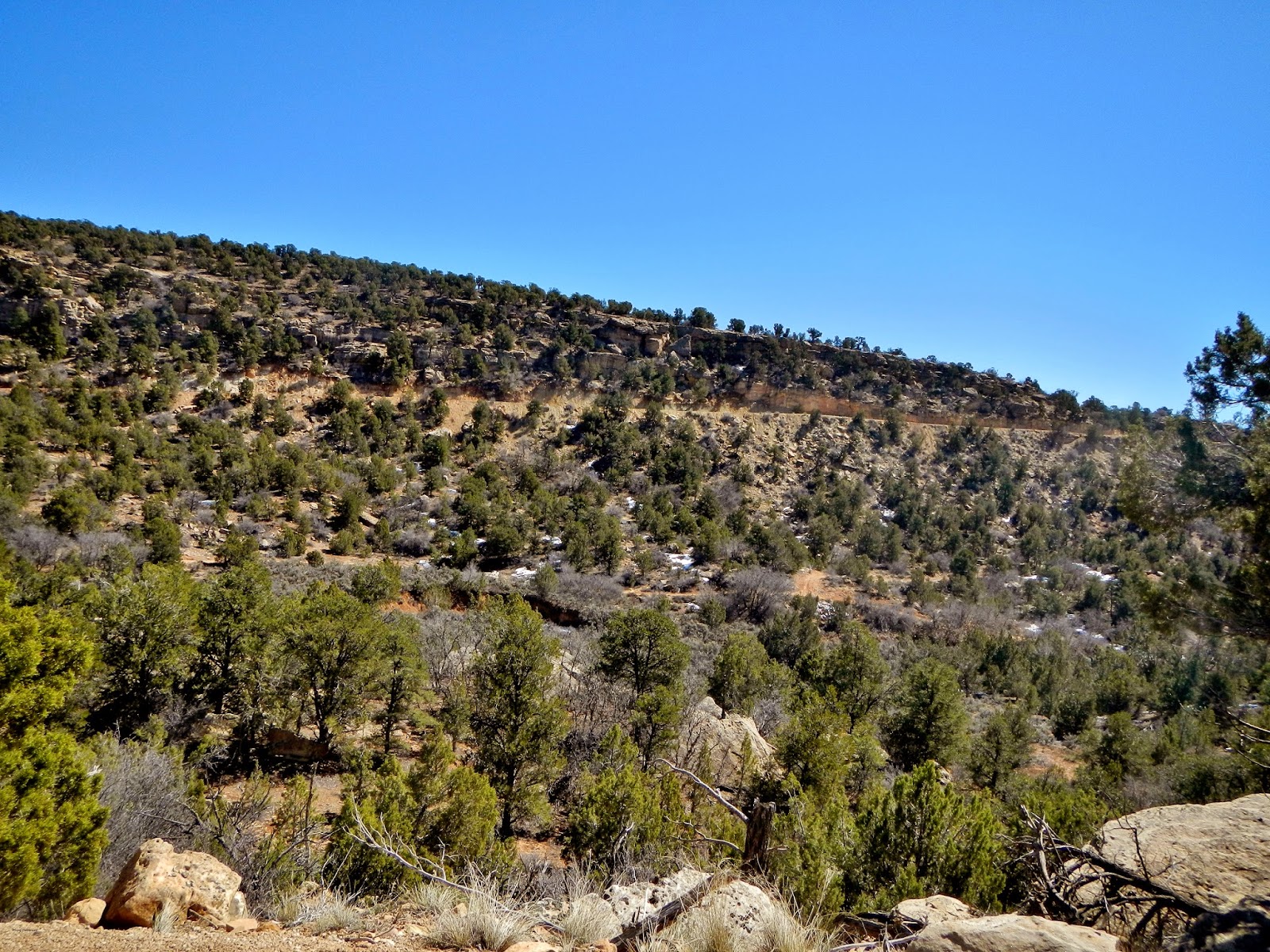 At mile mark 10.7 a sign informed us that we were now on CR 277/OHV 25; other signs along the way informed us that the road was patrolled, and no dumping was allowed.  Too bad this area seems to be frequented by those who cannot read, and obviously not patrolled; piles of debris littered most open areas, including a sofa and broken btables.  We entered the streets of Blanding at mile mark 12.8, onto 550 North; turned around and headed back the way we'd just driven.  First, to do that canyon run once again, but also to check out the other county roads we'd seen along the way.  The day was still young, and we were full of wondrous energy.