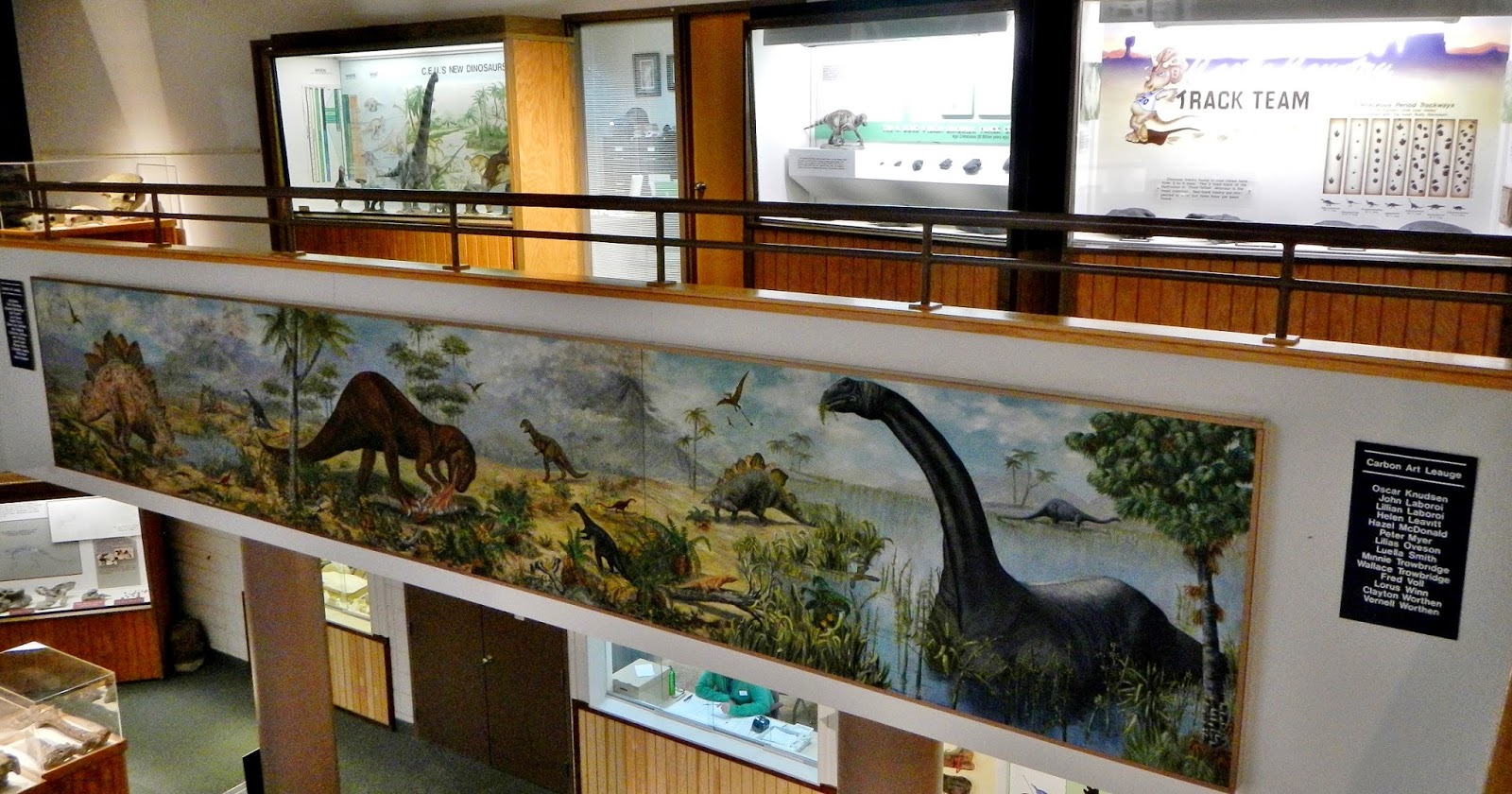 So, in Part One, I left you with a tease...dinosaur skeletons and bones; they're all over the place!  The majority of skeletons, bones and fossils have come to the museum from the Cleveland-Lloyd Dinosaur Quarry which can be visited. 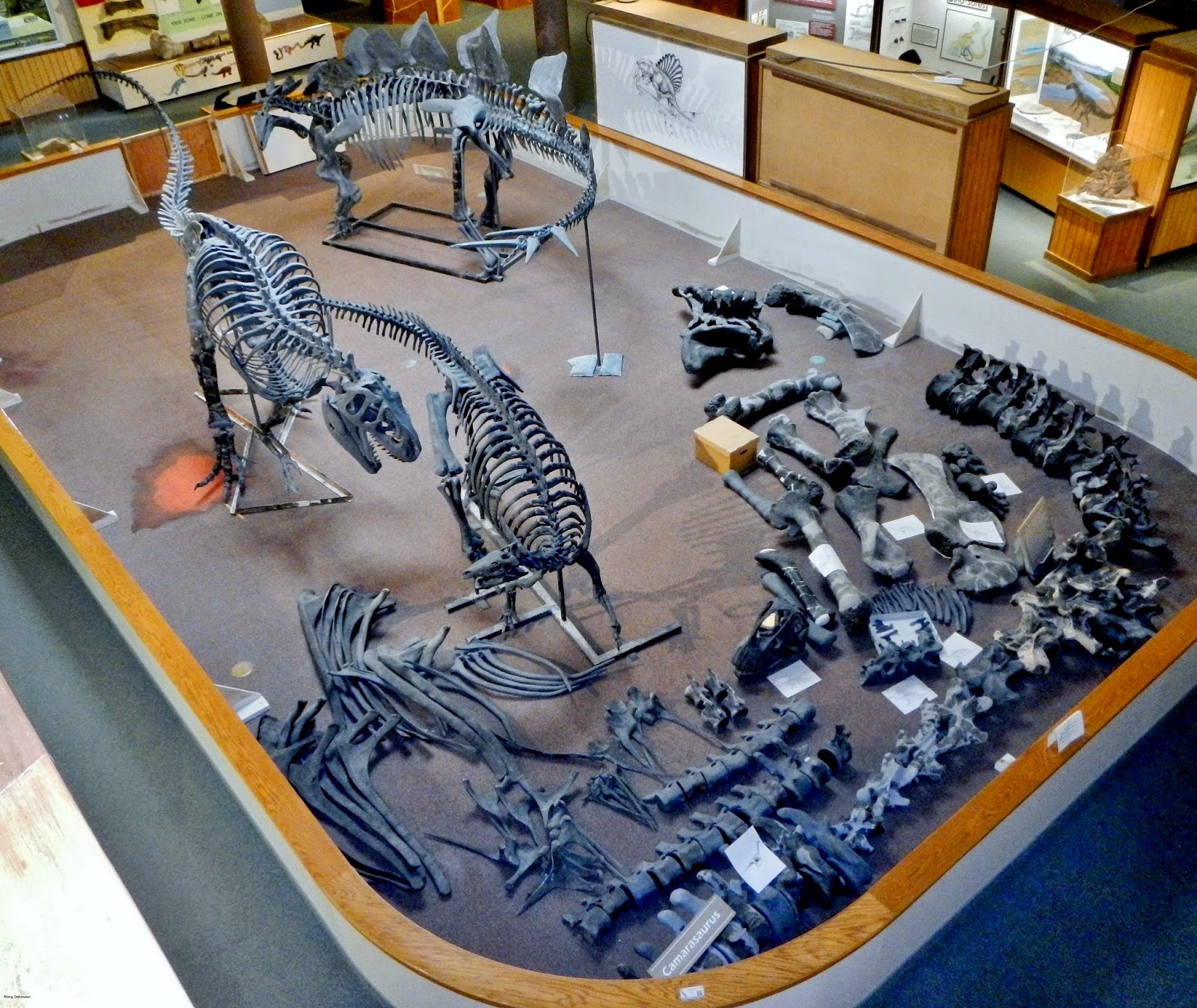 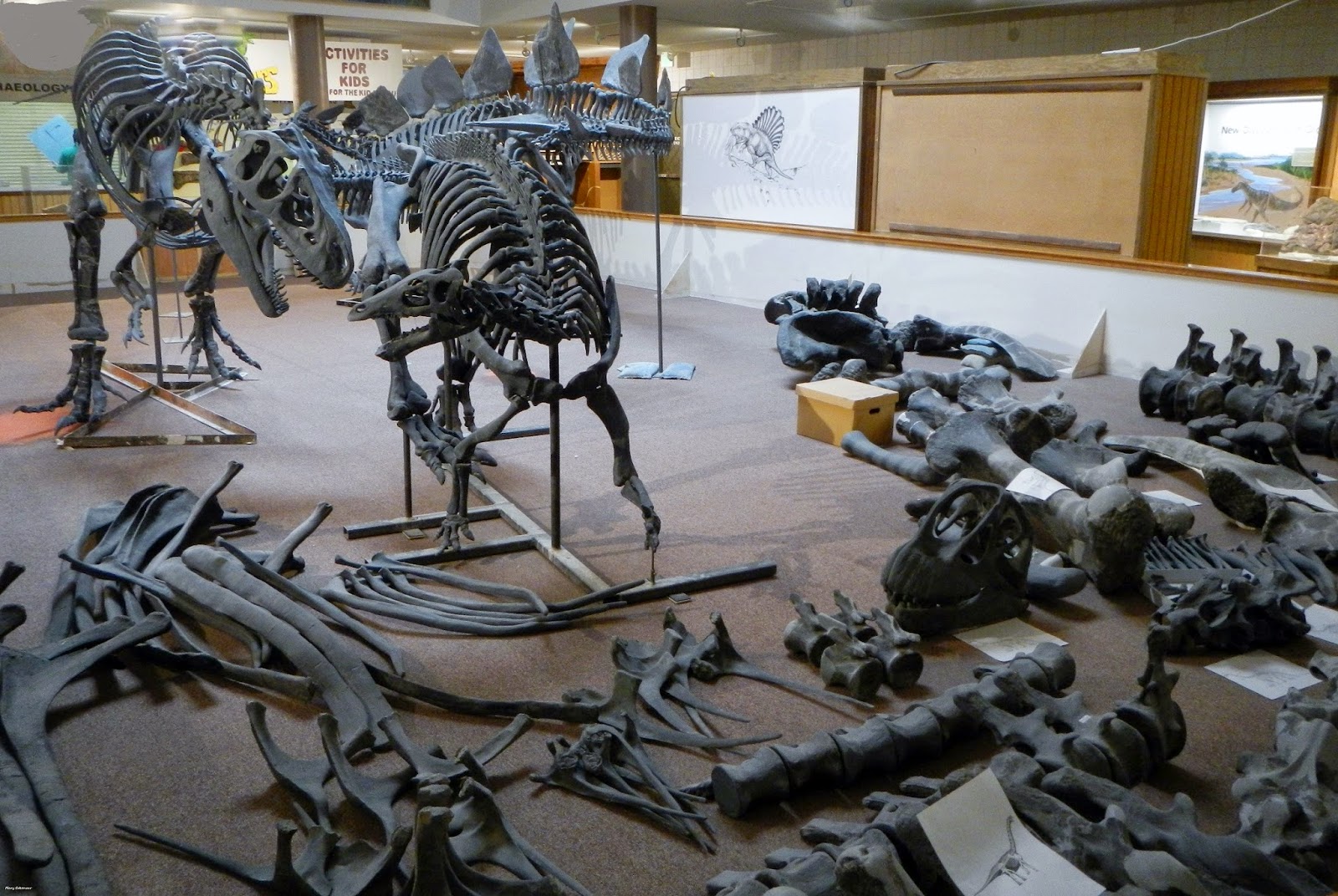 Before you get into the dinosaur area, you will walk through the art gallery.  Unfortunately, the featured current artist does not allow her work photographed; however, it is amazing! 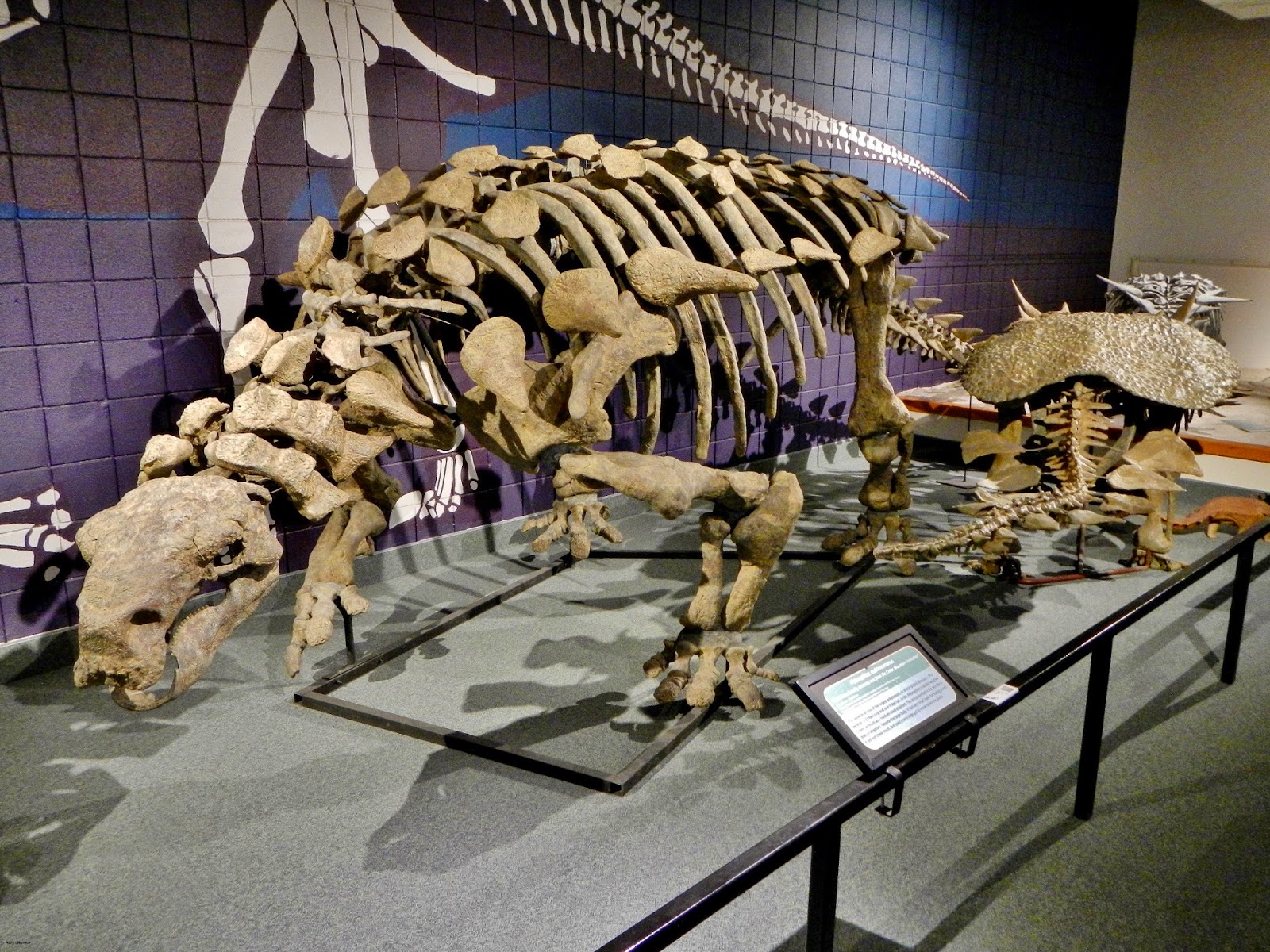 One awesome exhibit is the Armor Plated Dinosaurs; currently there are three skeletons, but there might be a fourth joining the crew soon. 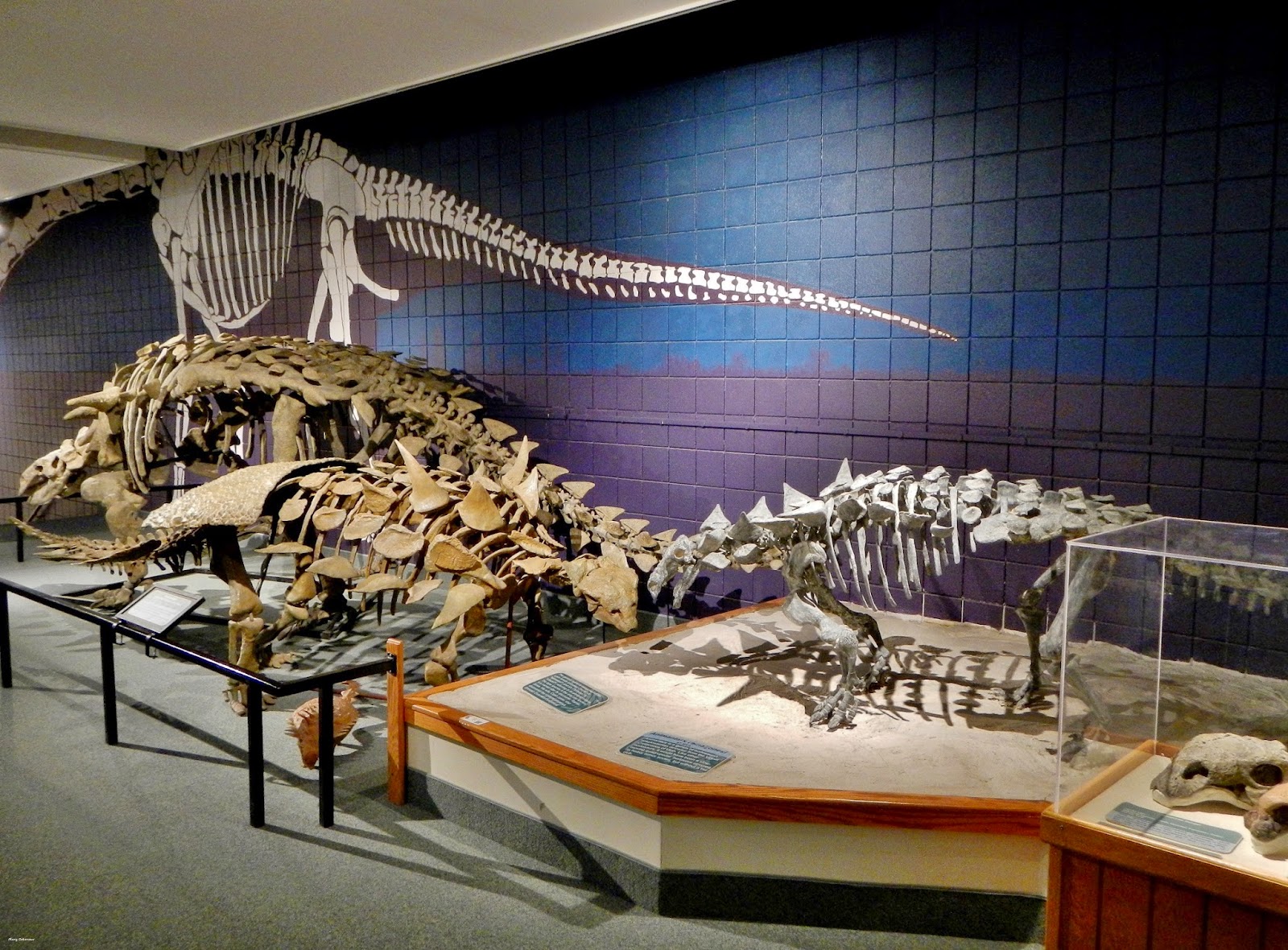 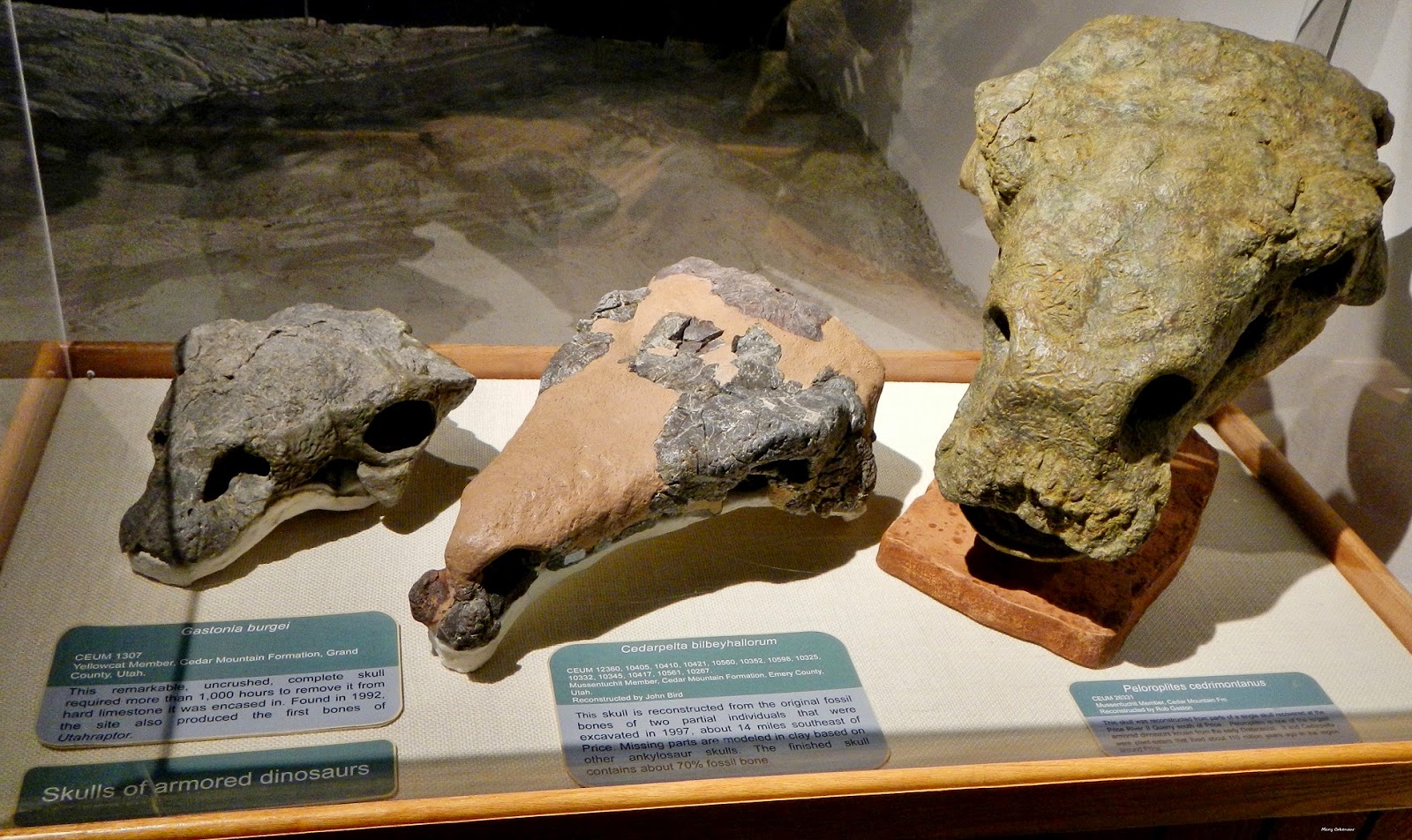 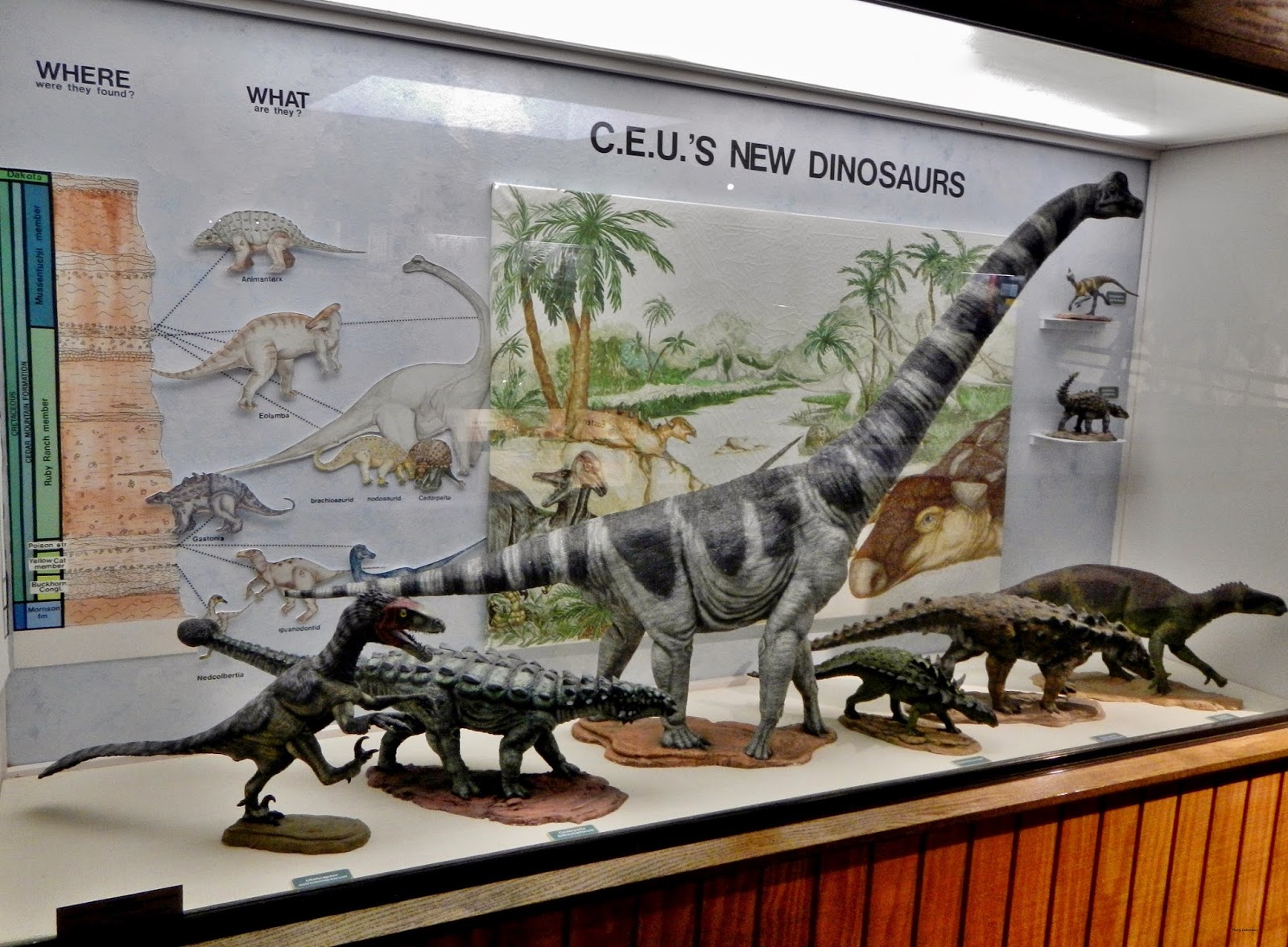 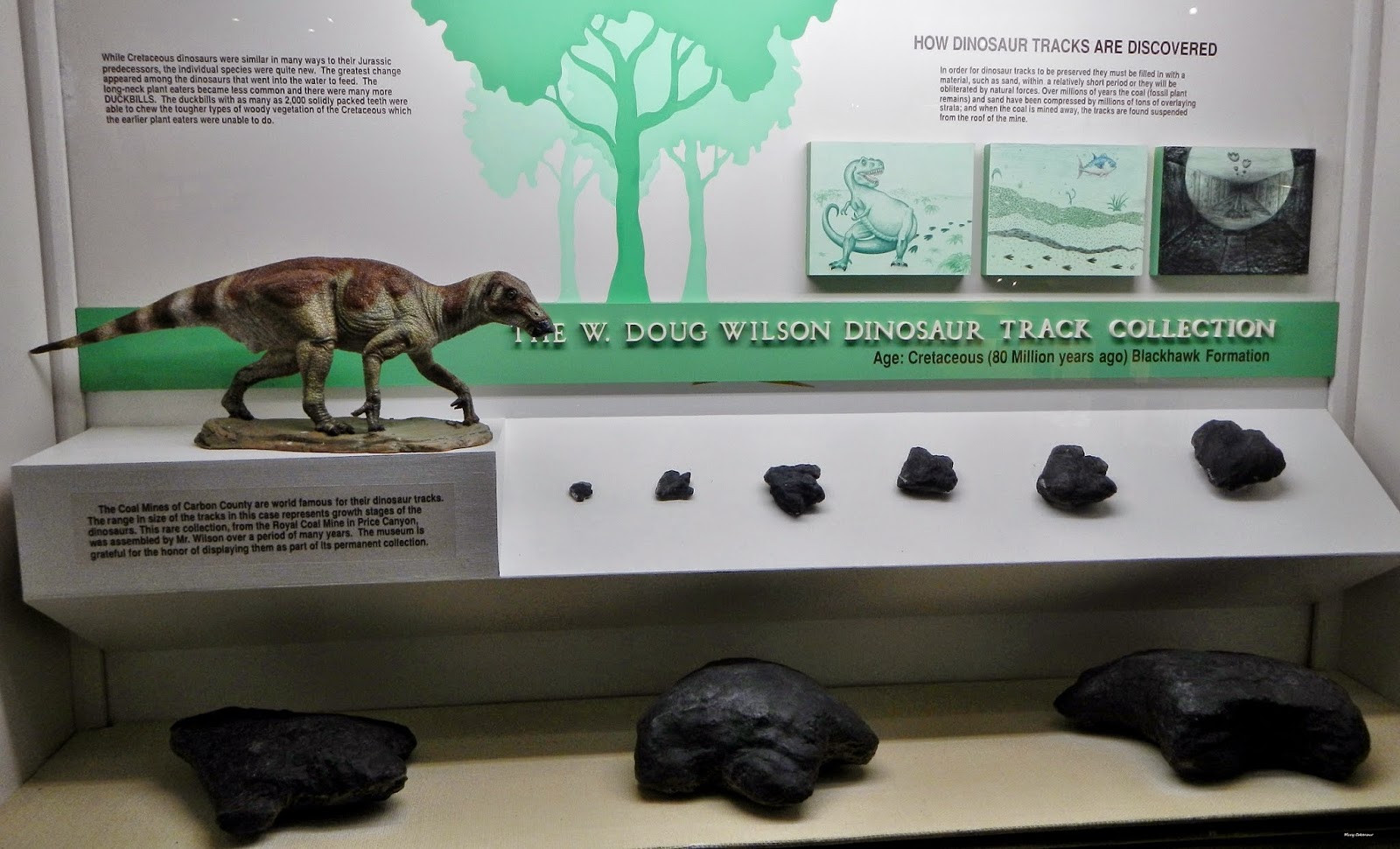 Make sure to see every one of the displays on Dino Tracks, Fossils and the rest of the Dinosaurs roaming around....well, who once roamed around this area of Utah.  True dino lovers will absolutely drool. 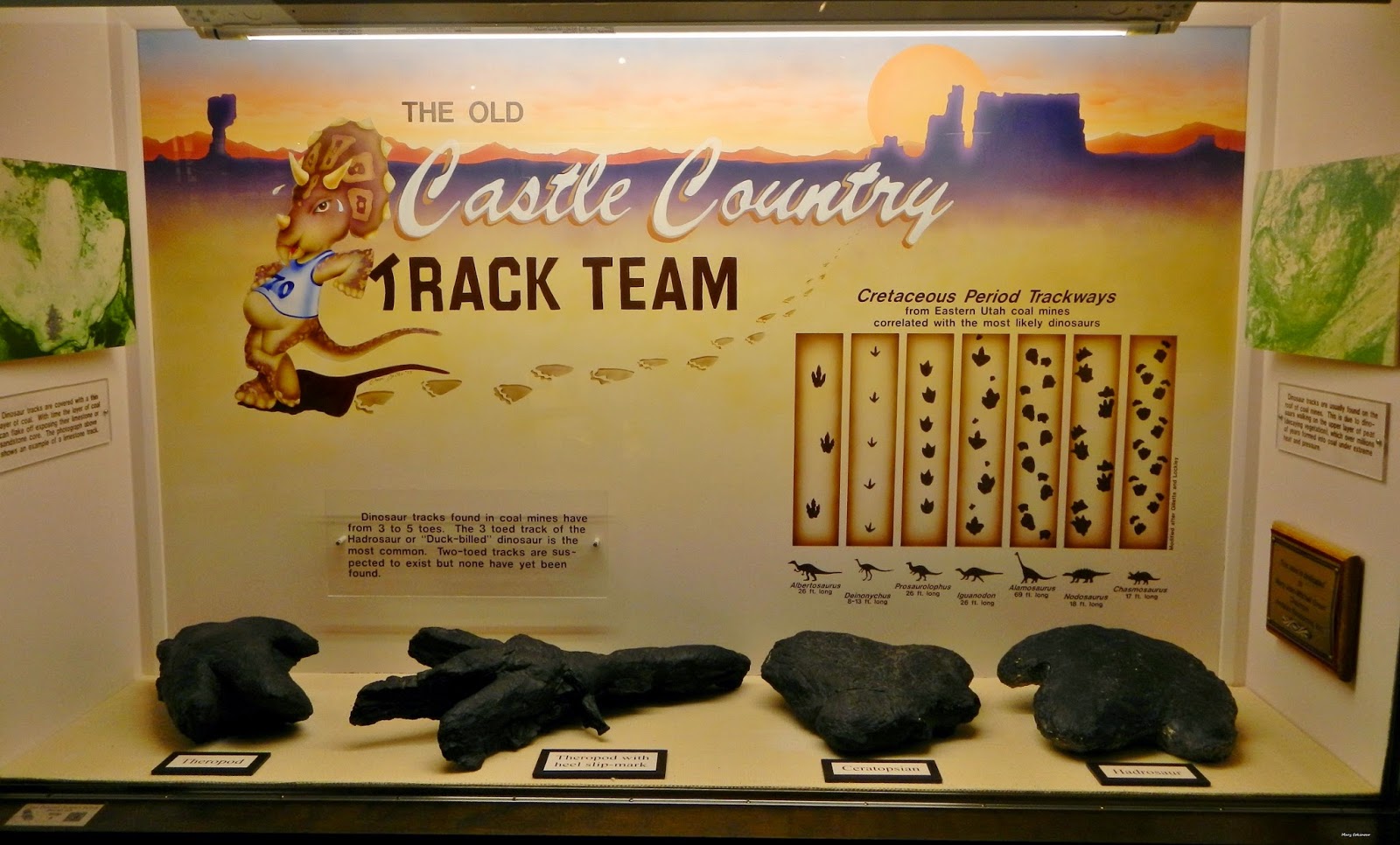 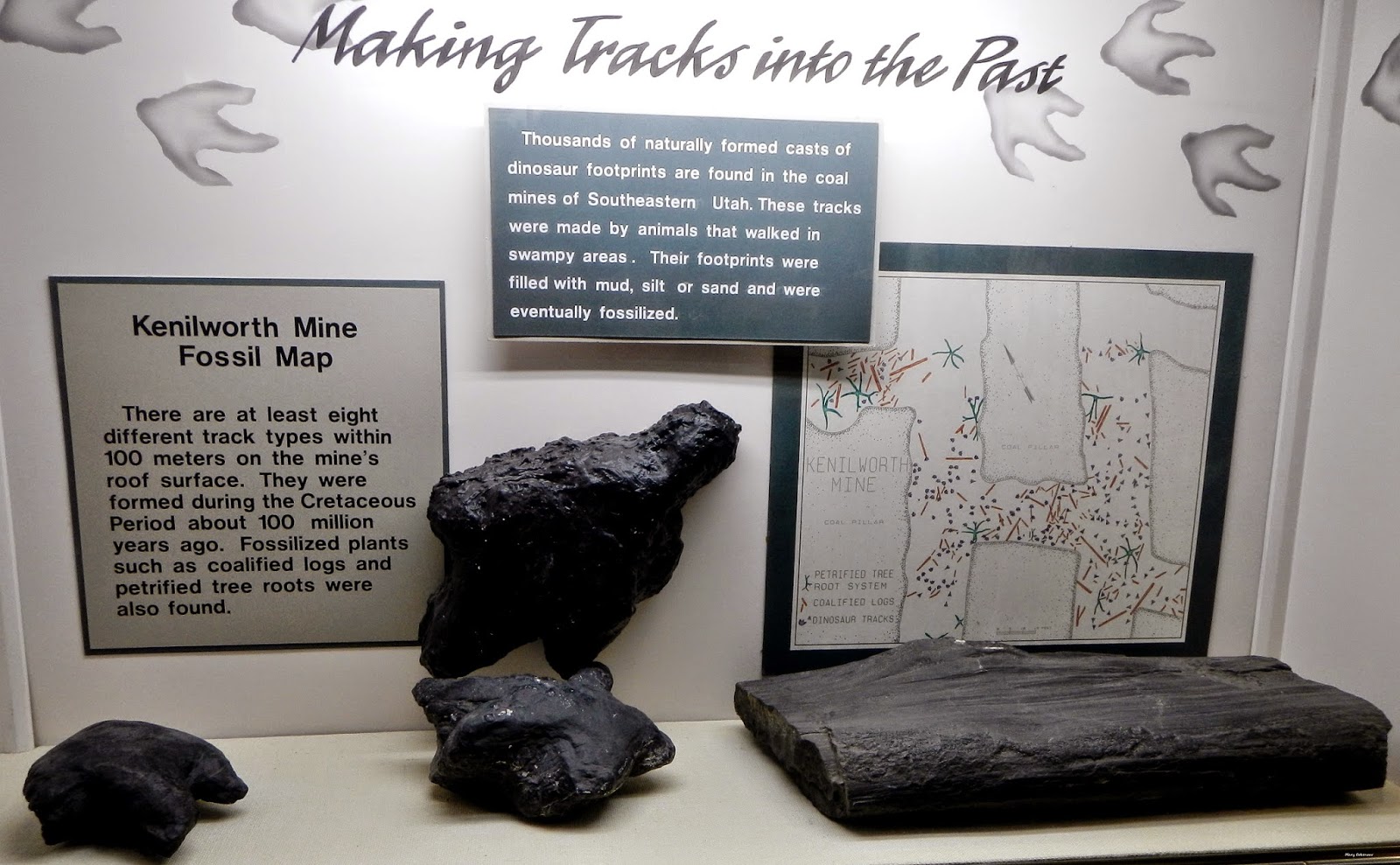 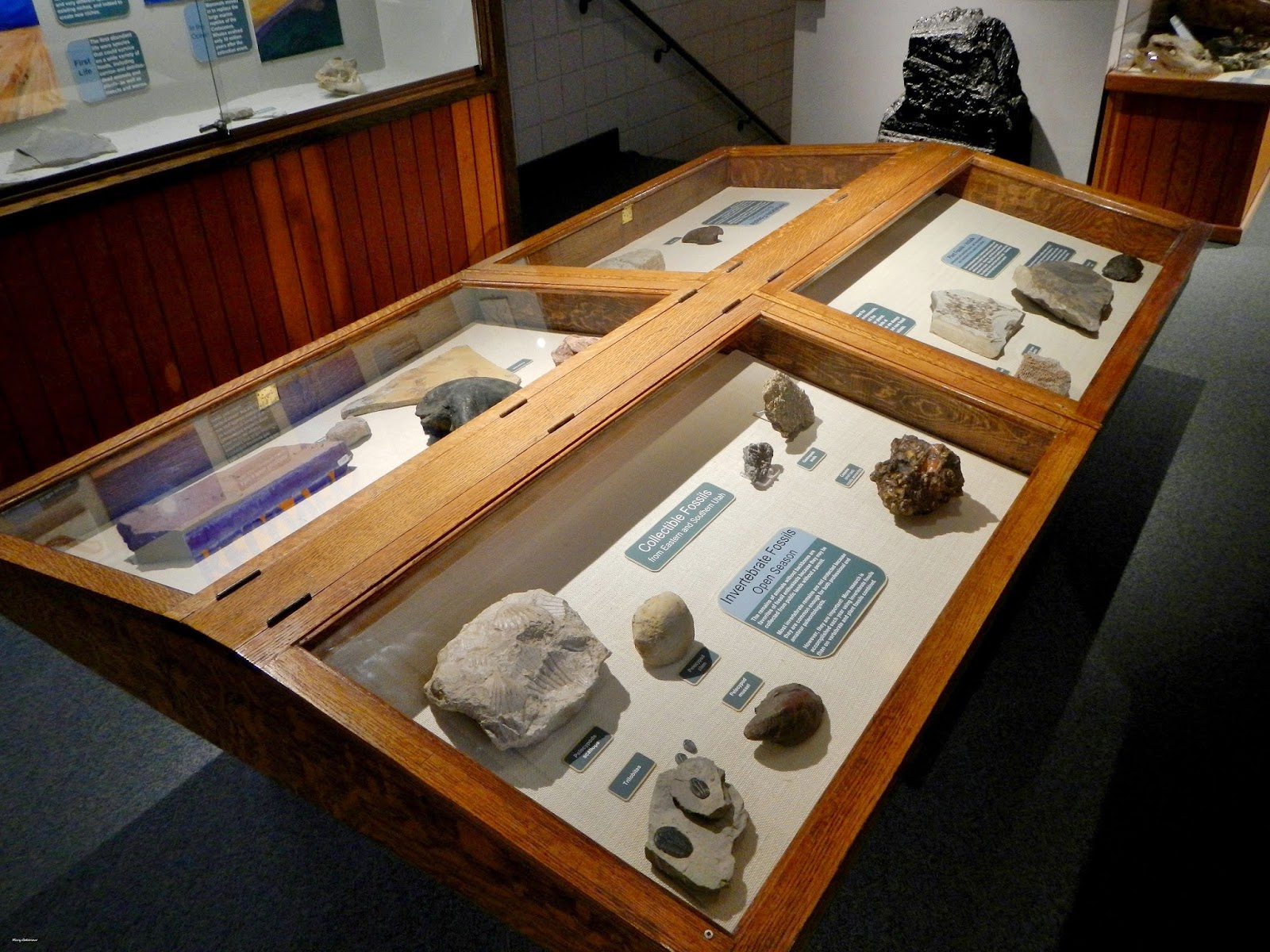 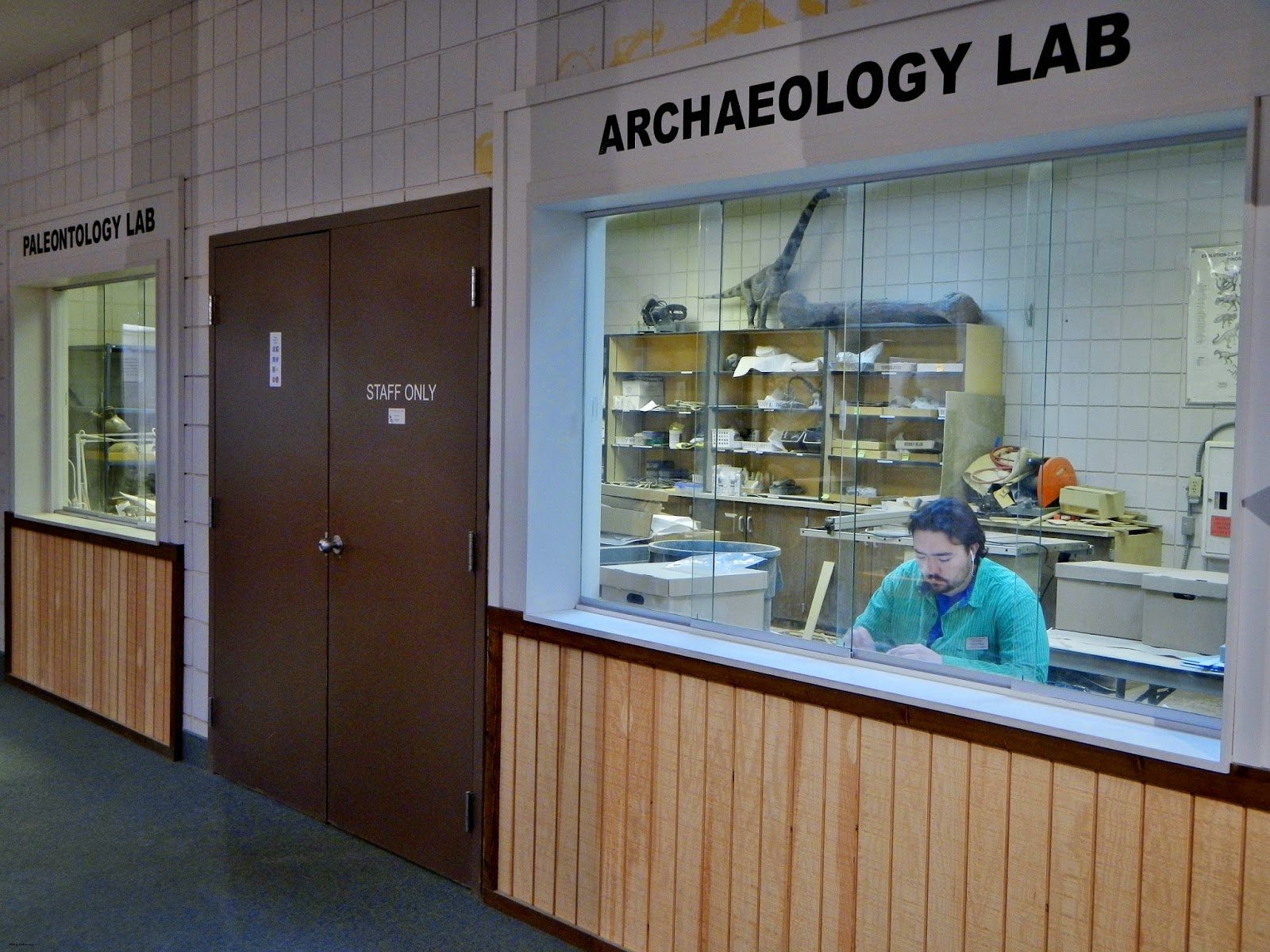 The Labs have viewing windows where you might see someone working on fossils or bones.  There is an "Era Chart" which shows you which dinosaurs roamed the Earth during which time period.  The raised diorama of the state of Utah is very detailed, and this one displayed at the museum was the last made. 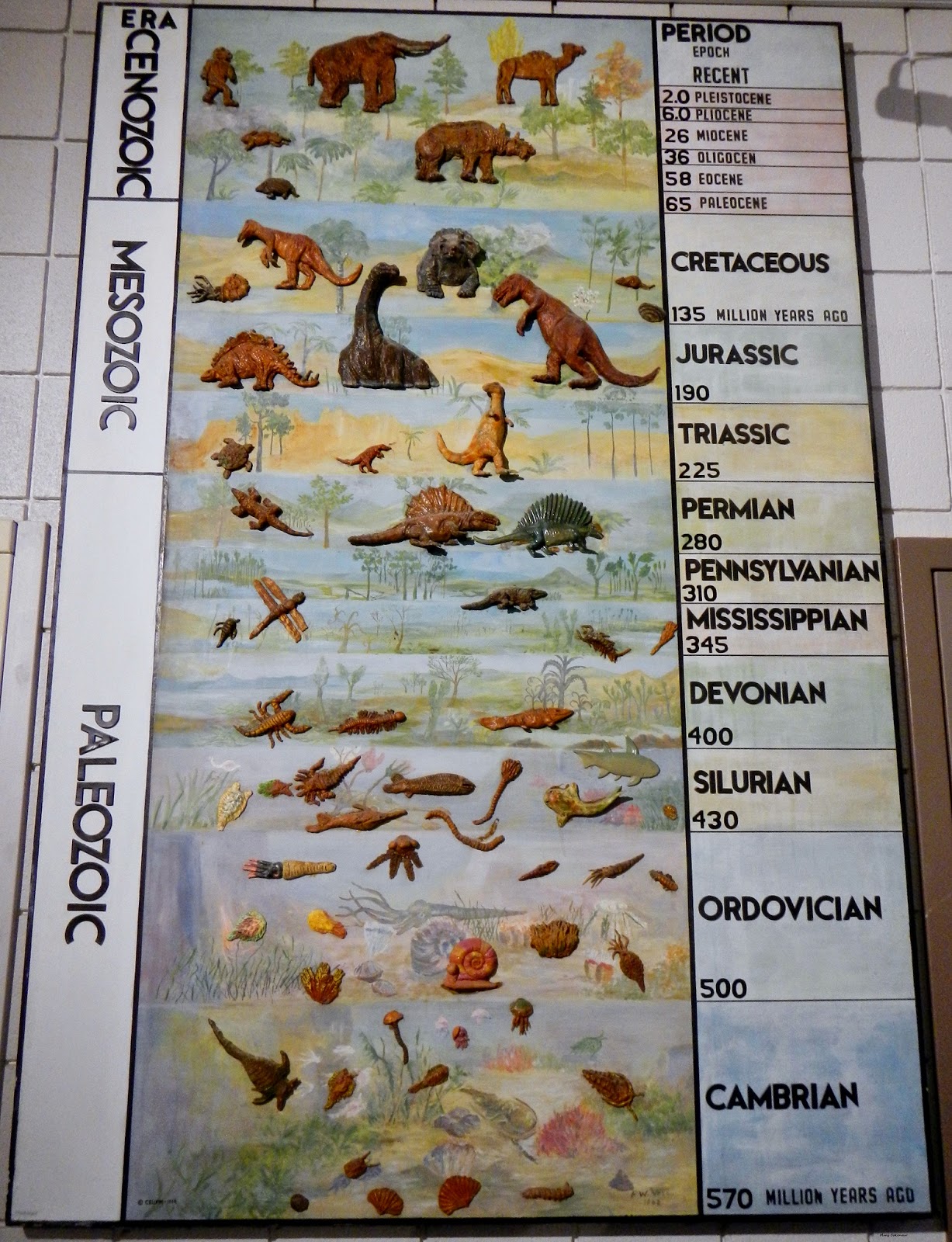 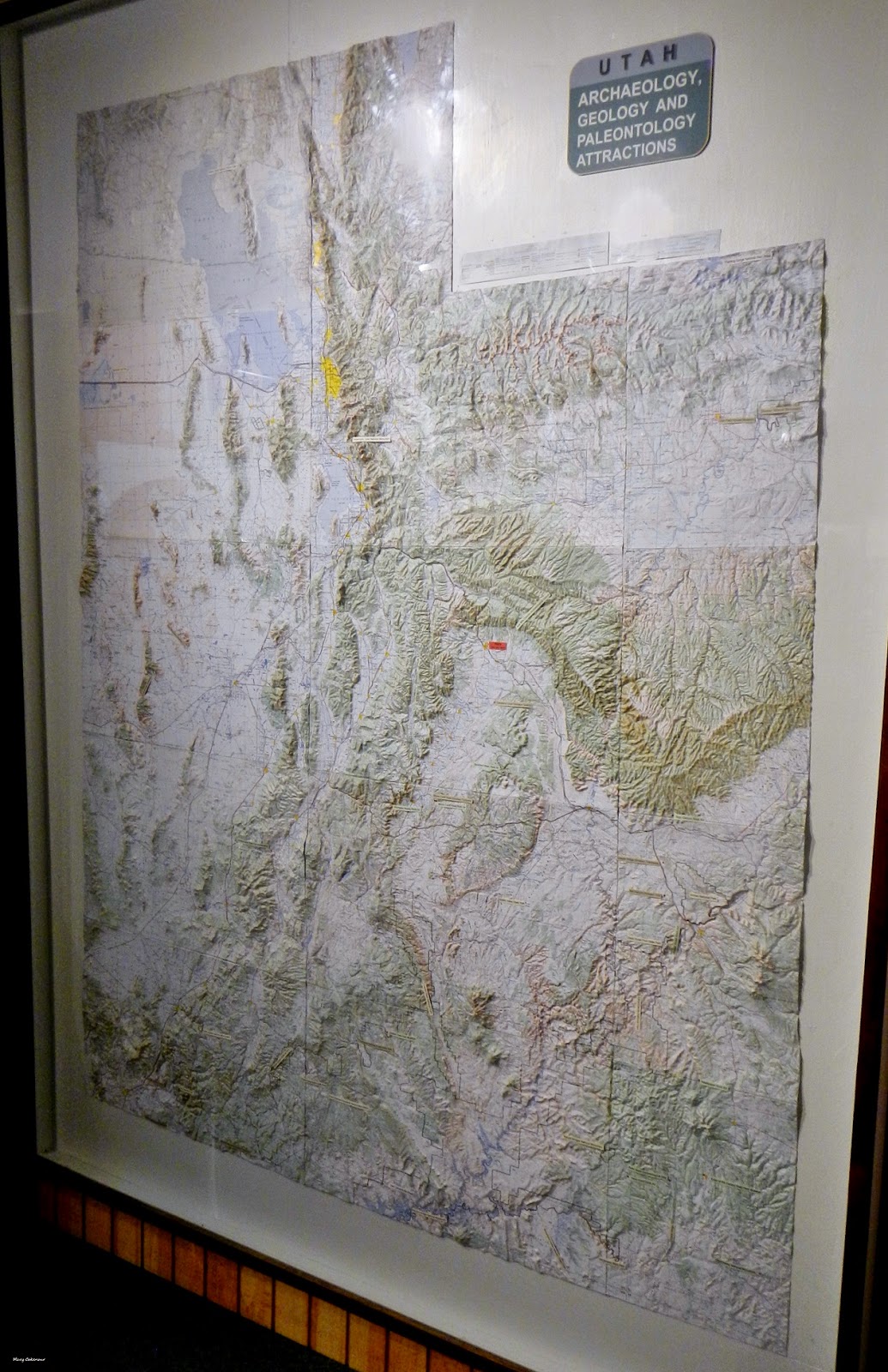 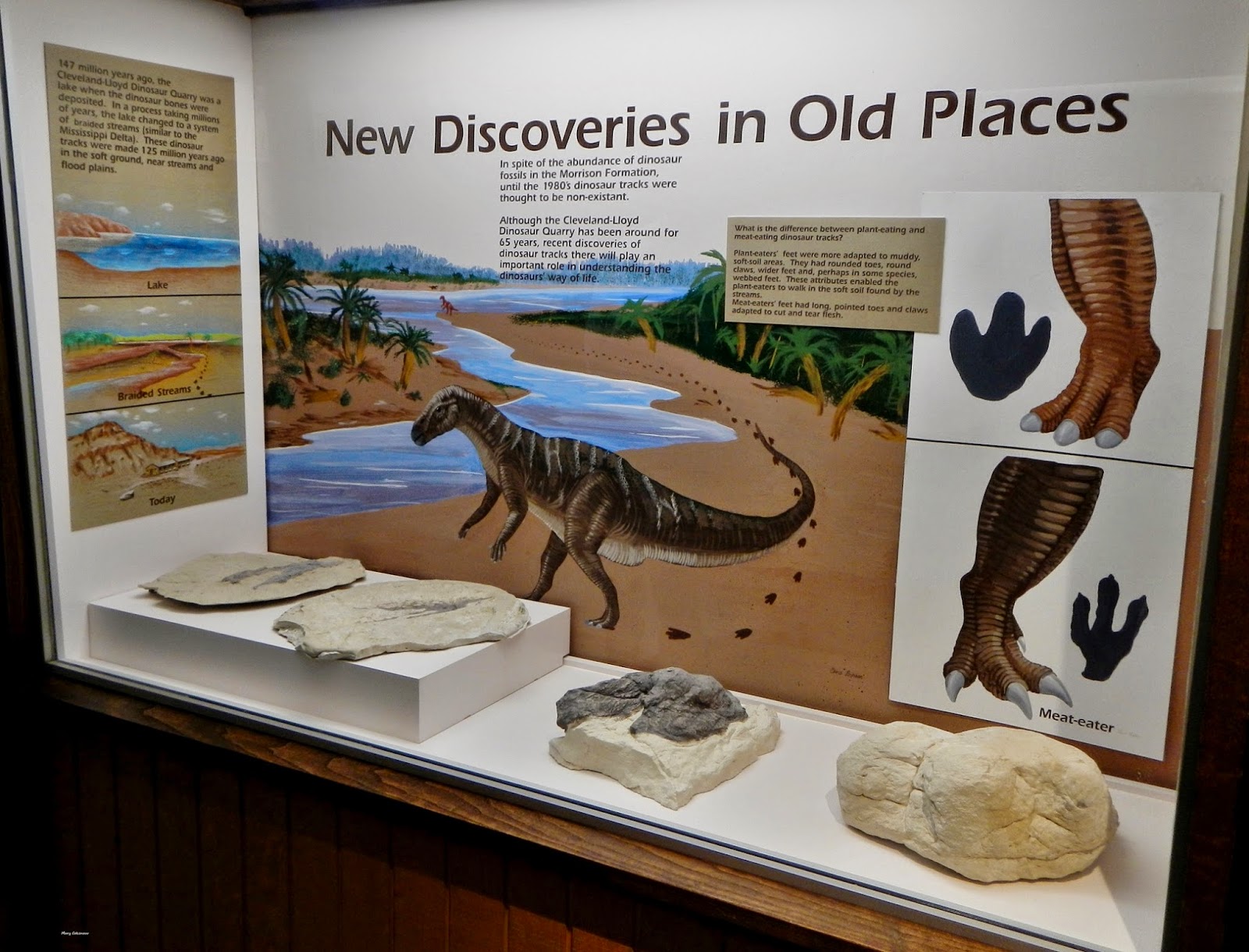 The Cleveland-Lloyd Dinosaur Quarry is featured in many displays; there is a complete display on the finding of  "Al" the Allosaurus. 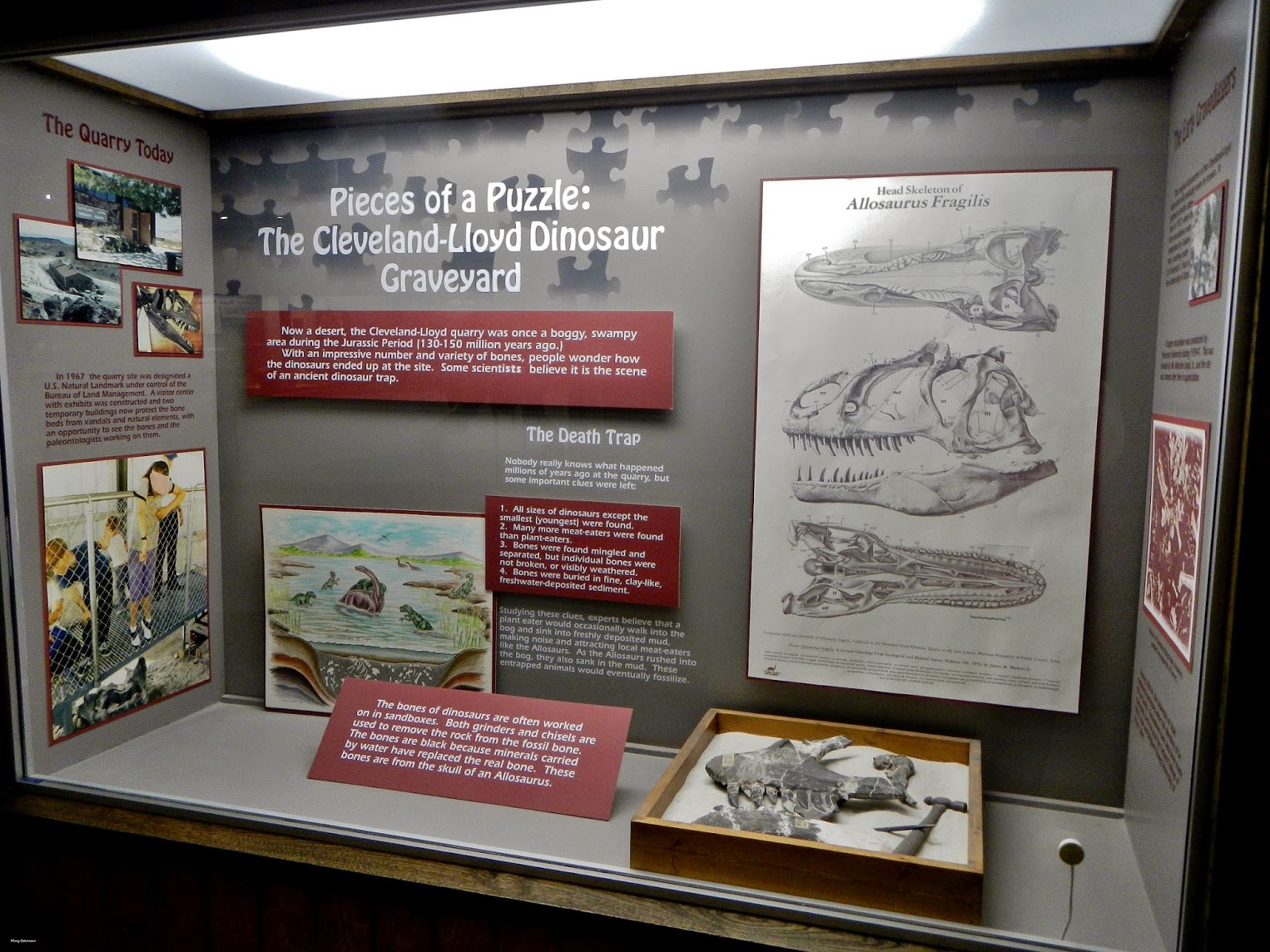 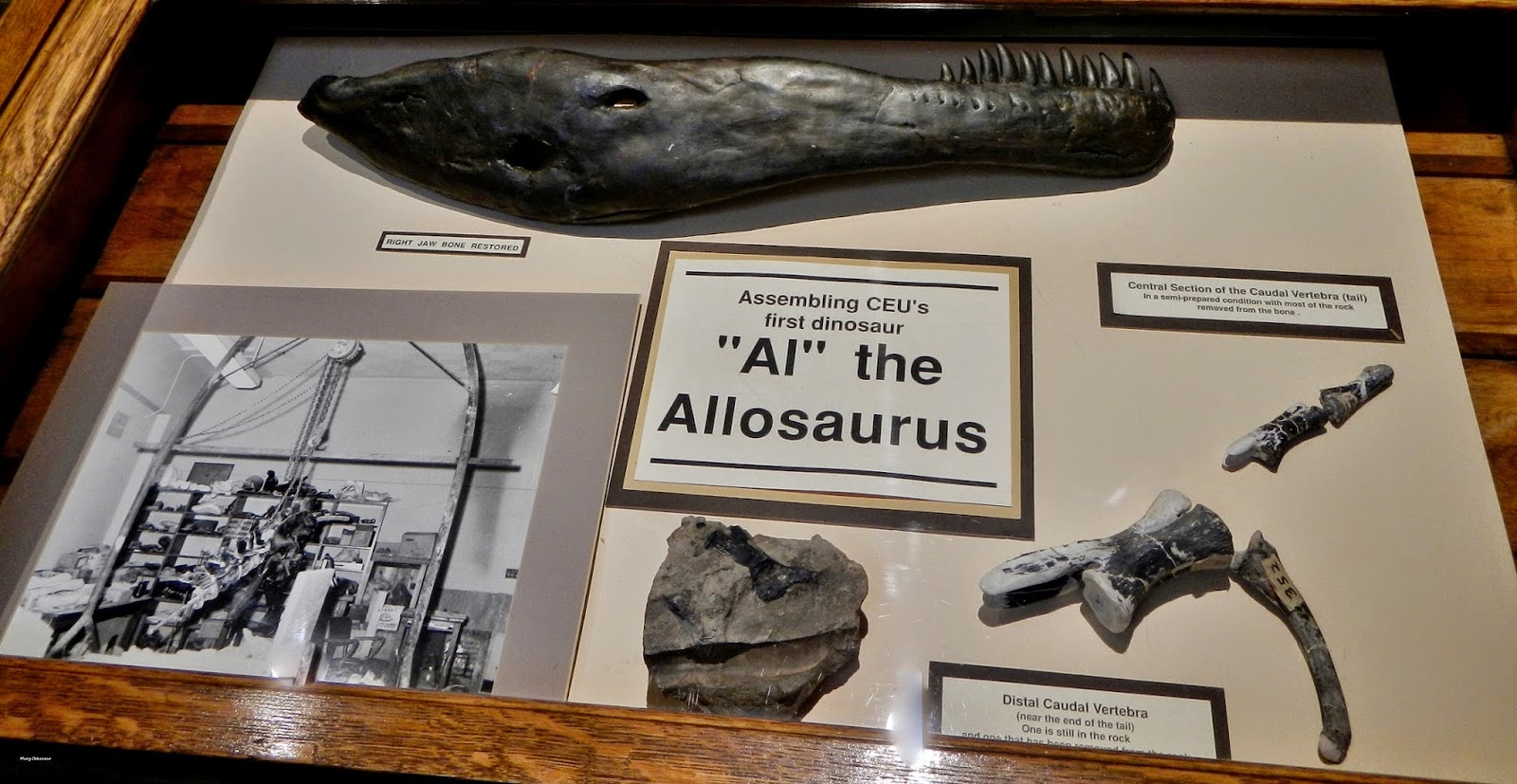 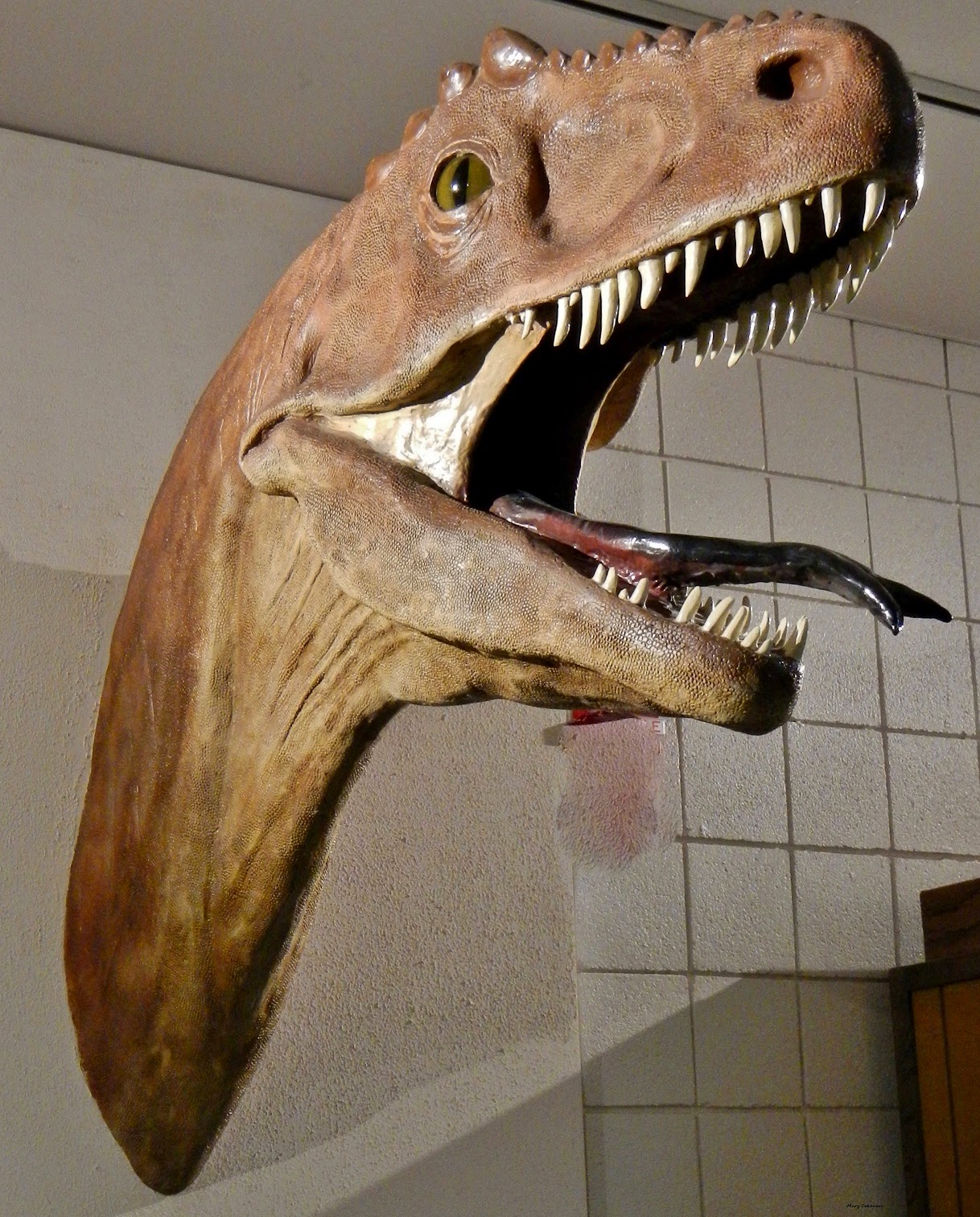 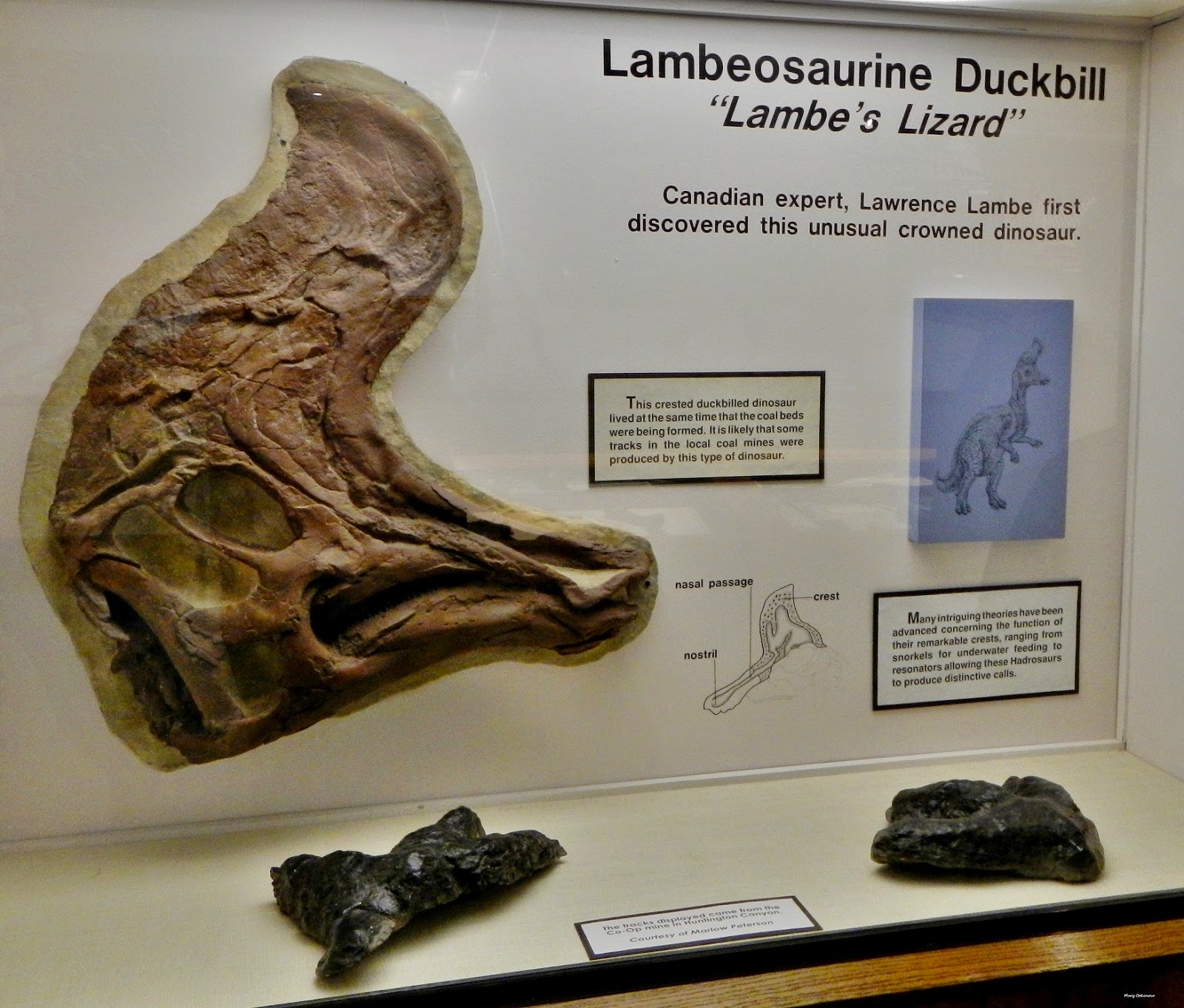 More displays about the development of life on this planet, and as tasty as that Giant Clam might look....yeah, not so much according to what Lloyd Logan told us about dino cuisine.  By the way, did I happen to mention that of all the dinosaurs, the Duck Billed is my favorite; not sure why, but there is something so appealing about them. 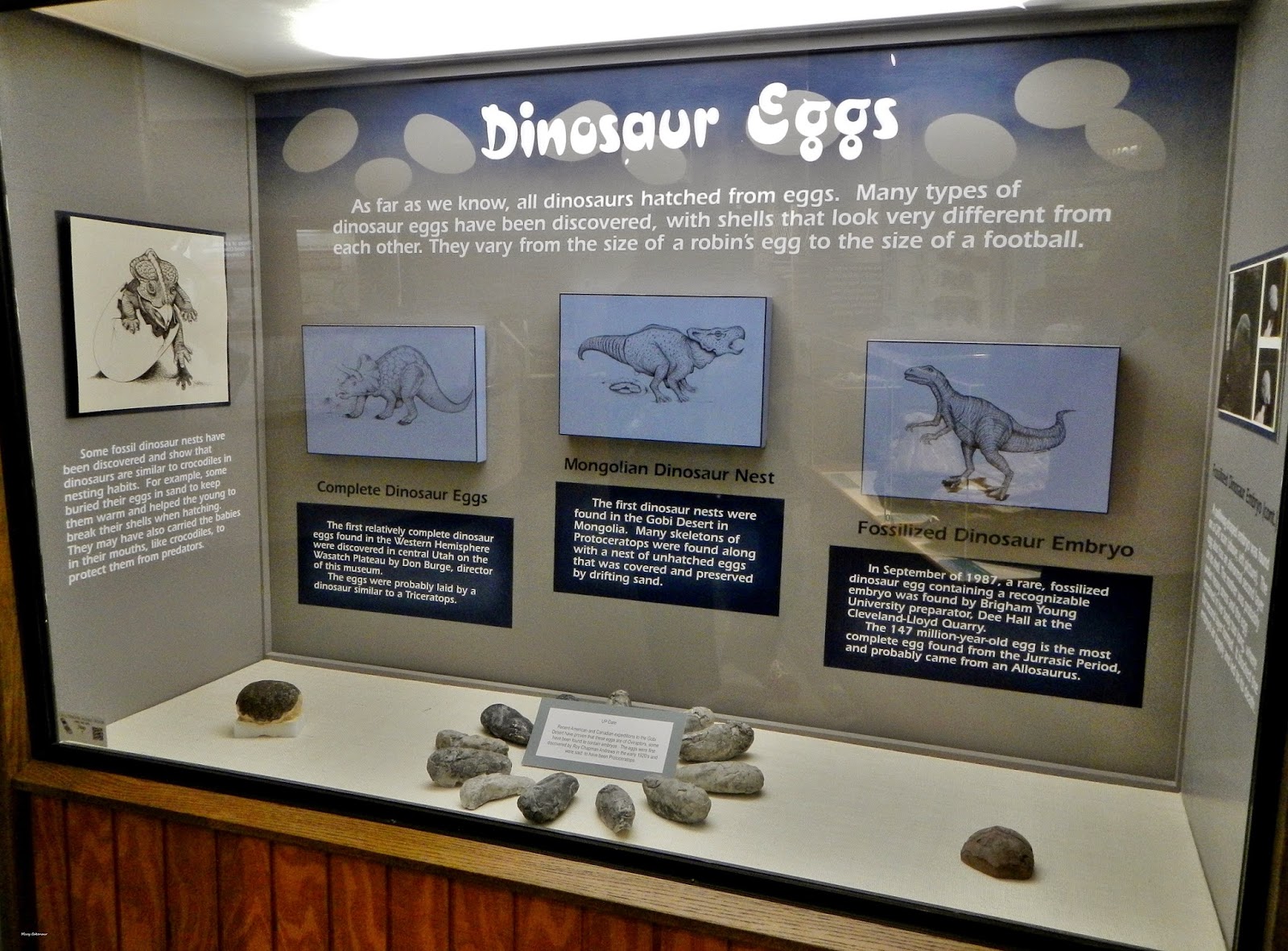 Fossilized dinosaur eggs, but don't be expecting a "Jurassic Park" anytime soon. With the single egg, the mom got so stressed out that another layer of shell was produced over the embryo. The poor little tyke inside didn't have a chance of breaking through. 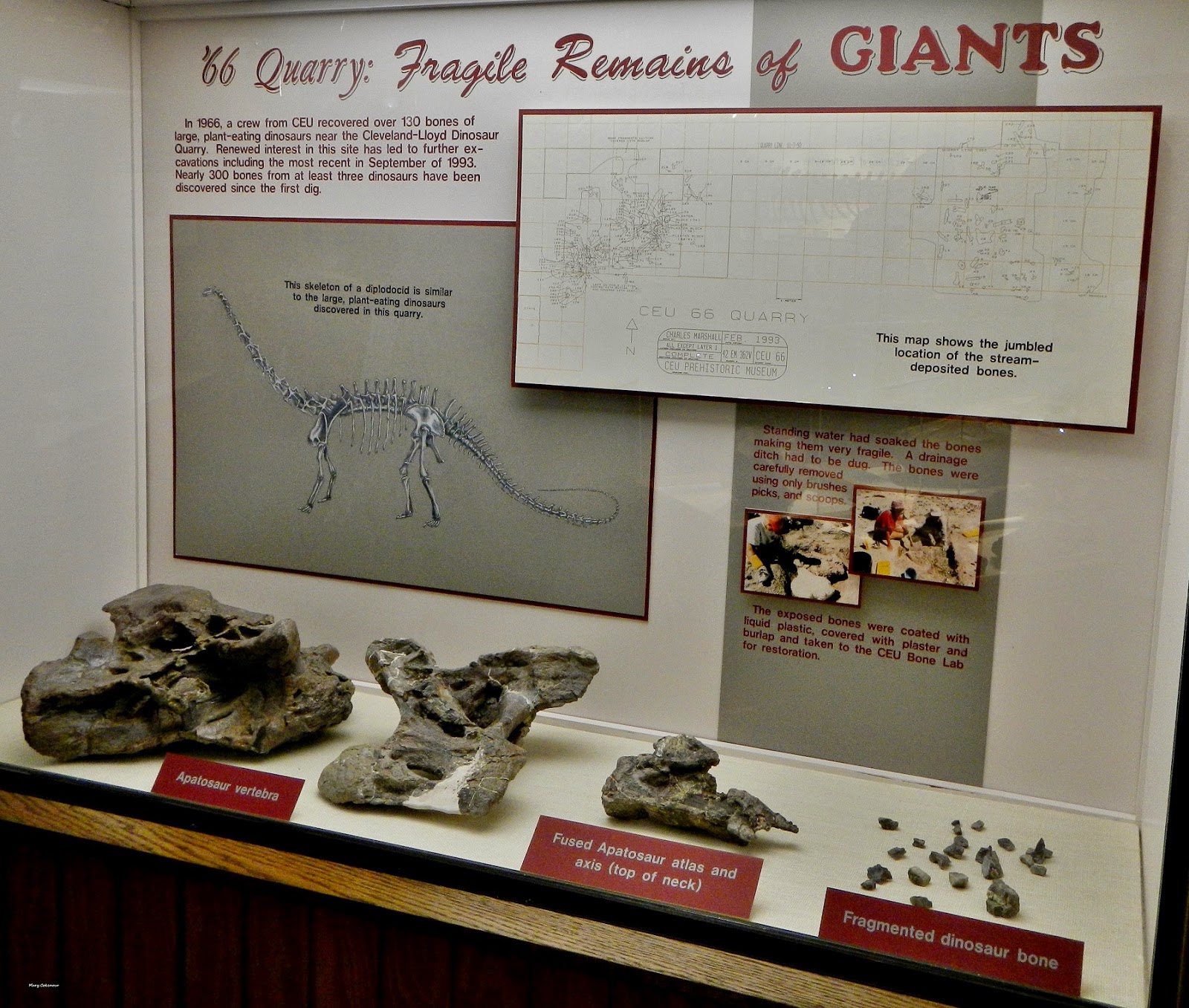 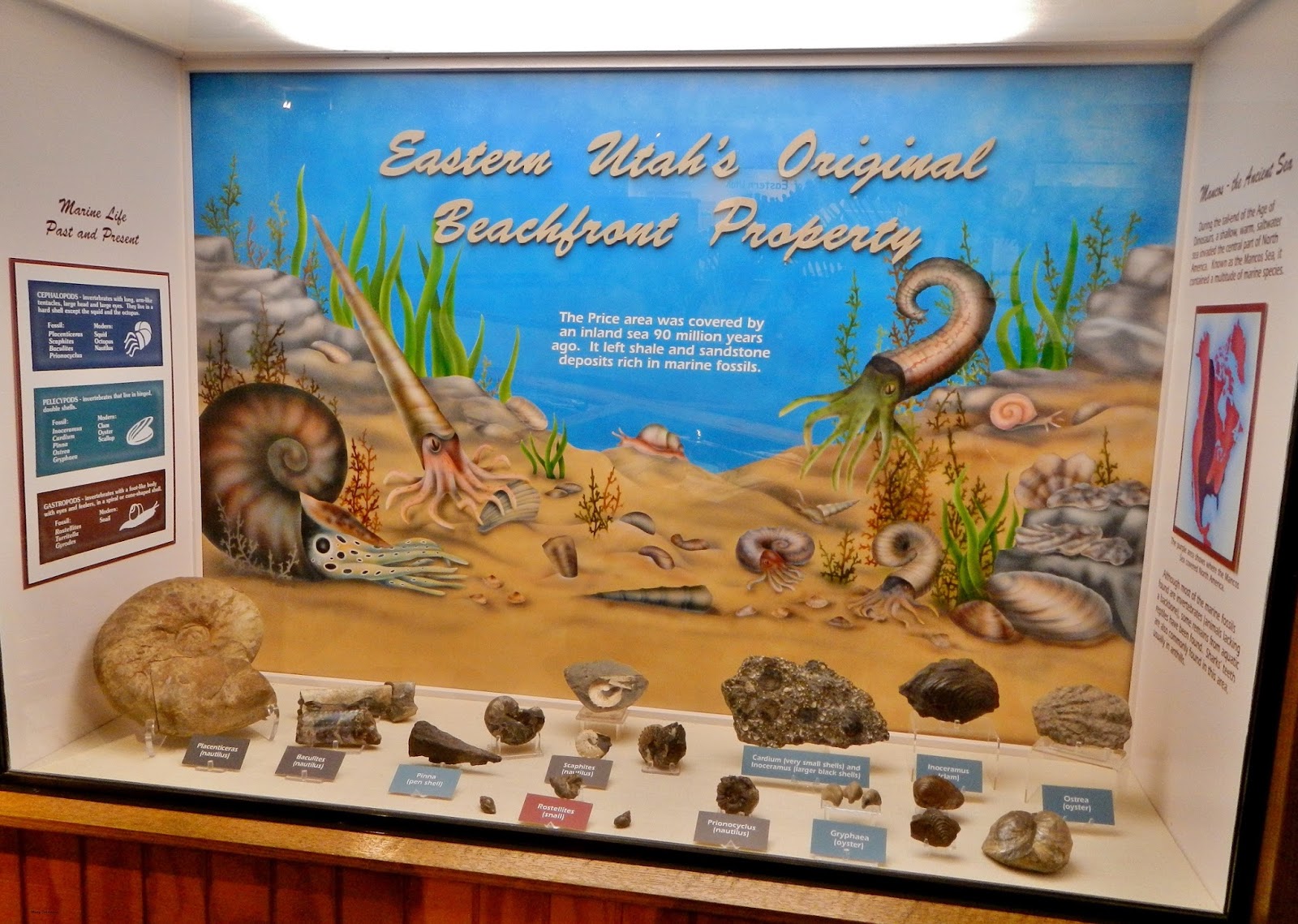 Before you leave, take a good look against the wall, the shadow of "Al" can be a great photo op., especially for the kids.....or grownups who enjoy having good times. 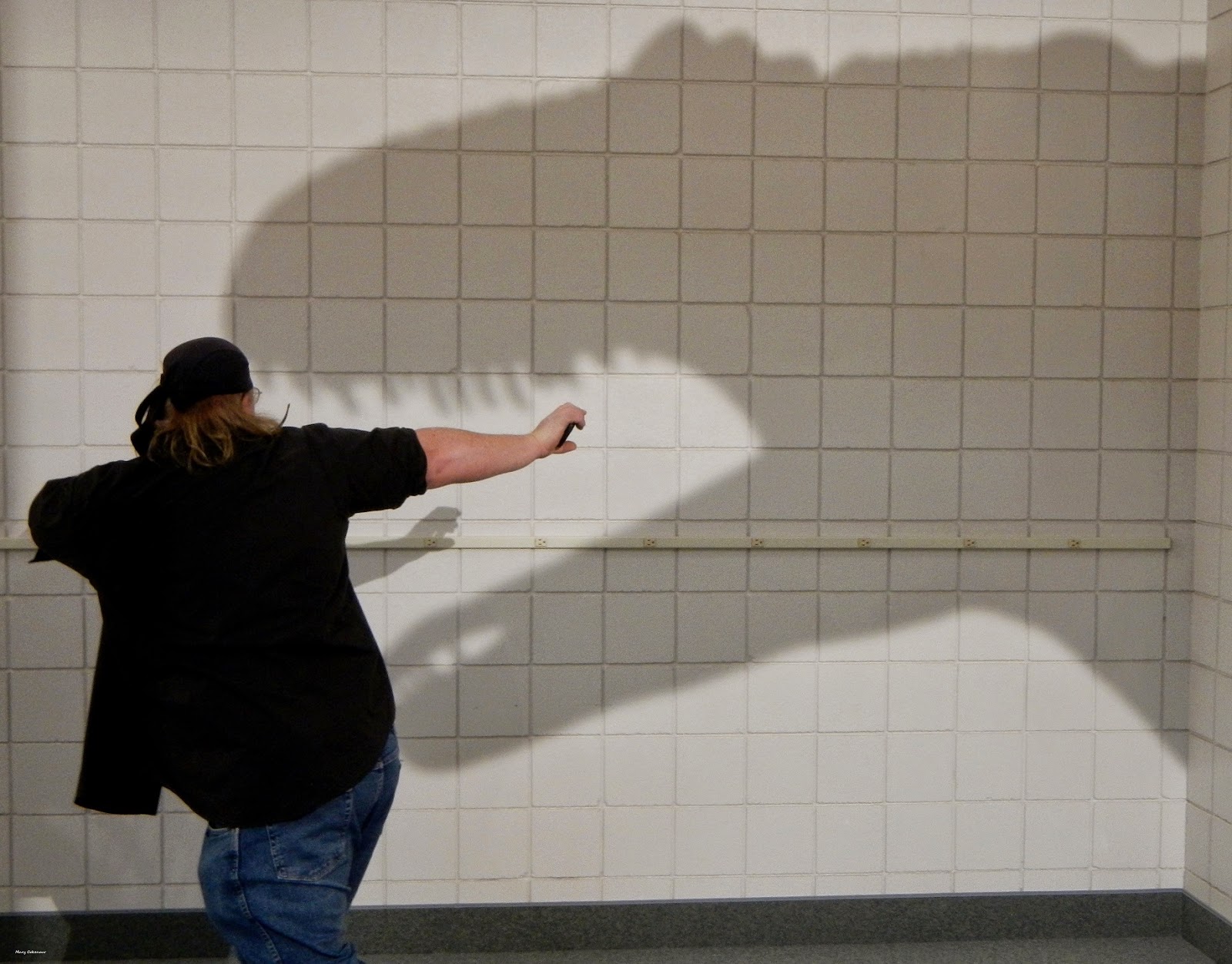 Once again, looking for a fun time among the dinosaurs, the Prehistoric Museum in Price, Utah is a do NOT miss adventure.

Mrs. Indiana Jones signing off....have to go rescue the husband from "Al" before he becomes a dino snack.