Discover the Prehistoric Museum in Price, Utah - Part One. 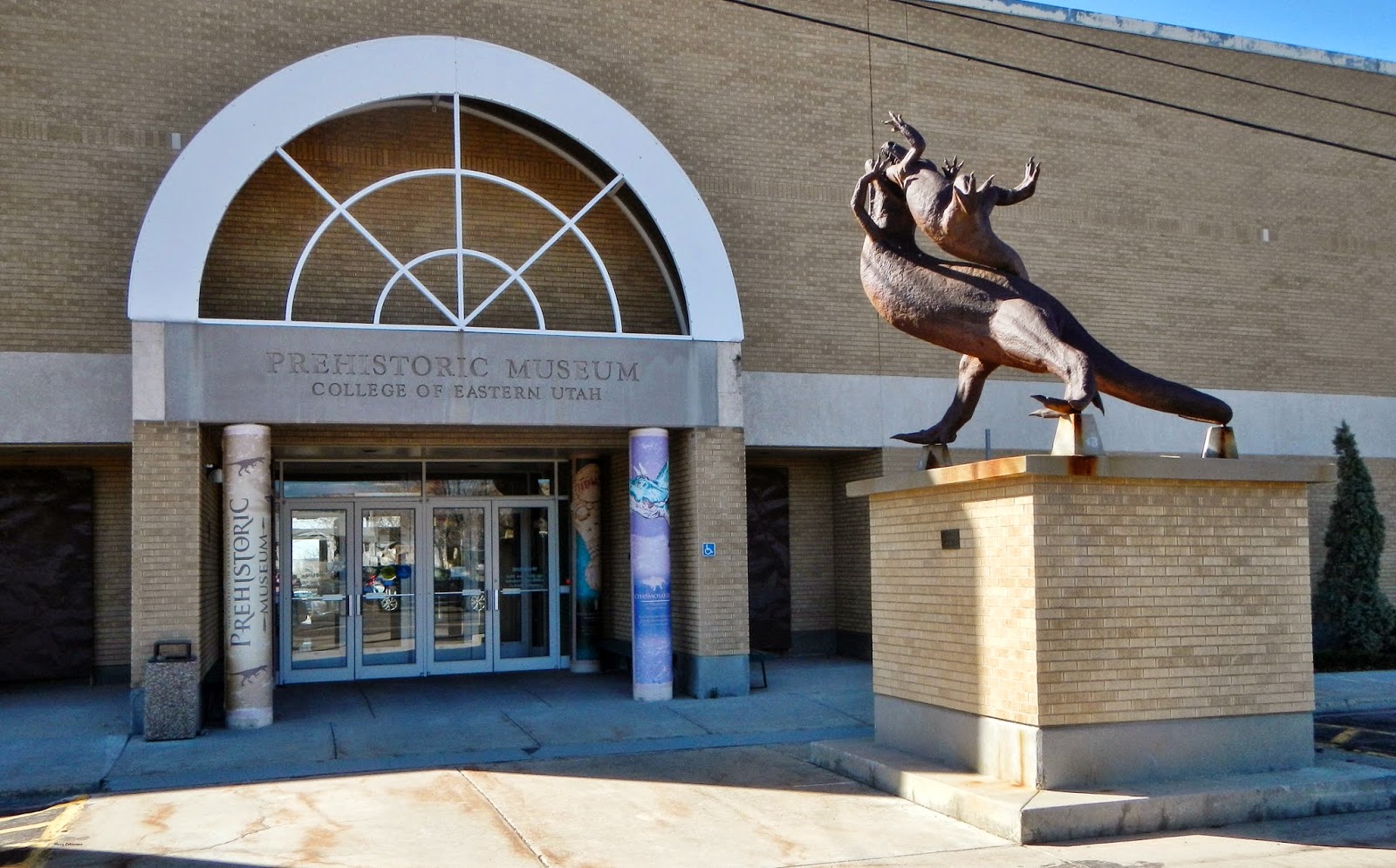 Do you like dinosaurs!  Do you like fossils?  Do you like exploring the cultures of pre-modern mankind!  Then do I have the place for you to visit when you're in Price, Utah...the Prehistoric Museum!  This museum brings out, not just the wondrous child, but the "Indiana Jones", in all of us. 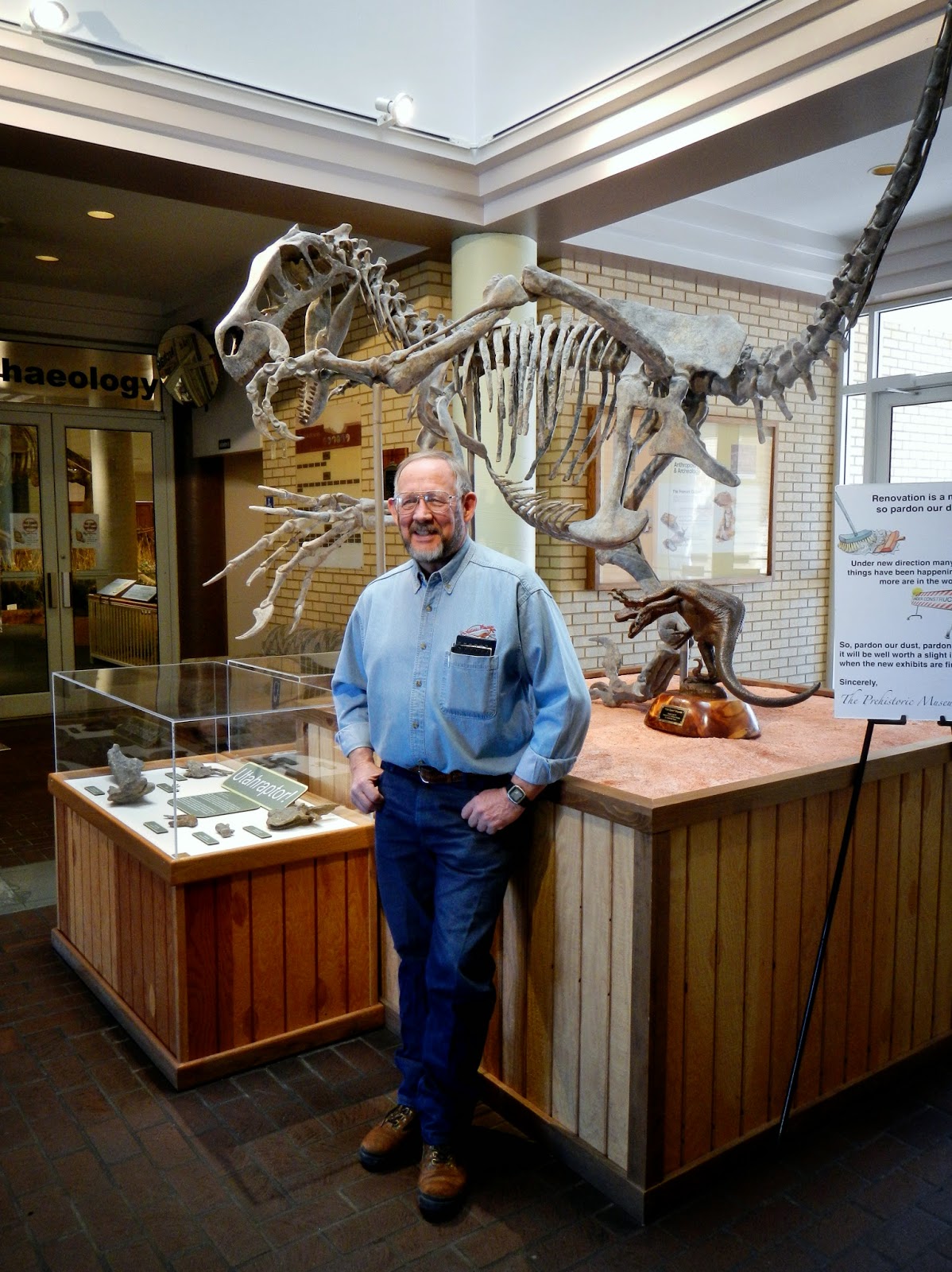 Even though the main address is for East Main Street; parking is actually around the corner and you cannot miss the bronze statues outside.  Once you enter, you can pay your fee at the counter which also encompasses the gift shop (so much awesome stuff to buy!).  Oh, and don't forget to say "hi" to the official greeter, the Utah Raptor.  We were very lucky to be given a private tour by Lloyd Logan, Director of Education and Exhibits at the museum; he has a long list of credentials and gave us a great tour.  Talk about knowledge! 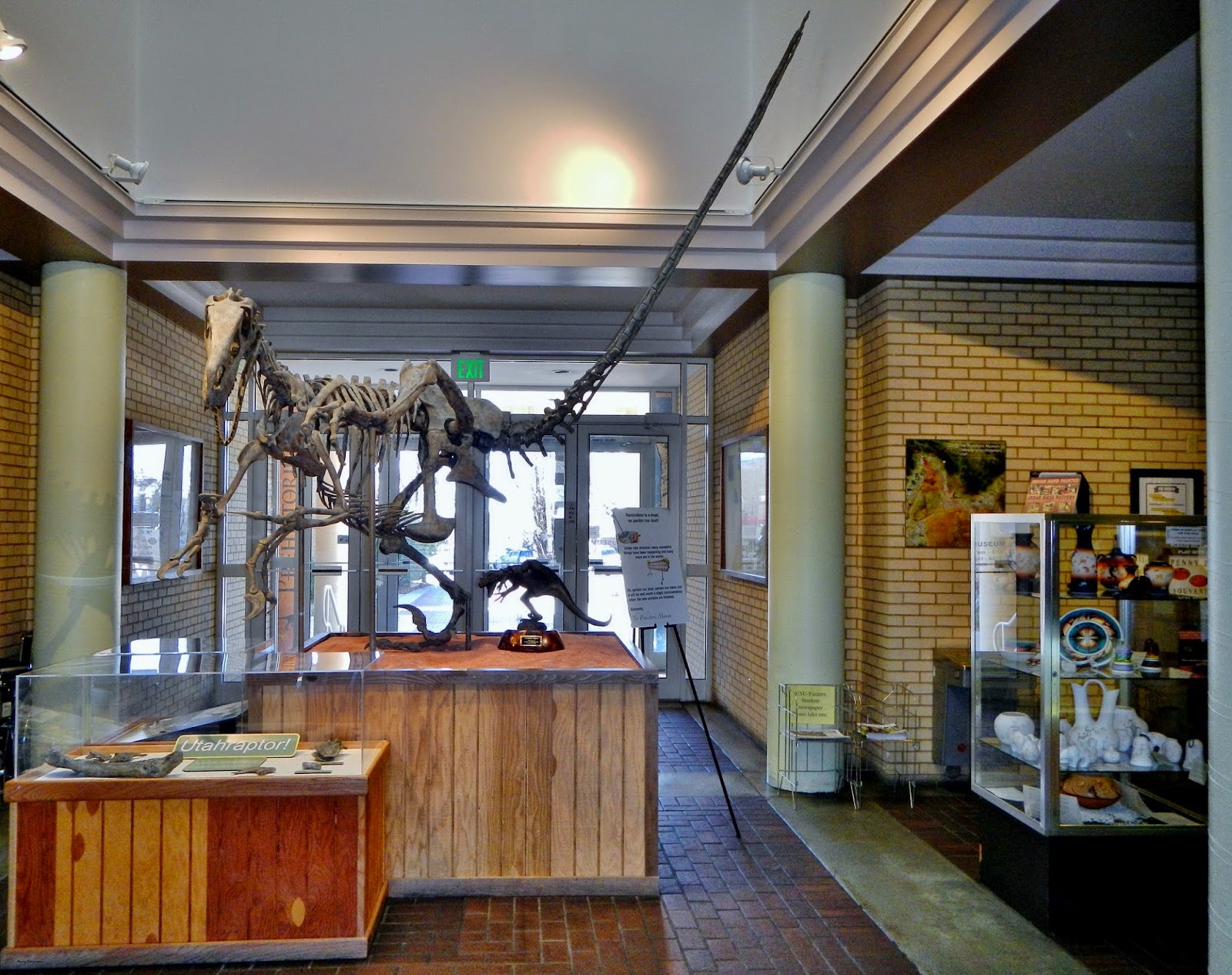 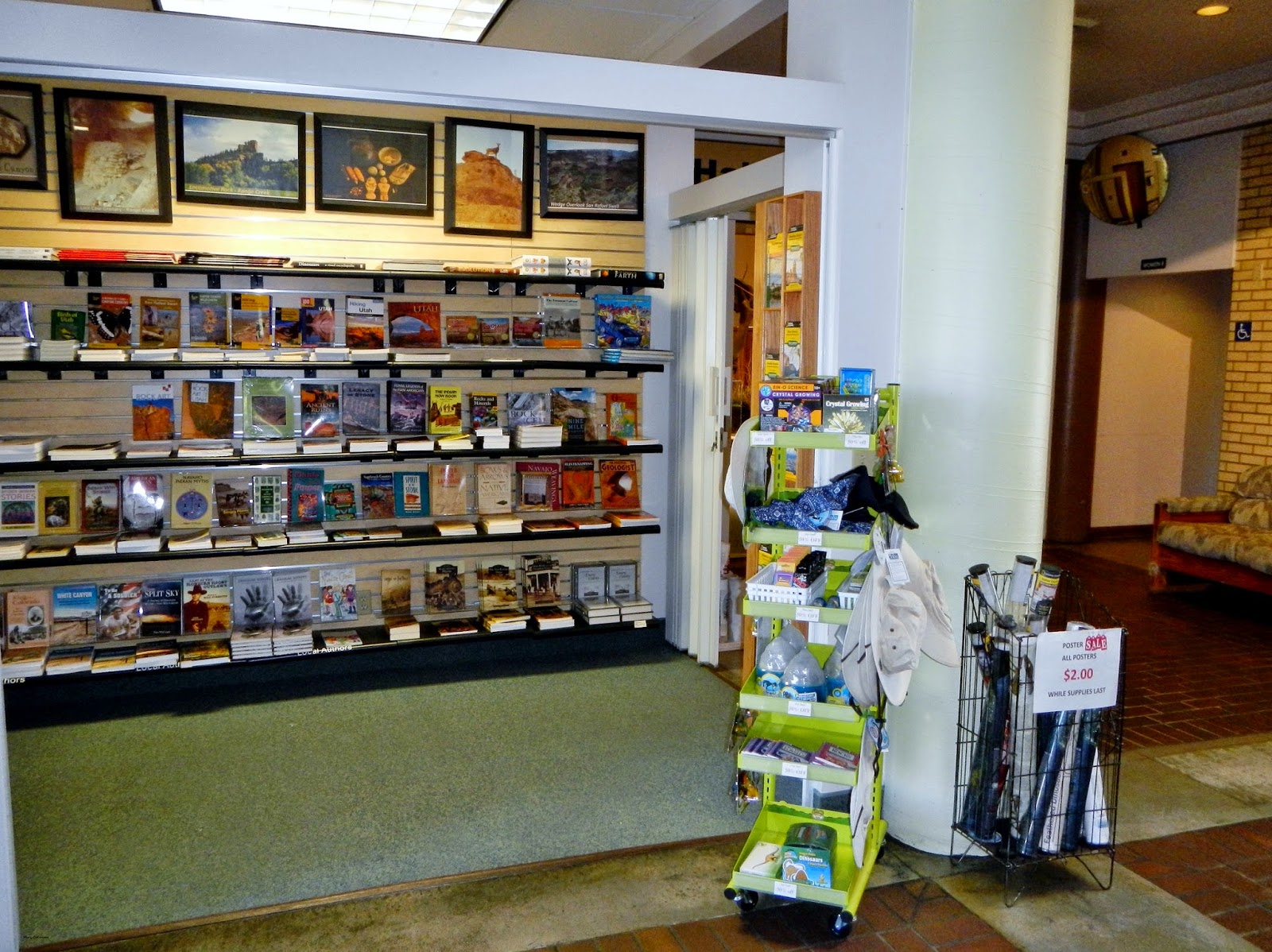 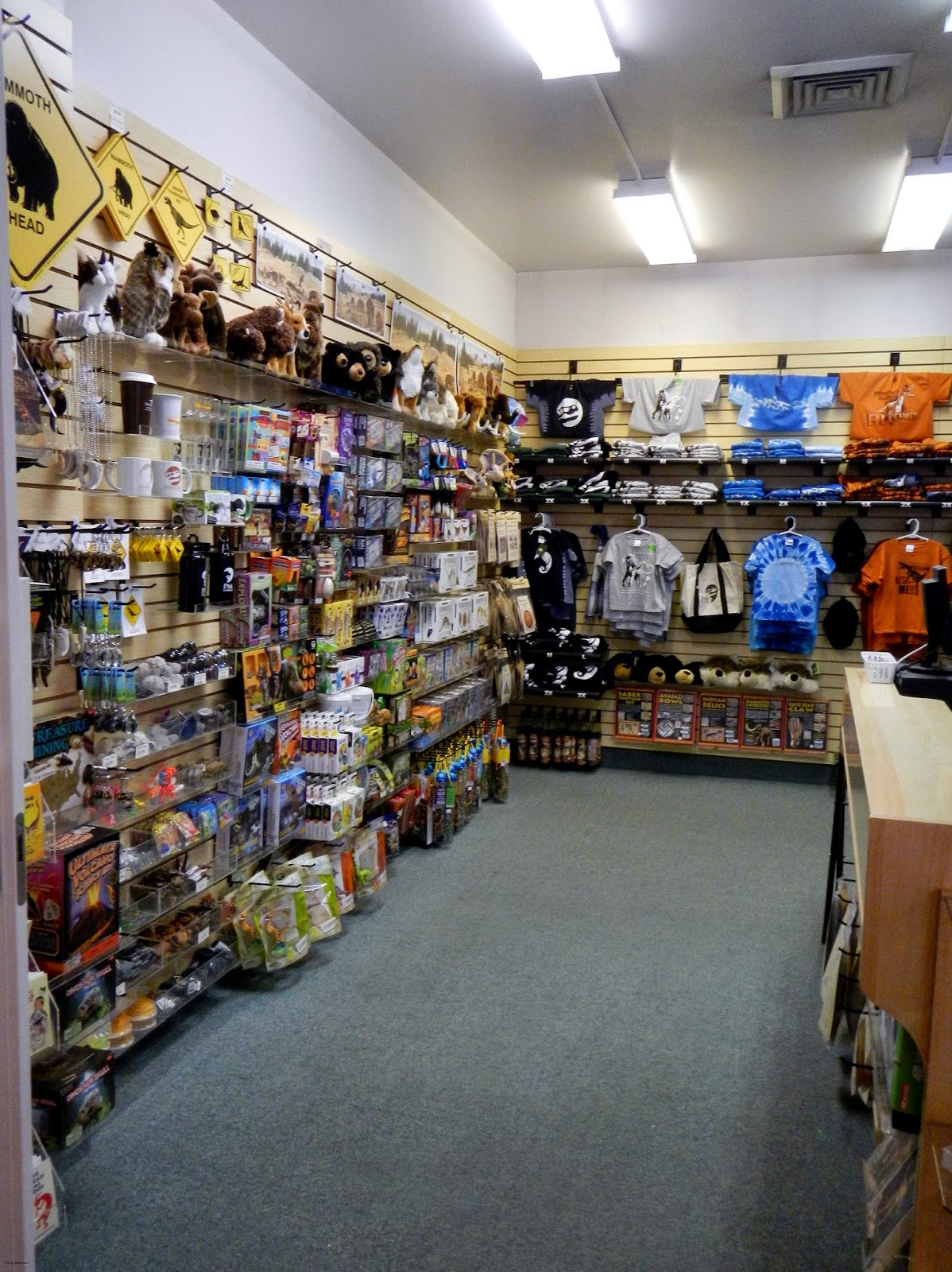 By the way, did you know that evidence was found that proved that raptors were feathered creatures? 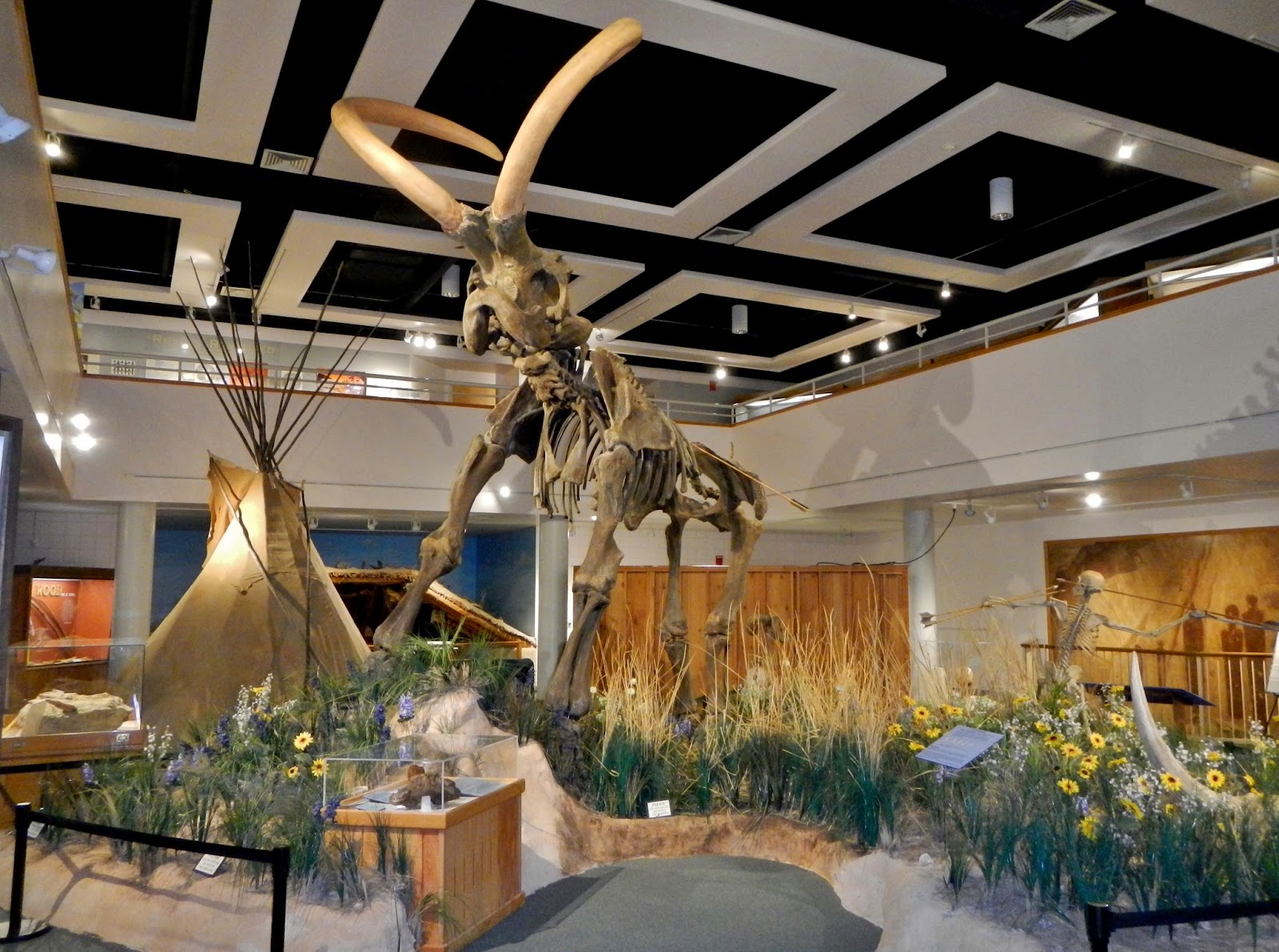 The last time we had been to this museum was, I believe, 2009, and the Columbian Mammoth exhibit was just being built.  What a thrill to go back, after so many years, and see it in its full glory.  There are also glass cases, around the room, holding all manner of archaeological information and finds. 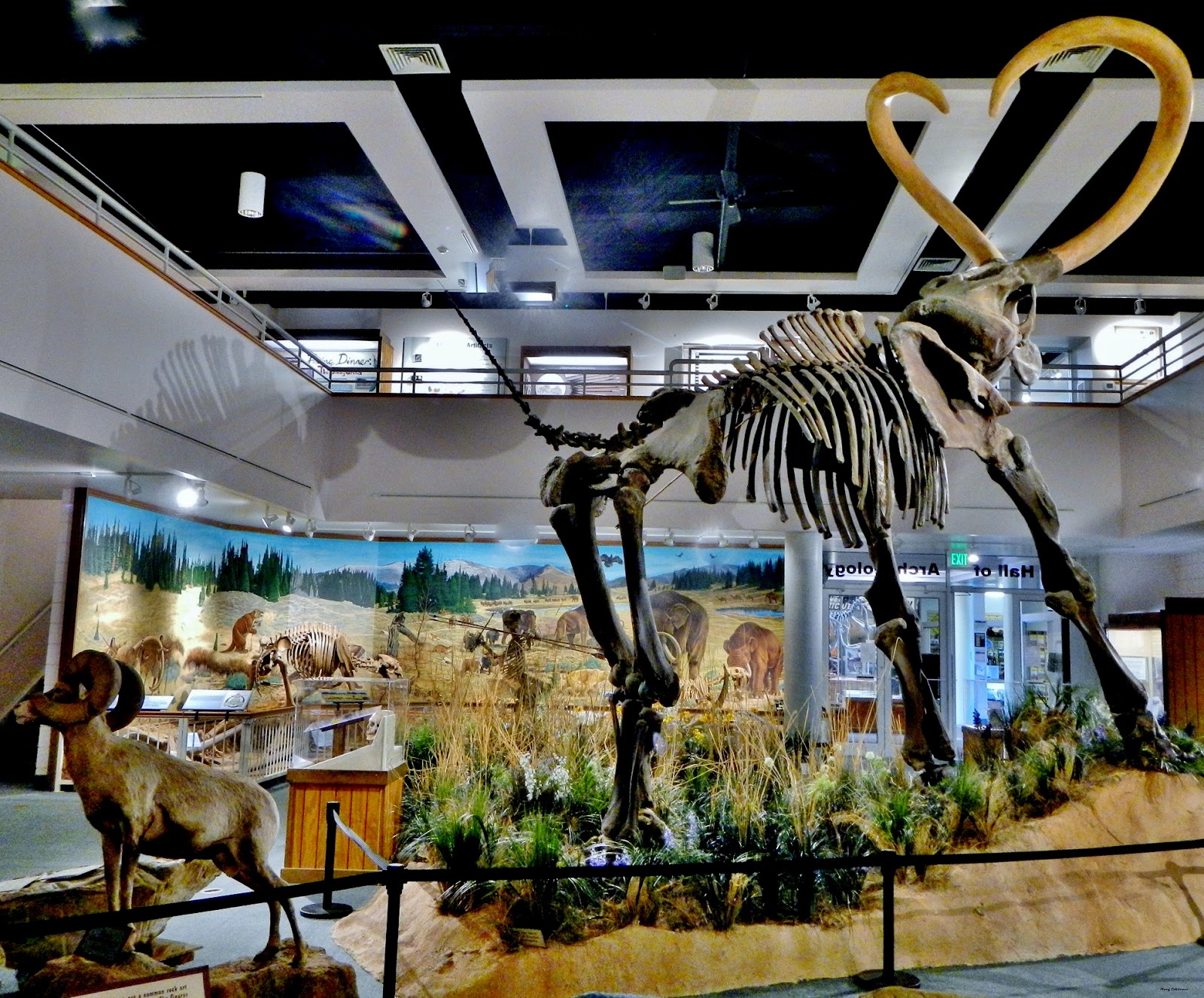 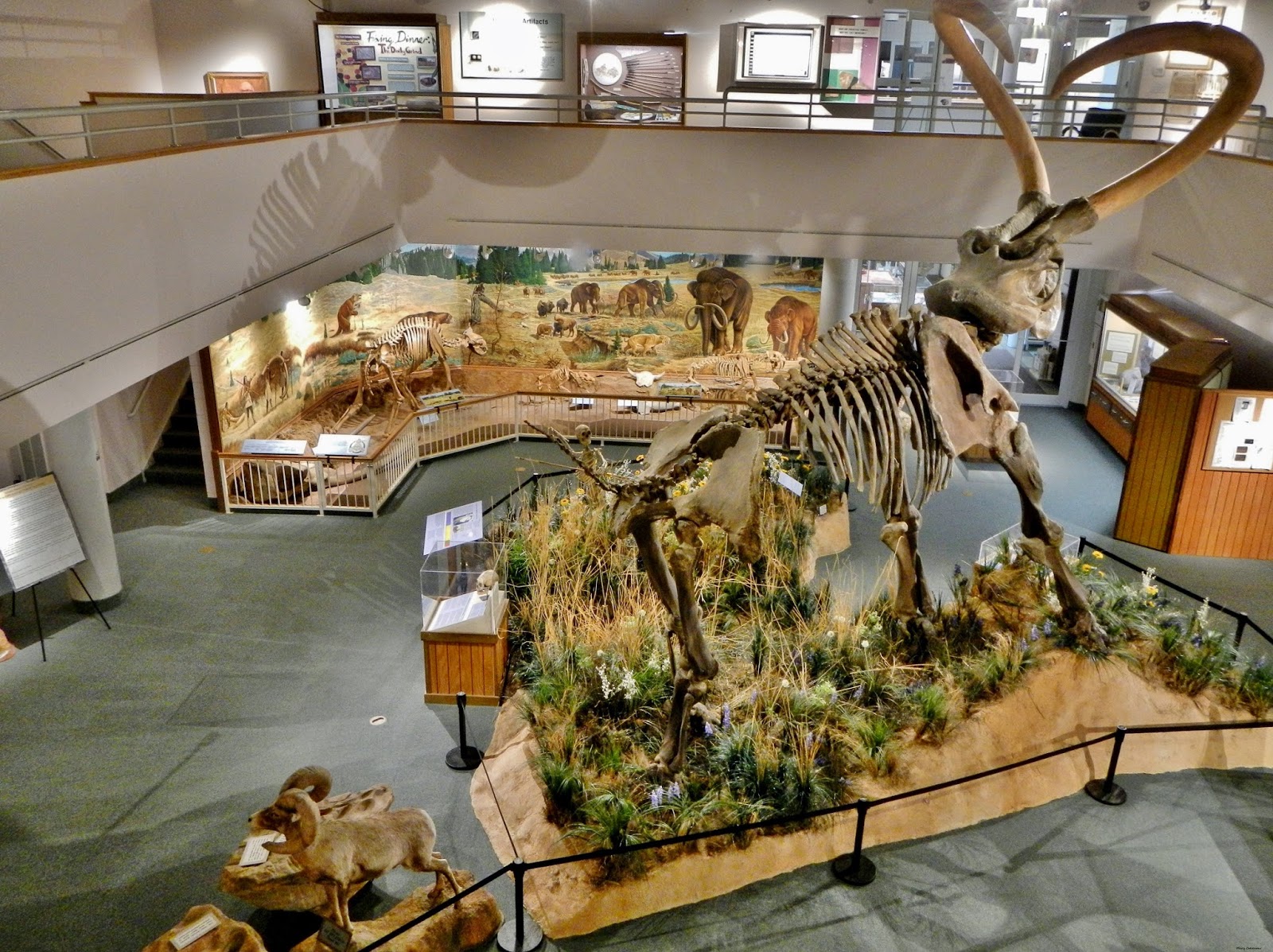 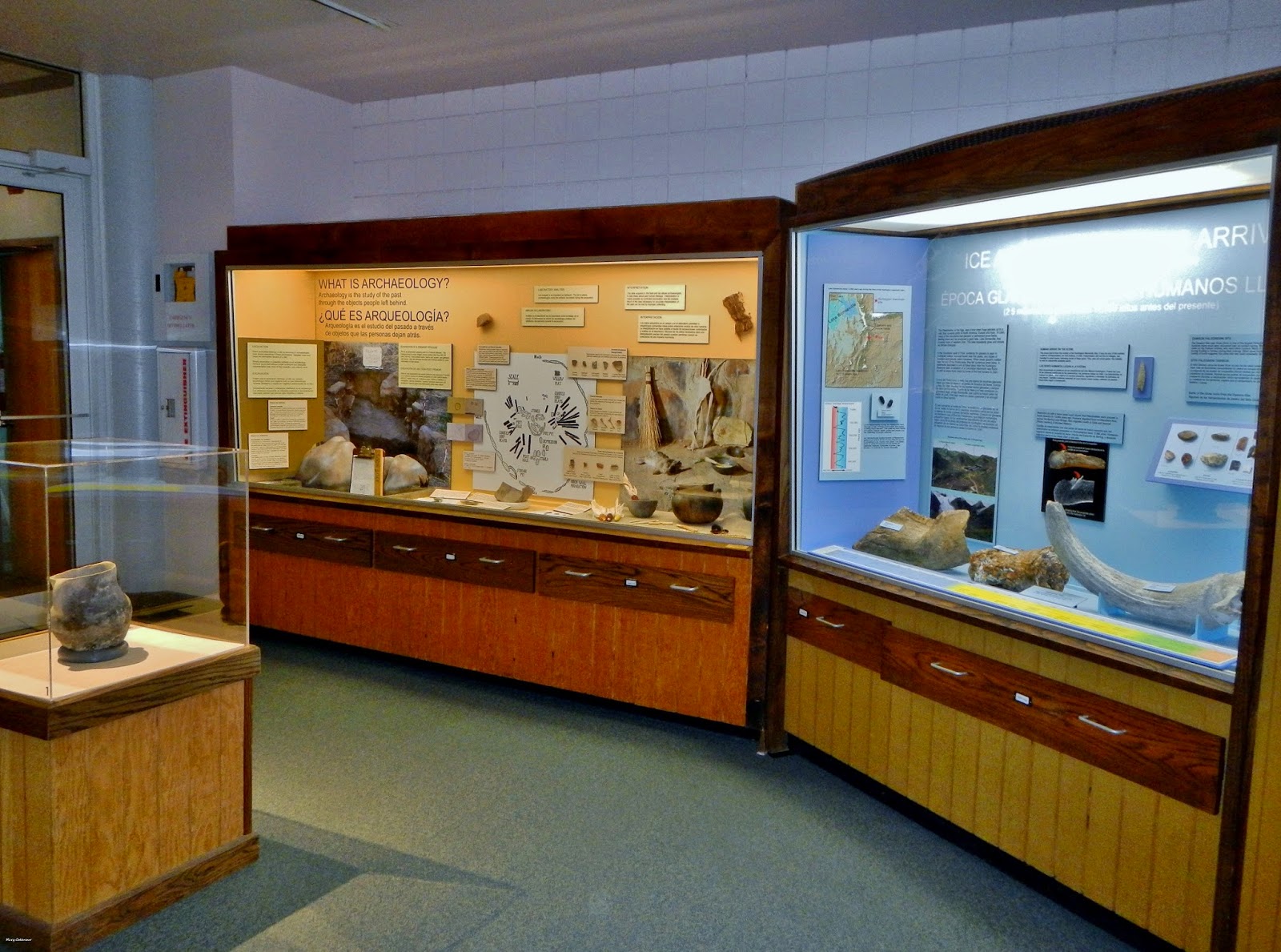 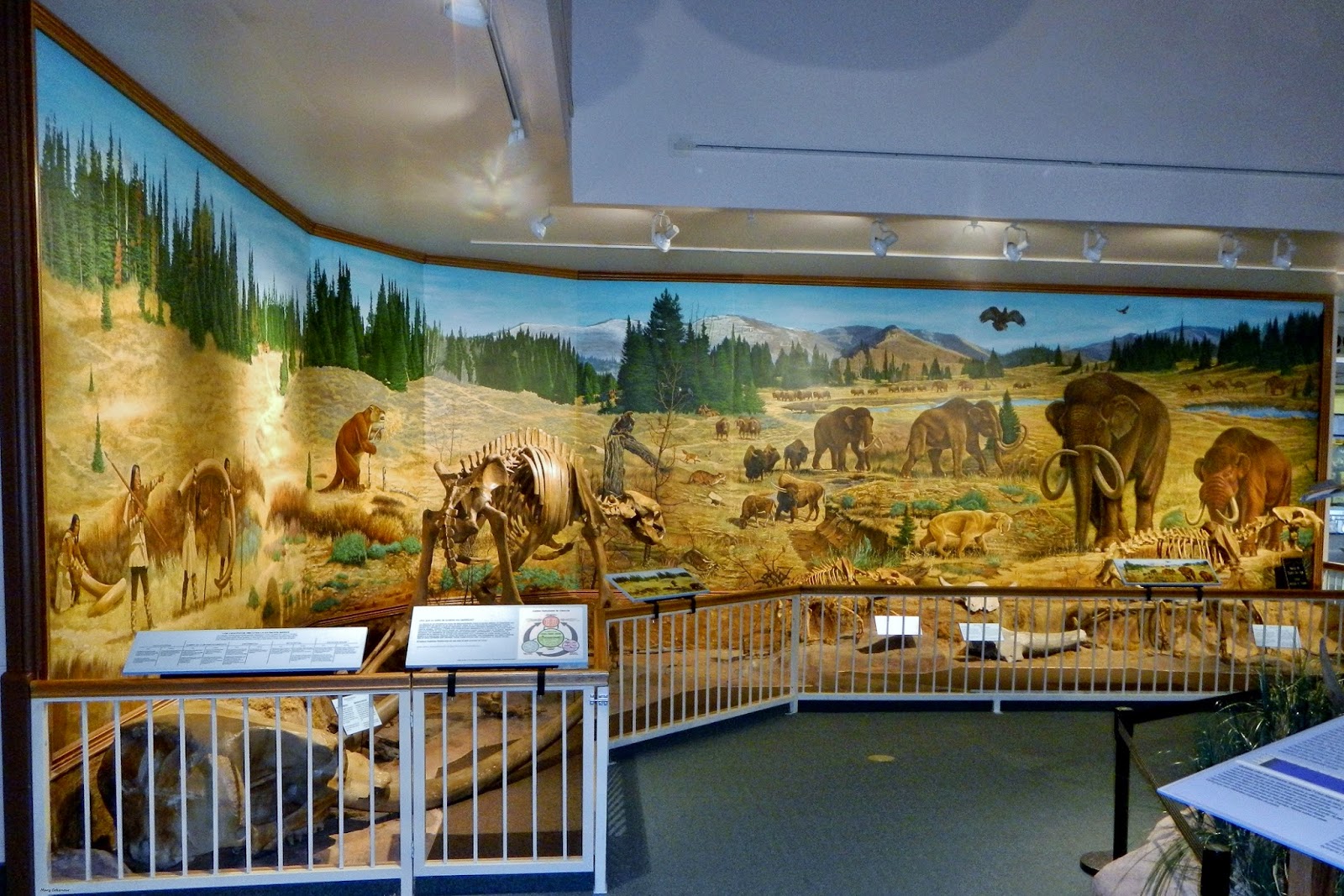 One display contains the Cave Bear, Sabre-Tooth Tiger and Dire Wolf; behind it is a fantastical mural done by artist, Joseph Venus.  The skeleton of each creature is in front of the artist's rendition of what it looked like in prehistoric times, and its relationship with mankind. 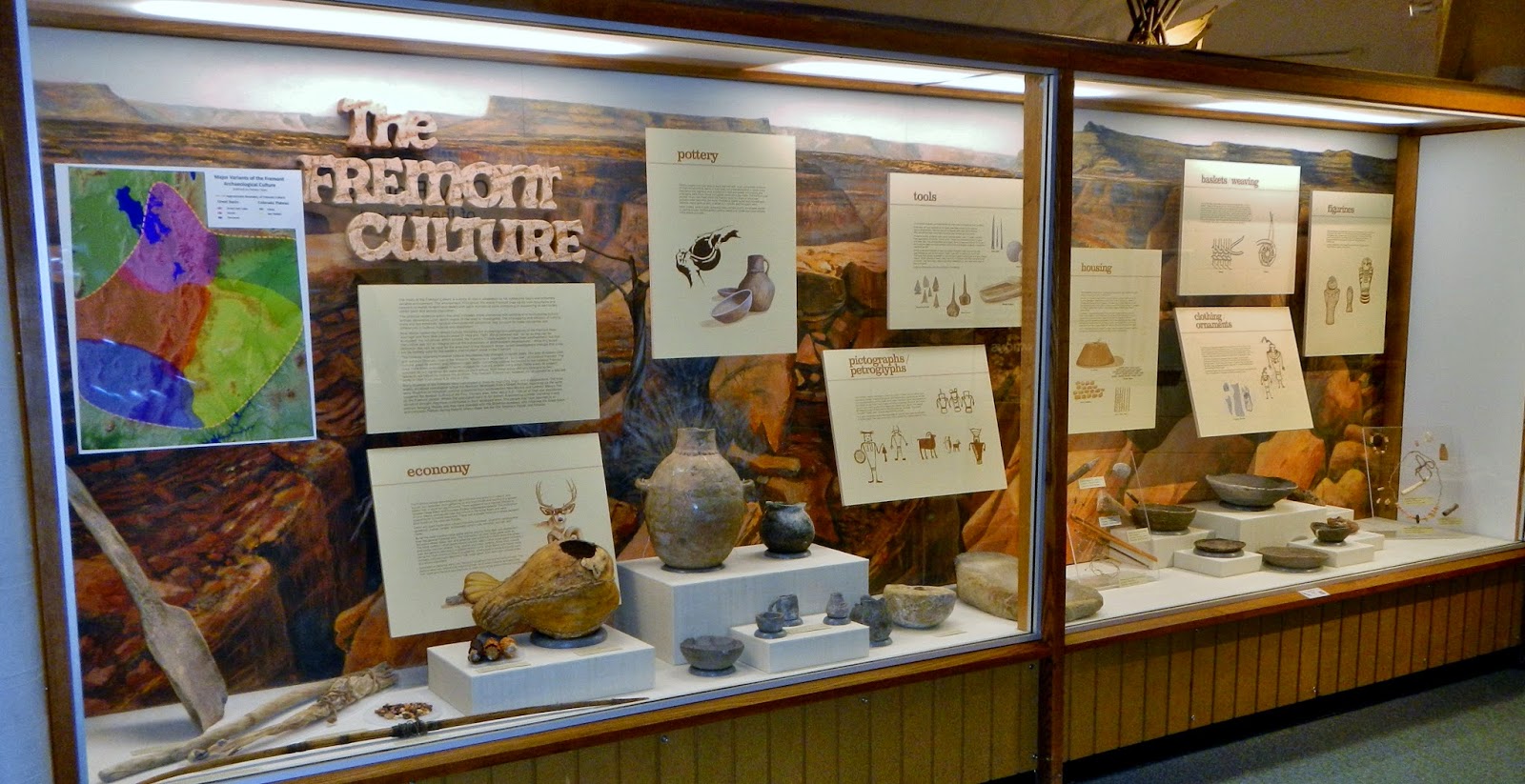 One of the cultures known to have been in the area is the Fremont Culture; their presence is very well documented in the Nine Mile Canyon area, outside of Wellington, Utah. 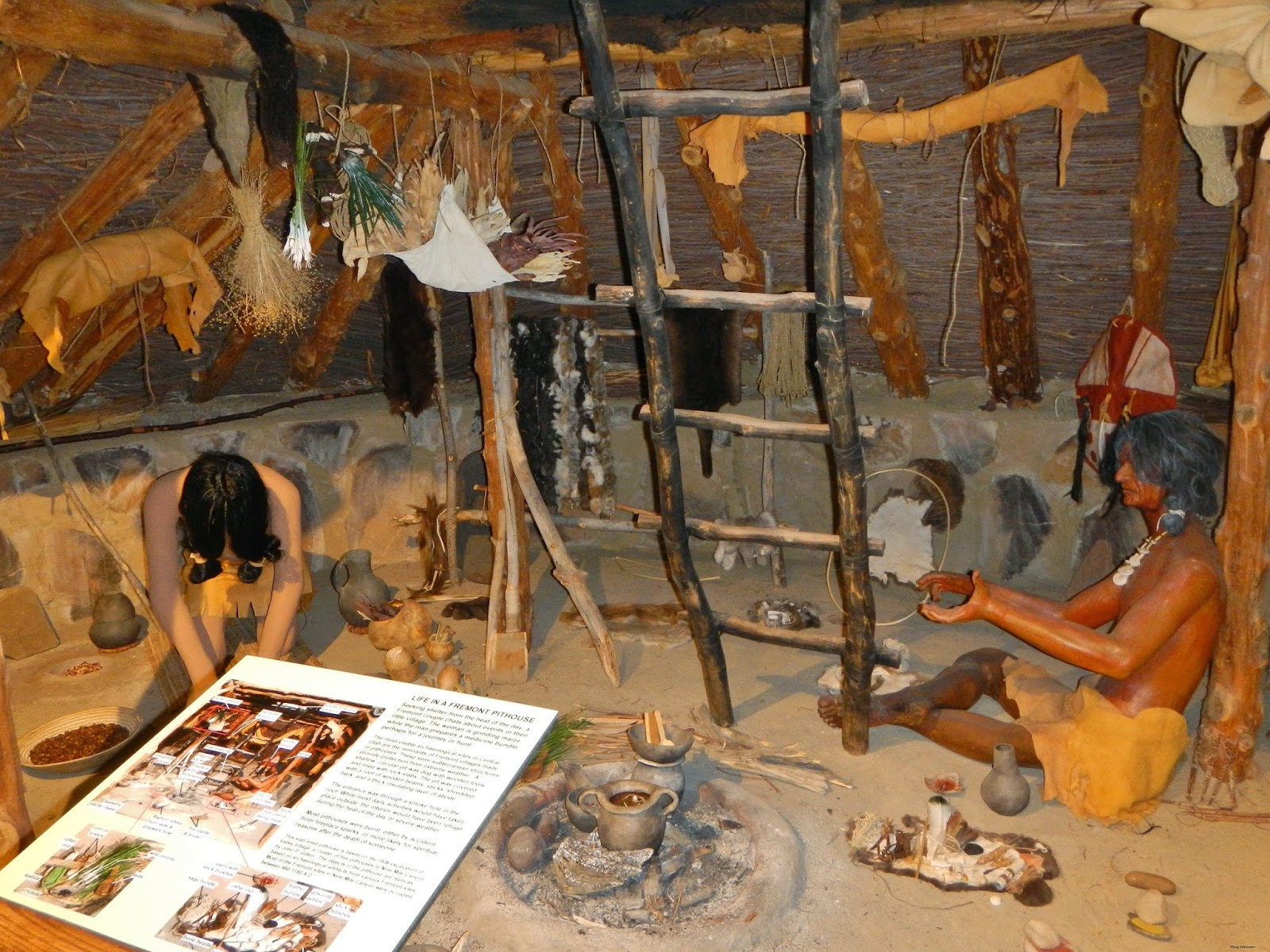 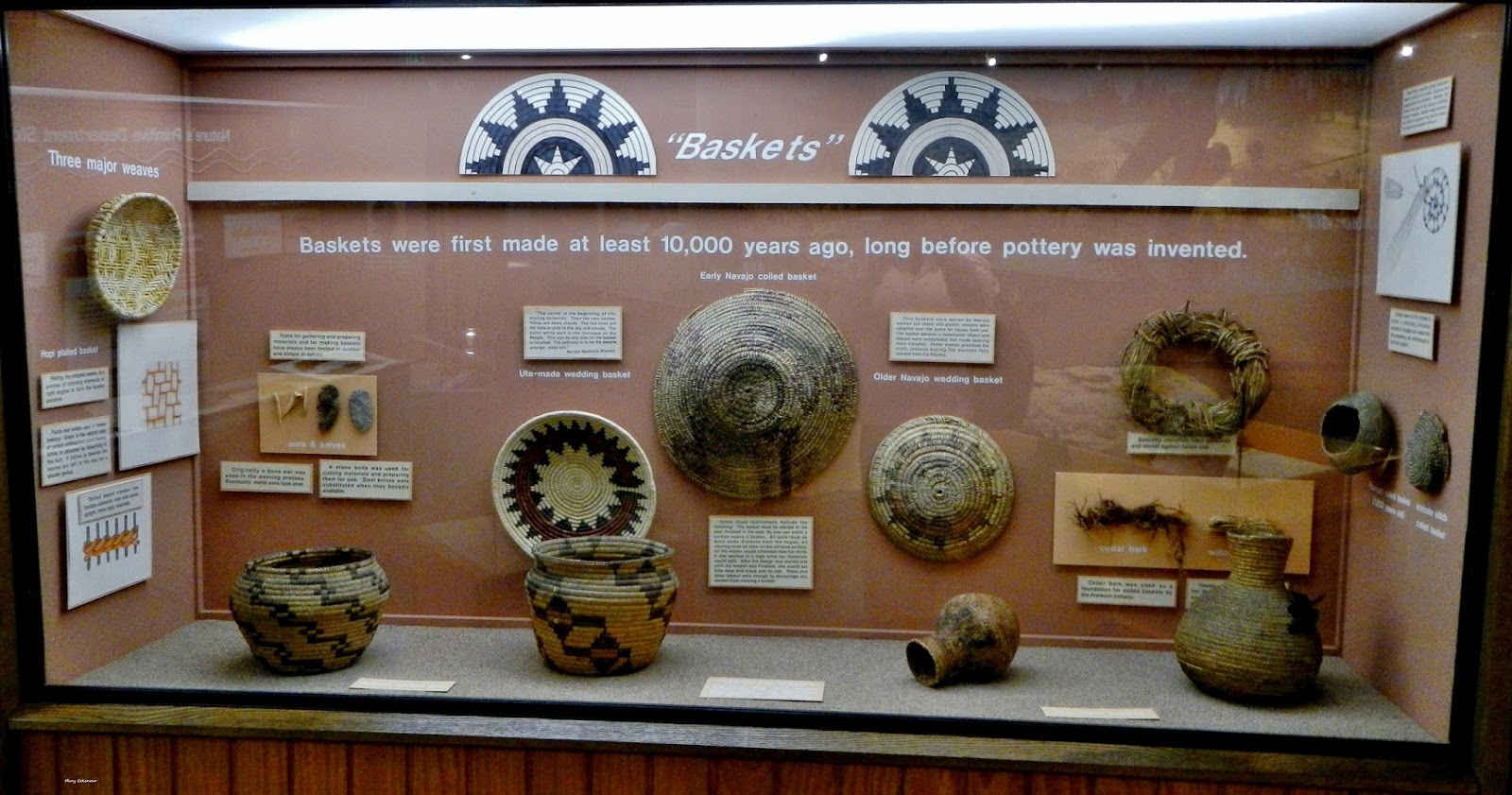 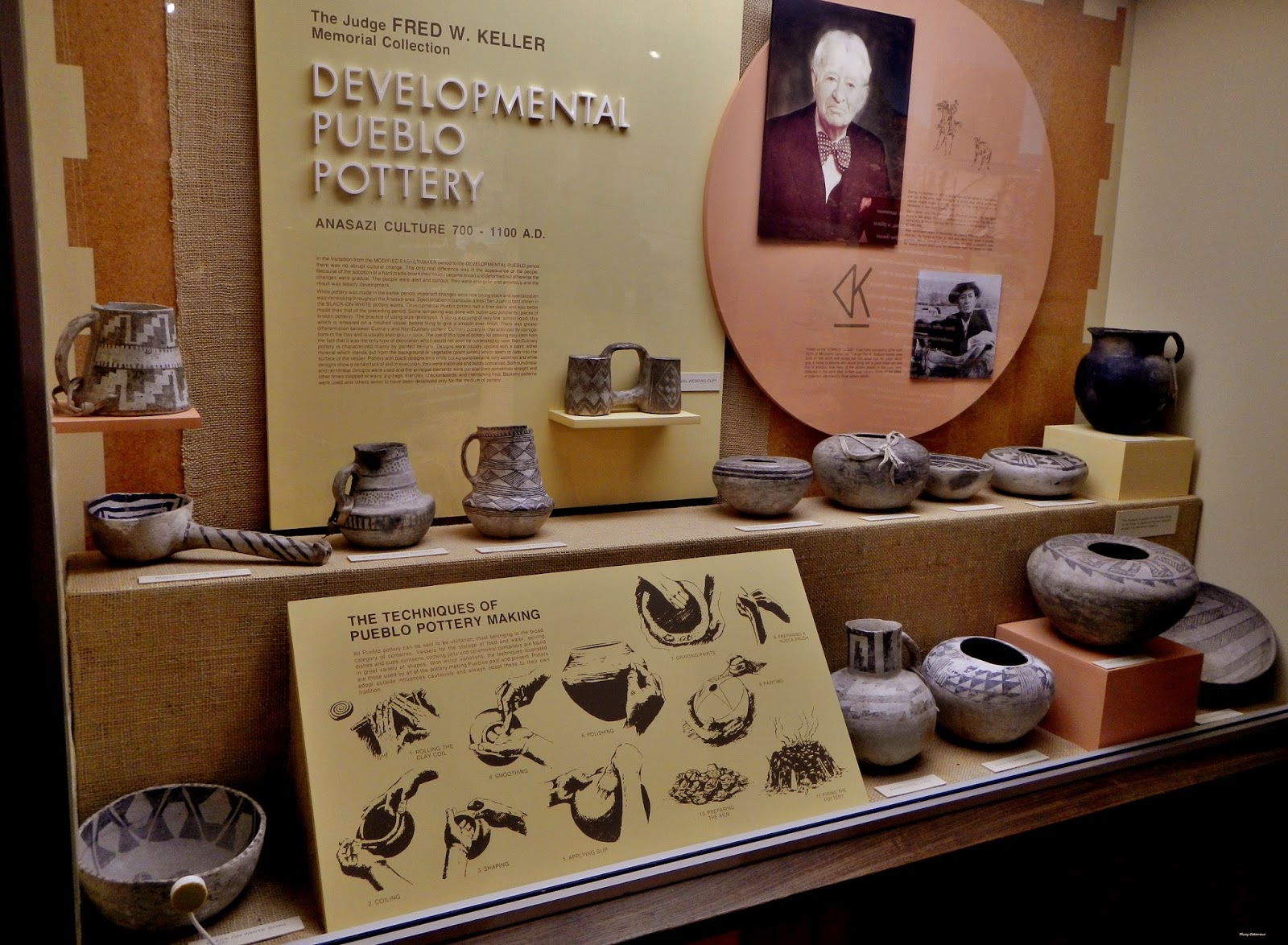 Of course, another culture's presence was known of in the area, and most people are familiar with their name...Anasazi. 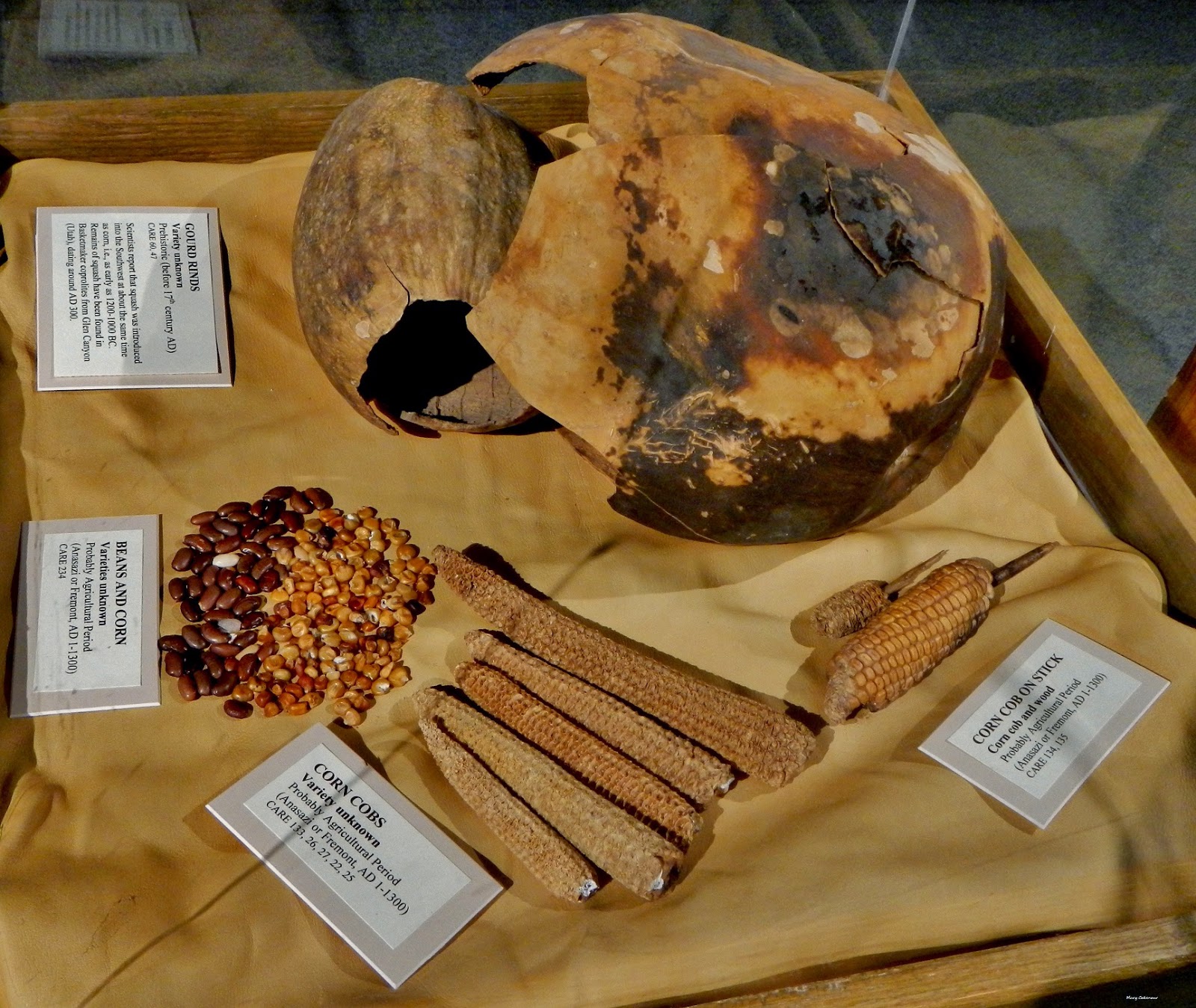 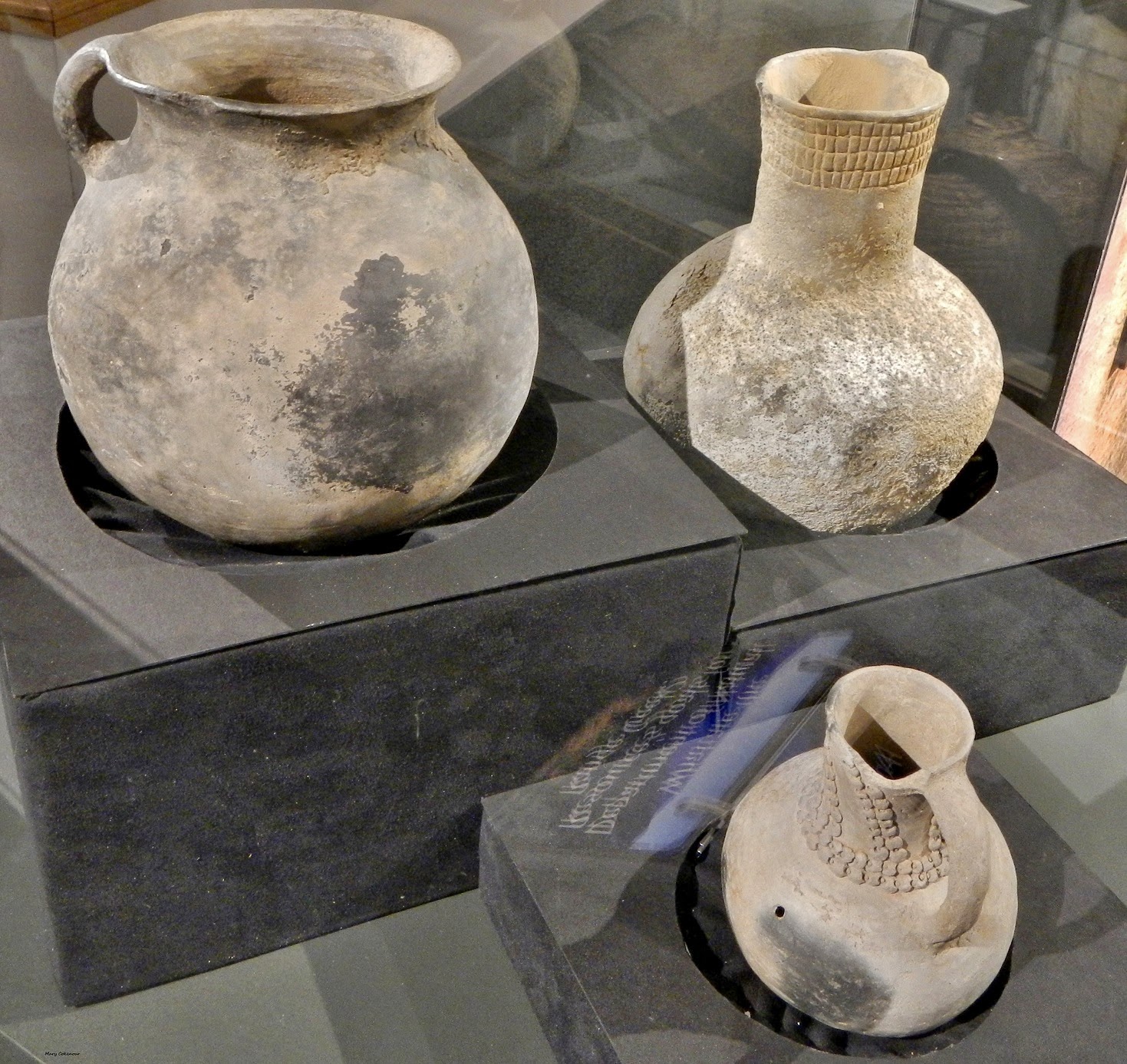 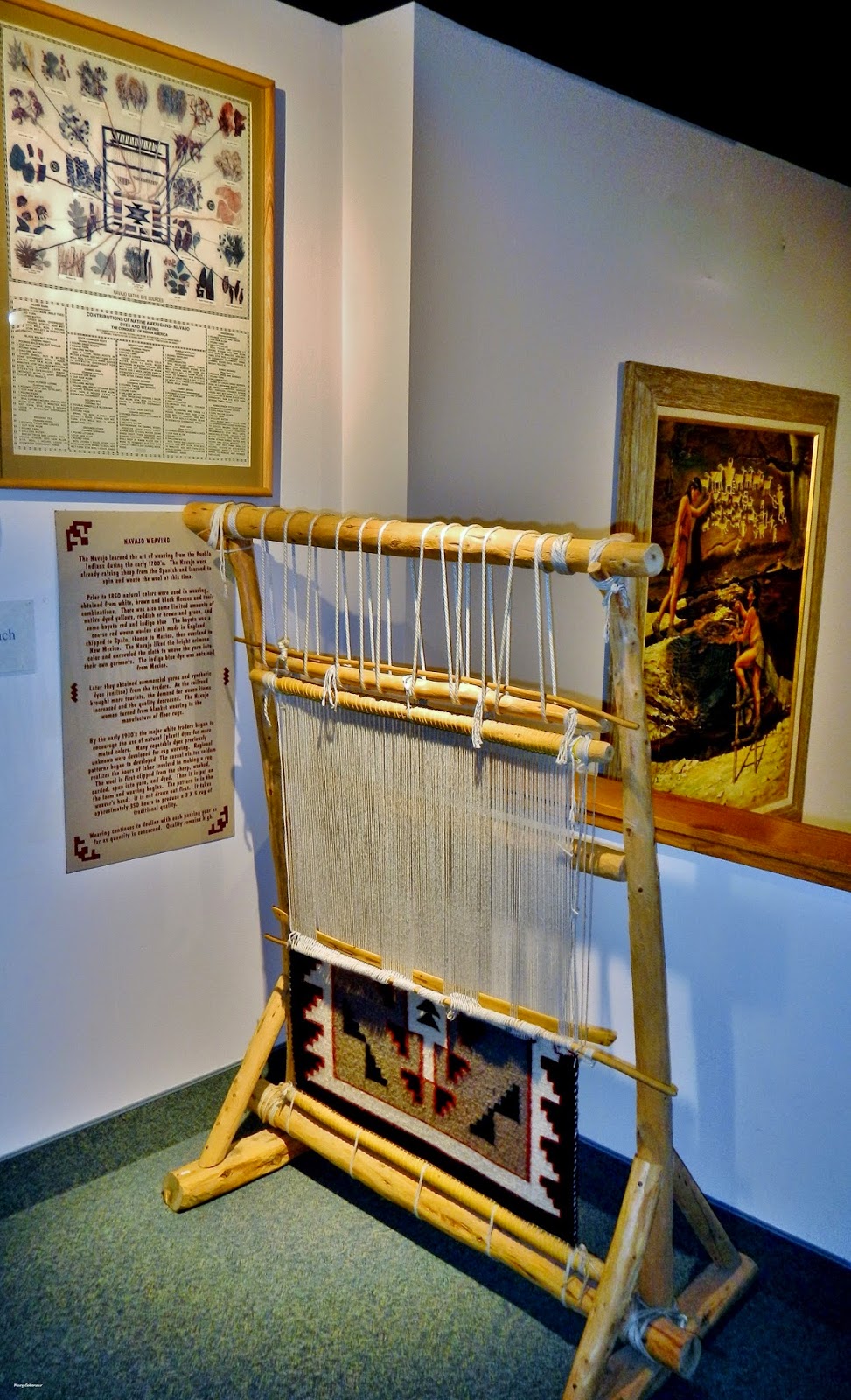 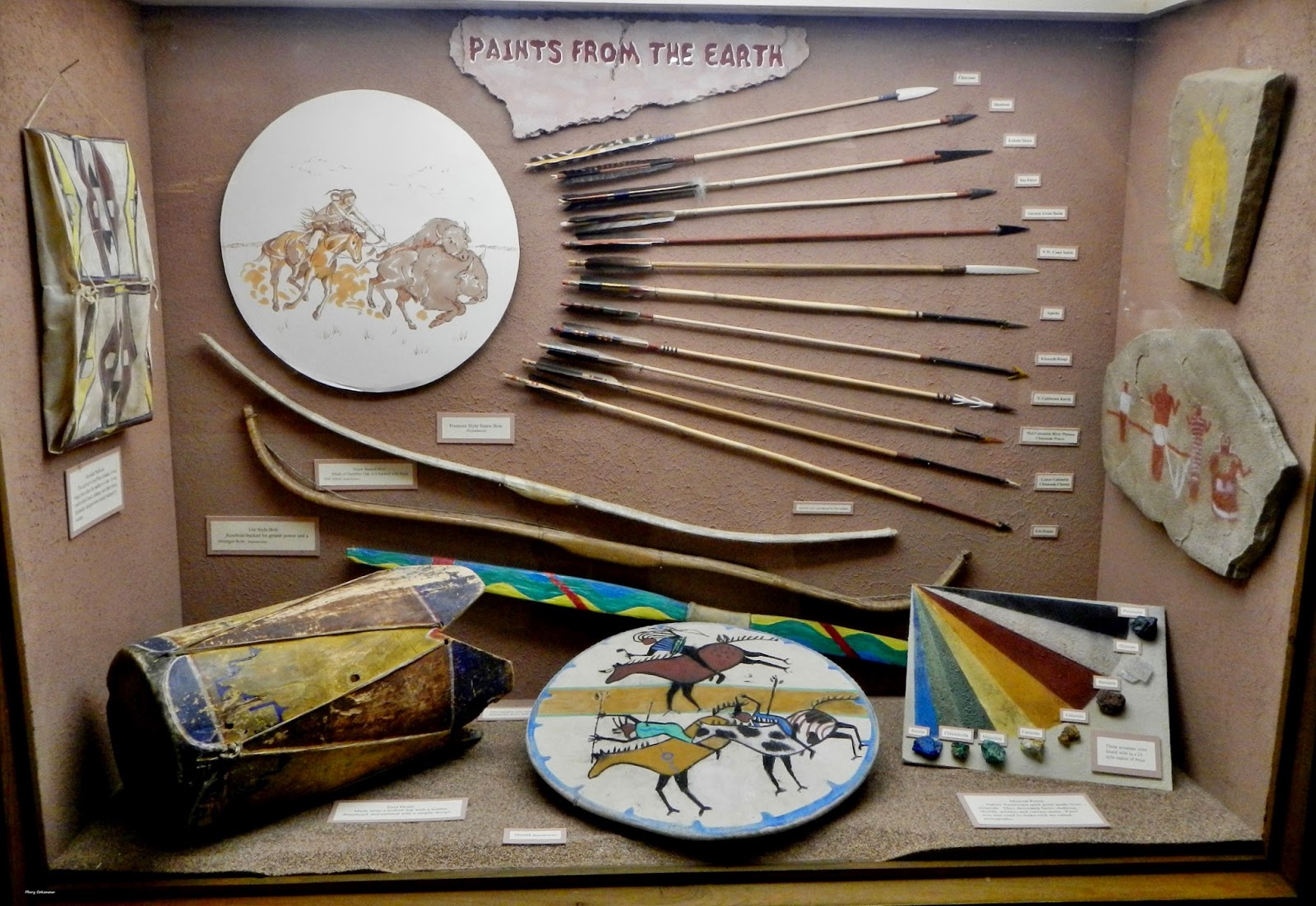 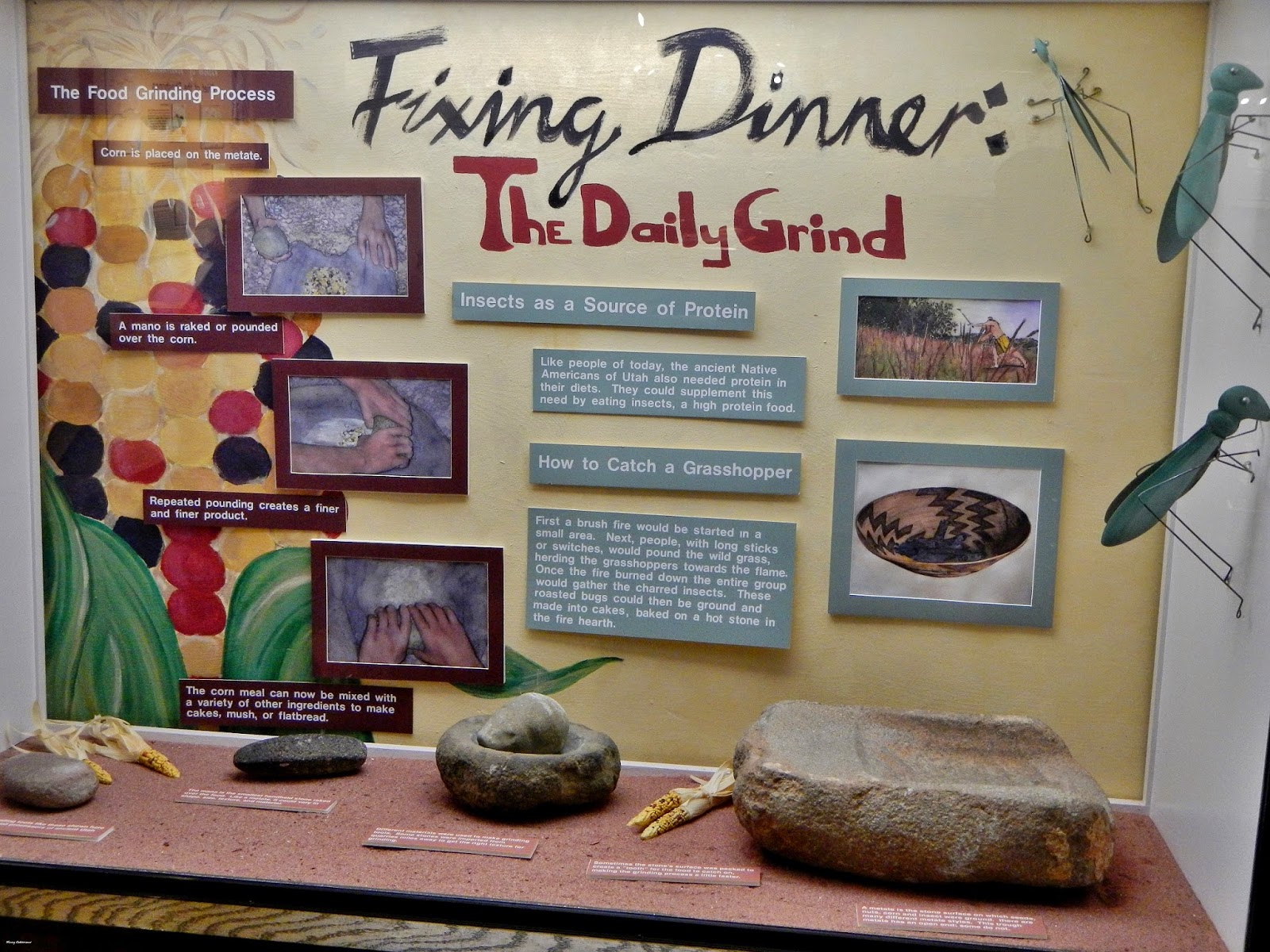 What was a day in the life like back in prehistoric times?  Take a good look at the displays and think about, "Could I have lived, and survived, back then?" 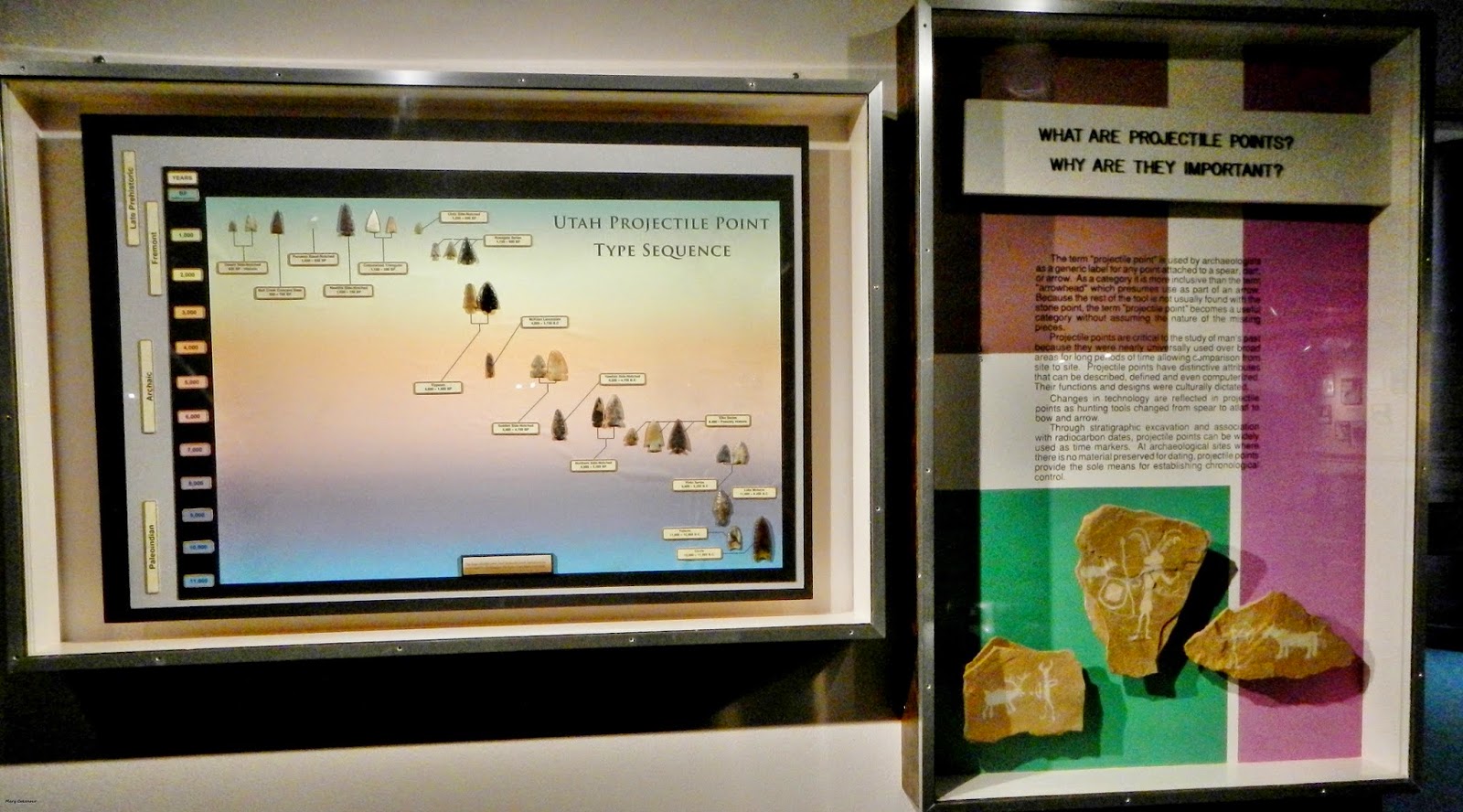 The Prehistoric Museum does not concentrate only on the Price/Wellington area of Utah, but Utah itself.   Displays in other areas, such as Capitol Reef and Hovenweep, show the interconnection of the cultures living in those times long ago. 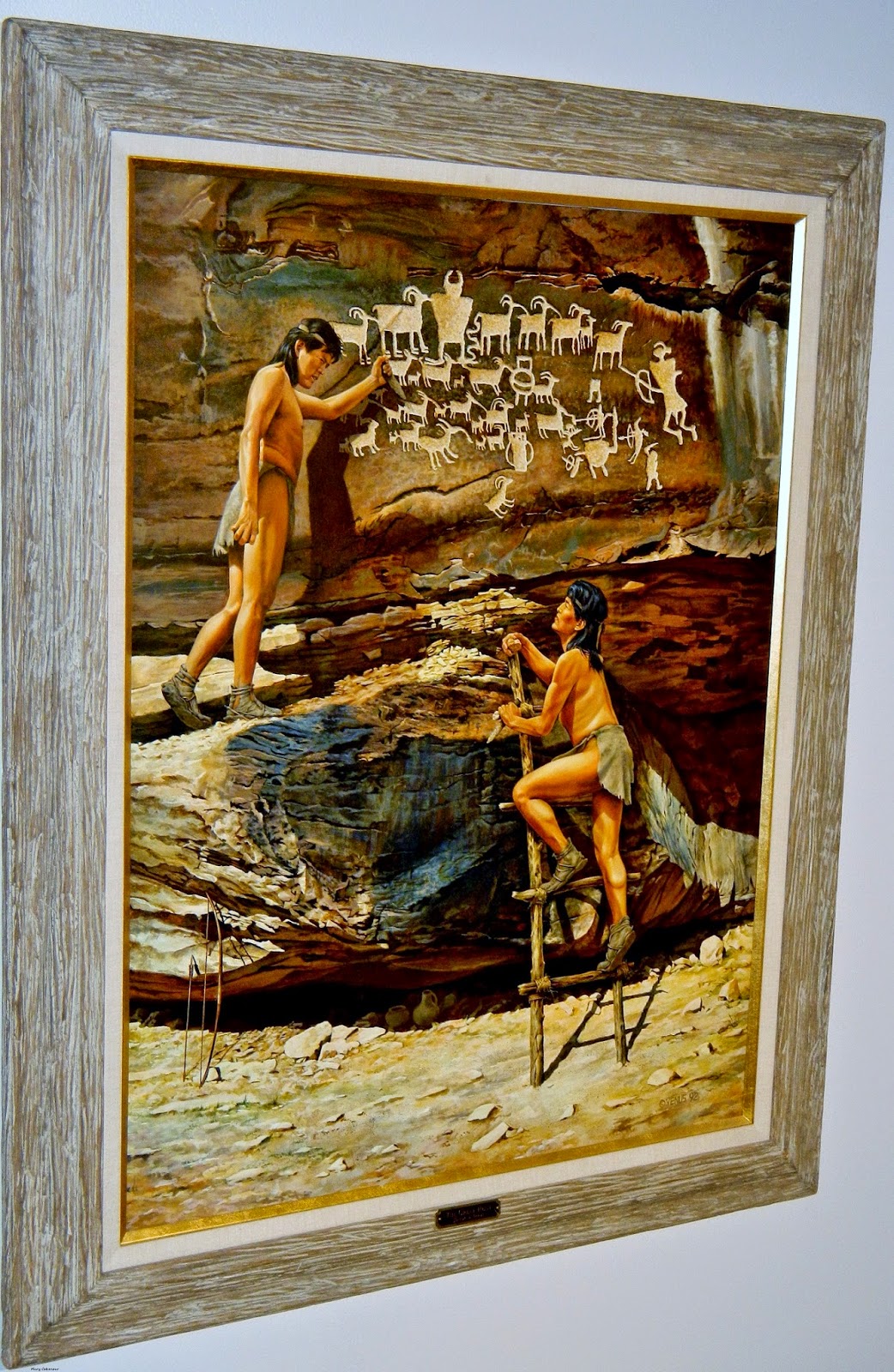 Joseph Venus has several pieces of his artwork on display at the Prehistoric Museum; one is depicting "The Great Hunt", a Fremont panel located in Nine Mile Canyon.


Well, that concludes Part One of the Prehistoric Museum in Price, Utah.....here's your tease for Part Two. 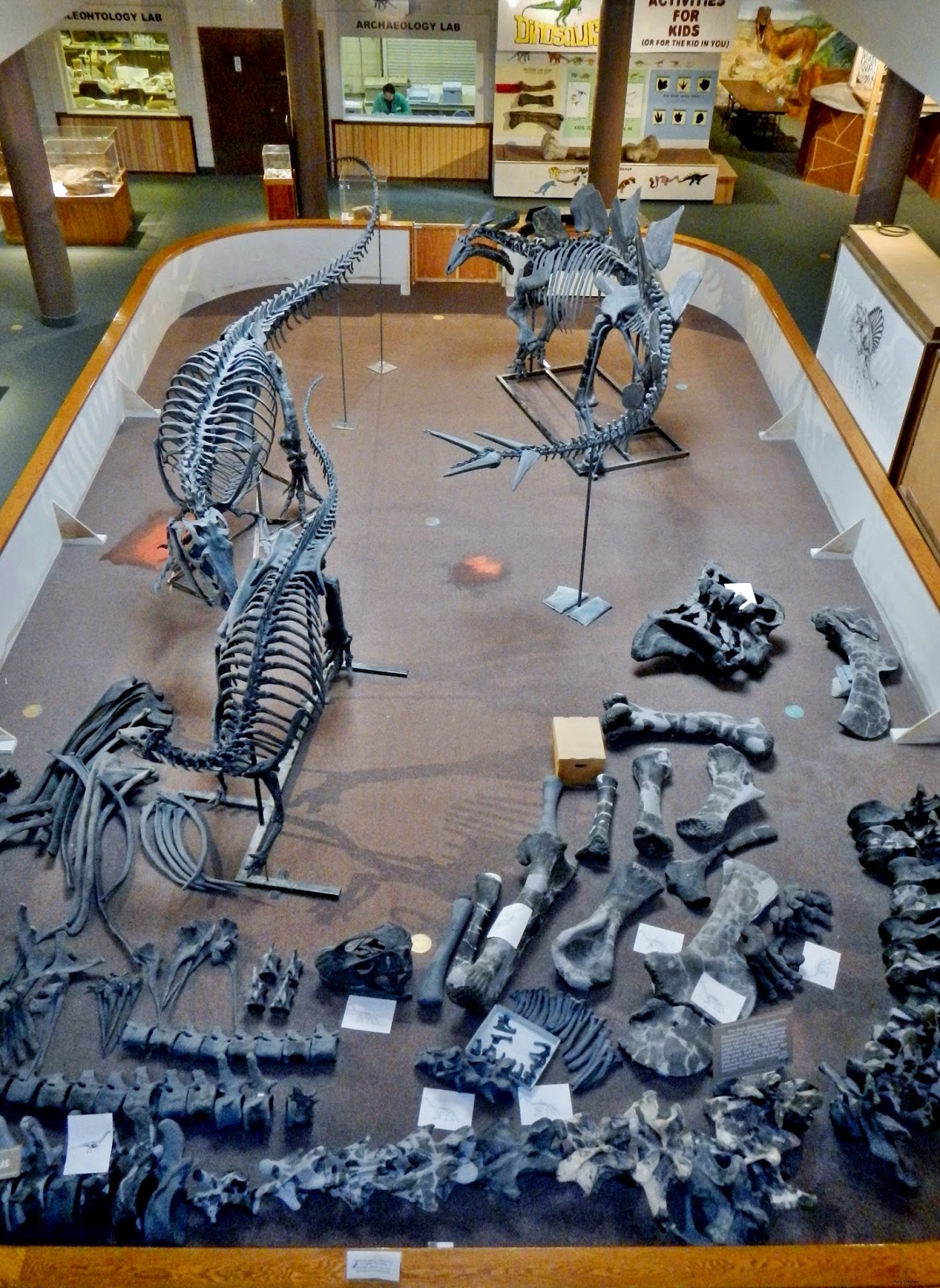