After our adventure along Posey's Trail Road (CR 240), Roy and I decided to go back and see if we could find the trail upwards from State Highway 95.  According to various maps we have of the area, CR 205 - Lower Arch Canyon should have led us there.  It would have, if we had ATVs and not only a 4WD vehicle; and getting into Arch Canyon itself was the same dilemma. Basically, except for the scenic shots, this was a bust in trying to drive through; doesn't mean we didn't have fun though.

CR 205 is located 14.3 miles, on State Highway 95, from Route 191; it's an unmaintained dirt trail; we did see a car bumping along (passengers didn't look too happy), following a RV.  By the way, here and there you'll see no trespassing signs warning that a fenced off area is Ute tribal land; heed the warnings as there are plenty of places to camp and ride ATVs than on tribal land. 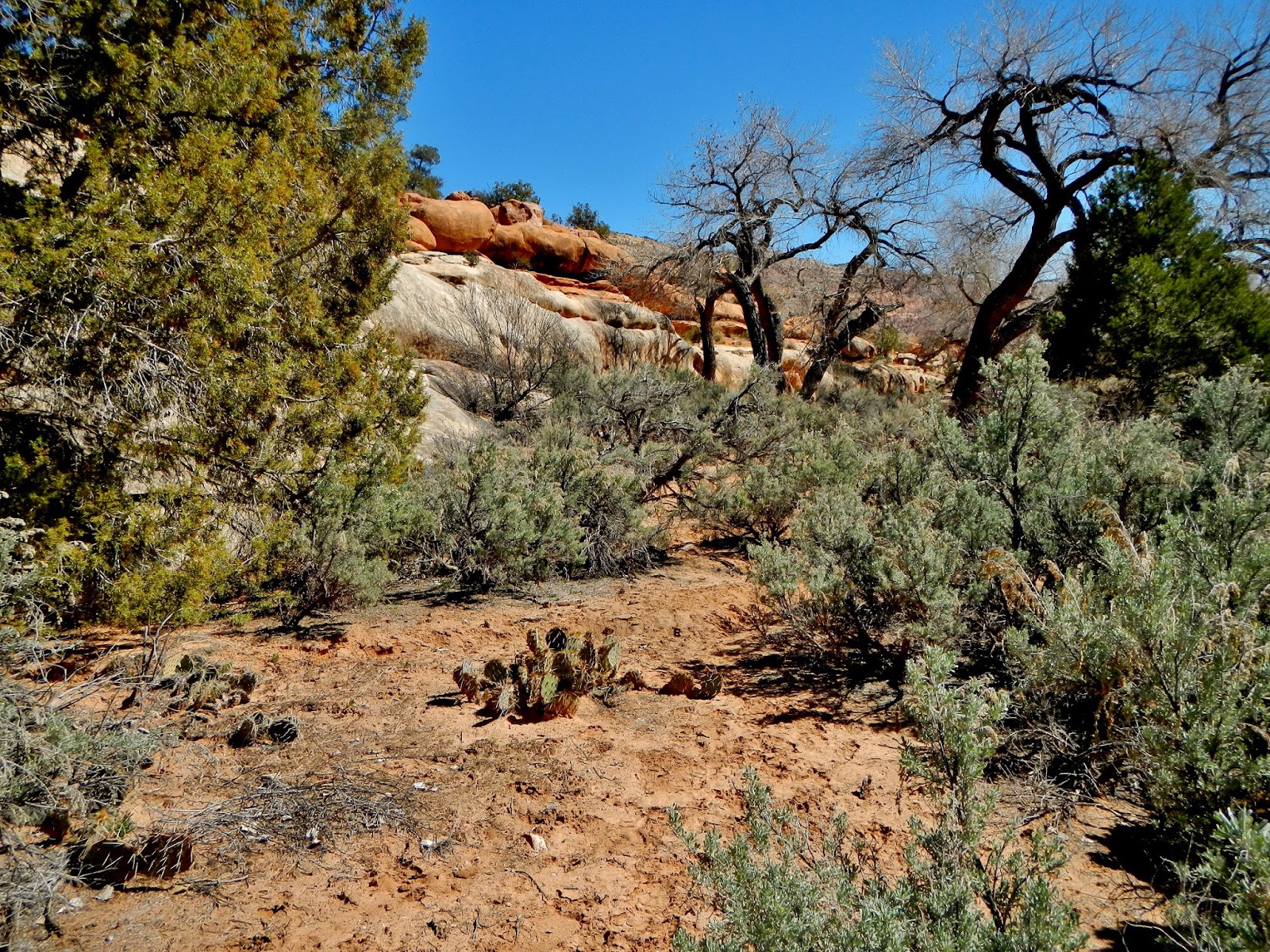 We'd only traveled 2.4 miles before we came to a split in the road and decided to continue going straight.  2/10ths of a mile later, we came upon some truly beautiful camping areas.  There was also a set of "ruins" there, but I'm sure if they were Native American or not.  We could not continue onward any further, as the trail became very narrow, and more roughed than our 4WD could handle. 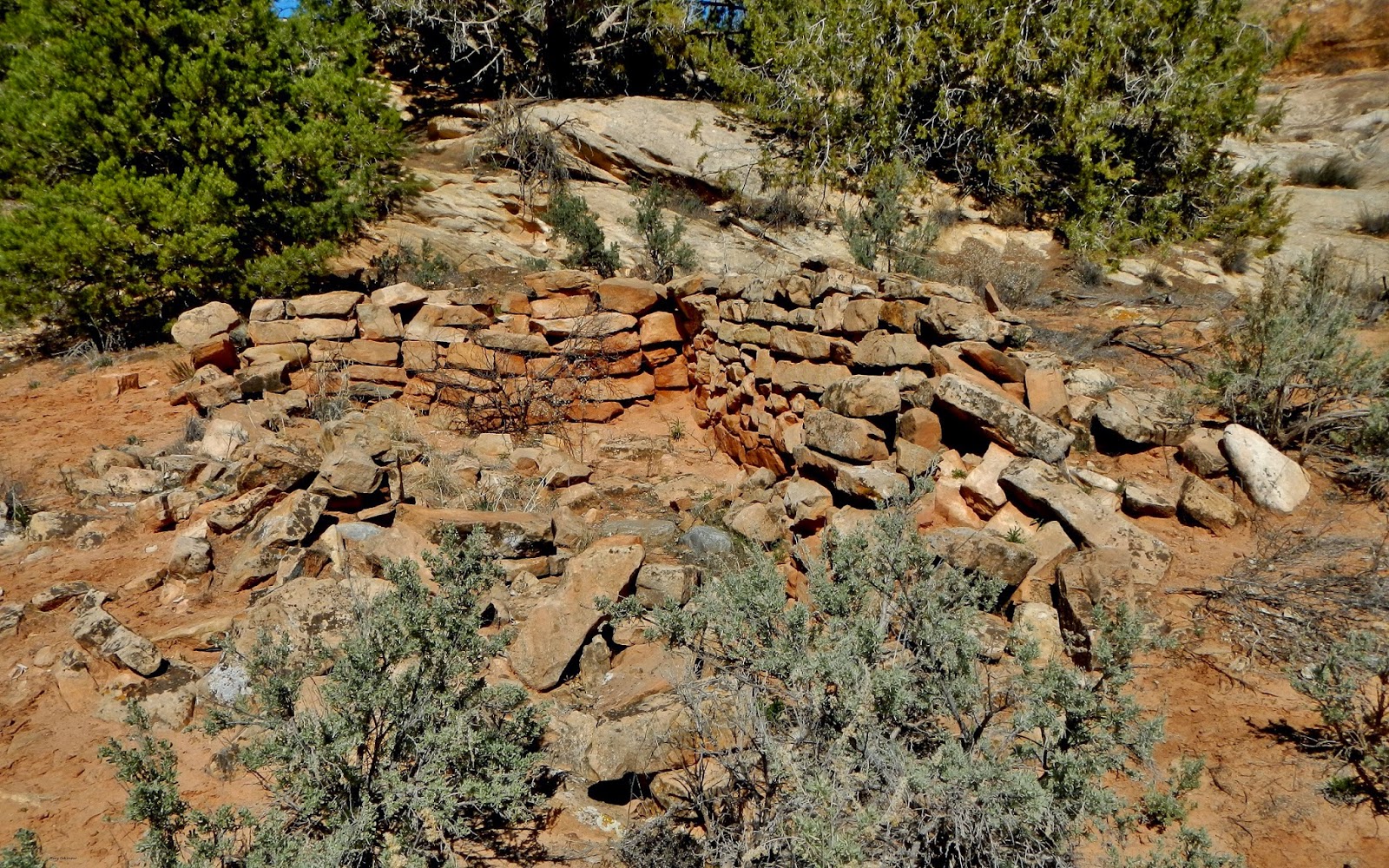 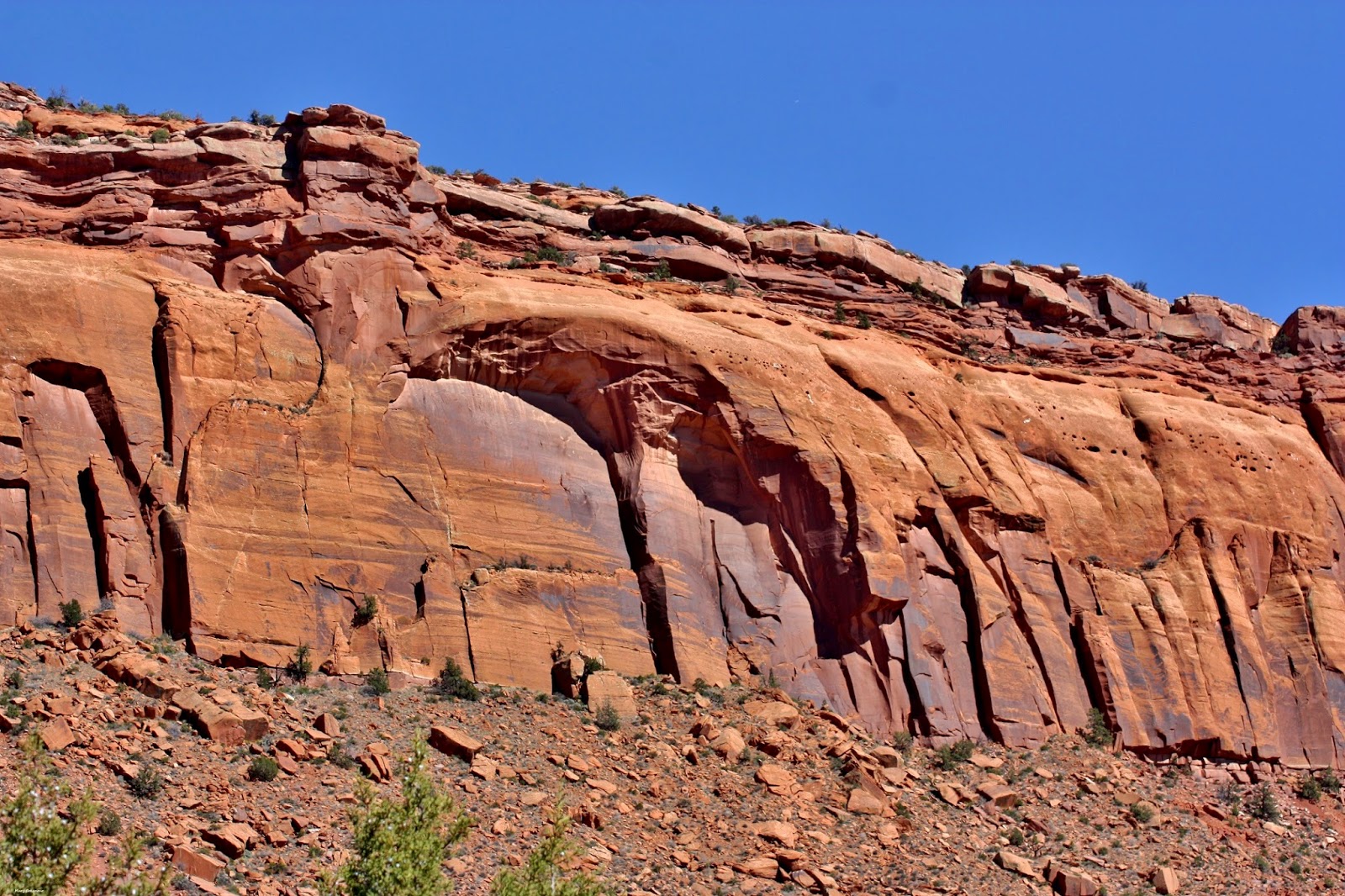 ...back to the split in the road, this time going right and towards Comb Ridge.  Next problem was, which trail will be the one to connect with Posey's Trail Road (CR 240)?  Every time we tried another trail that went to the right, we encountered a "dead end", or it was ATV accessible only.  The scenery on both sides was pretty impressive though. 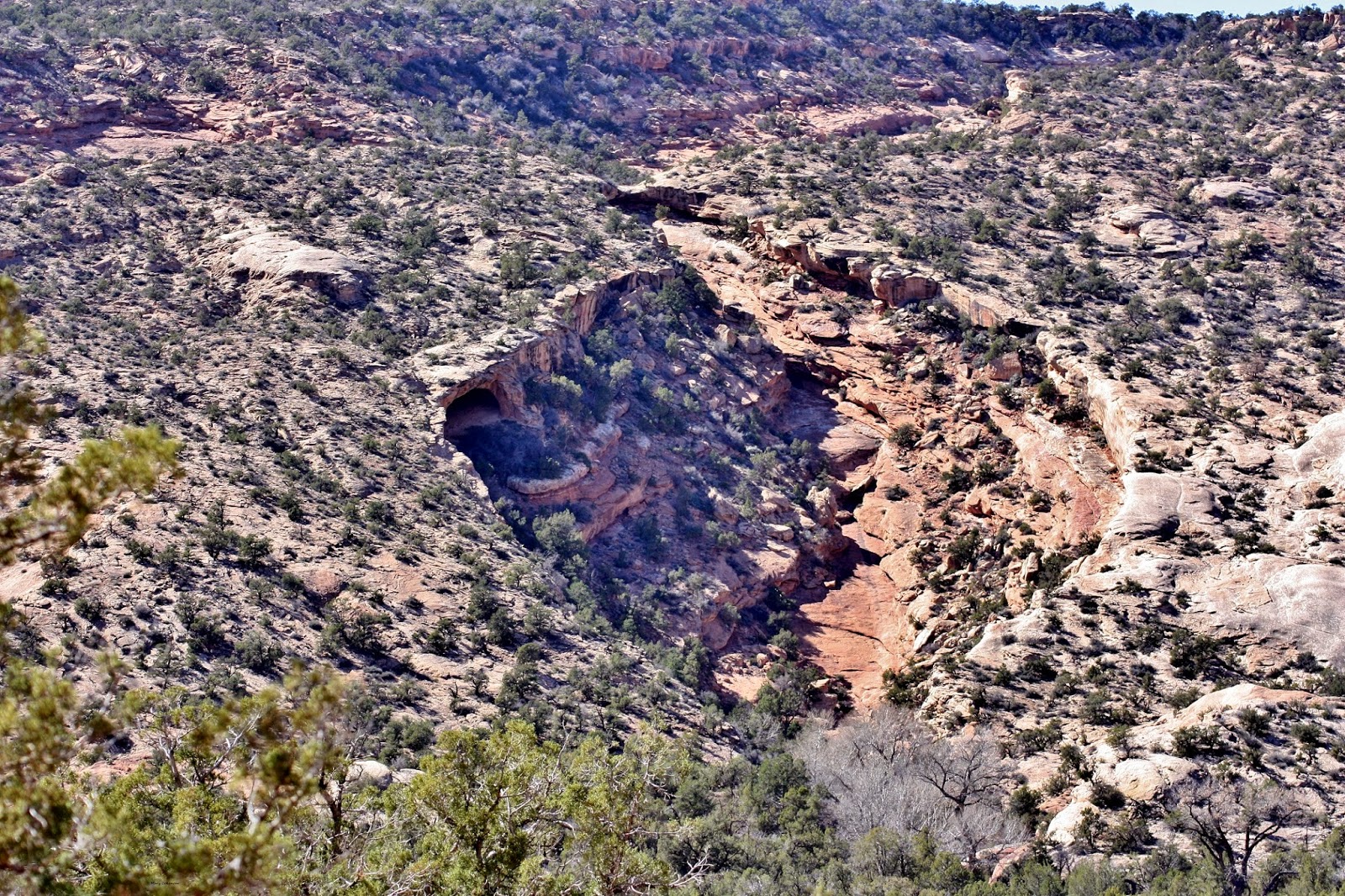 There came a point in time when I simply put down the paper and pencil, stopped calculating mileage, and realized that without ATVs, we wouldn't get as far as we had intended.  That was ok; it's more about enjoying the adventure, not making it a downright chore.  We saw a large cave in the distance and took a left side trail as far as we could.  We didn't come prepared for a hike,  so took what photos we could of it. 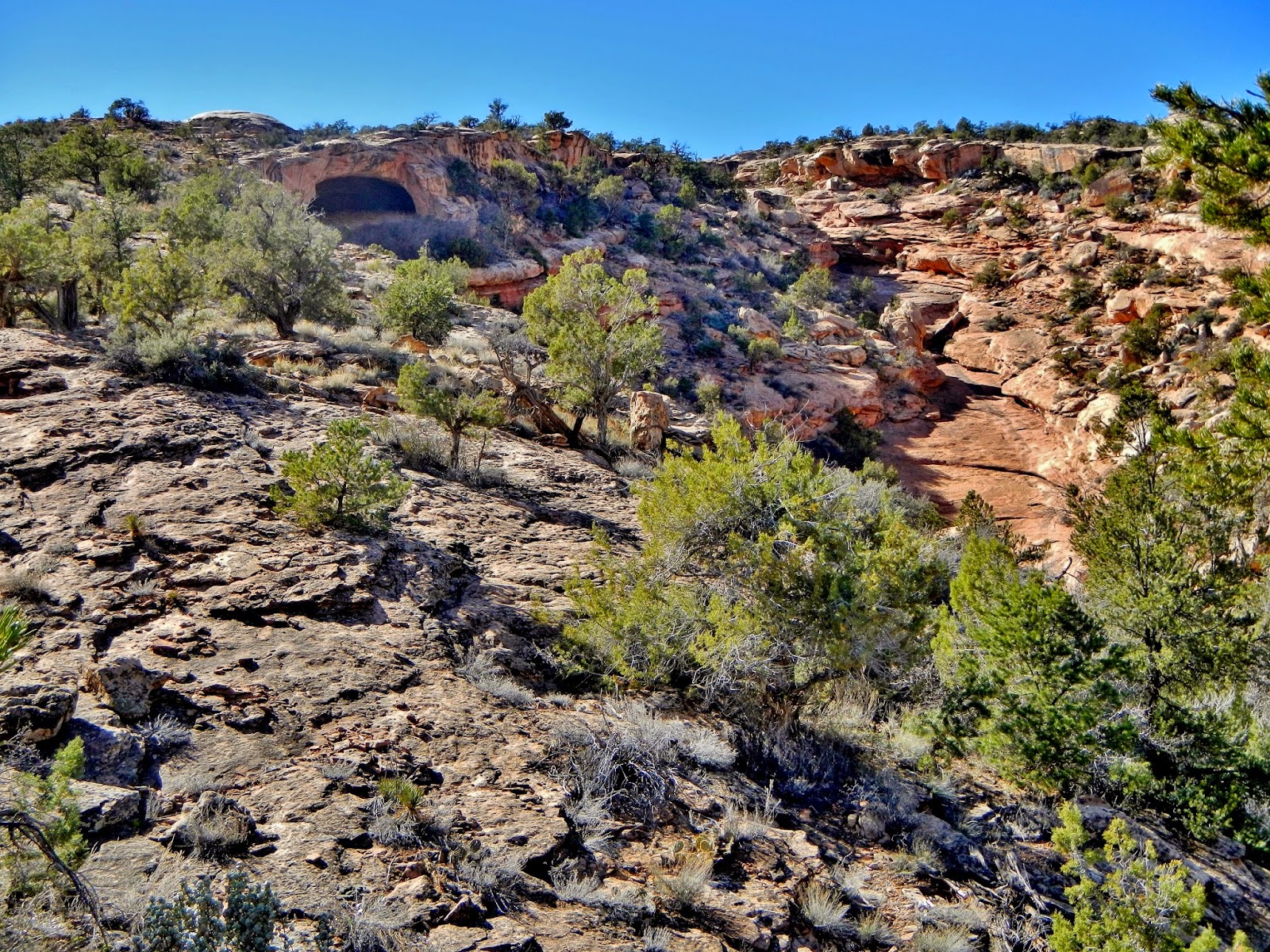 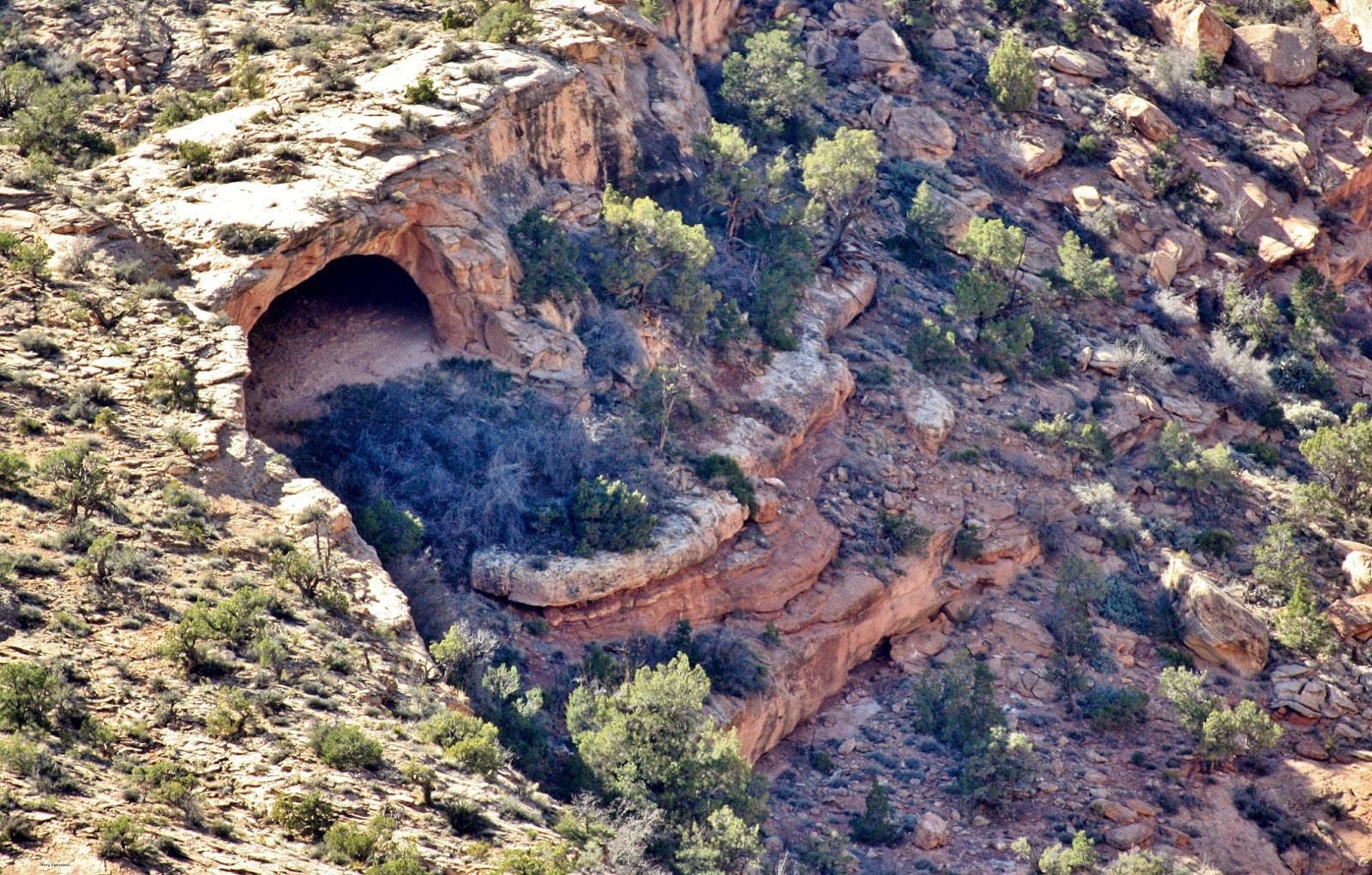 We did pass by one interesting sandstone formation; no mention of it on the maps; then again, not every formation in the area has a name. 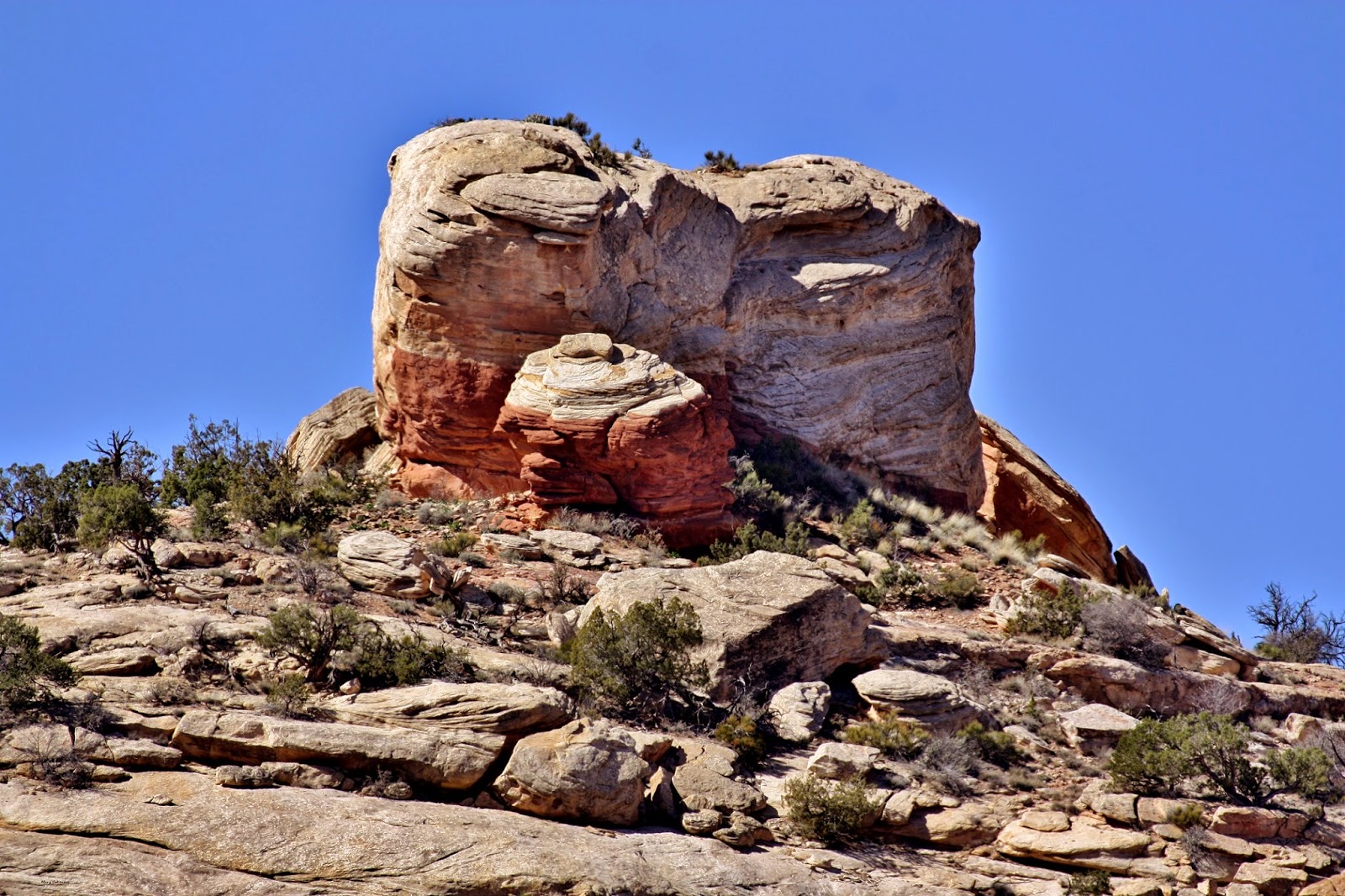