An Arch at George Rock. 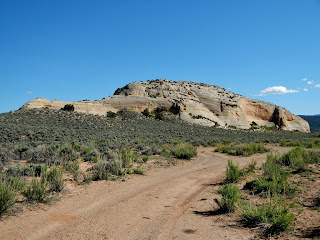 I did say that I would post what it's like to be at George Rock on a sunny day; previously it was about a cool, cloudy day.  Of course, this is Dry Valley and desert, so it will be hotter; takes lots of water when hiking around.  Ok, back along Route 211 to that dirt road that goes to George Rock aka Alligator Rock.
Come on, use that imagination, don't you see the alligator?

Down the western side, and before making the turn along the southern side, you'll see metal debris which could possibly belong to that bomber plane that crashed.  The stone debris could possibly have belonged to the Home of Truth group.  More information was mentioned in the cloudy day post about all this.  Look back and forth to the photos and compare what the area looks like under clouds and in bright sunlight. 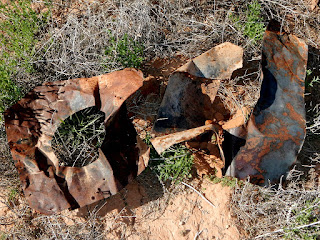 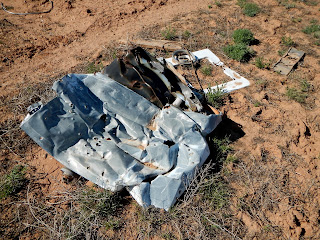 Possibly debris from bomber plane that crashed.  Be careful poking around, we found two midget faded rattlesnakes taking a nap underneath. 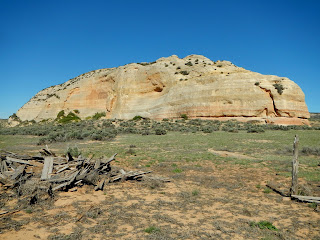 While a passenger car can slowly get to this point, making the turn eastward and traveling the dirt trail along the south side (where the alcoves are) is best left to a 4-wheel drive vehicle.  There is more metal debris, even an old fashioned wood burning stove/oven; also wooden debris which might have been a building at one time.  Be careful as you walk around; hidden in a hole might be a sleeping midget faded rattlesnake; this is the desert and the wildlife here is best left alone. 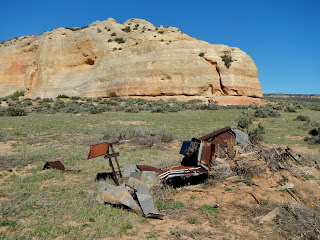 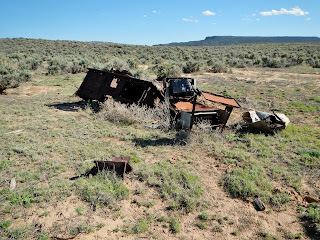 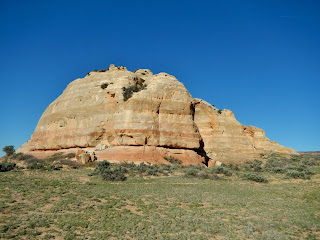 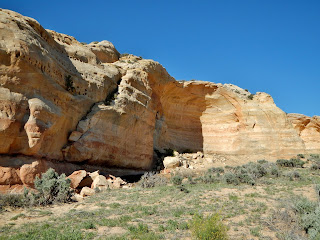 There are short trails that lead up to the alcoves; there is evidence of camping, but to see the eastern side, hiking is required....that is where the arch is located also.  That's correct, an arch just a little ways off of Route 211; but the entire George Rock area is wonderful for hiking and exploring, so don't go just for the arch. 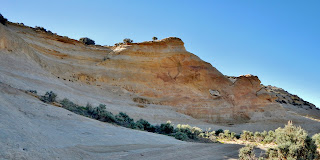 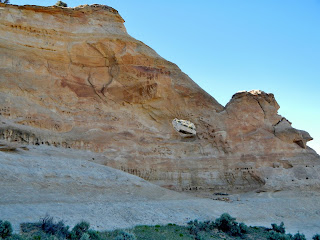 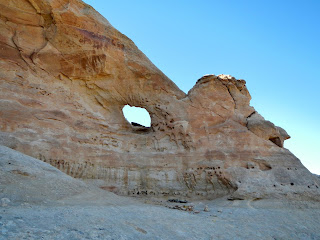 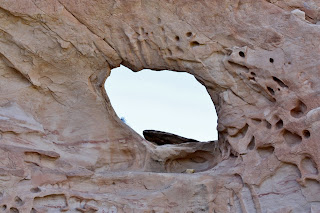 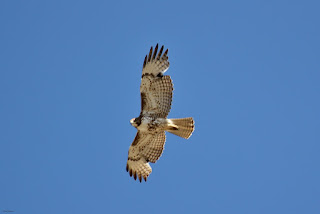 There is a Red Tailed Hawk in the area, more than likely with a nest; she kept a vigilant eye on us the whole time we were hiking around the front and back sides of the arch. 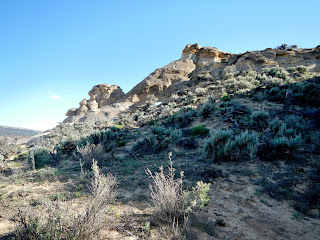 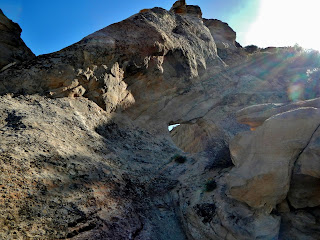 Going to Canyonlands National Park - Needles, Newspaper Rock and the Indian Creek Valley is fun, scenic and picturesque; but there is so much more to do along Route 211 than that.  Make sure hiking and exploring around George Rock is on that to-do list.