In case you missed the posting of the updated map and legend, here is the direct link: http://www.southwestbrowneyes.com/2014/02/all-roads-lead-to-montezuma-canyon-slam.html

The photographs I will be posting for the next four parts will encompass three separate visits this year alone; March 19th, March 25th and August 25th.  Saying that we enjoy going through and exploring Nine Mile Canyon is a clear understatement.  We keep finding more and more ruins and rock art; and I know there are still more to find.  We also want to visit the other canyon areas such as Harmon Canyon and Gate Canyon; finding the "Owl Panel" is definitely on our to-do list. 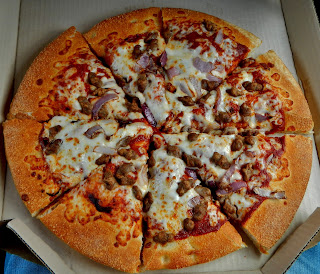 Now our journeys seem to begin with a visit to the Pizza Hut in Price; we usually purchase a large deep dish with ground beef and onions, which we call "The Adventurers Pizza".  As we drive and look, we munch on the pizza; we know we're going to walk it off, that's for certain!


Click on the Utah tab, scroll down to Miscellaneous Counties, and you'll find the first four parts I wrote up, with photographs.  Otherwise, I'm starting at mile mark 26.4 to 29.7. 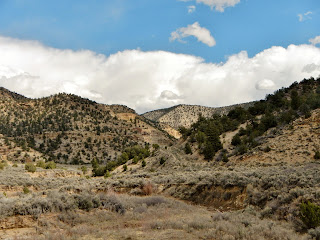 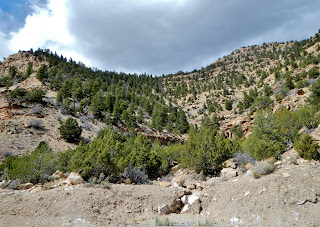 It's rare not to find a rock art site that has not been desecrated in some fashion; mostly by visitors to the area adding their initials or names to the walls.  The rock art is not simply art, it is the historical writings of the Fremont culture that once lived in these canyons.  Guess what?  Nobody cares if you were there or not, so DON'T leave your mark!   Here are mile mark 30.2 to 31.3. 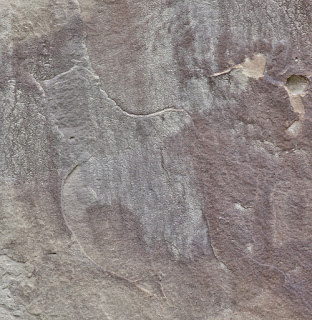 Next four photos are at mile mark 30.85; the ﻿one I call the "Bullman" is because that is what it looks like to me.  It may have started out as a natural crack in the rock, but perhaps someone else filled in the form of a human with a bull's head. 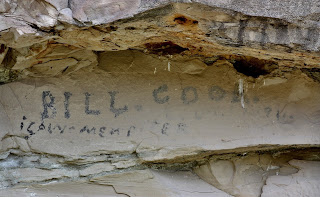 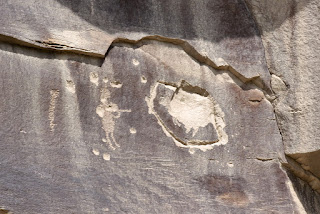 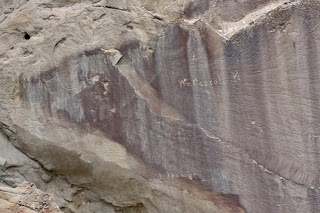 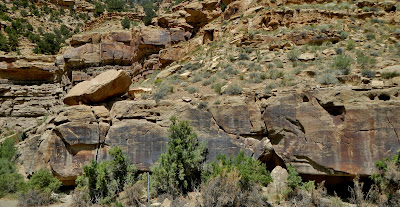 
Every once in a while, we would see a pattern of dots on a wall; at times they were carvings, other times the bullet strikes from ranchers, or visitors passing through.  Also notice at many of the sites that the human figures have a headdress of some animal form, as in antlers or horns.  Mile mark 32.0 to 32.9. 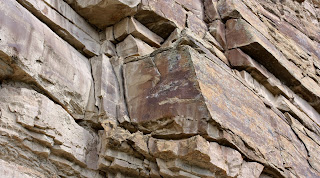 32.0 Dots in a rectangular pattern. 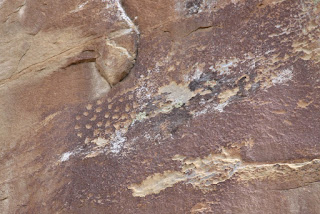 32.4 has several different figures, one being an antler headdress on a human. 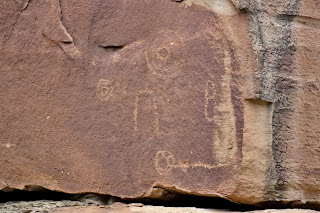 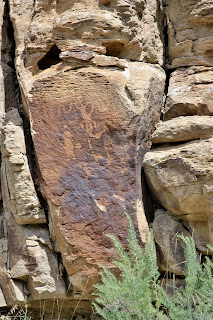 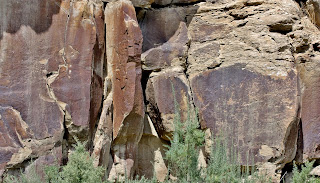 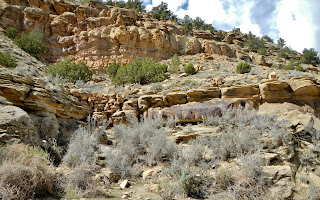 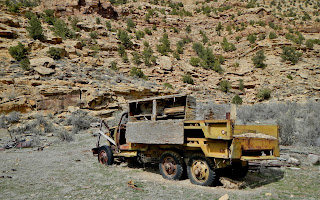 I've posted about the rock art at 33.3 that can be seen as you look beyond the old truck and to the walls.  Also, at the junction to Harmon Canyon at 33.6; pull over and follow the rock art as it simply stretches across the walls...amazing!  The "Towers" are visible southward at 34.3, but turn north and see the snake on the wall about 300 feet up, and north.  34.5 and the figure resembles a centipede, or some multi-legged insect.


Between mile mark 34.8 and 34.9 is a busy area indeed; rock art plus signatures from early visitors coming through; including an advertisement for a doctor up in Nephi!

This is also where I'm going to vent a bit, about a particular bird...the crane (or heron, the Great Blue Heron to be more precise).  Last month I, and several others, attended a lecture at Edge of the Cedars State Park and Museum about birds in rock art.  It was given by an "expert" (notice the quotes) on the subject, an associate professor at Fort Lewis College in Colorado.  Basically she was more interested in getting sales for the revised version of her book from 1990, and the only worthwhile part of the lecture was a Hopi legend she related to us.  I asked about the crane rock art I had seen and photographed at Montezuma Canyon, and the relation to the crane rock art at Nine Mile Canyon.  She responded with, "They are ducks.".  I came back with, "No, they are definitely cranes; they are still seen in the area now; and the Fremont culture did extend upward through Utah."  She responded with, "No, it did not, and I am an expert on Basketweaver 1 to Pueblo 1 cultures; the Fremonts and cranes were not in Southeastern Utah."

Funny thing is, the Fremont culture dates from Basketweaver 3 to Pueblo 1, so....
Then again, she also stated that the "Owl Panel" at Nine Mile Canyon is Ute, not Fremont.

Look at the photo of the crane, and see if you believe it's really a duck....so far, no one is agreeing with the "expert". 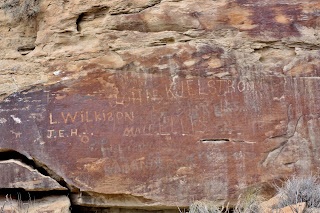 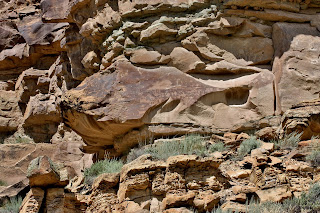 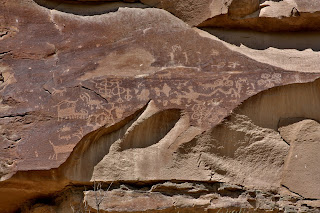 ﻿
Mile Mark 35.2 has several panels of rock art with jagged lines, snakes and various symbols and figures; while 35.5 is a panel of various animals. 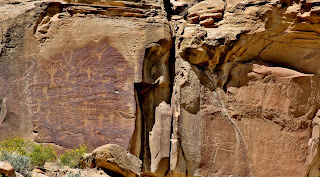 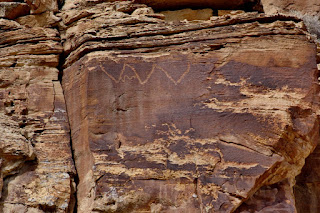 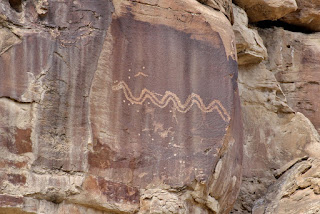 At mile mark 35.7 is what looks to me as snowflakes and a hunting scene.  35.9 is a series of three panels featuring patterned lines, mountains goats, and...dare I say it...a crane! 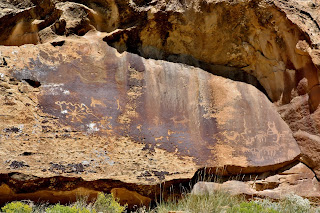 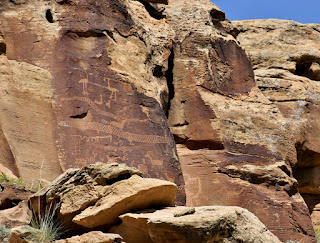 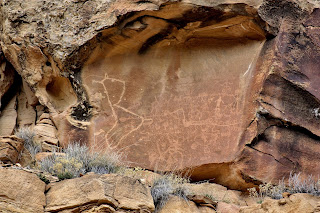 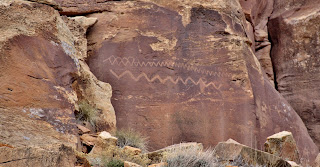 ...and this is where I'm stopping Part Five on Nine Mile Canyon.  Hope you're enjoying the photo fest, but seeing it all up close and personal is the truly spectacular moment.