Rock Art at Both Ends of the Steel Bender Trail.

Rock Art, Pictographs, Petroglyphs, Cave Art, Stone Carvings; so many names referring to the amazing drawings left behind by the ancient Native Americans in the Southwest. Many of the symbols and drawings are self-explanatory, the meaning of many is still debated; the utmost important fact is that they must be preserved. 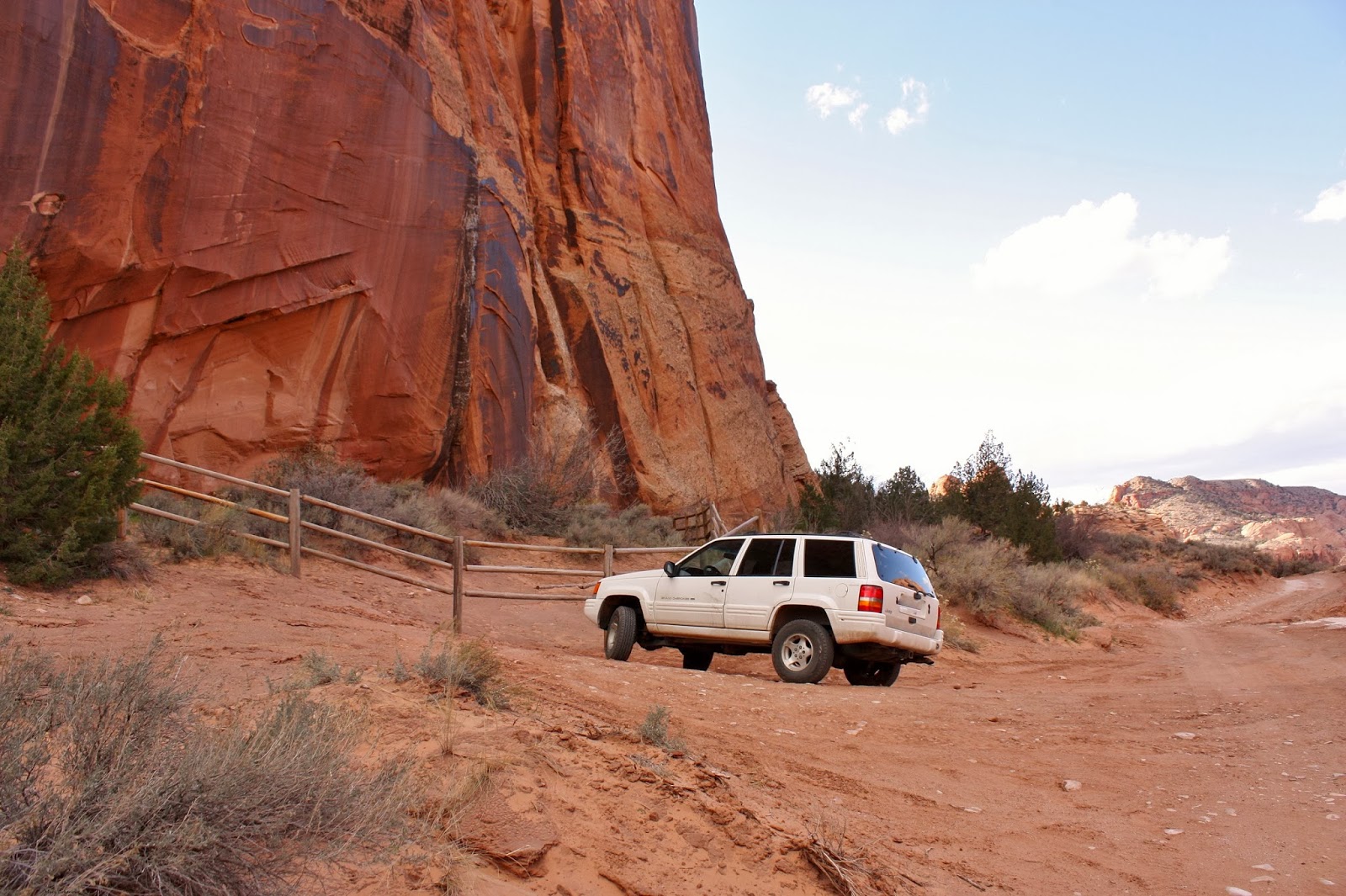 I'm going to continue from where I left off in my previous post about Ken's Lake, Flat Pass and Steel Bender with the amazing artwork found there. The area has a wooden fence around a good portion of the wall, but climbing up and walking the very narrow, sandy ledge gave us the opportunity to view more than what was just in front of our faces. This wall also contains a bit of Moab history; carvings from visitors or settlers of the Moab area with names and dates. Then there is the graffiti and obvious vandalism of modern day visitors...those people are simply, for lack of a better term, "assholes"; alright, I'll be more polite, "careless and rude". Still like the term "asshole" better though.

In many of the photos, I had to darken them up a little to make the artwork or carvings stand out.  Once I post the photos of the other end of Steel Bender which is Westwater Drive in Moab, you'll be able to see how much of the artwork is similar.  With the carvings, I'm going to caption what I can read on them.

Rock Art and Carvings of Steel Bender - from the Flat Pass Trail. 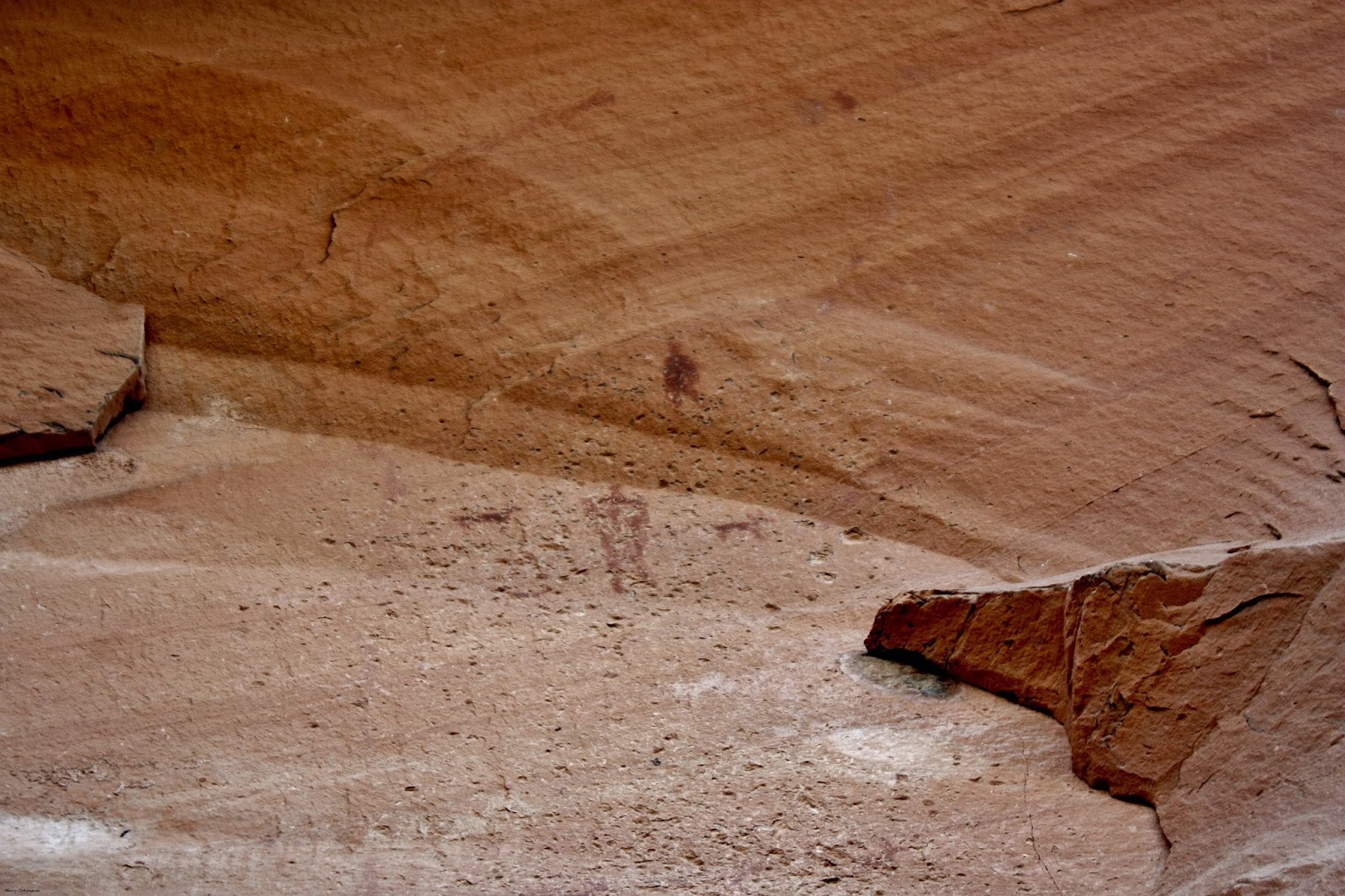 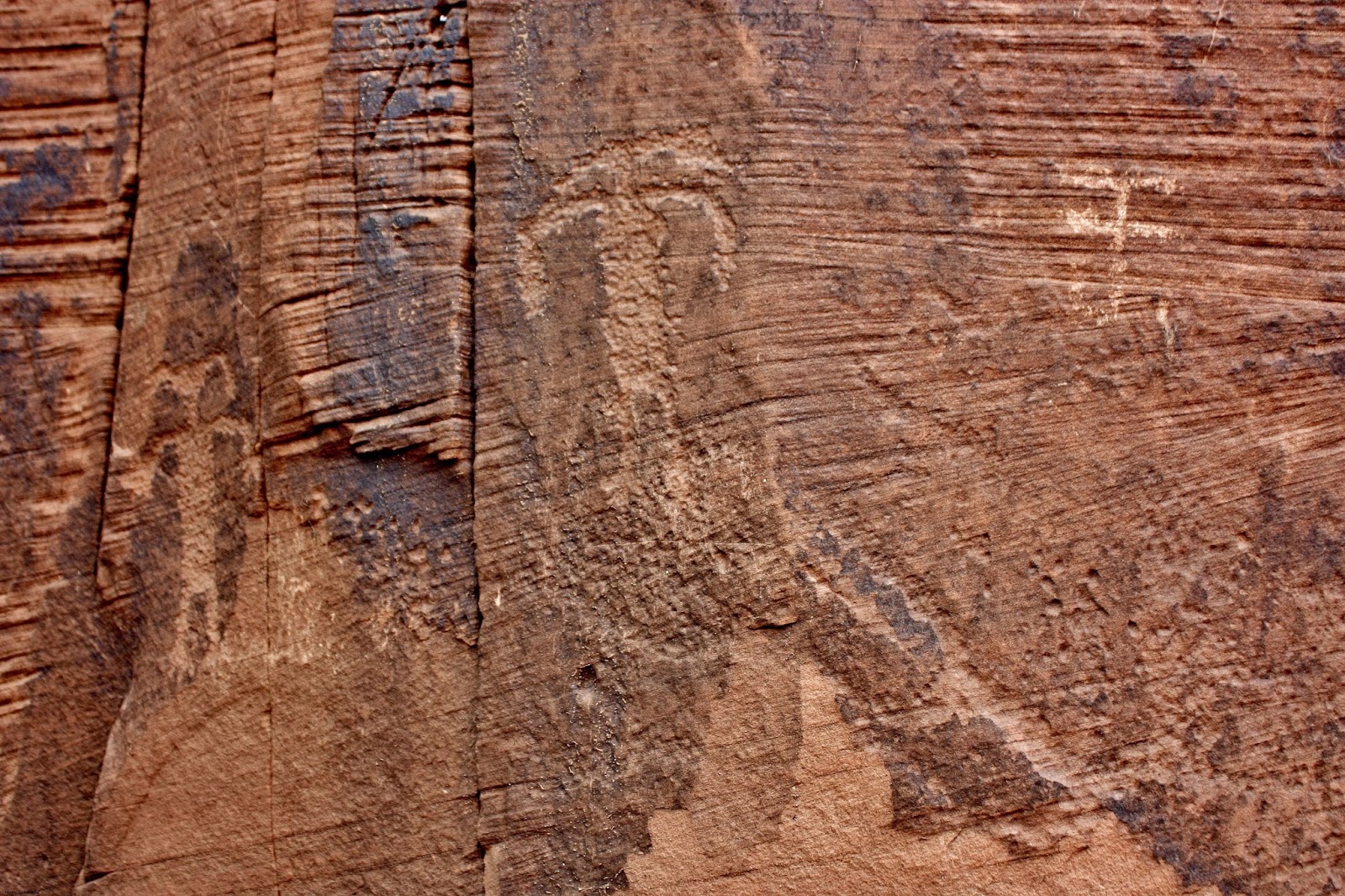 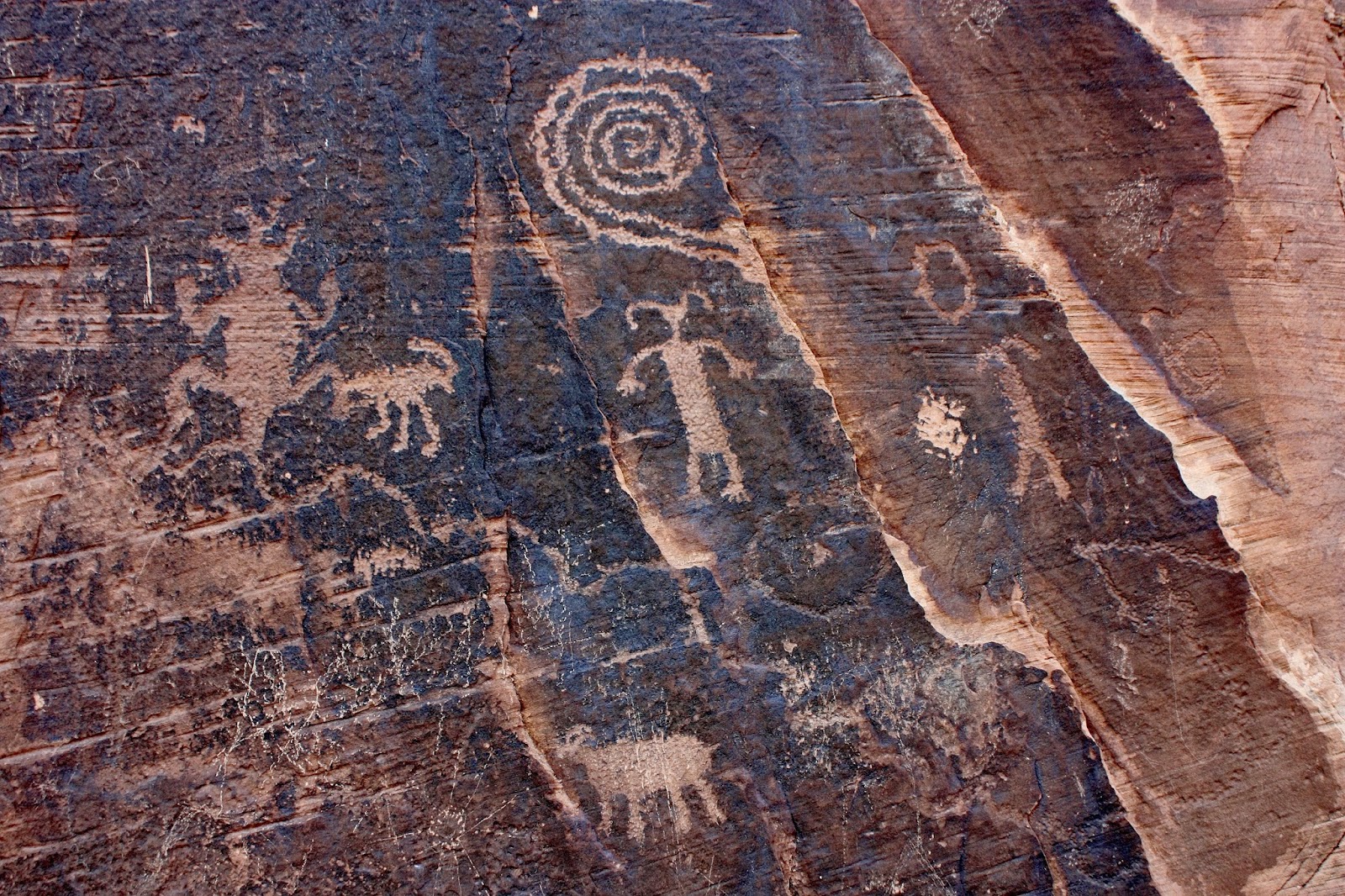 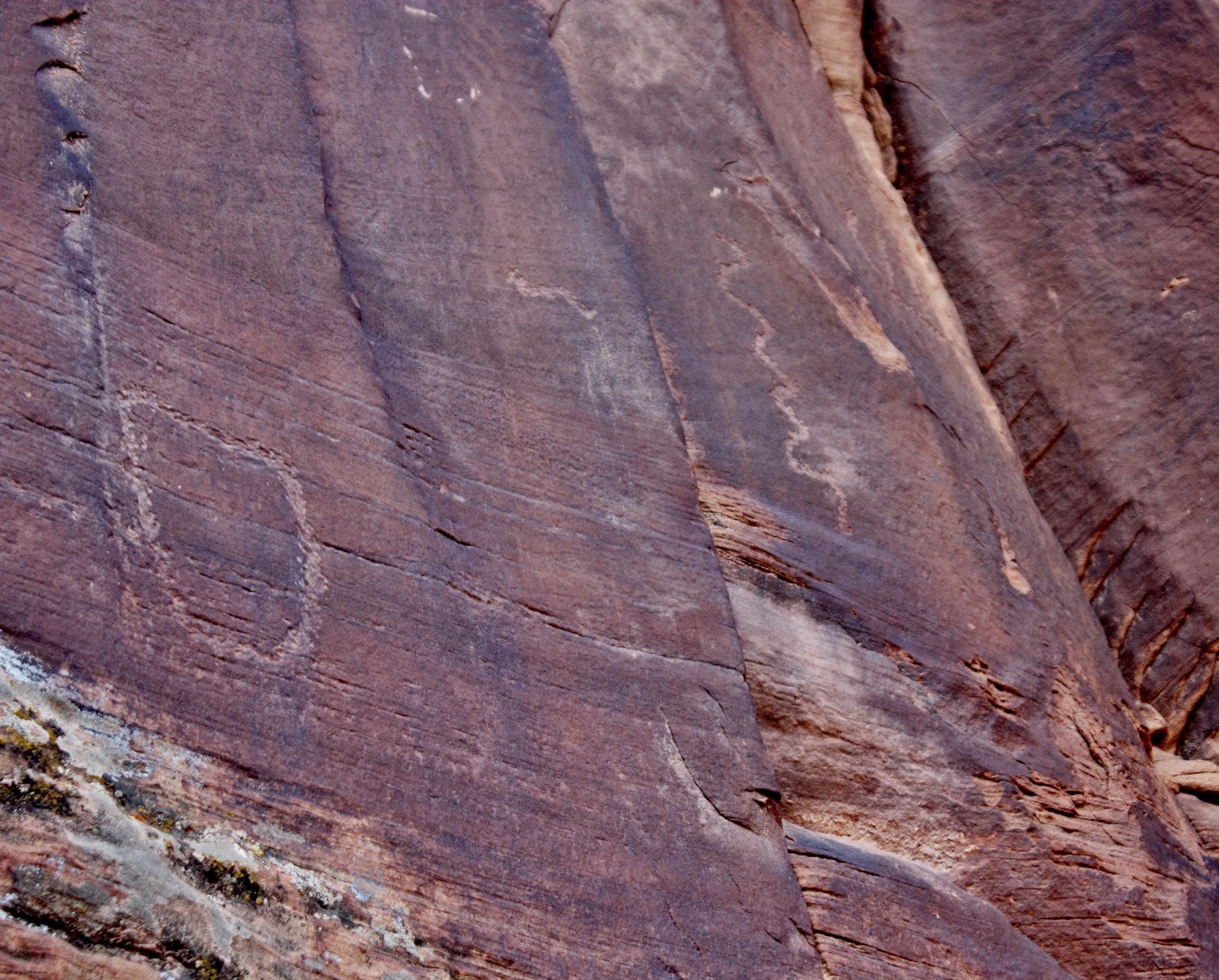 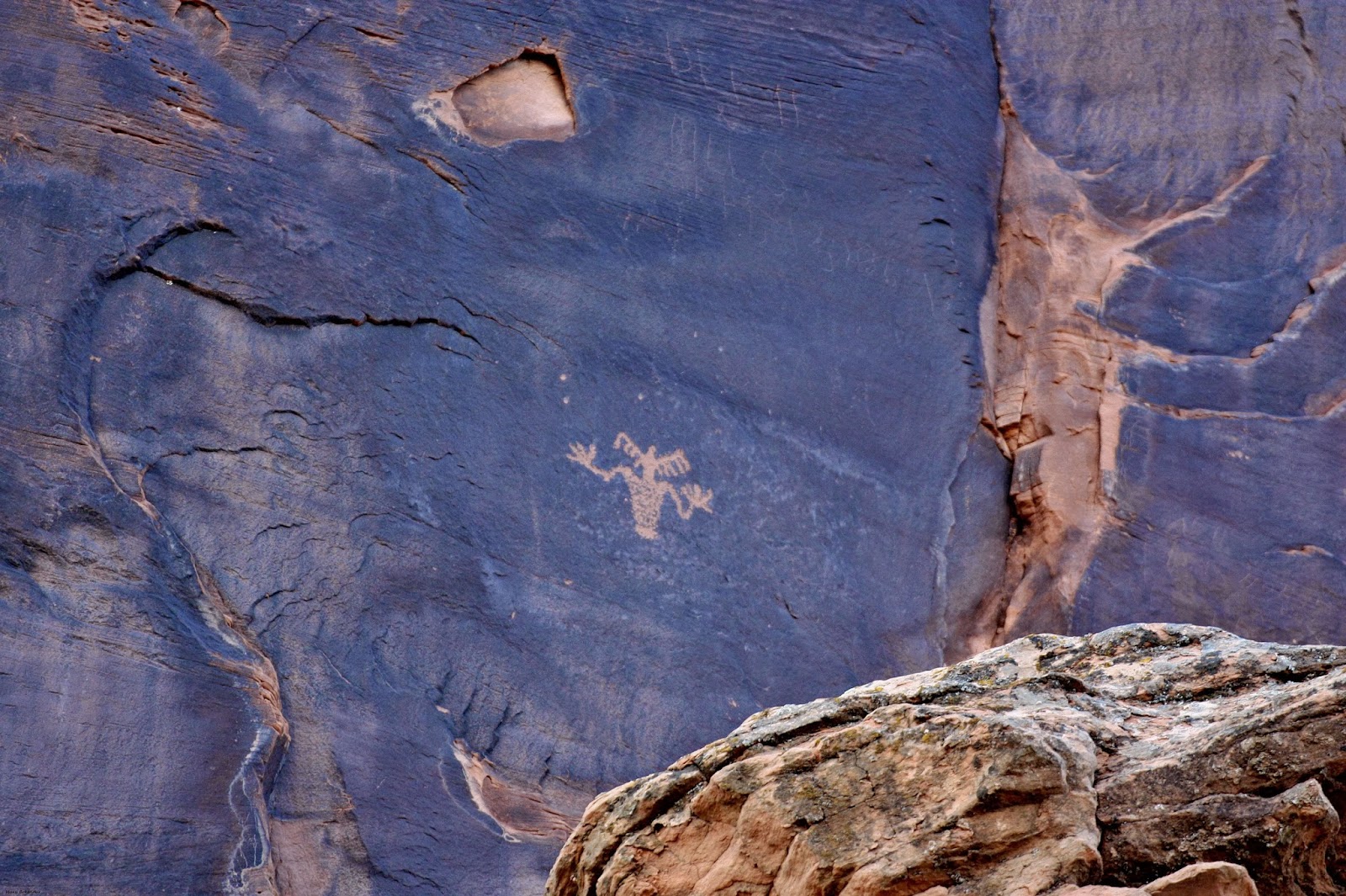 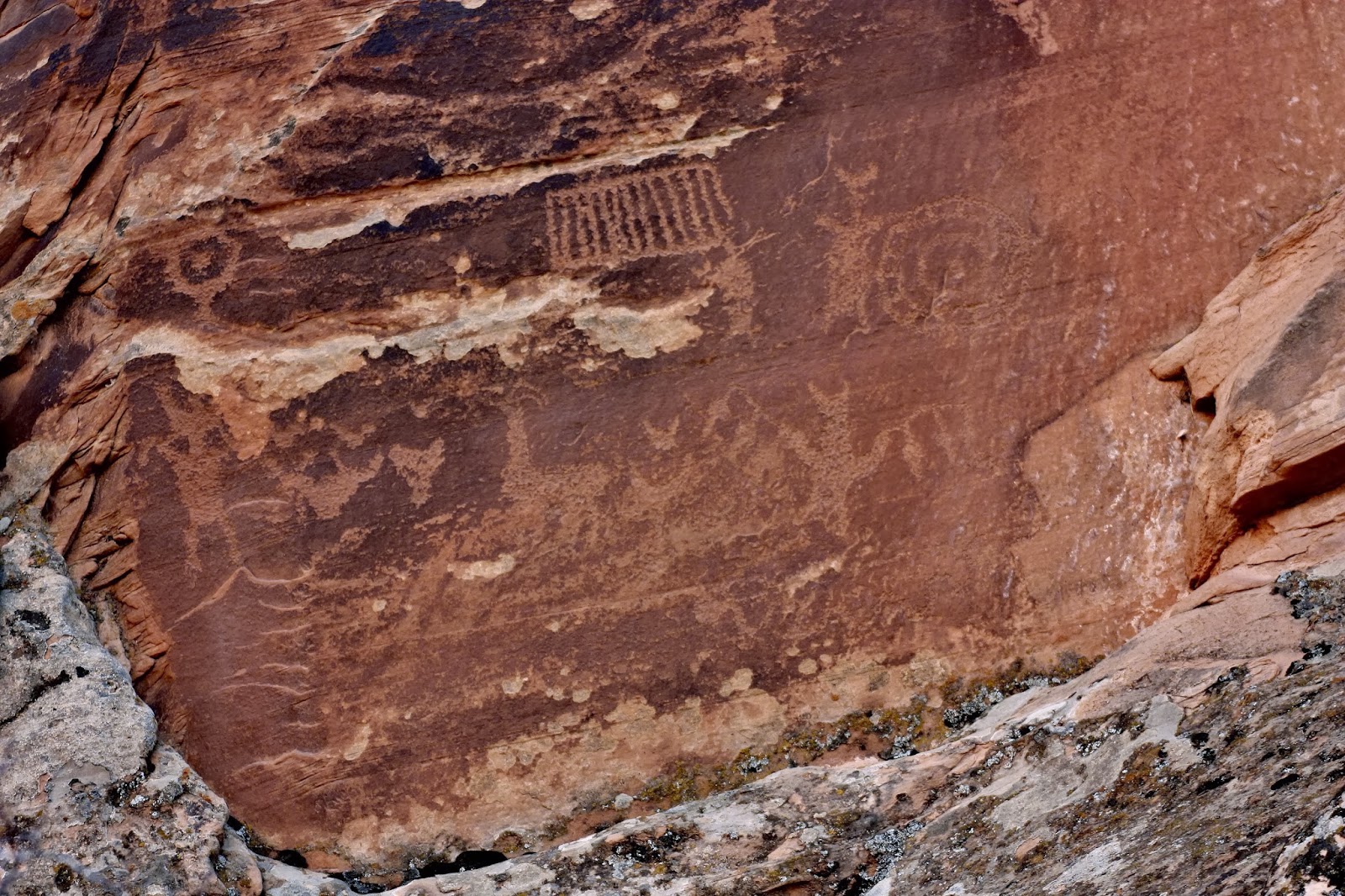 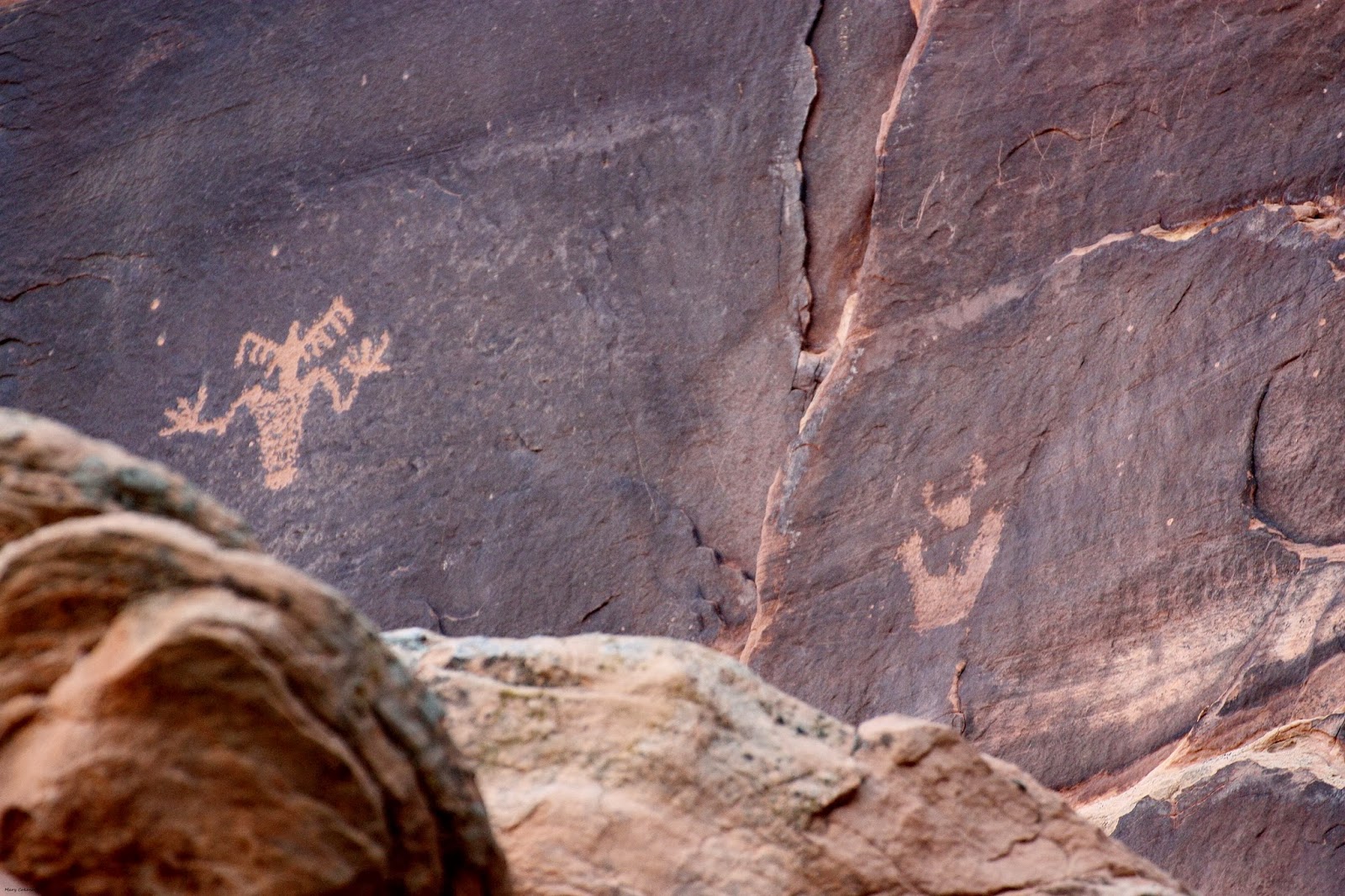 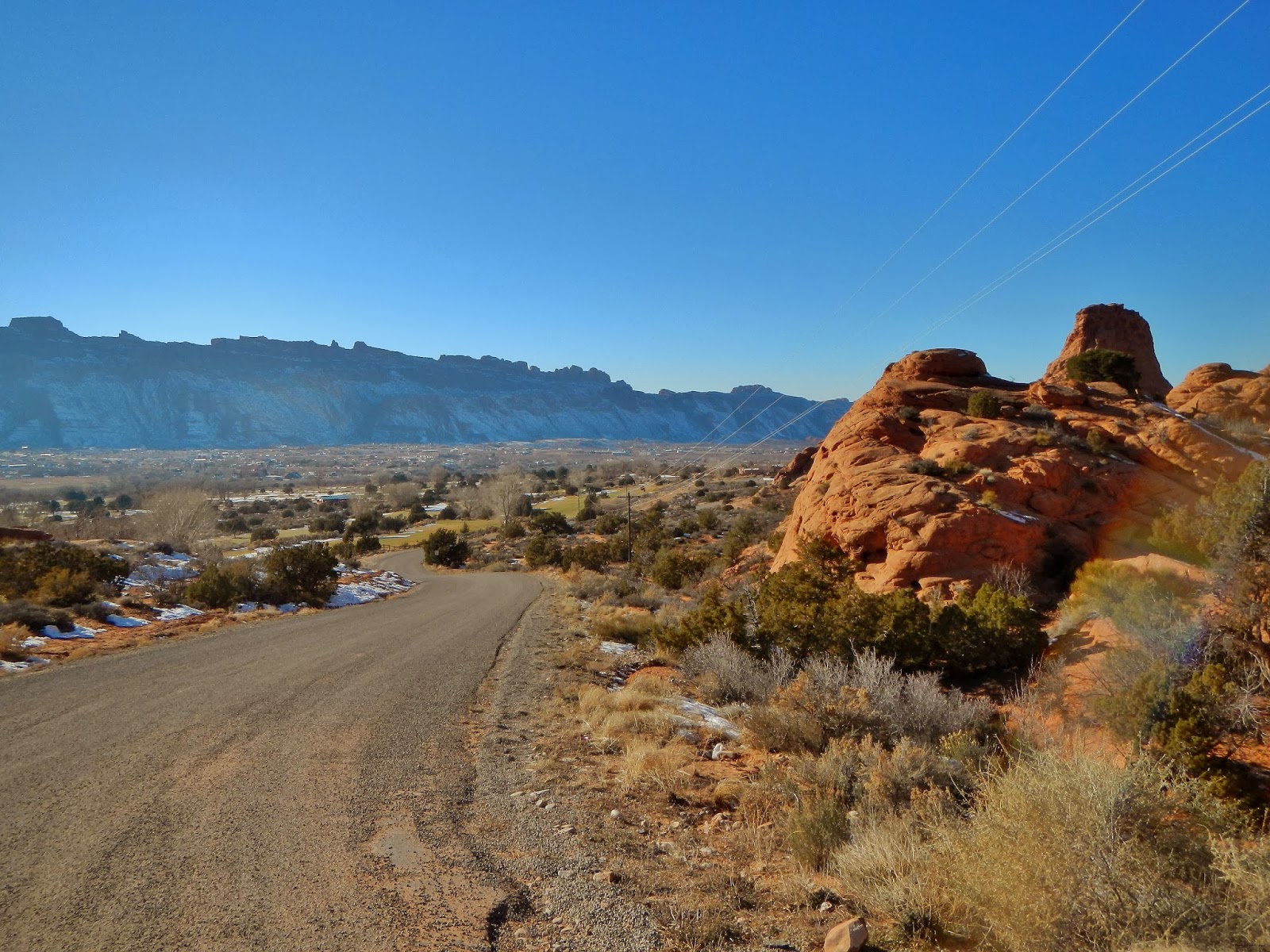 The other end of Steel Bender Trail has its origin on Westwater Drive, Moab; near the Moab Golf Course.  It has become a built up area of the rich with half million dollar and up homes; many with private driveways and obvious security and surveillance.  The easiest access to the wall of rock art is making a turn from Route 191 onto Spanish Trail Road (Shell station on the corner); follow the road straight upwards until you come to a round-about; follow the round-about to the second exit which is Westwater Drive (the first exit is the Moab Golf Course).

﻿﻿﻿﻿
﻿
Continue on this road as it twists and turns into the sandstone hills; the wall of rock art is behind a wooden fence area.

If you continue on the road to your right, the entrance to Steel Bender will become visible.  Refer to white map on previous Ken's Lake/Flat Pass write up.
The rock art on this wall has not been preserved well; much of it destroyed due to natural erosion or the carelessness of human kind.  In one section of the wall, a mineral ore can still be seen, so the destruction can, more than likely, be attributed to the ore being mined.  Graffiti is extremely obvious and many of the original Native American artwork is obscured by it.  The largest image is the famous "Moab Man"; again, many of the photos had to be darkened for the images to be seen more clearly.  This area of rock art has been written about in books, but not so the other end near Ken's Lake; yet it is similar in imagery.﻿ The petroglyphs have been dated as far back as 3500 BC; created by Paleo-Indian, Ancestral Puebloan and the Ute.
Rock Art Wall on Westwater Drive, Moab.


﻿﻿ So while much has been made about the rock art in Moab; take the short drive to the Ken's Lake area and see the other side of this amazing historical artwork.