Goulding's Lodge and its Place in Movie History. 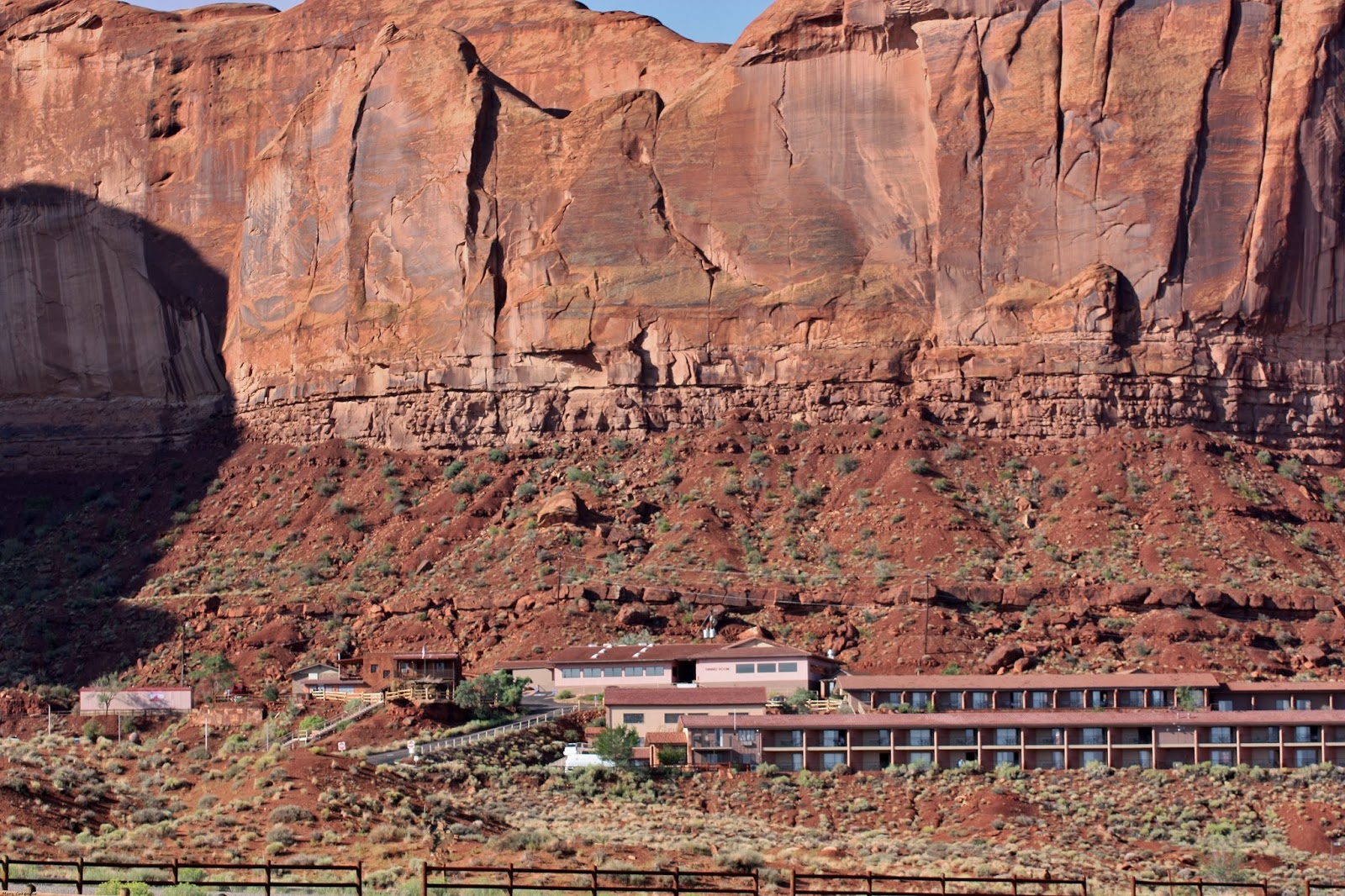 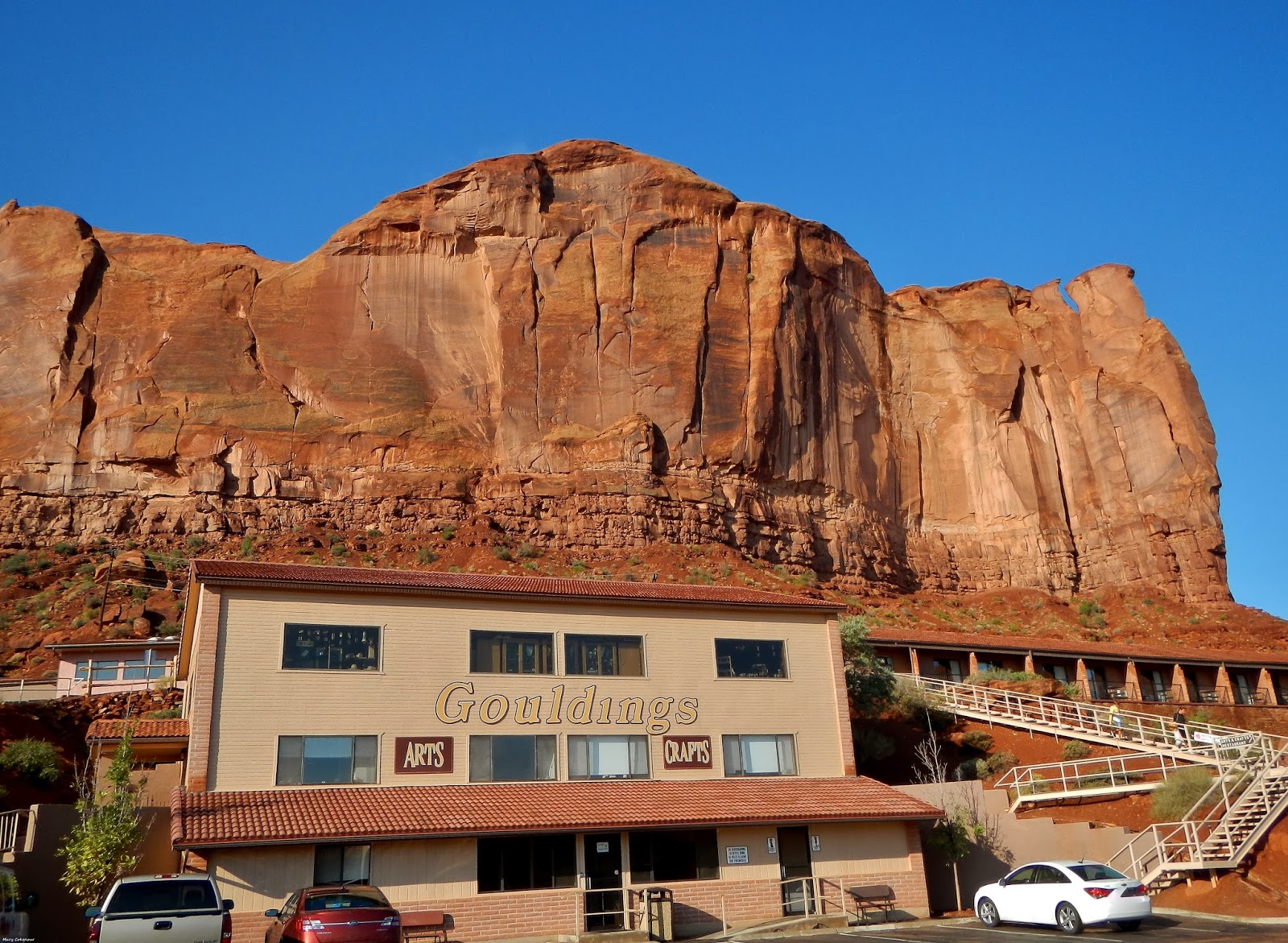 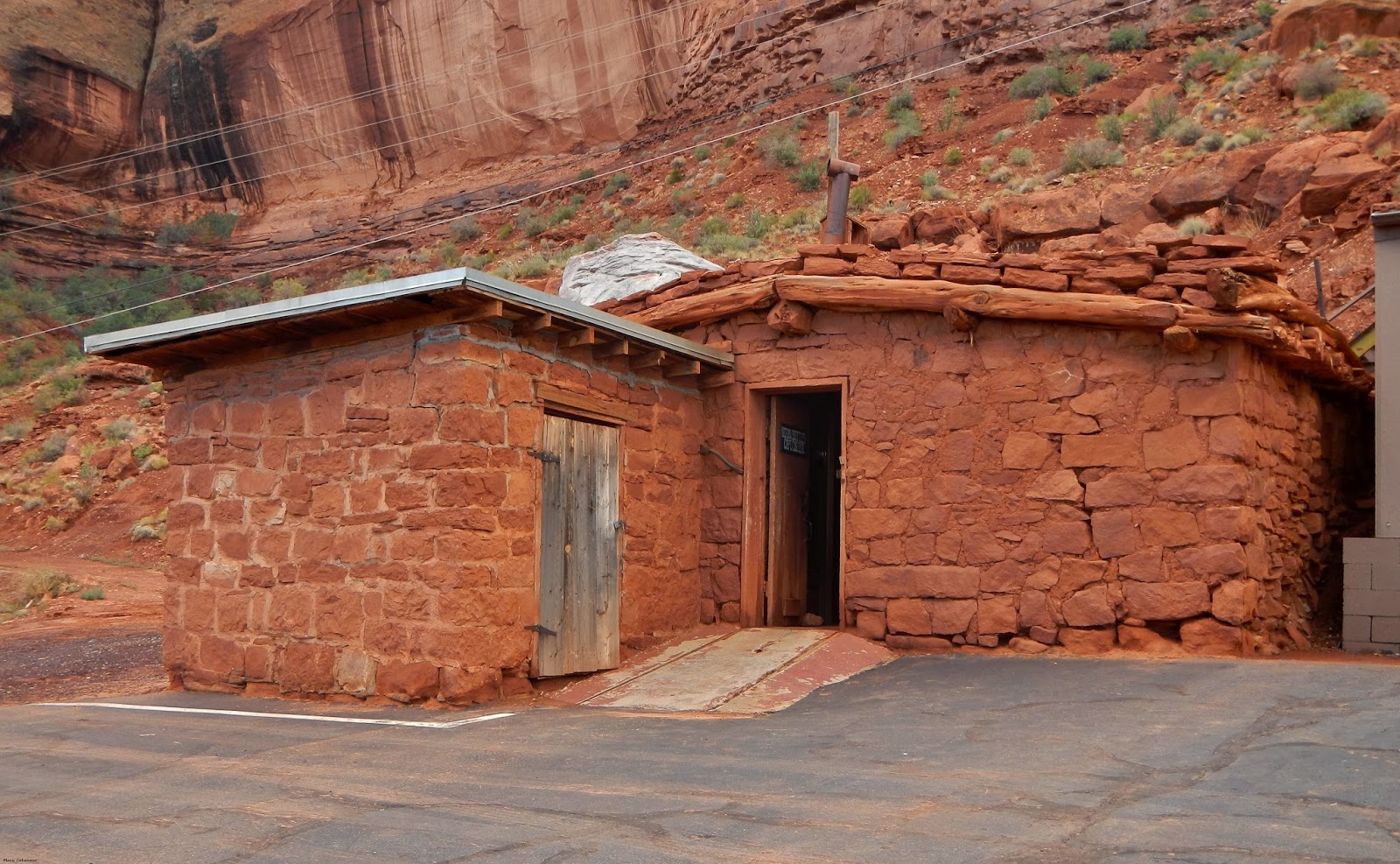 In the 1920s, Harry and Leone (nicknamed Mike) settled in Monument Valley, opened a trading post and began exchanging food and sundries with the Navajo for their handcrafted jewelry, rugs and pottery.  The road through Monument Valley was the typical rutted dirt road traveled by horse drawn wagons, and the scenery in the area has changed little, except the main road (Route163) is paved now.  The Depression Era was a true hardship for this already desolate area, so in the 1930s Harry came up with a plan to bring more business into the area.  He went to Hollywood with photos of Monument Valley and sold his idea to director, John Ford.  Ford decided to film "Stagecoach" and the career of a young, unknown actor began his rise to stardom, John Wayne.  The building used in another film, "She Wore a Yellow Ribbon" is still on site and is currently housing the John Wayne museum.


The Trading Post was also the home of the Gouldings; they resided upstairs while conducting business on the lower level.  After the movies filmed in the area became big hits on the screen, more and more travelers began visiting the area.  However there was really no where to stay; the Gouldings, however, provided accommodations as best they could, even if it was a simple tent.  Eventually the amount of tourists coming to the area necessitated the building of a separate facility...the Lodge.  The Trading Post is now a museum and the upstairs residence of the Gouldings has been preserved. 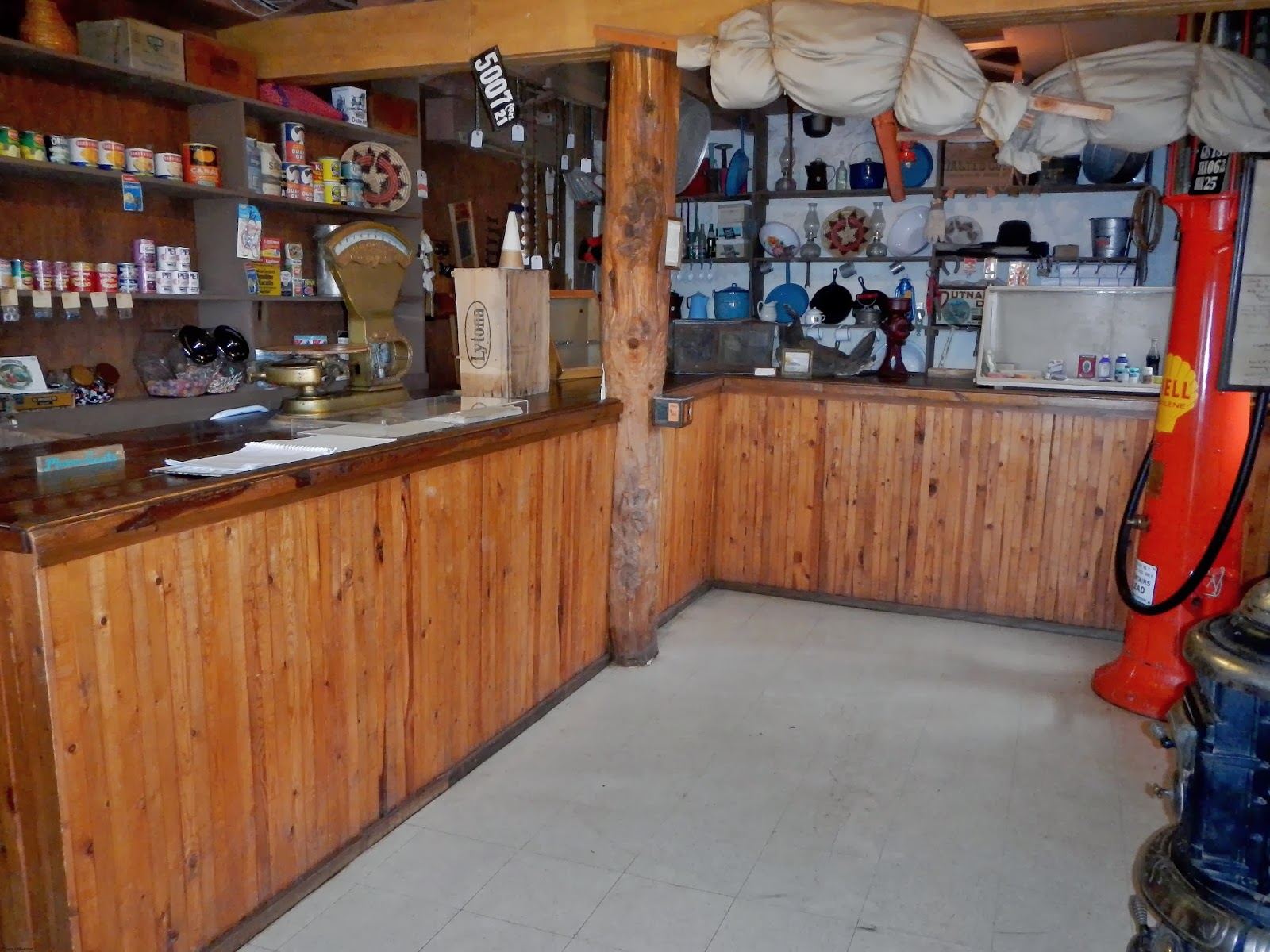 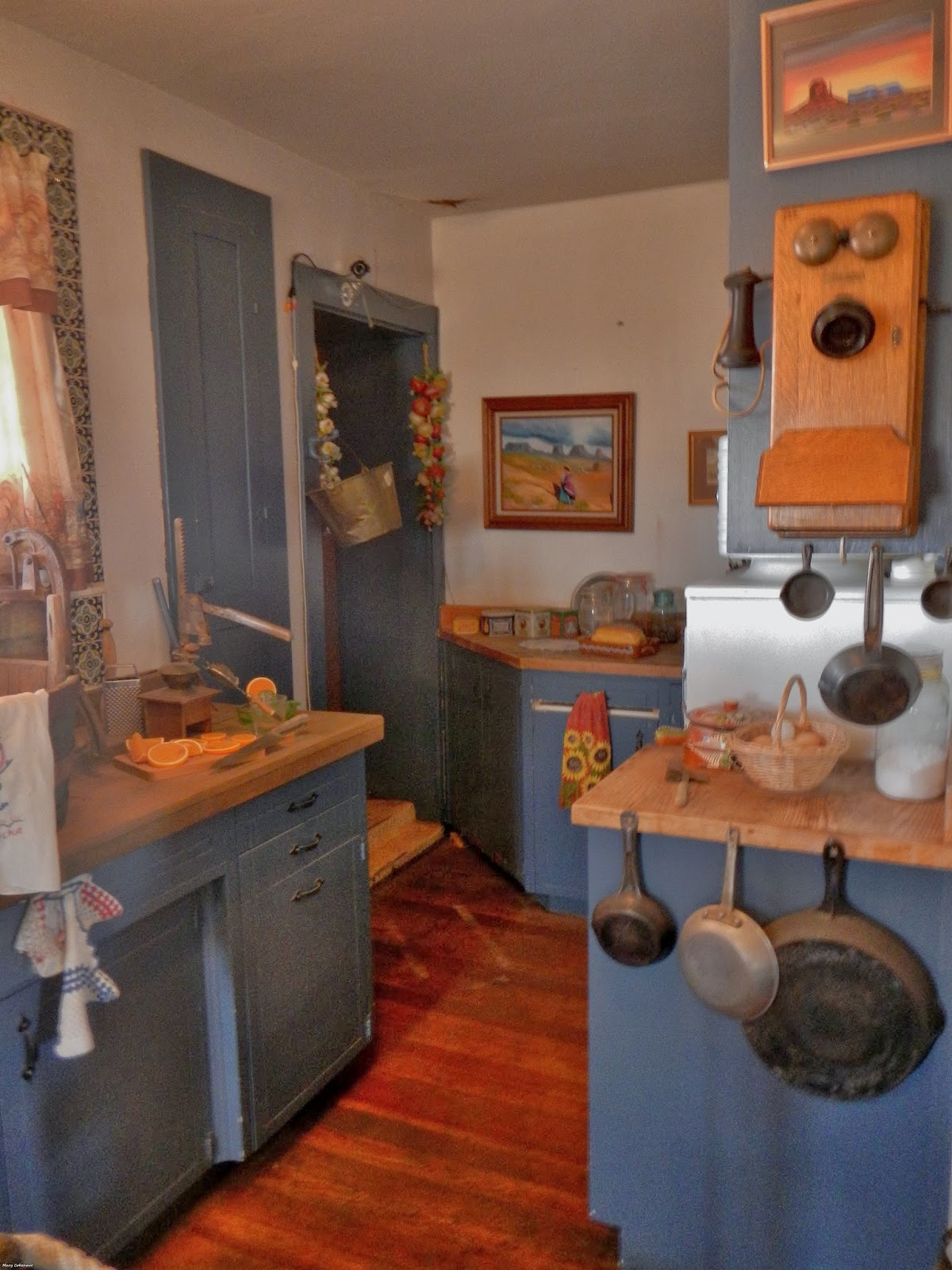 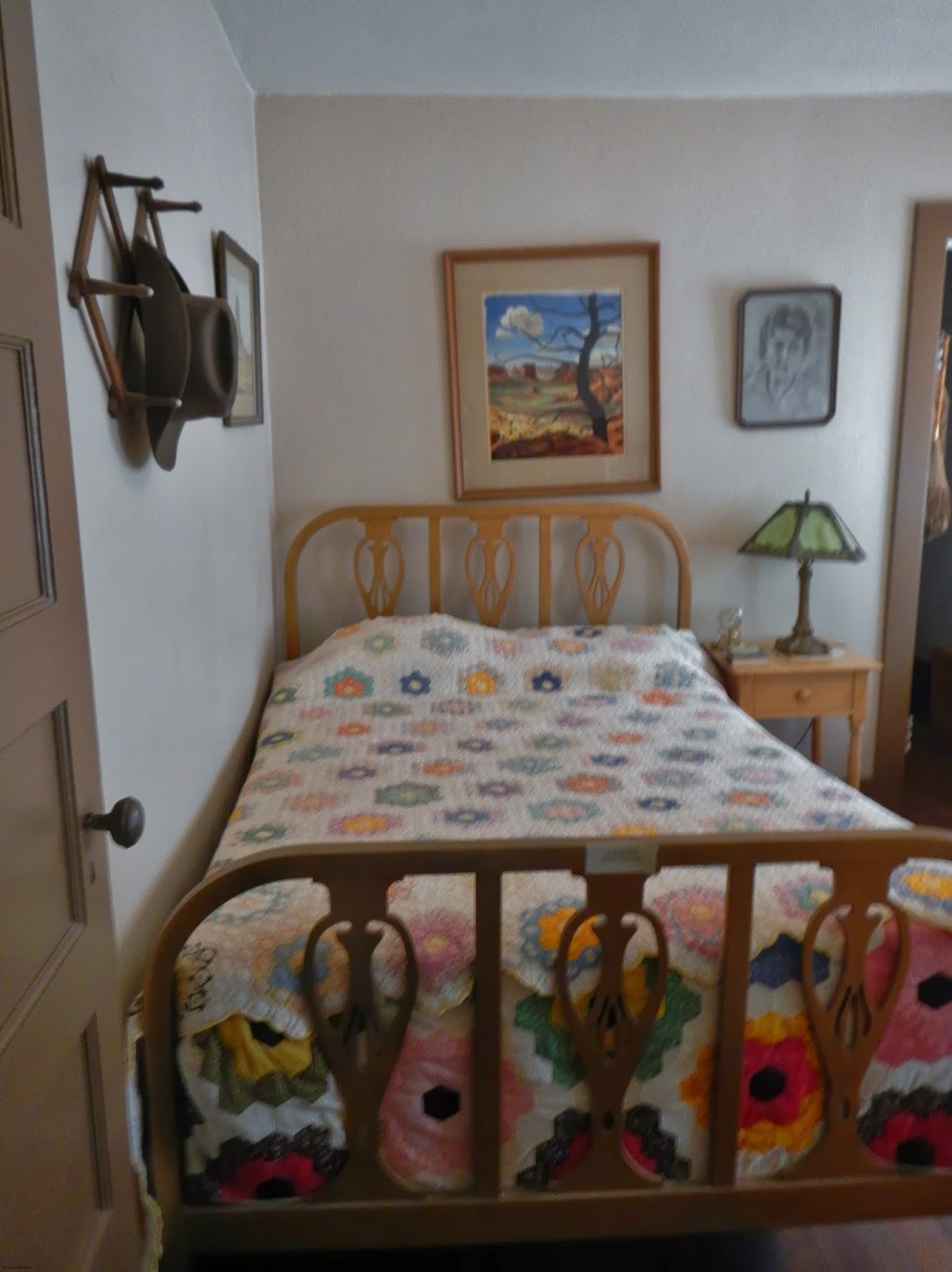 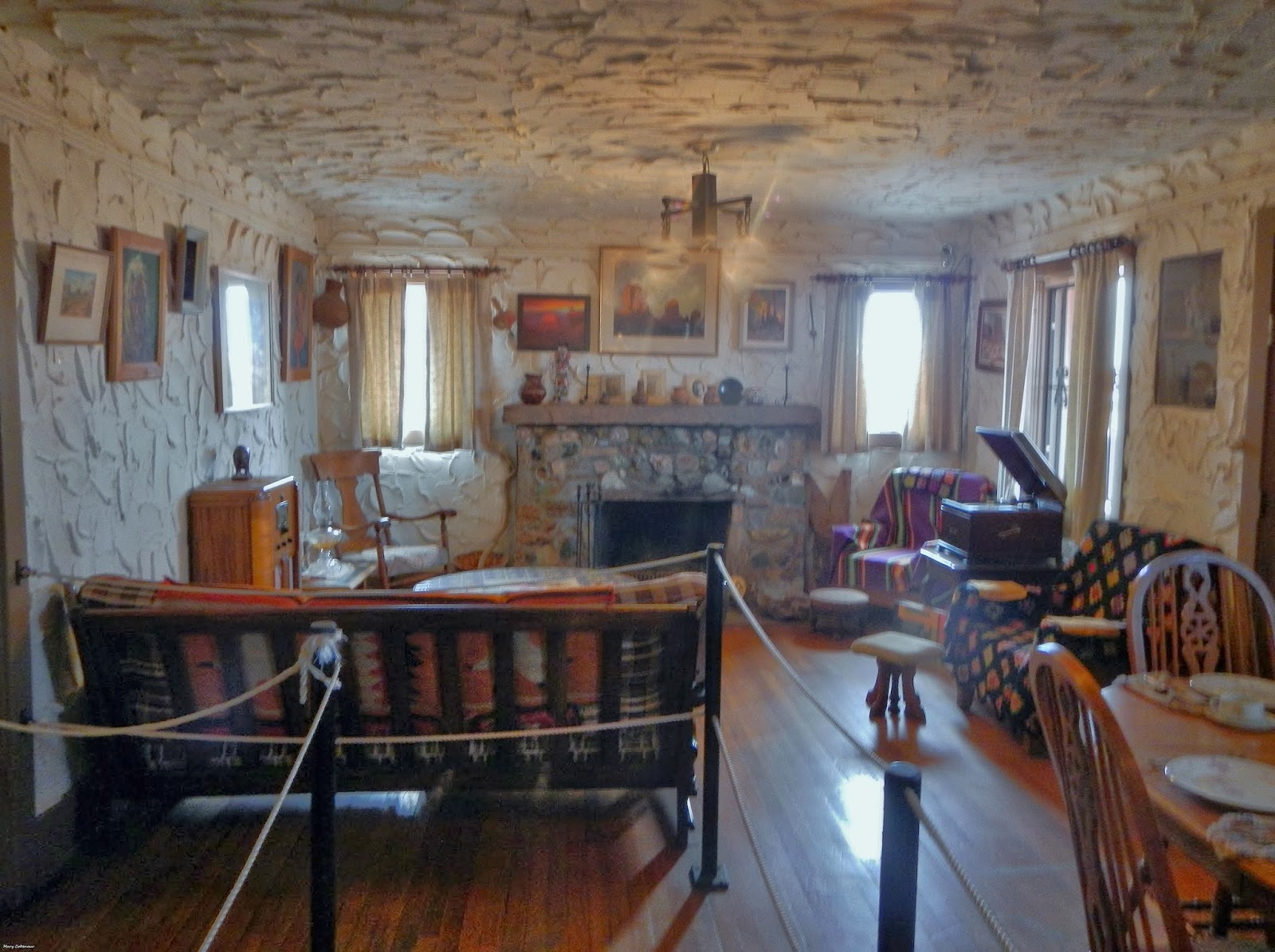 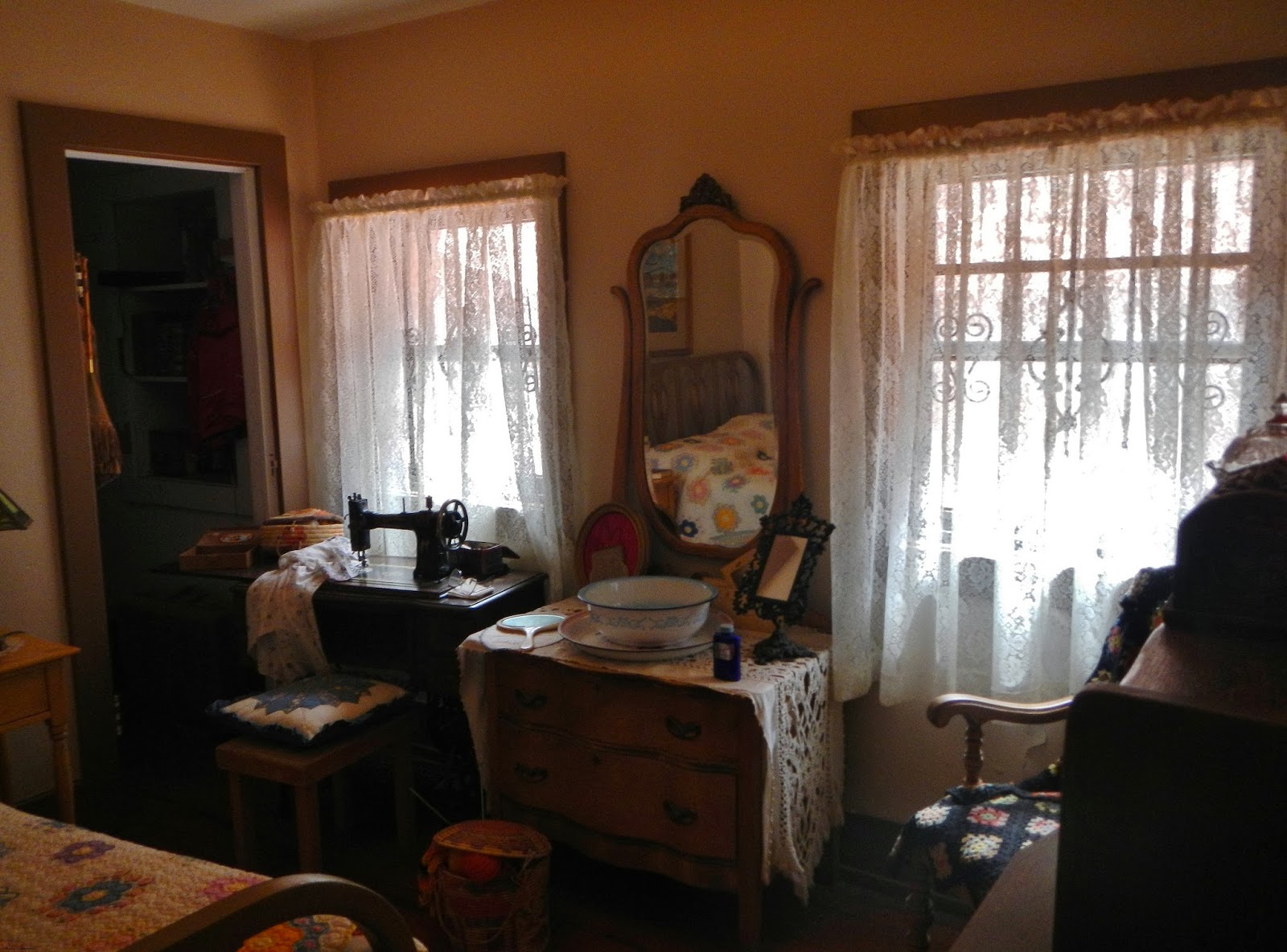 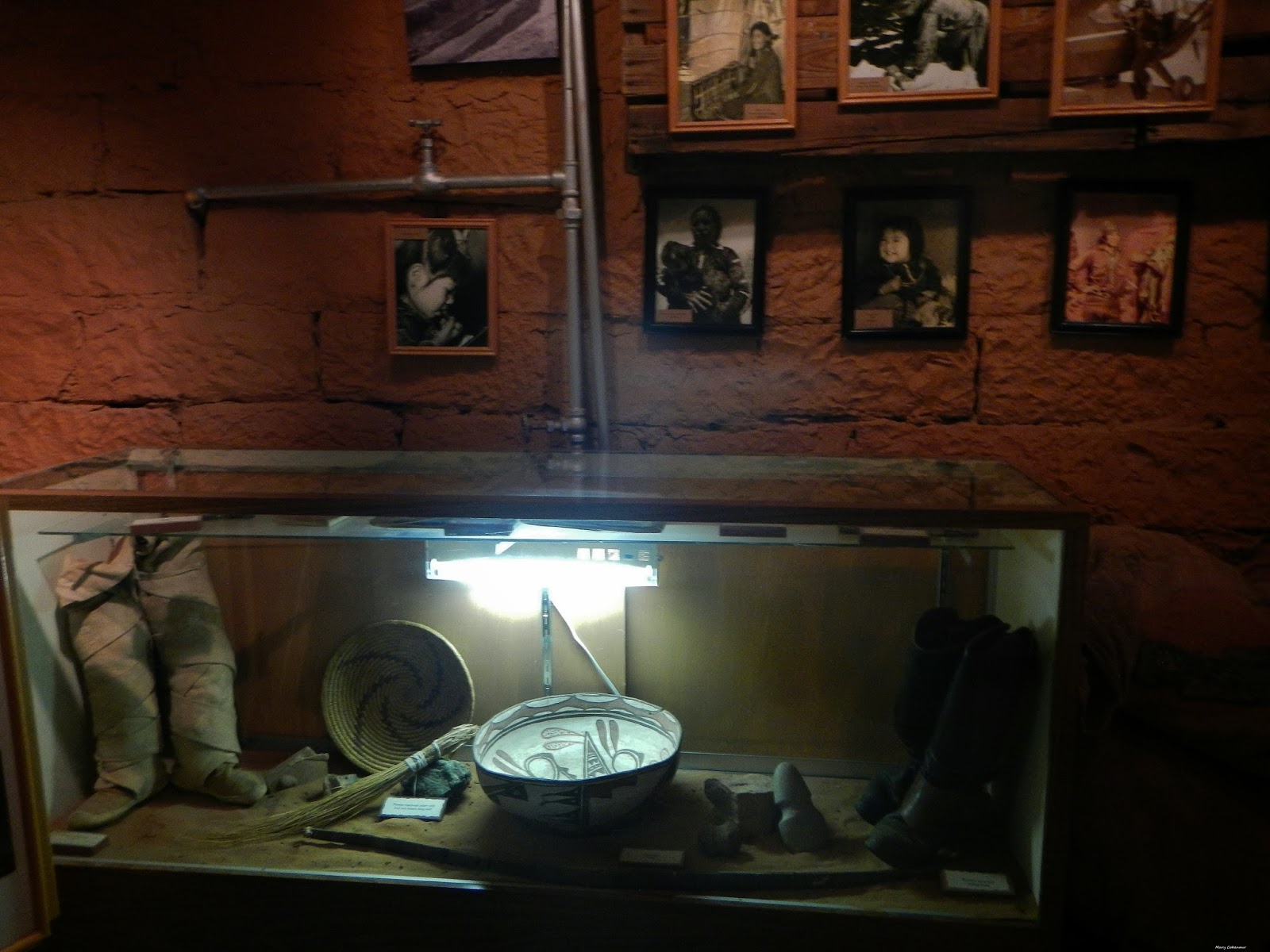 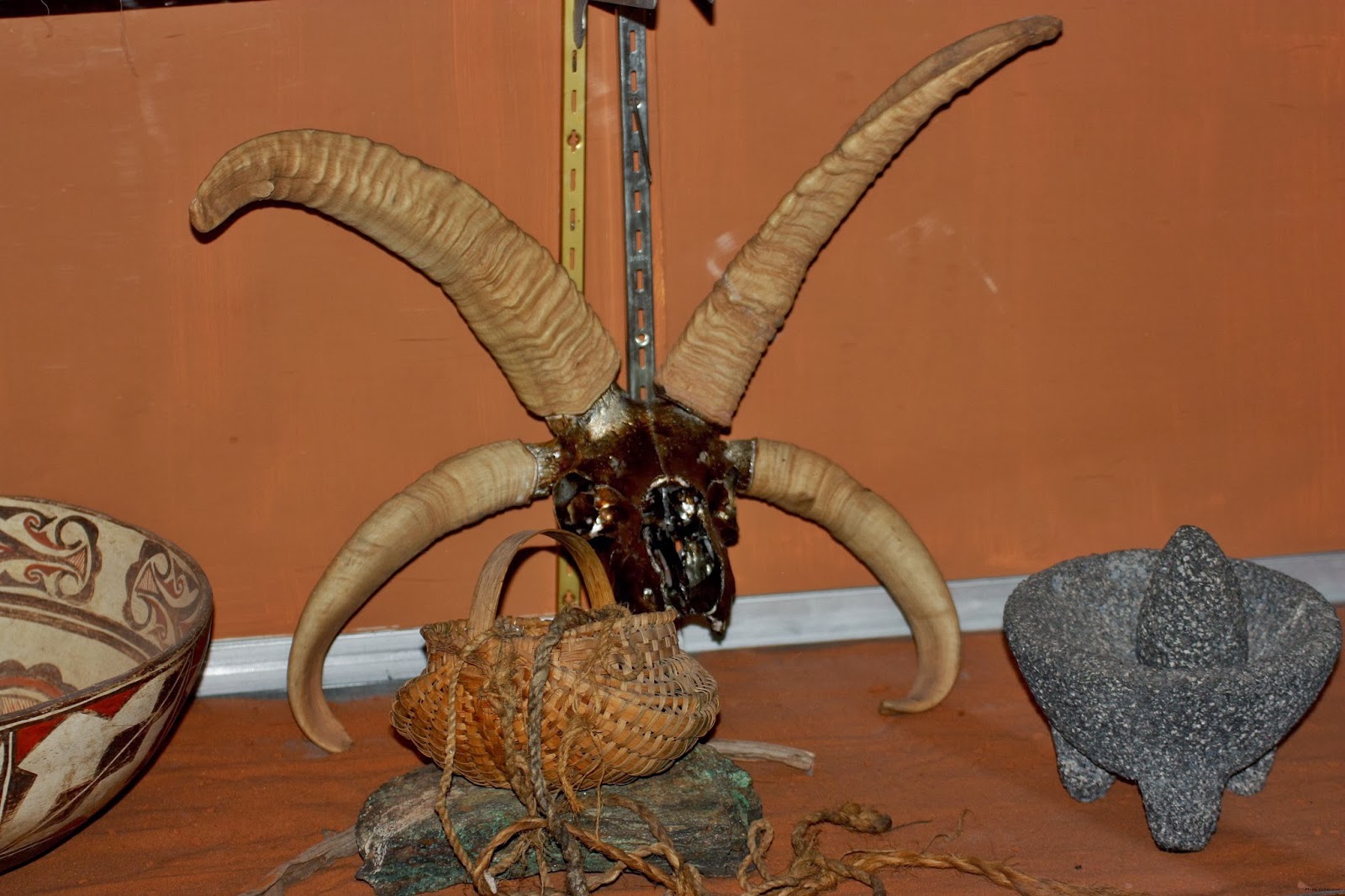 The lower level of the museum also holds displays of Native American history, and craftsmanship, of the local area; jewelry, rugs, clothing, pottery and ceremonial masks to name a few. 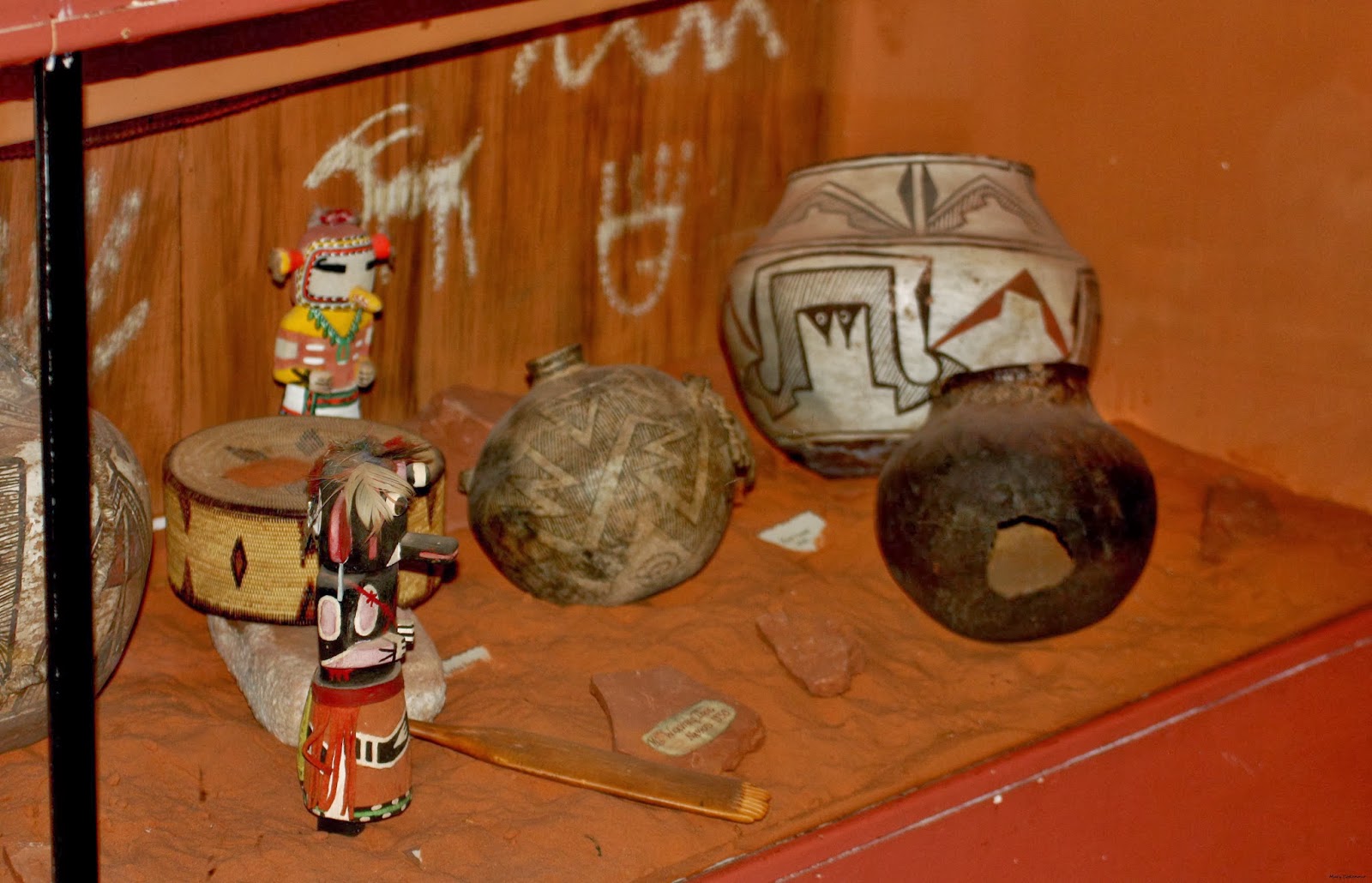 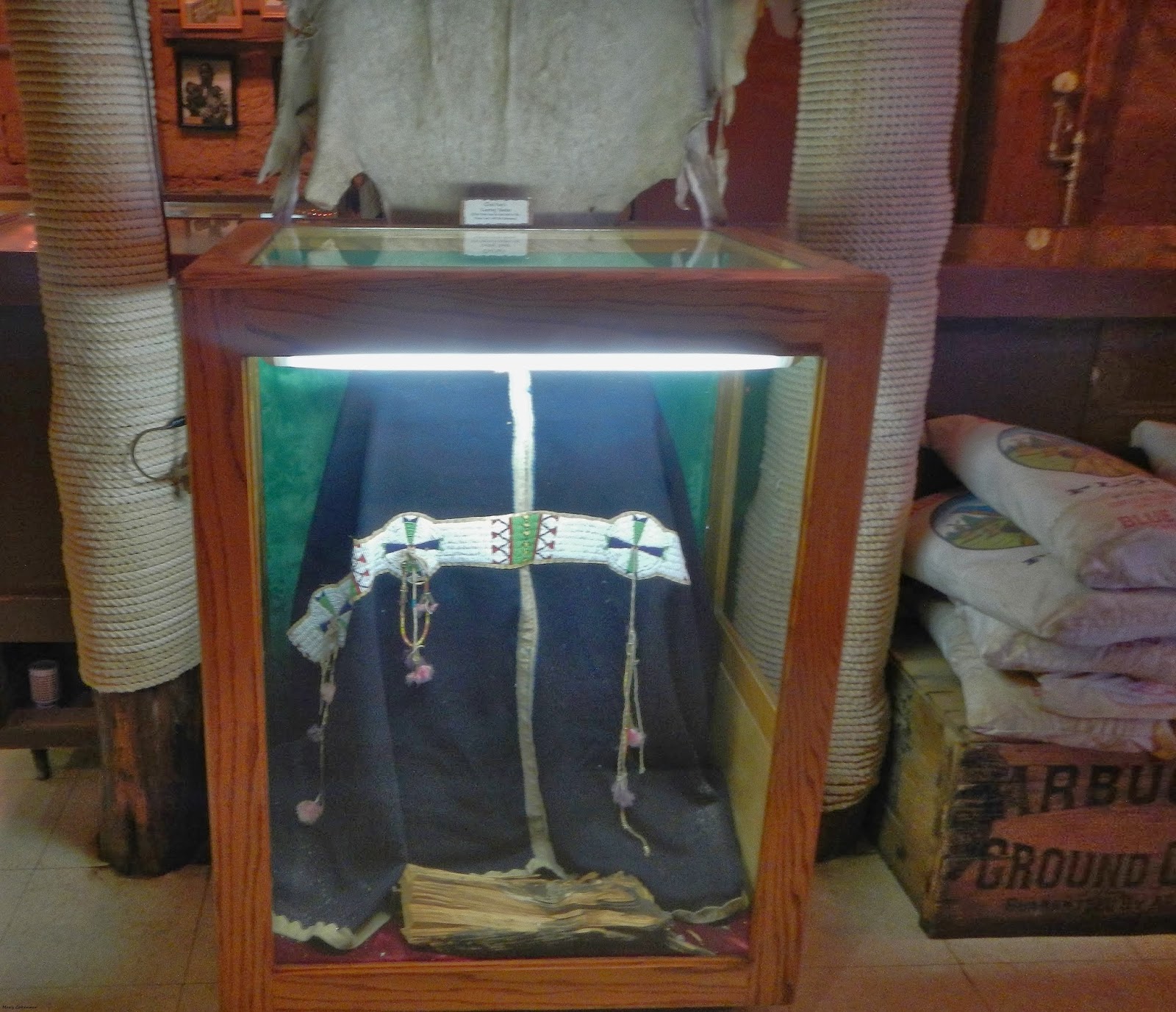 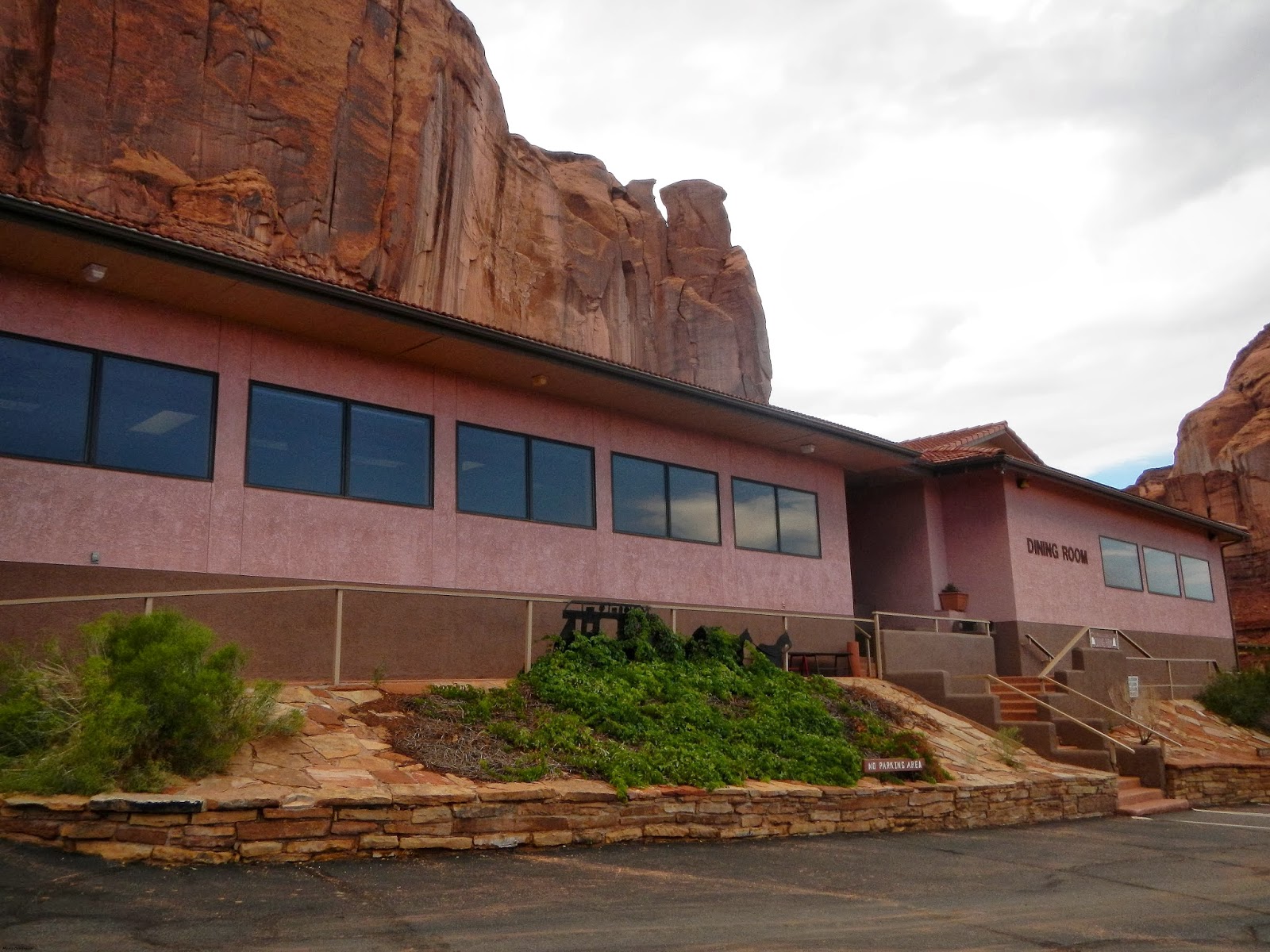 My personal experience with Goulding's Lodge is the Guided Tour of Monument Valley, and dining at the Stagecoach Dining Room which was written up on my food blog. 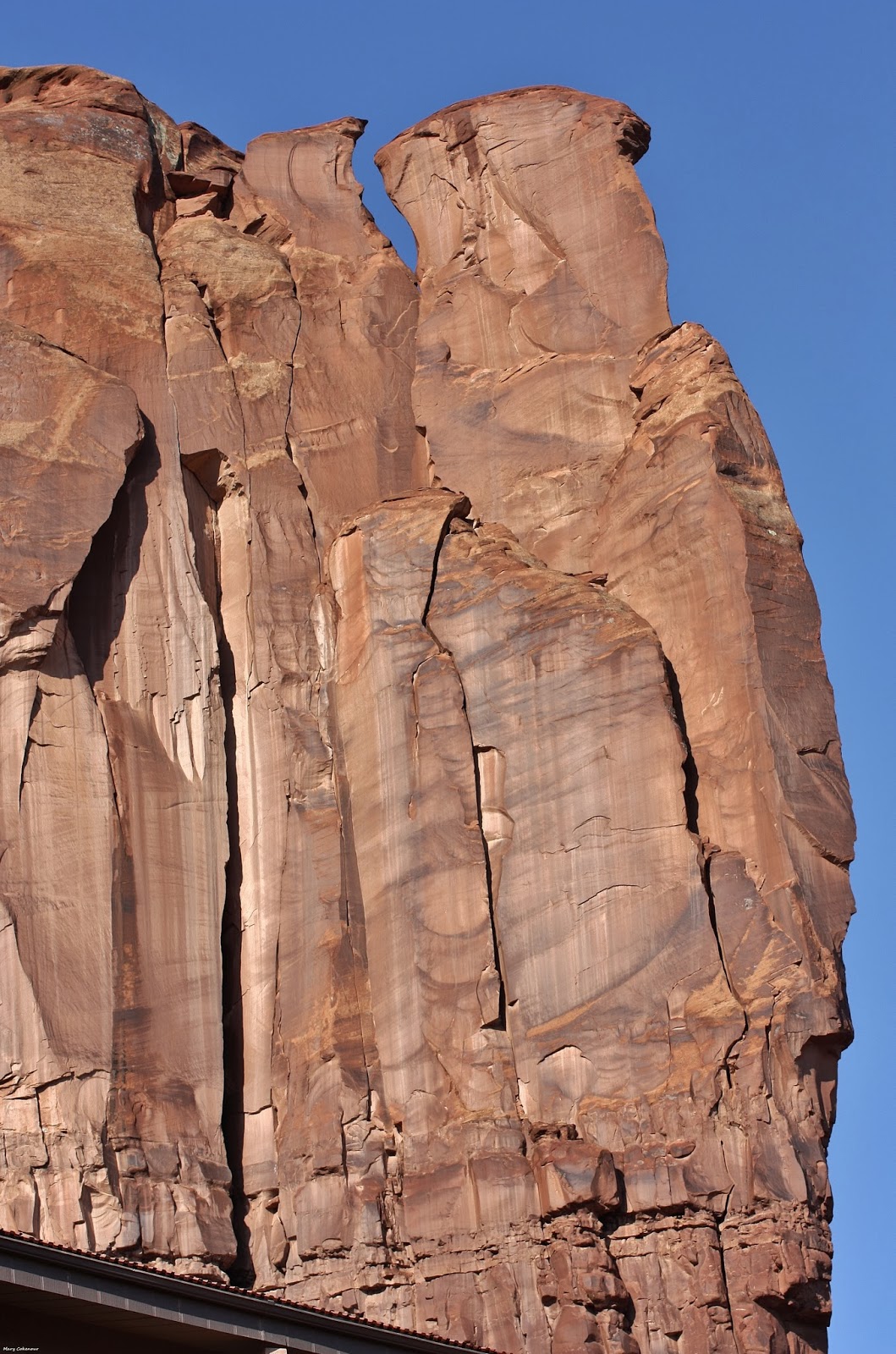 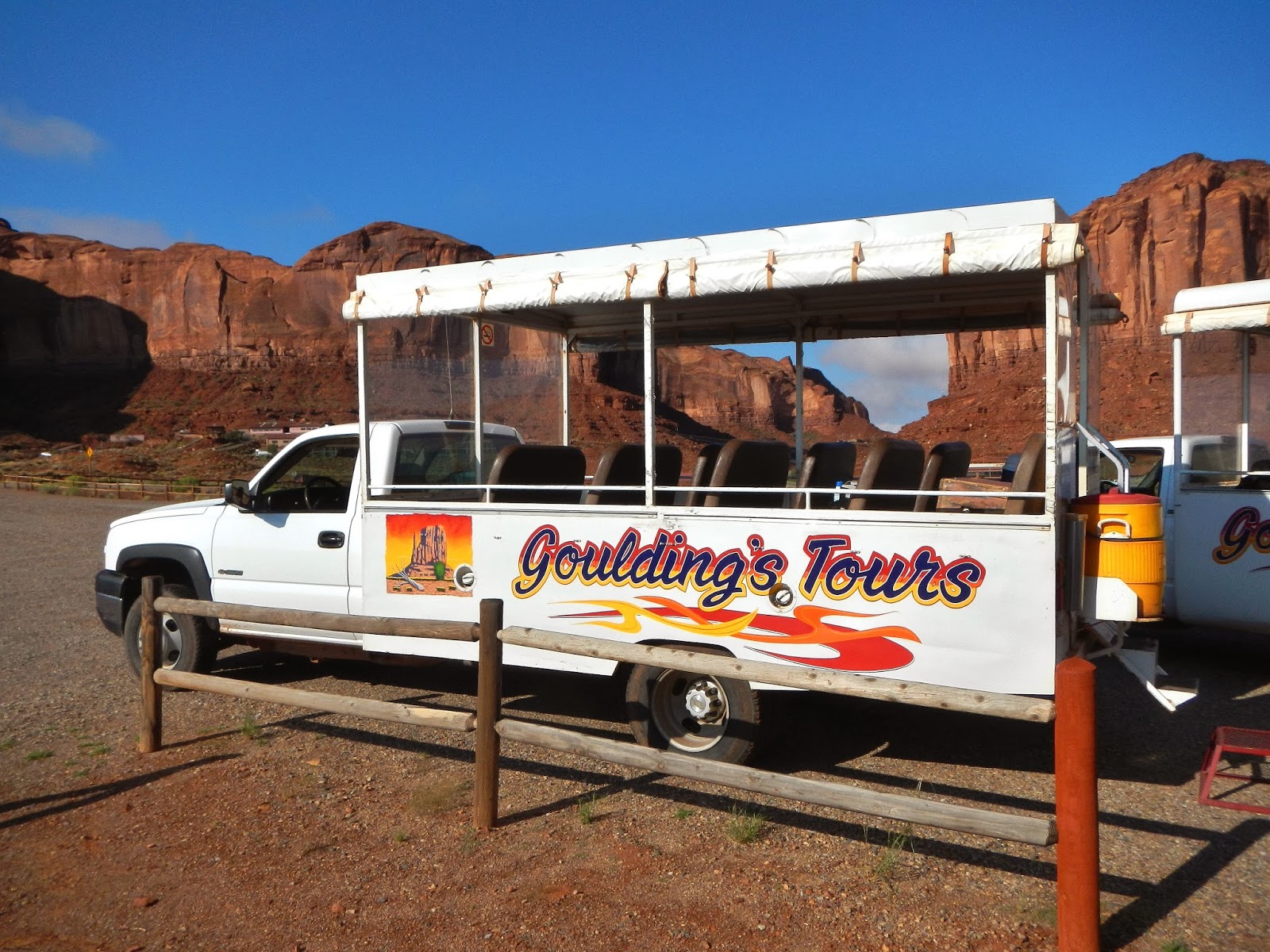 Now I'm going to give you a glance at how a guided tour from Goulding's begins.  After going to the main office and checking in, you'll get onto one of their many specialized buses.  The roads through Monument Valley are pretty much like those rutted roads the stagecoaches and wagons traveled over, just a bit more flattened down.  As I mentioned before, the landscape around Goulding's has not changed much; those sandstone walls catch and hold your eyes. 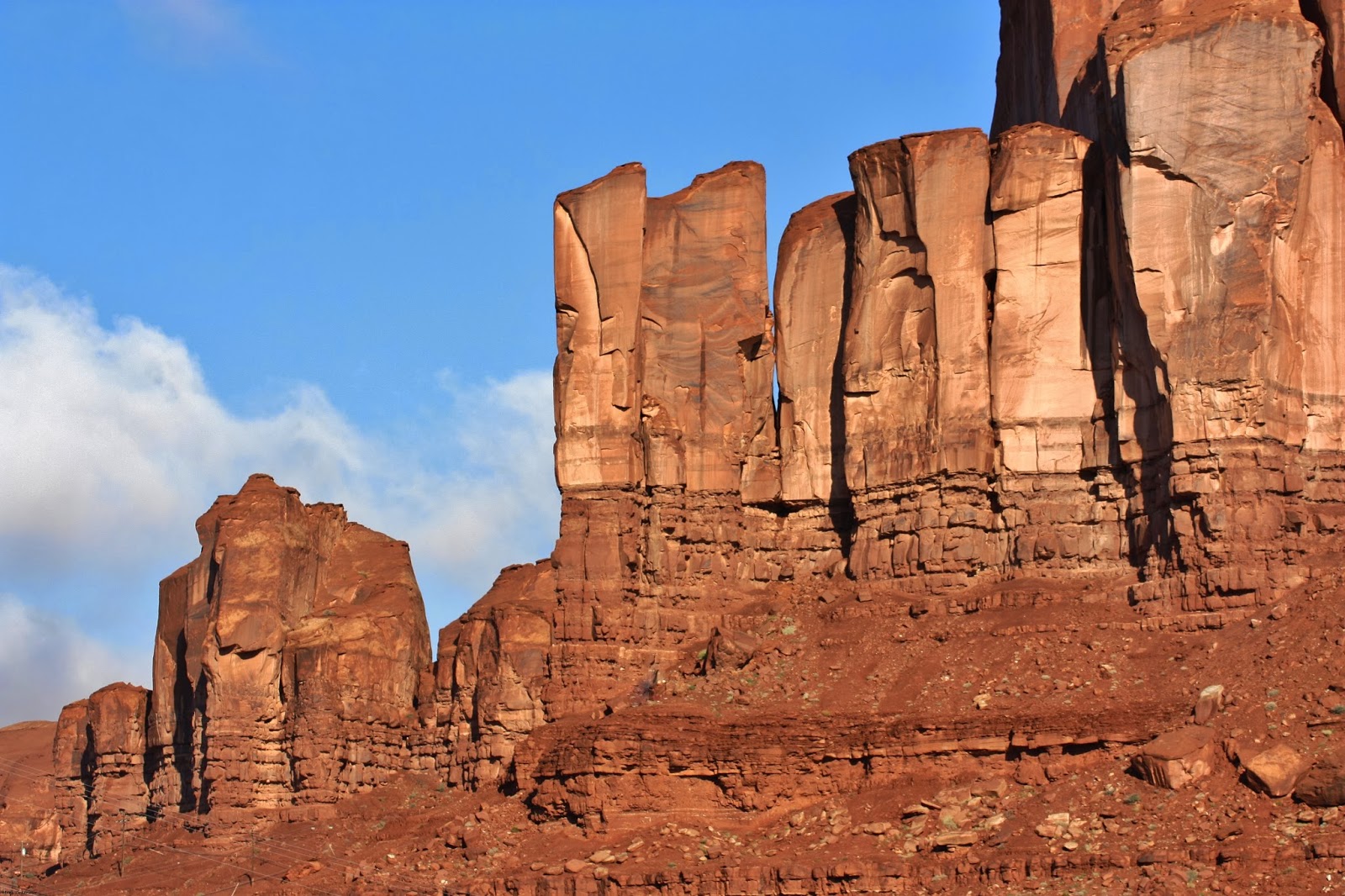 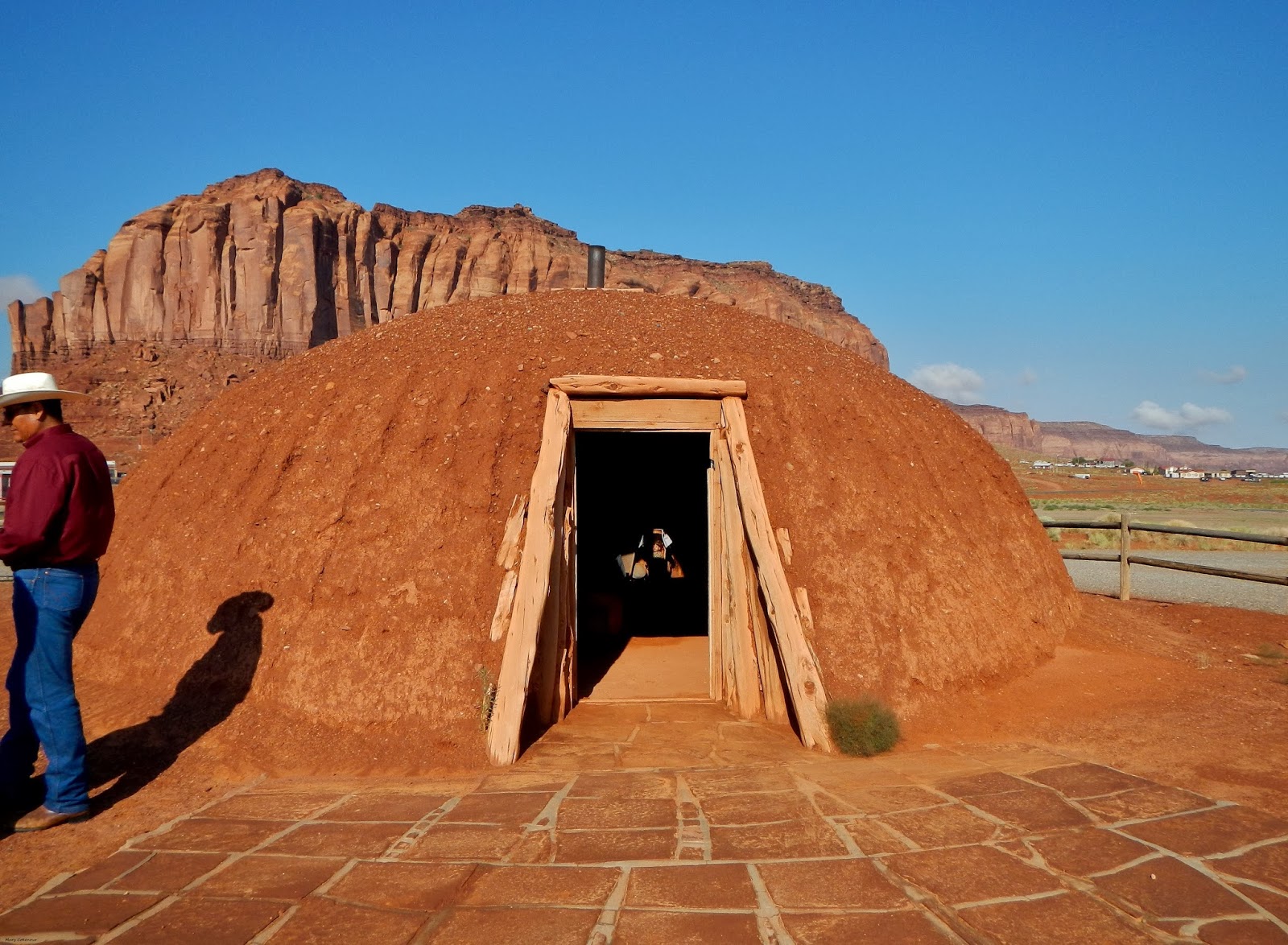 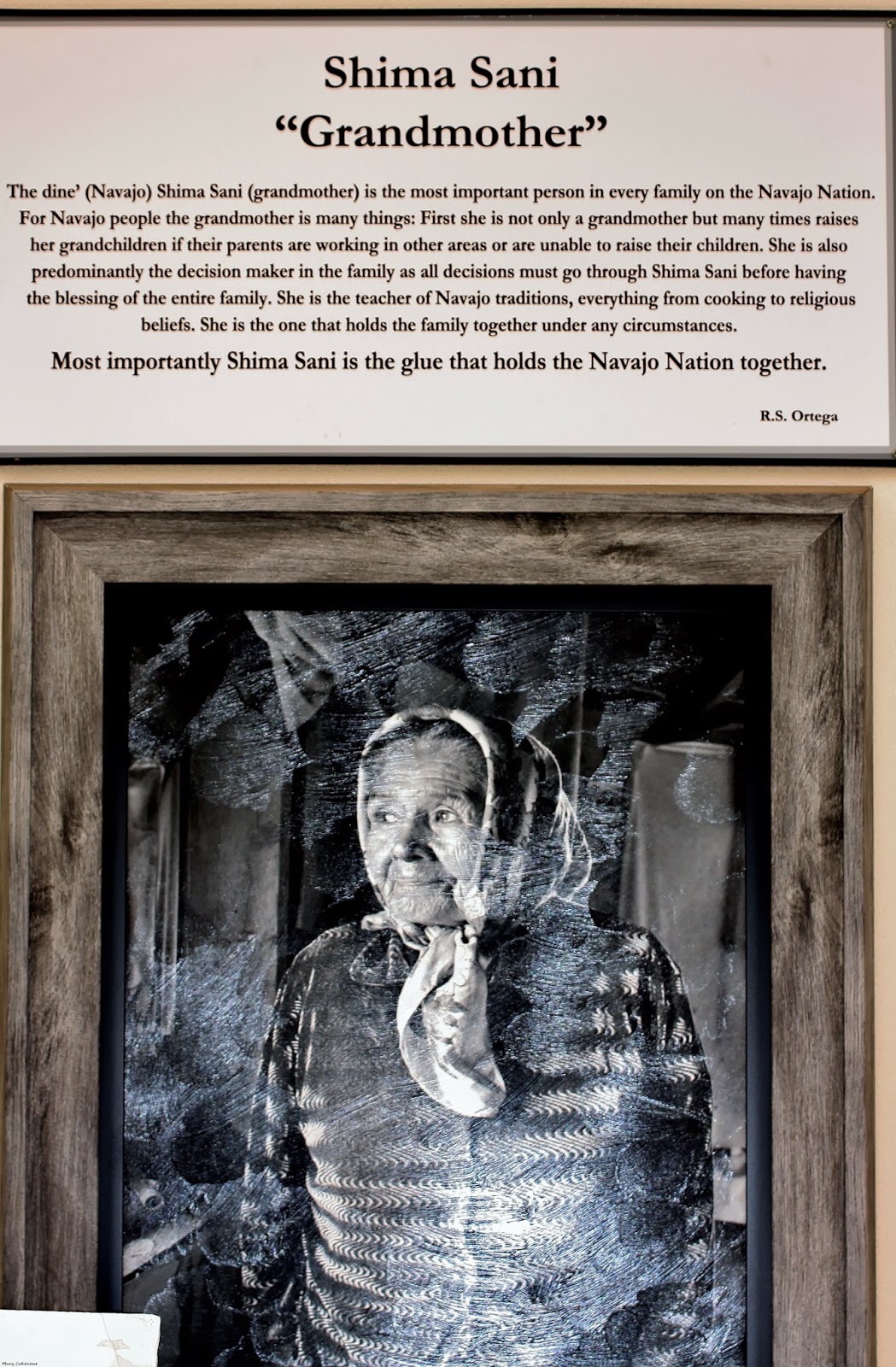 First stop is a visit to a Hogan, meet the "Grandmother", watch demonstrations and hear stories of Navajo traditions.  Besides seeing how corn has been ground down since ancient times, beautiful weaving is on the loom, and some ladies may even have their hair done up in a traditional style.  Before leaving, the Grandmother (whose name was Lucy), will gladly take a photo with you. 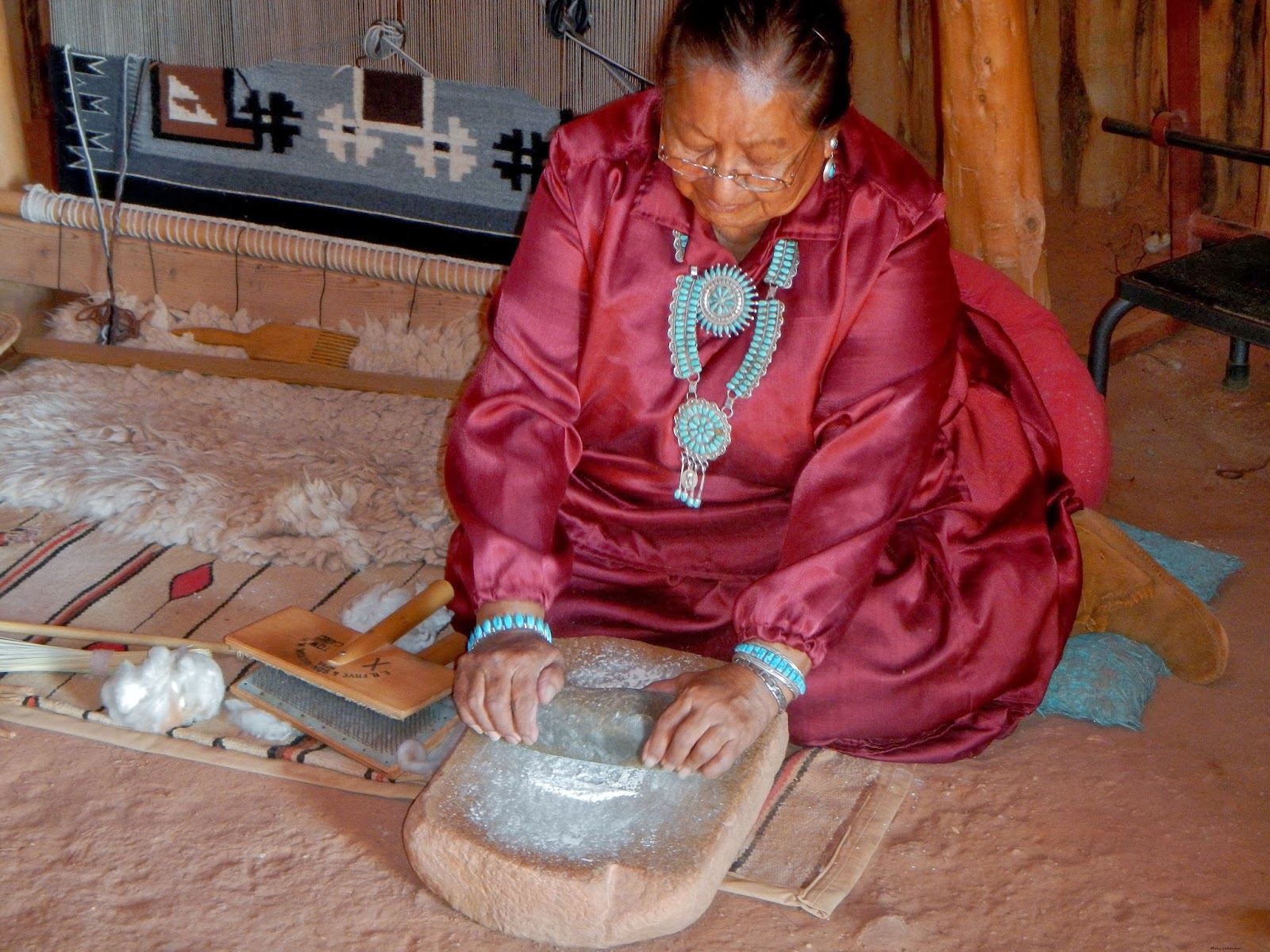 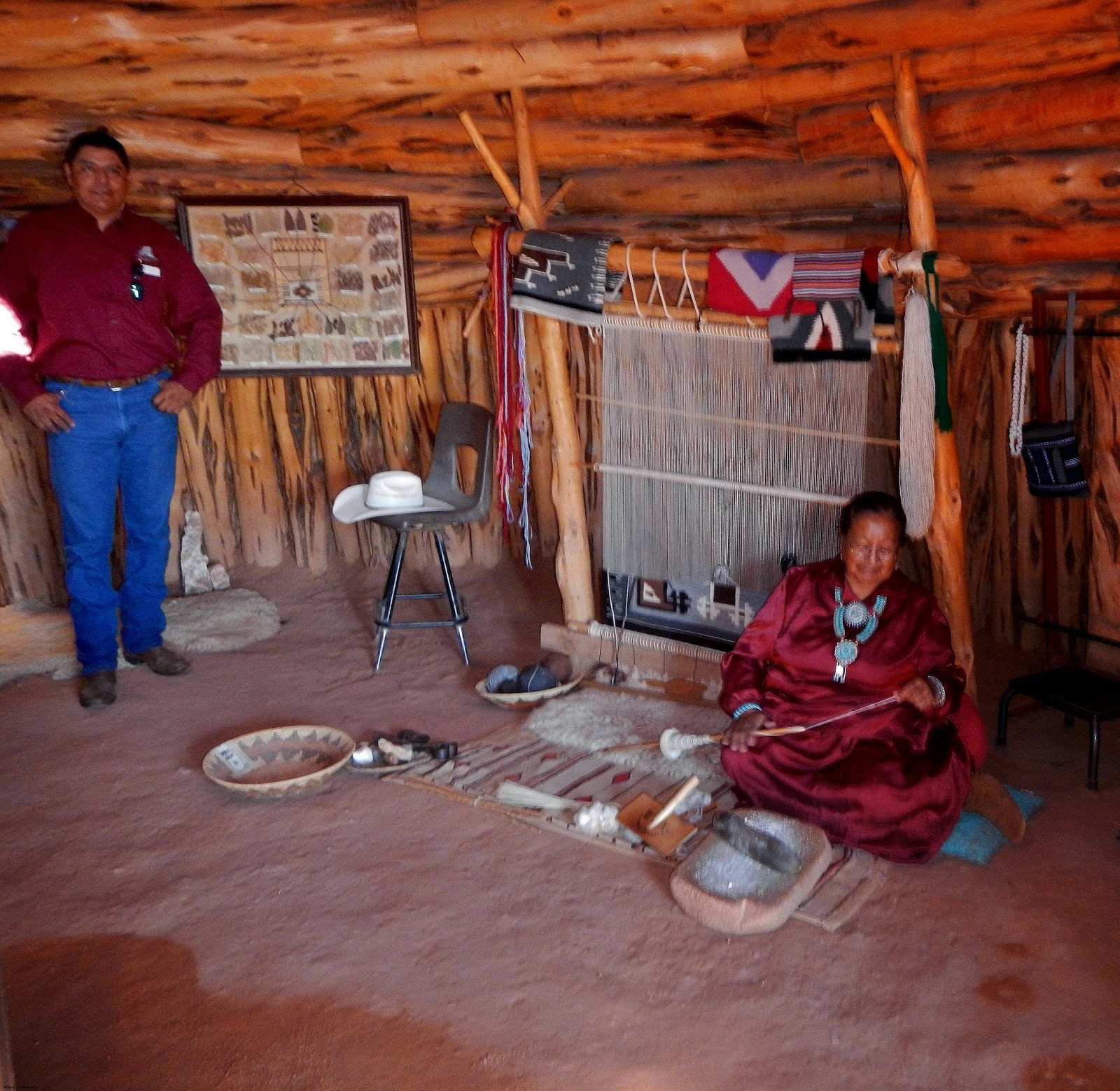 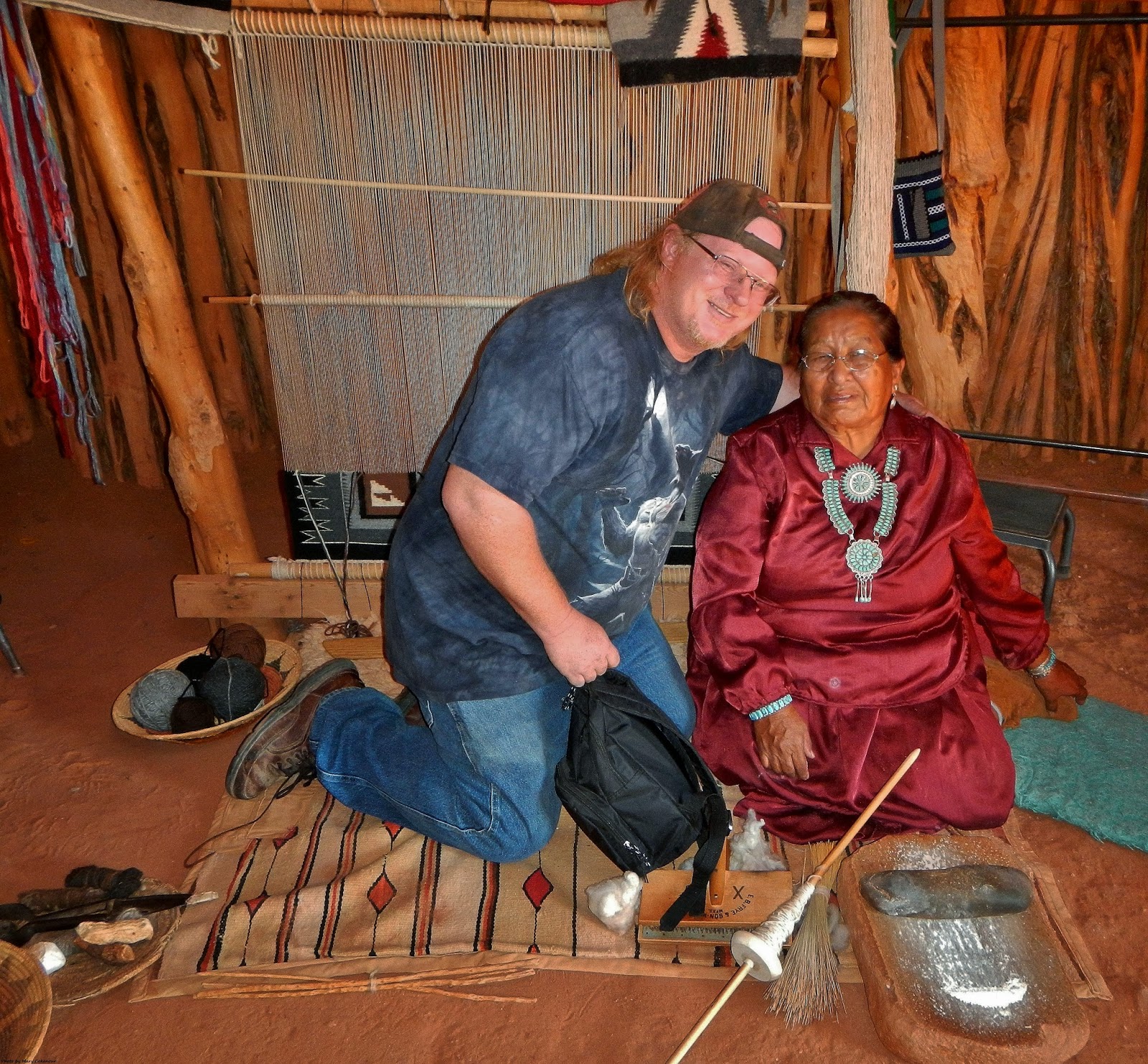 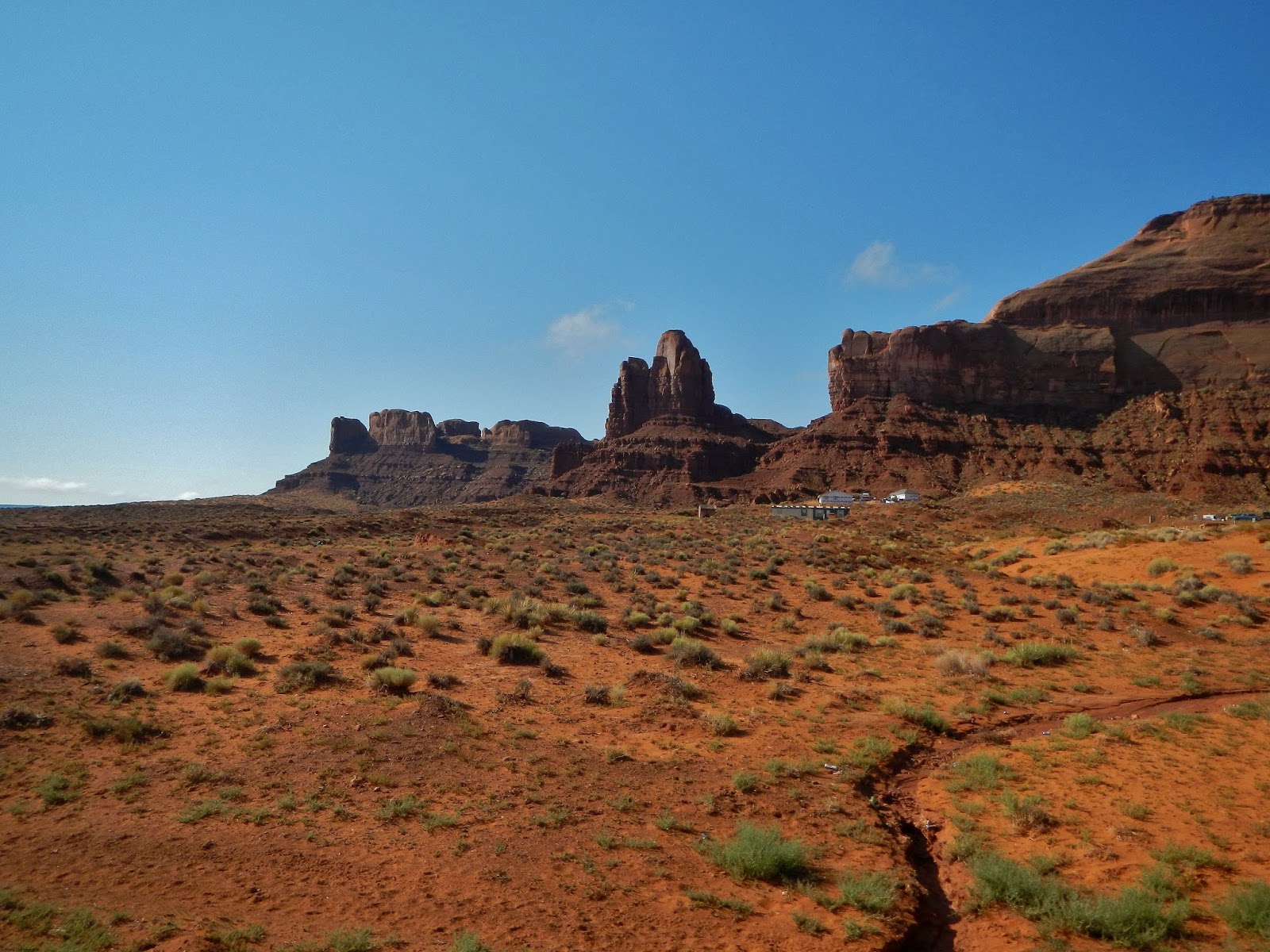 After that, the tour bus is on its way to Monument Valley itself; you'll be taking lots of photos and hoping your head doesn't spin off your neck as you try to take it all in. 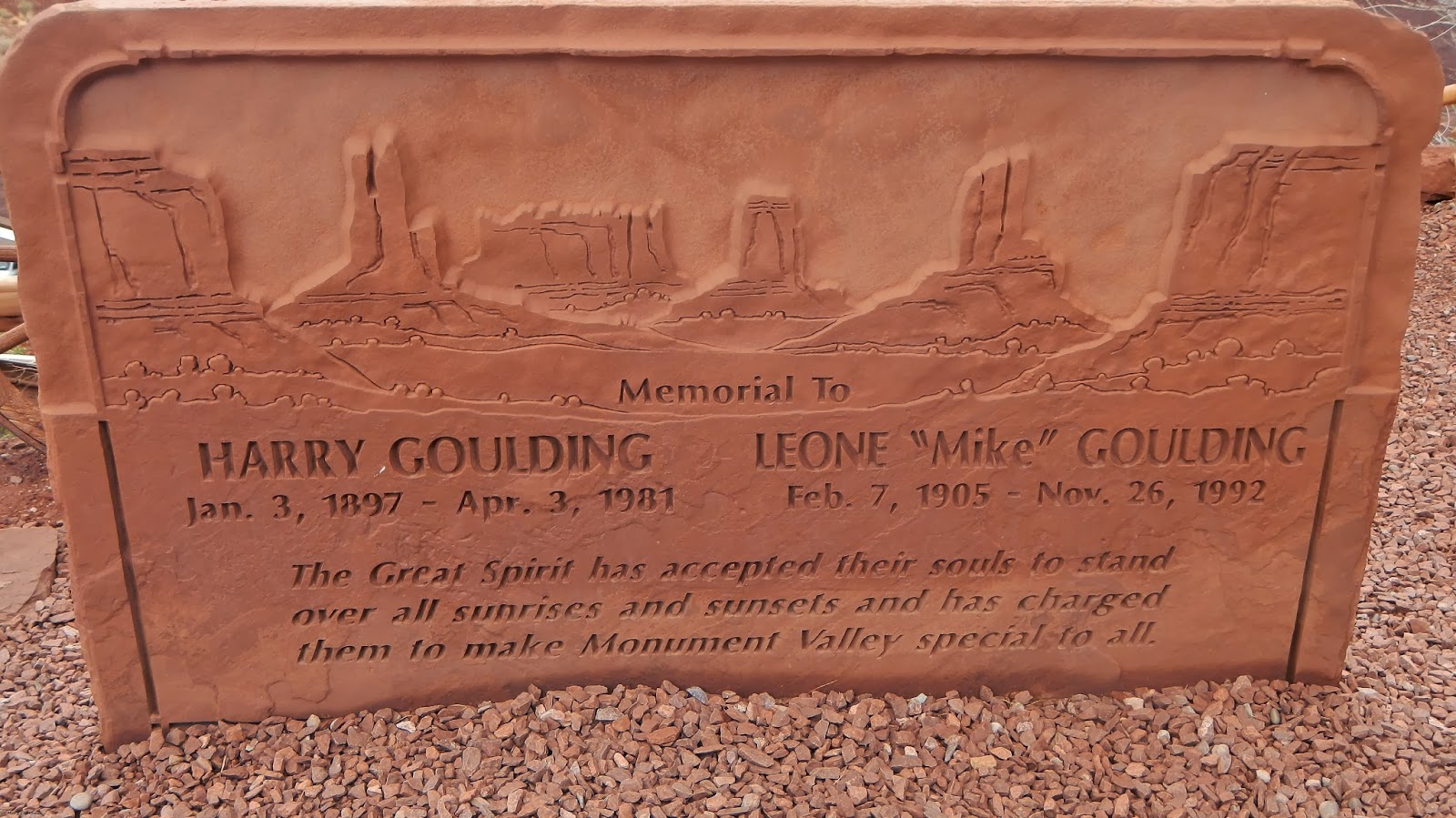 If you take only one of the half day tours, re-energize by dining at the Stagecoach, then take a leisurely stroll through the museums, purchase items at the various shops, or simply relax.  Outside the Trading Post is a picnic area where there is a plaque dedicated to Harry and Leone Goulding, and you can enjoy looking out at Monument Valley. 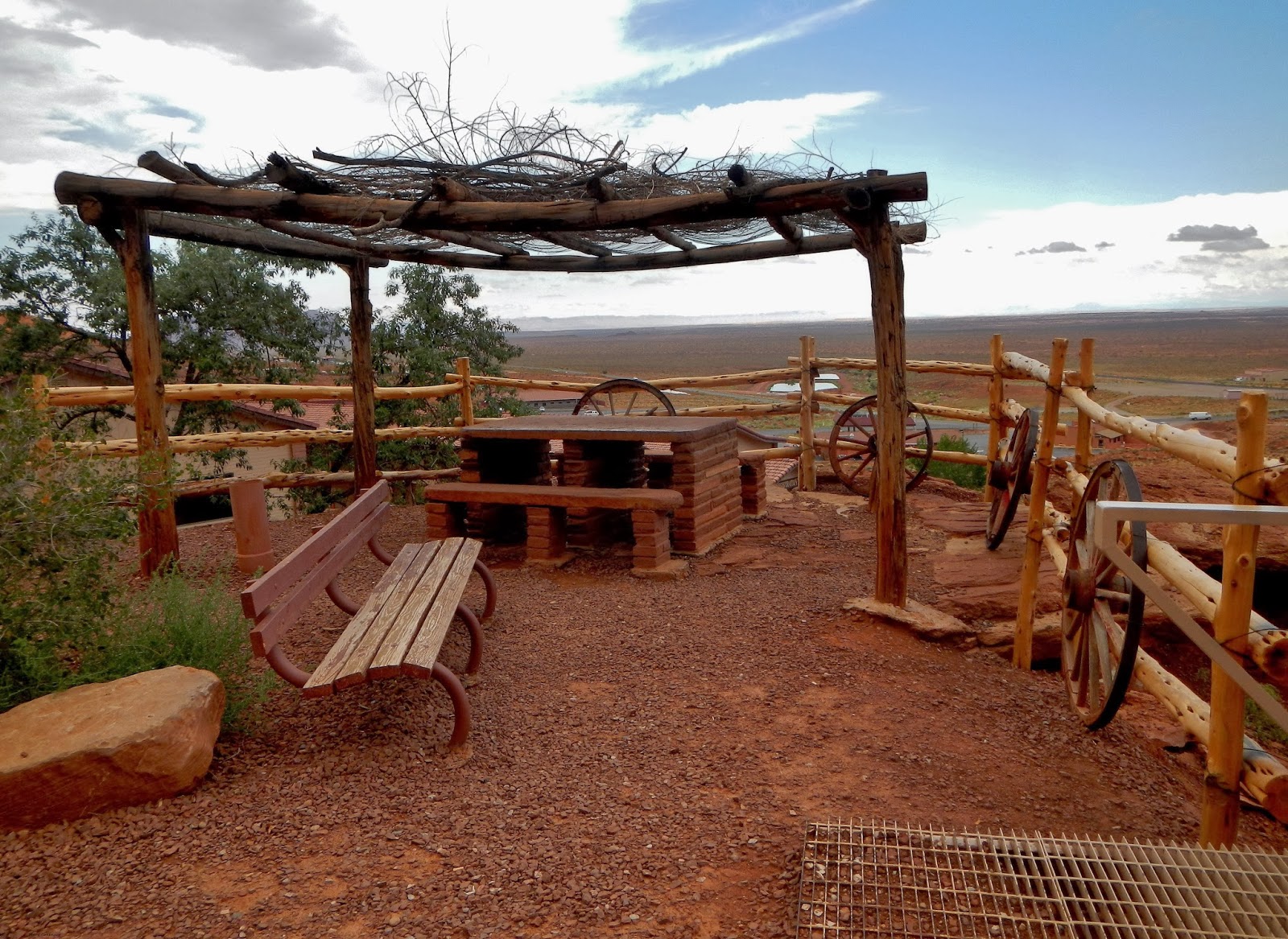 Whether you're looking for a great guided tour of Monument Valley, a delicious meal at the Stagecoach Dining Room, groceries, souvenirs, camping facilities or lodging; make Gouldings your go-to place.