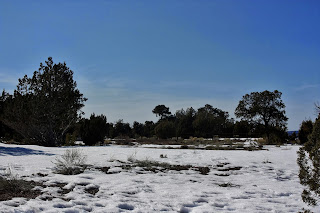 Roy and I made two trips to the South Rim of the Grand Canyon, once by accident, the second time purposely after visiting Flagstaff. Now when it comes to the photos I'll be posting, you will notice that the weather has an effect on the outlook of the scenery. Some of the photos are from March 2010, a beautifully sunny day; air crisp and clean; winter's snow still on the ground, but finally beginning to melt. The other photos are from July 2011, a miserably stormy day; yet the cloud cover that had descended upon the Grand Canyon and down into its deepest crevices gave the scenery an air of mystery.   There will be a lot of photos, 34 and only 4 are of a map and informational boards; that's 34 out of almost 300!  Alright then, a map, and to Route 64 (East Rim Drive) from the Route 89 junction; while you can find many maps online, the brochure you receive at the entrance gate has the best one by far. 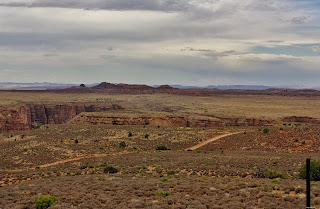 So, after passing Cameron on Route 89, make a right turn onto Route 64; it's a paved road, but not highly maintained.  You'll pass many a roadside pull-in filled with vendors selling Native American crafted wares.  At one point you will see a viewpoint area, park and walk to the very edge over sandstone rocks; there is fencing, but not all around the edges, so be careful of your footing.  Besides the amazing rock formations down below, the Little Colorado River can be seen winding its way through. 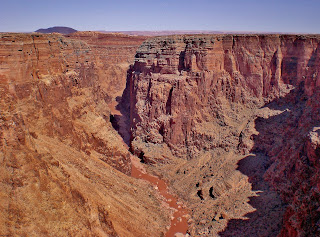 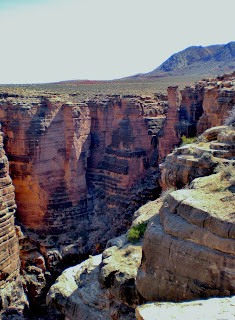 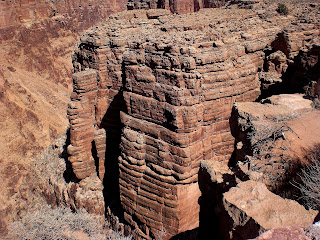 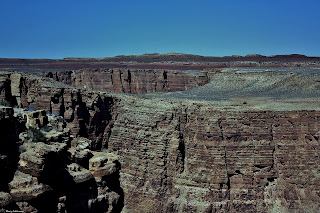 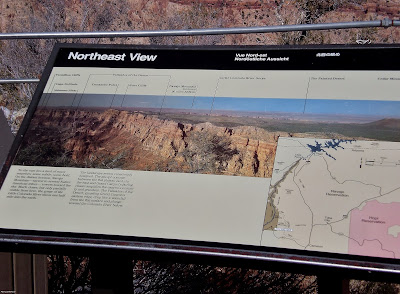 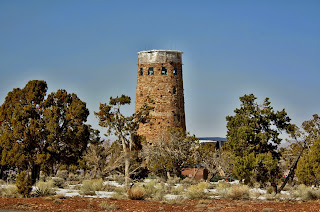 After paying your fee at the East entrance gate, you'll notice that most of the roadway goes through a well forested area; campsites here and there, but then you'll see the sign that really gets your attention, "Mountain Lion Crossing". As grand as the Grand Canyon is, you're in wilderness and that means wild animals. Anyway, the first viewing area will be the Desert View and the Watchtower is the focal point of this small area of shops. When we were there in March 2010, it was going through a facelift, so my photo reflects that. It's the view beyond the Watchtower that will take your breath away; after this, just keep following the map and enjoy the adventure! 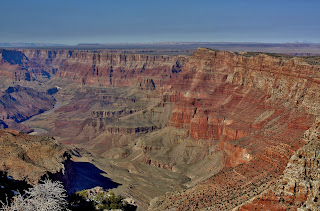 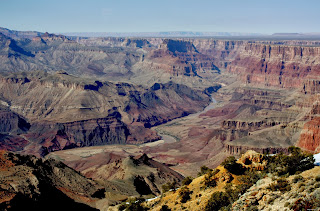 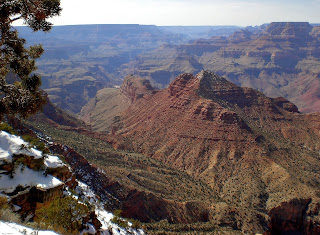 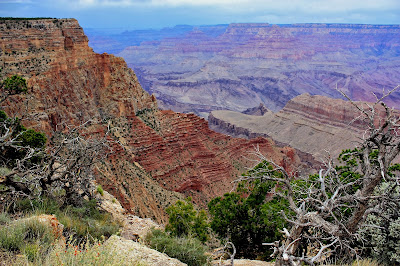 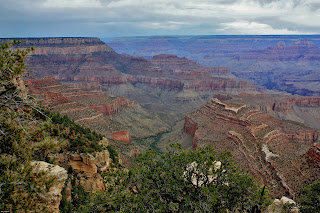 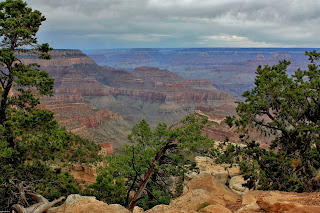 Getting nearer to Grandview Point, you'll spy Sinking Ship; it's in the upper right section of the photo. 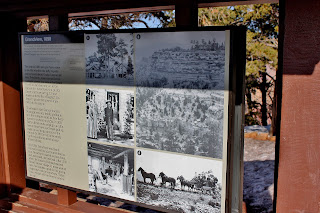 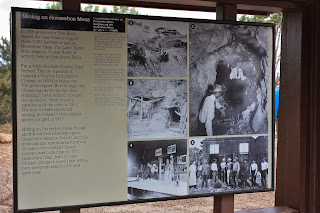 Grandview Point is just that, the ultimate grand view of the Grand Canyon's South Rim.  Horseshoe Mesa is dominant in the forefront of the scenery; while the Colorado River can be seen in the background still carving the canyon ever deeper and wider. 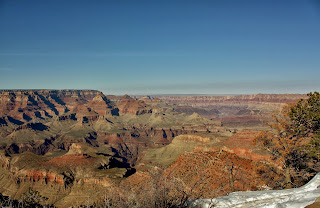 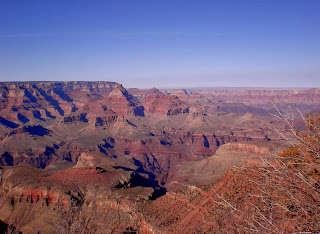 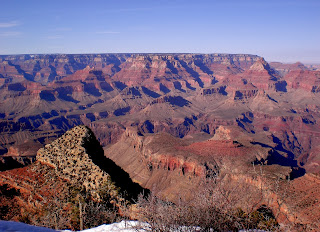 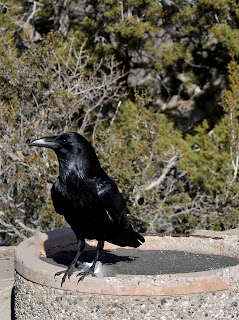 Local residents are quite happy to answer any questions you have about the area; that is if you can speak "raven".

Mather Point - Just before you get to Mather Point, you have the option of making a left turn onto Route 64 to exit the park; otherwise stay on Desert View Drive which will turn into a loop.  The Grand Canyon Visitors Center is just past Mather Point. 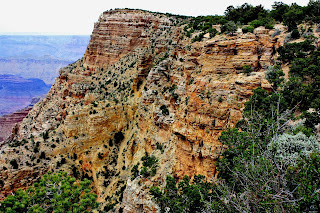 Yavapai Point - Continuing on the loop road will eventually bring you to Grand Canyon Village which has a supermarket, restaurants, gifts shops, hotel and much more.  The end of the loop will bring you once again to Route 64 where you can exit to go towards Flagstaff, or return to Desert View Drive for another look at the South Rim all the way to the East Rim Drive and back to Route 89. 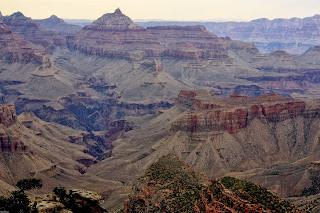 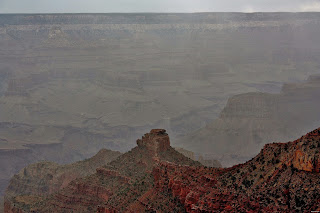 Now I'm going to post photos simply for the effects the weather has on the landscaping. 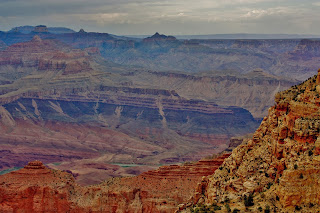 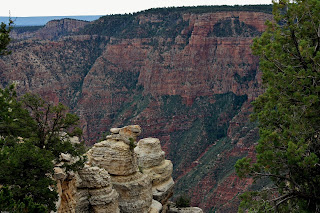 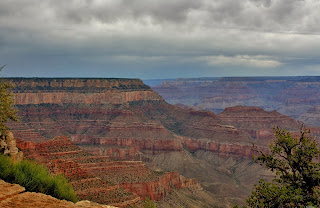 The next adventure to the Grand Canyon will be to the North Rim; probably when the weather begins to warm up again, so not until spring or summer of 2014.