The Rock Art of Hog Canyon. 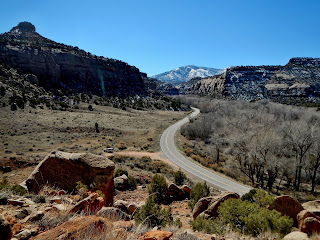 Hog Canyon is located three miles west (mile marker 4 on Highway 211) from Newspaper Rock, there is a short pull-in area for parking.  The trails up to the walls (Blue Grama aka Blue Gamma – popular to crack climbers) are well worn, but the soil is loose.  Following the rock art itself entails maneuvering up and around boulders, sometimes squeezing between one that has split in two after its fall from the wall. 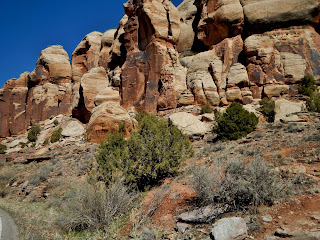 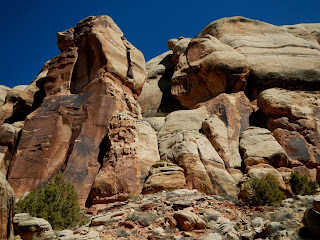 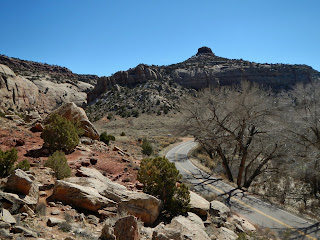 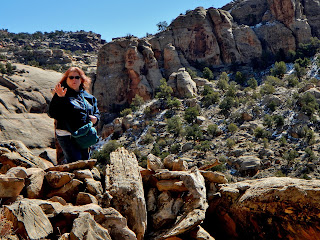 Therefore, being 60 years old, overweight, diabetic, and arthritis in my hands, arms and shoulders means I cannot do this adventure, right?  Wrong!!!   There are people out there that are preaching that "young, fit and healthy" are 3 traits you must have to be able to adventure in the outdoors.  That is certainly the largest load of bull crap I've ever heard!  By the way, this is coming from folks who haven't even done 1/16th of the adventures that Roy and I have experienced.  What do they really know?  Obviously what some current fad is telling them to know, as they do not have a mind of their own.  No matter what your age, fitness level or health; get on out there and do something adventurous!  Life is a gift, but not guaranteed, so never say never and enjoy life!

Now back to our regularly scheduled write up of the latest Cokenour adventure.

Carved onto stone, drawn into the desert varnish, there are square-bodied humanoid figures, mountain sheep, insects, long leaves resembling ferns, circles and many other shapes and figures.  There is the occasional signature of those who settled or visited in the early 20th century (1911 – Ralph Hurst and Bill Dalley).  While many modern day traveler thinks that the Indian rock art is nothing more than “ancient graffiti”, they fail to understand that it was the earliest form of the “written word” for these cultures. 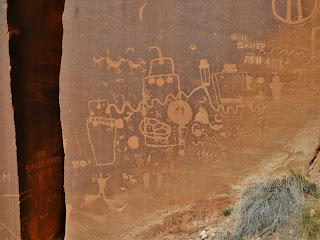 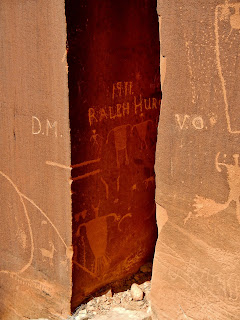 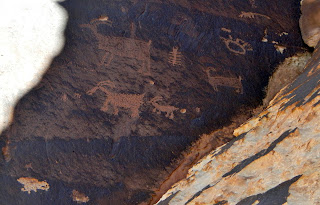 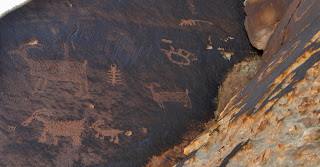 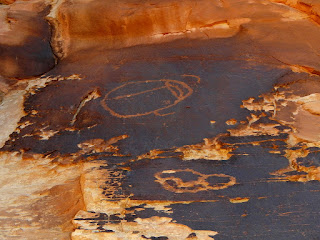 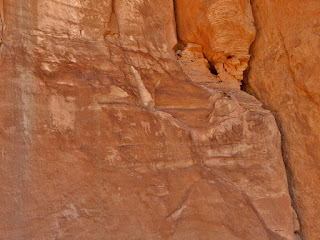 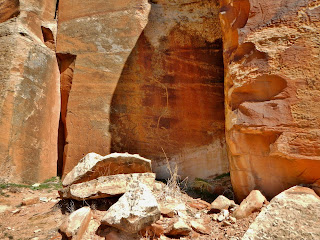 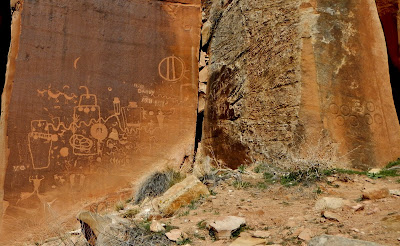 Like Shay Canyon, Capitol Reef National Park and Nine Mile Canyon, many of the figures are identified as Fremont culture.  For those saying, "Wrong, it's Anasazi"; identified tribes we know of, such as Ute, Navajo, Hopi, Zuni and Fremont were the Anasazi.  The Anasazi didn't "disappear", they simply branched off to create singular tribes in the areas they decided to call home.

Oh, sorry, disclaimer necessary at the moment, "Visitor/Welcome Center Managers or Tour Guides, if you have not signed an agreement with me, and/or paid a yearly fee, you do NOT have my permission to download any content from this travel blog. You certainly cannot erase my name, put a different name on it, with the intent of giving away, or selling, to the public.  That is copyright infringement!"

Why the name “Hog Canyon”?  In Utah’s Canyon Country Place Names (Steve Allen), there is a reference to “Pete Steele noted that the canyon was fenced with knit wire (sheep wire) to hold the pigs that used to pasture in the canyon.  The fence still stands.  (1821~)”.  In the December 10, 2014 issue of the San Juan Record, Albert Eugene (Pete) Steele’s obituary states, “One of his jobs growing up was punching cows for the SS Cattle Company rooted deep in San Juan County’s history. His tales of the Old West and the history of San Juan County were a treasure to anyone lucky enough to hear them.” 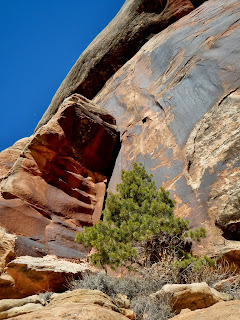 The rock art continues along the bottom of the crack climbing walls; so if you're going to climb, be aware and do not destroy! 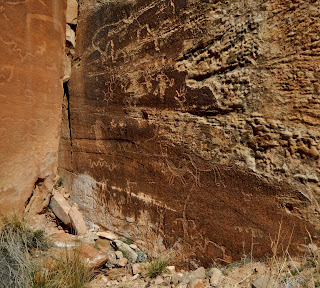 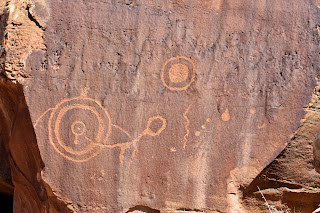 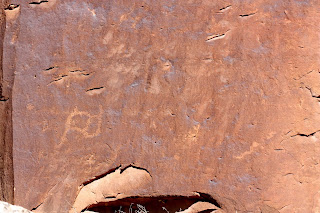 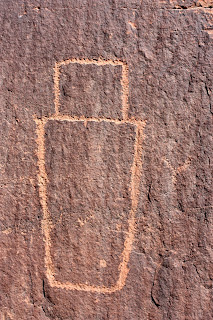 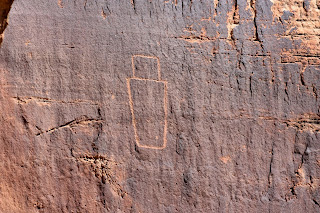 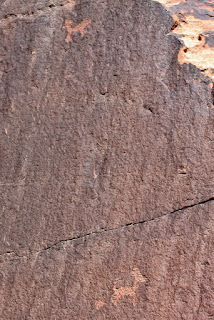 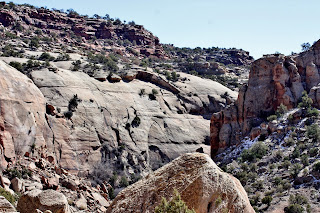 Of course, as you make your way up to, and along, the walls, make sure to turn around and take a good look at the surrounding landscape. 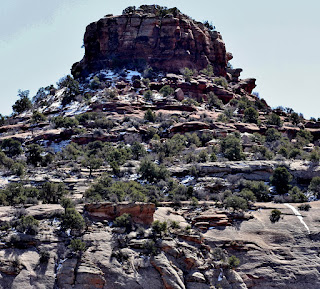 ...and my write up wouldn't be complete without a bit of plant and wild life.


I would say that Roy and I spent about two hours climbing up, around and down from the Hog Canyon walls. It was a great workout!