Monument Valley At Any Time.

Monument Valley , for the majority of residents, and visitors to the area, is an awe inspiring destination; one of those "must experience" places.  It's span is over two states: Arizona and Utah; in Utah, it is part of the largest county in the state, San Juan.

During the spring and fall equinox, the shadow of one Mitten forms atop the second Mitten.  It's a big deal and hundreds flock to the Valley to witness the event.  Yes, even Roy and I have done it; along with a couple of friends, and it's really like a party atmosphere.  Then we ride over to Goulding's Lodge, and the Stagecoach Dining Room, for a great meal.

The photos I'll be sharing were taken during the day and at sunset; sunny sky to cloudy.  One photo of Eagle Rock-Eagle Mesa even has the hint of a rainbow after a short rain storm.  While many of the monuments can be seen from Hwy. 163, I do advise to not be cheap.  Either go into the Tribal Park itself and find a tour guide; or go to Goulding's Lodge and sign up for one of their 3 hour, or all day, tours.  This way you will see monuments up close and personal that are not seen from the highway, ruins, rock art, and the way the Navajo people live in this area.

Sort of funny story time:  I was working at the local visitor center and a woman from Belgium came in.  She had visited Monument Valley and was quite disappointed.  Why, you wonder?  She had seen the Johnny Depp movie, The Lone Ranger, which had much of it filmed within Monument Valley.  Here she was, on vacation, and nowhere could she see, "Where the Indians really lived".  She complained that there were "real houses" down in the Valley, "Where were the teepees!?!"  The people wore clothing like any other person, "Why weren't they in real Indian clothes; the men wearing loin cloths!?!"

I explained that the film was geared towards the late 19th century (1880s) to early 20th century.  The Native Americans were just like anyone else...people.  They lived in houses like anyone else; wore clothing like anyone else; they were like...anyone else.  Unfortunately this didn't make her any happier as now she felt that she had watched a movie that, sort of, lied to her about the southwest.  So there you have it folks, the USA, or parts of it, is perceived dependent on the film created by Hollywood.

Oh, speaking of films, I am including a film that I took as we traveled to and through the Valley.  Originally it was 13 minutes long, but hubby, who owns Desert Stone Studio , was able to cut it down to a more manageable length of time for viewing pleasure.  Basically you'll get a gist of what you'll be seeing as you make the drive along Highway 163. 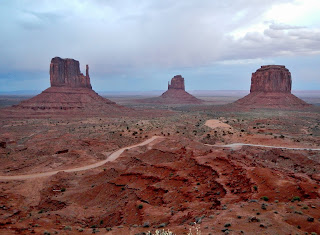 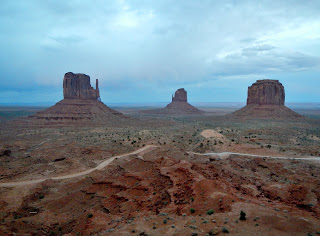 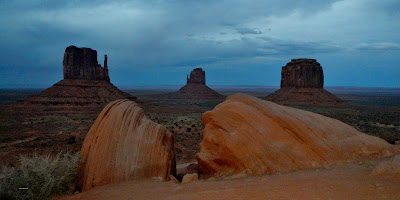