The Road to Hall's Crossing. 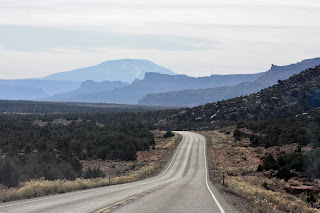 From State Highway 95, Hall's Crossing is 46 miles via Route 276 South; giving access to Lake Powell, Glen Canyon National Recreation Area, a marina, airport, Hall's (aka Burr) Ferry to Bullfrog which connects to the other section of Route 276, lodging and campgrounds.  Along the route, there are trailheads for hiking and 4 wheel driving; the famous "Hole in the Rock" Pioneer Trail; canyons to explore and Native American cliff dwellings.

After spending two days exploring Fry Canyon (yes, I have to write this up still), we were on the way home and saw the sign for Hall's Crossing.  We'd heard so much about it, hadn't been there before, so what the heck; it was still afternoon and what better way to kill time than to explore someplace new.  As with most of San Juan County, this route is filled with beautiful landscapes and scenery; so many trails to check out at another time, and, of course, history.

Monument Valley in the Distance 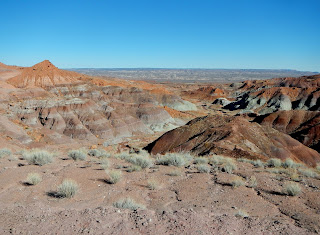 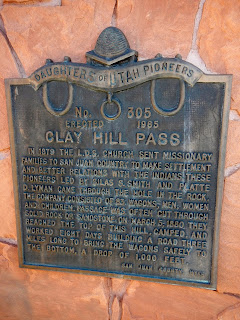 At 18.2 miles is the trail to Clay Hills Crossing; one tip of Lake Powell that can be accessed via the San Juan River.  It's at 20.7 miles that a historic plaque is mounted to tell the story of the 1879-1880 expedition of the pioneers, and their stop at Clay Hill Pass.  A road had to be constructed to allow the 83 wagons, horses and pioneers to descend 1000 feet below, and continue to their destination, Bluff. 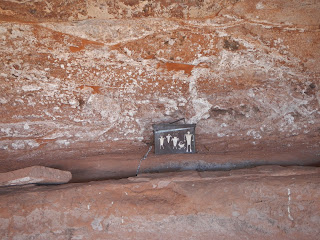 While trails and sites are pretty welled marked along Route 276; the cliff dwelling is not.  There is a pull-in area (mile mark 23.6), but no sign designating why it is there; that is, until you see the ruins.  To reach them, a trek through a sandy dry wash and then up a steep, rocky incline will get you to them.  Once on the ledge, the ruins are fascinating in detail and design; there might be faded rock art on the walls, but they have been defaced with modern graffiti from the unintelligent.  There is a metal box on a rock shelf which contains a notebook and pen where you can sign in that you visited; so really no need to deface the rock walls. 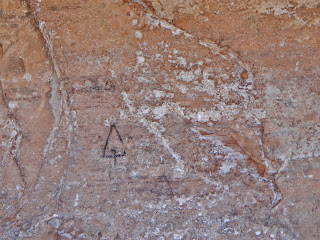 The Trail to the Ruins. 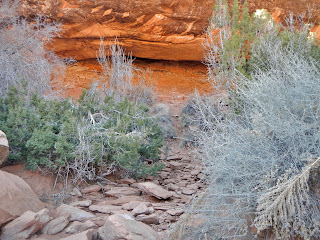 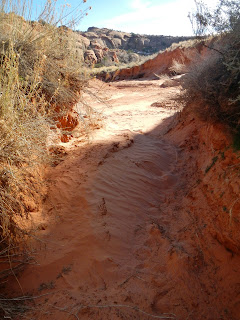 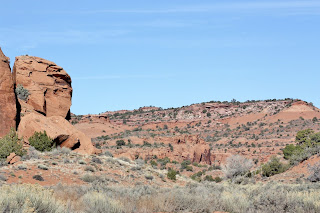 View from the Ruins. 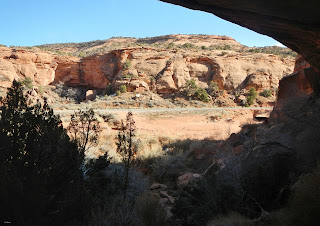 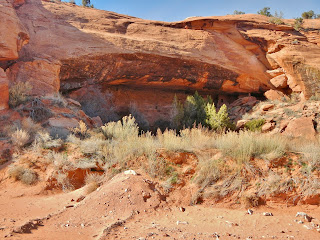 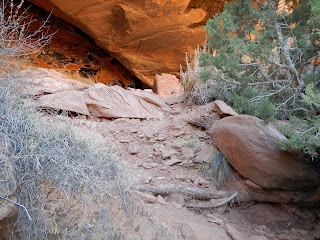 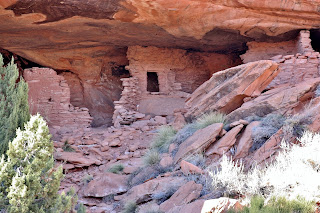 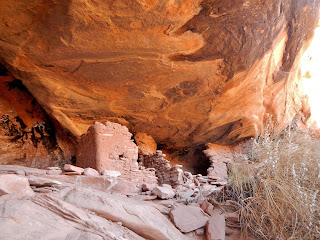 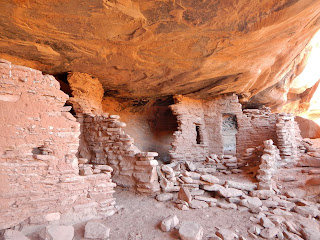 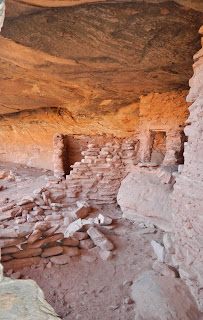 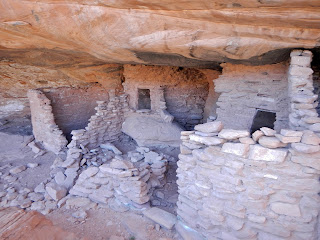 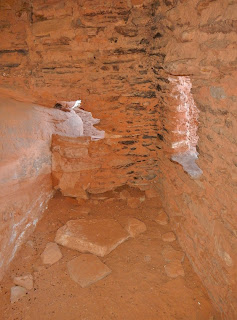 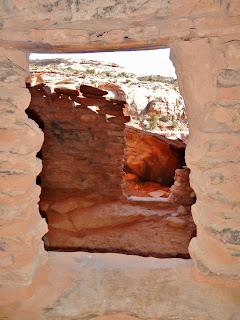 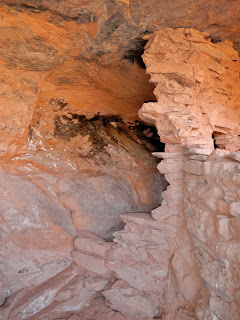 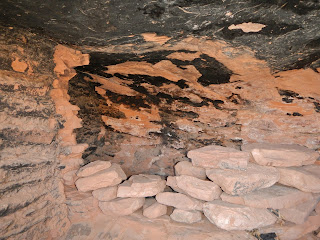 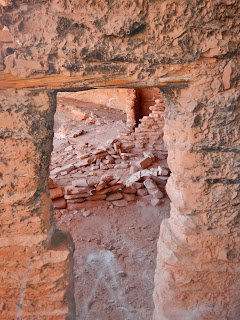 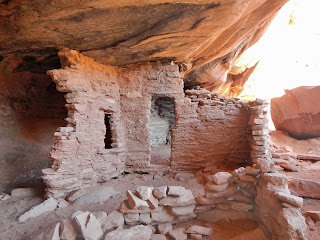 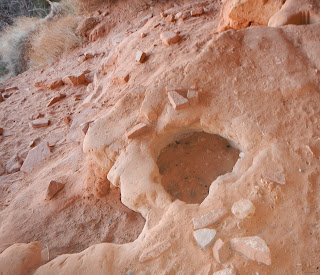 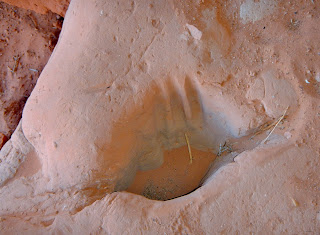 At 34.5 miles is winter boat storage, and the Cal Black Memorial Airport; named after Blanding resident and San Juan County Commissioner, Calvin Black.  (San Juan Record article, click Here.)  Sand dunes are abundant in the landscape of Route 276 now, some even petrified; also sandstone formations that take on the shape of the sand dunes themselves.

36.7 miles is the start of Glen Canyon National Recreation Area, but it's not until 46.0 miles that you officially come into Hall's Crossing.  The road to the left leads to the community's private housing, school, etc.; not a resident?  Don't go there unless you were invited.  Stay straight and this leads to the toll booth, gas pumps and convenience store.  What we did see of the landscape and Lake Powell were gorgeous, so it's no wonder people flock here during the warmer months.

Why the name Hall's Crossing?  Back to the Hole in the Rock pioneers is the answer; Charles Hall, his two sons, and several other men built a ferry wide enough to haul two wagons at a time (remember, there were 83 total) across the Colorado River.  Lake Powell (named after John Wesley Powell) was created 1963 with the building of the Glen Canyon Dam; it took 17 years to completely fill.

Now we visited Hall's Crossing on February 28, 2016; the ferry was only running on a Saturday schedule; the toll booth was unmanned, but there is an automated machine for payments, the pumps and store were closed.  Current information for the Lake Powell ferries can be obtained at the Utah Department of Transportation site: http://www.udot.utah.gov/main/f?p=100:pg::::1:T,V:2257

So, planning on a trip to Hall's Crossing and Lake Powell, don't forget to see all the other sites along Route 276 South as you travel along.