Fry Canyon, Around Tables of the Sun - Part Two.

Part Two is going to be rather short, blame the weather for that.  Anyway, this journey begins at mile mark 7.6 on Radium King Road (SJC 258) and the junction of SJC 2431 aka Moss Back Road.  The trails leading around Tables of the Sun, Moss Back Butte and exiting on SH95 are basically easy to difficult; extremely difficult when there is melting snow and red clay mud gushing up under the tires!!!  That is why there will not be a load of photos; we couldn't stop and take very many, or run the risk of getting deeply stuck.  Let me tell you, you haven't experienced truly gushy red clay mud until you are driving a vehicle....sideways!!! 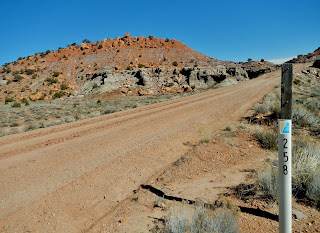 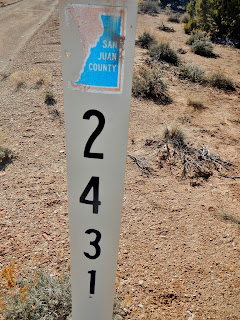 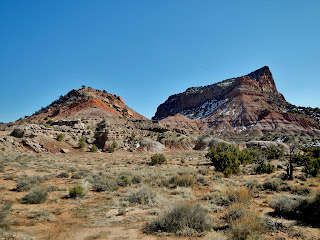 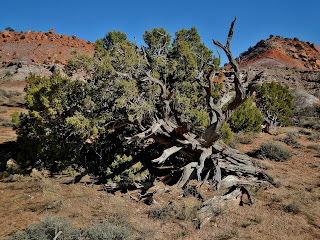 The first mile is graded dirt, then it turns into natural terrain, very little grading, and lots of rocks.  At one section there is a steep incline, then decline which I walked; pointing out holes in the road, or moving large rocks.  Hint: 4 wheel drive, high clearance and skid plate are a huge, huge help.  Driving along, we were anywhere from a few feet to twenty feet away from the cliffs; on one curve I took photos of North Fork Red Canyon.  In the far distance we could see Monument Valley!!!  This canyon area is spectacular, definitely out of prehistoric times and we wouldn't have been surprised to see dinosaurs wandering down below.  Mile markings?  Oh, once I had to begin walking the road as a guide, mile markings went out the window. 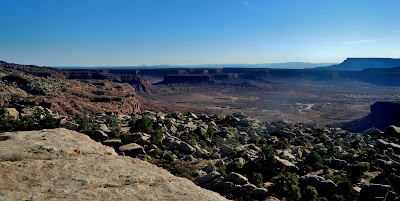 Traveling past the Tables of the Sun is great, so many sides trails leading to ???  The landscape is primarily desert and sage brush; and the trail was very dry.  It was as we began entering the more forest like area of the trail that we began noticing snow in spots.  Then we encountered more shaded area where the snow went across the road and for several feet onward.  Sliding now and then is when we noticed the thick clay mud underneath, not good.  We had just rounded the last of the three Tables when our vehicle decided going sideways would be more fun....not!!!  Finally straightening out, we did an eight point turn and headed back to where we came from.

Oh, we're going to try this out again....in summer....when it's hot and the entire road is dry....not in July when it's monsoon season. 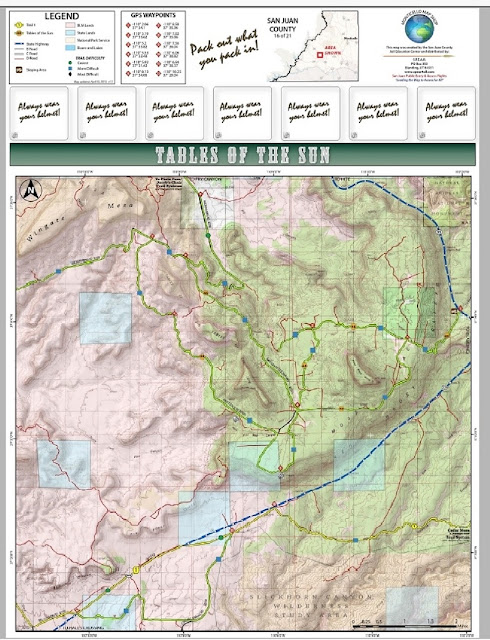 Part Three will take a while to get together; about 280 photos to go through; plus researching the history of the mining era in Fry Canyon.  Until then...