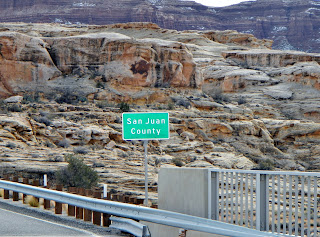 Saying goodbye to San Juan County as we drove over the Colorado River Bridge, we were greeted by the Garfield County sign.  There is so much beautiful landscape all along State Highway 95; so to say this is one heck of a relaxing drive is a given. 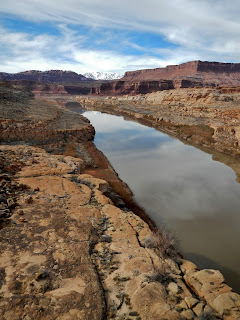 Our first scenic stop on this continuing journey was mile mark 76.7; the bridge over the Dirty Devil River.  This river is a tributary of the Colorado River; it got its name after John Wesley Powell passed by the mouth of this stream on his historic exploration of the Colorado River.  One of his crew asked if it was a trout stream and another boatman shouted back, "No, she is a dirty devil"; hence the name. 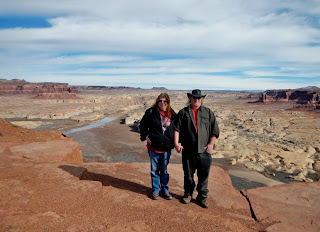 80.8 - This is a must stop; the Hite/Lake Powell Overlook is breathtaking.  Not only can you see what remains of the small town of Hite, but you can see all the way back to the Colorado River Bridge.  At 81.5 miles though is a pull-in area with another overlook of Lake Powell; as you can see from the photos, it was very low at Hite, but fuller going southward. 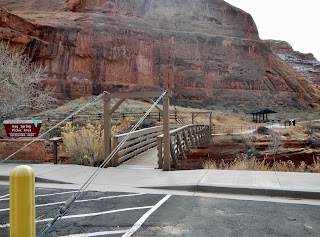 88.8 - Hog Springs Recreation Area (Hog Springs Canyon/North Wash); contains a picnic area with covered picnic tables and benches; also vault toilets.  There is now an easy walking trail to the ruin and petroglyph sites (two hours round trip).  This is the perfect place to stop, have a picnic, walk the trail and/or rest up before continuing onward east or west. 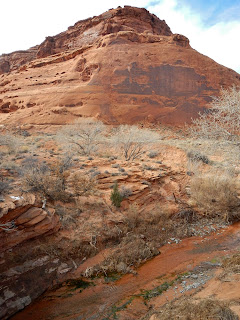 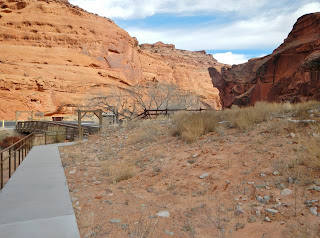 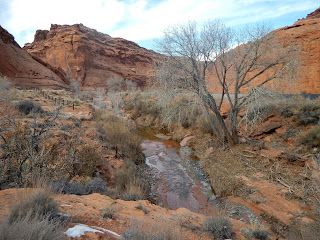 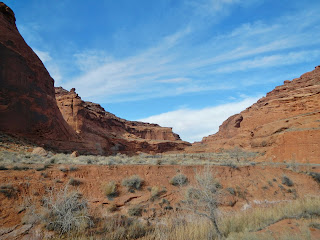 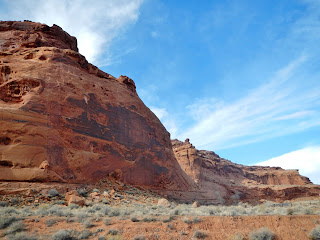 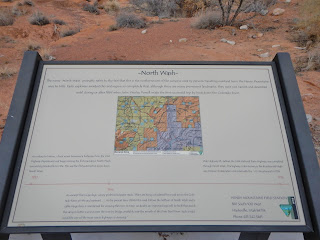 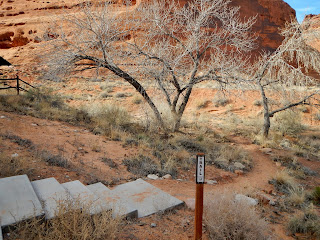 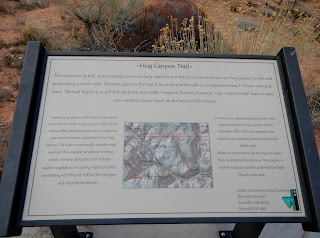 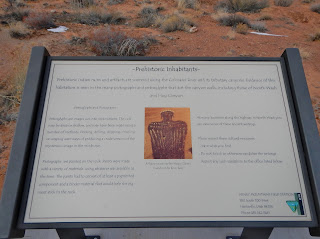 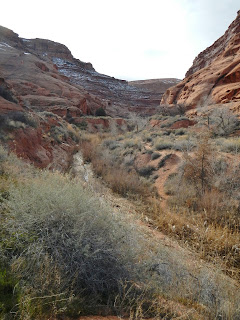 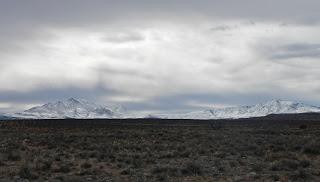 100.5 - The first panoramic viewing of the Henry Mountains; the day we were there, the mountains were glowing!!!  They were named by Almon Thompson in honor of Joseph Henry, the first secretary of the Smithsonian Institution.  Before their current name, John Wesley Powell had referred to them simply as the "Unknown Mountains".  There are two million acres throughout the Henrys; also they are roamed by one of the largest, purebred, bison herds in North America.


...and that's it for Garfield County, next stop is Wayne County.