Grand County's Past Resides at Museum of Moab. 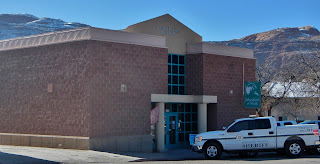 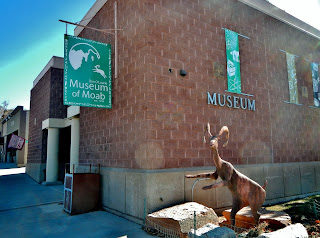 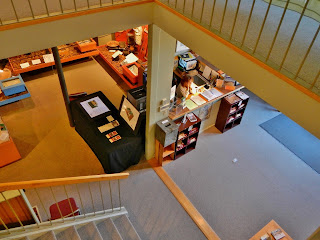 One block east of the intersection of Center and Main Streets is a two story, brick building housing the Museum of Moab.  It contains Grand County's past - Anthropology, Archaeology, Paleontology, Geology and History; landscapes of Moab are immortalized in paintings along the walls of the Art Gallery.  When you enter, expect to be greeted by Victoria; she is passionate about Moab and the museum itself; she'll gladly answer any questions.  Across from the welcome desk is a small gift shop, but it's packed with books, artwork, collectibles, toys, and Native American wares. 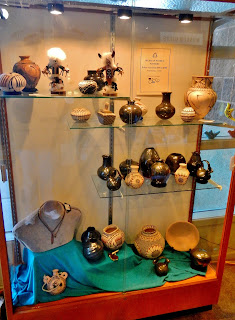 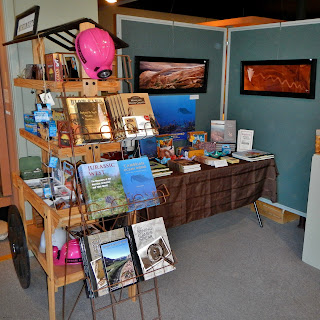 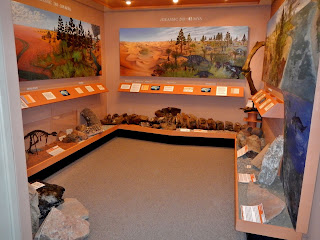 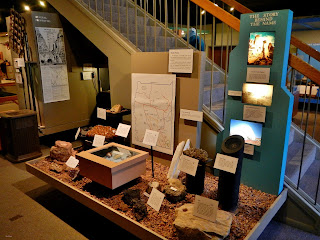 Geology, Minerals and the Mining Era come next; beautiful specimens of crystals, a diorama of Moab's typography; story boards detailing the various mines including Charlie Steen's (Moab's Uranium King) "Mi Vida" mine; and the "Atlas Mine" which is still in an ongoing project to remove the tailings (Potash Road - Route 279). 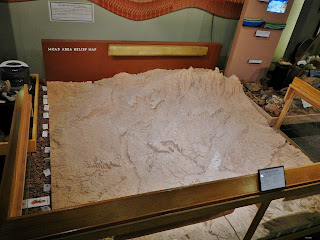 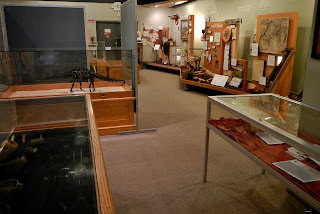 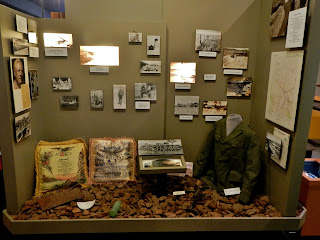 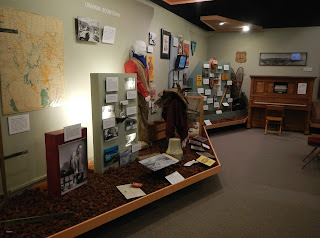 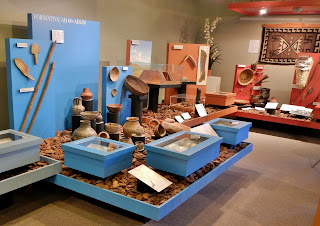 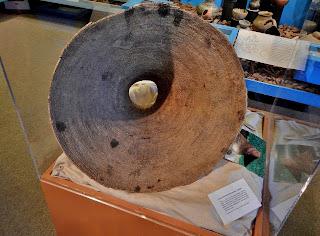 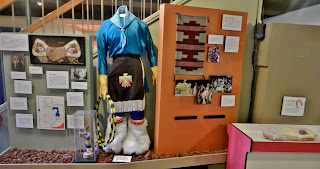 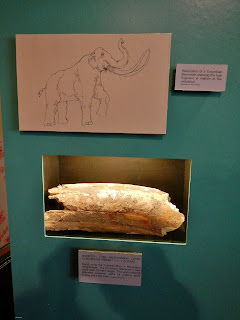 A section of Mammoth tusk was found, and this is within the Native American display area.
﻿
Upstairs is the Art Gallery where many of the paintings have been done by the Moab Pastel Guild.  There's also a room depicting what life was like for the settlers in the early 1900s, and a doctor's office from the 1920s.  From 1933 thru 1942, Civilian Conservation Corps was a public work program which provided work to unemployed unmarried men from relief families - a photo of the Blanding Utah CCC is proudly hung on the Art Gallery wall. 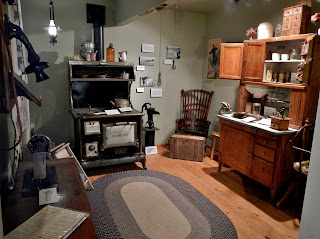 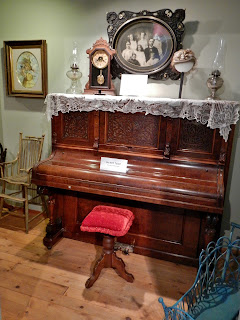 The Museum of Moab began in 1958 and has outgrown its walls; they are currently asking for donations to achieve the goal of expanding the building.  This is a worthwhile venture, as around every corner there is an exhibit that will interest everyone; drawing out "oohs" and "aahs" from children and adults alike.
Mary Cokenour
﻿
Posted by Four Corners Foodie at 12:38 PM