Most of our adventuring is determined by a simple method of decision making, "Hey, there's a road; wonder where it goes and what we'll find on it?"  There you go, that's how Roy and I do it; told you it was a simple method.  A beautiful winter's day (December 30, 2014) found us traveling south of Blanding to Highway 95.

Just a reminder for all those who read this blog, use my maps and follow the mileage directions.  The mileage is determined by our vehicle's odometer and sometimes it is spot on to directions we have found on Google maps; sometimes it can be off by 1/10th to 2/10ths of a mile.  So, if you're looking for something specific, have patience and look; don't give up immediately.  There's your public service announcement for today.

So, we just made the turn off of Route 191 onto Highway 95, stopped at the gas station on the corner and set our odometer to zero.  Our objective is finding CR 228, but at the five mile mark we found CR 277; that's now on our to-do list.  It was at 6.1 miles (Google Maps says 6.3) that we reached CR 228 - South Cottonwood Road.  Even though it was December, we entered into a desert area that was warm enough to sit outside and have lunch.  Jenna was with us, so she enjoyed a good romp through the sage brush. 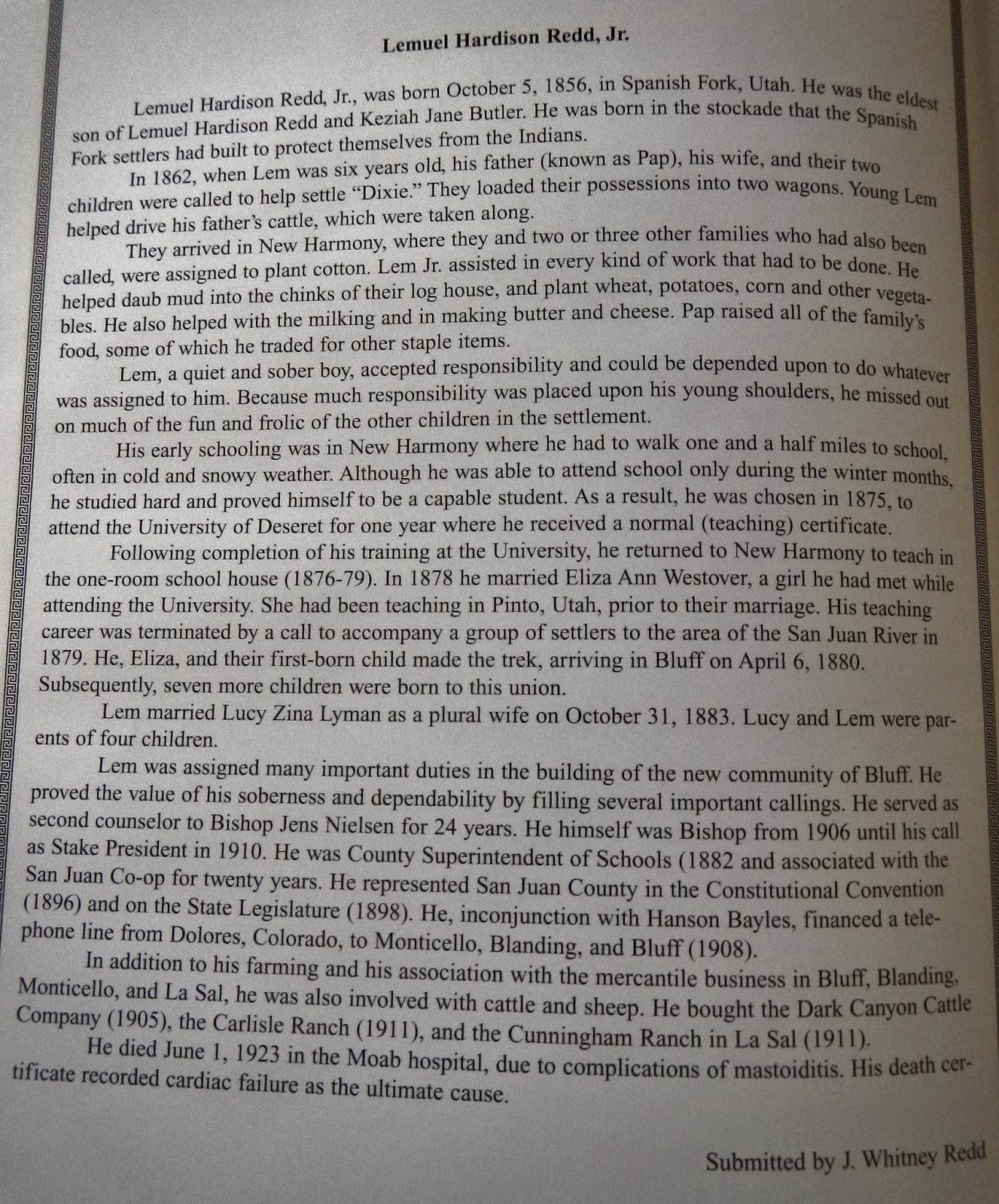 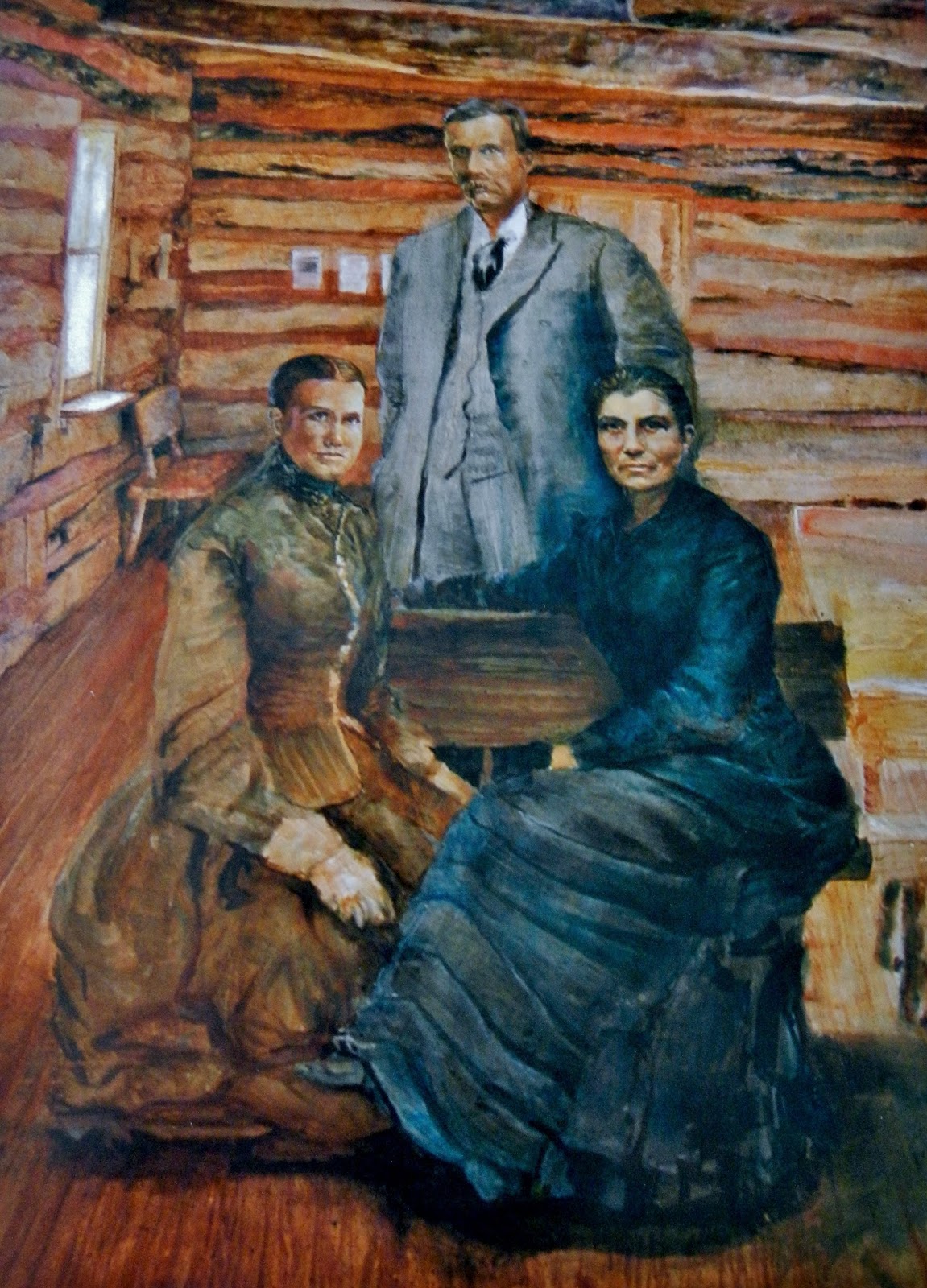 There is a main reason why I specifically wanted to come to this area; my dentist, Dr. Brian Goodwine of San Juan Dental in Monticello.  He is the great grandson of Lemuel Hardison Redd Jr., active in the development of the San Juan Mission in Mexico.  While at my 6 month checkup, Dr. Goodwine asked if I'd ever been to the Cheese and Raisins Hills; "The what?", I asked, and "Where are they?"  He told me the story of Lemuel who had cattle up on those hills; one day his ranch hands asked him if he would like to share their lunch of cheese and raisins with them.  "All you boys ever eat is cheese and raisins, cheese and raisins"; and that is how the hills in the area became so named.  I was able to also verify this story through the book, "Utah's Canyon Country Place Names" by Steve Allen, as told by Albert R. Lyman.  On the internet, someone's vacation blog, didn't note it down though, was a second story on how the hills were named.  There were several mines in the area; the miners often had cheese and raisins in their lunches.  Since the mines were not started till around the early 1930s, the first version of the story is closer to the truth.  The photo of Lemuel and his wife, Lucy, and their story comes from the book, "They Came to Grayson" put out by the Ridgeway Art Gallery in Blanding.

...and here are the Cheese and Raisins Hills. 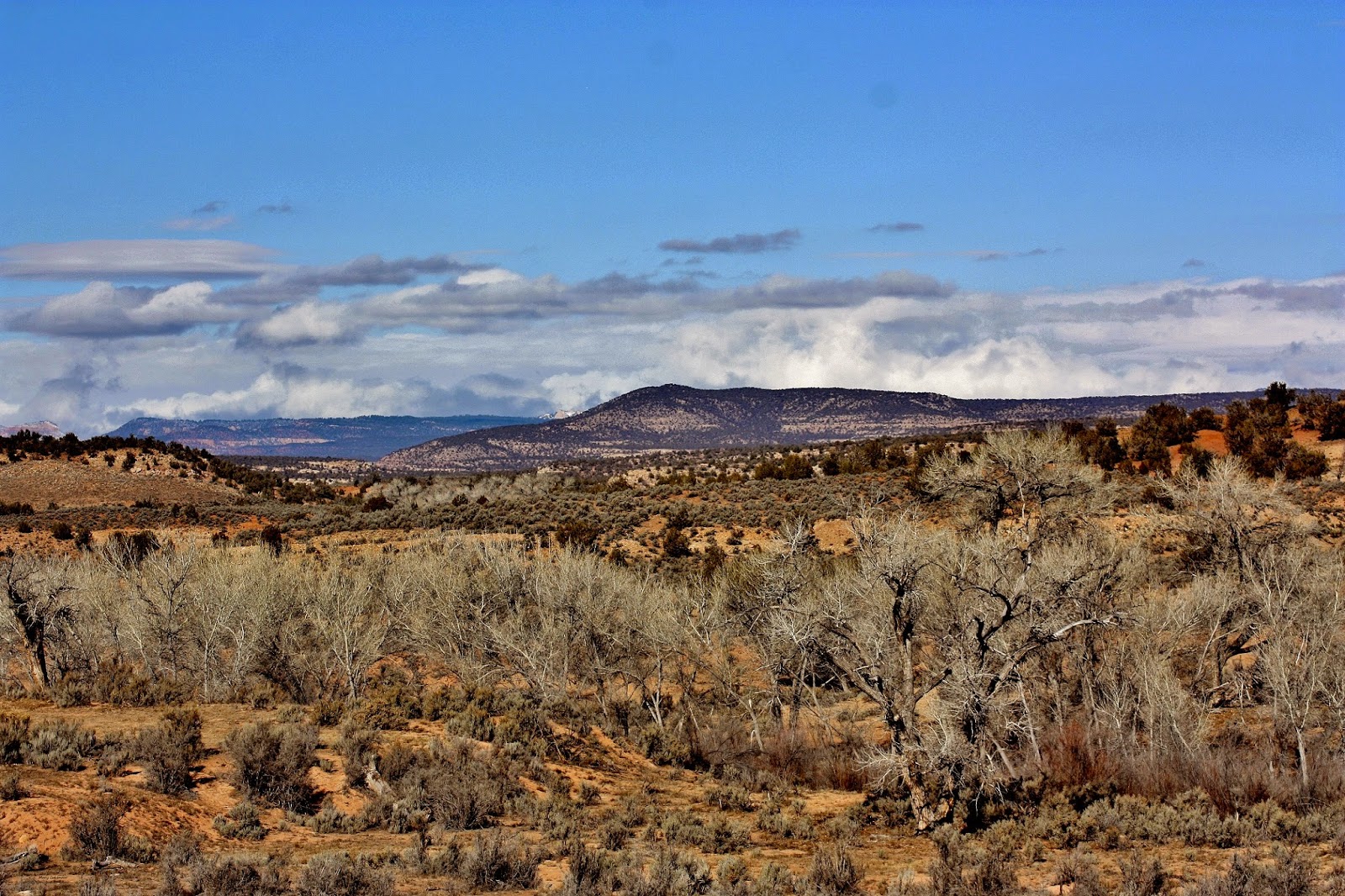 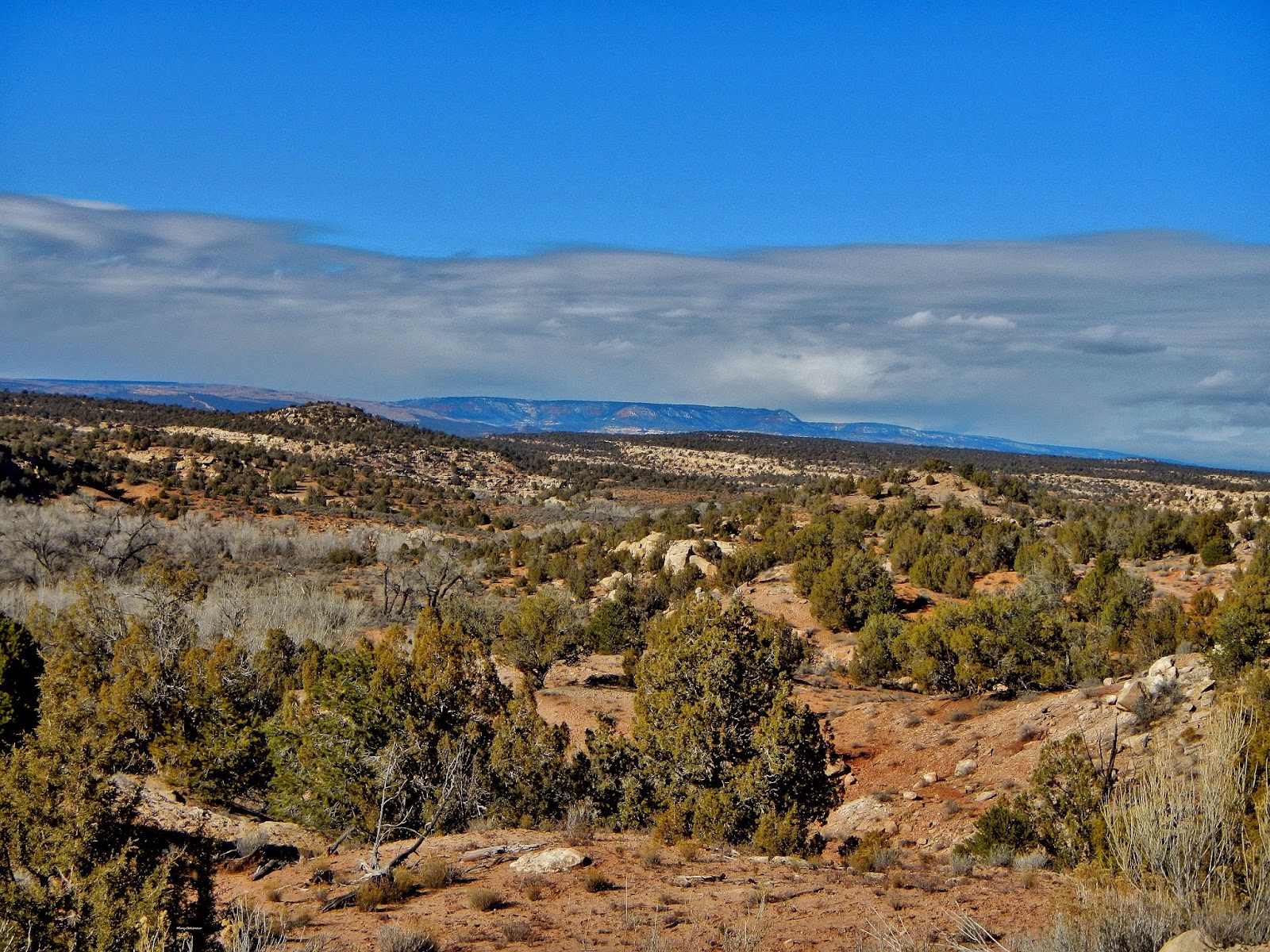 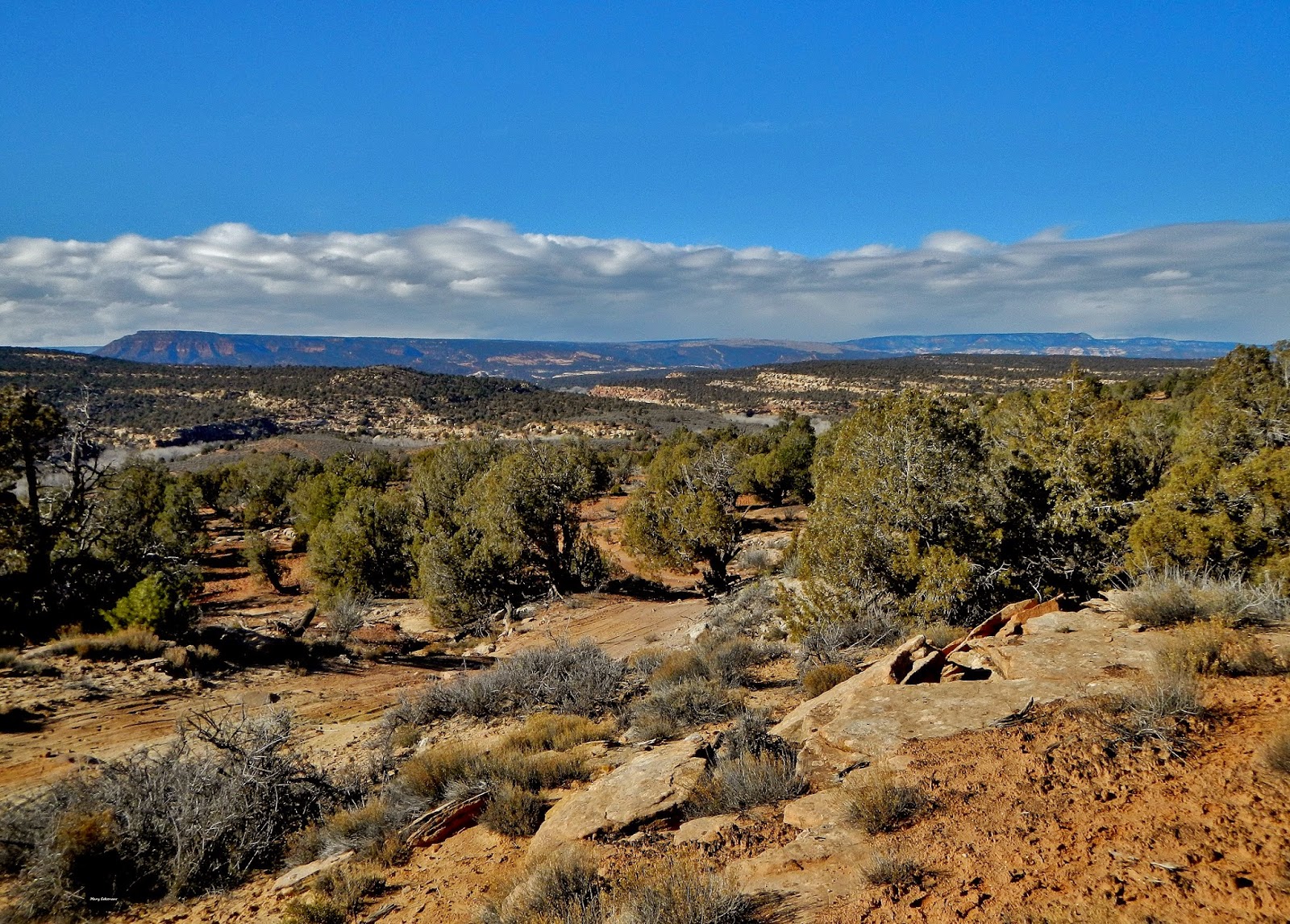 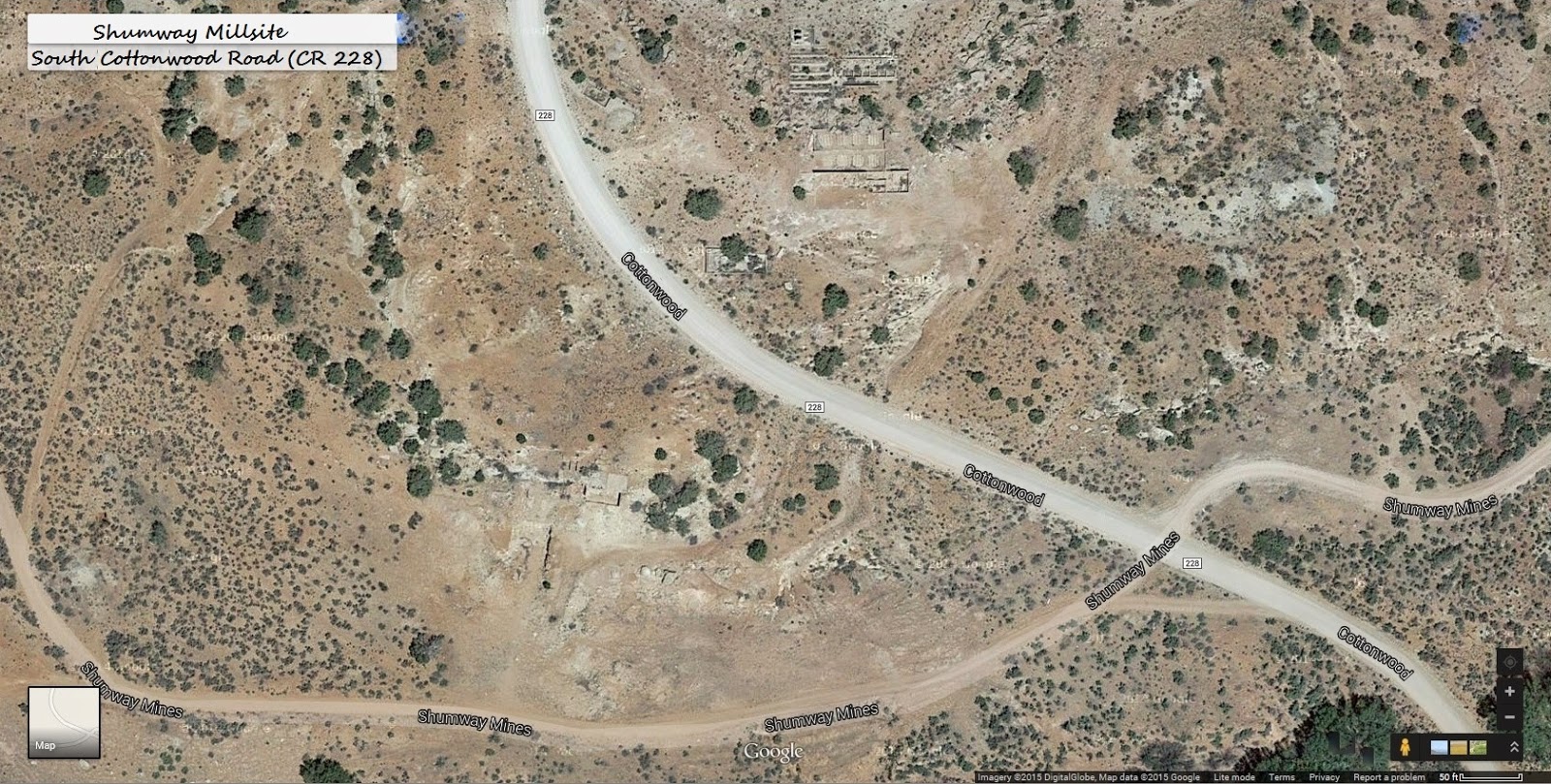 The history of the millsite will be a combination of information from two sources; a verbal history from Grant Lee Shumway in the book, "The Family of Peter and Mary Johnson Shumway" by Ruth Shumway Robinson and Gary Lee Shumway, and "Cottonwood Mining #2" by Blue Mountain Shadows.  The first millsite was built in 1937; the high temperatures needed to "roast" the ore caused the building to burn down the same year.  In 1938, the millsite was rebuilt, plus additional buildings containing a blacksmith shop, laboratory, assay office, boarding house for the workers, and a few cabins.  In 1942, the mill burned down once again; it was rebuilt, with a loan from the Defense Plant Corporation, in April 1943.  The mill, however, was forced to close its doors in July 1943; poor processing methods created few profits and loans could not be repaid.  In 1942, the millsite in Monticello had been built and working in full force, so all the ore, and tailings, from the Cottonwood area mines and millsite, were shipped to Monticello for processing from then on.  Remember, at that time, the dangers of uranium and vanadium were still unknown.

The Atomic Energy Commission, with help from the BLM and National Forest Service, cleaned up both millsites.  In 1997, it was determined that travel along CR 228 had increased dramatically with hikers, campers, ATVers, 4 Wheel Drive enthusiasts; the BLM went through the area to close off any open mines that would pose a danger, and made sure the millsite was still safe from the effects of uranium and vanadium. Report

By the way, I initially expressed some concern about the radiation contamination to my good friend, Amy Watkins Kensley, a teacher at the elementary school down in Monument Valley.  Her response was, "Honey, you live in San Juan County; we all glow in the dark!" That made me feel way better about it. 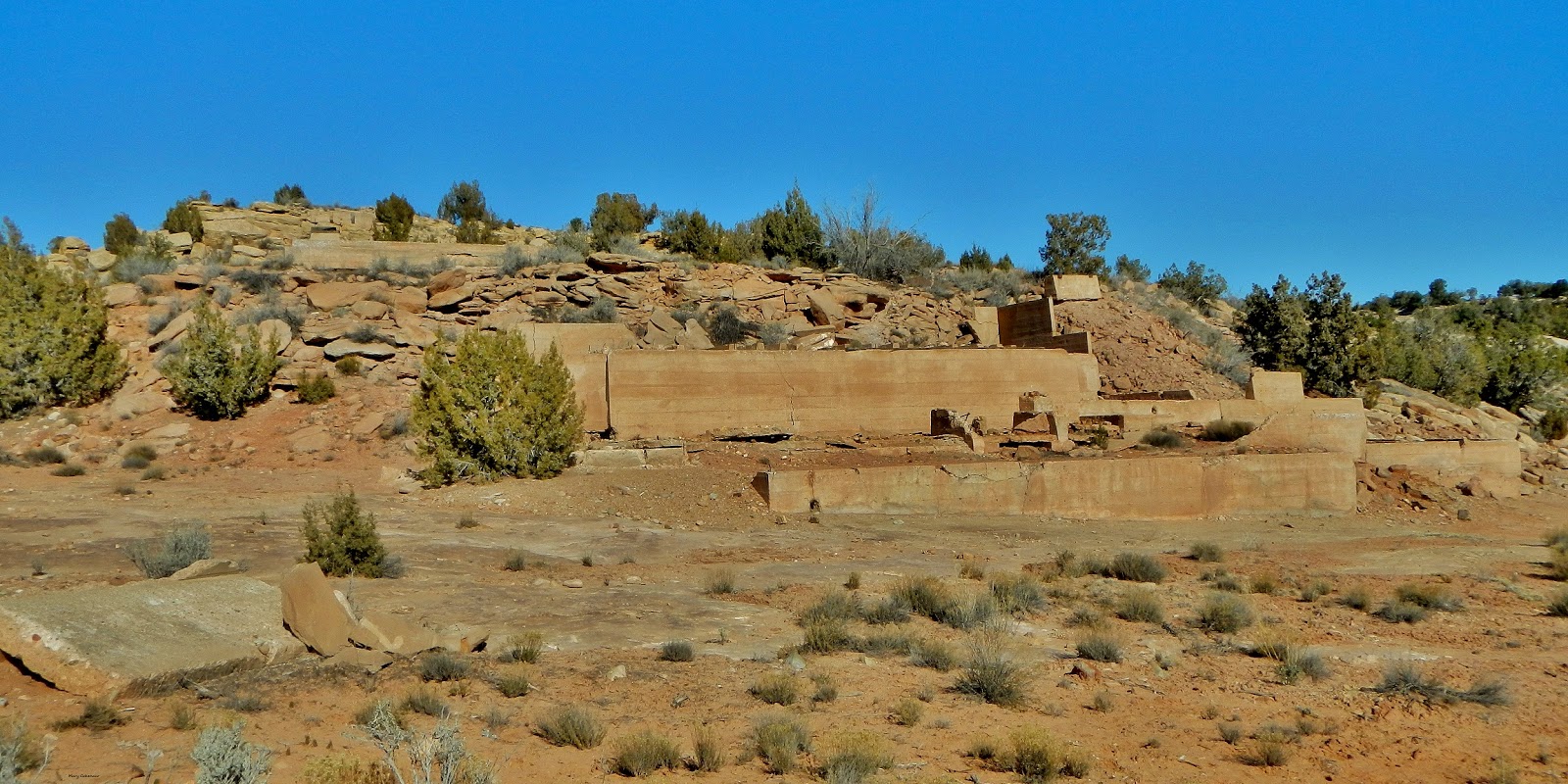 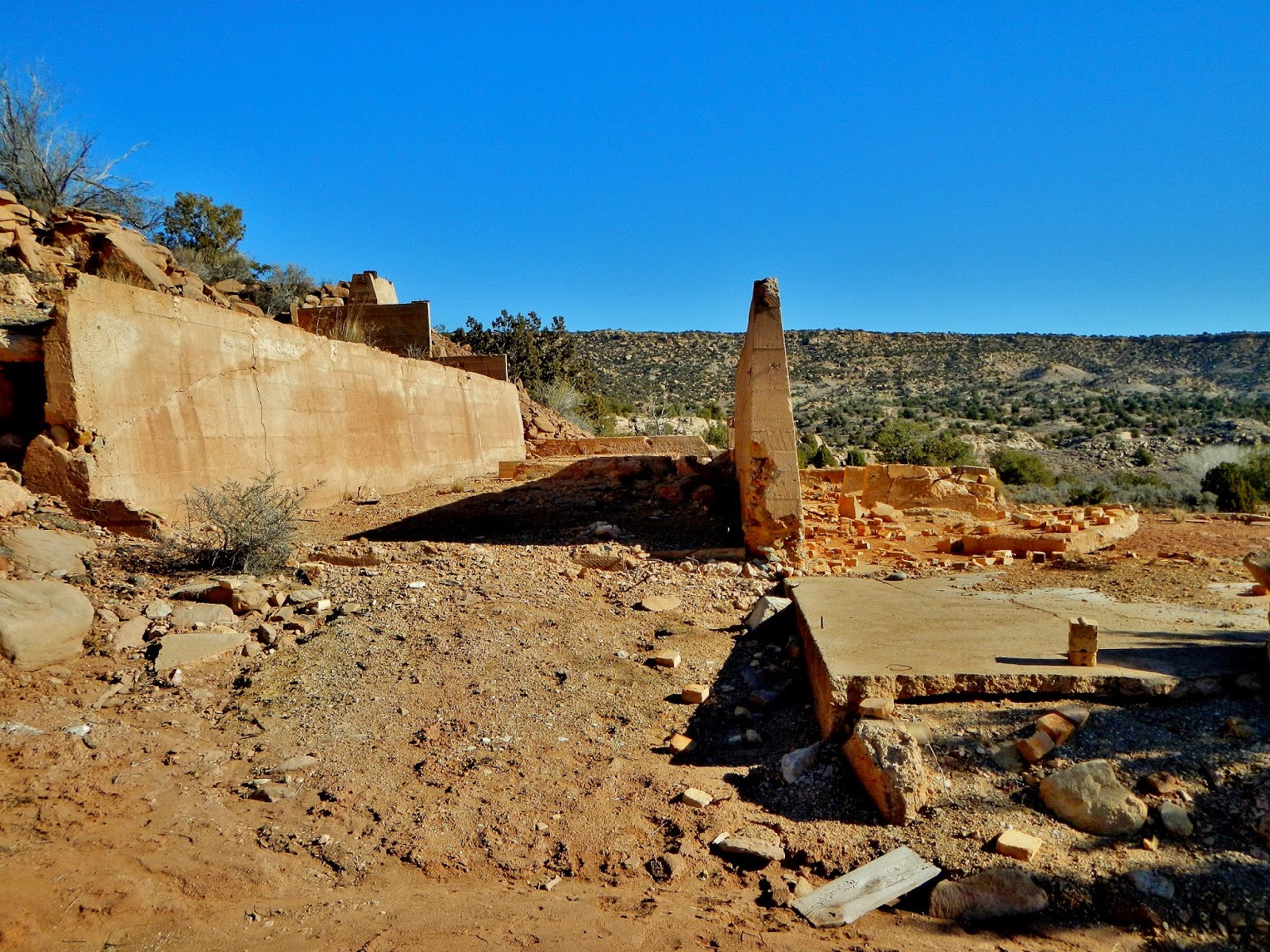 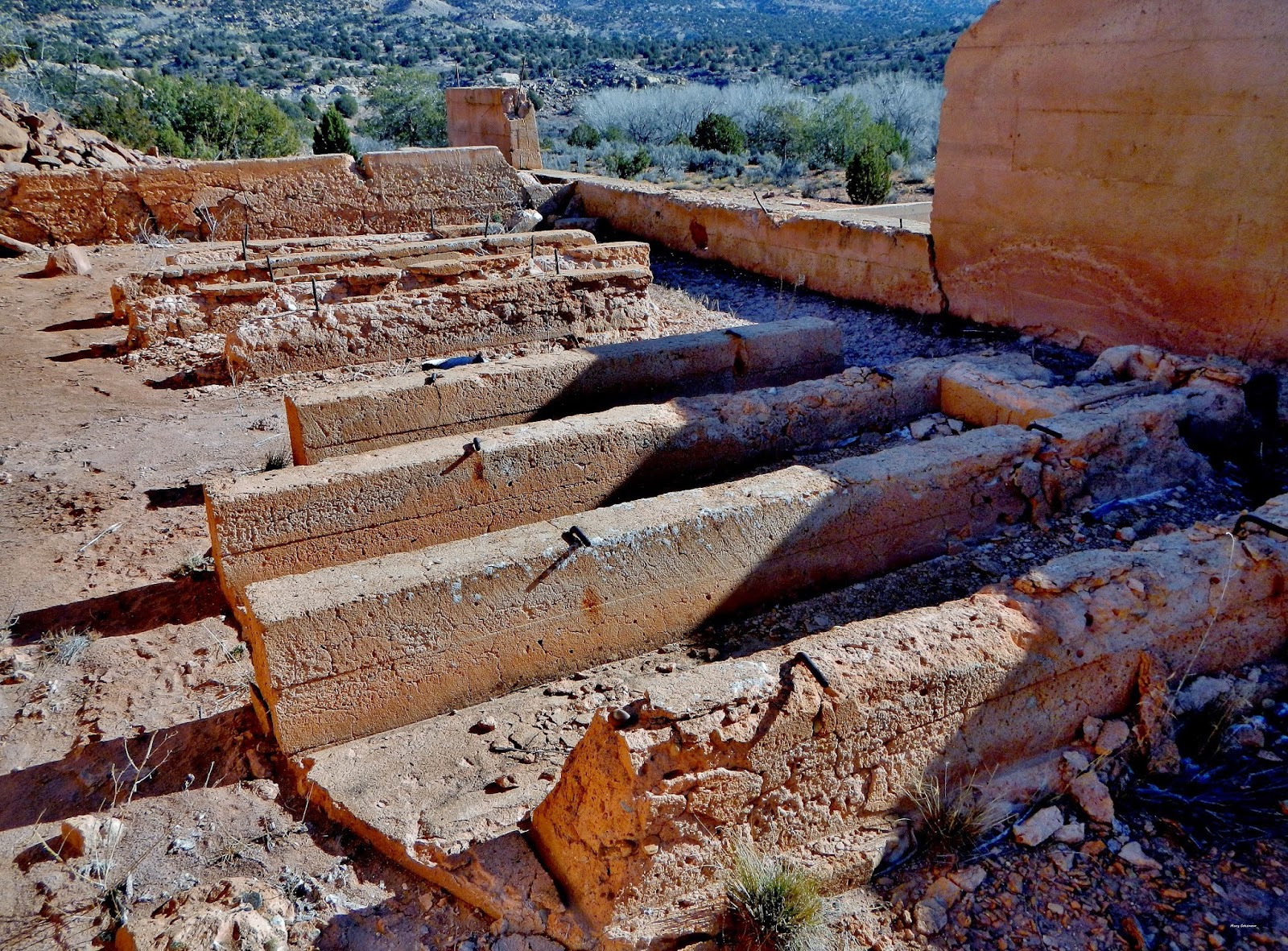 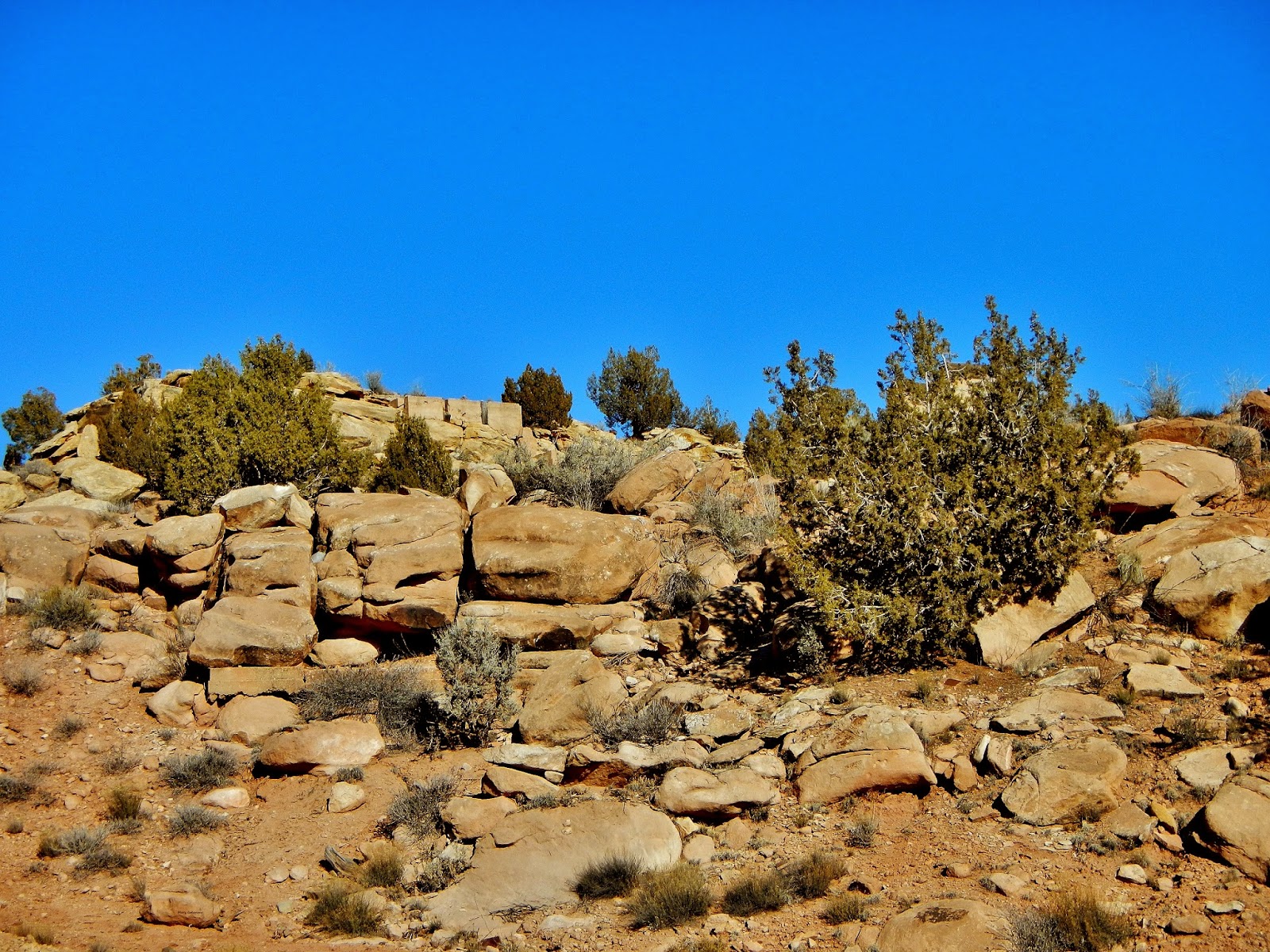 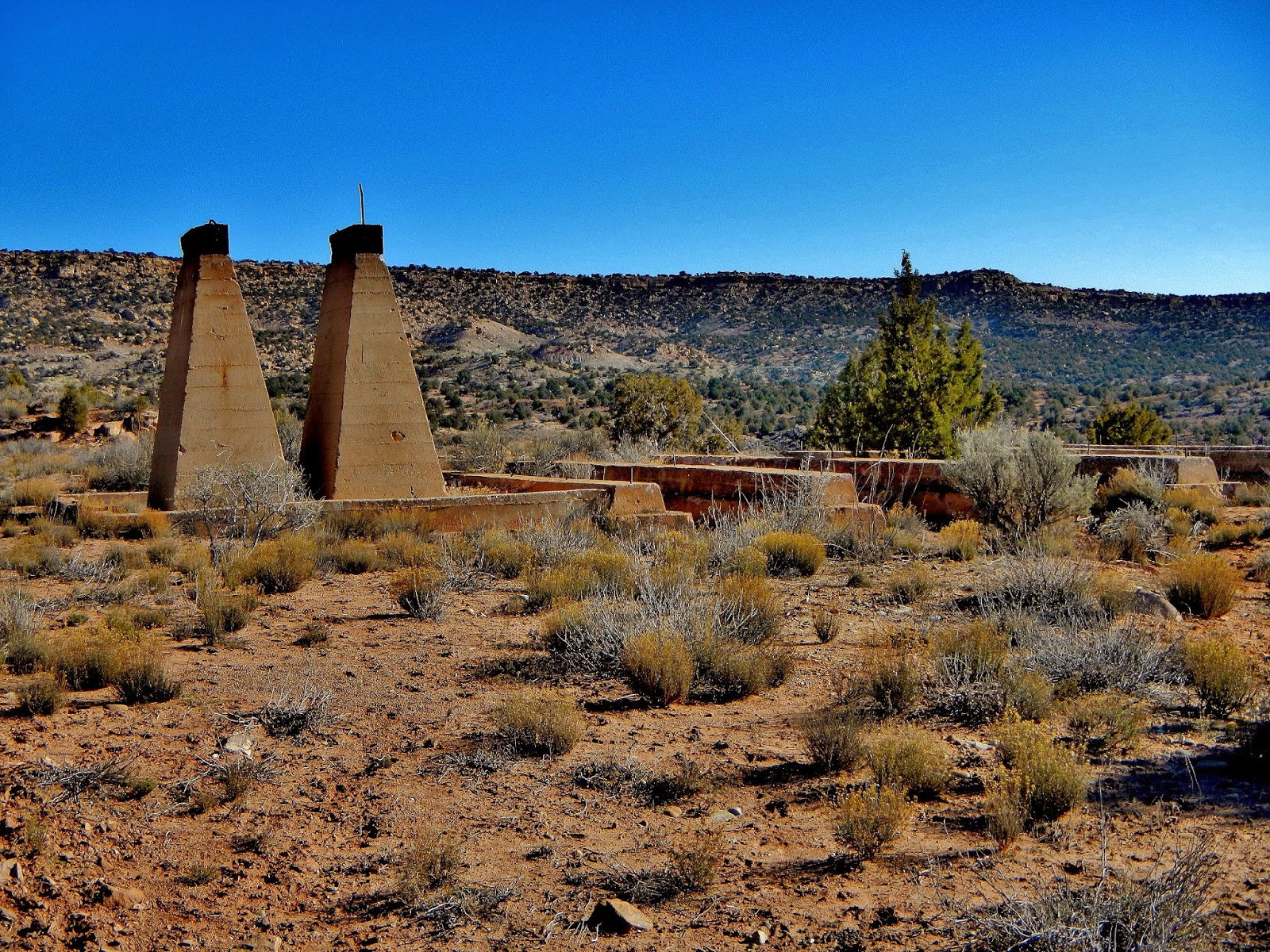 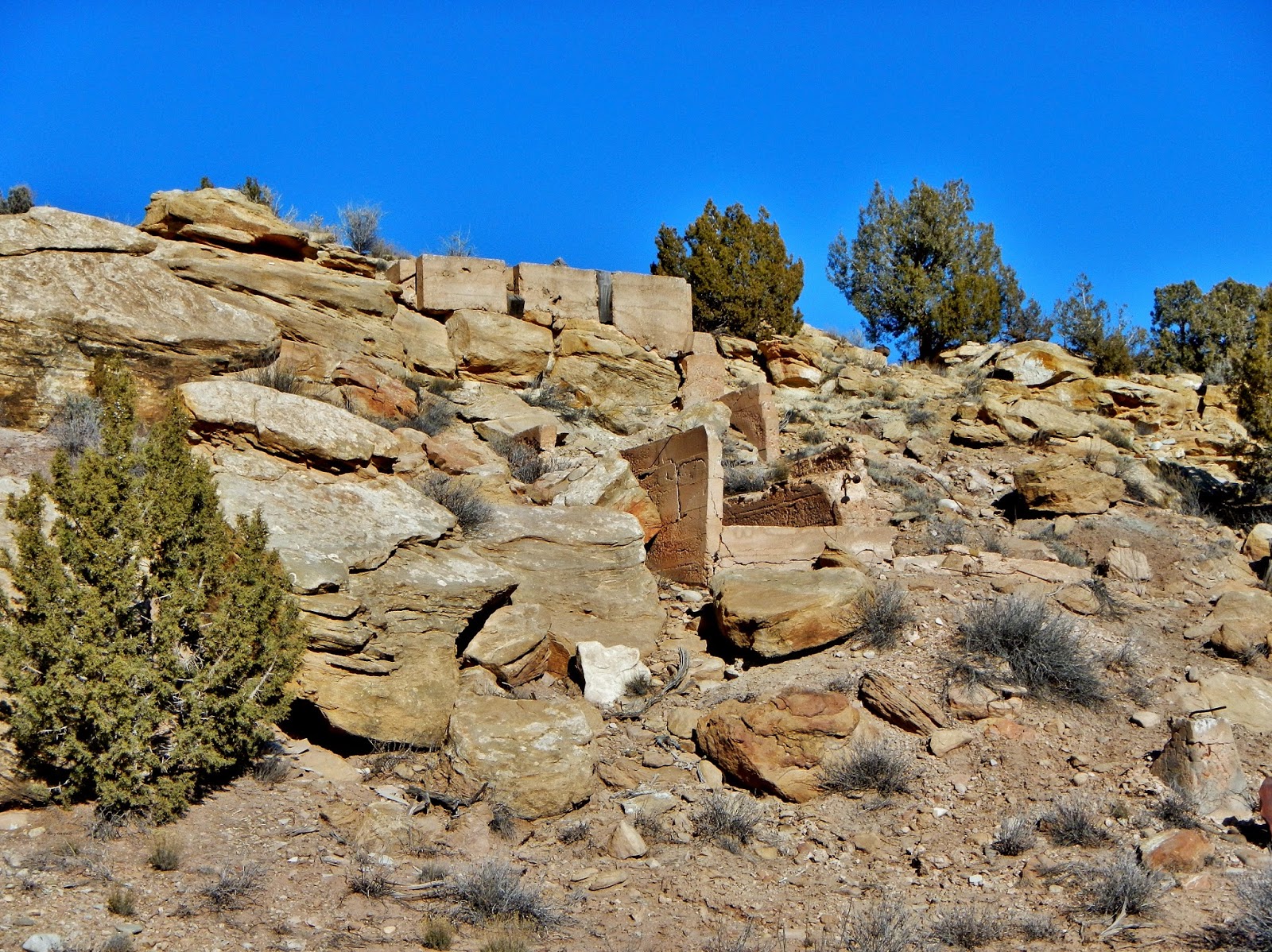 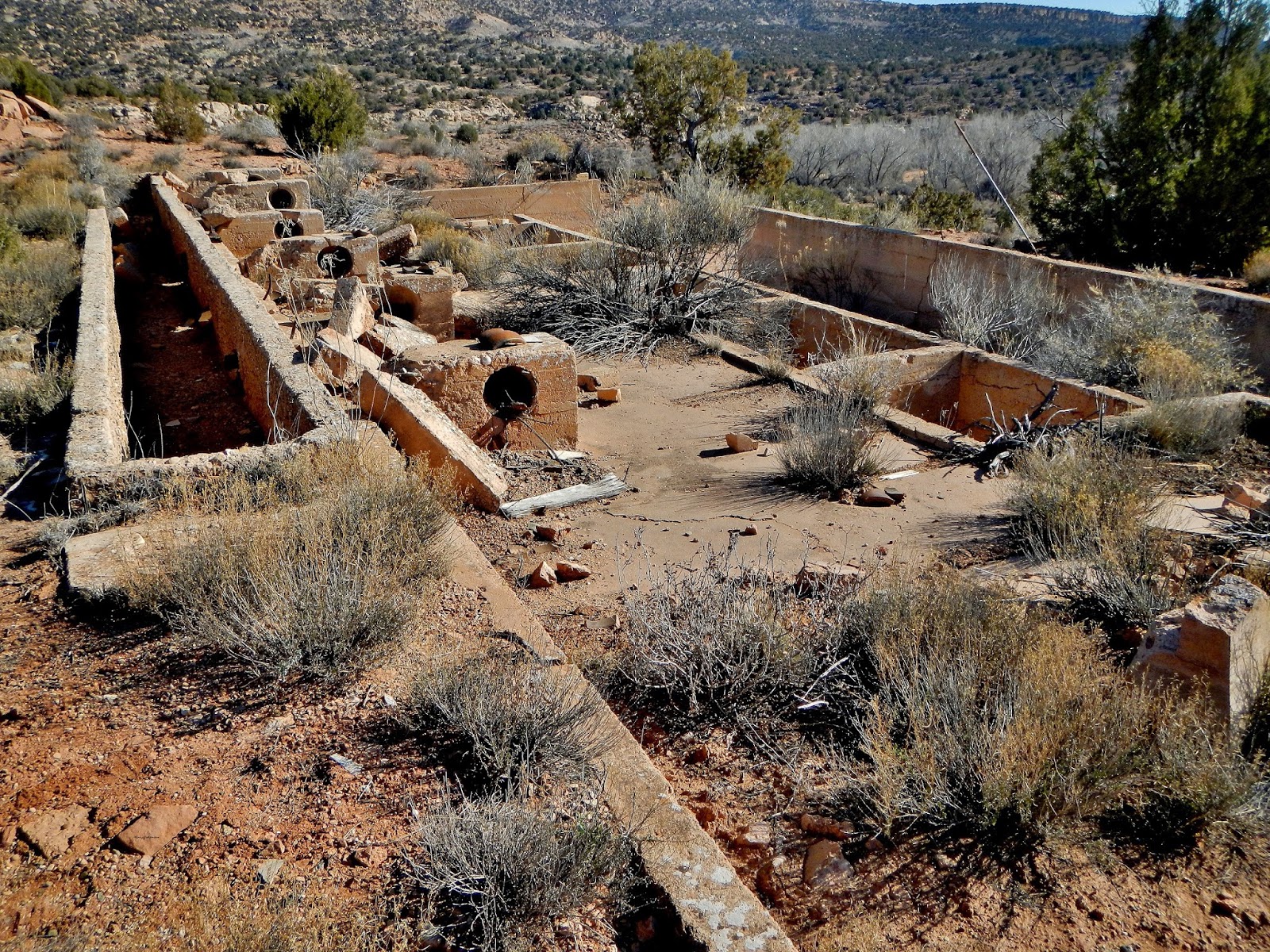 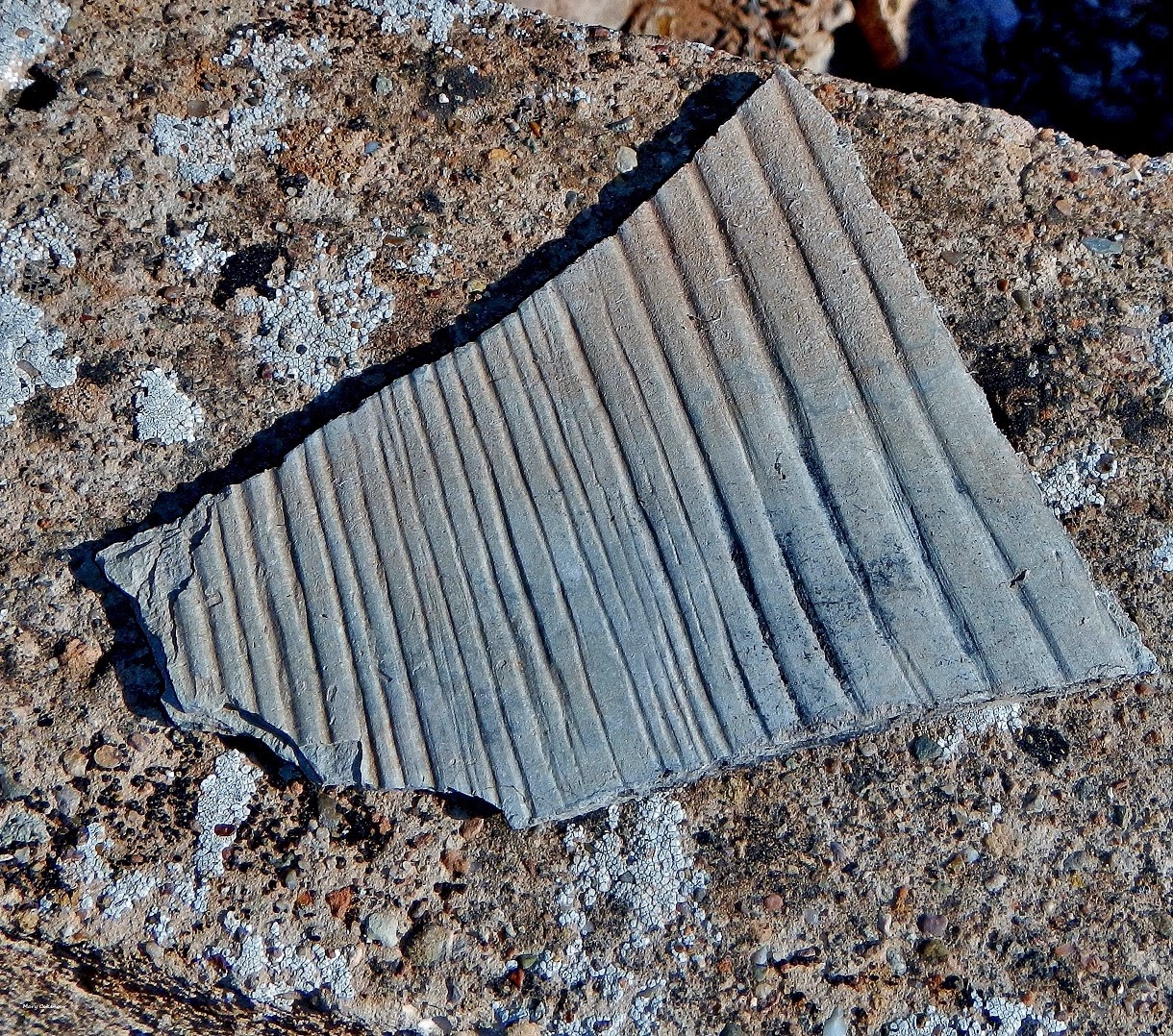 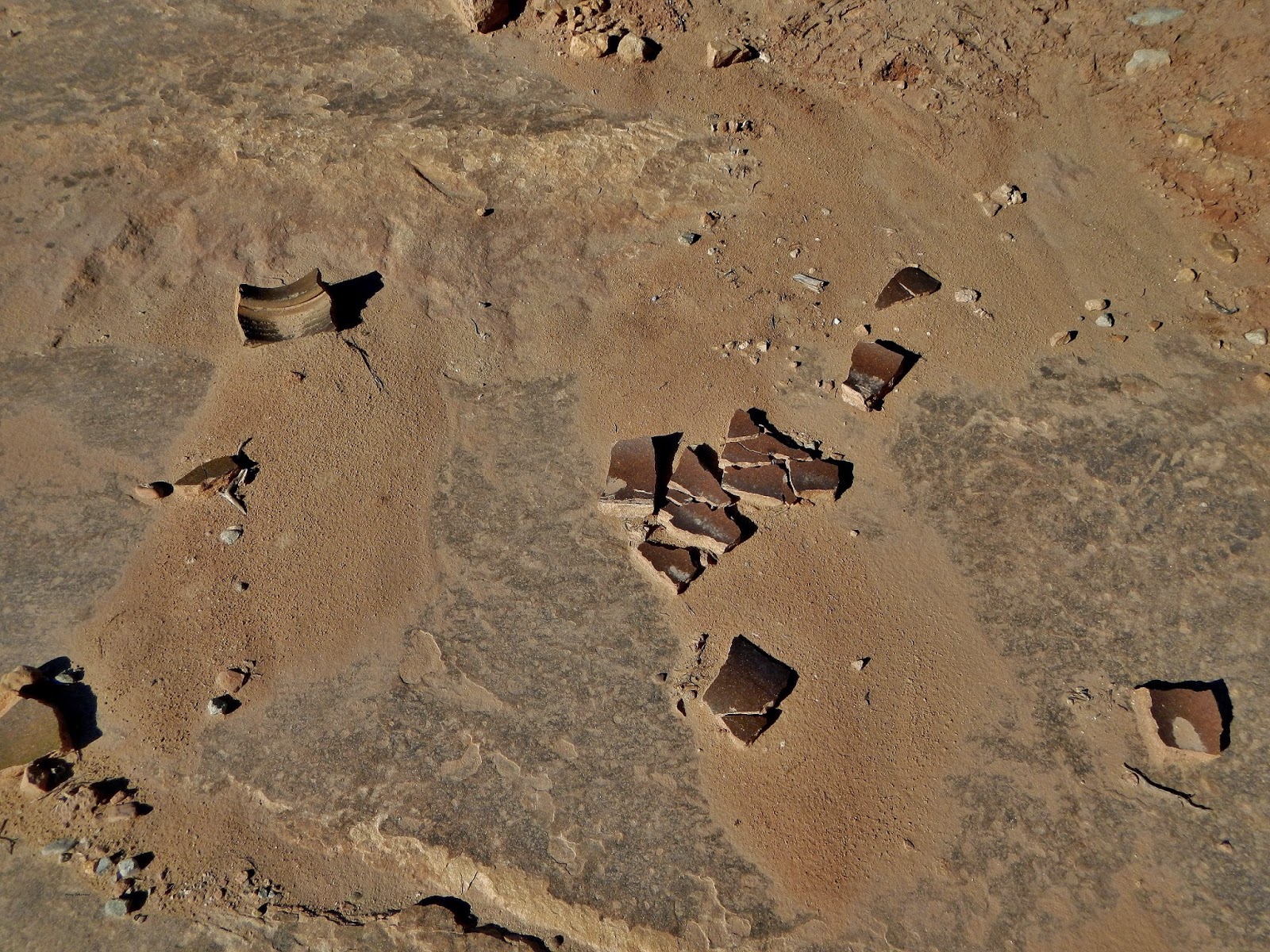 We continued our journey along CR 228; CR 268 went off to the right at mile mark 4.7.  At mile mark 6.5 you will be greeted with a sign announcing the entrance onto Ute Land; heed the warnings!  At mile mark 7.7 was decision making time; follow FR 092 through the low level section of the Manti-La Sal Forest to Bears Ears, or towards FR 095 to Dry Wash and eventually back to Blanding.  You're just going to have to wait and see what we did when I do my next blog posting that continues this adventure.

Note:  A huge THANK YOU!!! goes out to the ladies who run the library at the CEU Blanding campus for all the help they've given me in researching the Cottonwood Millsite.