Those Closed Off County Roads.

To make this next series of postings sensible, I decided that I would first post only the map and legend of the areas I've explored already, and add to it as I find out more.  Today's post is basically to give you an idea of what the landscape on the roads looks like, and how the canyons tease you from beyond. 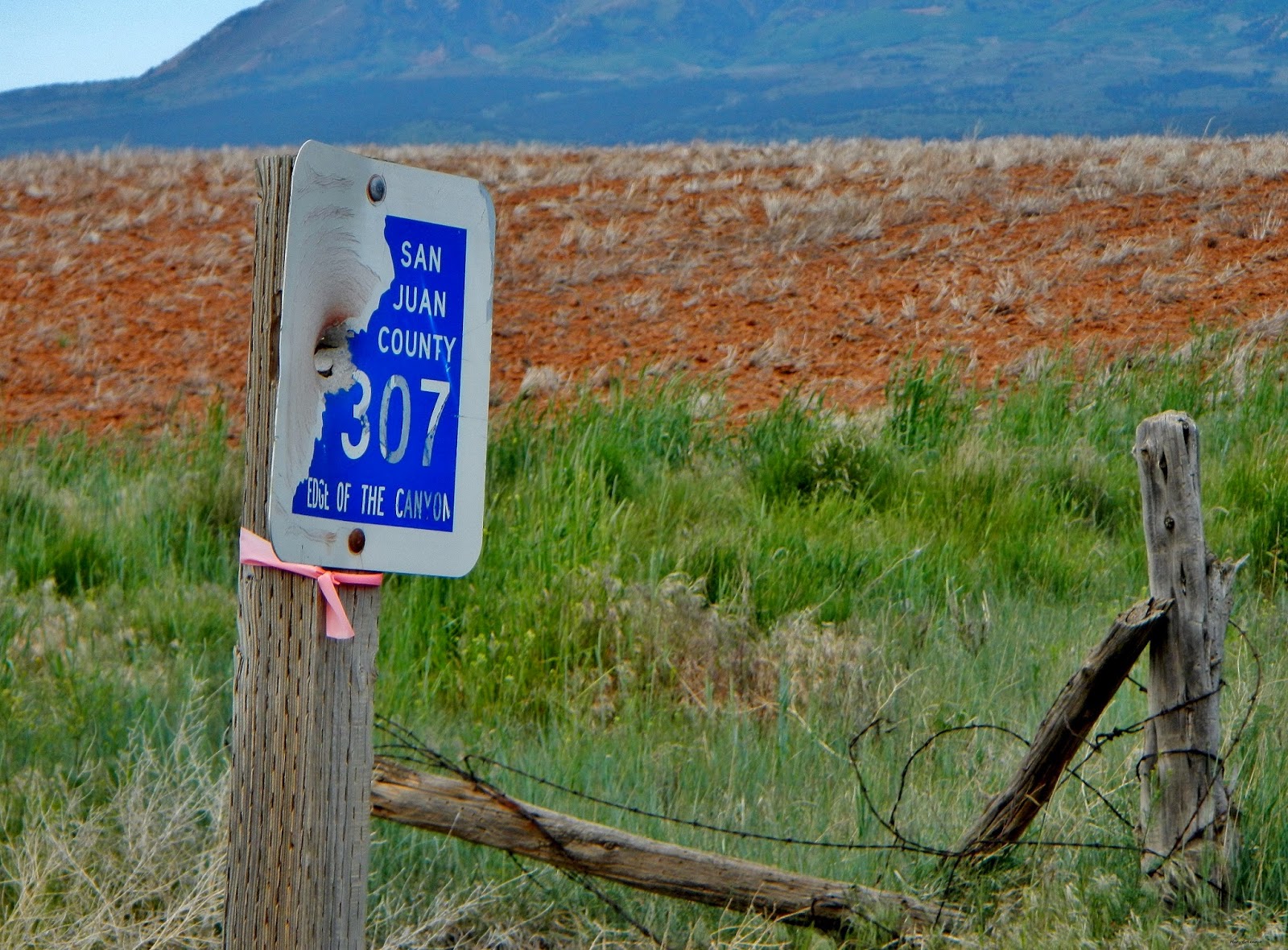 Lets take CR 307 - Edge of the Canyon and that's exactly what you'll see; a small top section of the edge of West Boulder Point Canyon.  The road goes for three miles before it dead ends at a farm; no where along the road is there any access to the canyon itself.  Well, unless you want to trespass onto private land, and going to jail is definitely never going to be on my bucket list. 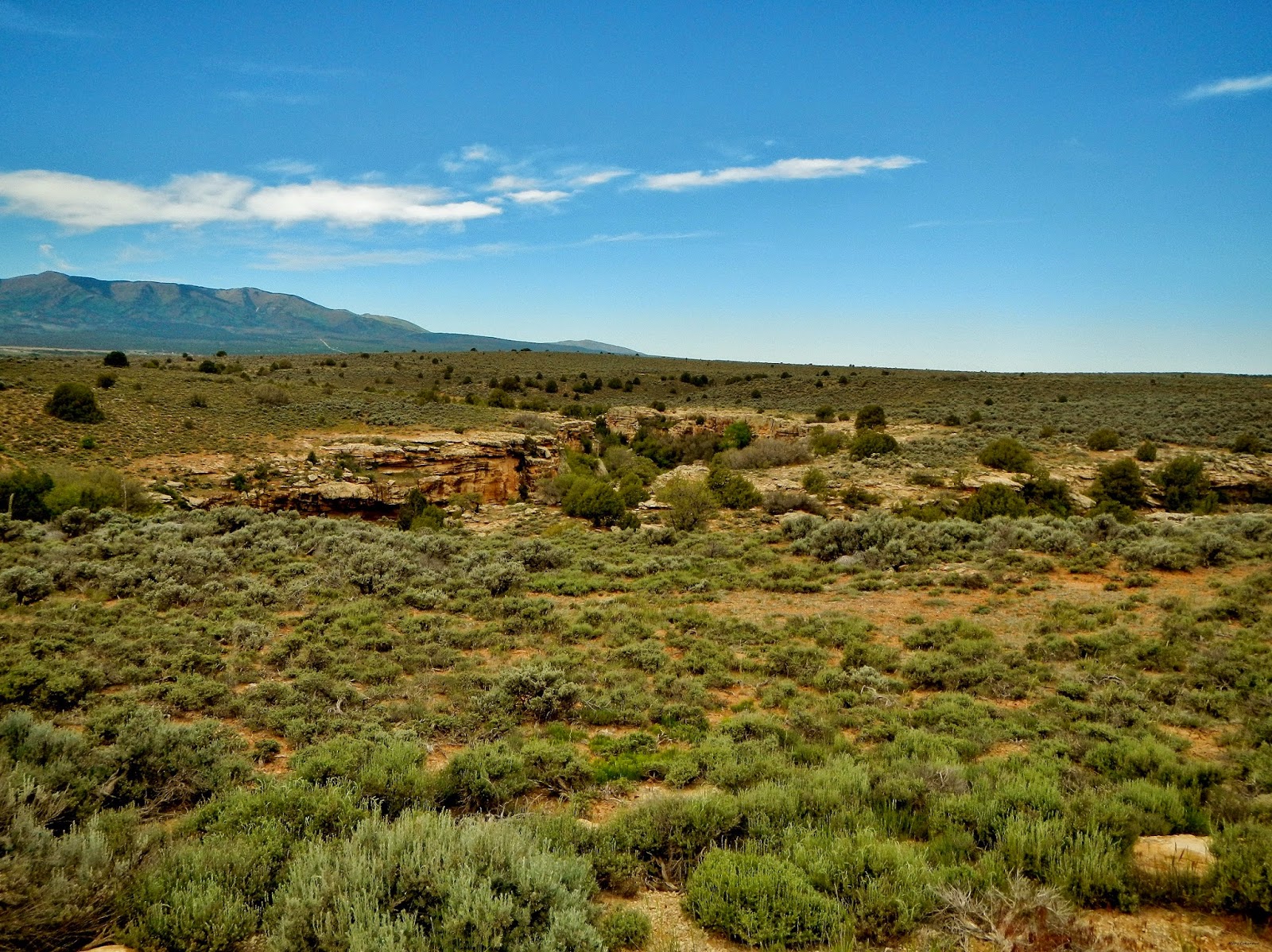 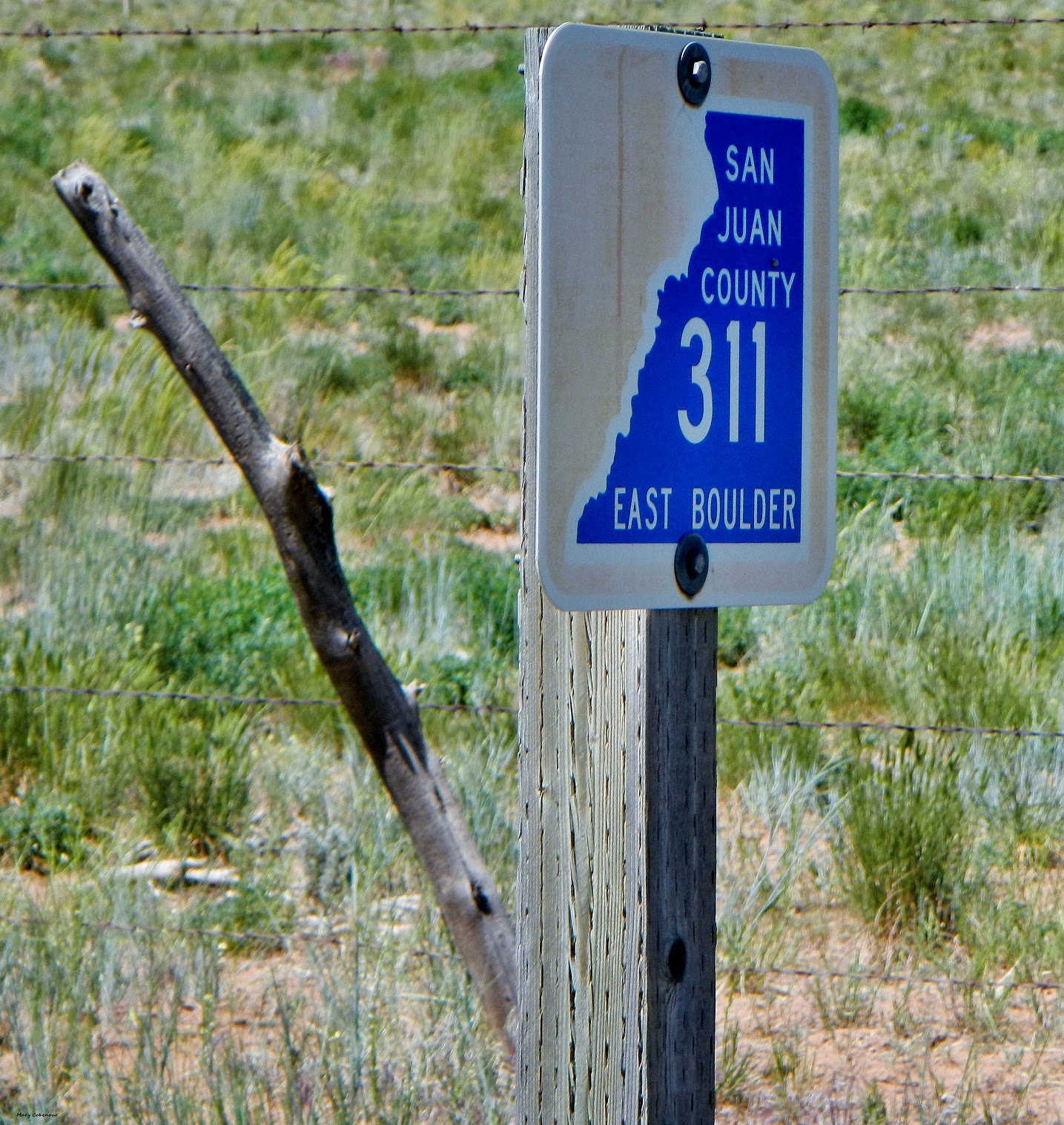 CR 311 - East Boulder Point gives you a small side view of Boulder Point Canyon; this road is only 1.7 miles before it dead ends at...you guessed it, a farm. 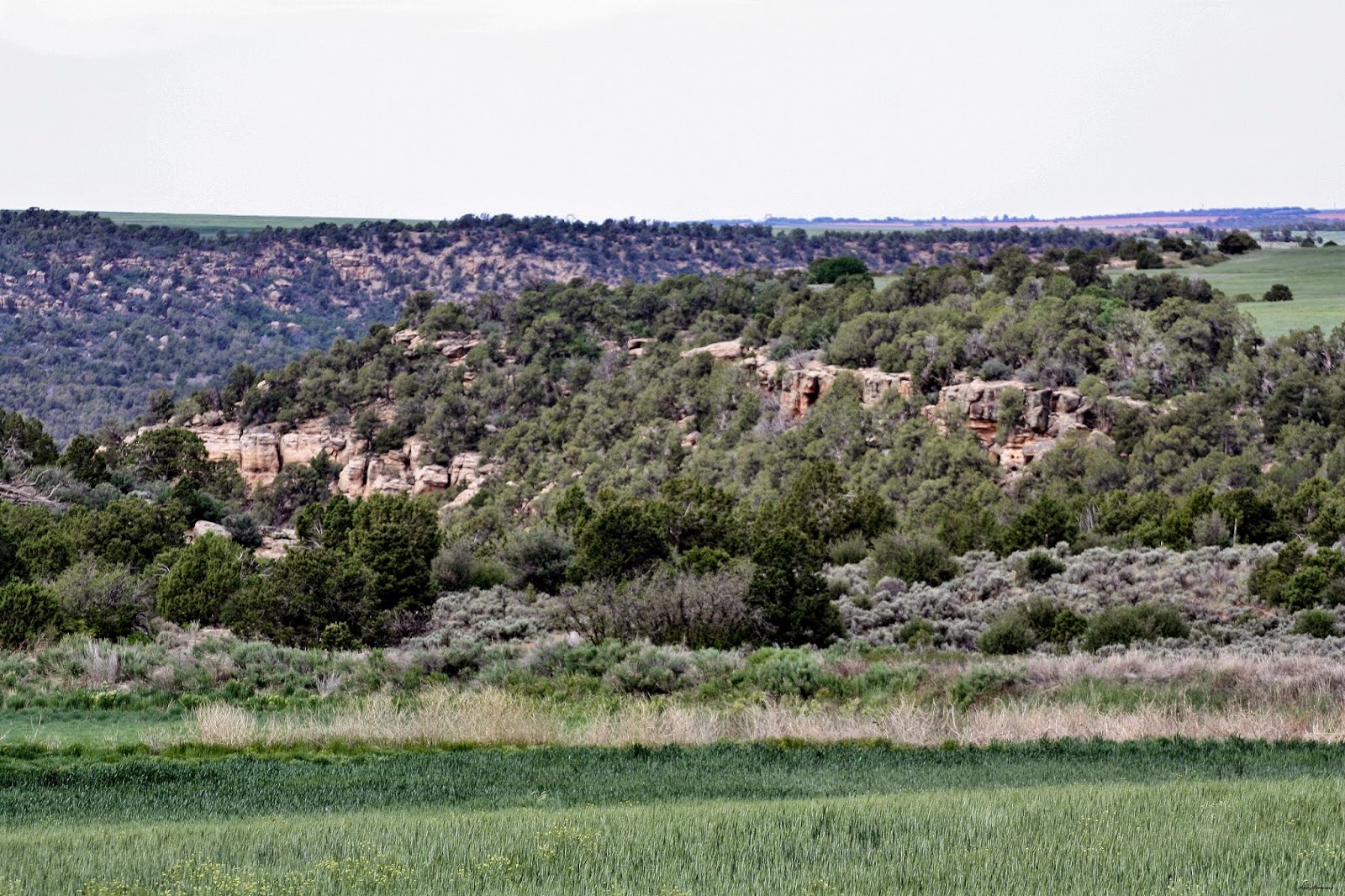 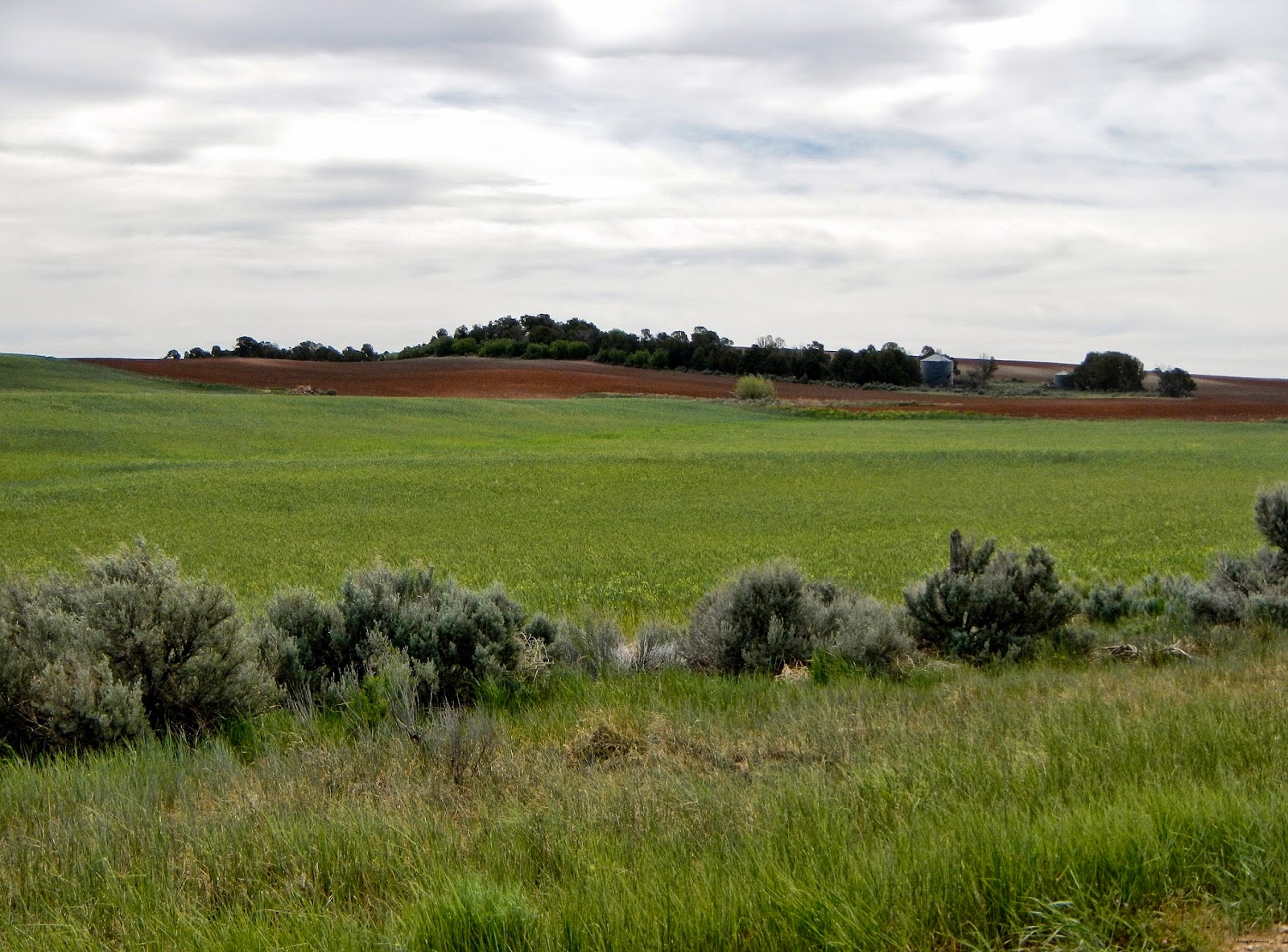 Now after the Hole in the Rock pioneers had settled in Bluff, a group were sent up north and began a brief settlement in Verdure.  They'd already kicked out the ranchers from Colorado and Texas; and it was easy since the courts were run by the Mormons, so they would vote in favor of the Mormon pioneers over the "outsiders".  Considering the original Mormon settlers of Utah were "outsiders" themselves; well that's logic for you.  Anyway, this was going to be the first location for Monticello in the long run, but plans changed.  Another group decided to head on up further north and found that the land under those majestic Abajo Mountains was lush and fertile.  Back to the ranchers who had settled here after being kicked out of Verdure...you guessed it, they were kicked out of this area too.  In fact, while digging around my own property, I found pieces of pottery which I was able to trace back to a company in Texas which made this pottery especially for the ranchers back in the 1860's.  I'm still researching my own property background, so intend on putting a photo of the pottery when I post that information in the future.  So, in 1887 Hammond was established and later renamed Monticello in 1888 after Thomas Jefferson's home.  A little side note about the pronunciation of Monticello; instead of the Italian pronunciation of Jefferson's home (Mon-ti-chell-o), it was "Americanized" into (Mon-ti-cell-o).  Besides the farmland, there is shrubland also, so keeping cattle was easy for the pioneers as well...wonder where they got the idea for that. 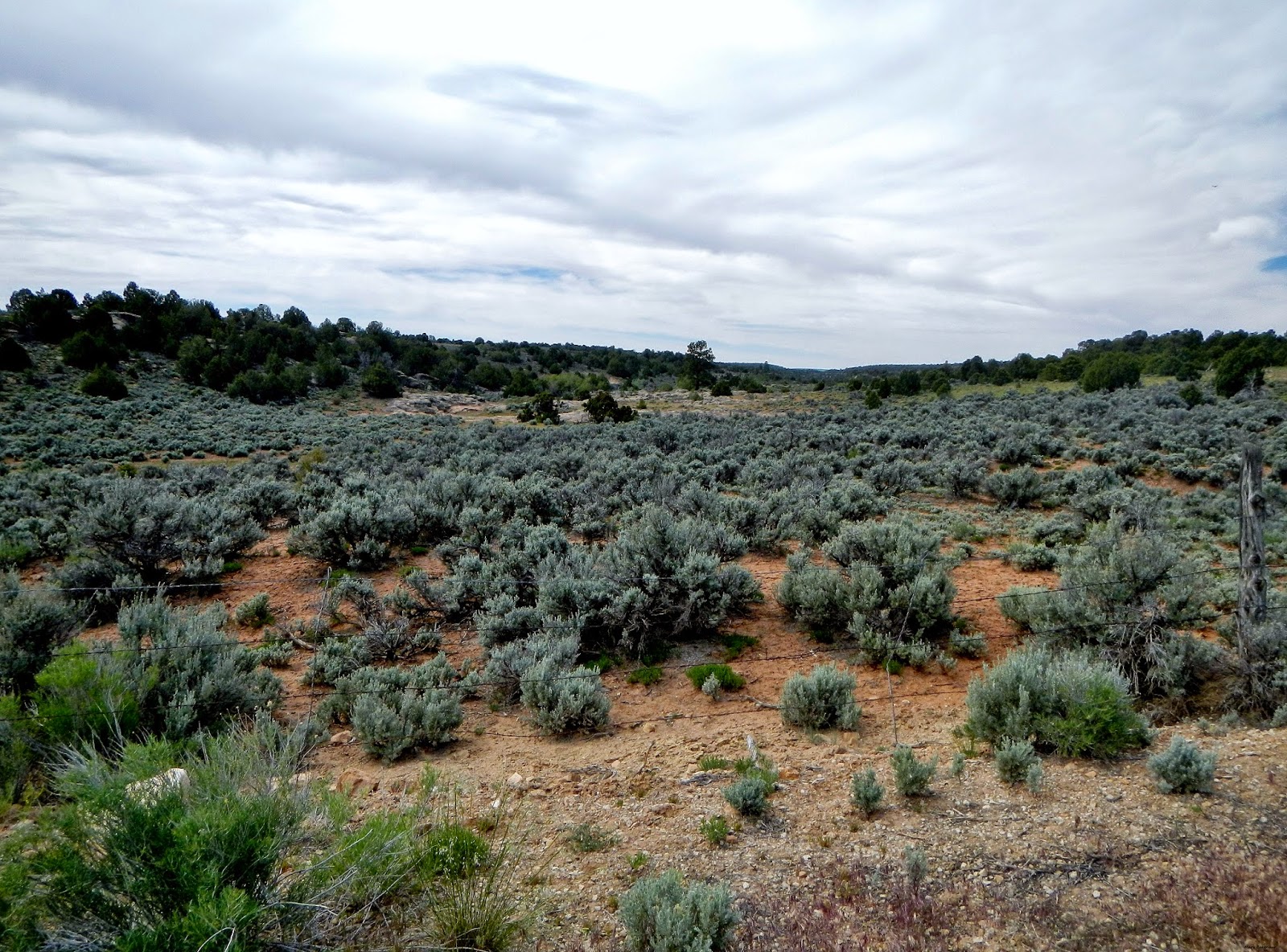 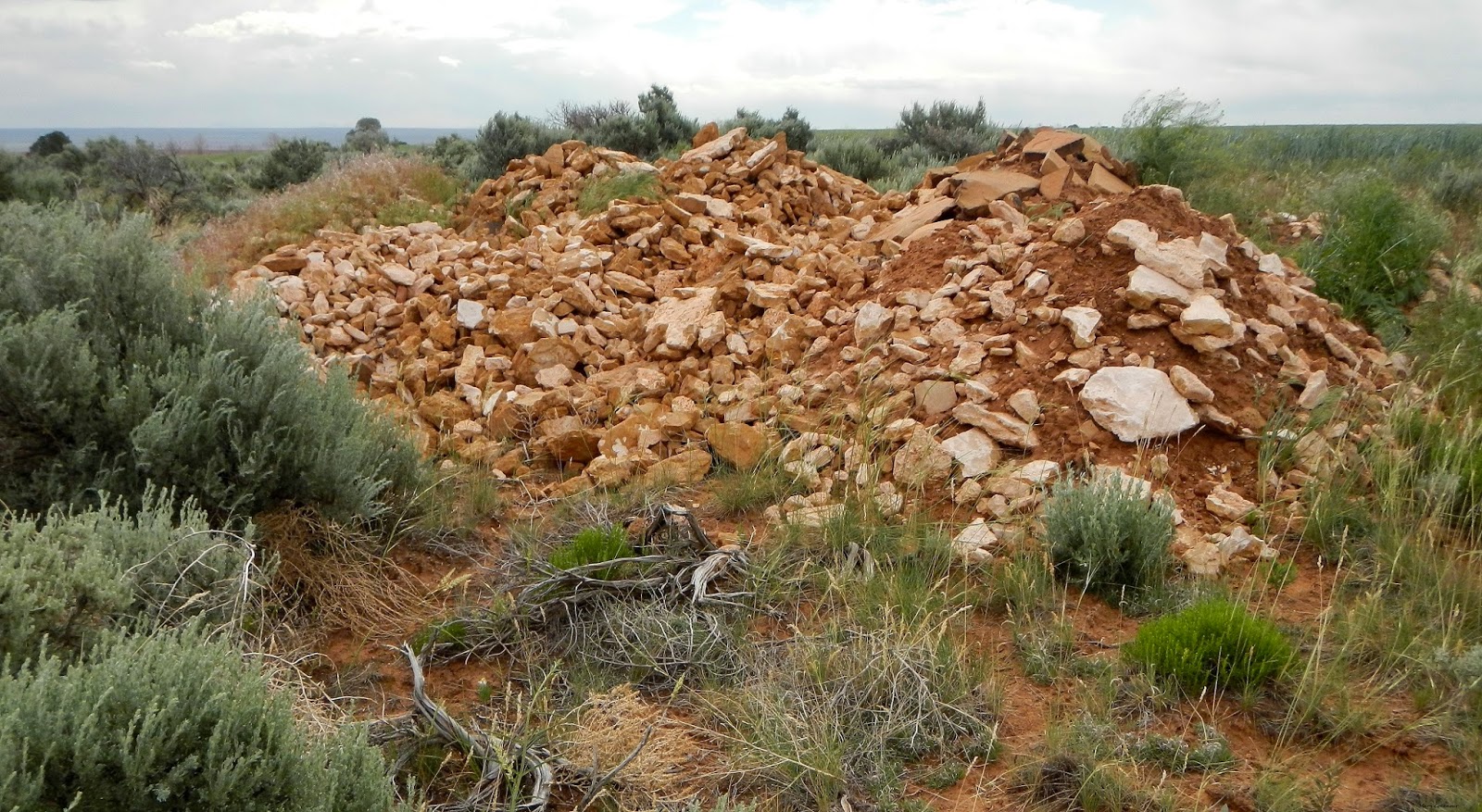 While trekking around, I met a farmer who was willing to give me some input into the history of the "land grab", and also explained the numerous piles of sandstone rubble seen on the farms.  Tilling the land, the farmers found buried Indian ruins; well you never know when you might need those stones, so they were dug up and piled in areas that didn't interfere with the growing areas.  Checking out a couple of piles near the roadway, I noticed what looked to be pottery shards; smooth on one side, painted on the other; so maybe that farmer wasn't just telling a tale? 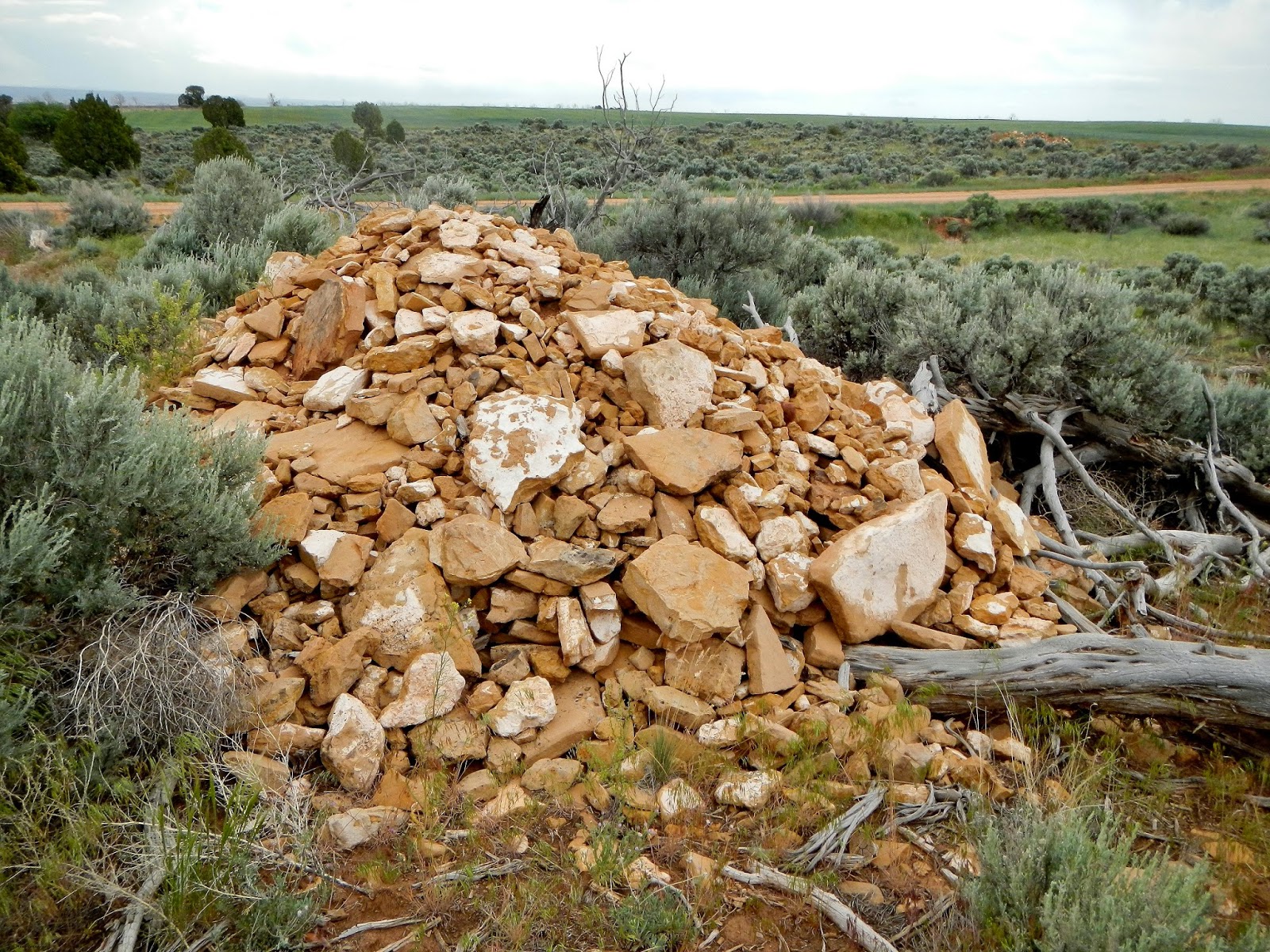 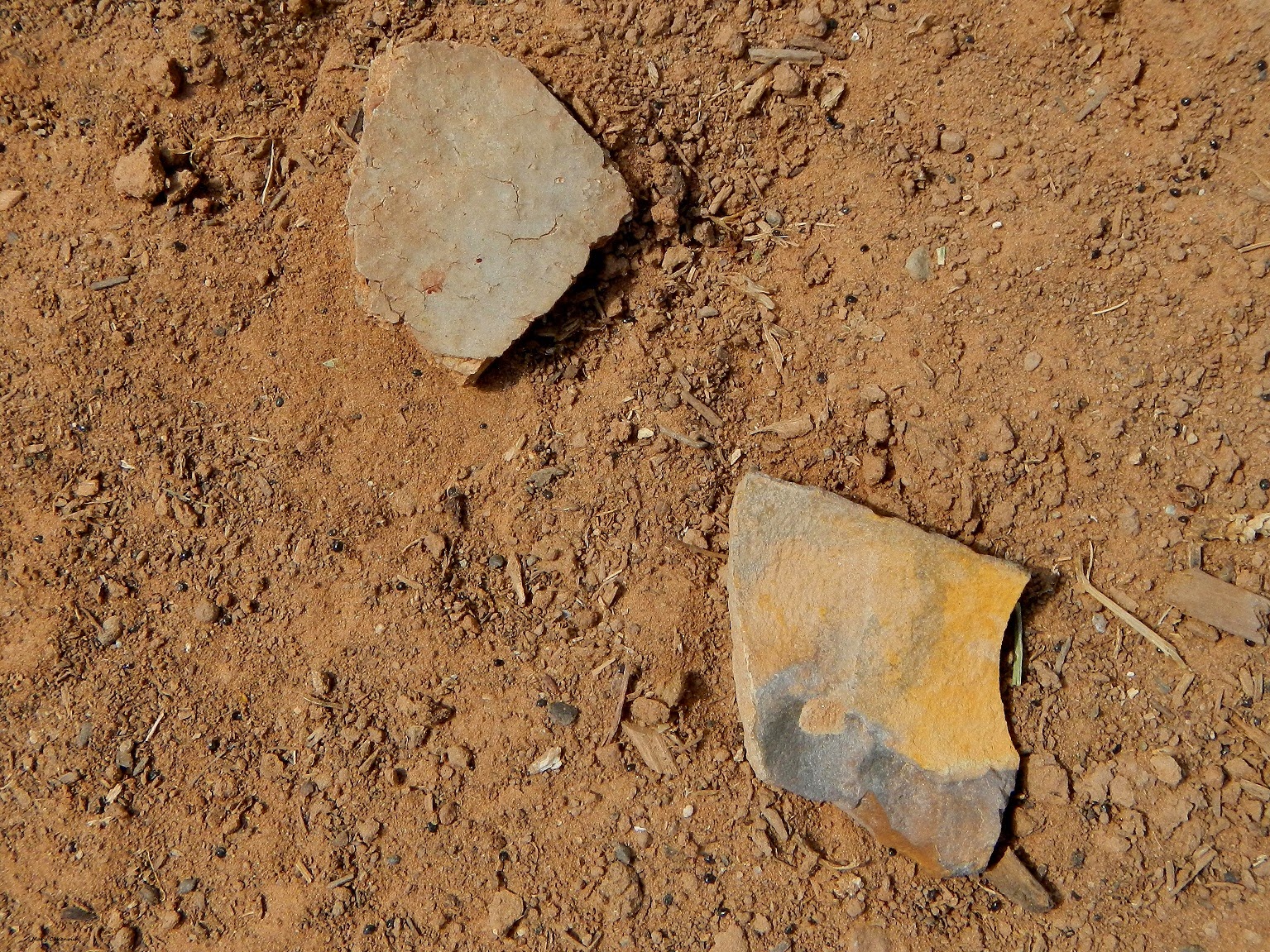 Digging around archives, I may have found out exactly who the rancher "Peters" was that Peters Point, Peters Hill, Peters Spring Road, Peters Wash Road is named after; yep, that's for another day also.