As promised, I've updated the most recent map of the San Juan County area that Roy and I are working on. Yesterday I road up and down, what I call, secondary roads that came off of CR 312 - Eastland; mostly 4-wheel drive friendly, but too short to have any real adventures on.  I chose to drive back down first to CR 354 and CR 353, then work my way back towards Route 491 up along CR 312.  I think what amazed me the most was that I was out for four hours doing this, but it only felt as if I'd been out for a couple of hours.  Proof that time does fly when you're having fun! 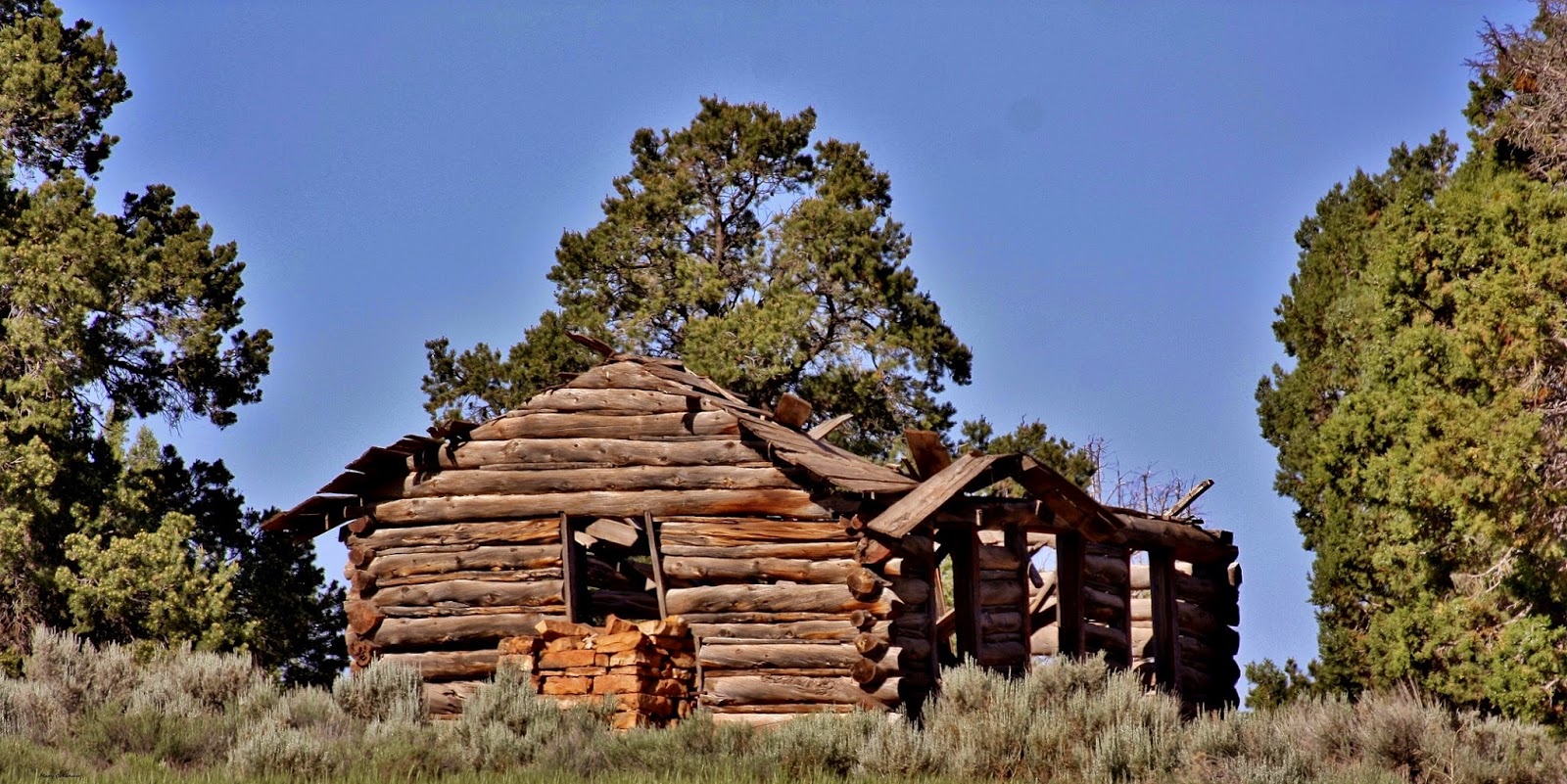 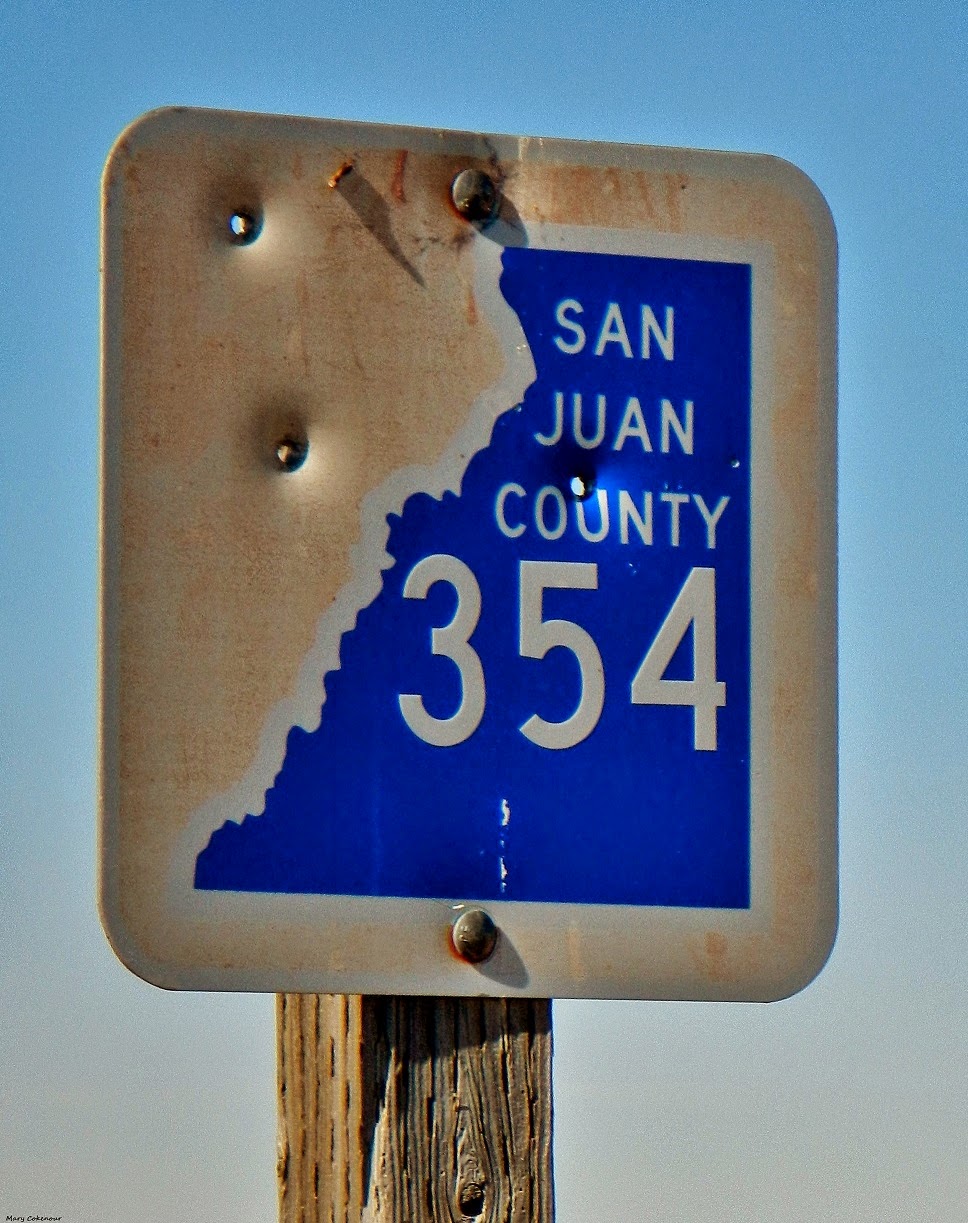 CR 354 is 6.8 miles along CR 312 is only 1.1 miles in length before it dead ends at another of those abandoned homesteads.  I truly enjoy photographing these old homes, made from logs cut in half lengthwise, planks, or a combination of both; they have such character!  Sometimes the stones used to create a fireplace are still in place; and I look to see if newspaper was used to fill in the spaces between the logs, so I can date the buildings.  At first I thought the wheel standing up in the sagebrush was a simple wagon wheel, but it was actually part of rusting farm equipment. 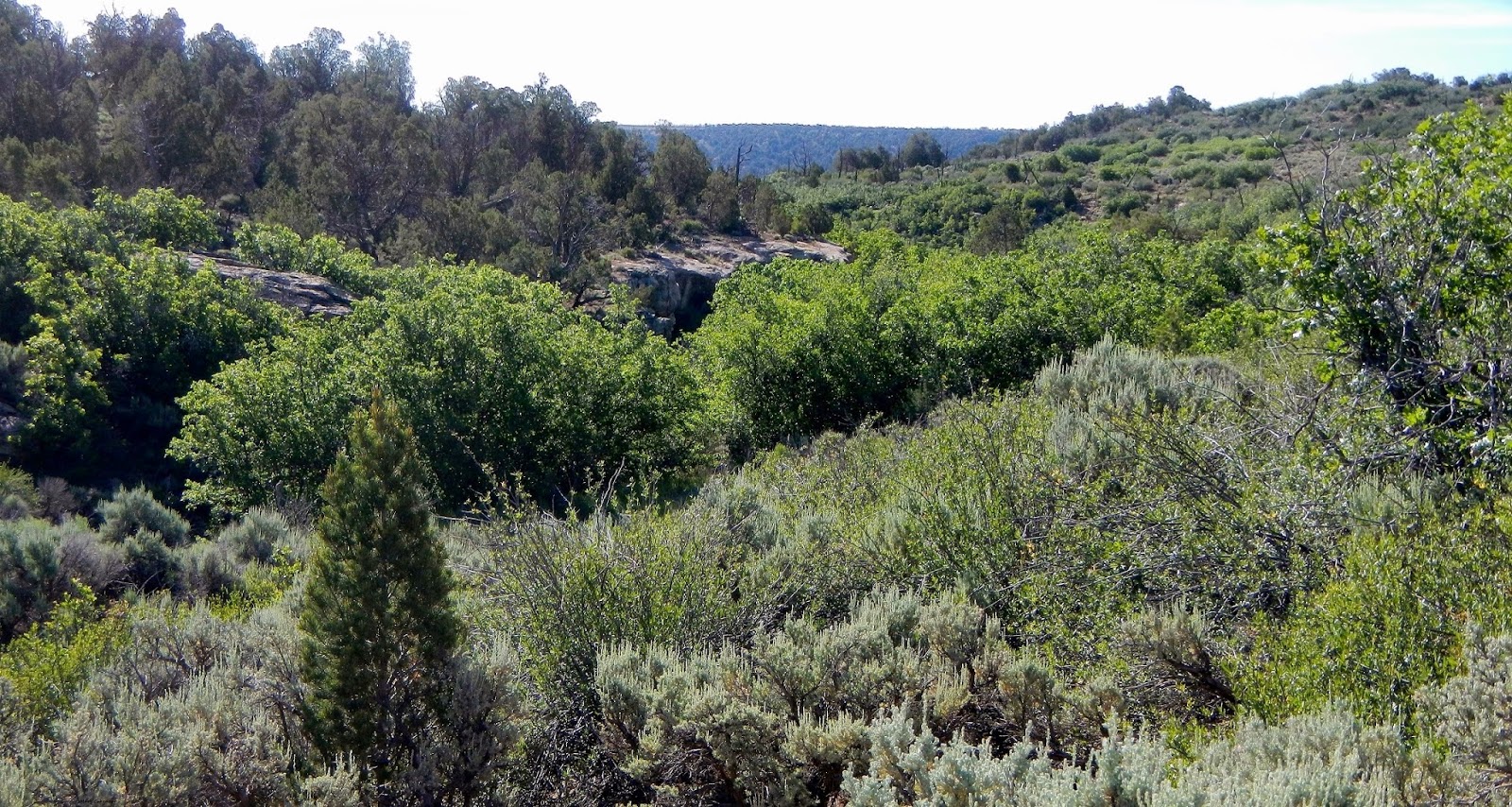 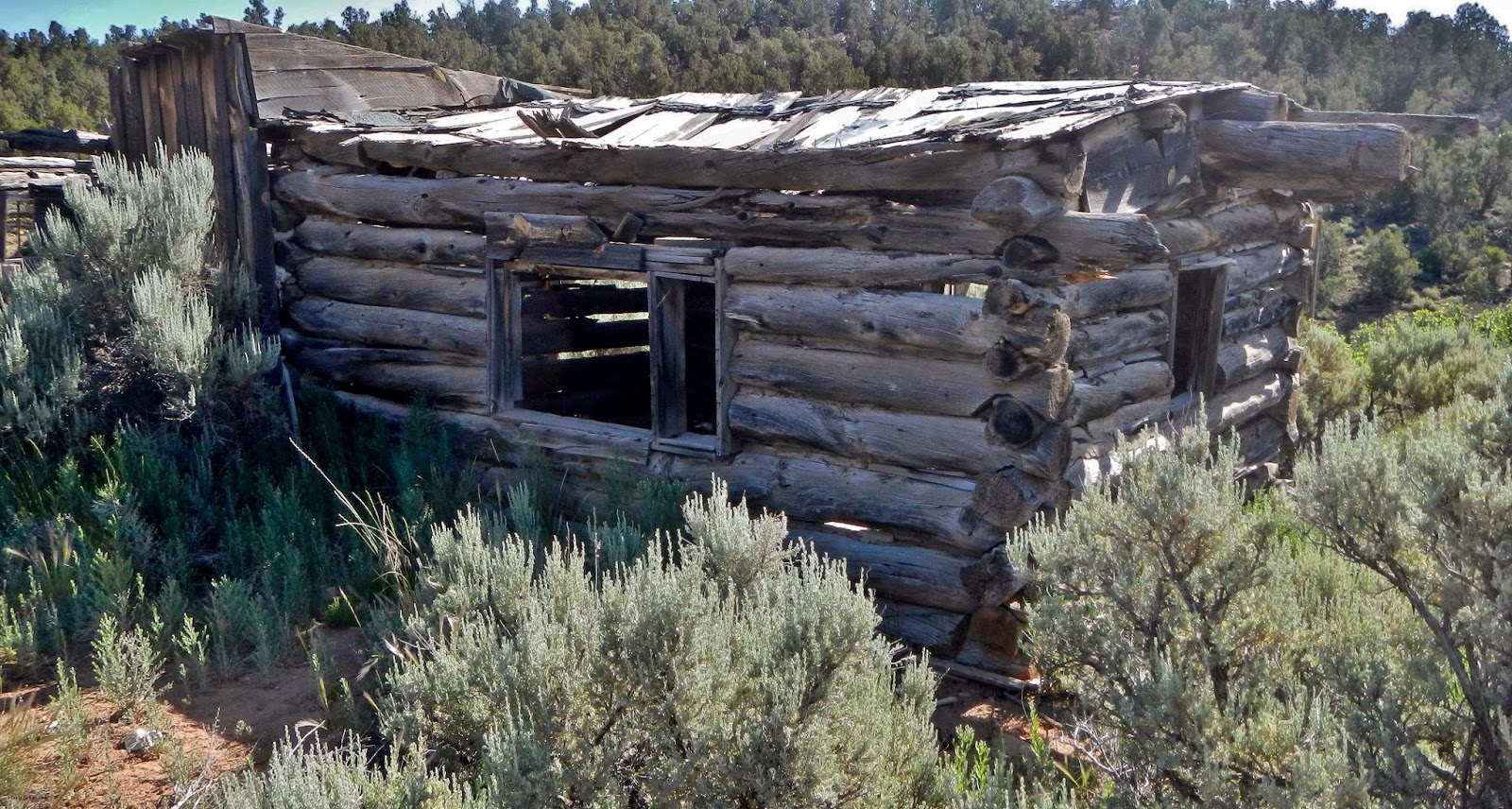 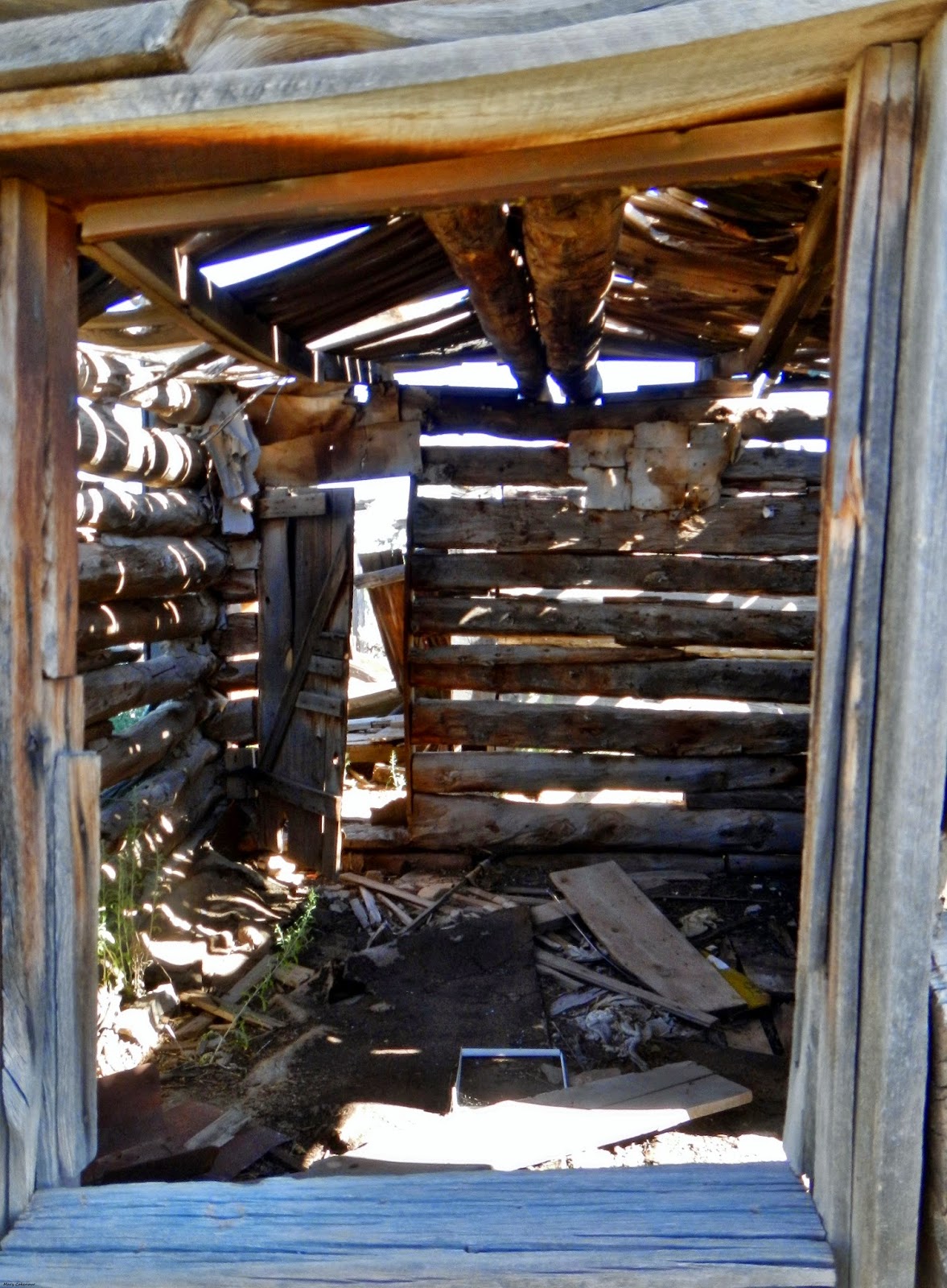 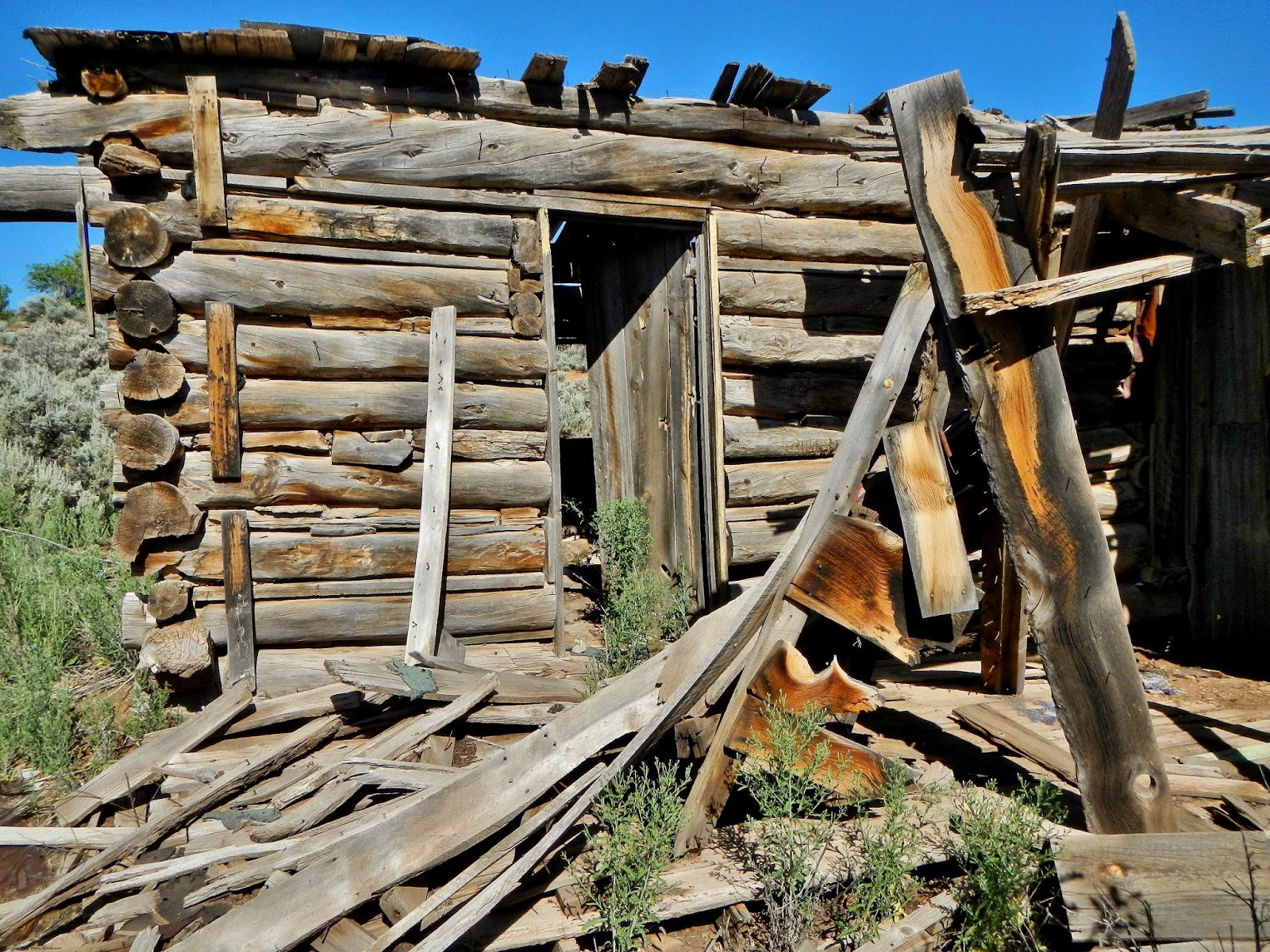 An ATV trail goes up a steep incline nearby, but quickly loops back down to the main section of road; nothing exciting to brag about.  From the amount of spent shotgun casings I could see on the ground, this area is for locals to practice shooting at an old refrigerator, or just blow off some steam.

Back to CR 312 and to mile mark 8.7 for CR 353; only 1.4 miles in length before it dead ends at...farmland (starting to sound like a broken record with these dead ends).  The large building in the background of one panorama is where the loop road for the canyon overlooks begins; and the ATV trail that goes out into Big Water Canyon.

Now to backtrack closer to Eastland itself and check out side roads nearby.  CR 340 - Pearson seemed very promising on actually getting close to or, maybe, into Pearsons Canyon.  At 1.4 miles I came upon CR - 381; I'll get to that later.  5.4 miles along is the first viewpoint of the Canyon; 5.8 miles Pearsons Point can be seen eastward; 7.5 miles there is an area I could walk out and see a grander view of the Canyon.  At 8.7 miles, BAM!, a padlocked gate stopped me in my tracks; to say I was disappointed is an understatement...I was pissed off!!! 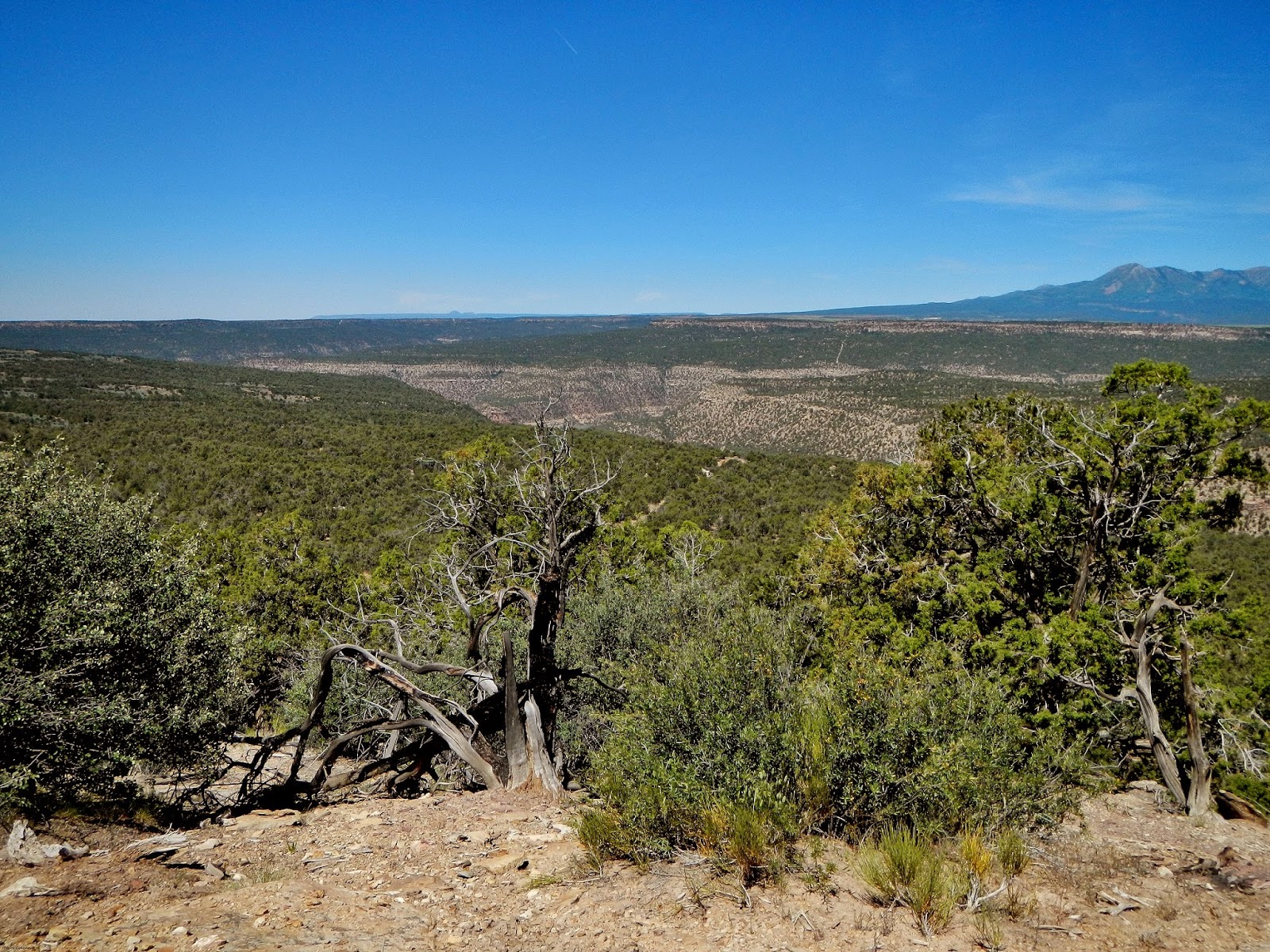 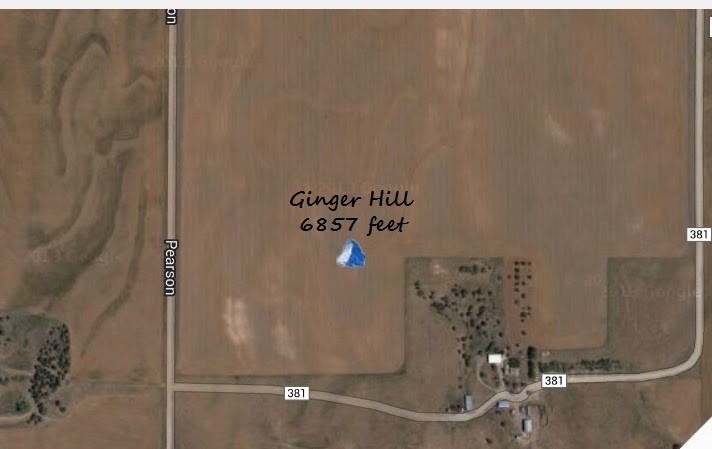 Fine, back to CR 381 and see where it goes to; well not very far, a half mile before it dead ended at...another farm.  Now here's a real kicker; there is a mountain peak called Ginger Hill, but its location is blocked by the dead ends on both CR 340 and CR 381.  The landscape in the area is rolling, so it cannot be easily seen until you get closer to its location.  Ginger Hill is 6,857 feet and ranks as the 1175th highest mountain in Utah.  Ok, so not as majestic as Abajo Peak at 11, 360 feet, but still, it would have been nice to see and photograph.
CR 351 - Eastland is actually three separate streets that make up central Eastland; the LDS Church and Eastland Fire Department are located here besides residential homes. 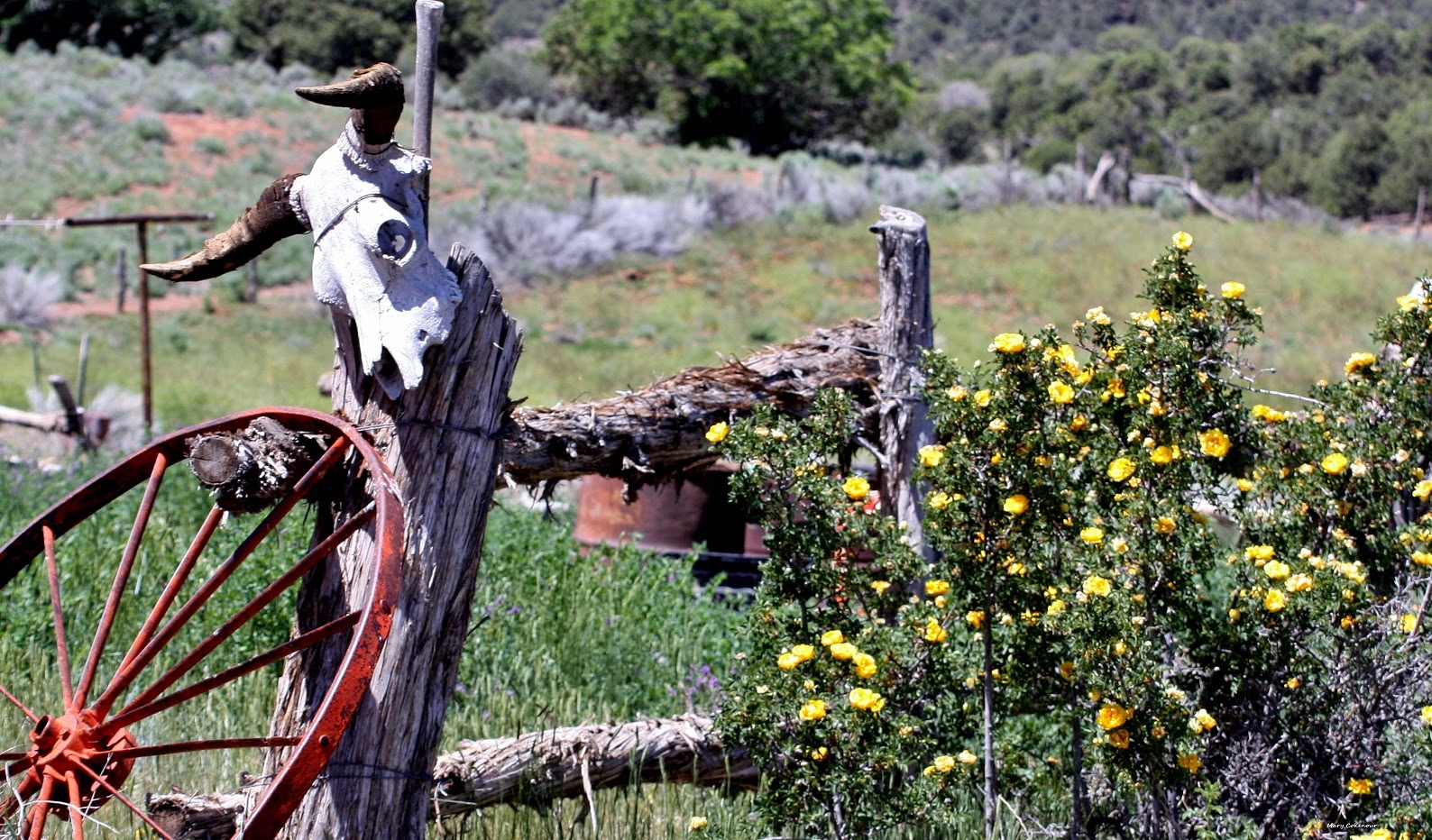 One more road and then stick a fork in me, I am done, done, done with CR - 312 and Eastland!  CR 367 - Shupe dead ends 1.4 miles at a, need I say it again, farm.  I did take a photo of the fence decor as it looked so awesomely southwestern in style, and I love the yellow rose bush.  However, out of curiosity﻿ and a "what the heck" attitude, I decided to take a dirt road which was 9/10ths of a mile along this County road.  It lead directly to CR 338 - Boulder CTF Road which eventually lead to CR 311 - East Boulder Point and up to Route 491 and home.  Lost?  Refer to the map I posted on June 12, 2014.
The next posts I do on San Juan County roads will be more fun as I did make it down to, and out of, some canyons.  No screaming, but lots of expletives and white knuckle driving.  Till then...
Mary Cokenour

Posted by Mary Cokenour at 3:06 PM