Here it is, the write up about the actual landmark site; took three attempts to find it, but exploring is half the fun of being an adventurer.  Roy couldn't be on this part of the adventure with me, so my dog Jenna volunteered to keep an eye on me.

I need to give a bit of background history on the site; it will tie in with the chocolate exhibit at the Natural History Museum in Salt Lake City.  The pottery that cacao was found in came from this landmark site; it proves these ancestral people used it before the Aztec in Mexico.  So, in the summer of 1908, Byron L. Cummings (University of Utah) continued his archaeological work in the Southeastern Utah region by focusing on upper Montezuma Canyon, including a small excavation at Alkali Ridge.  Along on this expedition was Alfred V. Kidder who became a leader in the field of archeology.  However, it wasn't until John Otis Brew of the Peabody Museum of Archaeology and Ethnology; a museum affiliated with Harvard University in Cambridge, Massachusetts, that Alkali Ridge was fully explored.  Three separate expeditions (1931, 32, 33) exposed the massive settlements that existed in this area covering Basketmaker III (c. 500CE - c. 750CE) to Pueblo II period (c. 900 CE – c. 1100 CE).  The site revealed hundreds of pit dwellings, multi-storied structures, a central courtyard, kivas, irrigation for agriculture and high quality ceramics.  After documenting and photographing the site, the ruins were covered over; all that can be seen now are piles of rubble, stones sticking out of the ground which denote the outline of structures, pottery shards and simple tools made from agate for cutting and scraping. 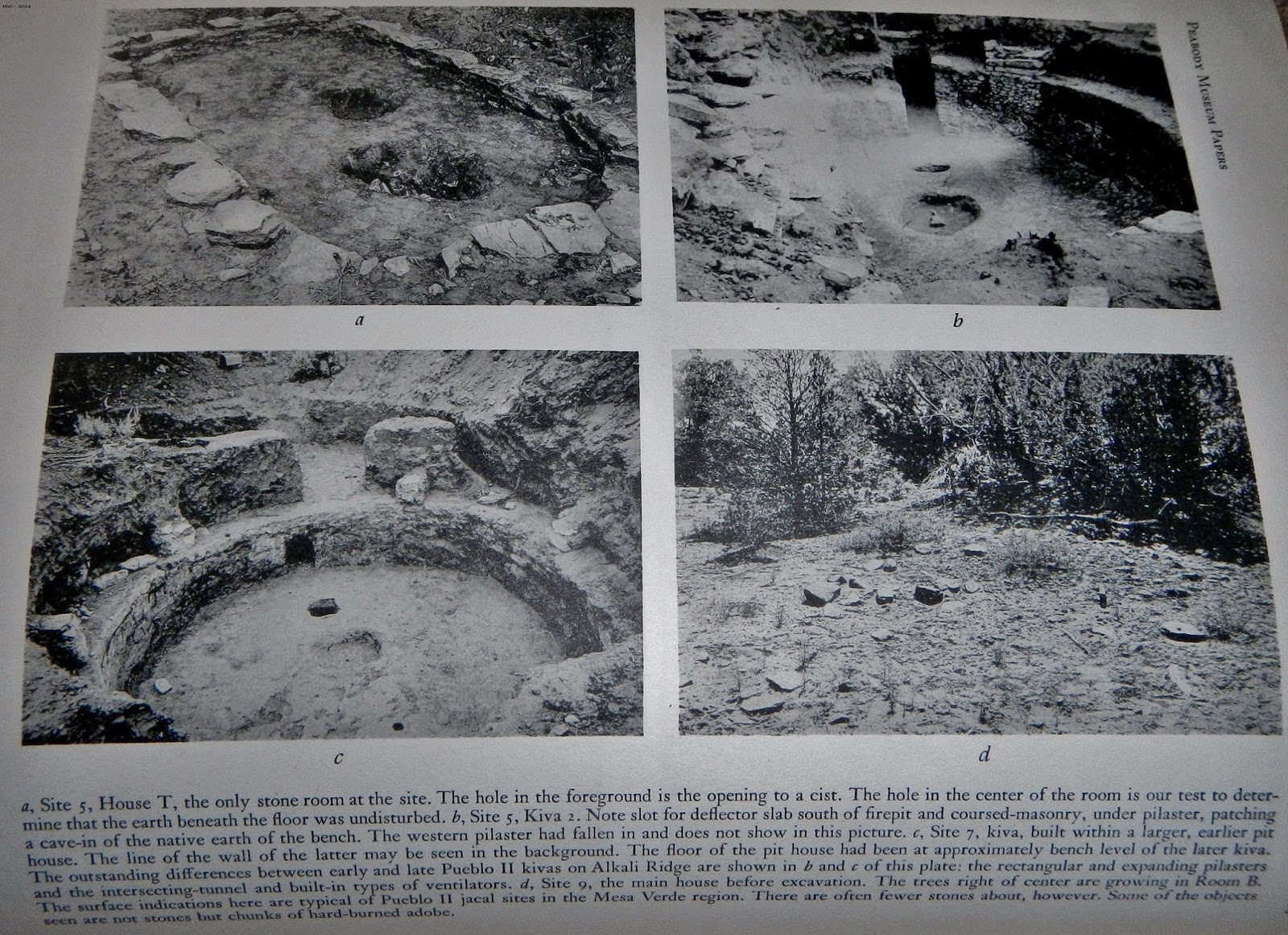 A prized possession, if you can find a copy, is "Archaeology of Alkali Ridge, Southeastern Utah" by John Otis Brew (published 1946) which is basically the only proof of existence of the ruins from the photographs and drawings. 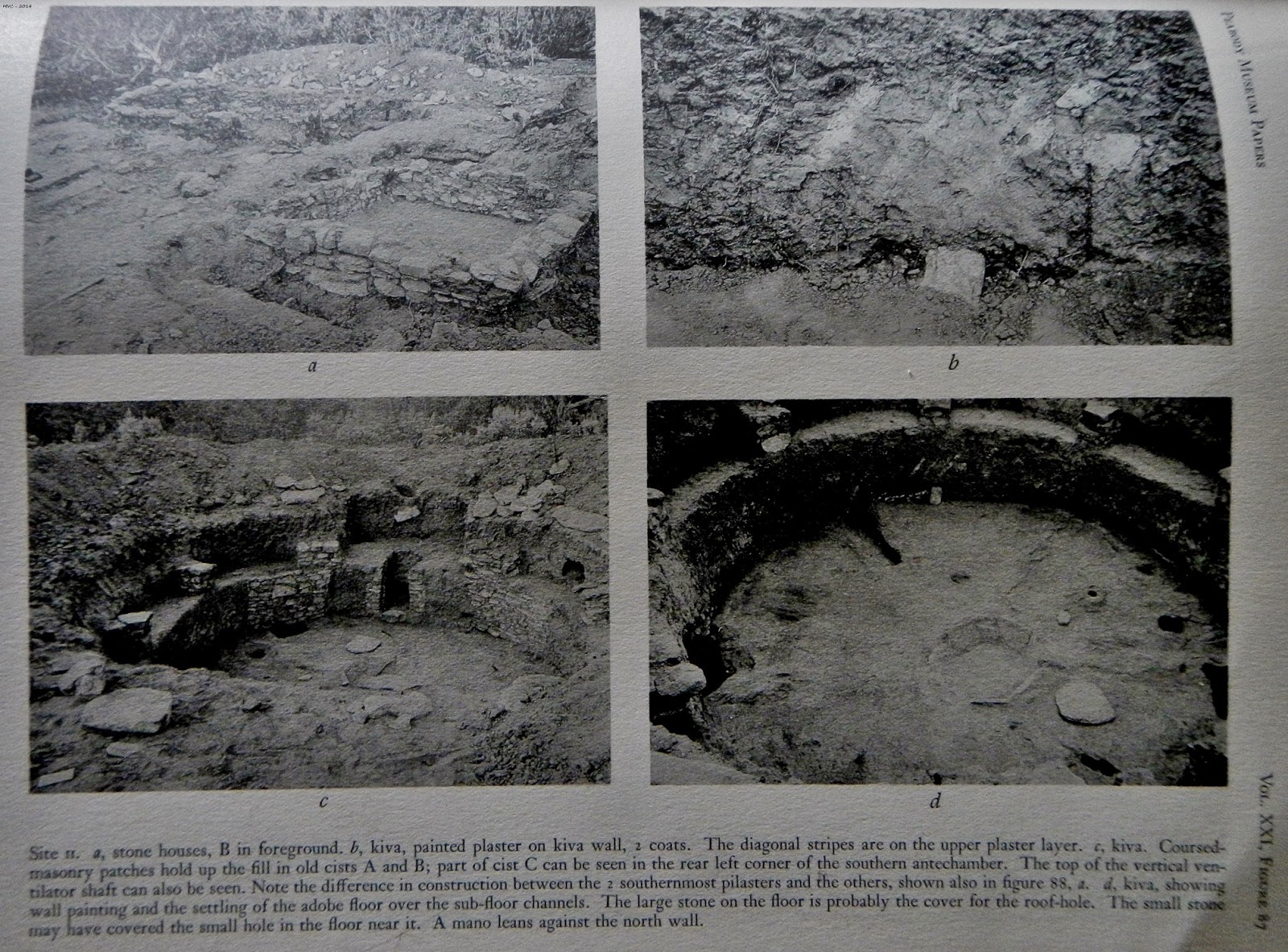 In 1964, Alkali Ridge (covering an area of 70 square miles) was designated a National Landmark; on August 12, 1965, at 3:00 PM, the Bureau of Land Management (BLM), other Federal agencies, local and state officials held a dedication ceremony at the Alkali Ridge National Historical Landmark.  Archaeologists from a number of western universities attended this ceremony; Dr. John 0tis Brew of the Pea-body Museum, Harvard University, who did the original archaeological scientific investigations on Alkali Ridge, was the keynote speaker.  In 2013, an unusual pottery, "Deadman Black on Red", was examined by University of Pennsylvania and Bristol-Meyers Squibb researchers and the cacao was discovered. 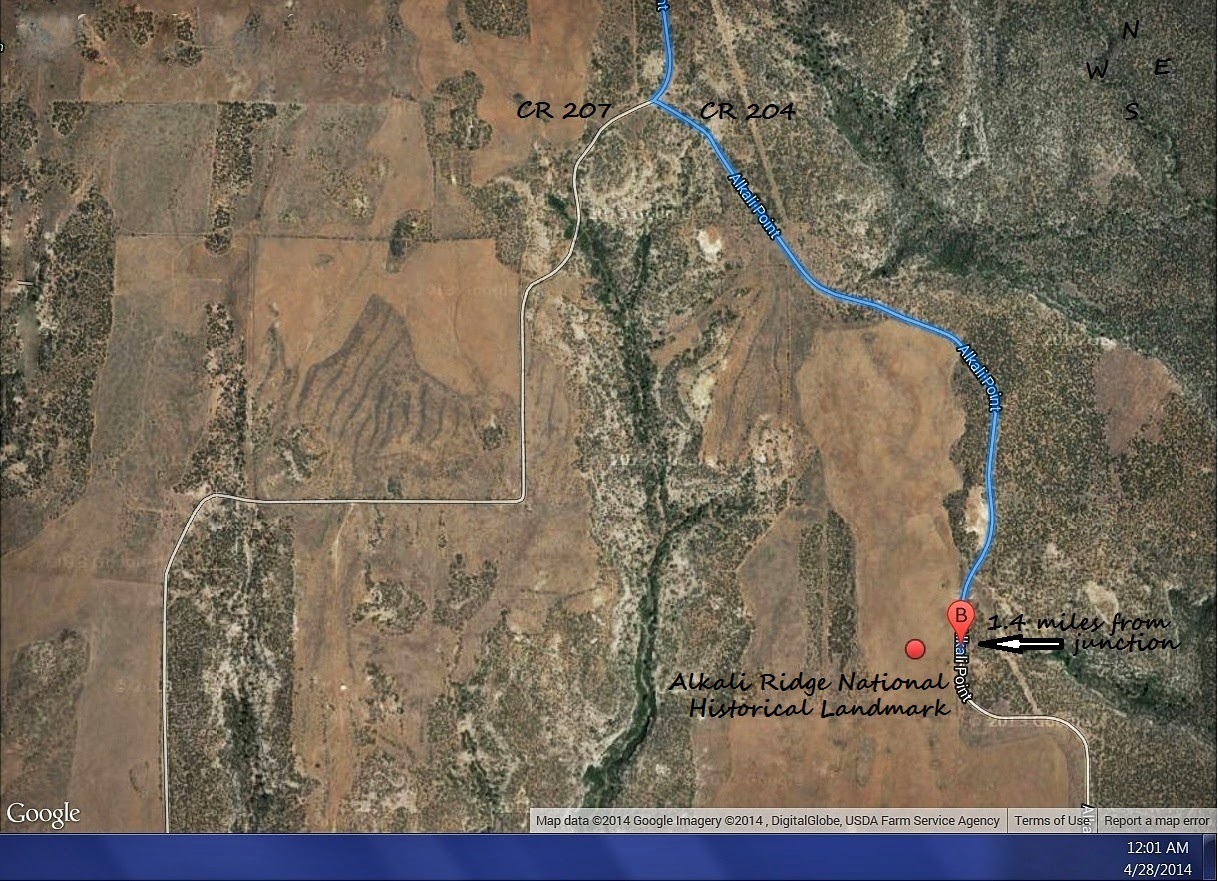 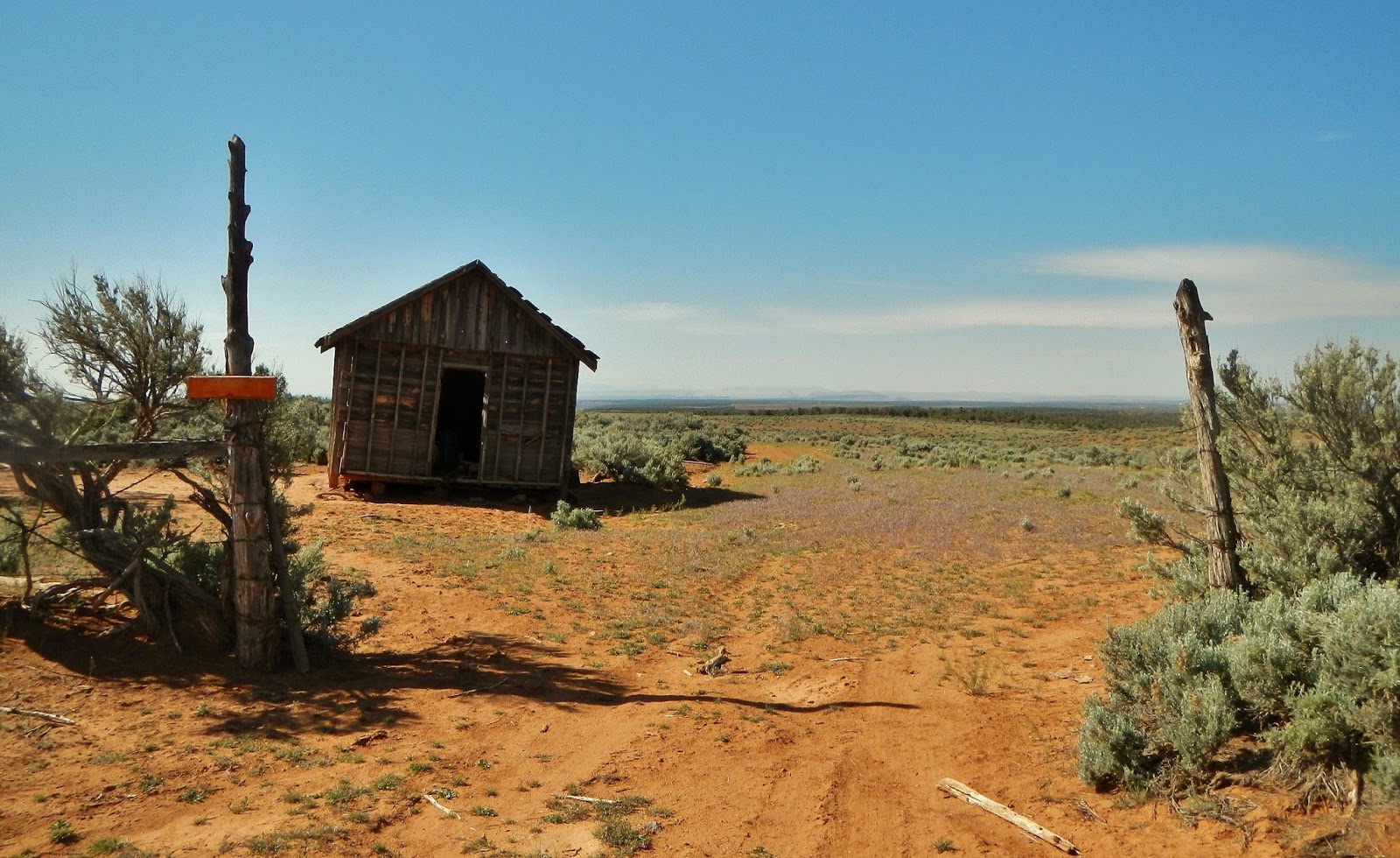 At the opening, you will see wood and wire fencing, but no gate and the small signs on the posts are blank; there is a shack beyond the opening.  Drive in near the shack, park and let your legs do the rest of the work for you.  Jenna and I walked in a half mile westward, found the central point of the dig site; we then did a half mile north and south from the central point; I guess you could call that a square half mile of hiking.  I'm going to let my photos do most of the story telling now... 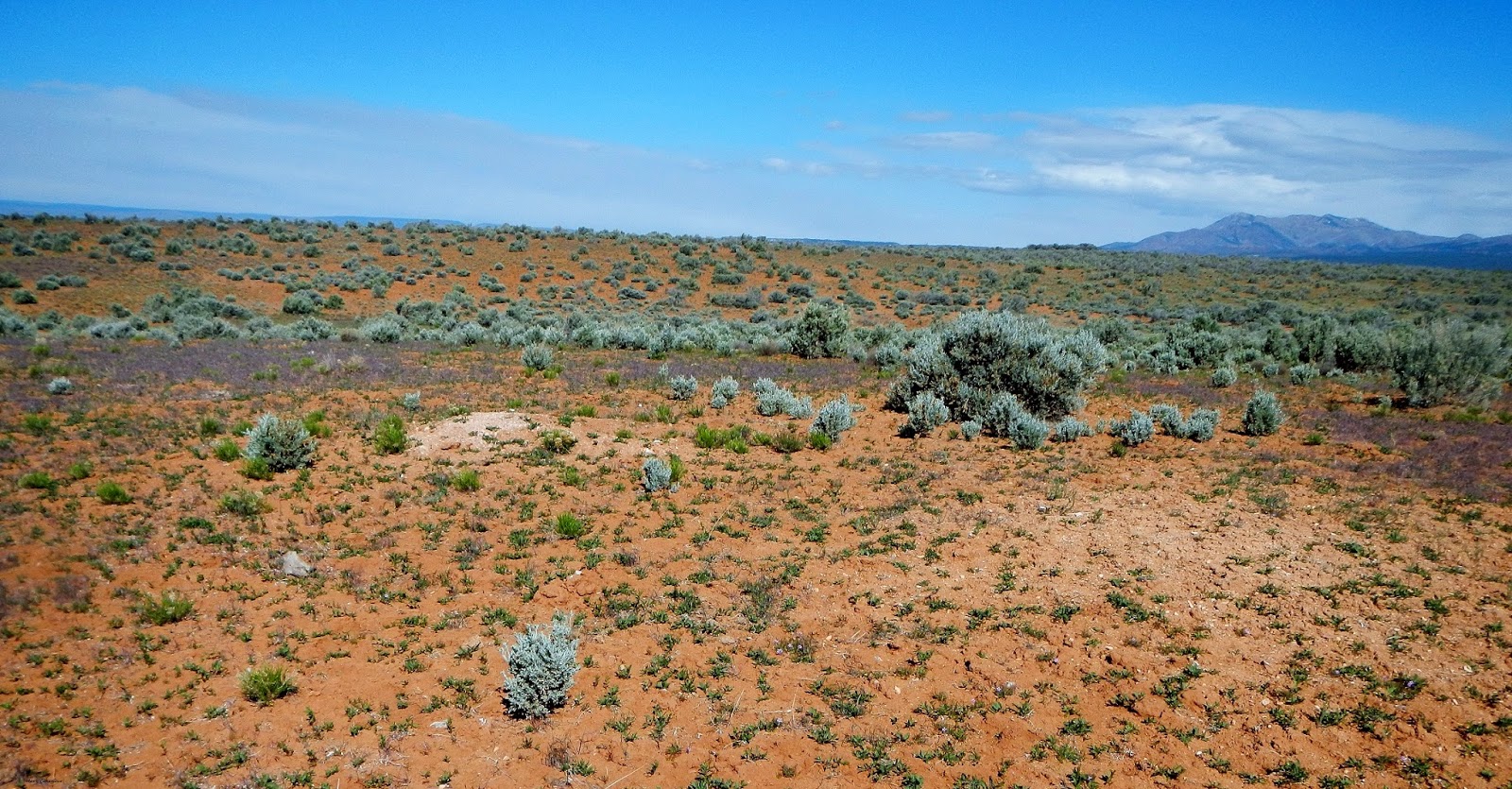 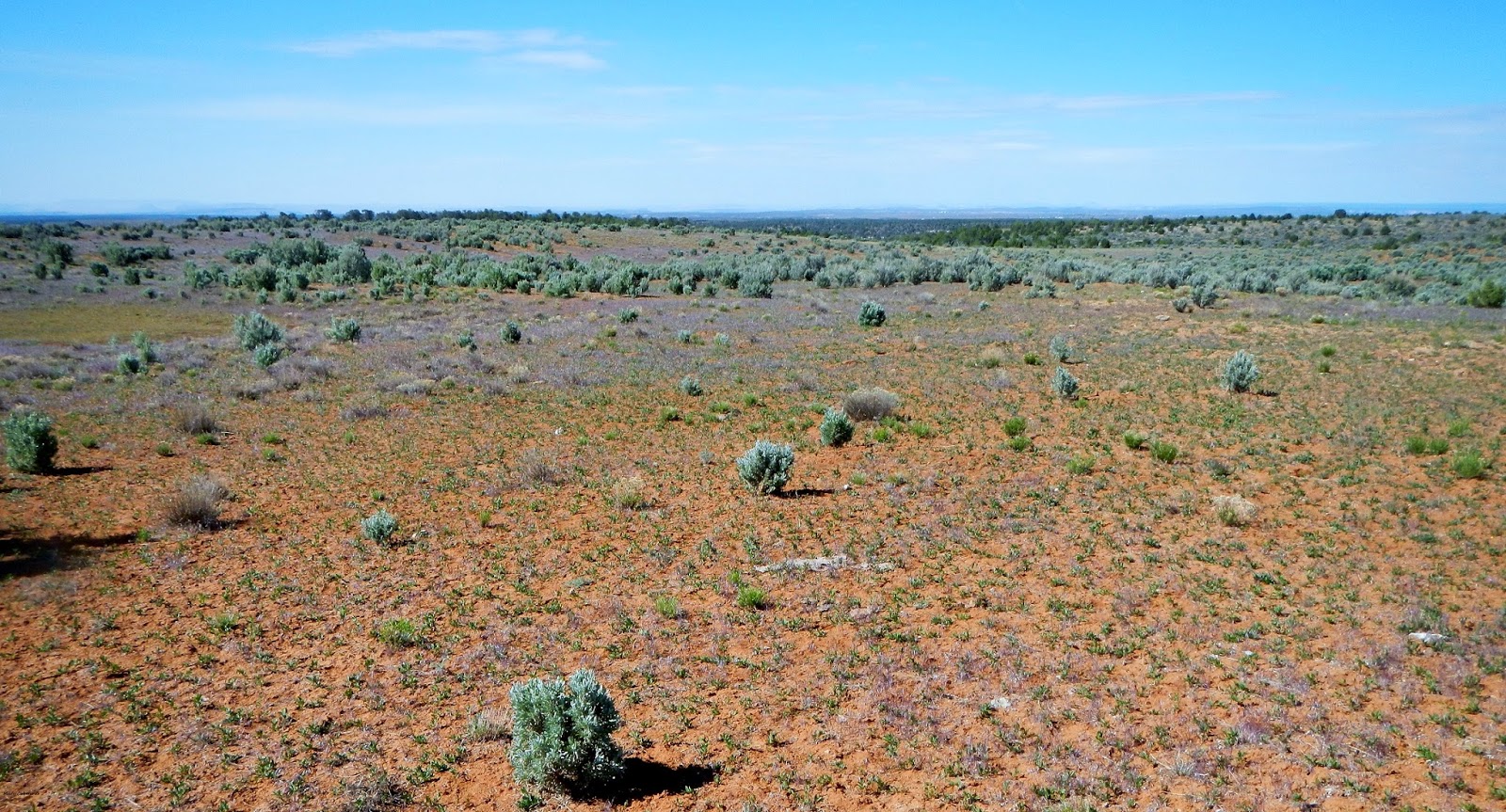 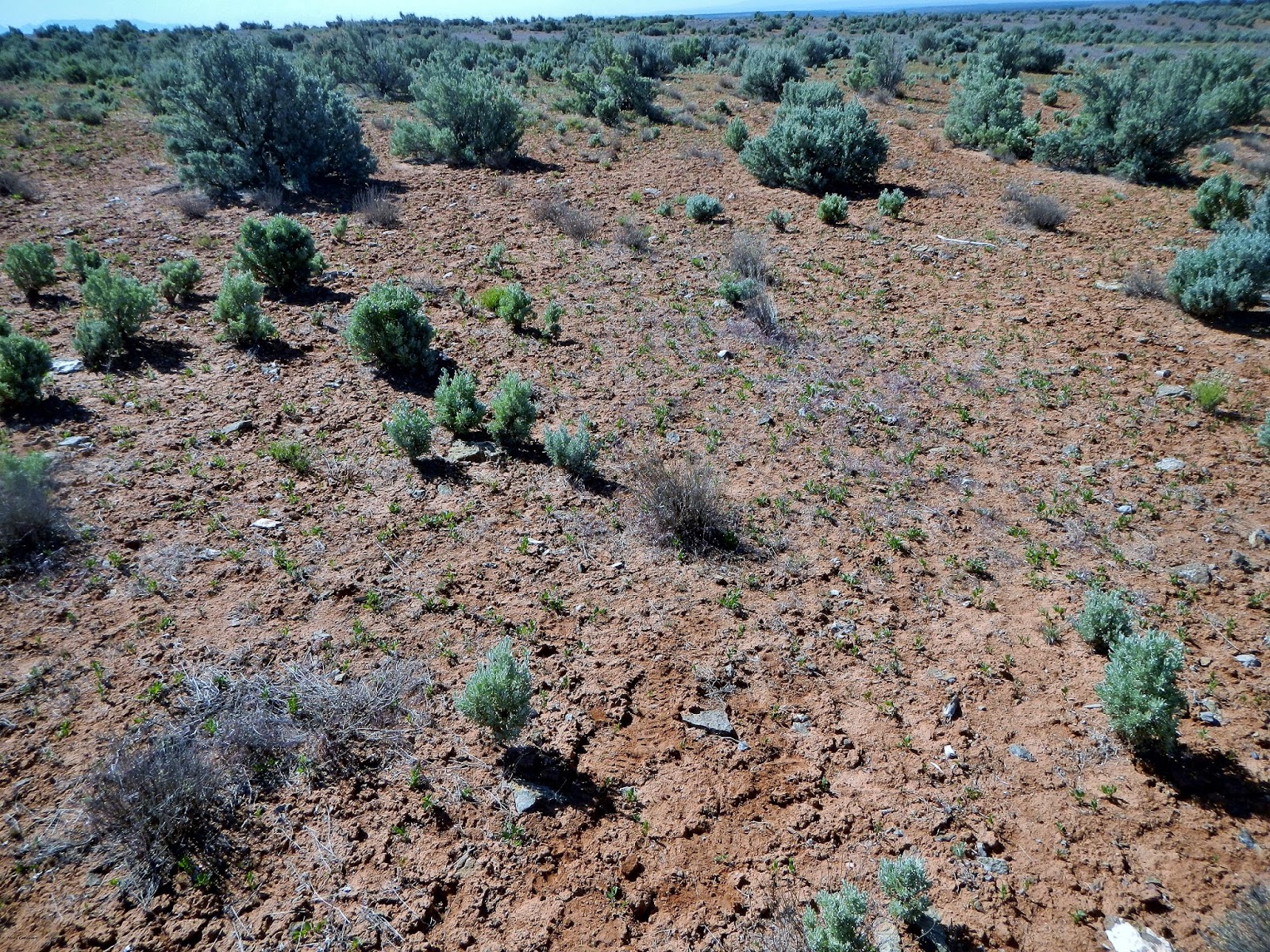 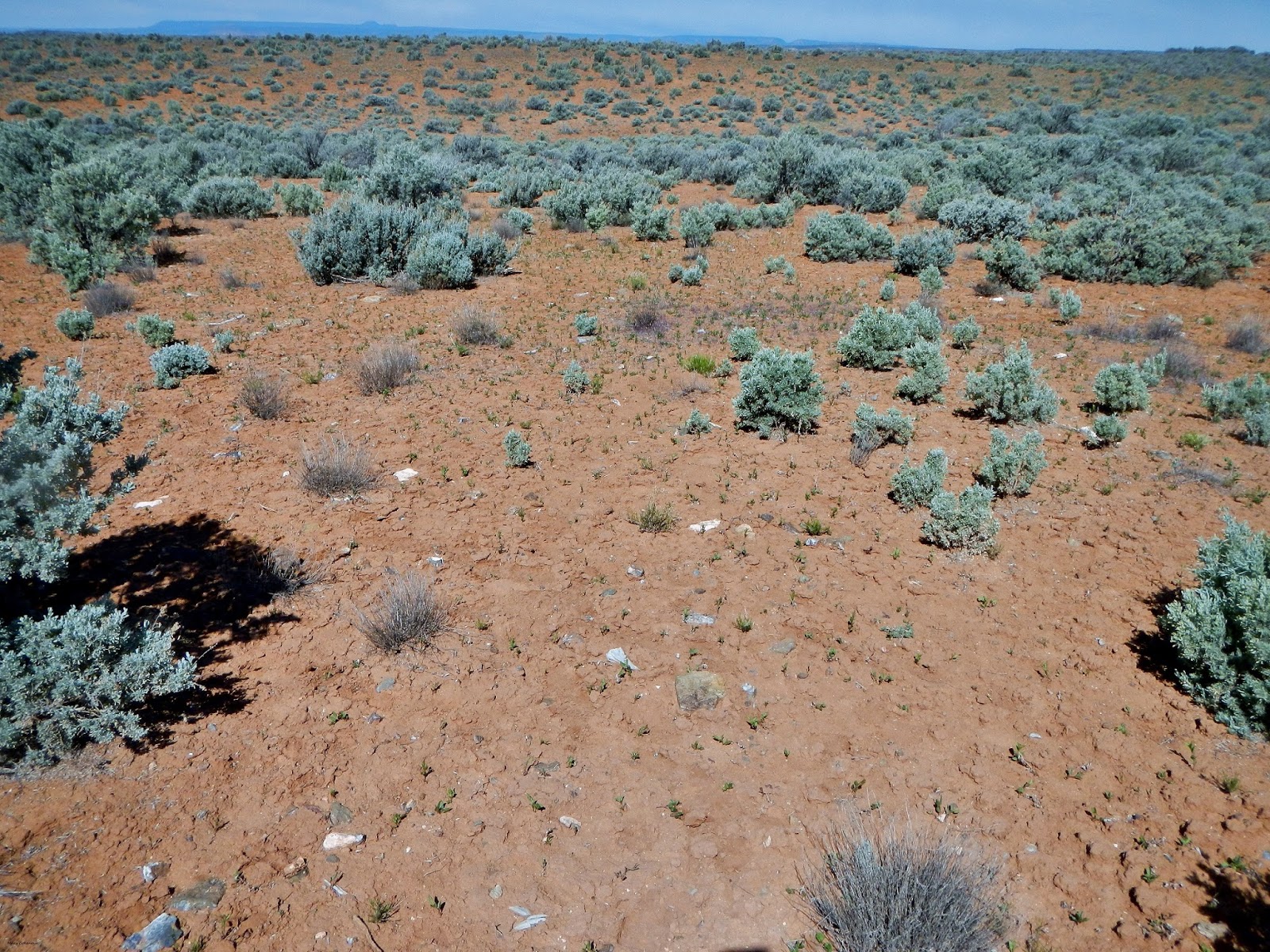 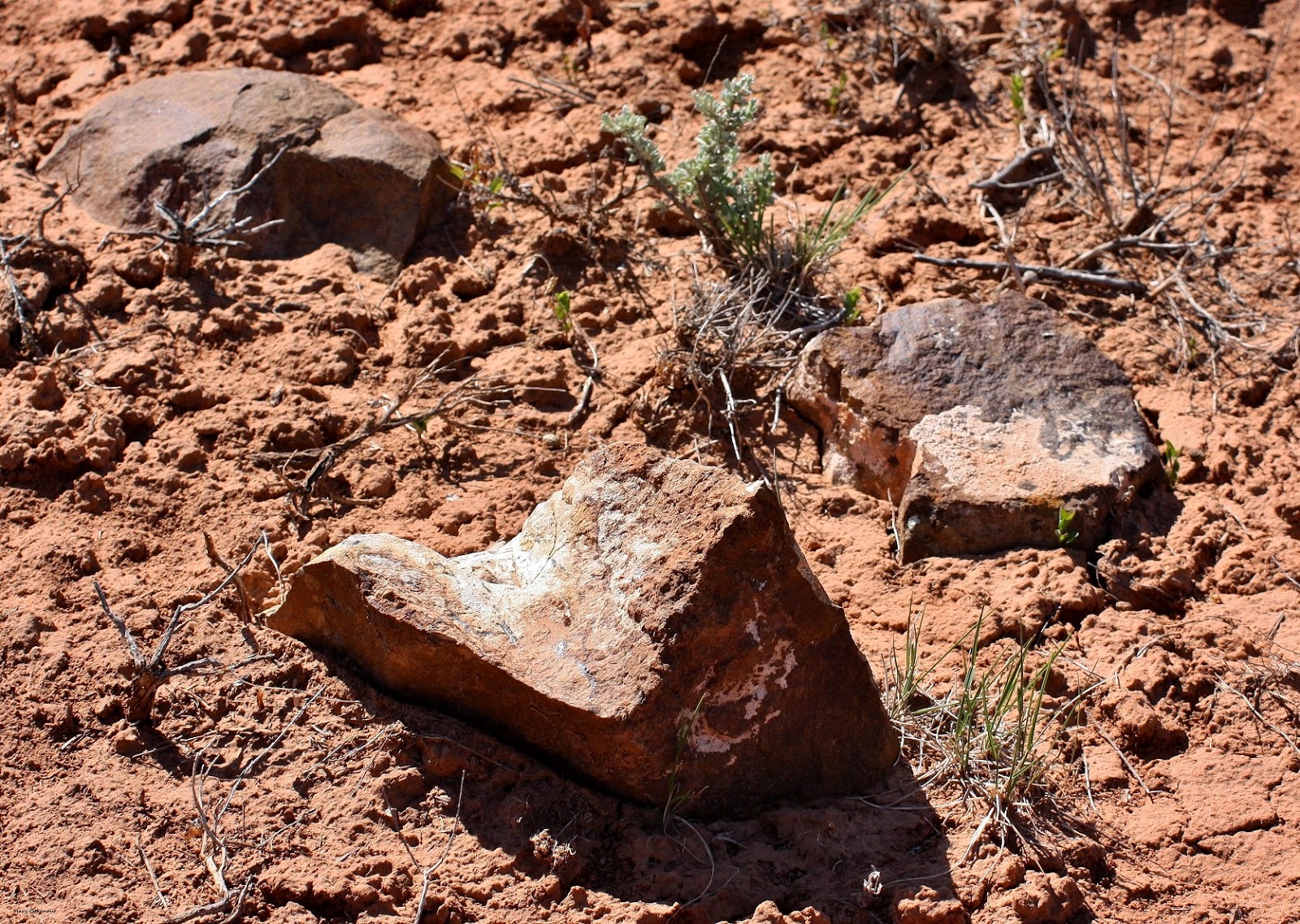 Now for an odd story, walking around the Ridge, a slight breeze blowing, clear sky and being able to see to the edges of the earth, or so it seemed; the Ridge is a serene place to visit.  On our way back to the SUV, Jenna exhibited a sudden odd behavior; she sat down against my legs and refused to let me continue walking forward, but her head was turned to allow her to look behind me at the area we had just left.  This went on for a good 10 minutes; every time I tried to move forward, she would purposely press herself against my legs and not allow me to walk; she kept looking back at the central dig site though.  Suddenly, she got up and walked back to the SUV with me to follow; I looked back, but saw no person or creature; then again, that doesn't mean that no one was there.  I did say it was a serene place to visit and who knows what people still reside there, even if just in spirit.
Mary Cokenour
Posted by Mary Cokenour at 1:29 PM