Once Again in the North Lower Forest. 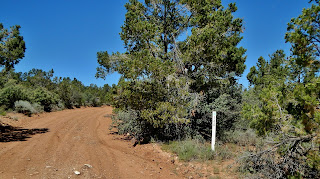 CR 160 - June 2014, my dog Jenna and I explored trails at the northern lower end of the Manti-LaSal forest.  In 2015, for some reason, a portion of that trail was now fenced off and reserved for hunting.  However, 2016, we tried the trail once more and it was open fully again; this time freshly graded and widened.

This has to be one of many relaxing rides we have experienced, so having it open, and improved, was a thrill.  Also, a favorite activity is finding rock groupings, or outcroppings, and exploring these as well; never know if ruins or rock art is tucked inside one of many openings.  Climbing up or down to, and throughout, is great exercise too; we also have developed the good habit of checking for scat and tracks.  Coming face to face with a bobcat, mountain lion or bear is not on the to-do list; taking photos from a distance is, and using a zoom lens to achieve it.

This time, Roy was along with us, and good thing too.  As we went the first half mile on CR 160, from Spring Creek Road, we saw a large pickup truck (New Mexico plates) pulled slightly off the trail.  A man came onto the trail waving his arms at us, so we stopped to see if he needed help; a second man sat in the pickup.  The first man said to us, "Did you see it!?!" in quite an excited tone.  "See what", Roy asked.  "The huge dog running through the trees, I think it was a wolf!"  He tried to persuade us to park and follow him into the trees to find this large dog, but we didn't take the bait.

See, we're smart enough to know that, besides the four legged predators that live in, and roam, the forest; the deadliest predator walks on two legs...Man.  The last known wolf to be killed in San Juan County was a large male (his hide measured eight feet long), sixteen years old, nicknamed "Big Foot"; killed by Roy Musselman in March 1920. ("The Improvement Era Volume 24" – September 13, 2013 by Church of Jesus Christ of Saints,  Story of "Big Foot" by Albert R. Lyman)  U.S. Fish and Wildlife Service reported that the last known wolf within the state of Utah was killed in the 1930s.  (Personal Opinion: The senseless slaughter of wolves is BULLSHIT!!!)  Now, since wolves have been seen once again in Colorado, could one or more have made their way to San Juan County, Utah?  Maybe, or maybe these guys saw a large coyote, they can grow as large as wolves; or maybe they were simply up to no good.  We said good luck in finding the dog, and kept driving. 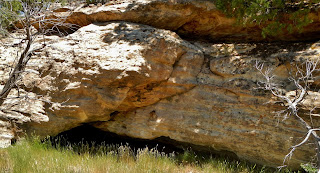 Anyway, we soon found an interesting grouping of rock ledges with small alcoves and did some searching there. 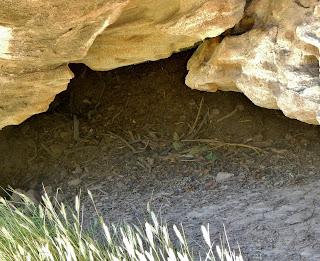 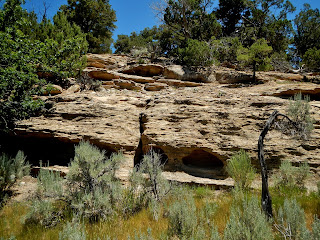 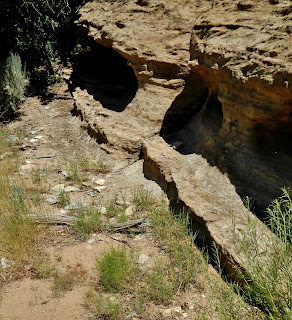 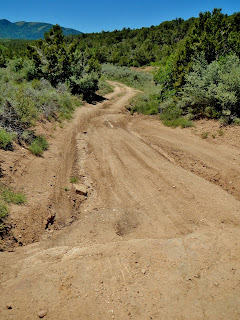 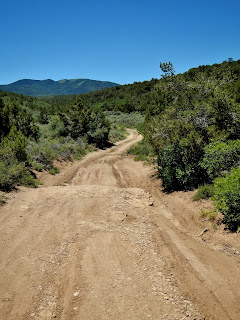 We did try out CR 119 again, but only 2/10ths of a mile down, the trail turned into a rutted mess just perfect for ATVs. Doesn't mean we won't check it out from time to time to see if it gets graded, and more passable. 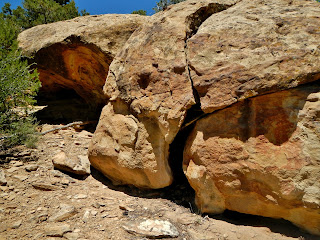 A favorite place to stop is just past a dry wash; there's a rocky outcropping that we enjoy climbing up to; Jenna especially loves running around there. 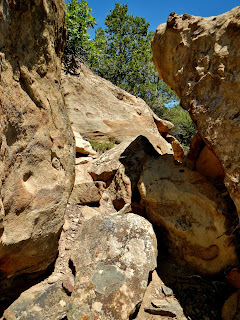 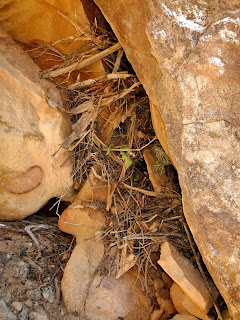 Back onto Highway 191, we weren't ready to head home yet, so decided to try and find Gordon Reservoir. Gordon Reservoir, off CR 120, is located 3.8 miles from Monticello, North on Highway 191.  The first time I'd traveled CR 120, I found the remains of a building; what I didn't know was that the dirt road on the side of the building led to the reservoir.  Most of the abandoned building has been removed, basically only the foundation remains; but we took the side dirt road on a lark, and found treasure at the end. 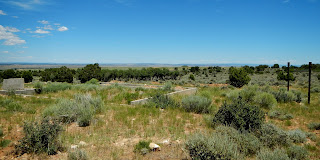 Oh, before I continue, I guess I should introduce you to the CR 120 Road Committee and its future membership. 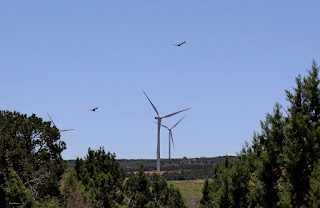 Taking in the view from CR 120, we found ourselves being circled by Turkey Vultures; we disappointed them by NOT making ourselves available for the lunch menu.  I remember once a visitor to town asking me, "Why are all those birds circling around in the field outside of town?"  After getting a basic description from her, I surmised they were turkey vultures, to which I answered, "Oh, that's part of the Search and Rescue Team; they find the body, and the circling informs the team where to find it; it also means the vultures have found lunch, and the recovery team better get there pronto!"  I have no idea why she looked at me strangely, but said thank you anyway and left quickly.  Geez, doesn't anyone have a sense of humor anymore? 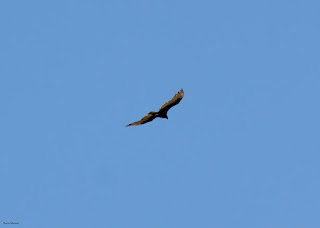 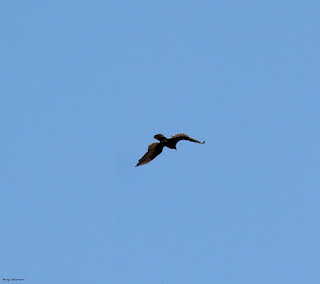 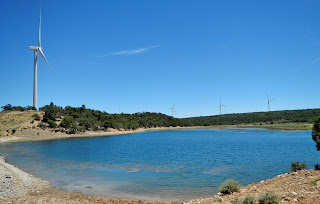 Anyway, the trail we took to Gordon Reservoir was not in the best condition; long, deep ruts often forced us to drive on the opposite side of the road.  Once we traveled as far as we could, it was a short walk to the reservoir itself....lovely, quiet, cattle grazing at one grassy end; the blades of the windmills slowly turning...it was a picturesque scene. 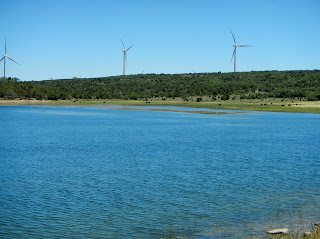 Gordon Reservoir is named after Warner Eugene, aka Latigo, Gordon, who was the third foreman of the Carlisle Cattle Company.  However, some writings have his name as William E. Gordon, such as in Life in a Corner: Cultural Episodes in Southeastern Utah, 1880–1950  by Robert S. McPherson, and wonder if the author just gave Latigo the same first and middle name of the local sheriff, William E. Hyde by mistake? 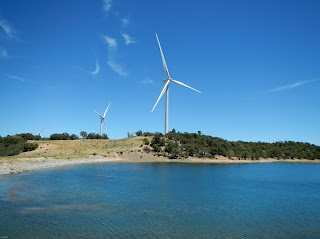 So now I'll leave you with a few nature photos. 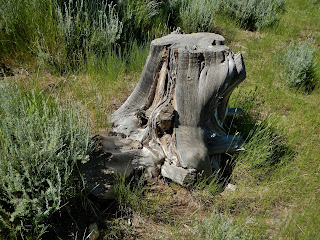 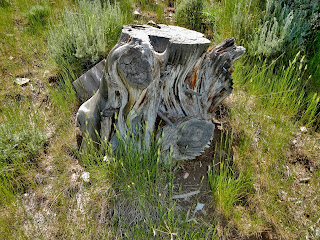 No matter how much time you have, no matter the weather, go out and enjoy...period, just enjoy.