The White Rim Trail; only up to Musselman Arch. 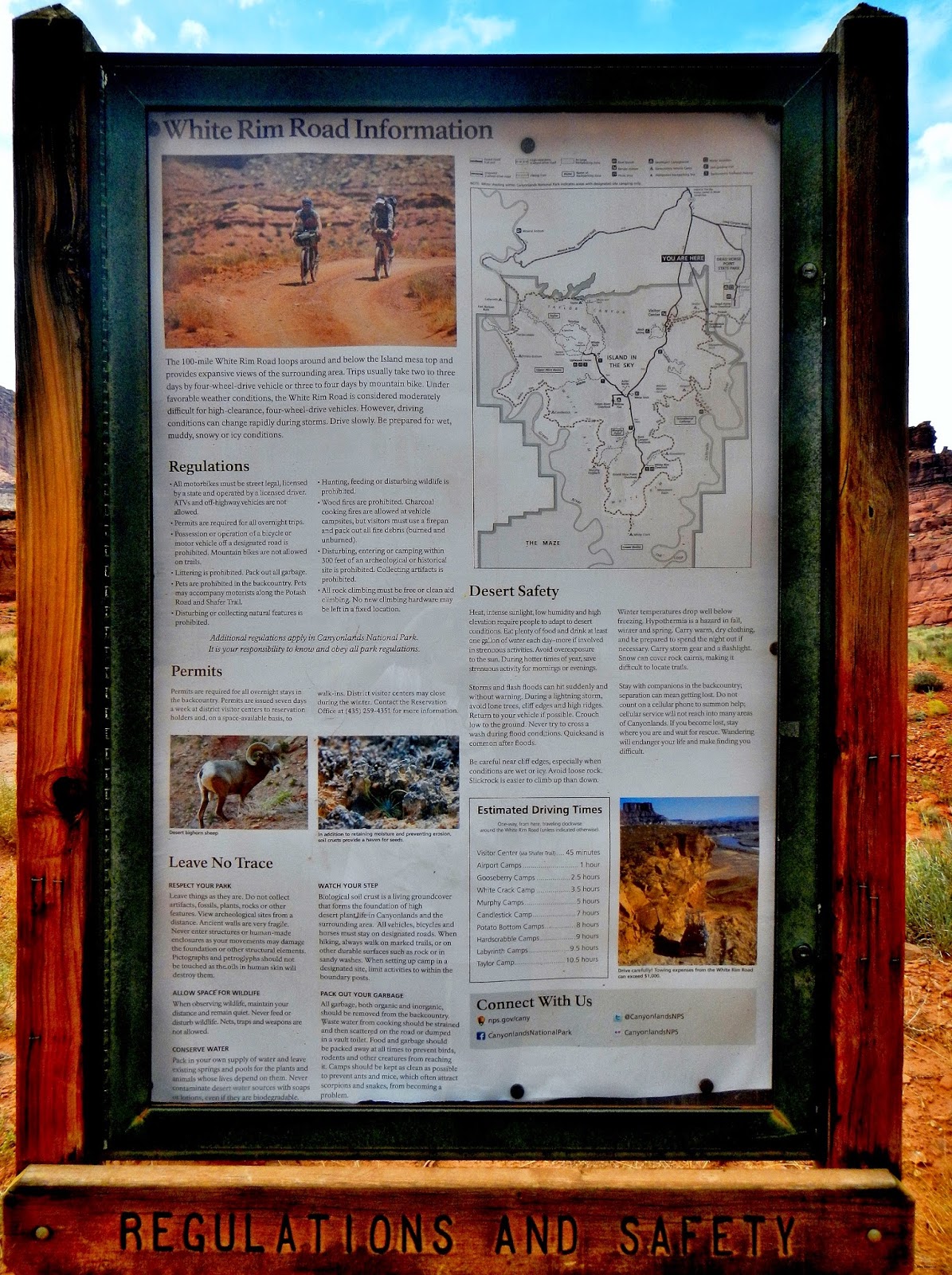 Here is the third installment of the Shafer Trail adventure; the White Rim Trail. Unfortunately, because of the incoming storm, we were only able to get a few miles past Musselman Arch before the lightning began its show, and rain drops began to lightly fall. Getting caught in a flash flood, or being stuck on the trail due to a wash out was definitely NOT on our to-do list, so we hightailed it back to the junction. During the monsoon season, (mid July to late September), part of the White Rim Trail had been closed down due to severe damage caused by flash flooding; we drove along that section, that had been reopened, and a good chuck of missing edge had narrowed the road.

If you want to do the White Rim Trail, don't even think of trying to take a 2 wheel drive vehicle (passenger car); 4 wheel drive, dirt bikes, hiking or mountain biking is it.  The Trail is approximately 100 miles and will take 2-3 days via 4 wheel drive to complete; click HERE for the National Park Service site and information.  In other words, this is not a quick stroll in the park, so plan accordingly.  We were hoping to reach Washer Woman Arch/Monster Tower before turning back, but the storm decided to change plans for us.  It's all good, only gives us incentive to go back and try it again. 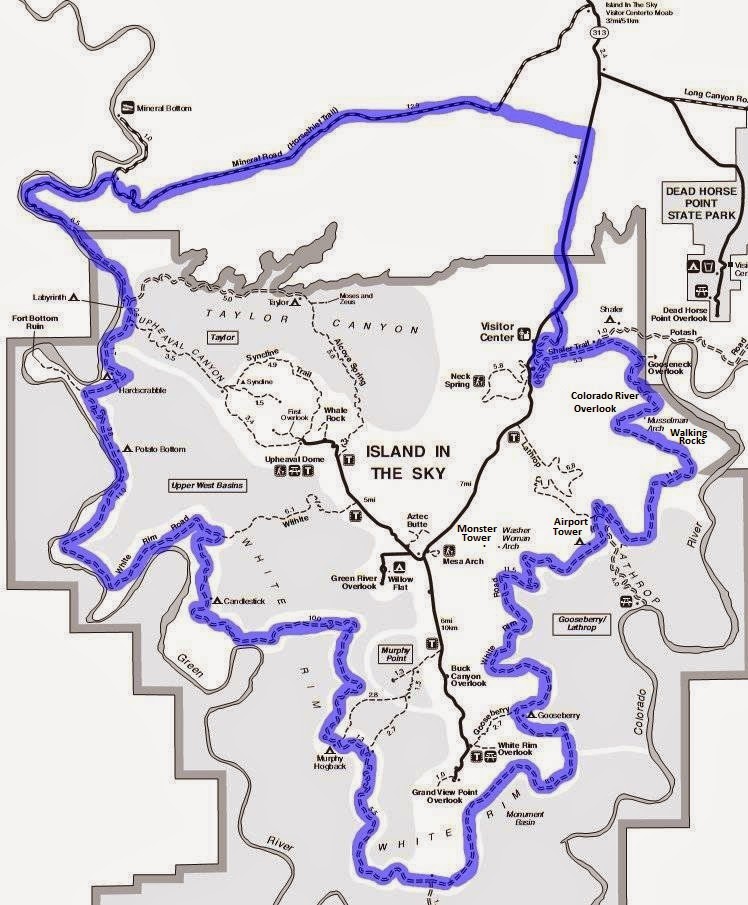 Lecture over, lets have an adventure! 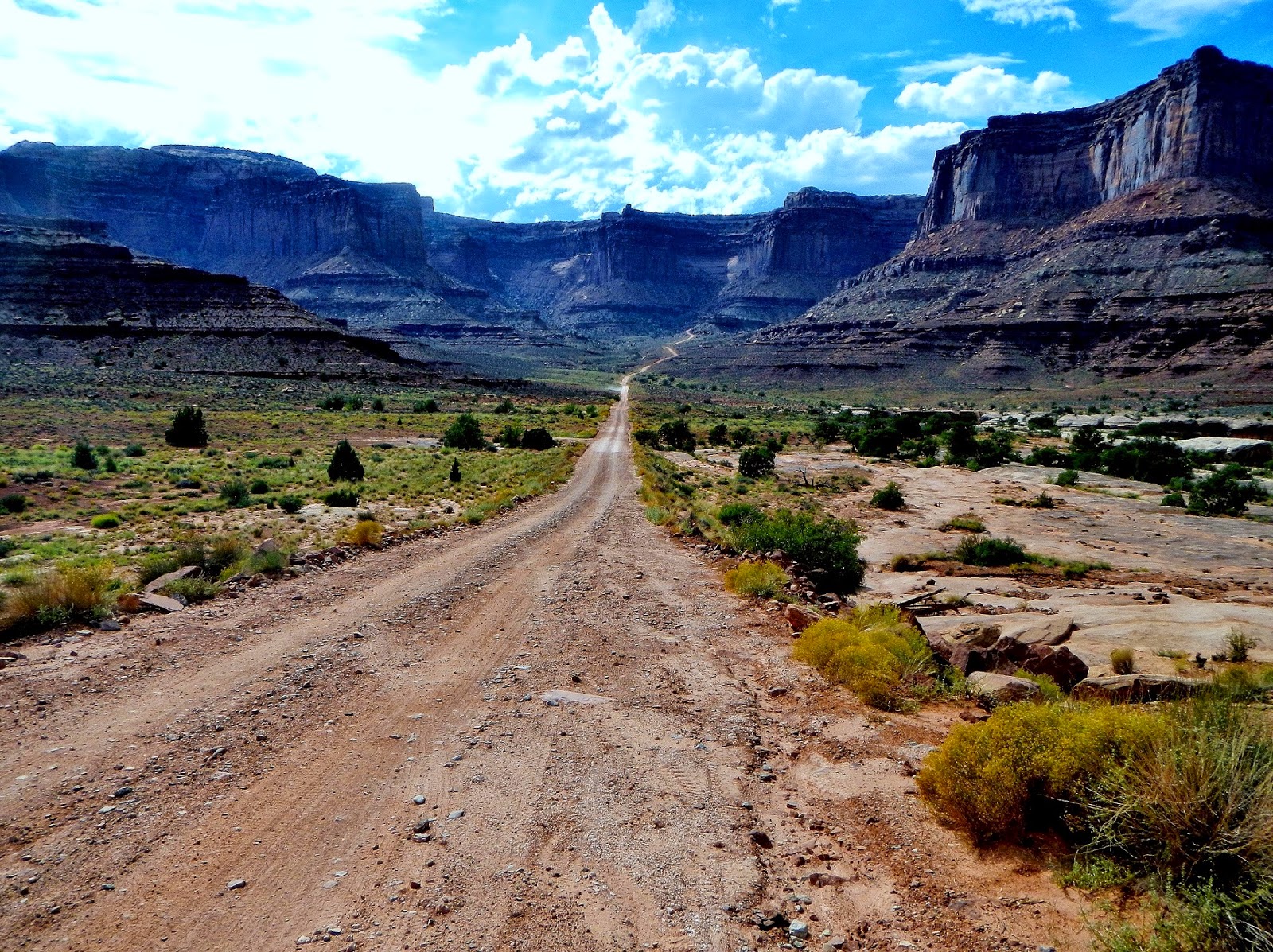 After a few miles along the trail, we turned around to see where we had come from; yeah, it was a WOW! moment.  Like the Shafer Trail, there are many interesting formations which may or may not have specific names; we called one "The Dragon" for that is exactly what it looked like to us.  Even though it was in the far distance, we could see Airport Tower. 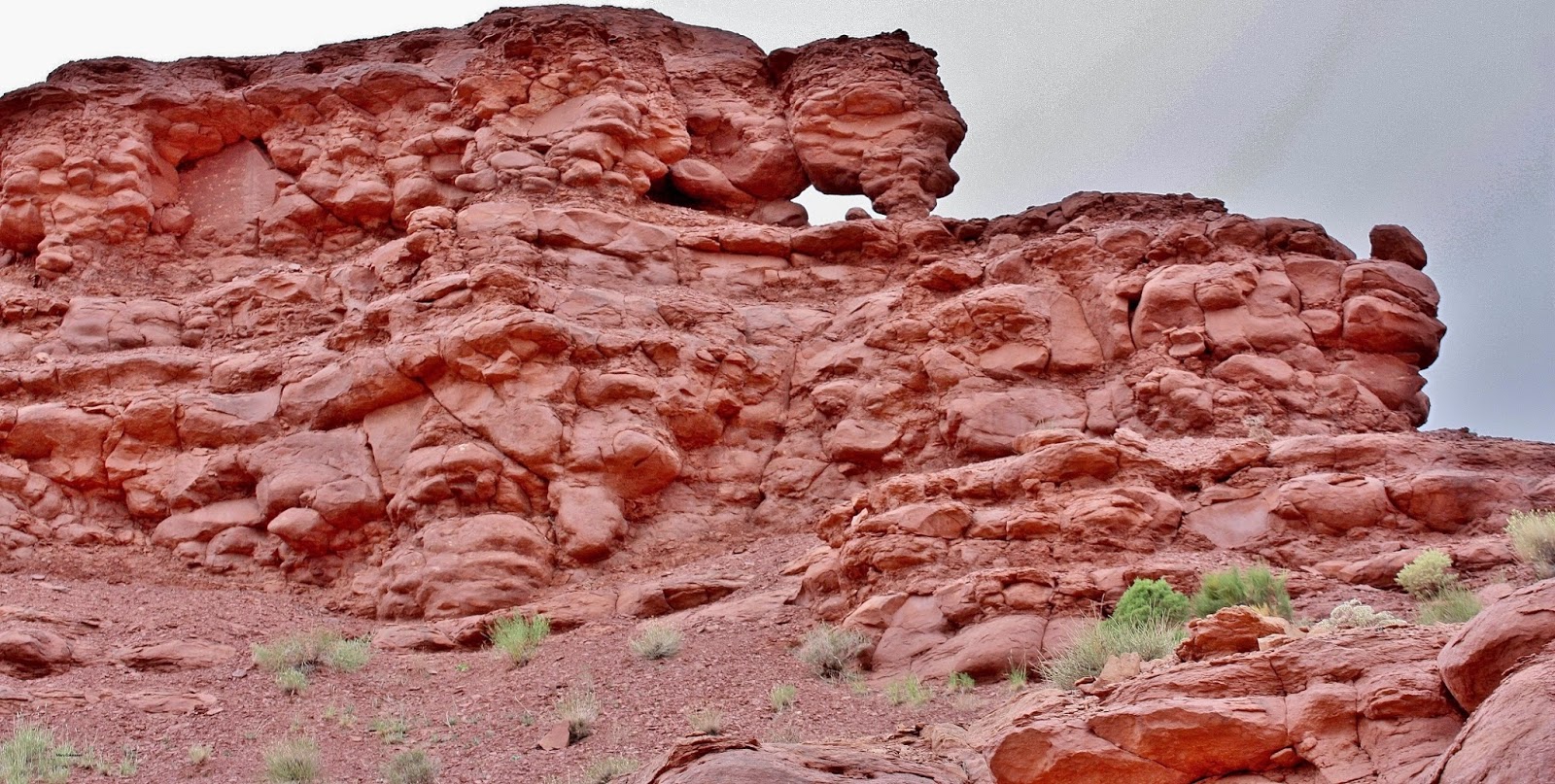 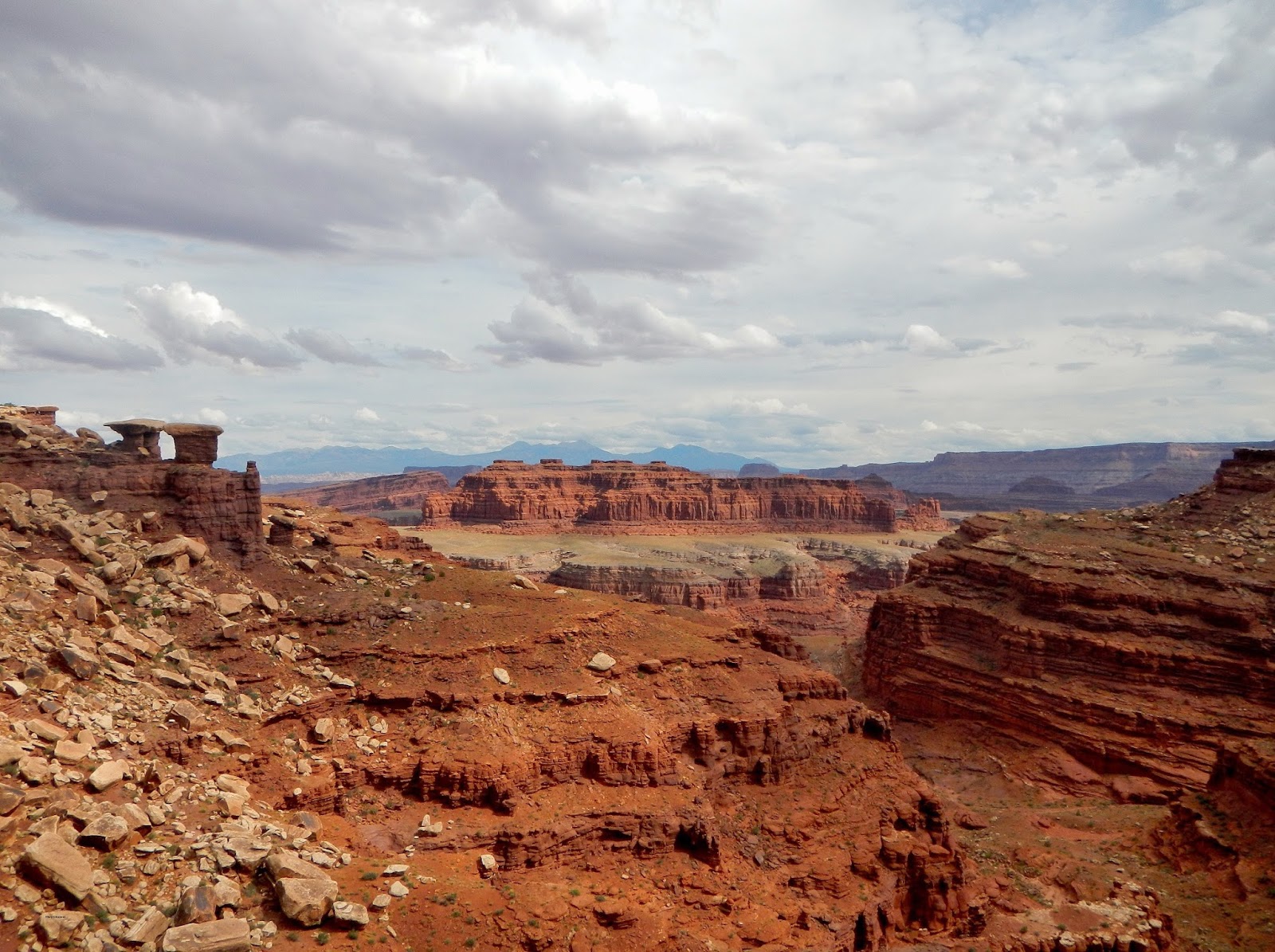 I'm not sure why, but we bypassed the trail to the Gooseneck Overlook; something ahead caught our attention, but cannot remember what exactly.  Anyway,  as we kept driving, the scenery became more and more outstanding; it is the stuff of dreams! 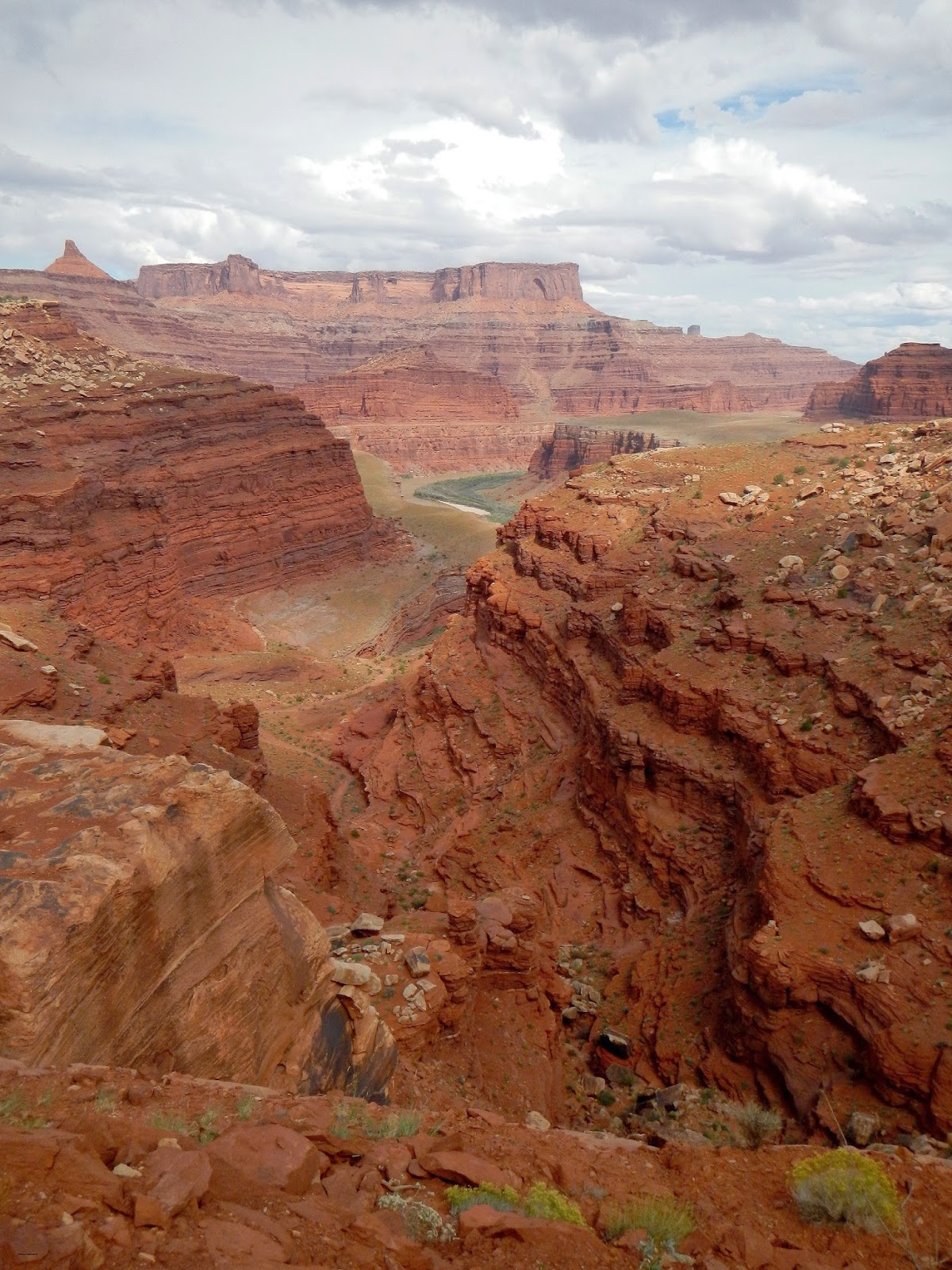 The Colorado River Overlook was our first walking trail stop; it is not a far walk, less than a quarter of a mile, and the view...oh my, the view! 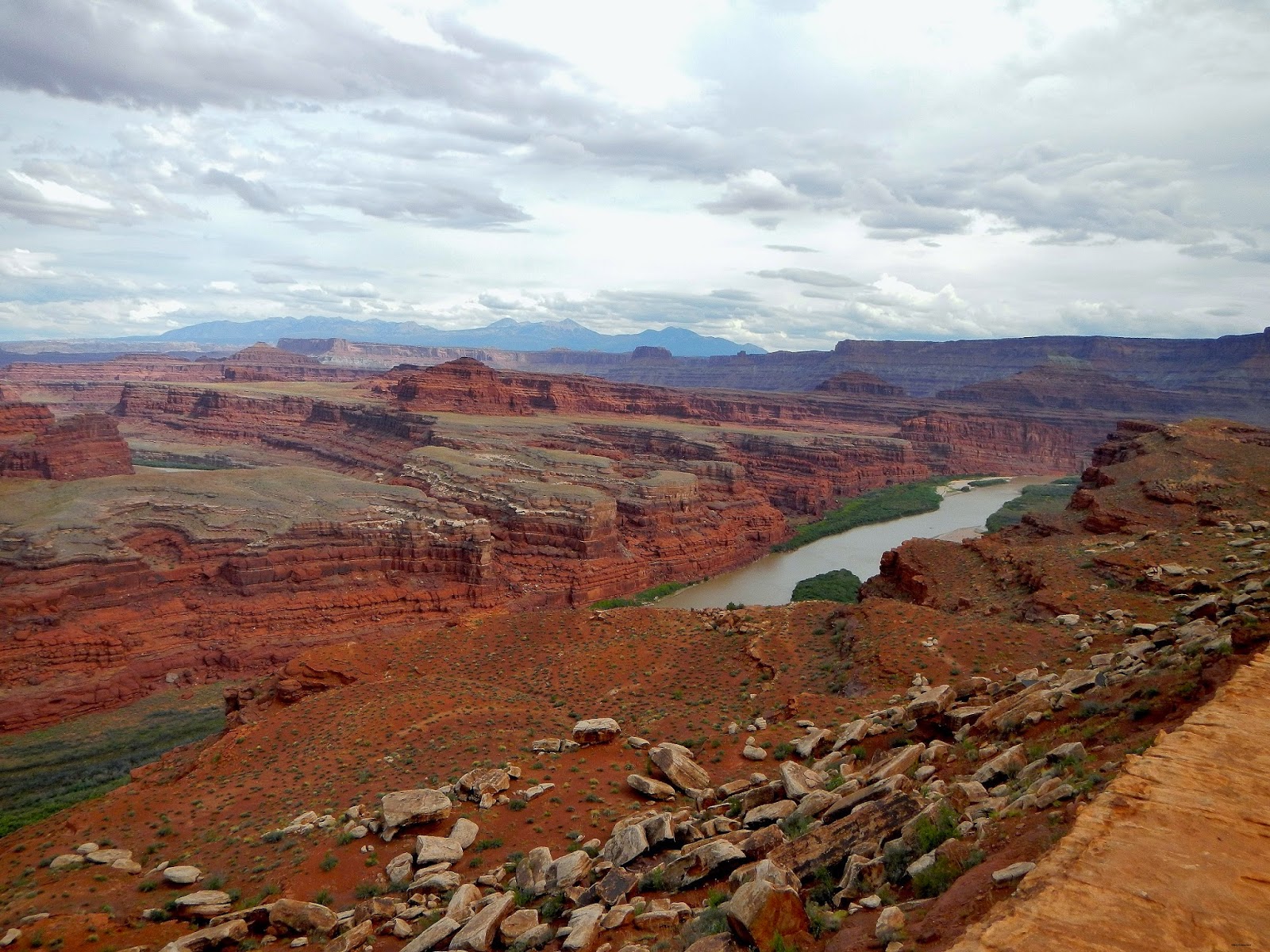 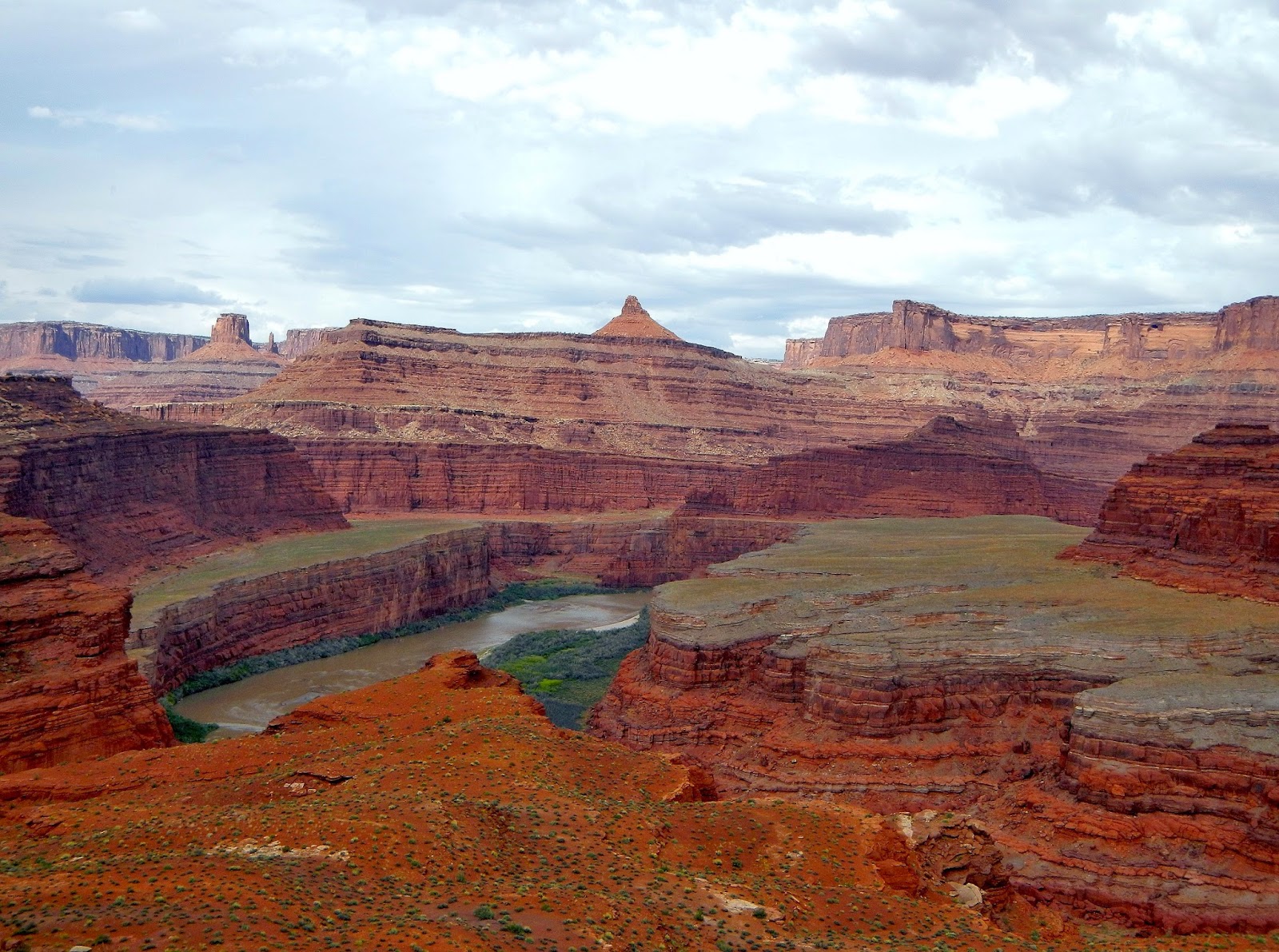 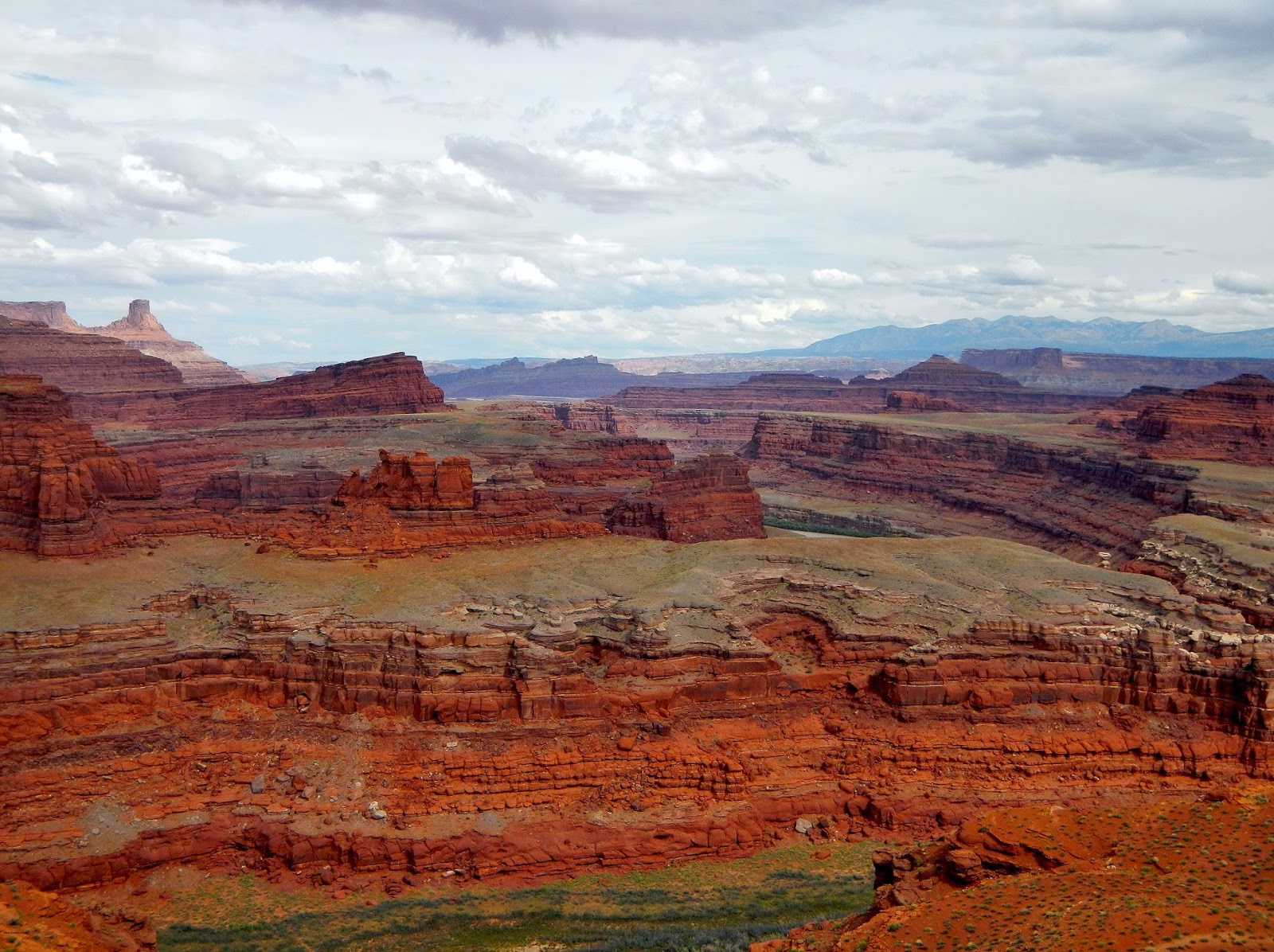 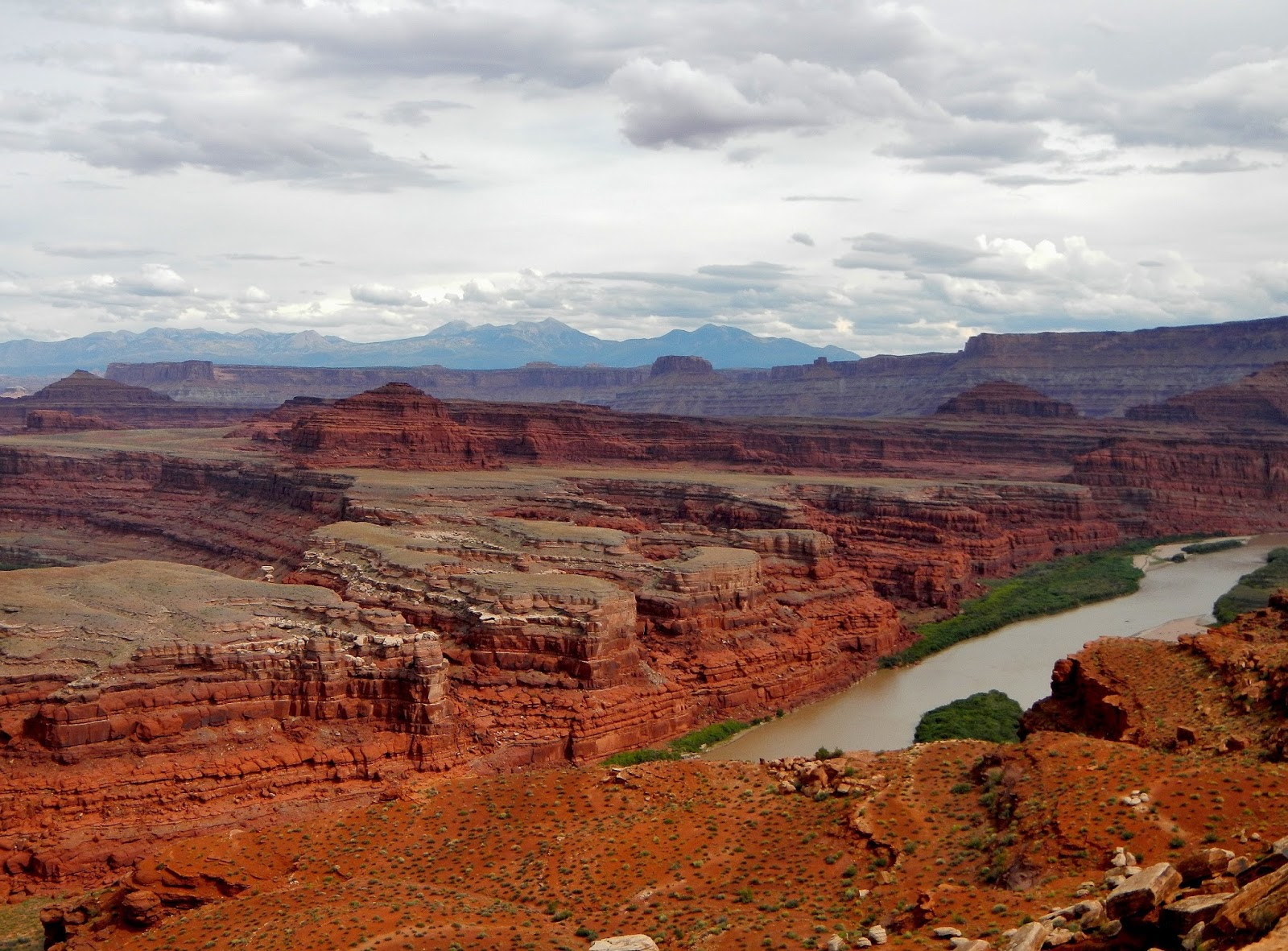 We passed by two massive buttes before finally reaching one of our goals, Musselman Arch. 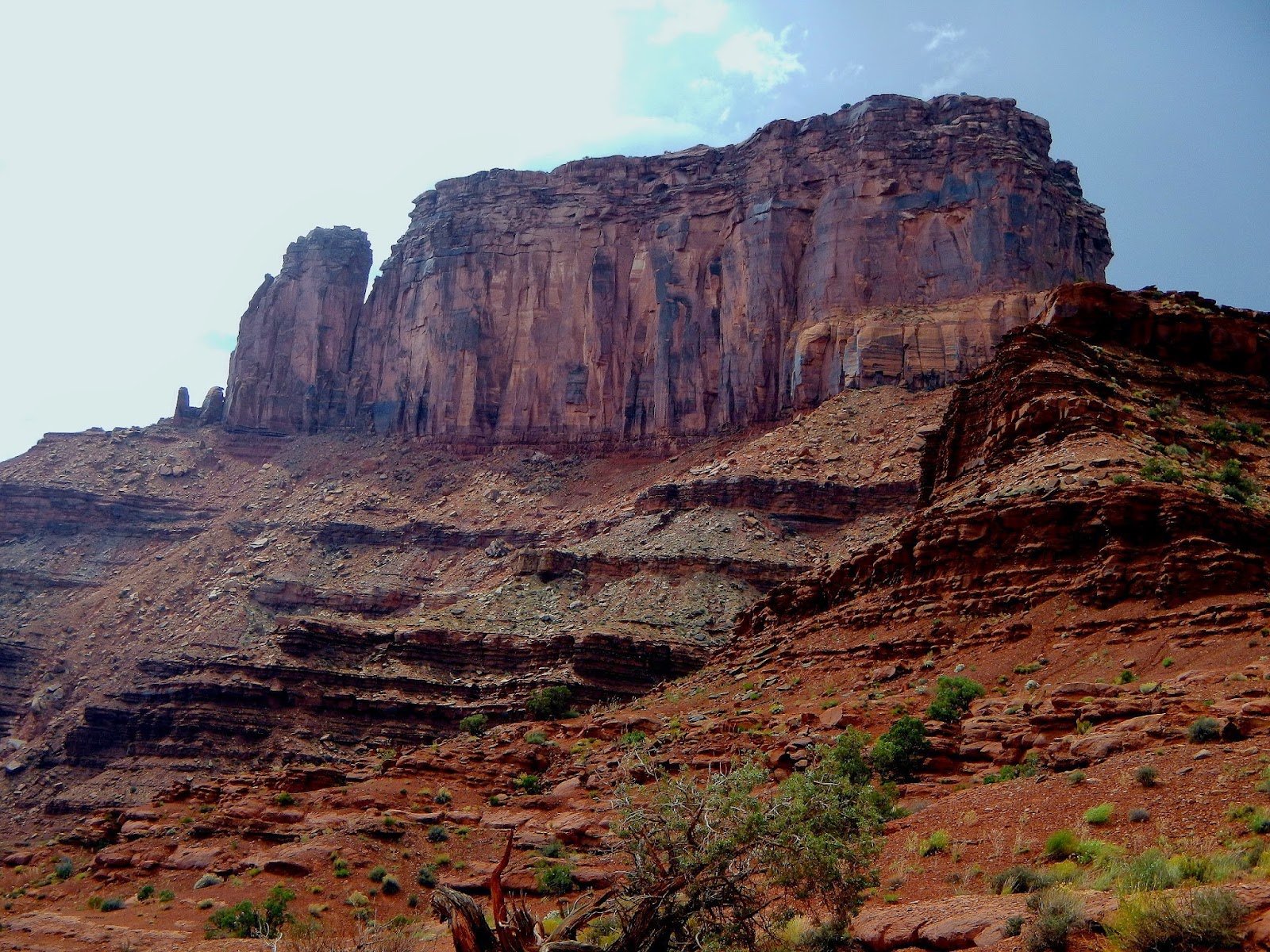 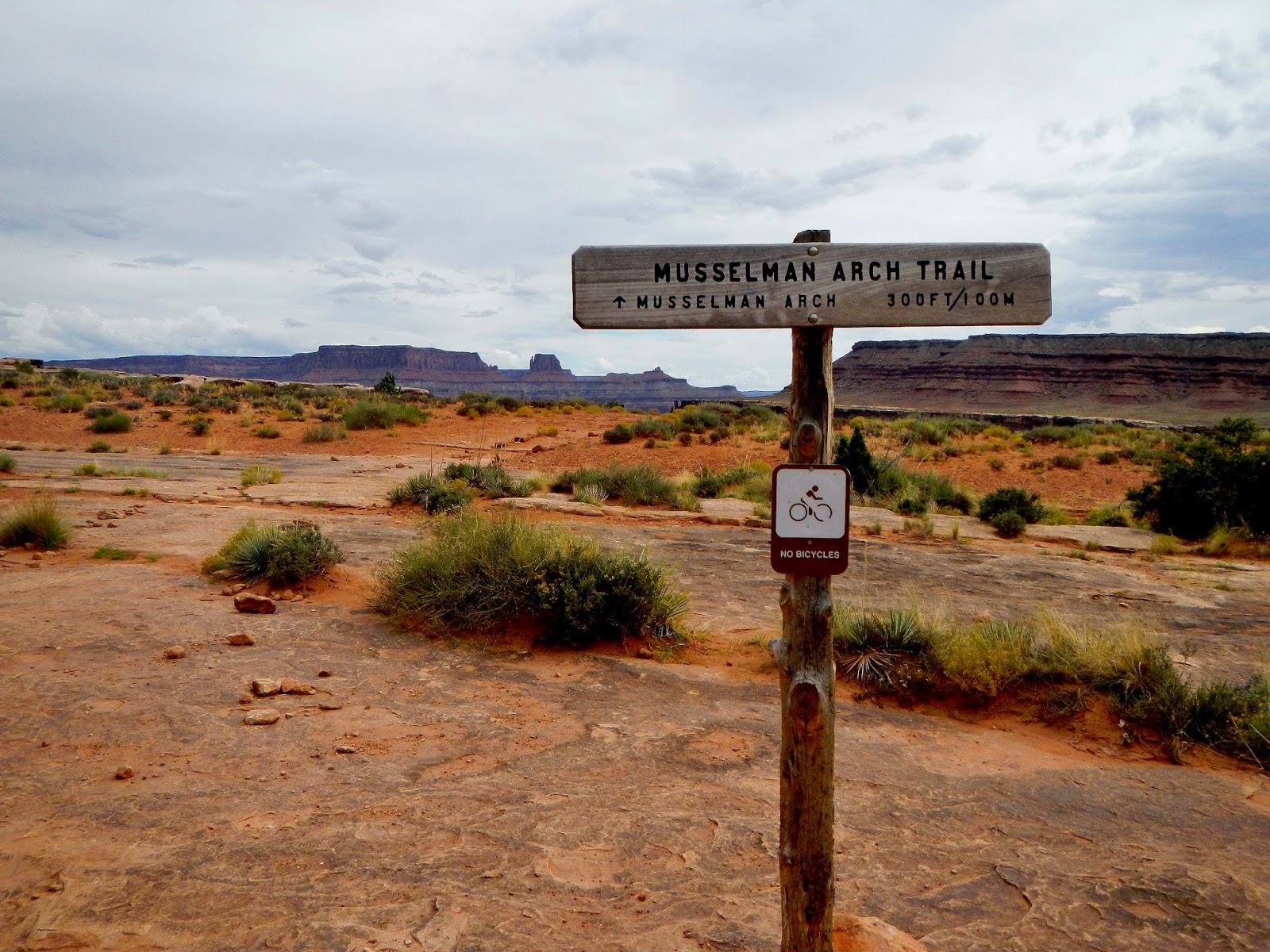 Formerly known as "Little Bridge", and you'll see mention of Little Bridge Canyon on the map, it was renamed after Moab local, Ross A. Musselman, explorer, rock shop owner, developer of the Pack Creek Ranch.  National Geographer writer, Jack Breed, renamed the arch/bridge after Musselman in recognition of all the help he had given the writer.  Musselman Arch is 5 feet thick, six feet wide, 187 feet in length, and it's 300 feet down to the canyon floor below.  Did we walk across this bridge...that's a big HELL YEAH!!!  The trick is to just do it, don't hesitate and especially, don't look down.  Mountain bikes are NOT allowed across; walking only. 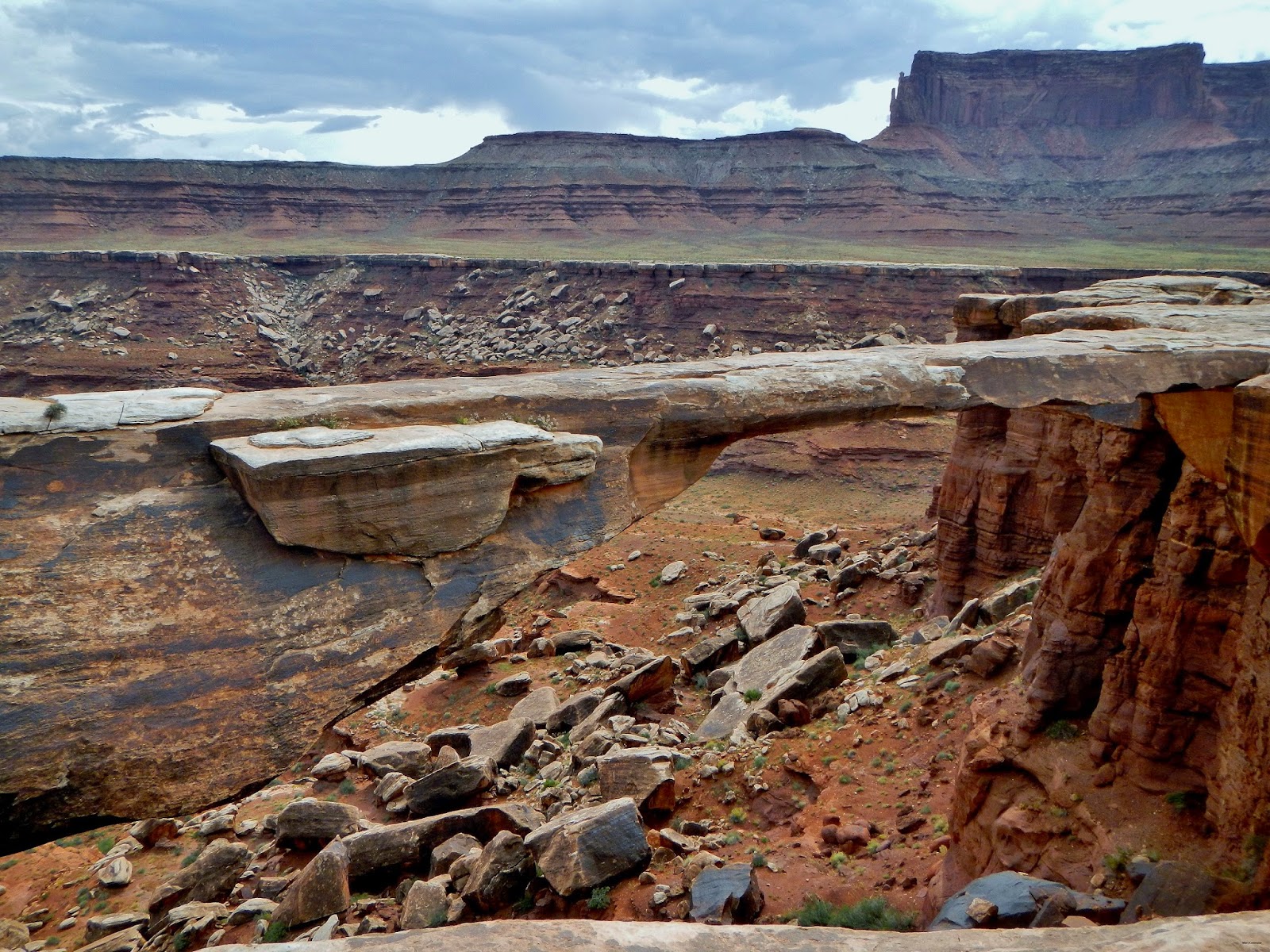 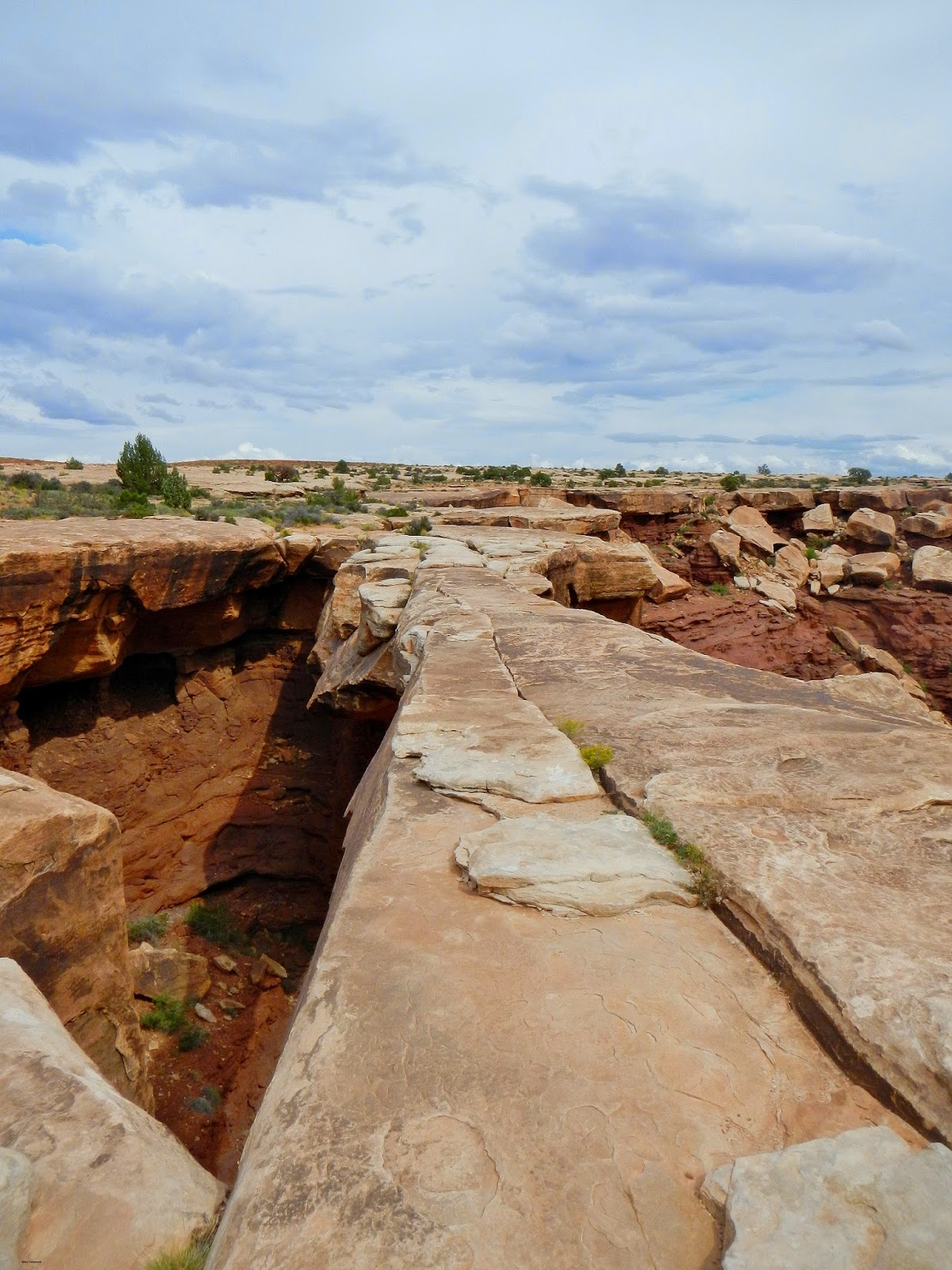 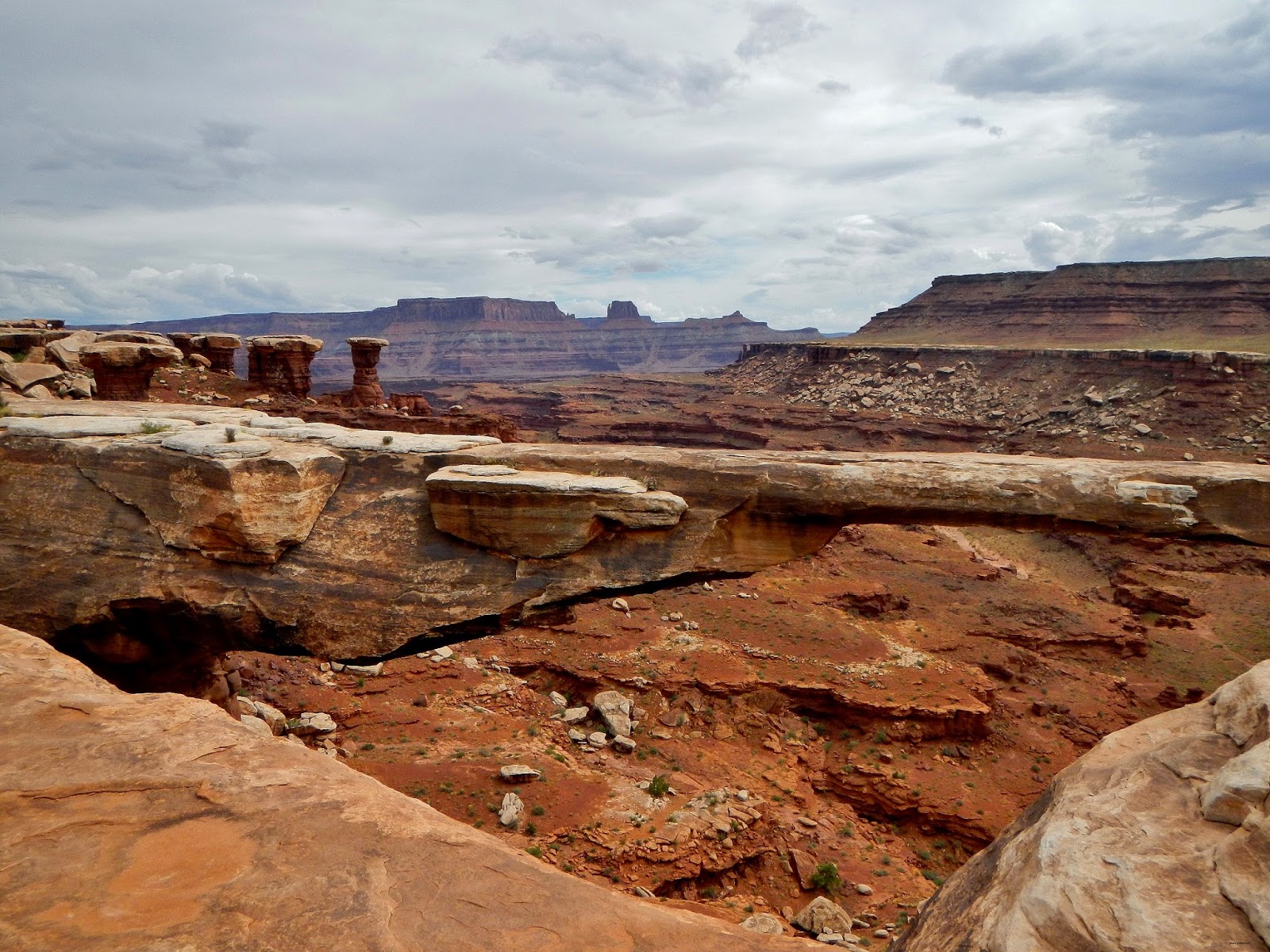 ...and at one end of Musselman Arch, Walking Rocks are easily seen; upside down legs, feet skyward, walking the air. 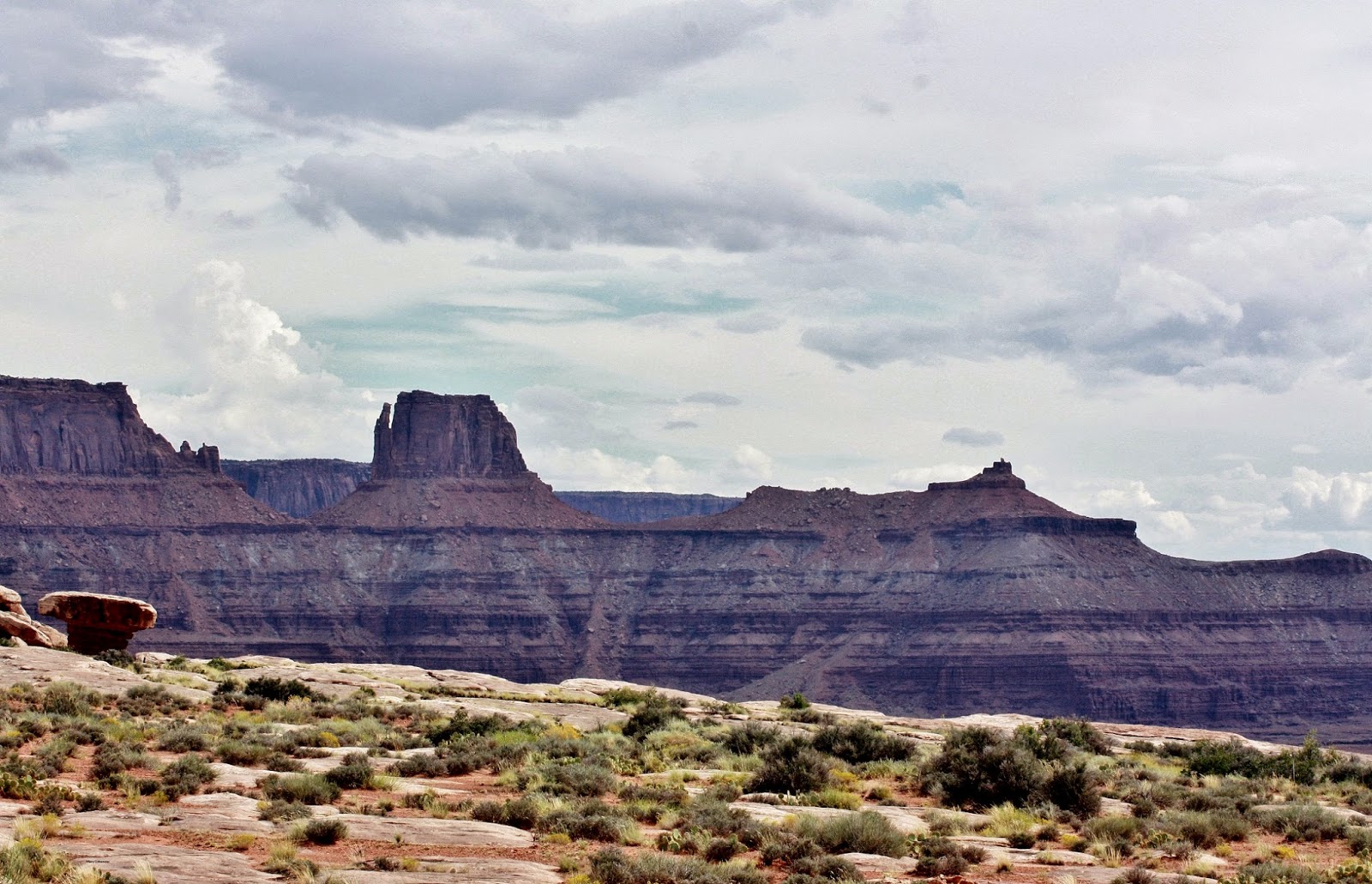 As I wrote at the beginning, we'd only gone a few miles towards Lathrop Canyon before the weather made us turn around and go back.  That means we didn't have a chance to stop at the Gooseneck Overlook either, but hey, it's back on our to-do list with Washer Woman Arch and Monster Tower. 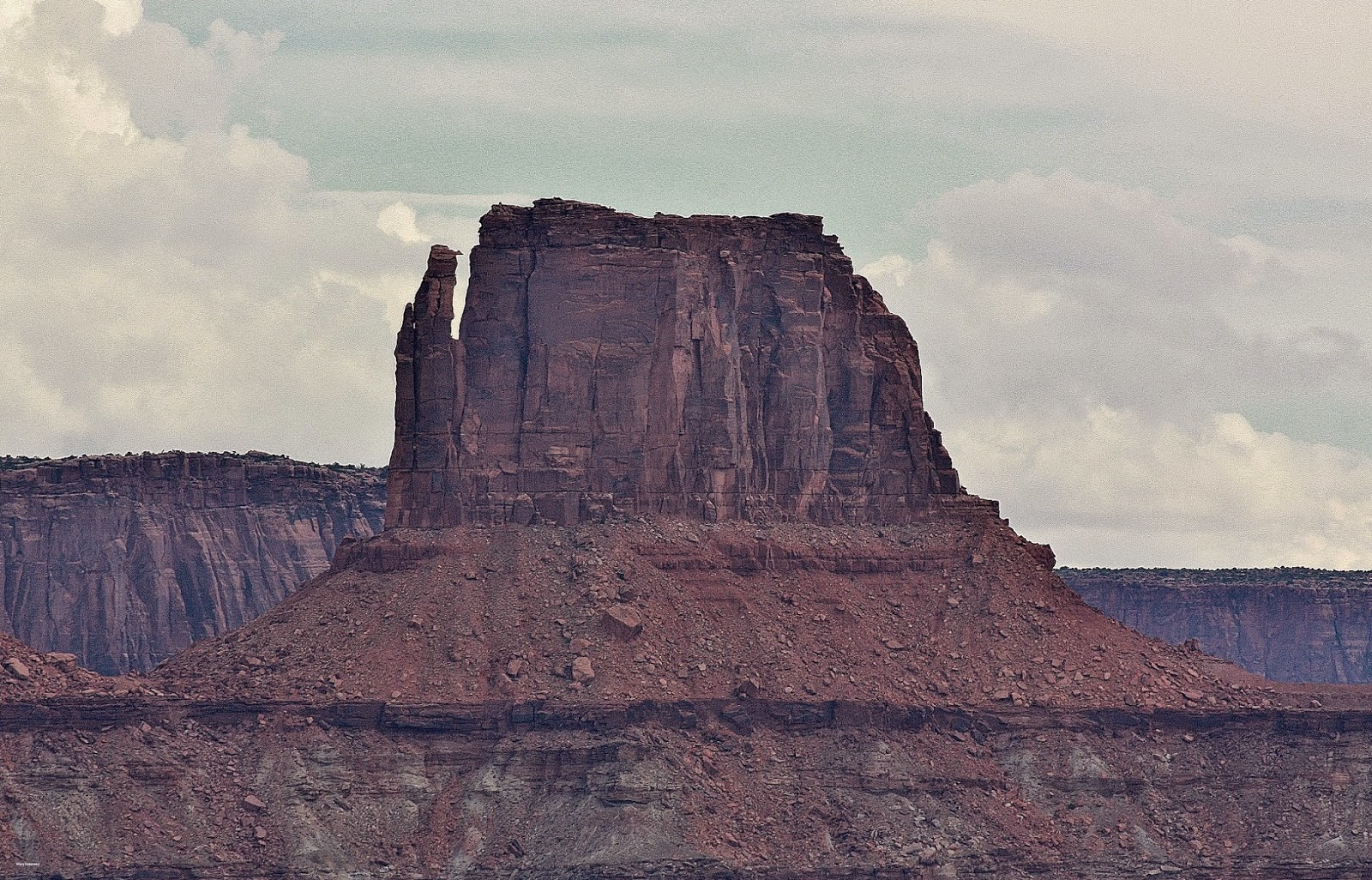 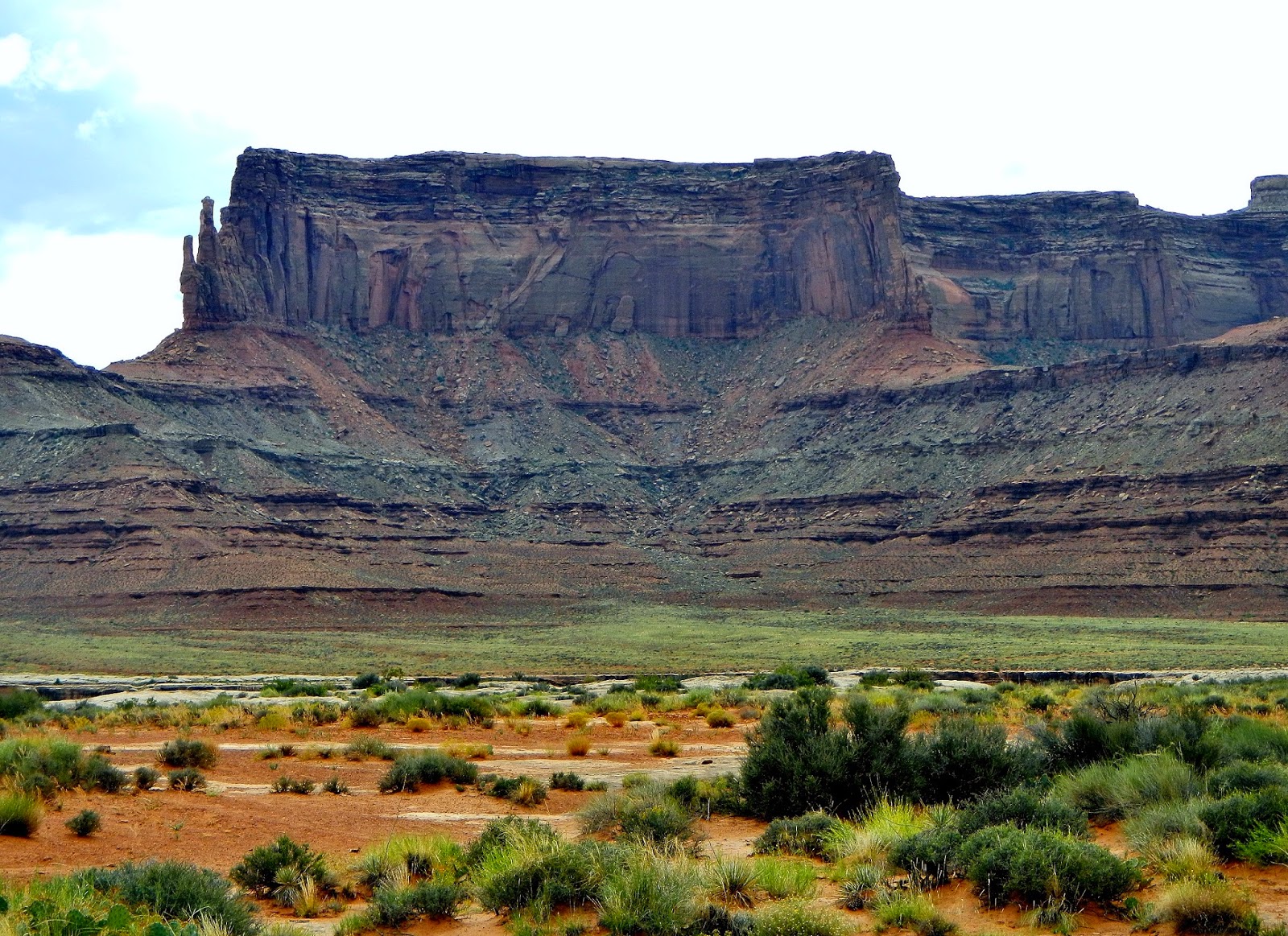 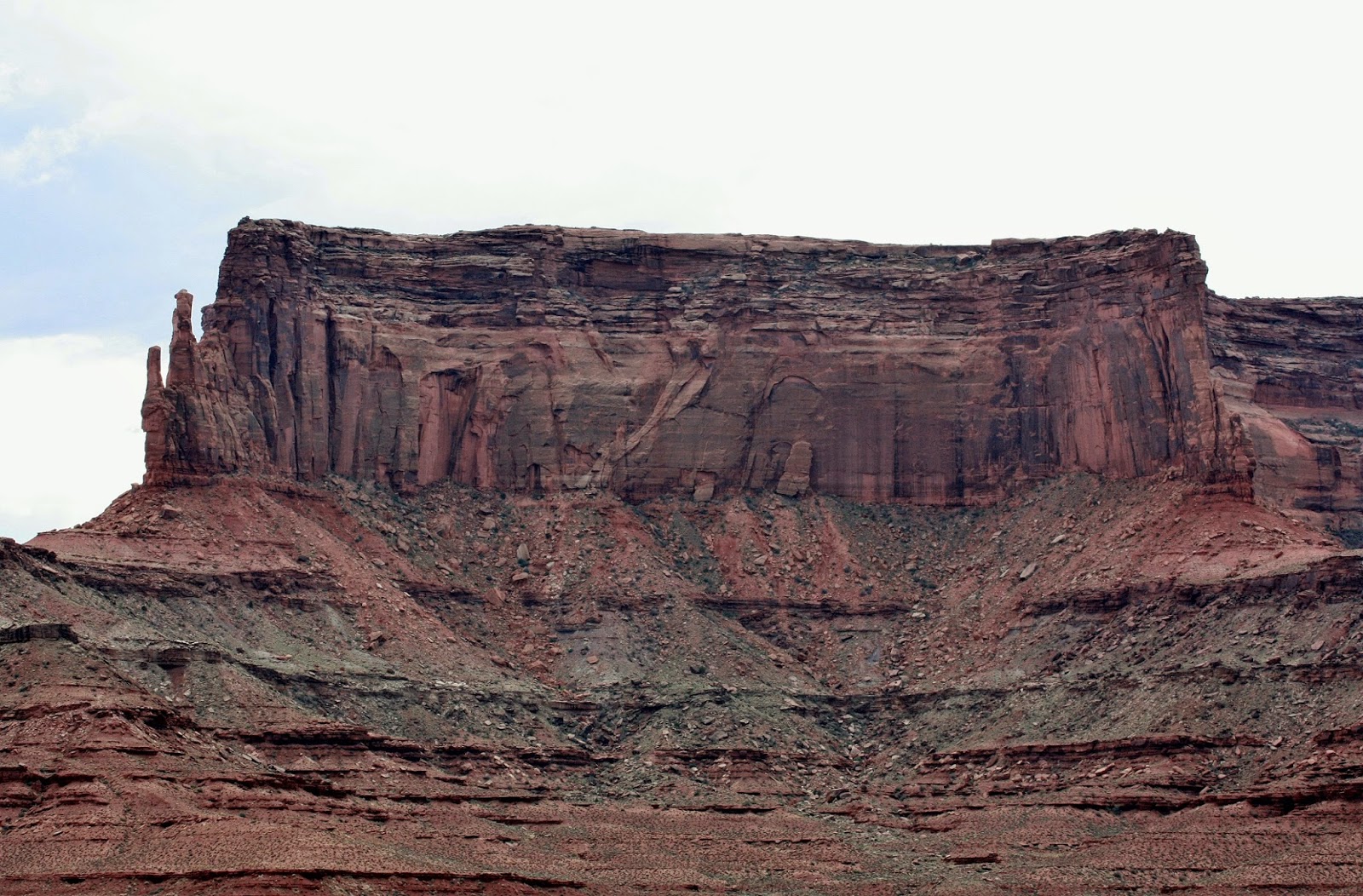 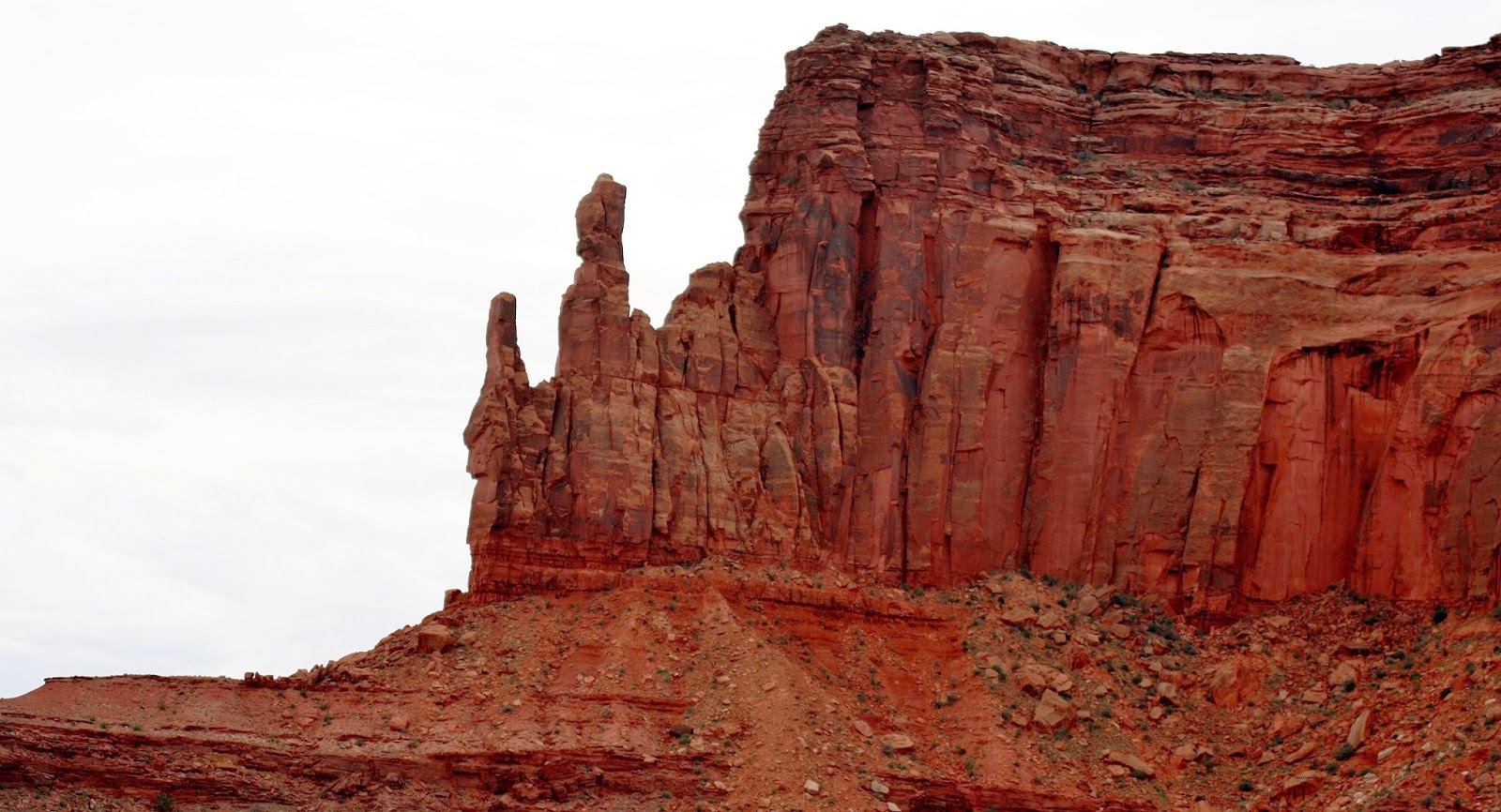 Once back to the junction, that's when we did the Shafer Trail to Potash Road.  It was amazing, all of it was amazing; we're looking forward to going back and doing more!