A Mine Find in Monument Canyon. 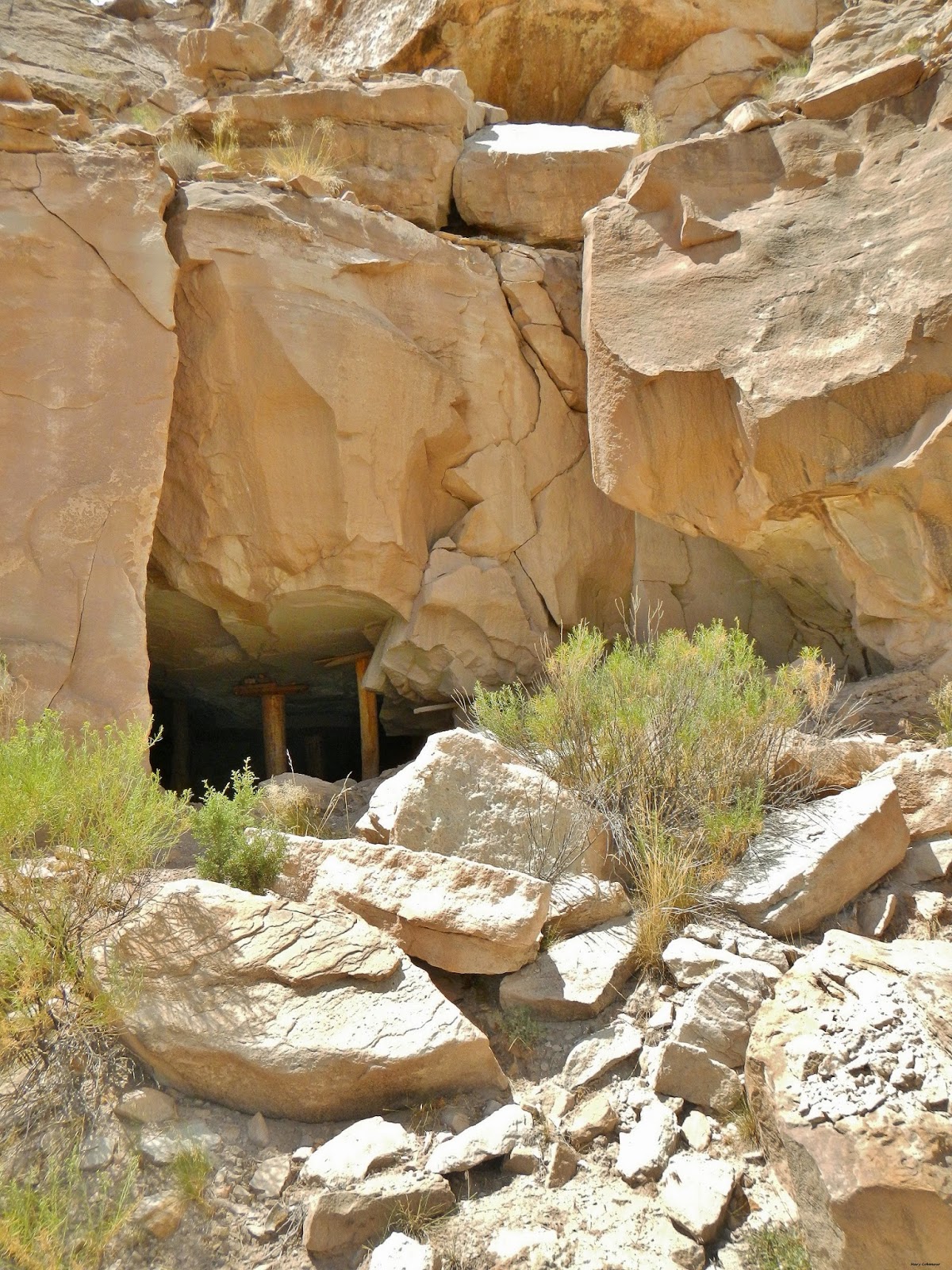 I'd told Roy about my ride through Monument Canyon (CR372), and after seeing the road to it when we drove the upper half of Coal Bed Canyon (CR 341), he agreed to the drive. Now this is one of the big advantages of driving with a partner, one of you is bound to catch sight of something the other person might miss. The first time I'd gone through, I'd found that cave, or what I thought was a cave, opening. The second time through led us to a larger find, a mine close by to the opening I'd first found; I'd missed it, but Roy spotted it immediately. 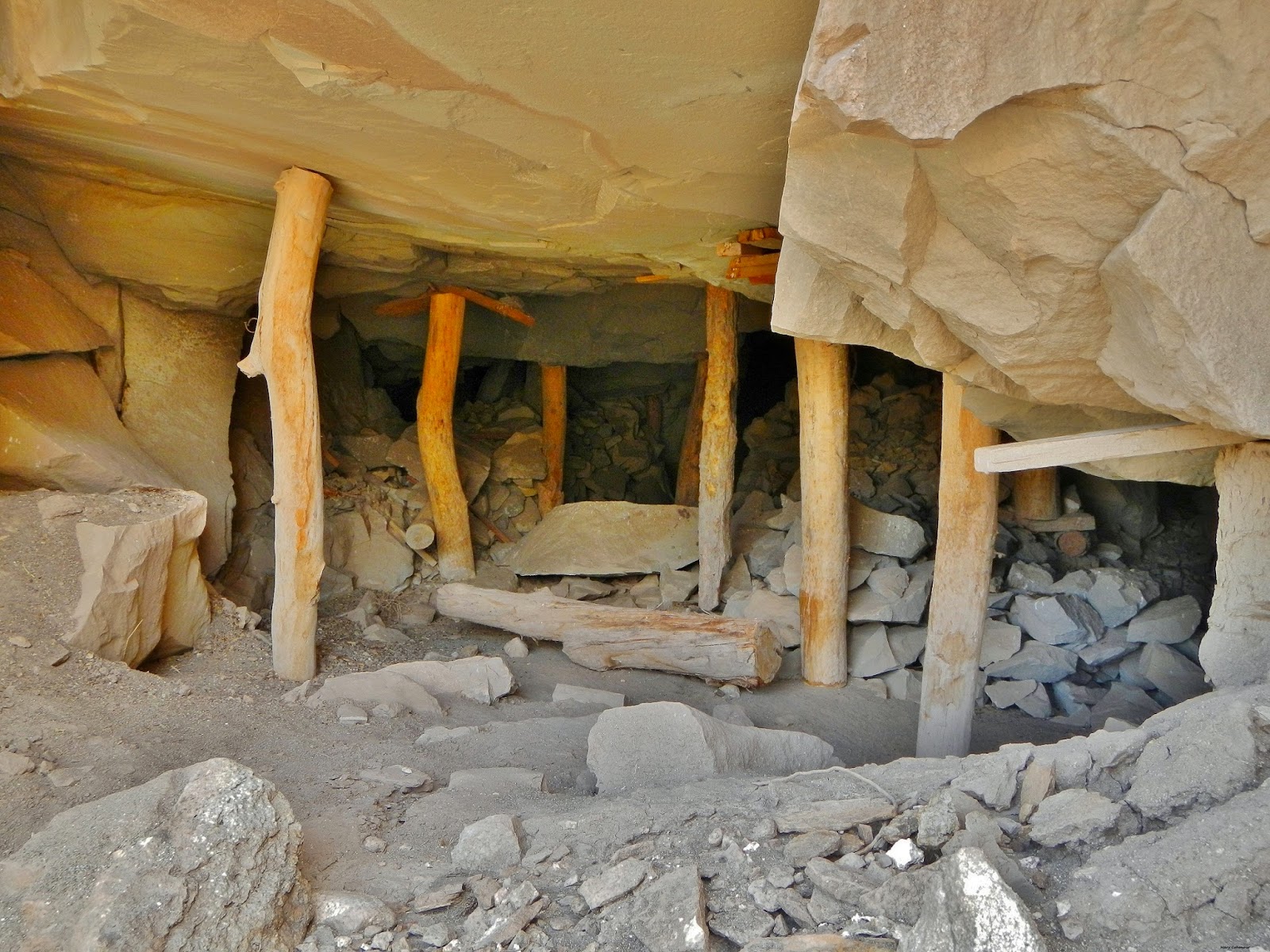 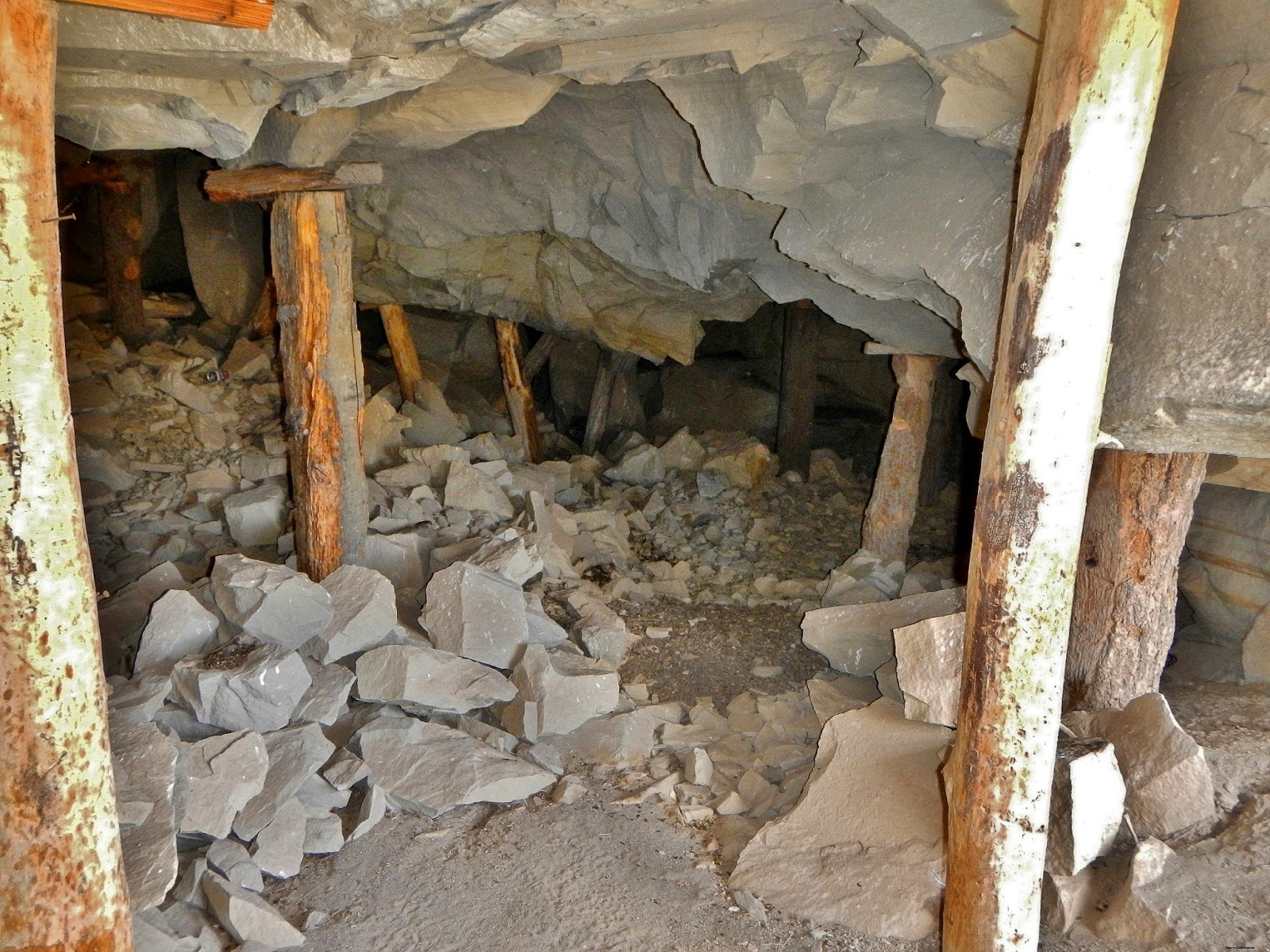 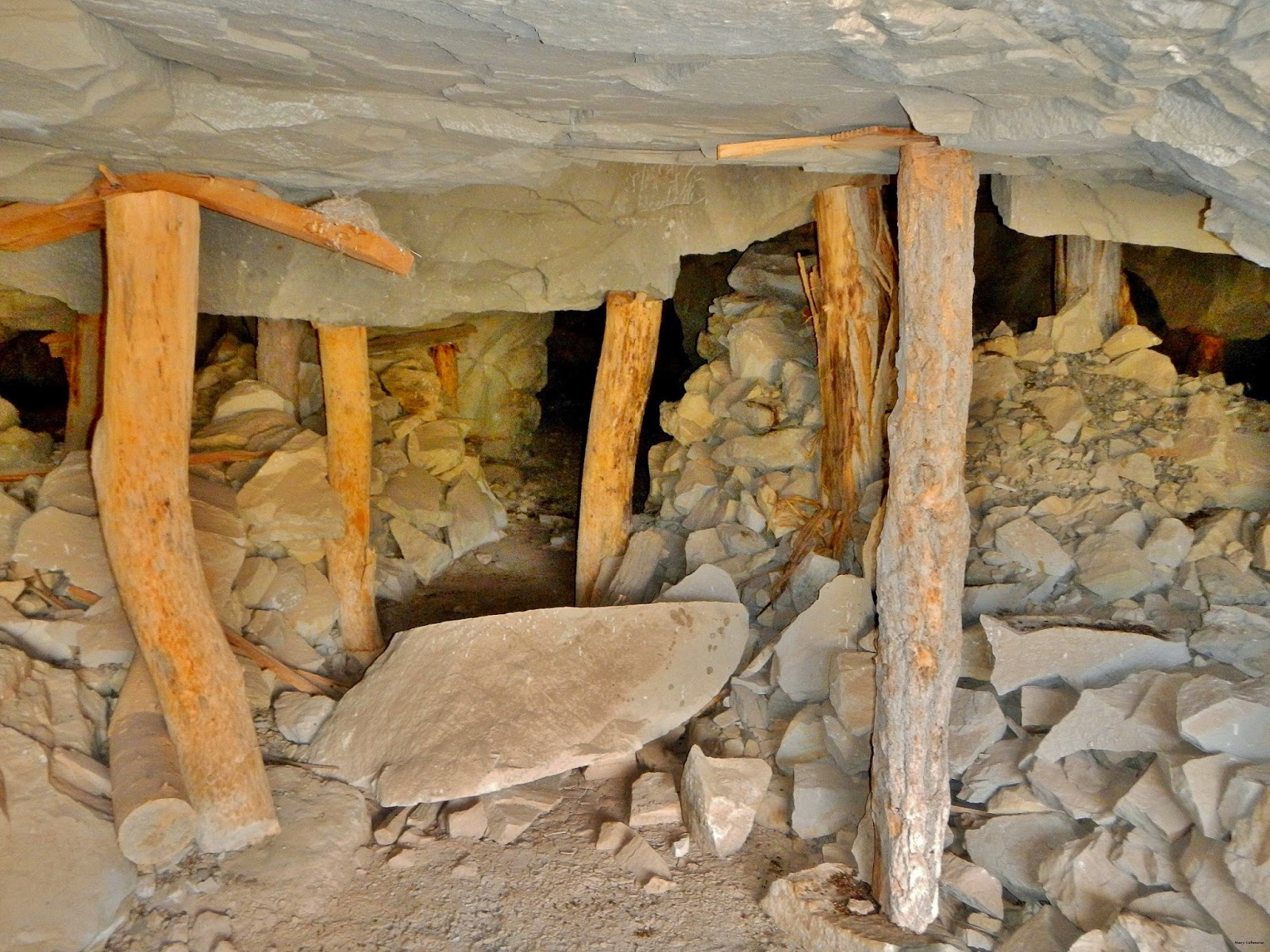 We found out later on that mines in the various canyons are no surprise; I'm not talking about old abandoned mines here, but newly developed ones.  What we were told is that it's not unusual for people to start a mine to tap into one of the natural gas or petroleum lines in the area; fossil hunt; or dig for a mineral of some sort.  Number one, you have to be careful not to venture into these mines as you don't know how safe they are.  We could see lots of fallen rock everywhere and some of the timbers were obviously cracked.  As much as we both wanted to go deeper inside; fear of getting injured, killed and/or trapped kept us sensible.  We also didn't know for sure if anyone or thing was in the mine, whether hiding or using it as a home.  Number two, the people who opened these mines are protective of them when they're around; they won't think twice about shooting at you; whether to simply warn, or inflict harm, is their choice.  A huge reason why is they're not supposed to be there themselves! 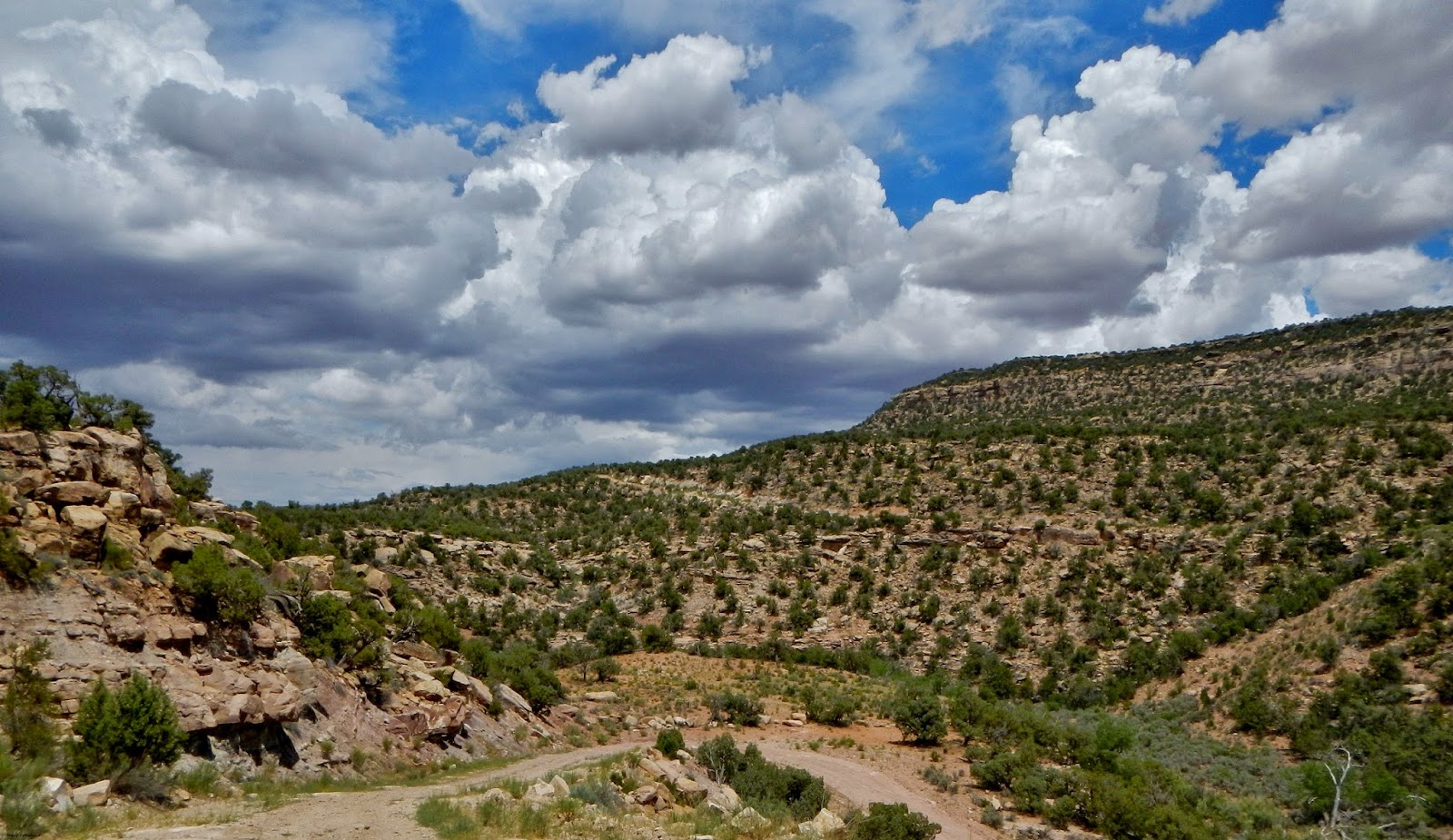 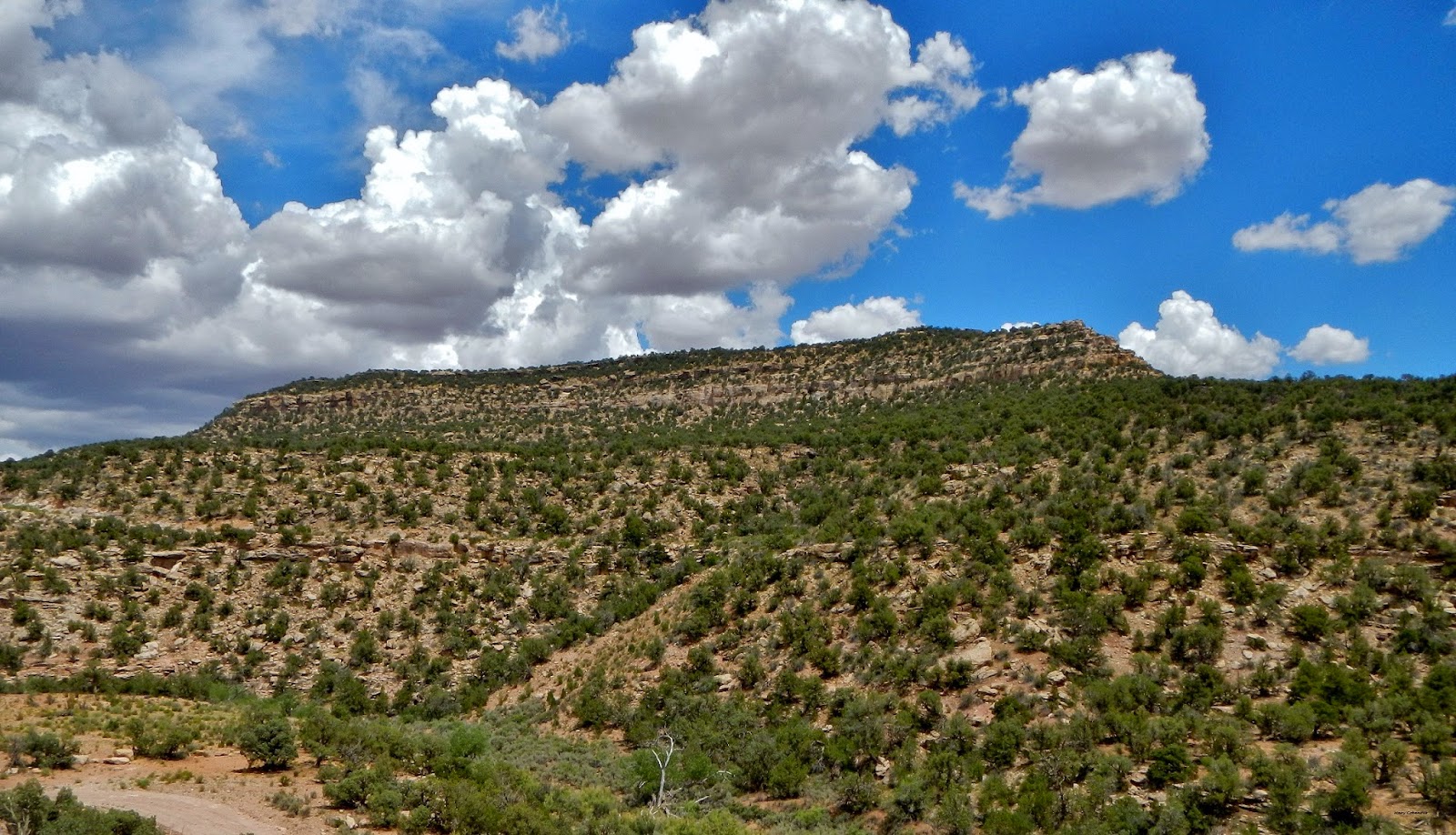 Being monsoon season in San Juan County, we weren't surprised to see storm clouds coming in from the west.  Since I'd traveled this road before, I knew how many miles until we reached the upper roadway leading to Colorado, into Dove Creek, back onto Route 491 and home.  Roy, Roy, Roy, oh yea of little faith; he kept questioning me on, "Should you be taking so long on photographing the area?"  A few shots of the storm coming in, how could I resist those dramatic skies; and we made it to Dove Creek just as the thunderstorm hit.  A leisurely drive back to Monticello and the SUV got a good washing for free; it was all over by the time we reached our home.  That's the thing with monsoon season; storm clouds everyday, maybe thunder and lightning only, maybe rain from five seconds to five hours; maybe the whole she-bang!!! 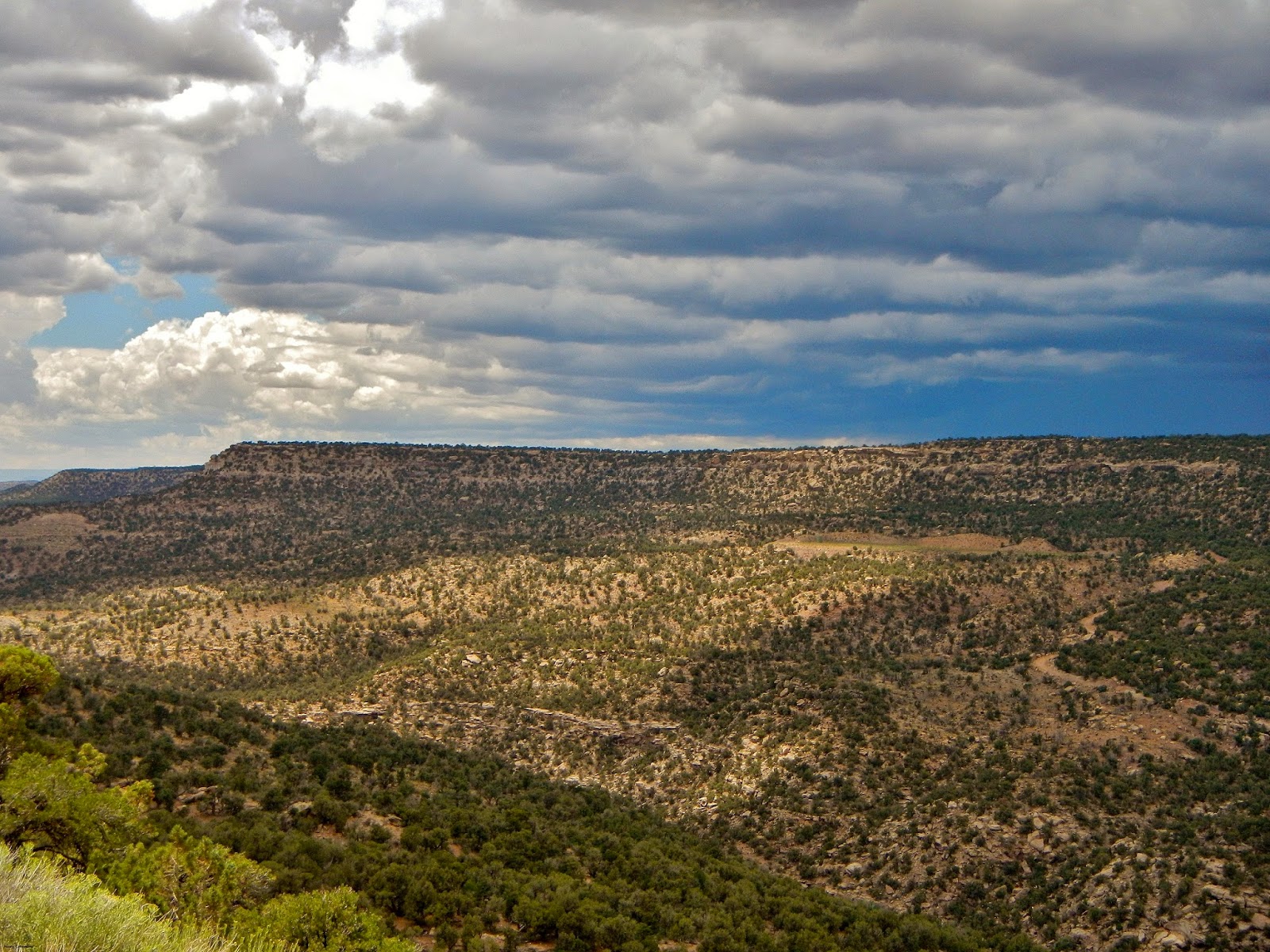 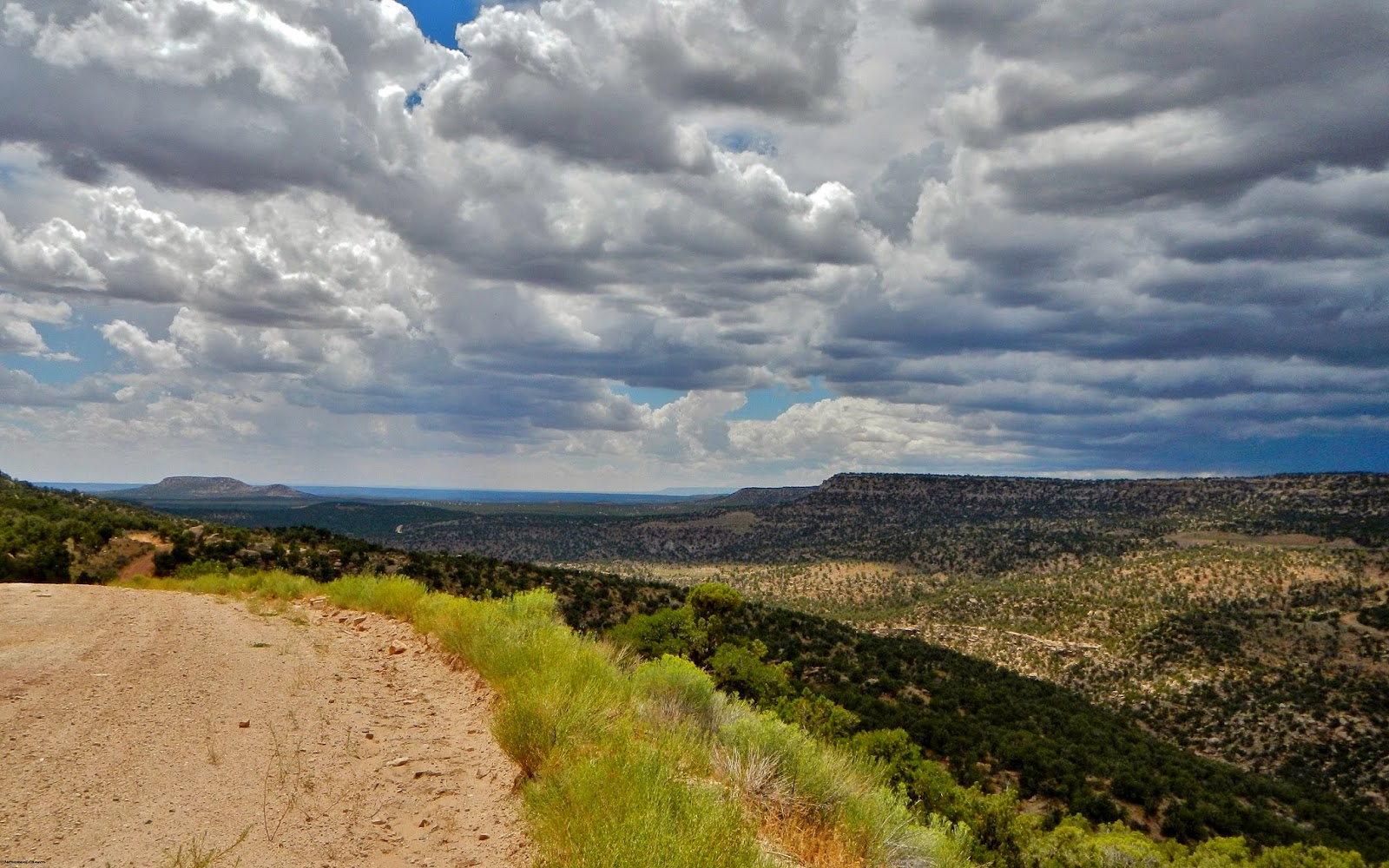 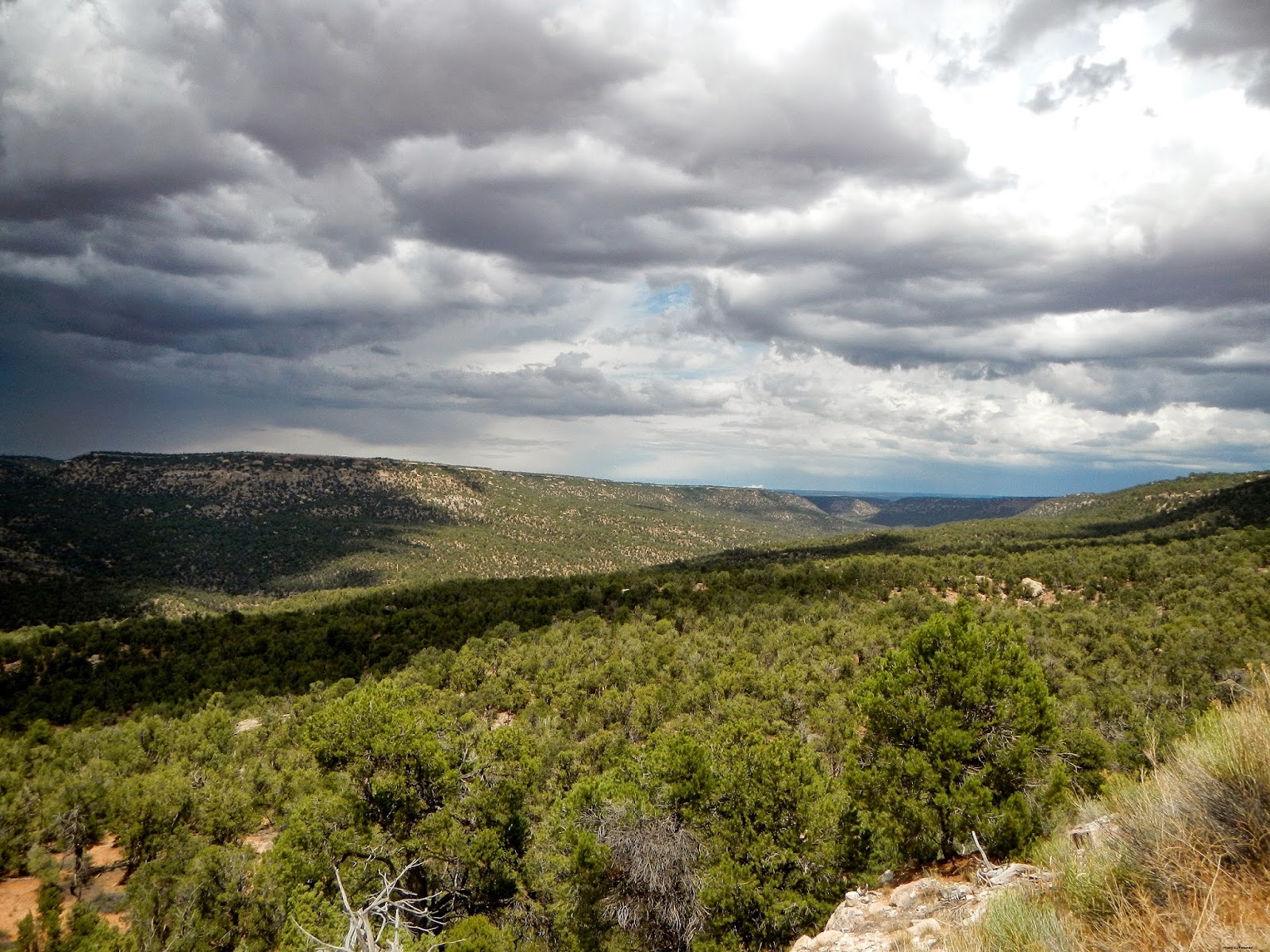 Only out for a couple of hours, but the amount of pleasure...priceless!